It’s not just Milan that boasts a dazzling array of off-spaces and showrooms; Stockholm is likewise full of furniture makers and young designers wooing the public with their works – beyond the pale of the trade fair halls. What fast becomes clear is that an underground parking lot, factory complex or attic, i.e., spaces that have a history and character, make for a rather different atmosphere than that of a trade-fair stand, however good the stand design may be. Even the Stockholm Design Week itself chose a rather unusual location for its central exhibition, which bore the rather quizzical title “Glass Elephant”, and went for a kind of tunnel beneath the “Museum of Far Eastern Antiquities” on the island of Skeppsholmen.

These cave-like catacombs are now home (like the proverbial bull in a china shop, which becomes an elephant in Swedish) to bright red industrial robots by leading robotics company ABB who were playing around with all kinds of fragile items, lifting, spinning and rotating the precious pieces, which if they were to fall would surely shatter into a thousand shards. Which of course they don’t. This spectacular display of mechanical choreography definitely has a certain charm to it, despite the fact that in the end you find yourself wondering who really plays the lead in this ballet. One must say, in this case, less (robots, that is) would probably have been more, as it would have allowed the iridescent glassware in the blue cave at least a few moments in the limelight.

Emma in the parking lot

While “Swedese” displayed their newest additions in a classic showroom setting, Lammhults took to the ground floor of an old building directly opposite the cruise ship terminal. Yet no matter how different the settings the various hosts had scouted out, wherever you went the air was filled with that leisurely friendliness that only Scandinavians have quite gotten the hang of. Just listening to Gunilla Allard introducing the new “Comet” chair series, you quickly come to understand why Nordic furniture is so laid back, so simple, so sound and so well-conceived; and why it asserts its role as a firm part of people’s everyday lives much more effectively and indeed sustainably than those transient fads from other corners of the world, which seem to incessantly seek to prove how new, different and exciting they are. All of that is completely superfluous here.

Then upon entering Fredrik Färg and Emma Marga Blanche’s studio in Kvarngatan 4, your heartbeat immediately quickens, though things here are definitely no less laid-back. The duo has been working together since 2010, the fruits of their labors include the “20 designers at Biologiska” exhibition, and chose an underground parking lot as the location for their studio – one would hardly expect to find something like this beneath a rather plain residential house. Still accessed via an entrance ramp, the underground space is surprisingly warm and, quite astonishingly, very spacious. What you notice here as soon as you walk in is that the tandem works as they would in any other design studio. Everywhere you look, cutting tables, sewing machines, tools and swaths of cloth.

Färg and Blanche have now for the first time spread their own products around among the tables, sewing machines and workbenches. One of them is the “F-A-B-Chair”, which like our own bodies can bare all or wear different items of “clothing”. If depending on the occasion you’d rather it covered up, you can slip fabric or leather covers over the narrow backrests – either sleek and narrow or sweeping and extravagant. The designers also exhibited the “Emma” armchair – distinguished by its interchangeable, upholstered backrest. While “Emma” may have also been on display on Gärsnäs’ trade fair stand, it nonetheless remains a product of the Stockholm underground in the true sense of the word.

Then things are suddenly turned on their head in Per Söderberg’s studio. We’re no longer in the basement but up in the attic of a fine fin-de-siècle building. While in stately residences and even in post-war tenements the arduous ascent to the top of the house signified a decline in social standing, this seems to have since done a 180. Once the backdrop to a rather dull, hard existence, here the loft has been transformed into the stylish setting of a wonderful, new living space. “No Early Birds” is the name chosen by Söderberg for the collection he has masterminded – here he exhibited the individual pieces among candles and mopeds and whether table, stool, secretary or shelf poised upon a tripod made of iron box profiles.

Galleri Jonas Kleerup on Jakobs Torg hosted a joint presentation by several designers where they exhibited their experiments and creations for companies such as Belid. The temptation to blaze the trail and deliver something a bit more quirky is clearly in evidence here in Scandinavia too. After all, the motto at present is: Is it art or is it design? If you like it, it doesn’t matter!

To this tune, not only did Alexander Lervik unveil three wooden rods containing LED strips arranged to create a sort of pendant light, but he also revealed “la lumière au chocolat”, a small piece that is scarily reminiscent of the “daynight lamp” evoked in the lyrical work of Christian Morgenstern, though Lervik’s work is naturally much sweeter. At least this funny little “chocolate lamp” has something in common with Korf’s invention as described by Morgenstern – it too “as soon as operated / turns the brightest day / into night.” But in this case, as soon as the chocolate frustum begins to melt, things soon brighten up again. Then, once it has all melted, it sets again, making bars of chocolate. So nothing goes to waste. Nonetheless, it’s nothing more than a fun gimmick. Those who have more of a taste for professional cooking than a sweet tooth should head for Electrolux. As the apple compote made in their induction wok was divine. 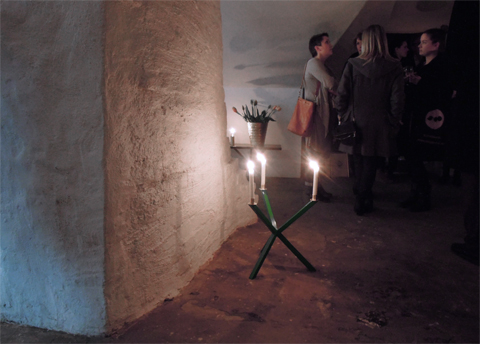 The tripod by Per Söderberg can be used also as a candle holder, photo © Thomas Wagner, Stylepark 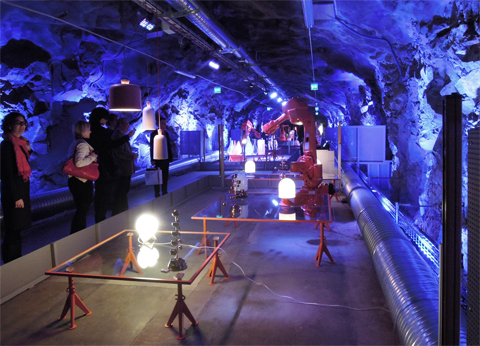 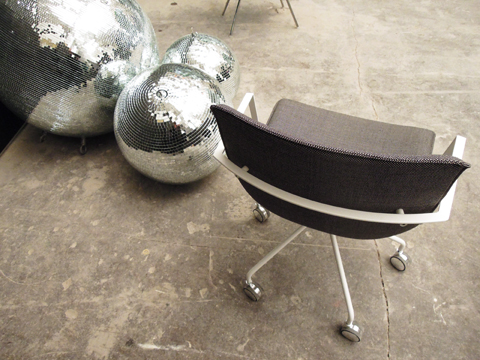 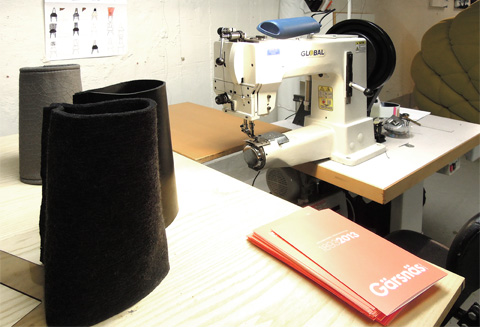 Also upholstery are sewed inside the studio of the designers Fredrik Färg and Emma Marga Blanche, photo © Thomas Wagner, Stylepark 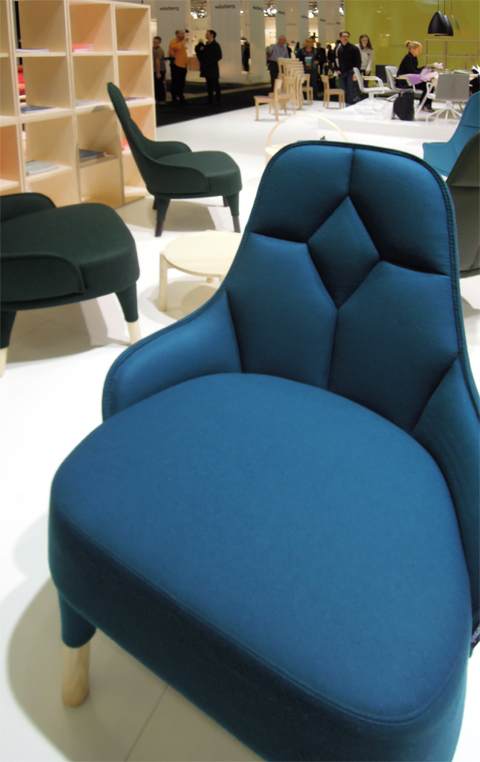 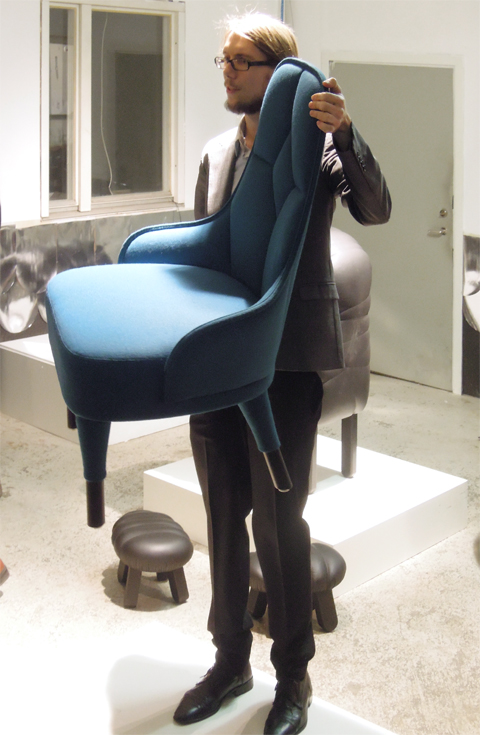 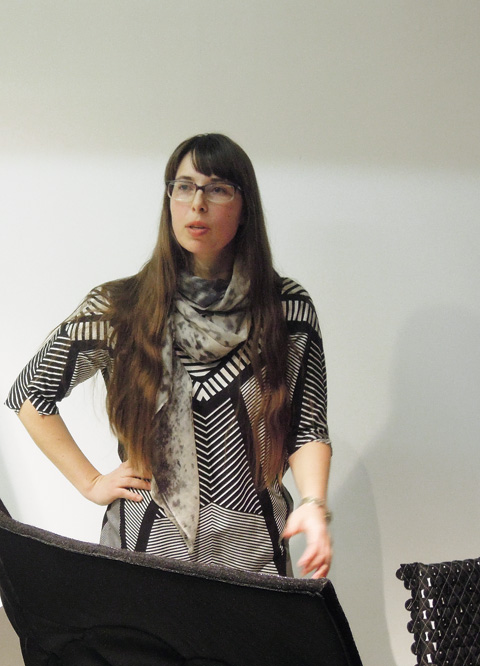 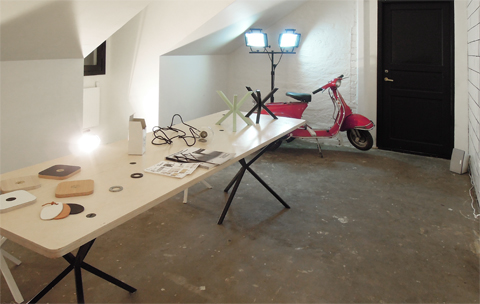 Designer Per Söderberg presented his collection “No Early Birds” up in the attic, photo © Thomas Wagner, Stylepark 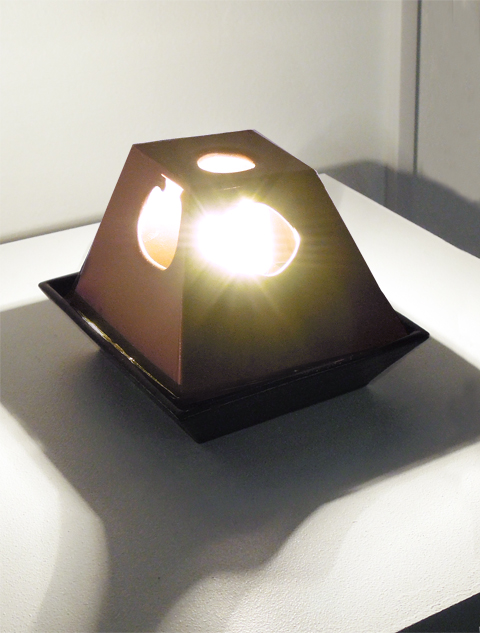 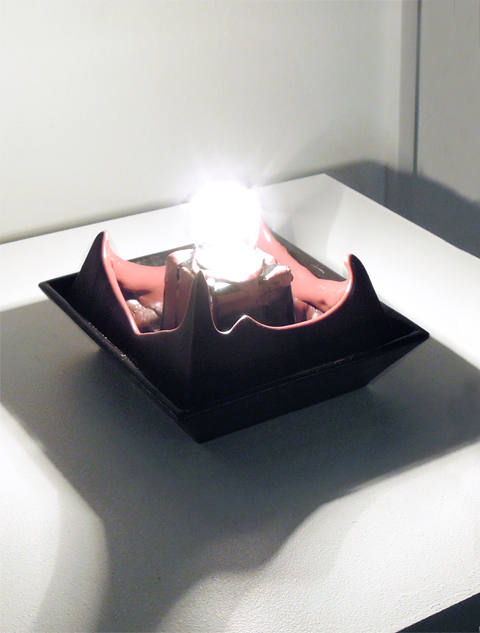 … which melt by and by, photos © Thomas Wagner, Stylepark 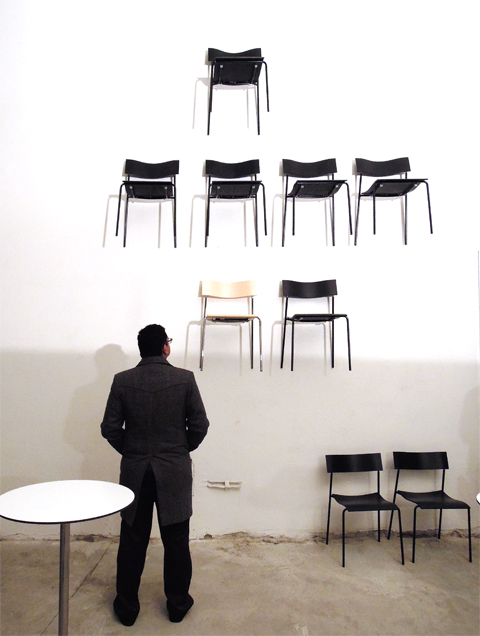 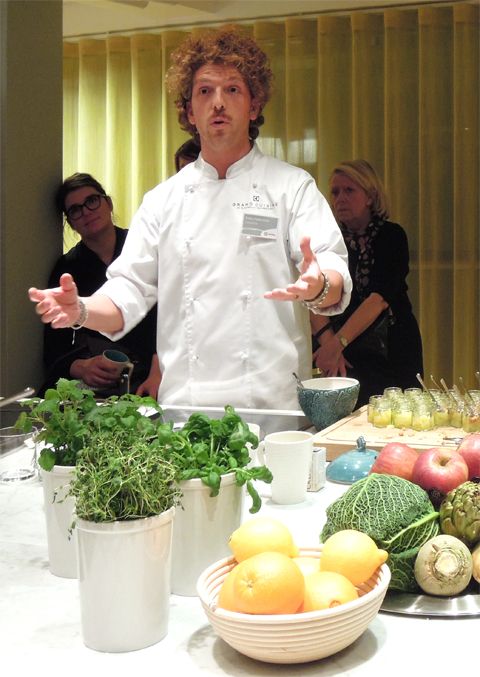 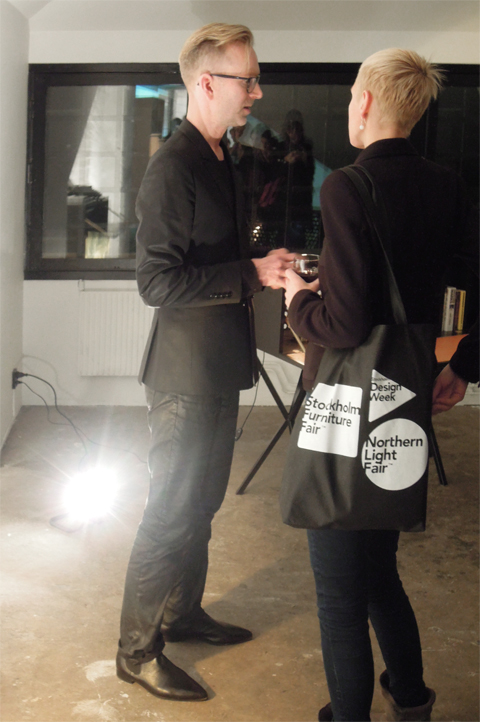 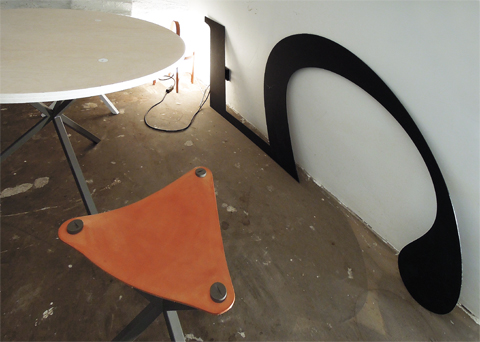 In the Studio of Per Söderberg, photo © Thomas Wagner, Stylepark 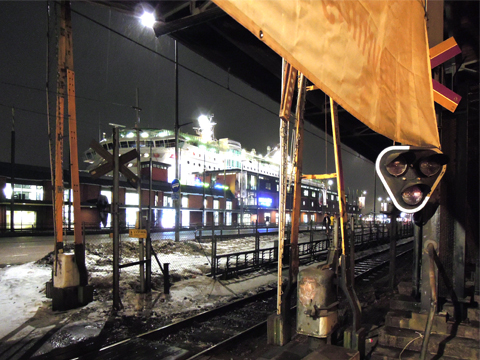