With the Place de la Concorde, Jakob Ignaz Hittorff created not only one of the world’s most famous squares, but also revolutionized how they were designed. This still has bearing today.
by Fabian Peters | 6/1/2017

It became the first modern square, because it was no longer possible to design it as a square in the original sense. The Place de la Concorde that Jakob Ignaz Hittorff designed between 1832 and 1853 was no longer intended to by a space where the city’ inhabitants could assemble and act. Nothing was supposed to remind people that four decades early precisely those inhabitants had flocked here to watch their king be decapitated by a guillotine. As a result, Hittorff created a prototype for a square that was to define those laid out in the 20th century: an intersection that could be expanded in size almost arbitrarily, and was structured by the flow of traffic. Hittorff’s design constituted a complete reinterpretation of the space a square used. The focus of his urban planning project was no longer on staying in the space, but on moving through it. Traffic flows were kept separate and also separated from the areas where you could spend time. In other words, it became a pioneer of the zoning of public spaces that to this day shapes the face of our cities. To not put too fine a point on it: The beginnings of cities designed to benefit autos are (also) to be found in 19th century Paris.

The guillotine on the royal square

The architect and the square he was to take a quarter of a century planning and redesigning – the two really tussled with each other. At the beginning was a grand failure: Jacob Ignaz Hittorff, born in Cologne in 1792, had already made a highly successful career for himself in Paris when, in 1828, he was invited to take part in the highly prestigious competition for a new design for the eight hectare large area between the Tuileries, the Seine and the Champs-Élysées. However, the jury did not like his entry and it was mocked in the press. Hittorff had failed because his plan did not manage to bond the contradictory forces of the Restoration and of renewal. He had simply subdivided the land firmly in keeping with Baroque landscape planning into parterres and paths which he then lined with gas lanterns of different heights. It all seemed remote, a concept that was not coherent with the scale of the area.

In the early 19th century, the space was still located on the outskirts of the city. Ange-Jacques Gabriel, architect to the court of Louis XV, had created it in the mid-18th century as an ostentatious site for a monument to the king on horseback, and had structured it by means of balustrades, ditches and small guards houses. But compared to the four older royal squares in the city – Place des Vosges, Place Dauphine, Place Vendome and Place des Victoires – all of which were framed by almost identical facades, “Place Louis XV” seemed to have no contours at all. It was not a contained space. And unlike its predecessors, its scale was no longer commensurate with a Medieval town square, where the reach of the human voice defined the limits of the space. However, precisely this large space was suitable for housing the mass of spectators when the guillotine was erected on it, and among the thousands was of course Louis XVI, who lost his head here.

A joint in the network of roads

Decisive changes in the urban fabric in the early 19th century led to the square no longer being on the periphery and emerging as a city traffic hub. Since 1791 it had been connected by bridge to the other side of the Seine and since 1806 the Rue de Rivoli had run as a central traffic artery through town, culminating in the northeastern corner of the square and continued then by Avenue des Champs-Élysées, which began on the southern side.

When in 1832 Hittorff was again asked to submit a plan for the square (and he was the only one asked), he focused in particular on the roads. The July monarchy had meanwhile decreed that an obelisk from Luxor, which King Louis Philippe had received as a gift from Egypt, would stand at the center of the square. In the course of his design efforts Hittorff came up with something like a double roundabout. He shaped the square’s center as an extended oval modeled on Piazza Navona and running North-South and on it, as in Rome, he placed the obelisk, flanked by two fountains. The road running round the oval is linked by eight access routes to the roads running into the square. He then planned at the edges of the square a second road separated from the inner road by lawns and the Baroque ditches which initially were still in place. In this way, the traffic crossing the square diagonally can take the shorter inner route, while traffic on only one side is guided round the outside.

Hittorff was also trailblazing in his use of cast iron for the gas lanterns and even for the fountains that he placed on Place de la Concorde and which (more or less at the same time as Schinkel in Berlin) he had manufactured industrially.

Cologne’s Wallraf-Richartz Museum, which is home to Hittorff’s estate, is now exhibiting his designs for Place de la Concorde in a noteworthy exhibition entitled “Paris erwacht!” (“Paris Awakens”) – and which begins with the swiftest traversing of Place de la Concorde in film history: Claude Lelouche’s whirlwind drive through Paris from the short film “C’était un rendez-vous”. 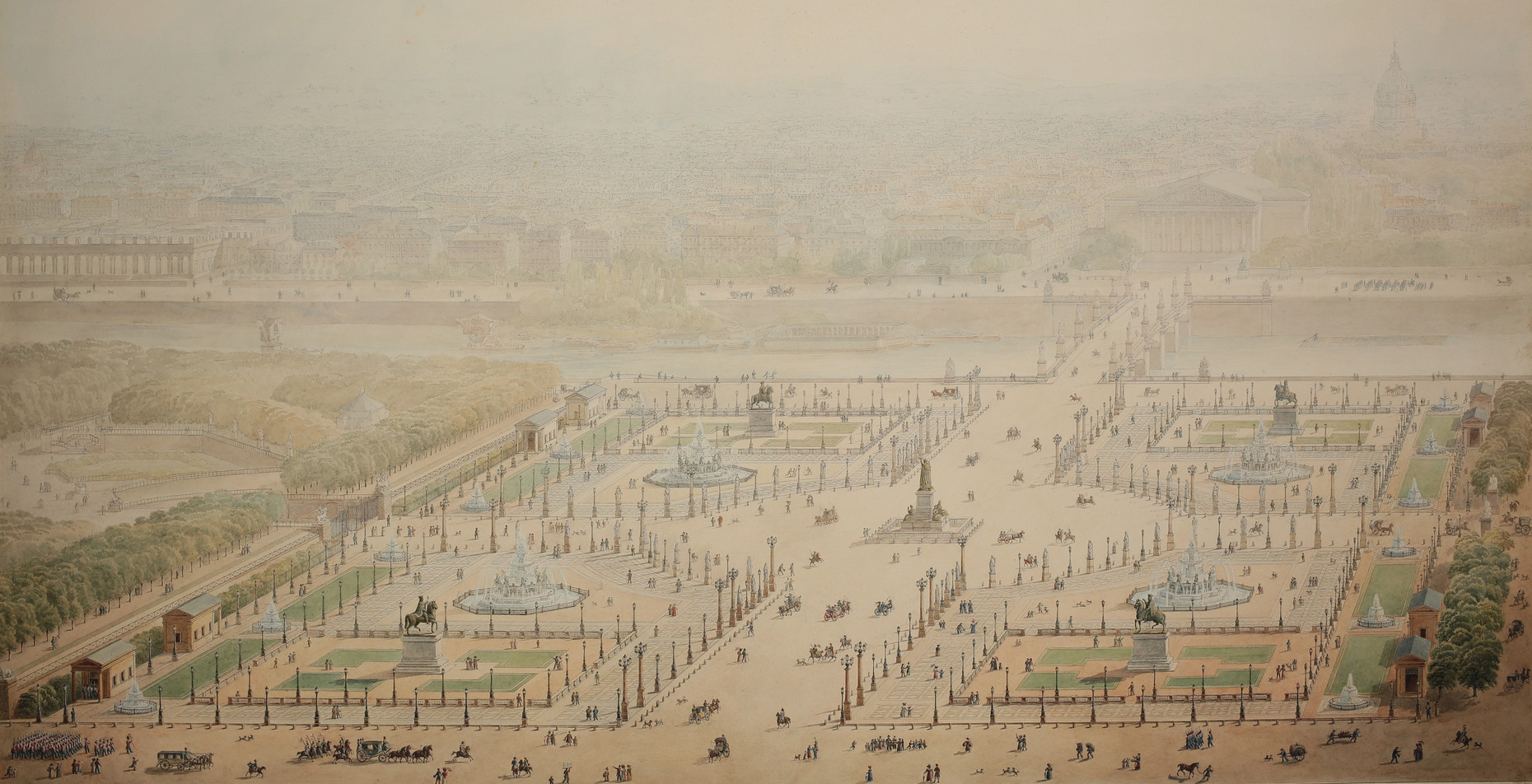 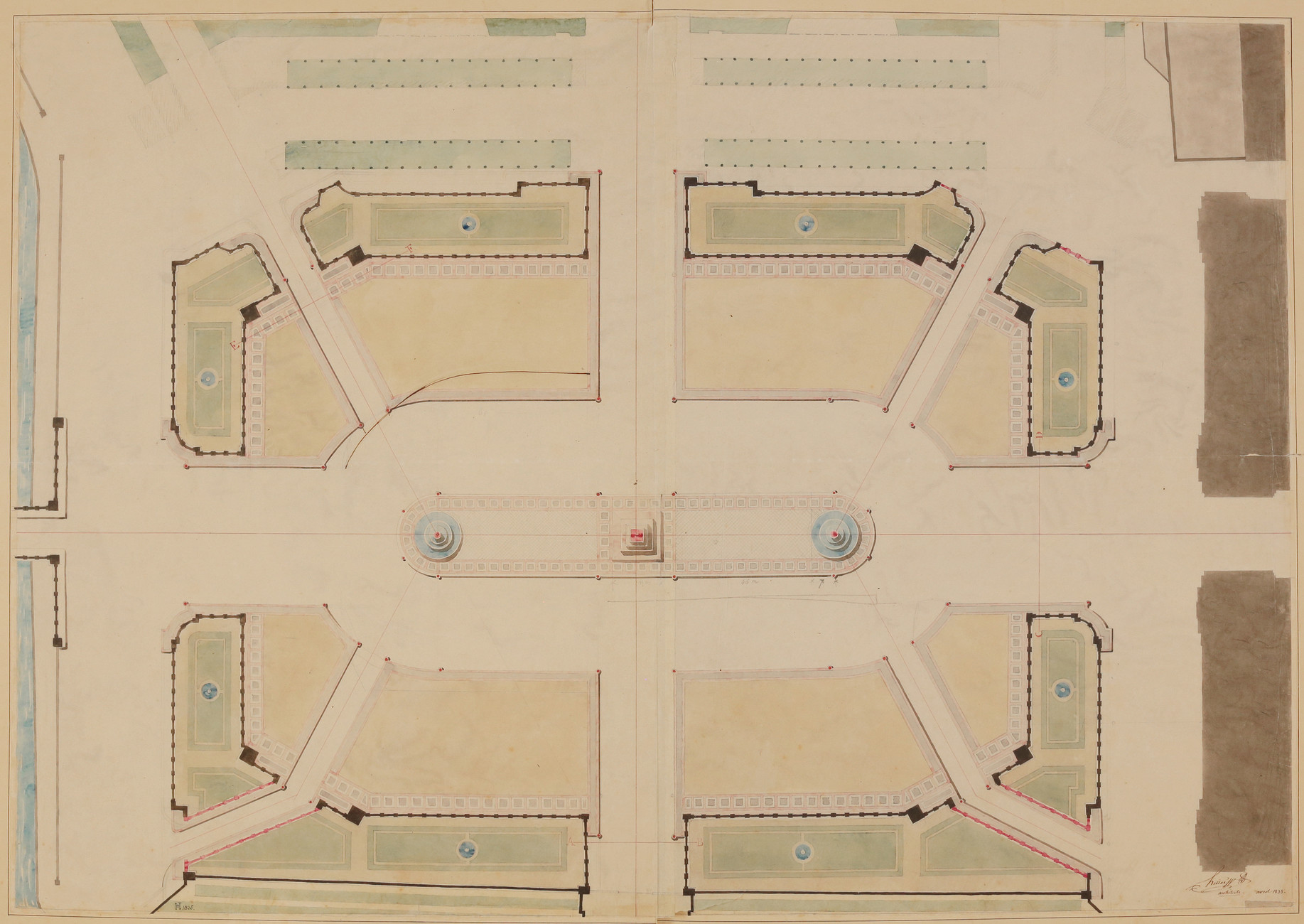 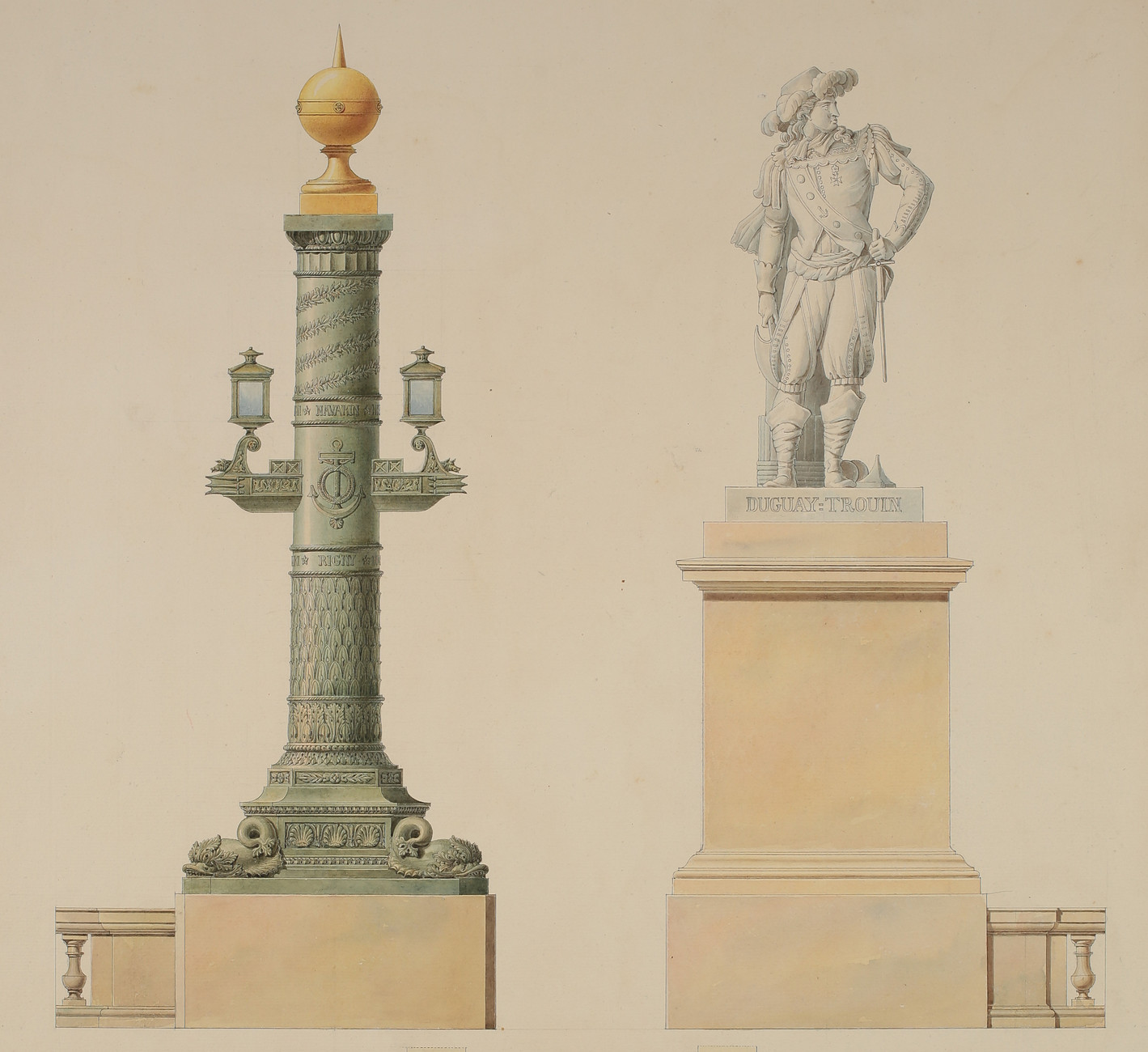 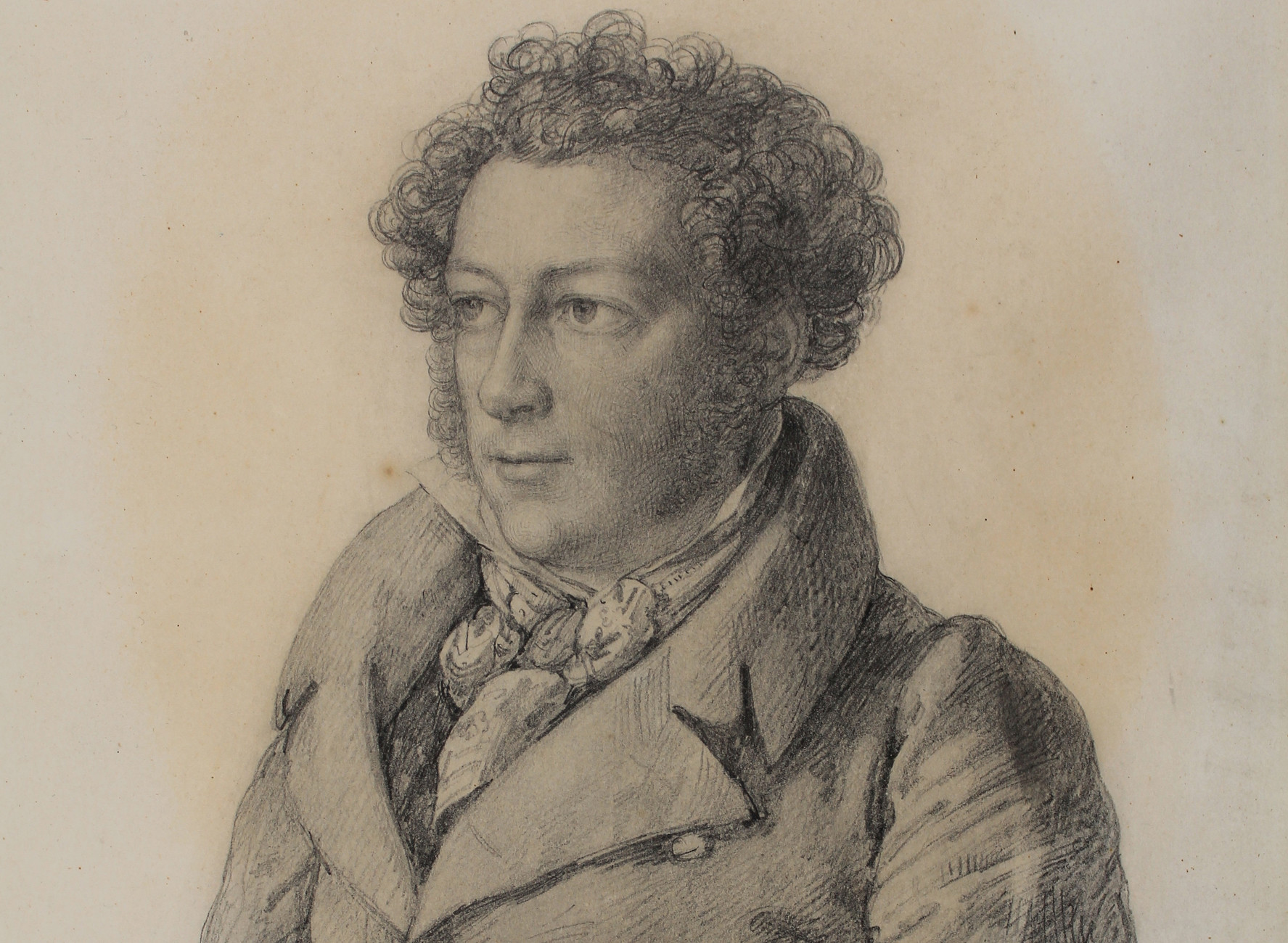