Frequently called the Gilbert & George of the fashion world, Viktor & Rolf have always liked turning things upside down. Although the floor remains at the bottom and the roof at the top of 'The House of Viktor & Rolf', there is no lack of irritations and distorted proportions to be seen. This exhibition at London's Barbican Art Gallery, which runs until 21 September, is a fashion review of the last fifteen years. Here, each of the designers' signature pieces is shown in a palatial doll's house: a doll's house that young girls – and big boys – have always dreamed of.

Viktor Horsting and Rolf Snoeren, the real names of the two designers, took the design world by storm with their special ideas combining irony and surreal beauty. Both were born in 1969 and grew up in The Netherlands. They met at Arnhem Art Academy at the end of the eighties and began their successful working relationship as designers Viktor & Rolf in 1992. Their first couture collection was shown in Paris six years later, in 1998, and now the time has come for an initial review of their first fifteen years of creative work together.

The idea for the current project goes back to an exhibition in 1995, in which the duo built a miniature model of a Viktor & Rolf world: with a photographic studio, a catwalk, a boutique and a perfume. This time, it is doll's house or, more appropriately, a huge fashion house.

In the room-filling building with a height of seven metres and a length of nine metres designed by Dutch architect Siebe Tettero, there are 55 dolls that, with their cubby checks, look as though they were made in the 19th century. Each doll has been made individually by a doll maker and clothed in one of Viktor & Rolf's creations. The figures wear elaborate robes, dresses with a voluminous cut or complete sets of lighting equipment with frames and floodlights.

But that's not enough: on the top floor, visitors can see video projections of Viktor & Rolf fashion shows in which 'real-live' models wear life-size versions of the miniature garments. In the foreground are figures with selected pieces of apparel so that one and the same garment can be seen in up to three different versions. This reflection, multiplication and displacement of the orders of magnitude represents, perhaps, the most exciting aspect of the doll's house.

As they told Vogue in Great Britain, Viktor & Rolf see their roots in the world of art and that's where they want to return. With their exhibition in the Barbican Art Gallery, they have begun their journey to the nutritious substrate of art. The individual must decide whether 'The House of Viktor & Rolf' is artistic fashion or a fashionable setting for art. At all events, they are certainly masters of the art of marketing. In the museum shop, visitors can buy, inter alia, sunglasses and perfumes created by Viktor & Rolf and, in the bar, even drink a special Viktor & Rolf cocktail. 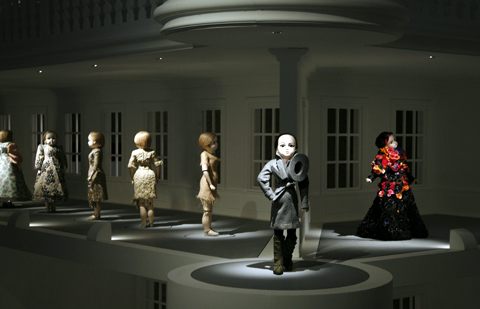 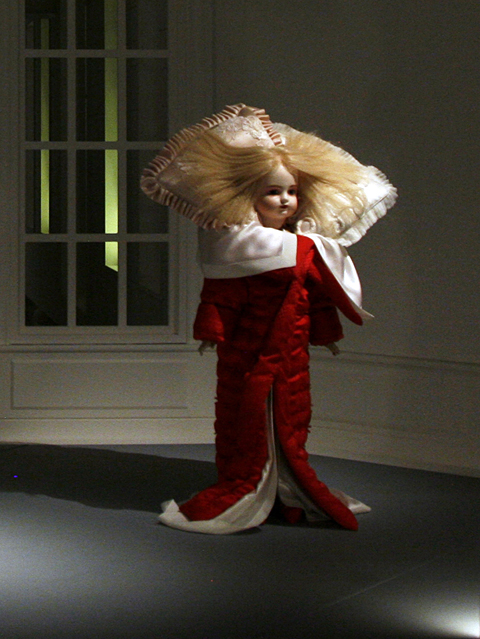 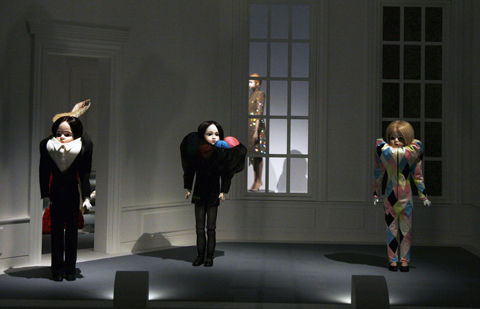 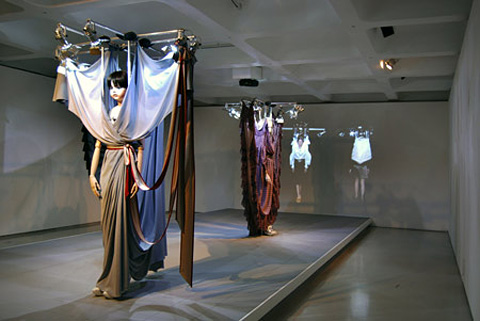 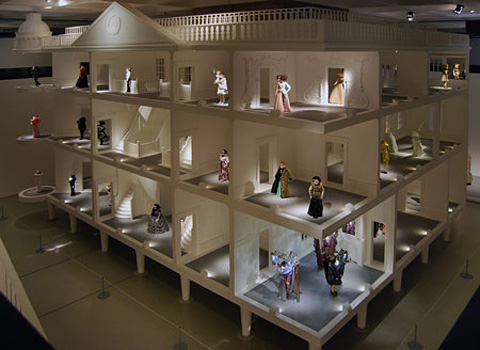 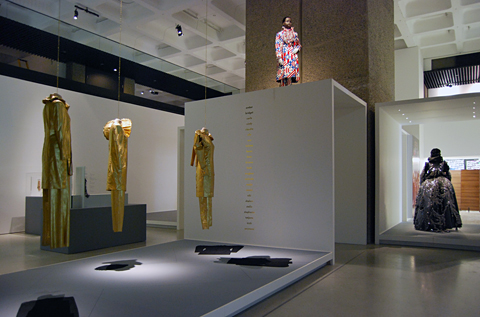 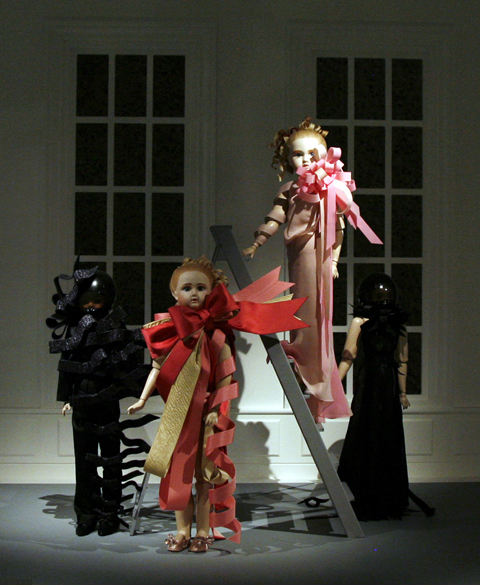 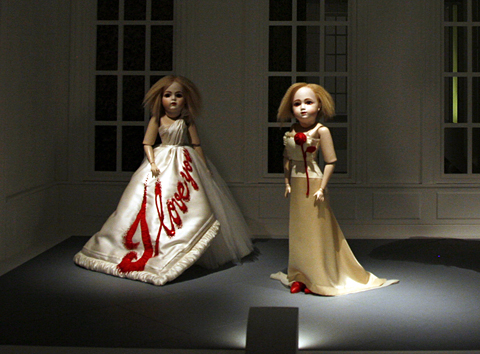 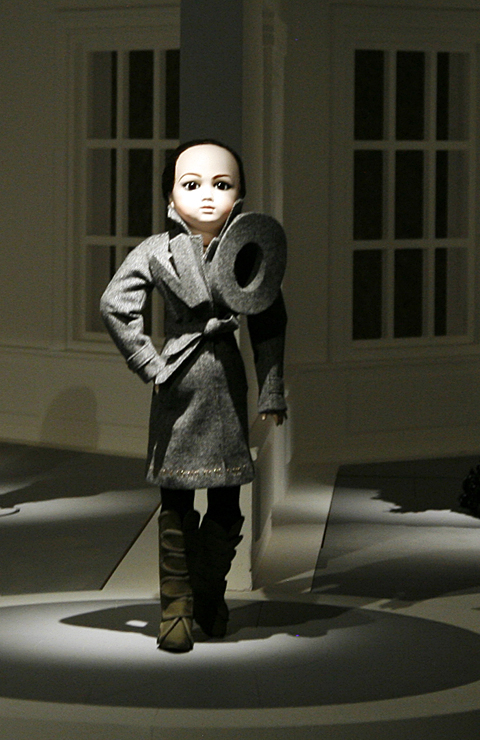 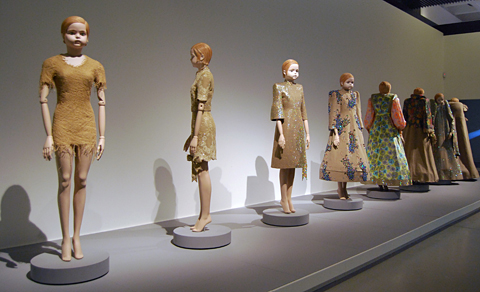 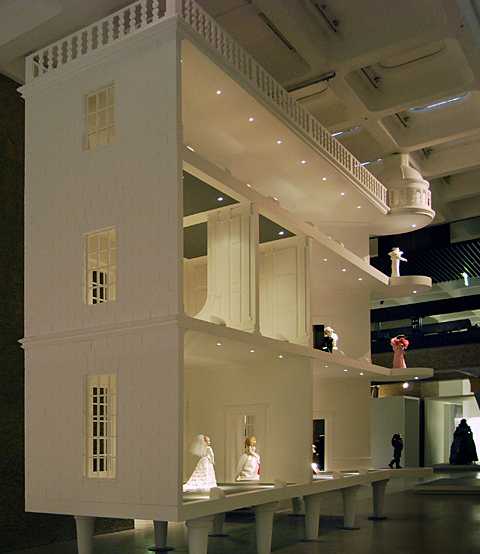 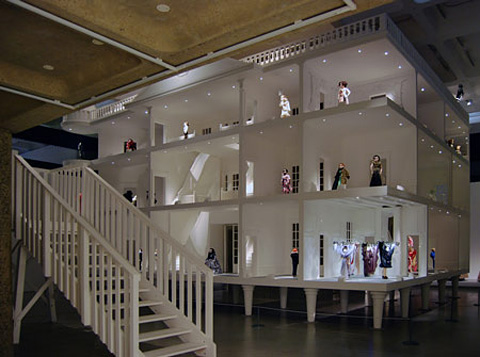 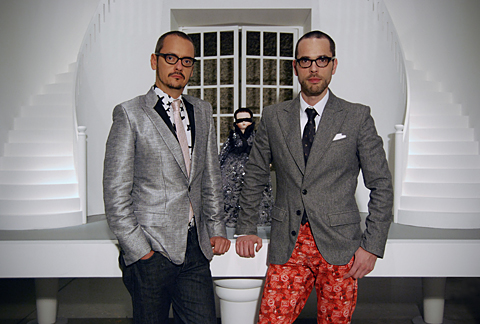