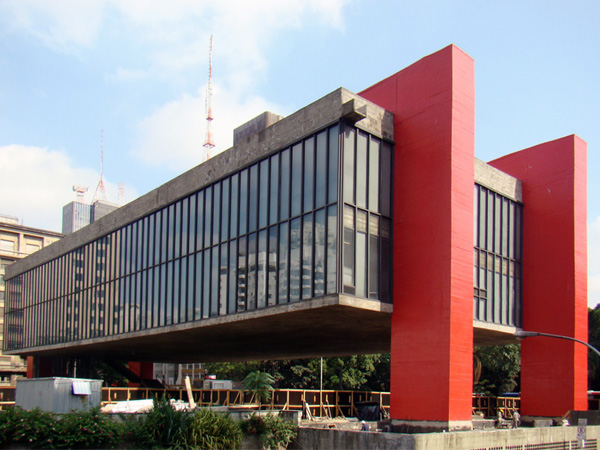 One of Bo Bardi's best-known designs is the Museum of Art in São Paulo, which is held by two red concrete arcs. Photo CC flickr / Rodrigo Soldon

Charlotte Perriand, Ray Eames, Gae Aulenti, Lina Bo Bardi – long is the list of creative women who have strongly shaped given styles and yet first took the public limelight decades later – or too late. Born in Rome, Lina Bo Bardi is only now, a year before she would have turned 100, receiving due recognition outside the country she made her own. Possibly this is a result of the increasing interest in Brazil, which appears to be developing fast as regards creativity, too. And perhaps also because all eyes are gradually turning to Brazil as the host of the World Cup next year – and of the Olympic Games three years hence. Or maybe it is simply a product of the realization that in the 20th century female architects and designers were a far stronger influence than has hitherto been conceded.

Achillina Bo was born in Rome in 1914. As one of very few women, in the early 1930s she studied Architecture at the University of Rome and then moved to Milan to work as Giò Ponti’s assistant. Together with Carlo Pagani she founded her own architectural studio in 1940, but the War made it impossible to live from her designs. Lina Bo Bardi improvised, working as a writer and illustrating magazines, including Ponti’s “Domus”. When her studio was destroyed in a bombing raid in 1943, she joined the Communist Party. Shortly after the War ended, she traveled round Italy, which lay in ruins, and documented the state of architecture for Domus – and the tough conditions under which people lived. What she saw and experienced evidently had a strong and lasting impression on Lina Bo Bardi. Because from that moment on human needs became as important for her architecture as political and social aspects. Yet, now a 30-something she saw no prospects for herself in Italy, commenting later that “in 1946 we realized that our dream of a modern, free Italy was already over. The free elections were won by the Christian Democrats. It was awful and I resolved to leave.”

She did indeed leave, along with her husband Pietro Maria Bardi. The then director of Galleria d’Arte di Roma first met her shortly after the War and more or less married her on the spot. In 1946, the couple left Italy and headed for Brazil. Since the early 1930s, Pietro Maria Bardi had regularly been traveling to South America and had forged strong links to the art world there. Exhibitions in São Paulo presenting European art that the Bardis organized in 1946 and 1947 brought the couple into contact with Oscar Niemeyer, Lúcio Costa, Gilberto Gil and Rocha Miranda – and this basically ensured they chose Brazil as their new home: “I was dazzled,” Lina Bo Bardi recollects. “I hadn’t seen anything like it before. We met probably the most interesting people living in Brazil at the time and I said to Pietro that I really would like to stay here a little longer.”

What thus commenced was not only a period during which they set up home in the new country, but also a phase of immense creative output. Along with another Italian architect who had moved to Brazil, Giancarlo Palanti, Lina founded an office for industrial design, and Pietro launched the Museum of Art in São Paulo (MASP) project, remaining its director until 1996. Meanwhile Lina started her first design for a house, the so-called “Glass House,” in which she lived until her death in 1992.

In 1950 Lina Bo Bardi and her husband purchased a plot in São Paulo’s new district of Morumbi. The name basically means “green hill” and the house is in fact almost located in the jungle. Bo Bardi considered the plants part of her architecture and assumed that over the years the plants would gradually appropriate the house and help shape it. The “Glass House” is a design that on the one hand adjusts fully to the hilly terrain and its vegetation, while, on the other, reflecting the spirit of the new of the period, the audacity behind having concrete hover. And thus the house perches on the slope on eleven slender pillars. On the street side, it is a hard edge, while on the hill side, a glass living room awaits, a full 140 square meters in size.

Lina Bo Bardi also designed her own furniture for the Glass House, including the 1951 “Bowl Chair”, which resembles an out-sized upholstered leather ball, cut in half and lodged in a metal ring that rests on four thin legs. The “Bowl Chair” exudes the same casual brilliance as “B.K.F. Chair” by Argentina’s Bonet, Kurchan and Ferrari Hardoy, made in 1938. This so-called “Butterfly” armchair, which Knoll included in its collection in 1946, emerged in the 1950s as a popular chair among a generation that no longer wanted opulent upholstered furniture in their homes. Lina Bo Bardi’s “Bowl Chair” has a rounder feel, but is infused with no less informal an aesthetic. In 1953 the armchair first attracted international attention when US magazine “Interiors” carried an article titled “Bowls, Baskets and Bags”, which compared Bo Bardi’s design to chairs by Eero Saarinen, Irene Schawinsky and Roberto Mango.

Lina Bo Bardi was skeptical of many aspects of rapid industrialization and was not interested in the mass production of her designs. Instead, in the course of her career she increasingly emphasized handmade products and individual versions of furniture to fit each particular project. Only now is Arper producing a limited 500-piece re-edition of the “Bowl Chair”, in collaboration with the Lina Bo Bardi Institute. The semi-spherical chair is true to the original – but its production has been adapted and relies on state-of-the-art technologies.

Bo Bardi did not distinguish between architecture and design as disciplines, just as she did not draw a line between low and high-brow, between tradition and modernity. Indeed, her best-known designs link them. One of them being the Museum of Art in São Paulo (MASP), built from 1957 to 1968: a huge glass-and-concrete box, held by two red concrete arcs, is suspended eight meters above the ground to create a huge outdoor space beneath.

For the Salvador de Bahia Museum of Modern Art (1959 -1963) Bo Bardi had the existing building gutted and only minimally changed the existing architecture. The most exciting new item she included was the marvelous sculptural spiral staircase. In 1977, forever the idealist she started work on a sports and leisure-time complex in São Paulo. Instead of having the old building of the now empty “SESC Pompéia” factory torn down, she simply converted the utilitarian structure. It is a statement on erecting architecture not just for architecture’s sake, but to visualize the social elements in it and prevent hierarchies arising. For Bo Bardi architecture was meaningful primarily as a place where people meet and gather, irrespective of the social class to which they belong.

The Italo-Brazilian architect’s oeuvre is currently on display in the exhibition “Lina Bo Bardi: Together”, which will tour various cities in Europe and is now on show in Vienna. One of the installations to be seen there is a joint piece made with Noemí Blager, Madelon Vriesendorp and Tapio Snellman – and among other things using filmic means concentrates on how people use Lina Bo Bardi’s buildings, reflecting on her vision of an architecture that is socially responsible.

One of Bo Bardi's best-known designs is the Museum of Art in São Paulo, which is held by two red concrete arcs. Photo CC flickr / Rodrigo Soldon 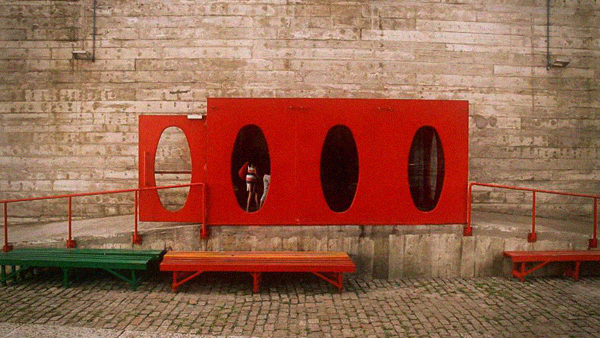 For Bo Bardi it was important that architecture is socially responsible. All videostills © Tapio Snellman 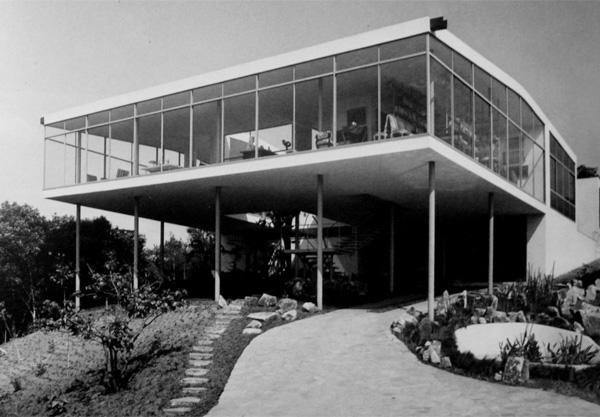 Lina lived until her death in 1992 in her self-designed “Glass House,” Photo CC flickr / Mishmoshimoshi 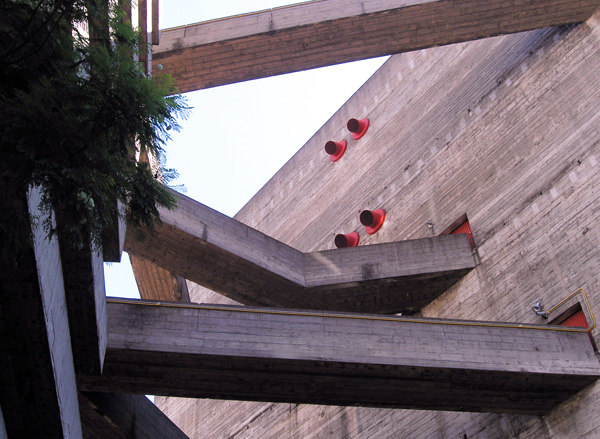 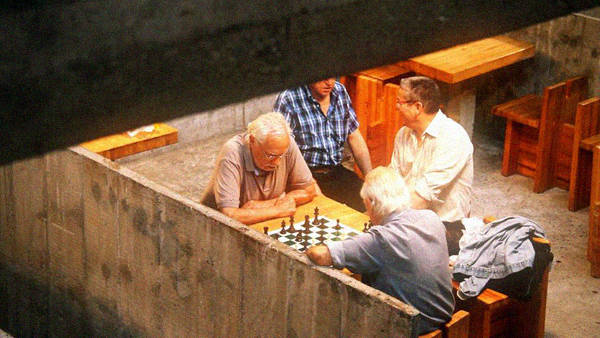 For Bo Bardi architecture was meaningful primarily as a place where people meet and gather, irrespective of the social class to which they belong. 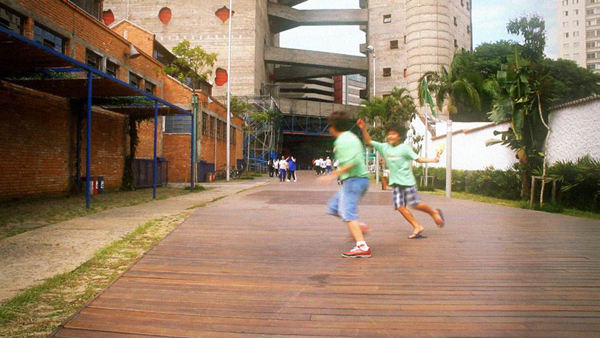 The architect combined tradition and modernism in her buildings. 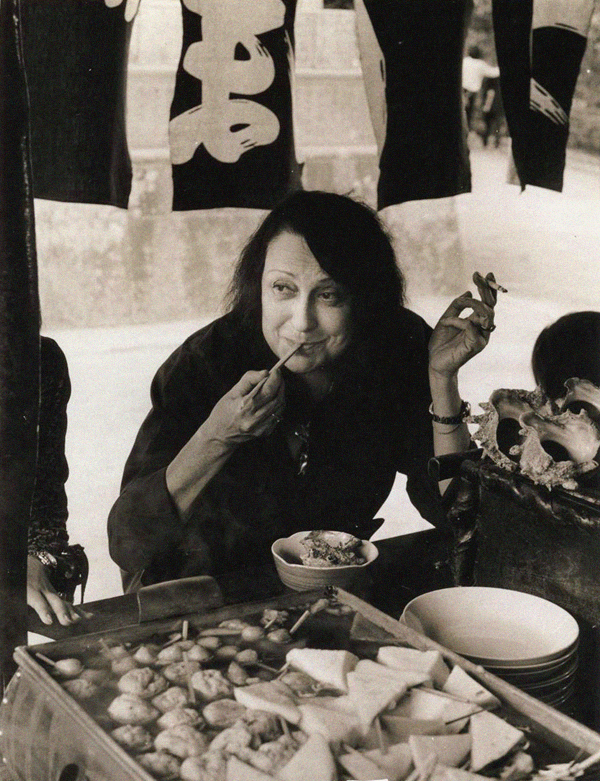 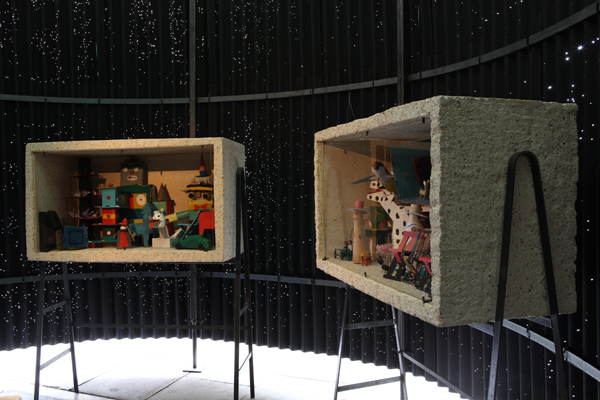 The Italo-Brazilian architect’s oeuvre is currently on display in the exhibition “Lina Bo Bardi: Together” in Vienna. Photo © Ioana Marinescu 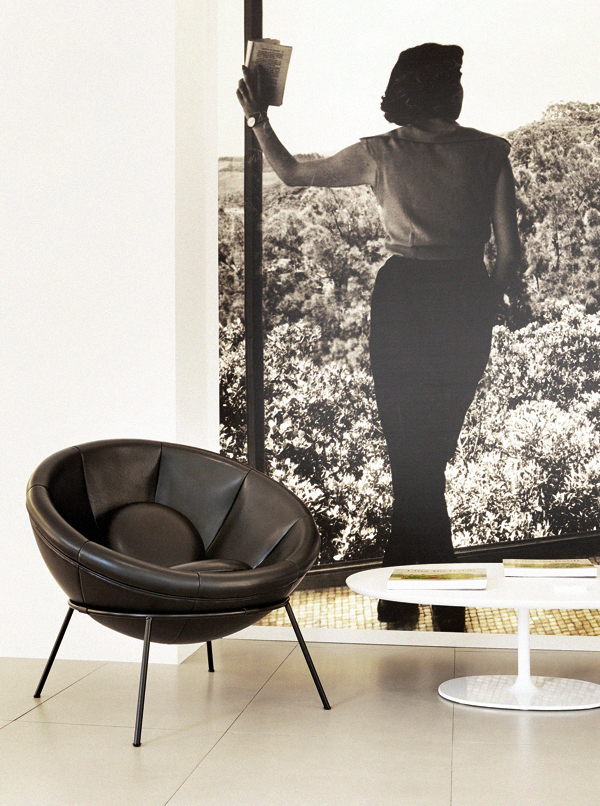 Lina Bo Bardi also designed her own furniture for the Glass House, including the 1951 “Bowl Chair”. Photo © Arper
Advertisement