Invigorating, stimulating, refreshing: Improved circulation is the reward for anyone brave enough to switch their shower from “hot” to “cold”. But whilst most people can only achieve this in a visit to the sauna or spa or with Kneipp therapies, Vola makes it possible in your own bathroom. The company has teamed up with the architects and designers of Aarhus Arkitekterne from Aarhus to develop two fittings that are as simple as they are elegant, and which offer a spa experience in even the smallest of bathrooms. At the same time, the functional, pared-down design of the new “080W” waterfall shower and the “070W” Kneipp hose makes them all-round winners.

Particularly striking is the slimline, cylindrical form of the waterfall shower, with its long, narrow slit at the front, through which a broad stream of water can flow. One intricate detail: While the inlet cylinder is placed to the rear on the right-hand side, the outlet cylinder is on the left at the front – presenting a visual “counterweight” that creates symmetry. The hose is available in various high-quality finishes, including brushed stainless steel, chrome and brushed brass.

An ideal addition is the Kneipp hose in pure white, which has a particularly generous diameter of 2.5 centimeters, allowing water to flow plentifully and making it suitable for targeted massage and alternating temperature treatments. With its cylindrically-shaped end pieces, the hose mirrors the design characteristics of the waterfall shower, and here too the team from Aarhus Arkitekterne was keen to achieve a refined symmetry: The hose connection point and the holder for the end piece are mounted on the wall in parallel to one another, thus forming a visual link. The new fittings bear the proven “signature” of the Danish manufacturer. They are simple, sculptured items of beauty, which take their cue from basic geometric shapes and represent timeless design. 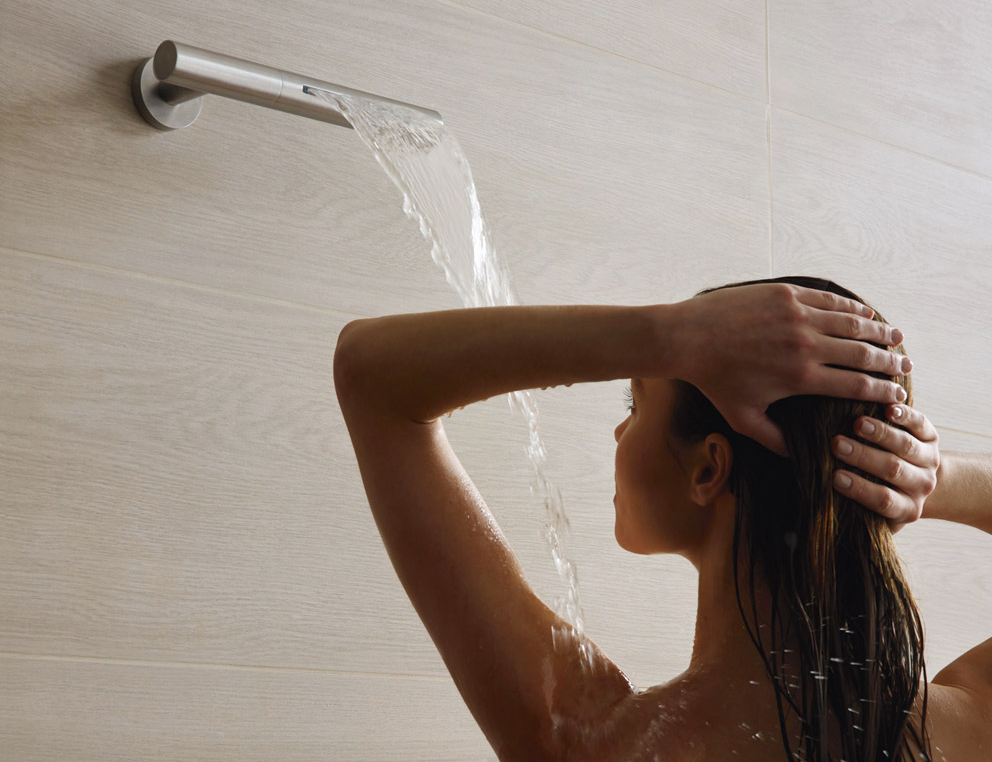 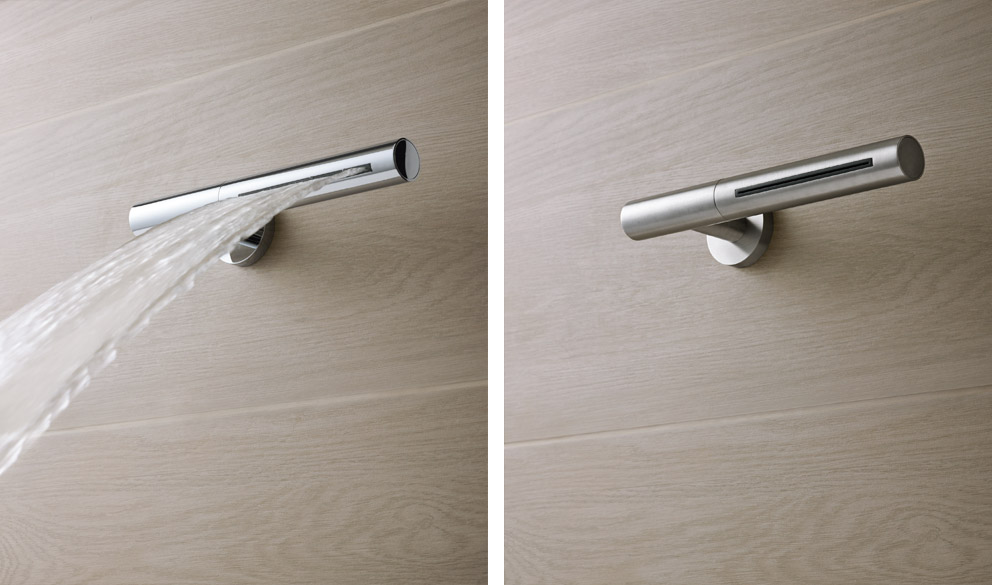 Clear, cool source: The Vola “080W” waterfall shower is a simple thing of beauty in any spa facility. All the mechanical parts disappear into the wall and the casing, so nothing detracts from the cylindrical silhouette. Photo © Vola 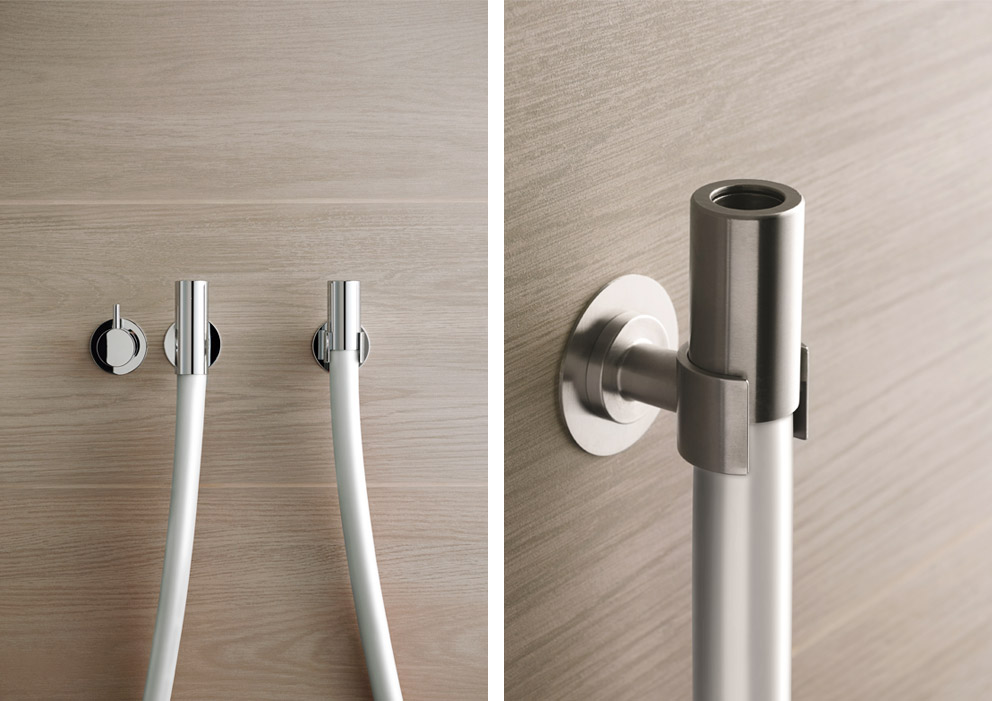 The essence of design: Clear symmetries, reduced forms and high-quality surfaces are all part of the design concept of Aarhus Arkitekterne A/S, which the architects have also applied in their designs for the Vola showrooms in Munich, Vienna, Copenhagen, Amsterdam and London. Photo © Vola 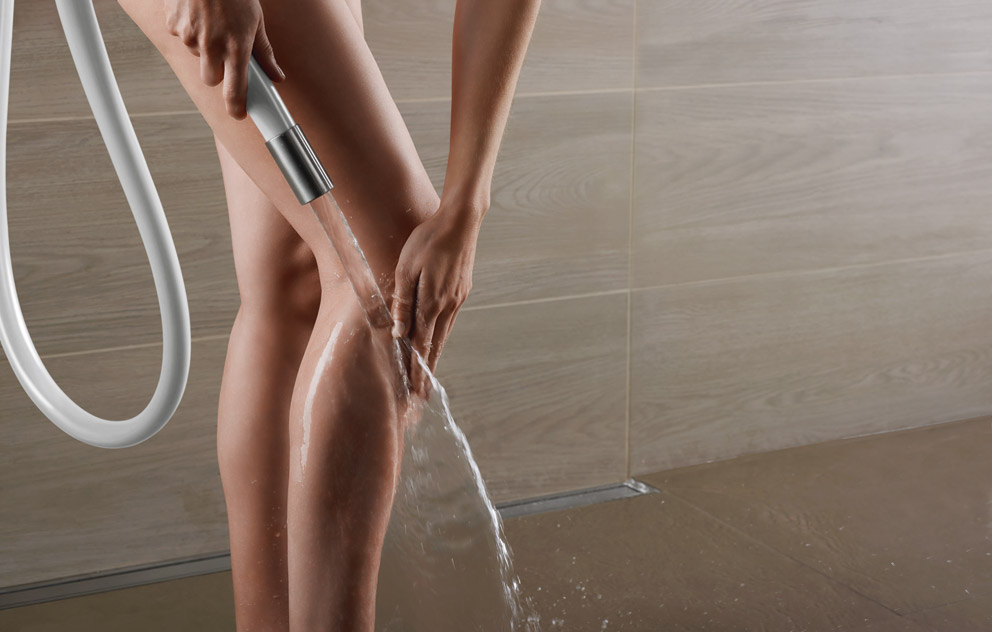 Healing for the body with the Vola “070W” Kneipp hose: A generous hose diameter of 2.5 centimeters allows plentiful cool water to flow, bringing tired legs back to life. Photo © Vola 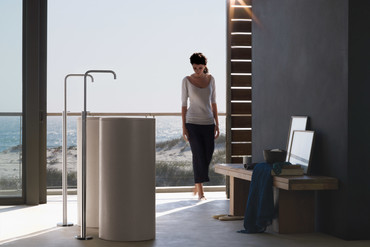 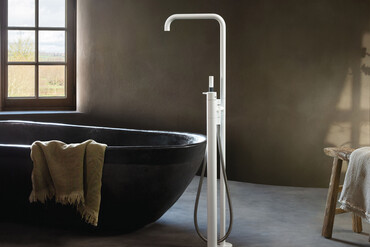 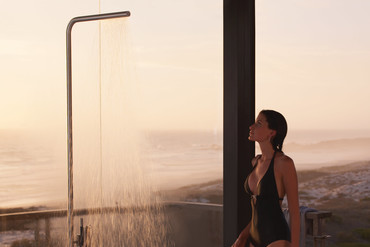 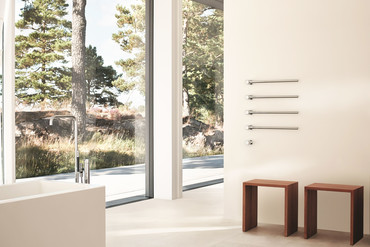