When Milan finally comes out of hibernation and a lively buzz of activity envelops the city; when architects and designers dash from one building site to the next, boxes are unloaded, packaging removed and sculptural growths form from masses of brown tape, it is that time again: The Salone Internazionale del Mobile is just around the corner.

Despite numerous other international design events, this furniture fair is considered the industry's most important. Hundreds of new products are launched here and any number of prototypes presented. That is reason enough to get an overview even in the run-up to the fair, especially of the supporting program, with events taking place all over the city, and its special shows. For saving time and energy, and avoiding stress and painful feet are a must.

We wish you an inspiring trip.

Unexpected Guests - Objects from Today in Houses from Yesterday
If you would like to get to know a completely different side to Milan, away from the trade fair, showrooms and converted industrial buildings, we recommend you visit the "Unexpected Guests" exhibition. In this show, organized by the trade fair organizer Cosmit and the City of Milan, the Italian curator Beppe Finessi presents over 200 contemporary design objects in four historical villas - with very different curatorial concepts. Sometimes the modern pieces immediately stand out, as at the Museo Bagatti Valsecchi, at others they are so well integrated, as at the Museo Poldi Pezzoli or Villa Necchi Campiglio, that visitors become seekers - or even discoverers - and explore the fascinating historical interwoven threads of past and present.

Design Deutschland 2010
Functional and beautiful are among the attributes that have shaped German design for decades. They also describe the products and prototypes of "Design Deutschland 2010". The series of exhibitions, organized by the German Design Council, and "Inventory of German Design" are now on show in Milan for the first time, following stints in Tokyo, Cologne, Nuremberg and New York. During the Salone, alongside a hundred new ideas by established German companies and designers, 23 prototypes, some of which have never been shown before, by young designers such as Mark Braun, Uli Budde, Johannes Hemann, Reinhard Dienes and llot llov will be presented at the Spazio Romeo Gigli.

kkaarrlls
After its resounding success last year at the Fuori Salone, the Staatliche Hochschule für Gestaltung in Karlsruhe (HfG) is presenting its own university label, "kkaarrlls", for the second time in Milan. The project, launched and managed by Professor Volker Albus and his assistant Stefan Legner, exclusively encompasses furniture, luminaires and accessories created at the HfG in recent years. The new collection includes unconventional works by a total of 15 designers or design collectives, also sold via the label.

Interni Think Tank
With an increasing number of designers and design companies having turned their attention to sustainability and ethical practice in recent years, this year too Interni is devoting itself to the current need for renewal and change. In the context of the project "Think Tank", experimental installations by international architects and designers including Daniel Libeskind, John Pawson and Kenzo Kuma will be shown in the inner courtyard and covered walkways of the Università degli Studi di Milano. These works explore this topic and, with their projects, attempt to question contemporary conventions.

Dwelling Lab
A fabric is a fabric is a fabric? Not at Kvadrat. For many years now, the Danish textile manufacturer has been using its art projects to demonstrate just what can actually be made from textiles. In Milan Kvadrat, in collaboration with BMW and Flos, is presenting the installation "Dwelling Lab", created by designers Patricia Urquiola and Giulio Ridolfo for the Fuori Salone: Five geometric cones covered with Kvadrat fabrics transform a BMW 5 Series Gran Turismo, opening up to onlookers five unusual perspectives and seeming to project the interior of the car on the outside.

Swarovski Crystal Palace | Swarovski Elements at Work
Swarovski is represented not once, but twice at this year's Salone in Milan, with the Swarovski Crystal Palace in Via Tortona, curated by Jules Wright, and the exhibition "Swarovski Elements at Work" at the Triennale. In spaces with different scenographic concepts, Jules Wright presents the visionary works, inspired by crystals, by the designers and architects Tokujin Yoshioka, Nicolas Gwenael, Vincent van Duysen, Rogier van der Heide and Yves Béhar. In contrast, "Swarovski Elements at Work" is a new initiative launched in cooperation with various furniture and design companies that shows the extraordinary ways in which crystals can be used in industrial design. Among other things, the exhibition features the results of collaborations between Konstantin Grcic and Alcantara, Doshi Levien and Moroso or Studio Pei-Zhu and the Belgian company When Objects Work.

Design Vertigo
Once again this year, Spazio Fendi will be transformed into a temporary lab for promising designers. The site-specific exhibition Design Vertigo, launched by Design Miami, presents works by the Swiss artist Felice Varini as well as the studios on the border between traditional design and art, random International, Graham Hudson and Beta Tank. As with last year's exhibition "Craft Punk", the organizers are aiming to create an interactive event by means of completely different installations. They invite visitors to consider design from an "avant-garde perspective".

Officine Stendhal
The room installation by Sony at the Officine Stendhal says a great deal. The Japanese electronics company commissioned the London-based designer duo BarberOsgerby to create an open work space that unifies sound experiments and design objects. The starting point is the so-called "Monolith TV", which breaks away from conventional archetypes and does not encompass external components such as buttons or speakers. Part of the orchestration is a series of designs, created by BarberOsgerby and based on the concept of the monolithic design, that explores the integration of furniture and architecture in electronic design.

Spazio Rossana Orlandi
The numerous installations at the Spazio Rossana Orlandi are always among the highlights of the Salone. This year, the Finnish furniture manufacturer Artek is celebrating its 75th anniversary in the old tie factory with new products by Naoto Fukasawa and Enzo Mari. Under the heading "The Savage Mind", students of the art academy Konstfack in Stockholm will present Spartan designs with the theme ‘Sense'. Moreover, new projects by Piet Hein Eek, the Campana brothers and the young design collective FormaFantasma, as well as the London-based Spanish designer Tomas Alonso, will be presented.

And as if that were not enough: In addition, the gallery owner Rossana Orlandi is organizing a solo show by the Spanish designer Nacho Carbonell. "Diversity" is the name of the project that will be on show at the Spazio Gianfranco Ferré.

Made in Berlin - Open Process
During Milan week of design, seven designers and creative labs from Berlin will gather for the exhibition „Made in Berlin - Open Process". Coordinated by the contemporary design platform DMY Berlin in collaboration with Create Berlin, the exhibition will reveal new prototypes and innovative concepts for future living spaces.

Lucid Flux
Audi is presenting a light installation by Moritz Waldemeyer entitled "Lucid Flux". The London-based German designer works at the interface between technology, art and design and is considered the new shooting star of the design scene. He will present at the Fuori Salone some 2,000 organic light-emitting diodes, or OLEDs, that form abstract patterns and make reference to the aerodynamic efficiency of the Audi models A1 and A8. 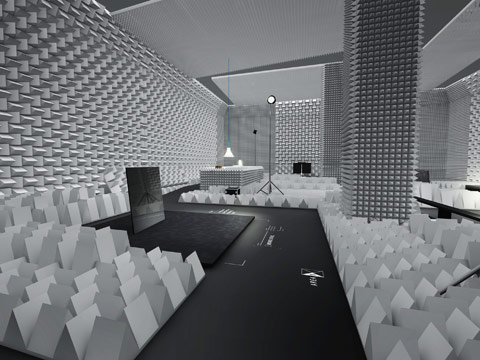 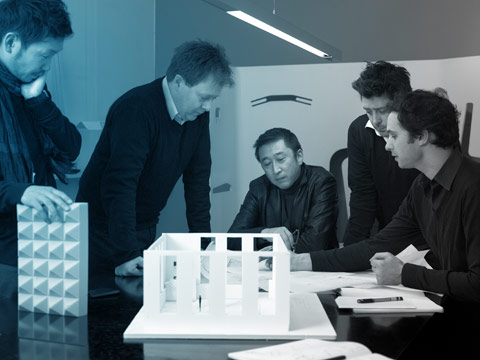 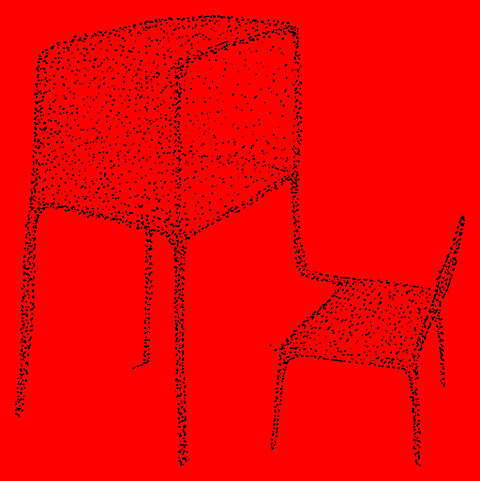 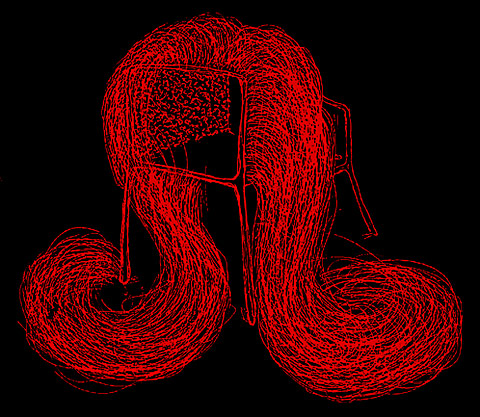 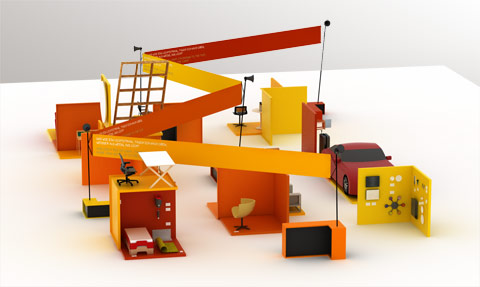 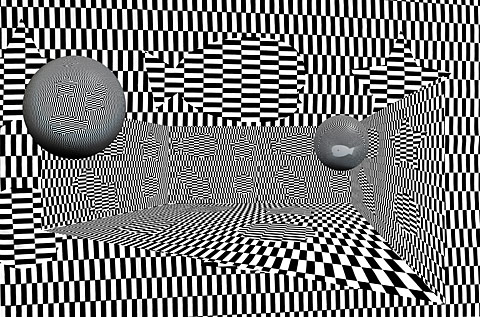 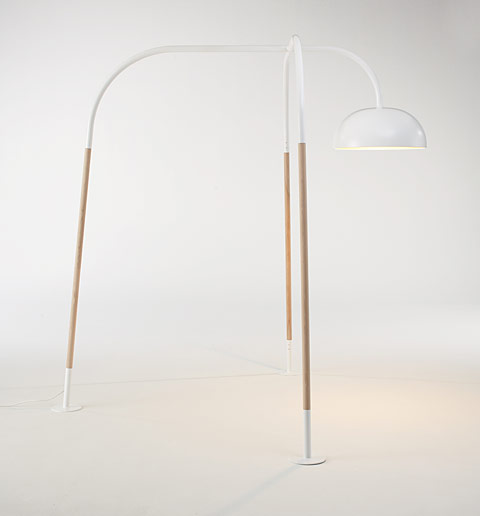 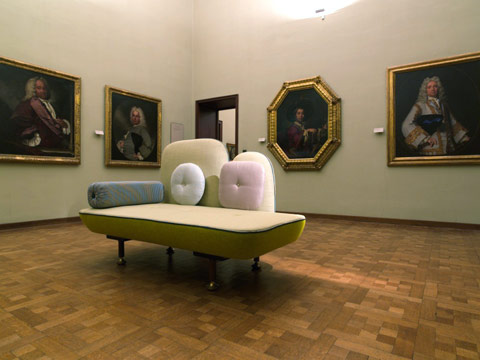 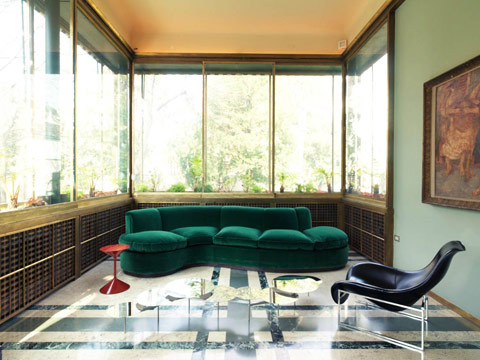 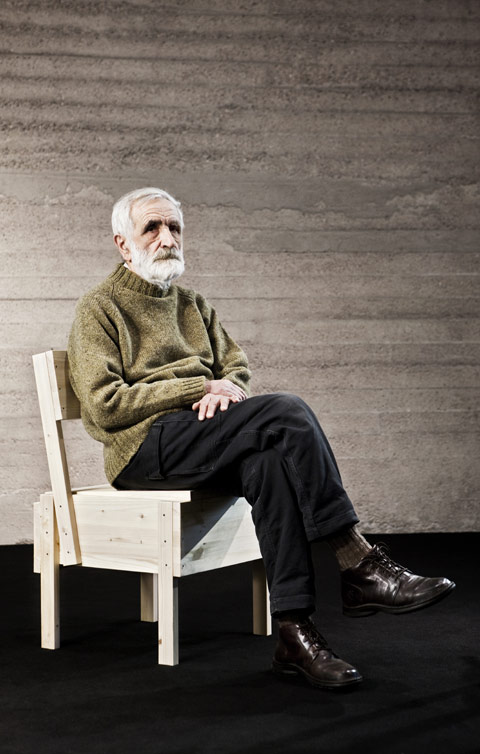 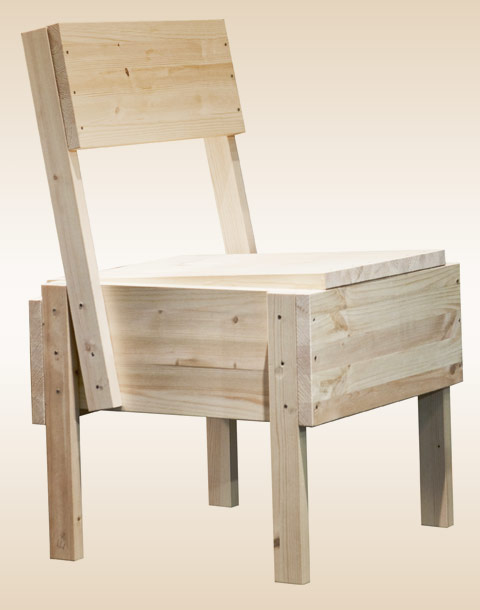 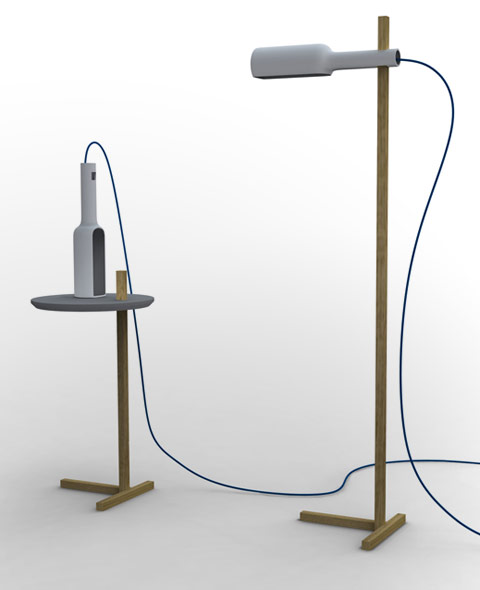 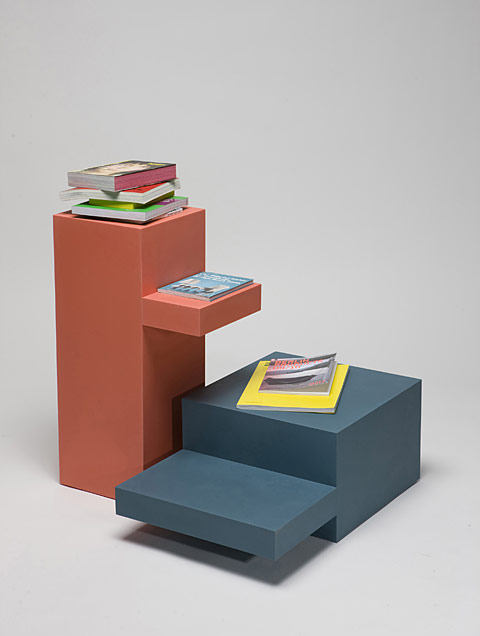 Exhibition “Made in Berlin”, Lift by Mark Braun 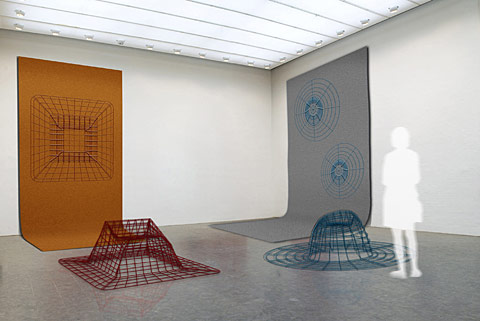 Ausstellung “Made in Berlin”, Project by Werner Aisslinger 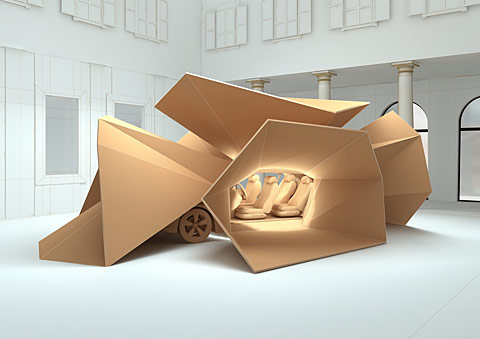 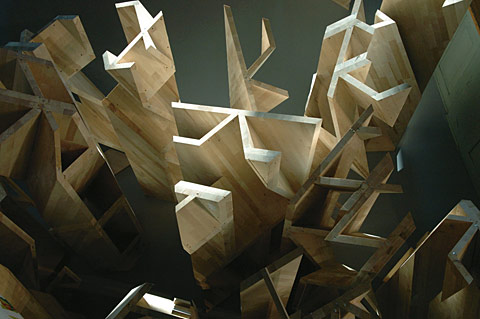 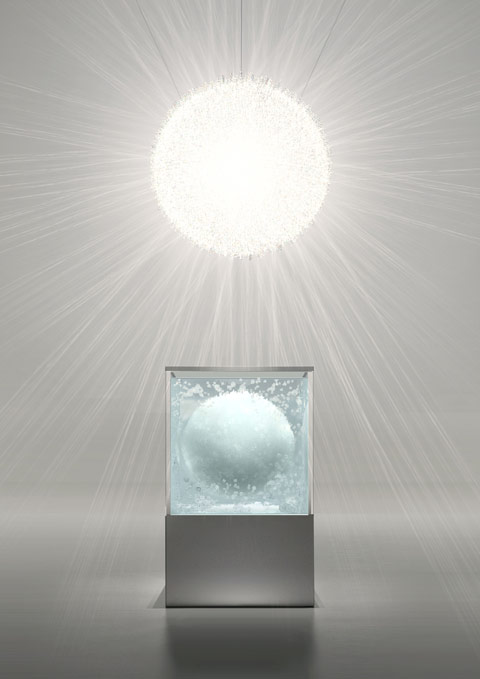 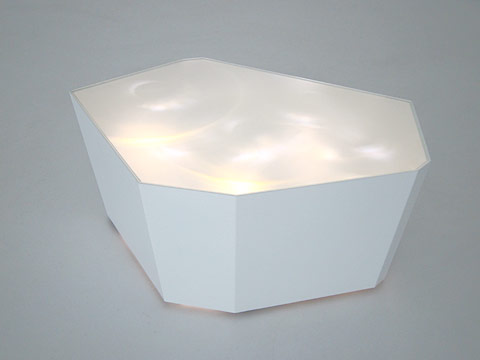 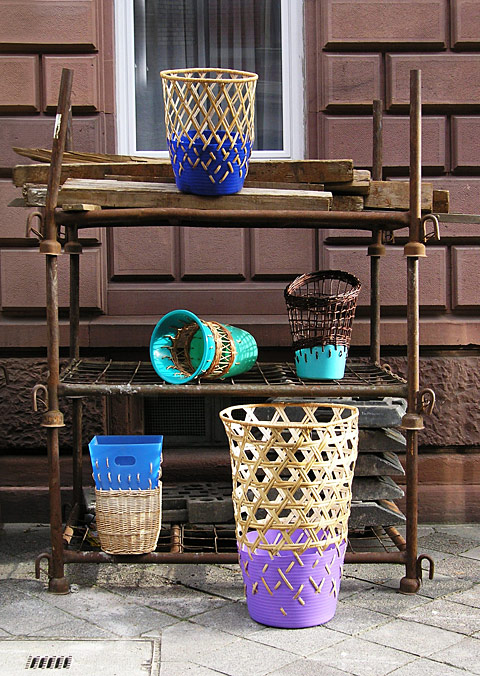