Though you cannot see it you can certainly feel it, in its most pleasant form as heat: electric current. But energy forms also develop quite different currents: of thoughts, imagination, water, wind, and people. Even time has its own currents. Identifying fields of energy such as these and developing new applications and strategies from them was the task given to participants in the Designpreis Halle, which was announced for the first time this year. Its theme was "Current" Among entrants there was certainly no lack of thoughts, which had to be submitted in visual form by the September 1 closing date.By activating the opportunities that design offers in socially relevant fields the Halle Design Prize plays an important role in the current (self) perception of design. As Annette Tietenberg, the chairwoman of the jury commented "the high standard of the entries is impressive proof that a design prize that addresses the ethical, aesthetic, and communicative dimension of design is current and necessary. Furthermore, with their open, methodical approach designers were not only in a position to respond to technological, social and economic currents, but also to actively take on social duties. The Halle Design Prize is organized by an initiative made up of representatives of business, the region and Burg Giebichenstein Academy of Art and Design.A total of 57 entries from five countries were judged by a jury that included, among others, Volker Albus, Vincenz Warnke and Thomas Edelmann. The Prize will be awarded at the opening of an exhibition of the entries on November 16, 2007 in the former substation on Hallmarkt in Halle. The exhibition is open daily until December 2, 2007 from 2:00 p.m. - 7 :00 p.m. Entrance is free. A catalog will accompany the exhibition. www.designpreis-halle.de 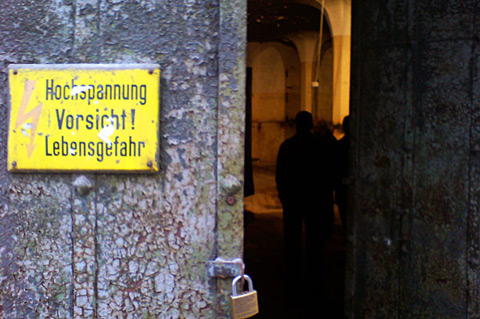