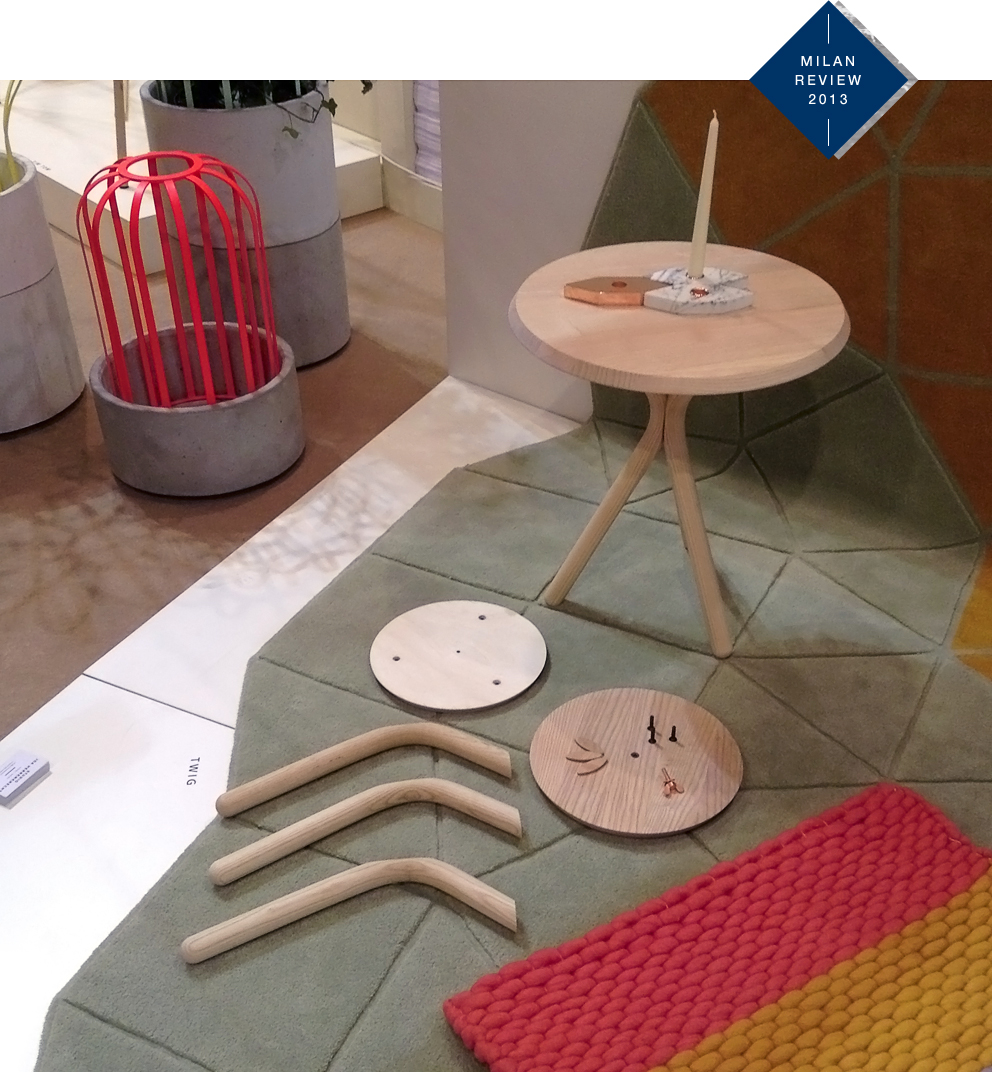 Of the approx. 350,000 visitors that take to the Salone del Mobile each year, only a few will find their way to the 120 newcomer designers touting their new furniture designs to the public at the SaloneSatellite. They certainly prove to be much more refreshing and experimental than the furniture ideas to be seen in the rest of the exhibition halls, which are mostly made to cater to the tastes of the masses. But the young designers must go through all kinds of hardships to gain their place on the big furniture carousel. Making their way across Europe in mobile homes, their trunks (and roofs) filled to the brim, or flying in from every corner of the world with bulky luggage in tow. For the week, they pay up to 2,500 Euros for one of the 16-square-meter stands just to be able to vie with the competition and make the best impression with potential clients. This year’s theme was “Design and Craftsmanship: Together for Industry.” As a way of rewarding the designers for their zeal and motivation and opening doors to the big players in the furniture industry, three years ago the trade fair organizers decided to start bestowing the design world’s young blood with the annual SaloneSatellite Award, and have been doing so ever since.

Tania da Cruz, a Portuguese designer living in Italy, could hardly believe her luck when she received the certificate for first place. She had wowed the jury of design experts – including our very own Chairman Robert Volhard – with her products made of dark brown expanded cork, named after artist Georges Braque and comprised of modular wall tiles with sound-insulating properties. Though not honored with a prize, the cork lamp “Popcork” is another interesting product by the designer. The light bulbs cheekily poking their heads out of the cork lampshades are juxtaposed with the snazzy neon textile cables from which they hang, forming a very interesting contrast. Since the material is non-translucent, the lamp radiates an indirect and completely unobtrusive light. The soft material, warm surface feel and color create pleasantly warm lighting and thus serve to counter one’s initial impression of the luminaire’s form, namely that it is somewhat cumbersome. And as we all know, when it comes to selecting materials the sustainability factor plays an eminent role in furniture design today. As such, at first glance at least, cork seems to be the ideal choice, above all given the designers roots in southern Portugal, a hub for cork production. Cork isn’t as eco-friendly as one might think. Since demand for cork is increasing and the trees are predominantly grown around the Mediterranean, prices are rocketing while quality is sinking. Expanded cork on the other hand is made of byproducts of the cork production process, which are bound together using steam.

Furniture made of plastic bags

Sustainability also plays an instrumental role for the second-prize winners, Egyptian design studio Re Design. Mariam Hazem, Hend Riyadh and Hadwa Omran use an often overlooked material to make their furniture and other everyday items: plastic bags. Combined with recycled cotton, they use the bags to create a new eco-friendly textile called “Plastex”.

Re Design hopes to use this innovative material to revive the Egyptian weaving tradition. They clearly don’t call themselves “Re Design for humanity” for nothing. This combination of moral vigor and sustainability gives birth to stools, bags and chairs adorned with bright, colorful patterns, which are aesthetically reminiscent of traditional rag rugs. However, the actual design of the products made from this new material appears to have taken a backseat while the theme of recycling has taken center stage.

London-based designers ShiKai-Tseng and Hanshi Cheng from Poetic Lab were awarded third place, enriching living spaces with poetic moments created by light and dark. The result: “Wave”, a rotating luminaire formed from a glass body blown into a rather irregular shape. The combination of LED technology and a rotating, rippled glass body makes for a gentle play of light similar to that created by the movement of water and thus brings sun and sea into one’s own four walls. The patterns on the wall create a wonderfully relaxed atmosphere, though unfortunately this is spoilt somewhat by the unattractive LED spotlight that stands next to the beautiful glass bubble. Nonetheless the two designers also managed to impress the jury at German design magazine “design report”, bagging first prize in their design competition.

Charming, ironic and with an intellectual depth: to sum up the presentations by the five German design studios in attendance, showing just what the country’s young designers have to offer. Psycho Furniture by PYG & Sülzkotlett showed that furniture is also subject to mental illness. The message: although Germany is one of the richest and most stable countries in the world, the rate of mental illness is on the up. The direct surroundings are also affected, here the furniture. In the case of “Anorexic Bed” and “Hyperactive Chair” it is immediately clear which illnesses the furniture (owner) is suffering from.

But some were quieter in their approach. Joa Herrenknecht for example, also one of the five German design studios at SaloneSatellite, adopted a rather more restrained tone with her geometric “PHASES” vases or her hand-woven wool carpet, “ISLA”. The young designer from Berlin explained that reduced, fine-tuned coloring in perfect interplay with the material constitutes an important aspect of her work. Another highlight: Norwegian designer Caroline Olsson. The shape of her opal-glass “Switch wall lamp” resembles a donut, though here it is shrouded in soft pastel tones with a rather old-fashioned switch at the center. Caroline Olsson also invites us to write and draw more with her “Pencil Light” – a multifunctional luminaire-cum-pencil box, which leaves it up to the user to decide just what they use it for.

Samuel Treindl’s modus operandi is less subtle yet extraordinarily resolute. You could even say he attacks it. The German designer and artist turns the furniture production process on its head, buying furniture from discount stores and dissecting it, taking the pieces he needs. These then serve as components for a new item of furniture. Treindl calls this “parasitic furniture design”, a process whereby he treads the thin line between design and art.

Be it depressing luminaires, soft donut lamps or parasitic furniture, moving beyond conventional furniture design, the design world’s young blood is lighting the way with new approaches to furniture production. As in past seasons, sustainability has now become something of a standard. What’s new is furniture that visualizes the approach behind it and that with its poetic, emotive force opens up a dialog with the user. But all of the hardships to get here were definitely worth it. And we are already looking forward to next year’s SaloneSatellite. 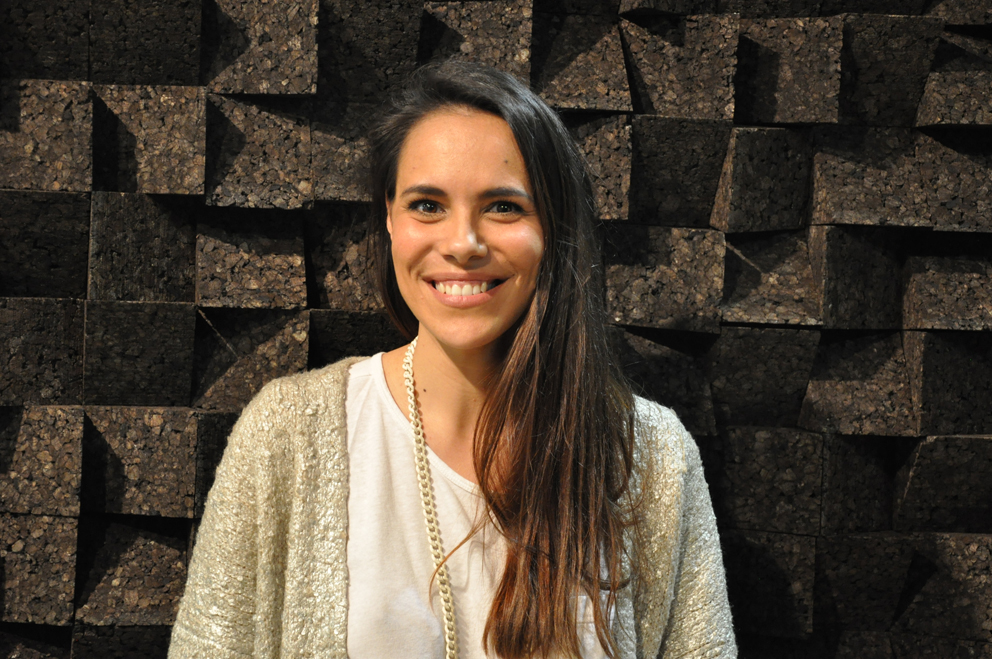 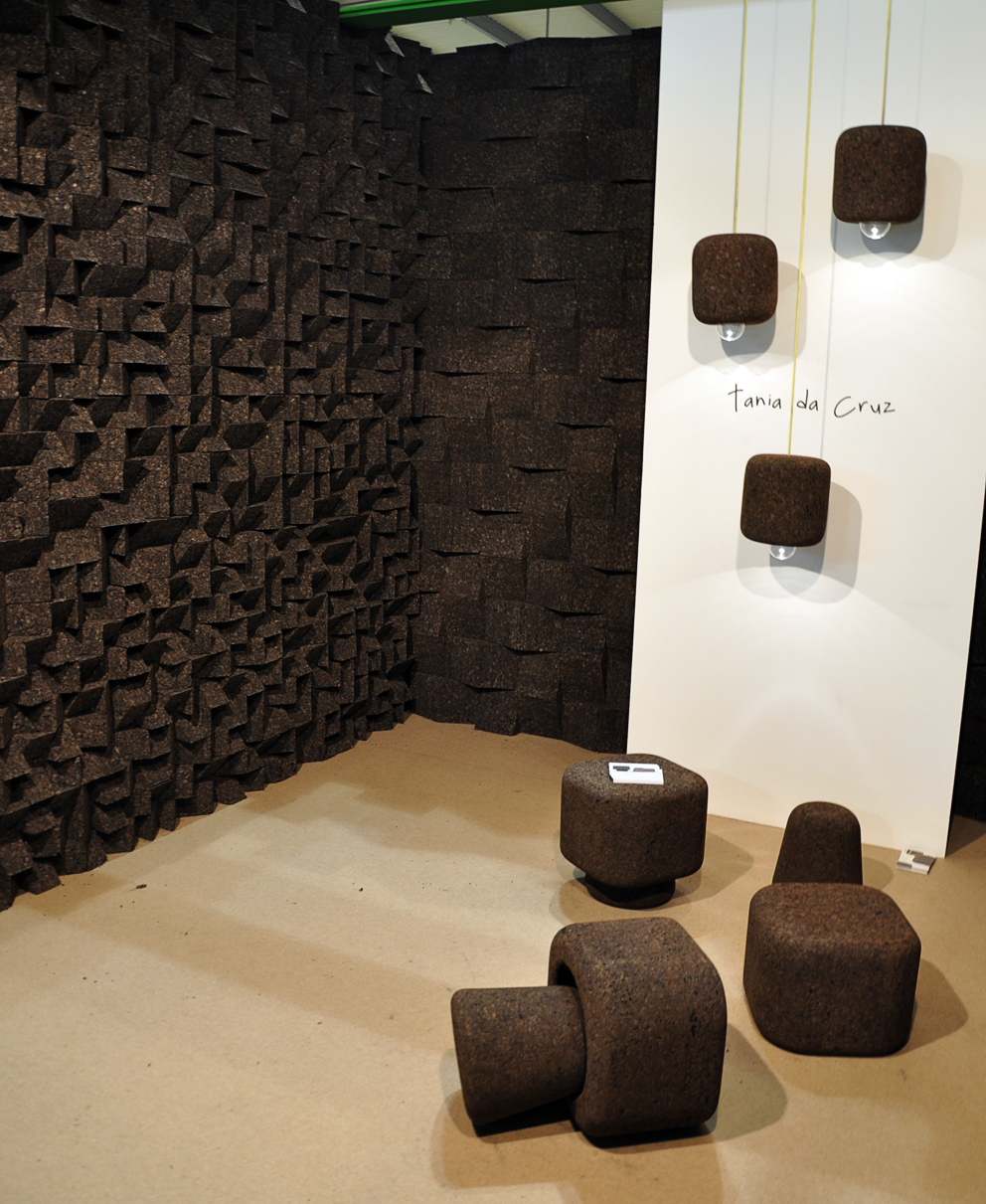 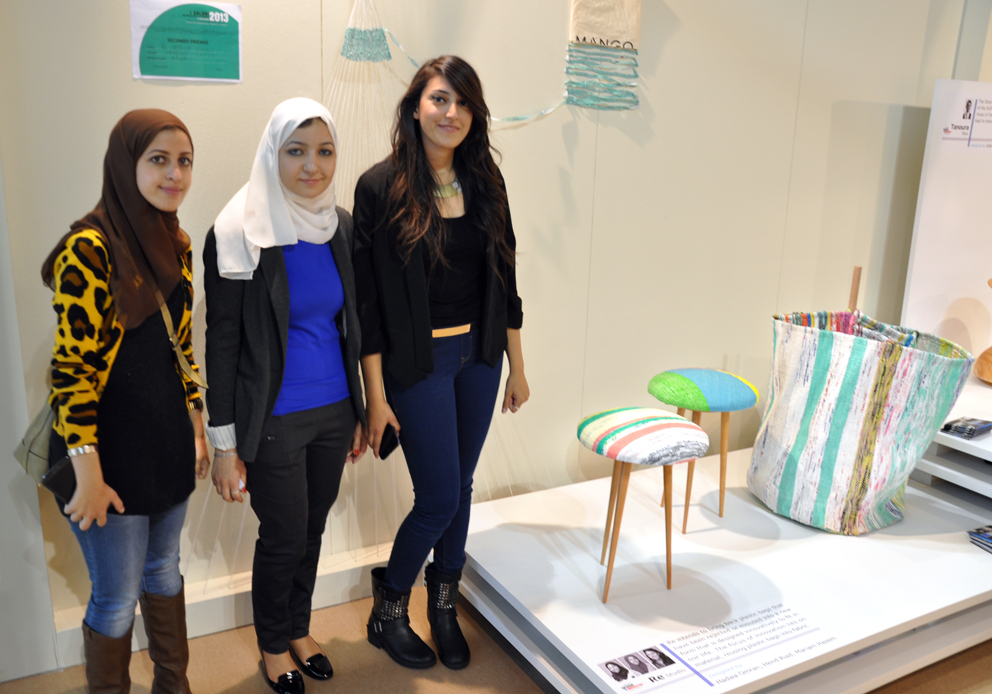 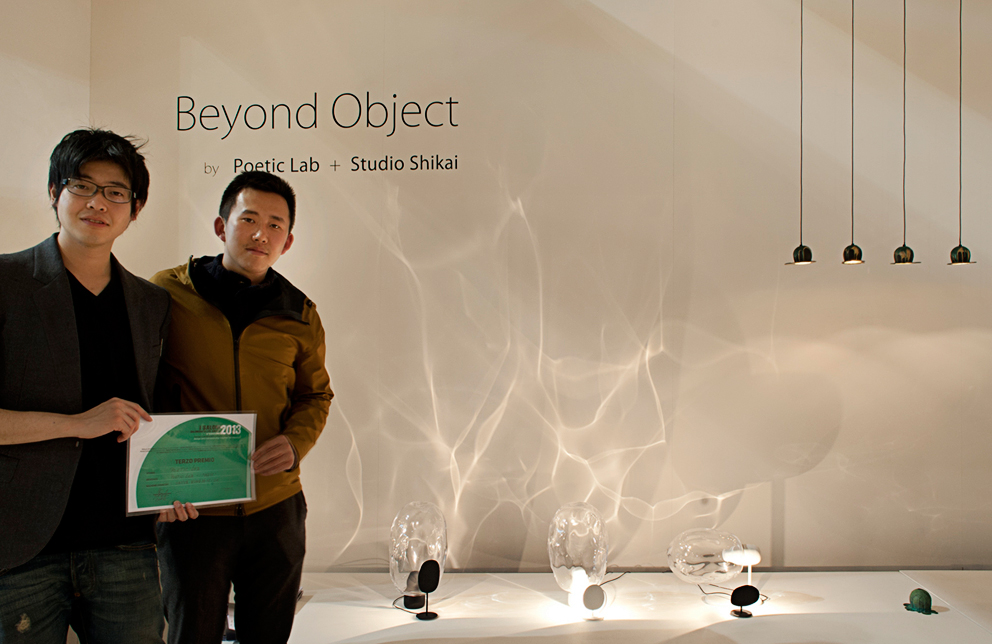 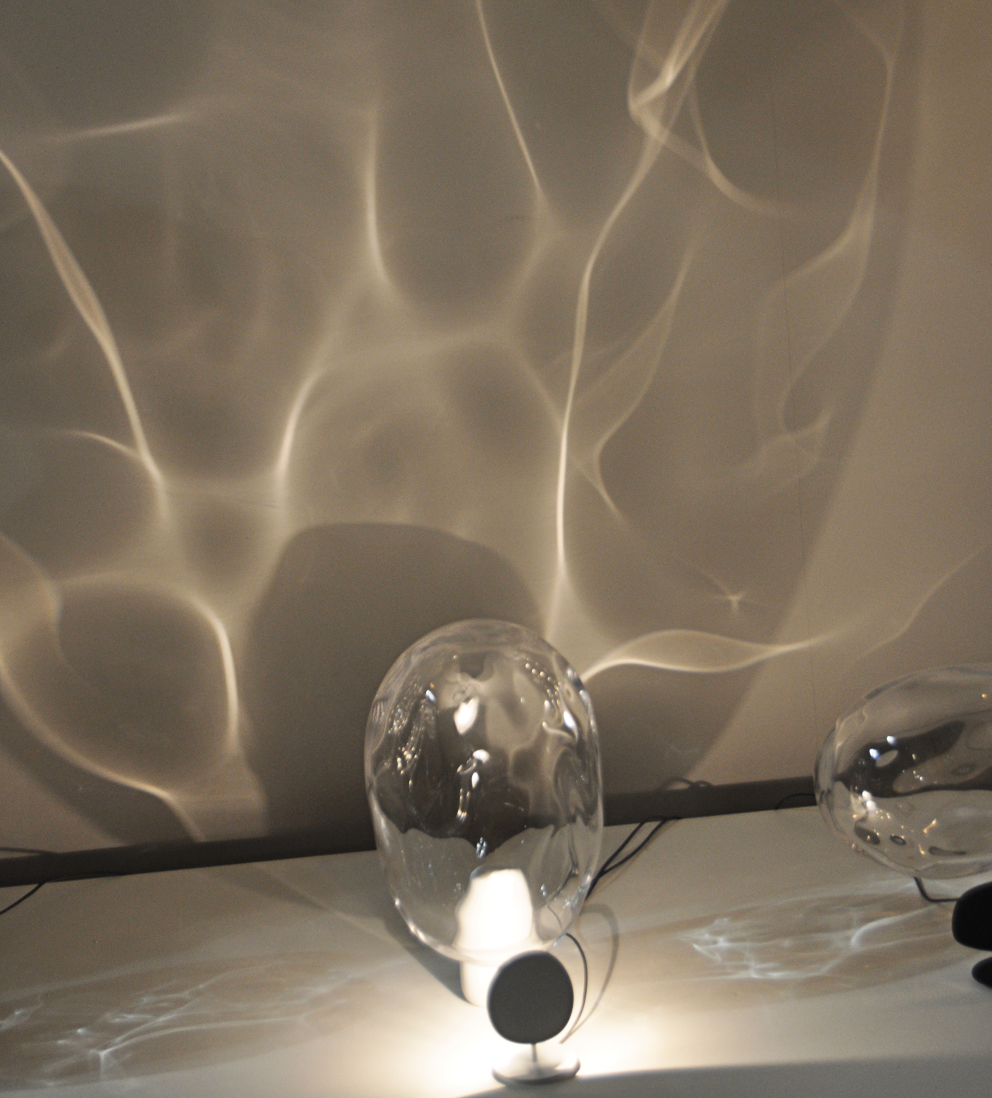 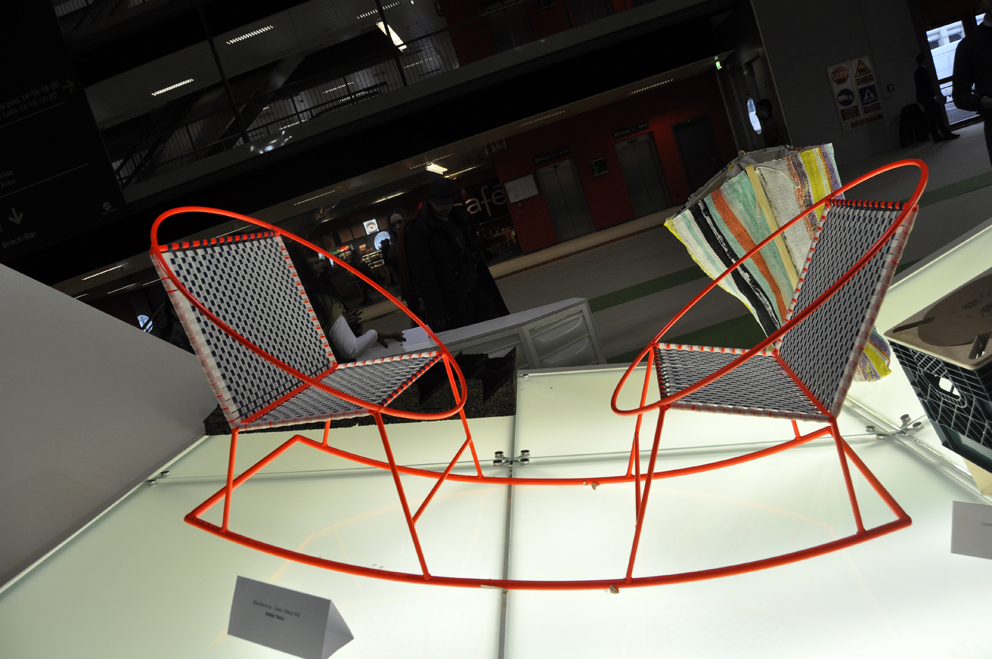 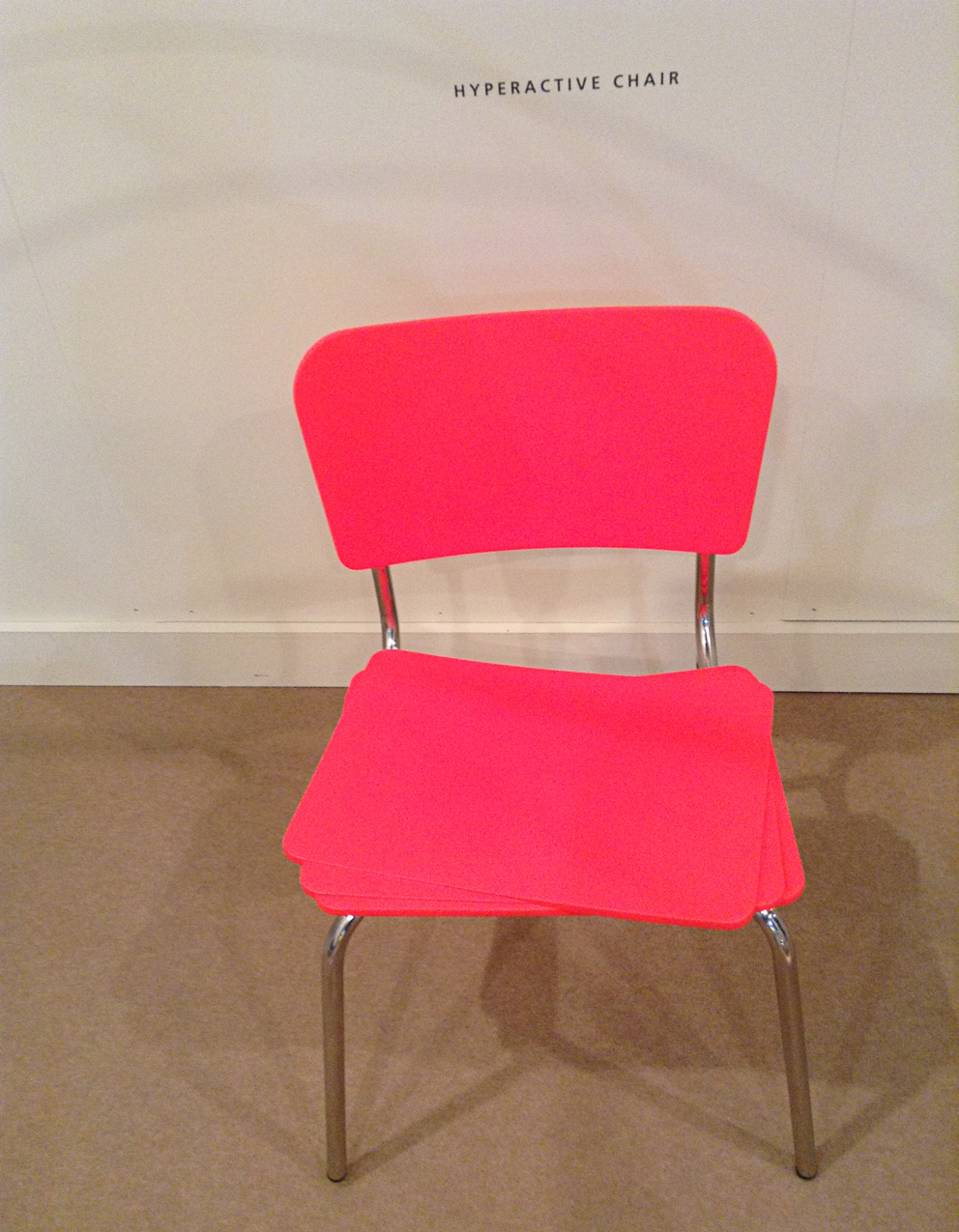 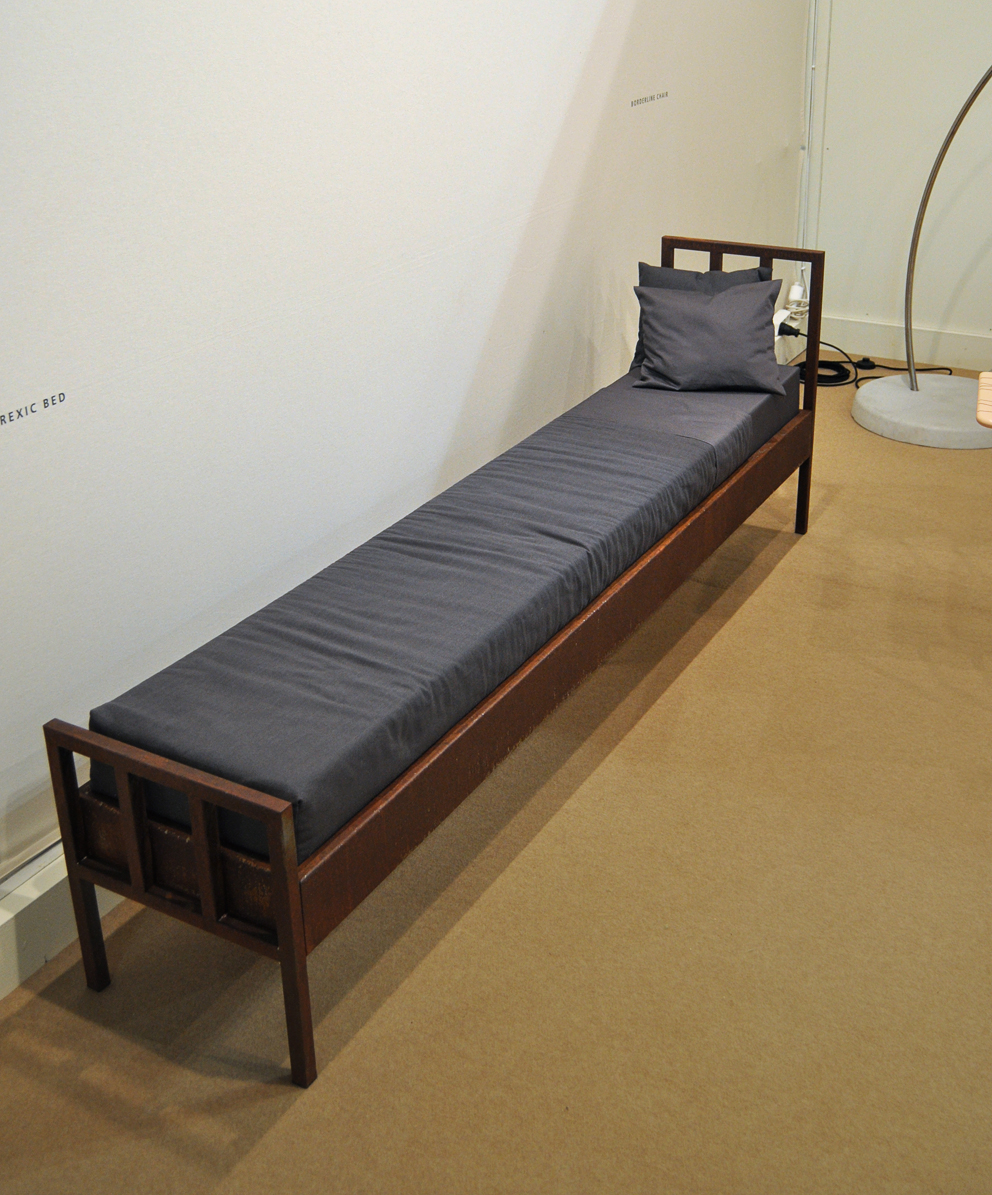 In the case of “anorexic bed” it is immediately clear which illnesses the furniture (owner) is suffering from. Photo © Martina Metzner, Stylepark 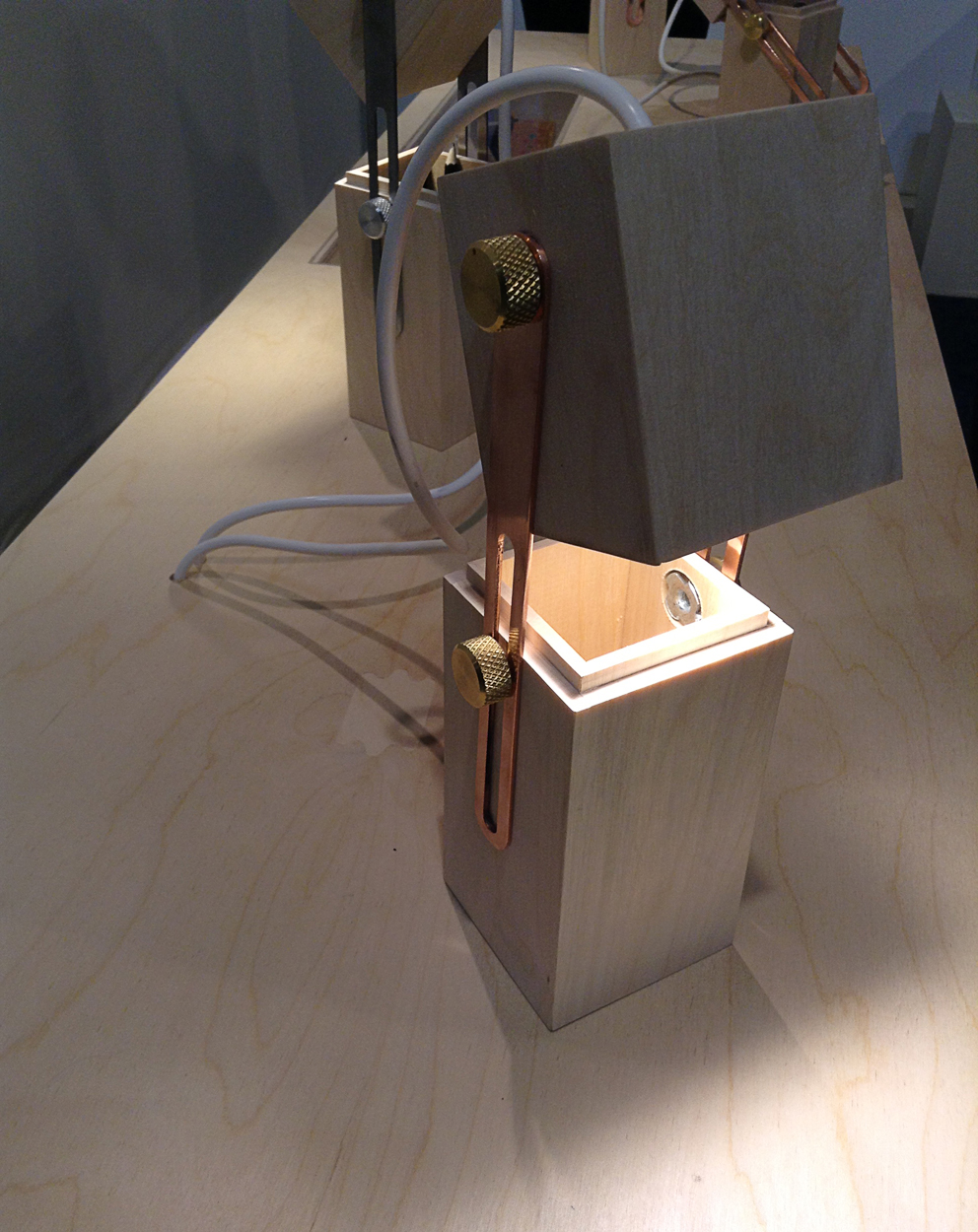 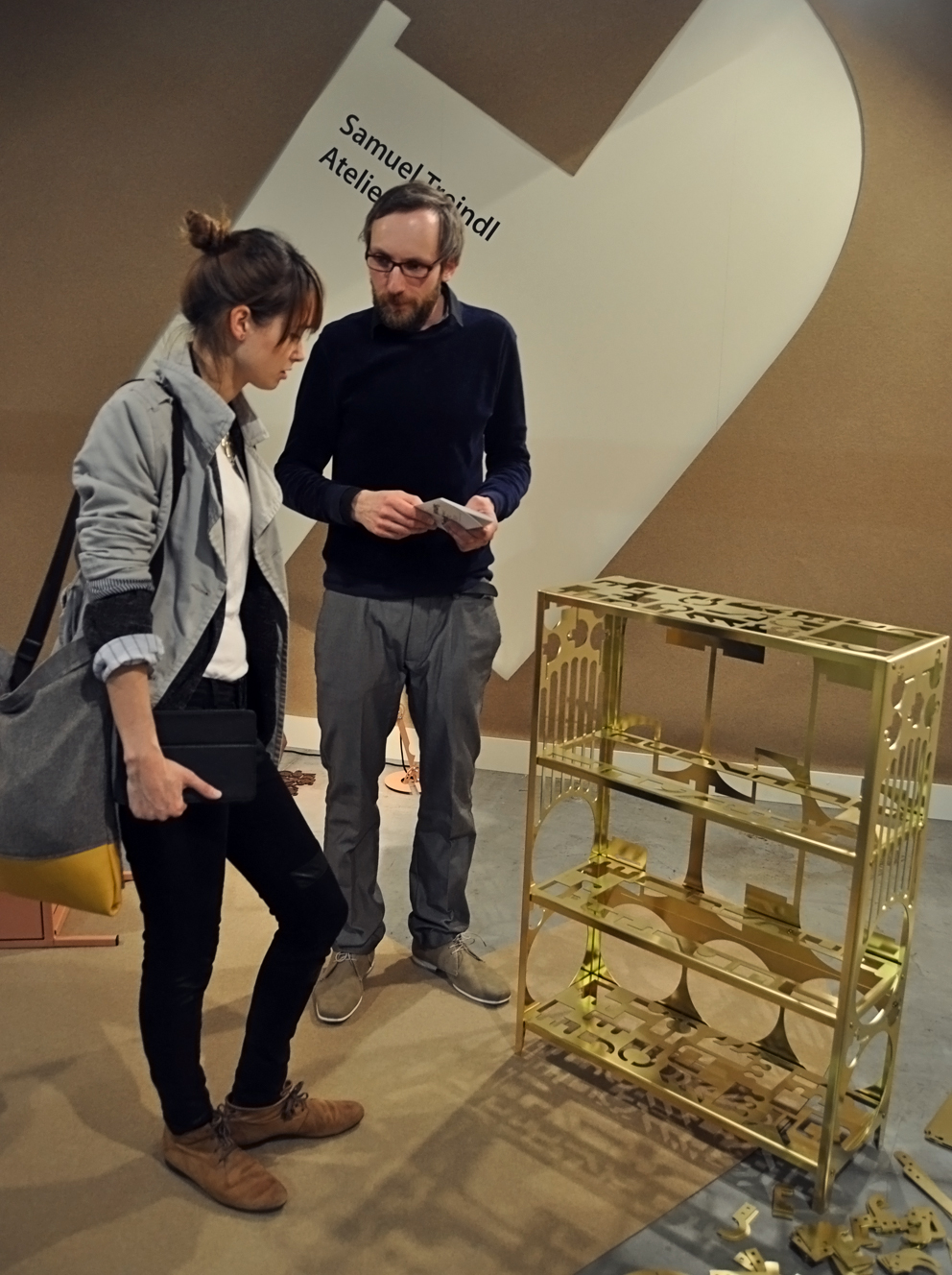 Samuel Treindl’s modus operandi is less subtle yet extraordinarily resolute. You could even say he attacks it. Photo © Martina Metzner, Stylepark 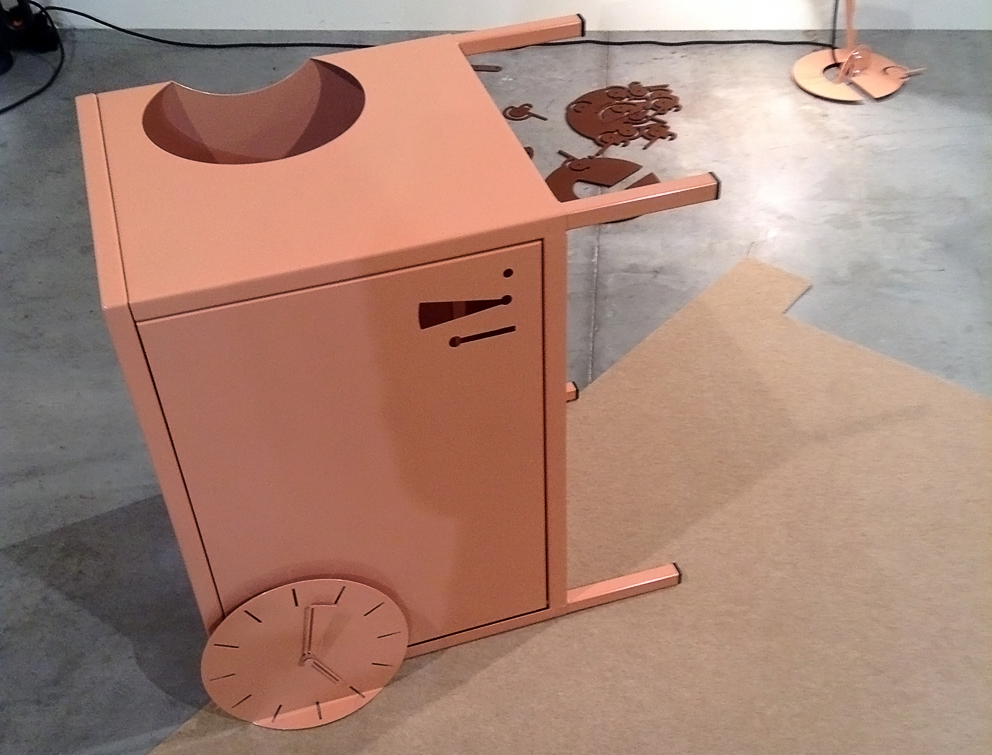 The German designer and artist turns the furniture production process on its head, buying furniture from discount stores and dissecting it, taking the pieces he needs. Photo © Leyla Basaran, Stylepark
Advertisement