The European Hansemuseum in Lübeck stands out for its clear, modern formal language and its subtle references to the rather heterogeneous surroundings. Typically for Northern Germany, Lübeck’s historical buildings are generally made of brick. Indeed bricks have served as the traditional construction material for over 600 years. For the new museum building the architects selected a double-skin façade featuring bricks by Petersen Tegl. As was the norm in the time of the Hanseats, the water-struck bricks were made in Denmark by hand. Consequently, they already have a highly varied patina and produce a pleasantly complex play of colors.

The new building by Andreas Heller Architects and Designers complements and completes an impressive ensemble of intact medieval buildings and archaeological finds, which were discovered during construction work. The Hamburg-based architects restored the 14th-century Castle Friary (Burgkloster) and integrated it into a tour of the exhibition on the hilly complex covering almost 7,500 square meters. They located the new 95-meter-long building on the periphery of the plot as a contemporary expansion of the city’s wall defenses. From the front, the monolithic-looking brick block is a modern interpretation of a gabled house like those frequently found on Lübeck’s Old Town island. The architects produced a sculptural yet contemporary interpretation of the numerous historical buildings listed as UNESCO World Cultural Heritage.

The delicate brickwork decorated with a broad design based on the Gothic quatrefoil was placed in front of the actual gable wall, softening the solid look of the otherwise closed-off building. These 7,000 specially made bricks also come from the Danish brickworks Petersen and were all handmade. Though the modern additions are evident in details such as the edging board, the large windows and slightly angular line of the façade, they do not slavishly mimic the elder existing architecture. What has remained unchanged for hundreds of years is the material: handmade bricks, in this instance by Petersen Tegl. (rw) 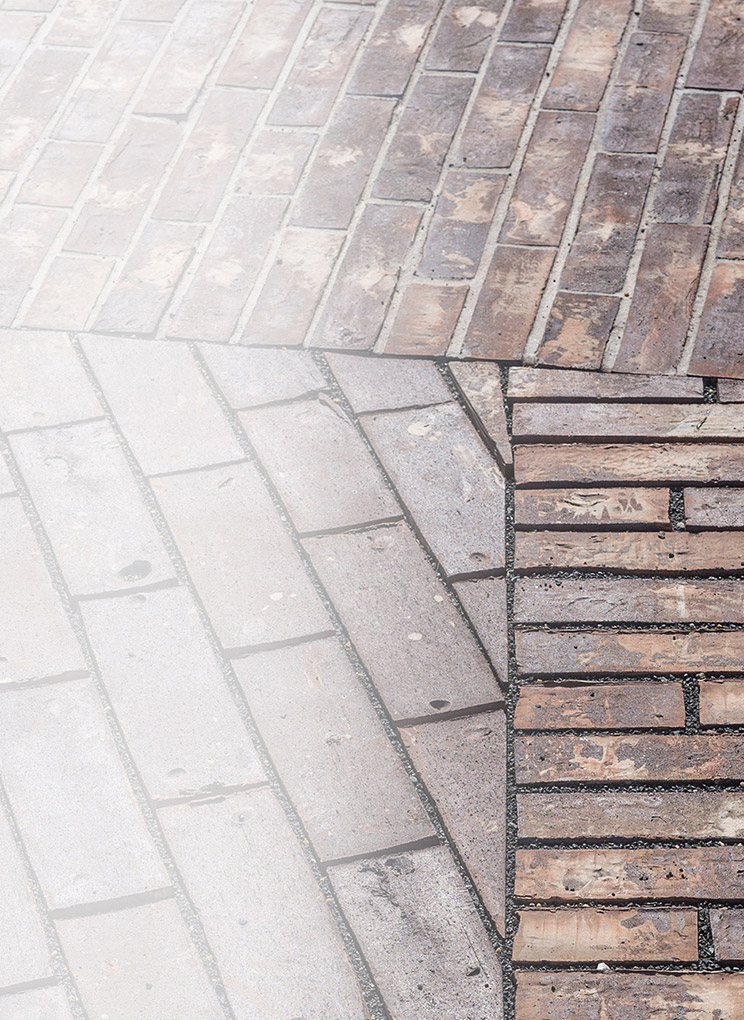 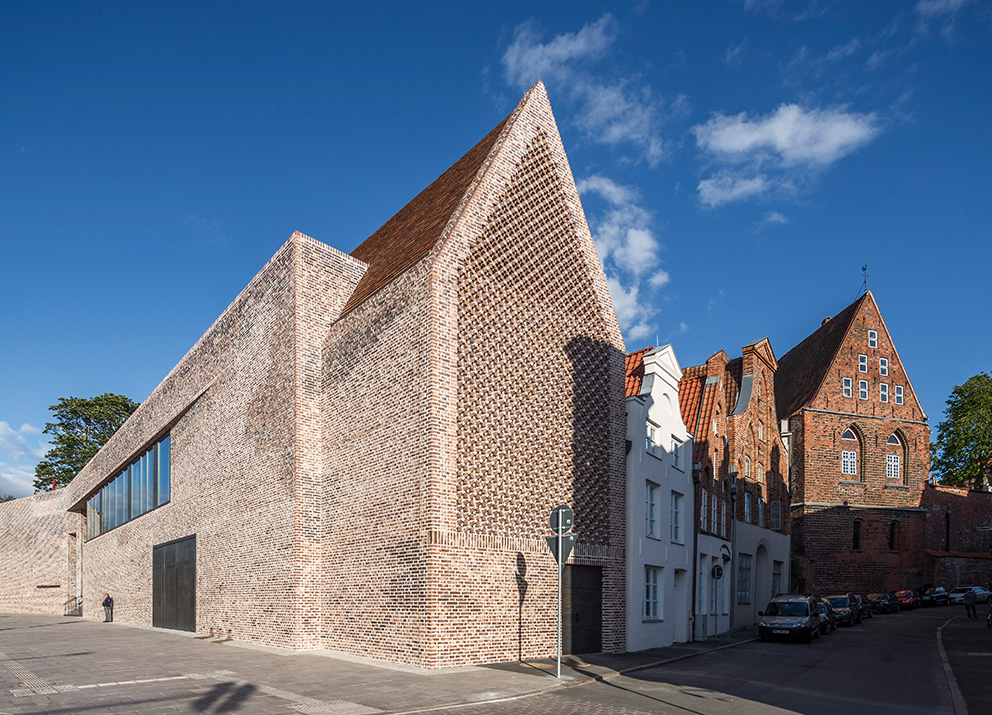 The new museum building by Andreas Heller is both sculptural and contemporary. The specially-handmade bricks by Petersen continue a centuries-long building tradition on the site. Photo © Anders Sune Berg 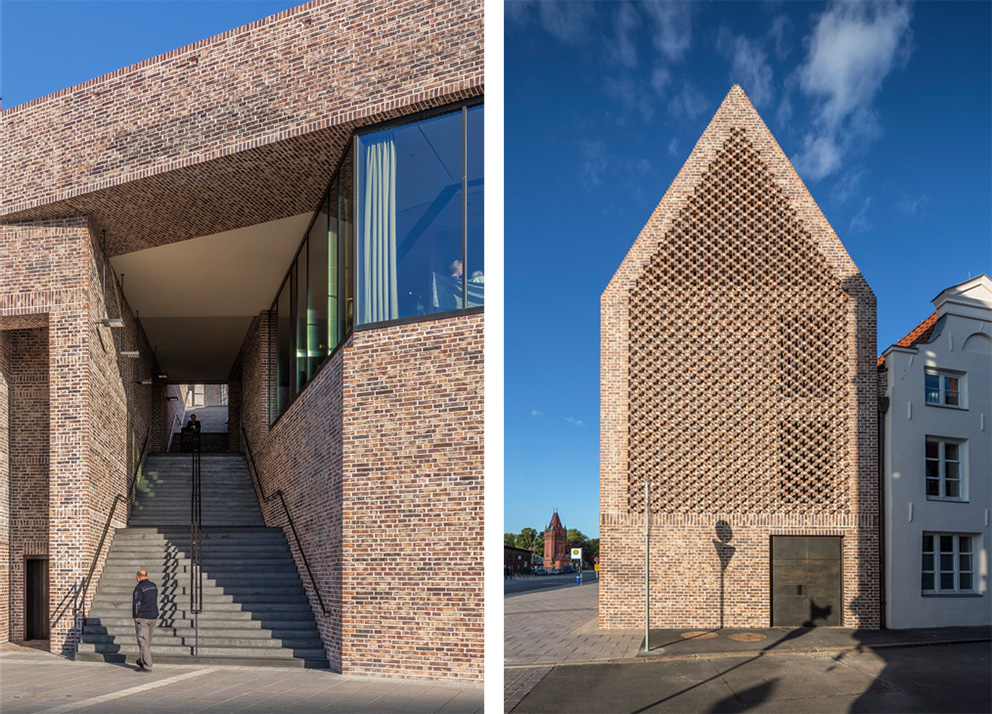 On the left: Visitors to the European Hansemuseum have direct access to the Castle Friary located at a higher elevation.
On the right: Petersen produced 7,000 special bricks for this modern, ornamental façade design. By contrast, the gable shape follows local tradition. Photos © Anders Sune Berg 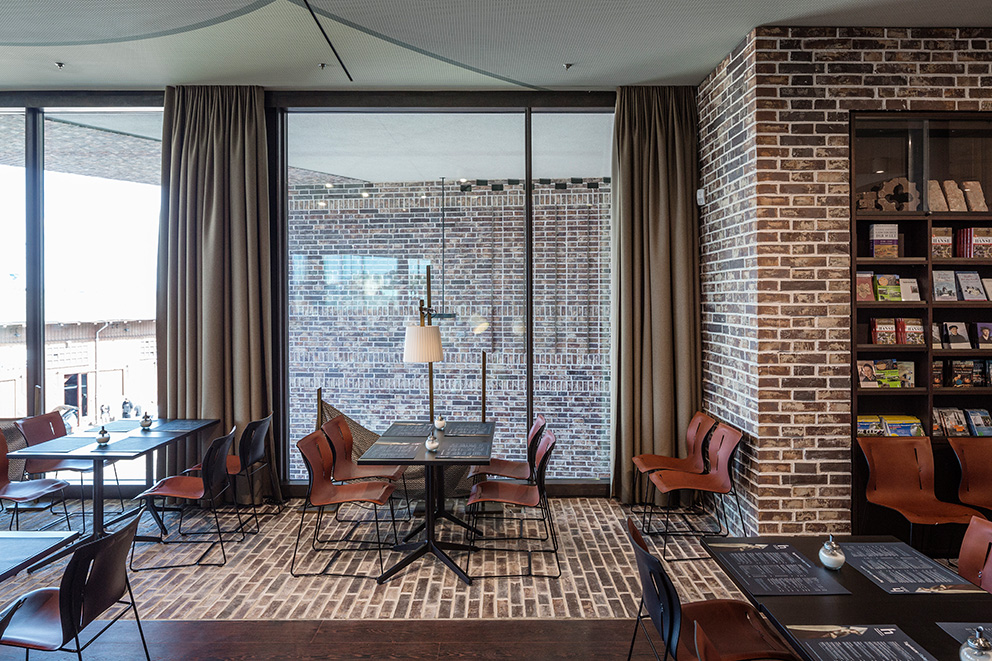 Inside, the bricks make for a cozy atmosphere. Photo © Anders Sune Berg 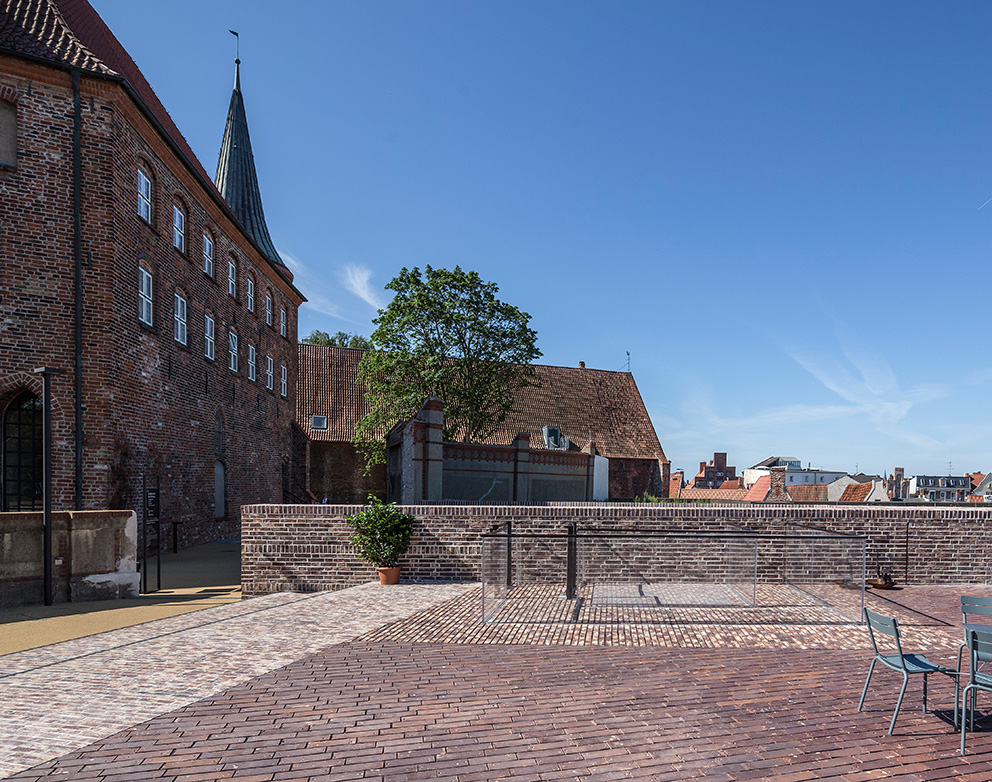 A medieval castle, part of a city wall, a new building and a viewing platform make up the ensemble of the European Hansemuseum in Lübeck. Photo © Anders Sune Berg 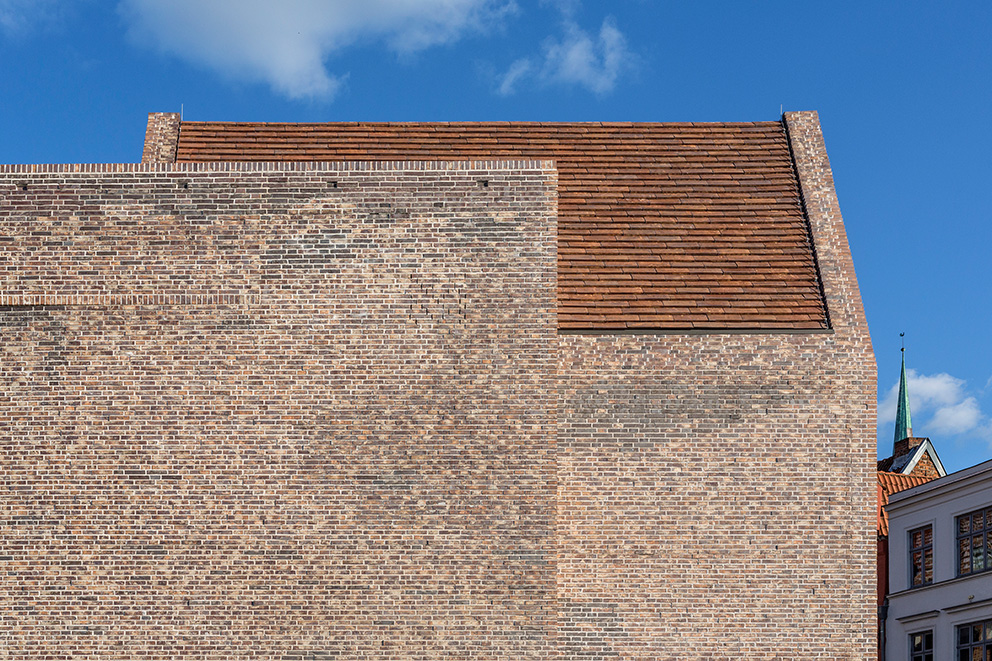 An impressive feature of the solid-looking structure is the lively play of color in the handmade bricks by Petersen Tegl. Photo © Anders Sune Berg 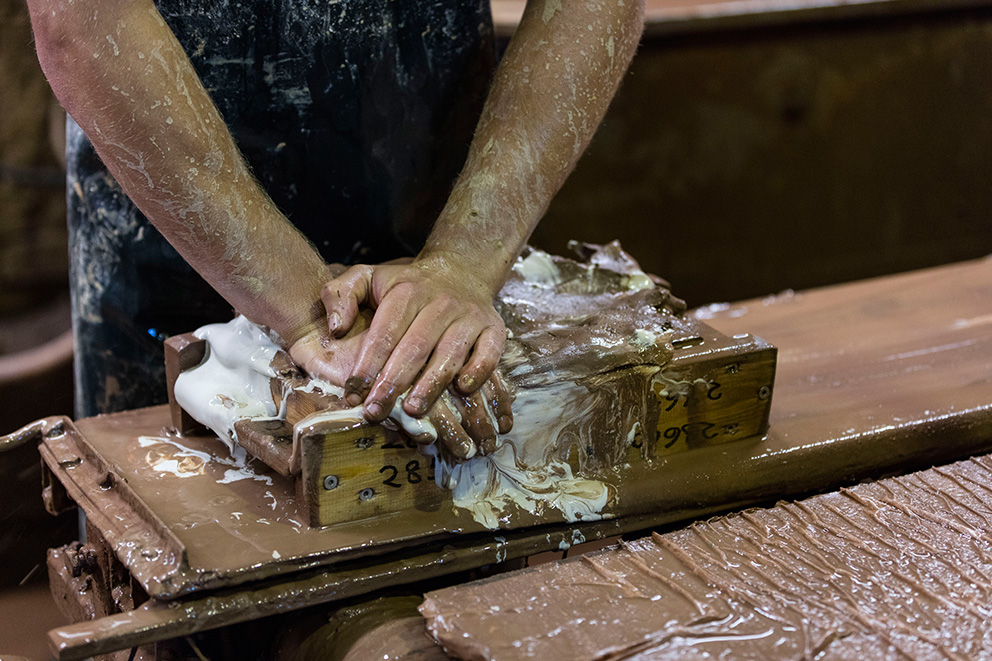 Pale clay paste acts as a lubricant and produces the different-colored surfaces of the bricks by Petersen Tegl. Photo © Anders Sune Berg 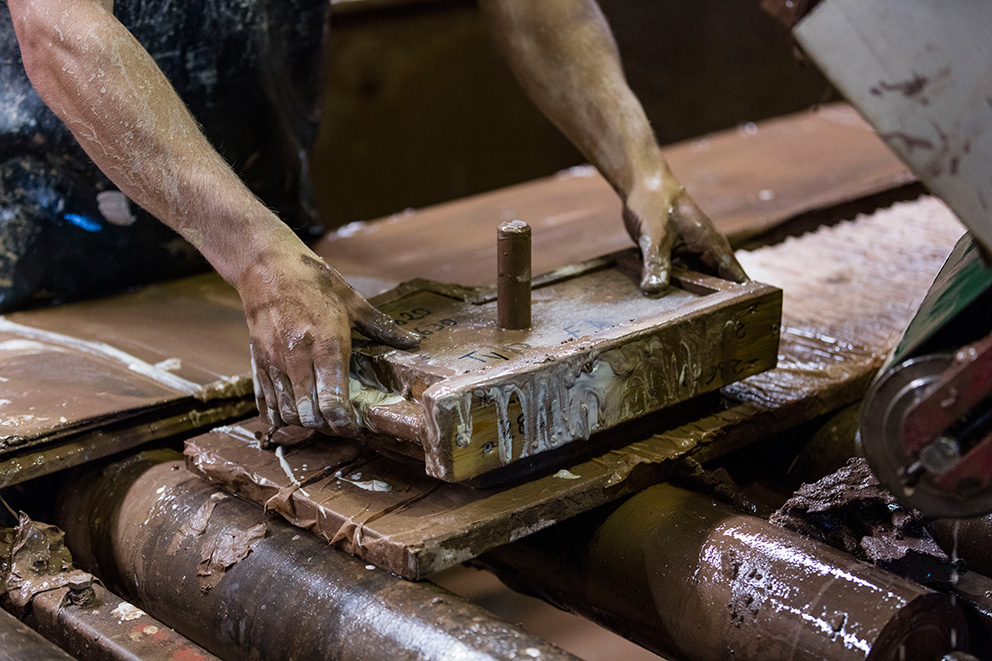 The bricks in the so-called cloister format were handmade in Denmark by Petersen Tegl. Photo © Anders Sune Berg 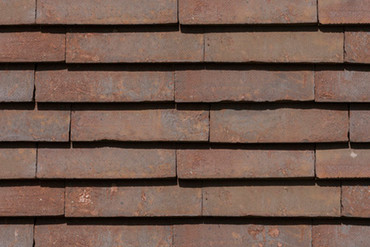 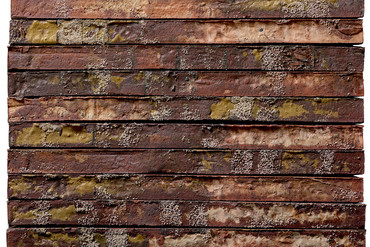 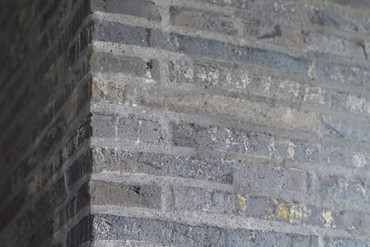 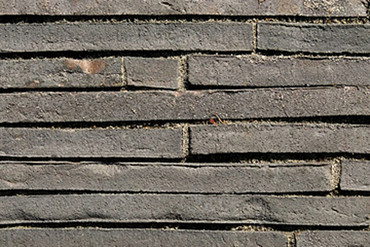