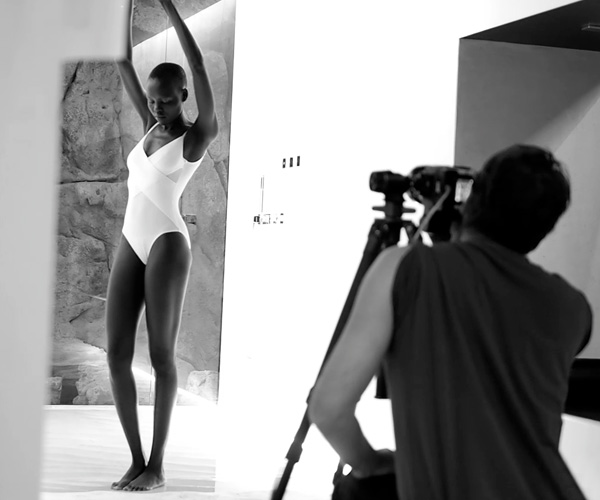 Black meets white, dark skin meets pale. Two well-proportioned bodies – one male, one female. Two things of beauty, alone – in a studio, in a shower before a backdrop of solid rock, bathed in exquisite lighting. Like a trickling stream, soft music accompanies the scene. Nowadays everything has to have an element of sensuality to it, even and especially in that area we (with absolutely no regard for eroticism whatsoever) call the “sanitary industry”, or to put it even more banally, plumbing. After all, water is in its very nature an extremely sensual element.

This isn’t anything new for Meiré und Meiré, who in recent years have produced a number of installations, performances and films for high-end manufacturer Dornbracht, consistently evoking the “spirit of water” and capturing the convergence of body and water in images that tell a story of sensuality and pleasurable sensations. Be it “Tryptic” or “360°”, both promotional films for the sanitary brand, they always make use of a plethora of stylistic devices, such as slow motion, lighting and sound, to portray this encounter with water, transforming it into a sensual and indeed evocative experience – an approach they have dubbed “Transforming Water”.
In their latest promotional film, “Sensory Sky”, due to premiere in the coming week, they have once again chosen to focus less on a “video art” depiction of bodies in motion or at rest and more on staging them in a highly lascivious manner. Here, we have given you a peek behind the scenes of the film’s production. But you’ll have to wait until March 13 to take a look at the film itself.

Yet it doesn’t stop there. “Introducing Smart Water”, the second of the new Dornbracht films, evinces that while modern-day marketing may be charged with the task of meticulously staging everything down to the smallest detail, there is at the same time a conscious differentiation between the portrayal of emotional aspects and the communication of information on the brand and its products.
In this particular film, for example, Matthias and Andreas Dornbracht use lucid terms and clear images to explain just why the sanitary industry is set to undergo a “revolution” in the coming years on the basis of digitalization, a development that those at Dornbracht call “smart water”. According to the Dornbracht brothers, the increasing individualization of their products and the simultaneous demographic shift taking place in our society, whereby the bathroom is increasingly morphing into a home “health center” where we take care of our bodies, minds and souls, will allow for a systematic digitalization of the sanitary industry, enabling them to tailor their respective products to the individual needs and desires of the user more quickly and more effectively. 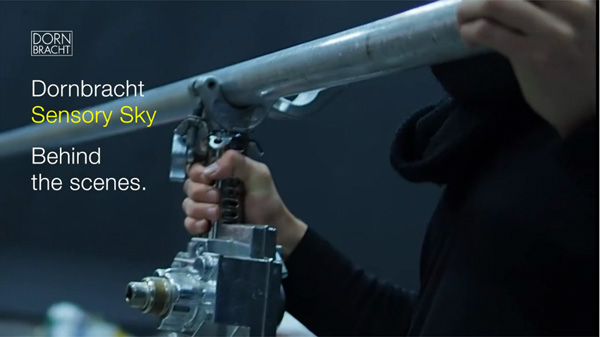 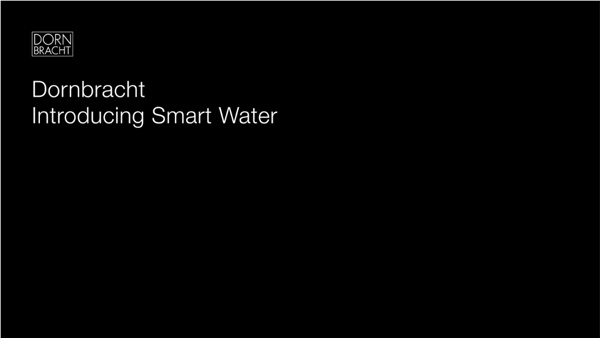