Is that a smile I see flitting across the waxen face of Lenin at the nationalisation campaigns currently taking place around the world? At any rate, tourists' interest in the embalmed leader of the revolution continues unabated. Over the road, however, the GUM temple of consumption is really empty. The first signs of the imminent demise of Russian turbo capitalism perhaps? A strange mood prevails in the Russian capital this autumn. Nobody knows quite how to take the devastating news from the world of finance. Where is the country headed? The passenger next to me on the plane, who works in the steel industry, is full of foreboding. The auctions he was going to have been cancelled at short notice. The building industry has massive problems and demand for steel has declined. Things would look different if the outlook was positive. Moscow looks very grey. The trip from Domodedovo airport to the city centre takes over two hours. My driver, Igor, says it always takes that long at any time of day. On the way to the city centre, we pass by sad-looking satellite towns, where most of the city's population, which by now has reached fifteen million, live. Patience is the greatest virtue in Moscow's congested traffic system. I resolve to take something of Igor's patience back with me to Germany.

My destination is the "iSaloni worldwide" fair, an export of Milan's fair company Cosmit and furniture association Federlegno-Arredo. The fair attracts almost five hundred Italian manufacturers of design to the Russian capital. At the same time, the GUM department store is hosting a gigantic exhibition of Italian design exhibits, which local people and tourists are looking at, some with incredulity. A glittering presentation, as far removed from the reality as the exhibition site is from the city. There, in the ultramodern Crocus Center, it's a meeting place for the Who's Who of Italian design. On the first day of the fair, presidents are the most popular group on view (in Italy almost everyone is a "presidente"), the throng of visitors is within reasonable bounds but there is already speculation that the Russian market, hailed as a saviour, is disturbingly caught up in the frenzy of the banking crisis. One highlight is the presentation of the "Salone Satellite" forum for young designers, which features 31 young designers from Russia and the Baltic States. Here, major creative potential is on display, especially Lithuanian Mantas Lataitis, who made the best impression with his multifunctional piece of furniture "Babel", which can be used as a table, bench or shelf.

And then it's back to the city to visit the ZUM store, a high-end version of GUM, as it only sells the top luxury brands. At Prada and Louis Vuitton it's completely empty, apart from security staff and hostesses, who can't get rid of their sweet-smelling perfume samples.
Are these really the first signs of a crisis already or did I simply come on the wrong day? Nothing seems certain in this country. Only Lenin remains unimpressed by it all and is celebrating a quiet comeback. 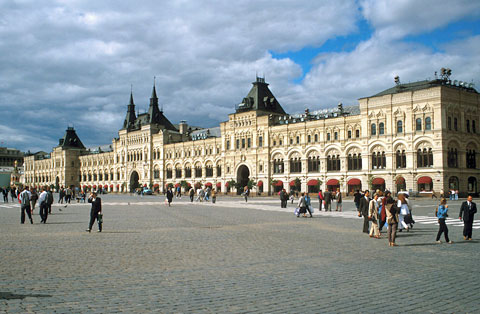 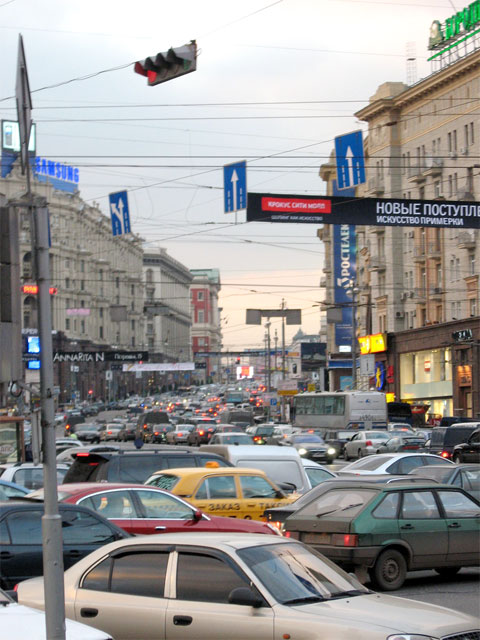 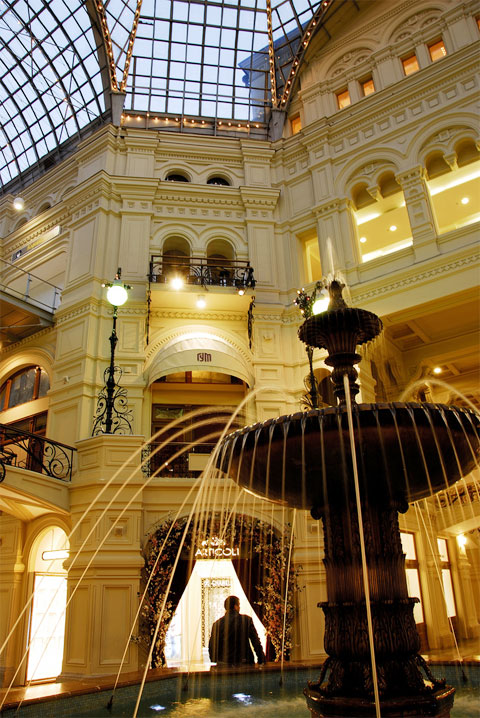 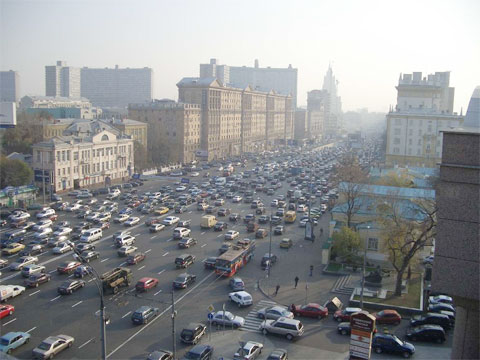 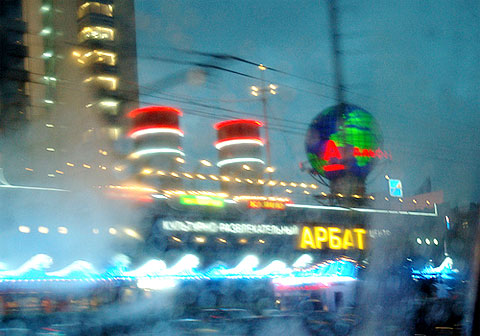