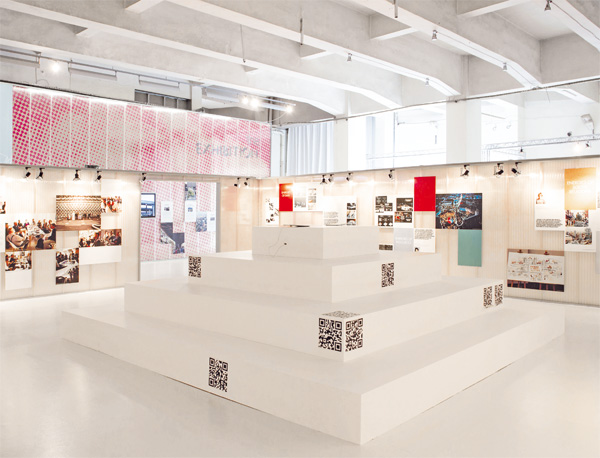 If you find your way out of Istanbul’s seemingly infinite labyrinth of side streets and alleyways and head to the larger main roads, the local problem immediately becomes clear: Car upon car upon car upon car, with a few trucks and buses in-between, and even fewer bicycles. Multiply this chaos by two, three, four or more lanes and you won’t be getting anywhere, well not faster than walking speed. From the vehicles, one looks out at the pedestrians on the sidewalks (if they aren’t blocked off or obstructed by parked cars) and the sport cars speeding by in the fast lane. Street traffic at a standstill is clearly a nuisance for everyone involved. And so it makes sense that Istanbul-based architectural firm “Superpool” has broached the question of what personal modes of transport will look like in the future.

One of the five firms to enter the running for the Audi Urban Future Award 2012, Superpool forewent hardcore theoretical frameworks when devising a concept for urban mobility in 2030, keeping a clear focus on the practical needs and requirements of urbanites. How can we reduce the volume of traffic and therewith the stress and strain this places on residents, while simultaneously finding a pragmatic way of getting from A to B? Does transportation have to be the all-determining parameter when structuring the entire cityscape or are there other options for configuring urban space that allow us to associate something other than vehicles with the word ‘mobility’? For Selva Gürdogan and Gregers Tang Thomsen, an effective collaboration between residents and the players in urban life offers the only expedient to master the situation in our cities. Rather than travelling alone in private cars, citizens should use small buses, so-called “Dolmus”, to get from A to B. Employed as shared taxis, this system of small buses has long since existed, but Superpool take things further and envision a networked, more effective, organized scheme for the future. With the help of the Internet of course; after all, with nine million Facebook users (ranking second worldwide) Istanbul’s citizens quite manifestly embrace the digital world with open arms. Superpool’s online platform “PARK” would facilitate more than just the use of the “Dolmus”; the application would also help create new ways of using public space. Wouldn’t it be fantastic if you could simply book a parking lot on your doorstep as the venue for an outdoor party with your family at the weekend? Or for a street soccer match with friends and neighbors?

While Supercool have evidently taken the pragmatic route and stuck closely to existing structures, Höweler + Yoon Architecture have ventured far from shore and into the future. In the form of “Shareway”, the Americans sketch a futuristic scenario for the metropolitan region between Boston and the US capital Washington DC. A total of 53 million people live in this conurbation, aka “BosWash” – the relevant city centers are strung out along the I-95 interstate, but the hinterland is now full of urban sprawl. The term “BosWash” was coined by the US futurist Herman Kahn, who considered the future of three US metropolitan regions in a study compiled in 1967 that looked forward to 2000 – in addition to “BosWash”, it also looked at “ChiPitts” (Chicago/Pittsburgh) and “SanSan” (Santa Barbara/San Francisco/San Diego). Today, the “BosWash” region generates around a third of America’s GDP. However, it is as good as impossible to think the infrastructure of the megalopolis can continue to develop along conventional lines.

“The image of ‘BosWash’ is determined by the American Dream of yesterday and infrastructural wasteland, the relics of a traditional perception of the city that no longer holds true,” explains Eric Höweler. Together with his partner J. Meejin Yoon, he addresses the subject of infrastructural reorganization and networking in this urban environment. The idea hinges on improved coordination between those transportation systems that provide trans-regional links, on the one hand, and regional and local systems on the other. Within the “Shareway” concept, personal means of transport are reserved for use at local level. Here, perhaps for the “last mile” at least, there remains a small vestige of the American automobile dream. The modes of transport seen in Höweler + Yoon’s concept, which won the architects this year’s Audi Urban Future Award, bear little resemblance to present-day vehicles, though visually they do promise a slice of that sense of freedom we will most likely always associate with the term mobility. Here, personal ownership takes the back seat to the collective use of the infrastructure, buildings and spaces at hand.

It goes without saying that support from the digital world is imperative for a networked use of (transportation) systems. By extension, in the future the success of urban planning concepts will presumably no longer just be contingent on construction planning, but likewise on the design and use of digital interfaces. In the vision presented in “Shareway”, operating such interfaces high up in the air is a matter of course, as is the arrangement of the different infrastructural elements across various levels, overlapping and dovetailing with one another. Here the spaces between the structures are consistently packed with residential and office buildings and utilized as pragmatically and indeed collectively as is any wasteland to be found in the neighborhood, which is consequently put to both small and large-scale horticultural use. Welcome to Utopia! Immersing oneself in this wonderful new world for a moment or two is certainly an exhilarating experience. Despite the urgent need for such a transformation, it does seem that in addition to technological developments a great deal of social change would be required before concepts such as “Shareway” can really take root.

Social transformations also provide a starting point for the concept created by NODE. Looking at the situation in the city of Shenzhen, NODE founder Doreen Heng Liu calls for a renunciation of the western model of socio-economic development: “Shenzhen should adhere to a new urban prototype.” Shenzhen, one of five agglomerations in China’s Pearl River Delta, all of which are truly mushrooming, has like its neighbors squarely focused on growth. Over the past 30 years, it has morphed from a peripheral town with 30,000 inhabitants into a megacity with a population of 15 million. Doreen Heng Liu: “We have made it our mission to take the city from a state of deadlock to one of liberation.” The Chinese KUN is set to become a QIAN. NODE also advocates transportation systems that distinguish between goods and passengers. We should, they suggest, place less emphasis on the logistics of freight cargo and create a strict division between this and personal transportation, which will operate on a newly created interface. The architects say that the absolute separation of the systems and the expansion of a dual infrastructure would reconcile social and ecological requirements without constraining economic development.

Urban Think Tank considers the interaction of formal and informal transportation systems to be an important prerequisite for the creation of flexible spaces that influence one another. “Urban Parangolé” is the name chosen by Alfredo Brillembourg and Hubert Klumpner for their concept, which concentrates on the human need for movement and mobility. It envisages multi-functional hubs spread across São Paulo to form a cohesive network. Aside from these hubs, the duo’s notion for the future is shaped by open mobility concepts. Here, the term “mobility” is not limited to modes of transportation but also incorporates mobile workplaces, vendors and restaurants. “The Parangolé project creates a vision for a city in which movement is a useful activity,” comment the pioneers at Urban Think Tank, who won the Golden Lion at the Architecture Biennale in Venice just a few weeks ago.

In Mumbai, entrepreneurial activities have been setting the pace for quite some time now. According to the analysis carried out by local research collective CRIT, the megacity on the Indian subcontinent with a population of 12 million finds itself in the middle of a radical economic transition. The existing infrastructure, which was installed to cater for the long dominant manufacturing industry, has long since been overwhelmed by this dynamic development. Rush hours now differ by locality, there are traffic jams where no one expects them, and business is developing in those places where people come together, at times just briefly, at others for longer periods or even over days. “In 2030, Mumbai will be defined by four key factors,” forecast CRIT. The development of technology will have an even more sustained effect on the economic system, the age demographic will become a specter looming over the city, while the gap between rich and poor will be far greater and while today some may still brush off environmental concerns as a passing fad, they will be far from resolved by this time. CRIT argues that the only way to unravel these potentially disastrous interdependencies is by taking a more inclusive approach to the various local players.

In other words, the debate on mobility in 2030 centers on people. In light of technical progress and planning considerations, social change and individual interests should surely continue to be the lodestars when constantly reevaluating new concepts and systems as they arise. 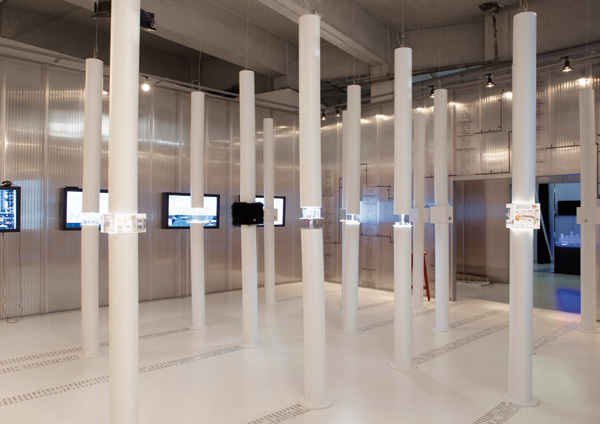 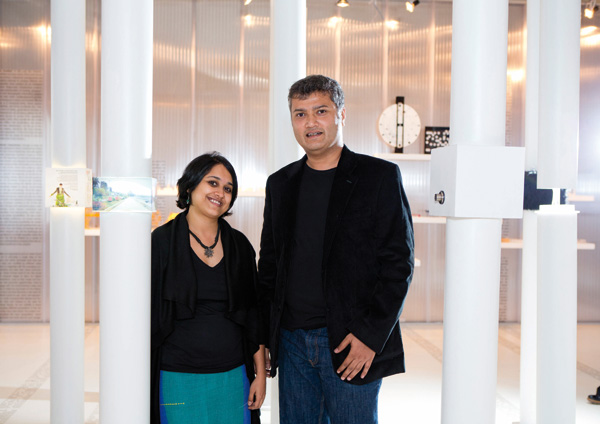 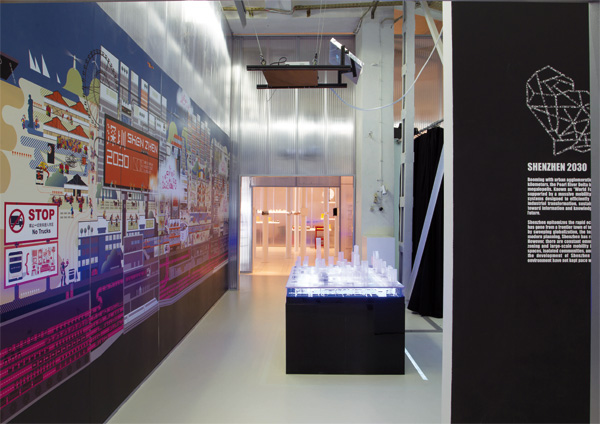 The future of the Chinese Pearl River Delta is the theme of NODE, photo © Audi Urban Future Initiative 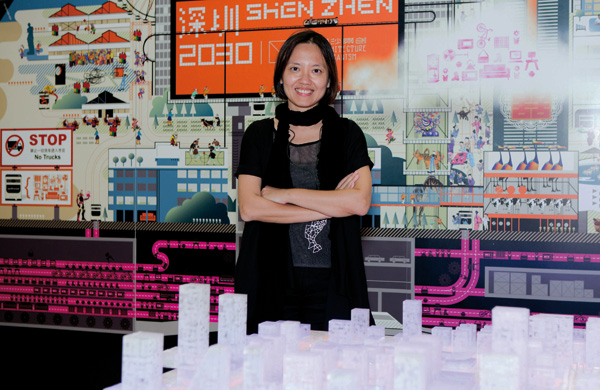 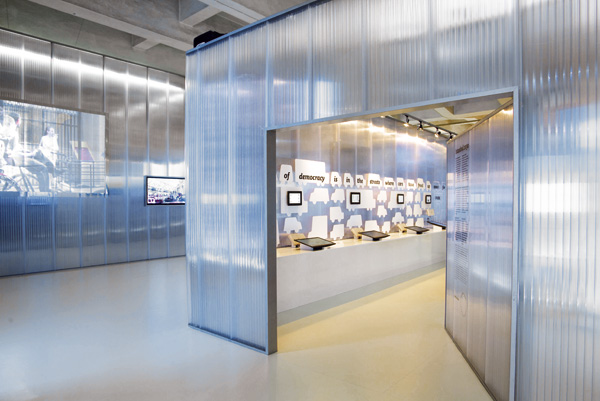 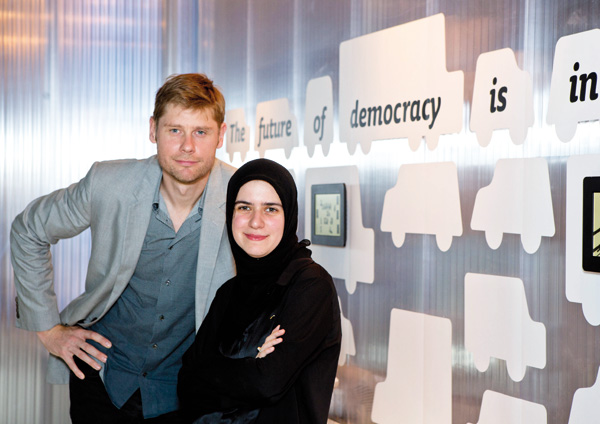 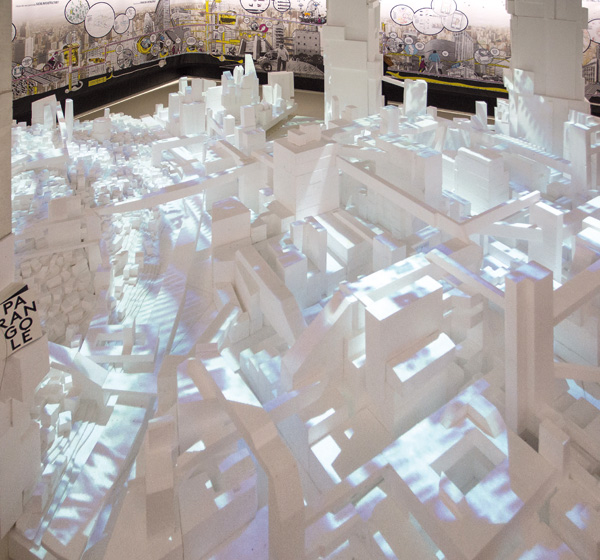 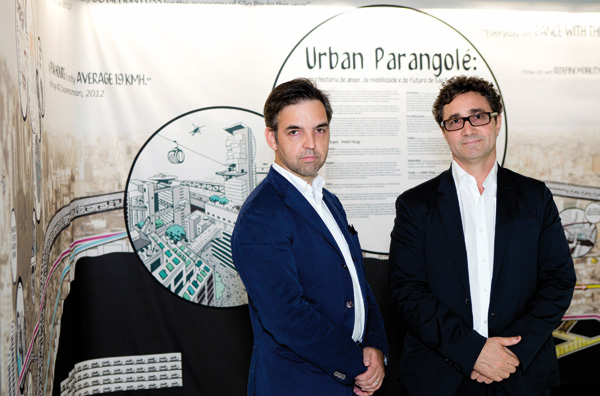 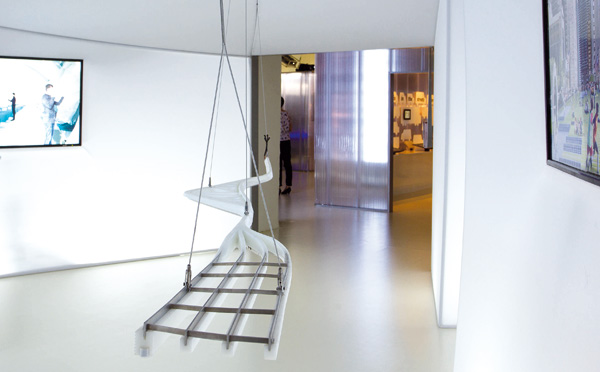 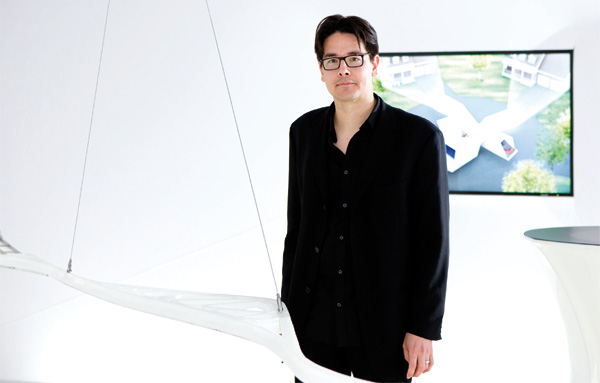