In 1927, Mies van der Rohe planned an estate as a field of experimentation to play through all the variants of Modernist house building – in Stuttgart. The “characteristic representatives of the Modernist movement” he selected were able to realize 33 houses with 60 apartments. The result was the Werkbund estate on the Weissenhof grounds. In Berlin, on industrial wasteland of the same size, 33 architects are now building more than 1,000 apartments. Which is more than an estate, as in the middle of Charlottenburg in Berlin the WerkbundStadt (WerkbundCity) is arising, intended by the initiators Claudia Kromrei and Paul Kahlfeldt again to be a field of experimentation.

This open experiment is not compatible with a competition. Instead, Kahlfeldt adopted Mies van der Rohe’s “collegial principle” and invited architects from all the Werkbünden and federal states, including some from Switzerland and the Netherlands, too. All of them colleagues “with whom one can discuss things controversially and stay friends as we share the same interests. Competitions tend to result in mediocrity, and mediocrity is the worst thing possible.” The intention was not some swift decision by a small jury on who got the first prize which then gets “retrospectively improved” by all and sundry. What was above all important was a comprehensive, transparent and readily comprehensible process of discussions with the property owners, planning authorities and political committees – and with the locals.

The architects only had to meet two requirements – and were able to submit proposals for three selected plots each. WerkbundCity requires that “constitutive elements of urban life such as plaza, streets and plots” be emphasized and “to design not just the façade as the face of the house but also the interior of urban space”. And architects were expected also to consider the respective cut of the total of 39 plots, envisaged for several townhouses and two standalone high-rises, and yet mainly presented as the segment of a line of buildings or as part of an open block with freely accessible inner courtyards. Freed of the narrow constraints of a competition tender and urban design guidelines, at the workshop the one or other architect seemed out of his or her depth: “We can’t plan without knowing what the building next door will look like.” Kahlfeldt countered: “It suffices to build a beautiful house. And if five beautiful houses stand next to one another then all is roses.”

There are many opinions on beauty, be it appealing to the senses or formally persuasive. However, “this discursive approach came up against its limits in defining the architectural shape, as you can’t take democratic decisions on aesthetic issues,” as architectural critic Gerwin Zohlen puts it in the catalog “WerkBundStadt Berlin – Am Spreebord”. So in the final instance the project managers had to choose from the total of 114 designs submitted.

A decision was thus taken on the neighborhood, for example of Christoph Mäckler and Schneider und Schumacher: The elegant restrained brick building with the emphasized steep saddle roof alongside a façade that thanks to the staggered row of portrait and landscape formats is more a matter of open rupture than clear structure. Above it the box-like load of a studio apartment with a panorama window juts out almost like a threat. As if to say: exclusive location. Fully in the interest of the whole, as only this mixture enables the WerkBundCity, without public subsidies, to provide 30 percent of the apartments cheaply – in each and every building. In other words not the typical investor-driven pattern of plain dwellings on the northern periphery and expensive comfort in the southern tip.

Next to Mäckler’s design an dwelling by nps tchoban voss with strips of windows and a set-back penthouse functions as a modest link. And at the next corner Schulz und Schulz opt for steamboat themes and art deco allusions – justifying the suspicion that maybe it conceals the entrance to a shopping mall. The impact of such exceptions is thankfully dampened by a clearly structured and well-proportioned 16-story high-rise (Studio di Architettura, Vittorio M. Lampugnani) and the Hans Kollhoff entry, reminiscent of a Hanseatic merchant’s townhouse.

This diversity points to the desired mix of living, work and life in a city where all is close at hand. And comes up against the call for a degree of unity as each independent residential build is also meant to persist as the typological hallmark of the district. For this reason, 60 percent of the houses in WerkBundCity are made of brick. Because, as Kahlfeldt puts it, “Berlin is a brick capital, sometimes the brick has been plastered over, sometimes it can be seen. We want to continue this tradition.”

That said, any experiment, any attempt requires constants. Such as brick as the material. Or the avoidance in most instances of cars, made possible by a pilot project by BMW, which has provided both car sharing and 2,000 rental bikes. And finally, by resorting to the tried-and-true albeit sadly no longer fashionable model of the apartment block. The plan is not large property developers or investment funds, and they are responsible for our cities becoming ever more inhospitable, but preferentially for private home-owners or mid-sized developers to realize the an individual proposal for a plot – in close collaboration with the architects.

The focus will then no doubt be on the small print at the back of the catalog: the layouts. At first glance, proposals for developing two apartment blocks catch the eye: one, a semi-pyramid leant against the rear façade, designed by Brandlhuber+, and the central rotunda as a public meeting space, courtesy of Lederer Ragnardóttir Oel. Both are as noteworthy as they worth pondering – and will as real-life examples fuel debate on planning processes and construction practices. The emphasis is not on some officially ordained specimen home, but on a method for at least cursorily visualizing the many residential models for tomorrow – not at the drawing board or as greenfield developments, but in the middle of the city, in the WerkBundCity. 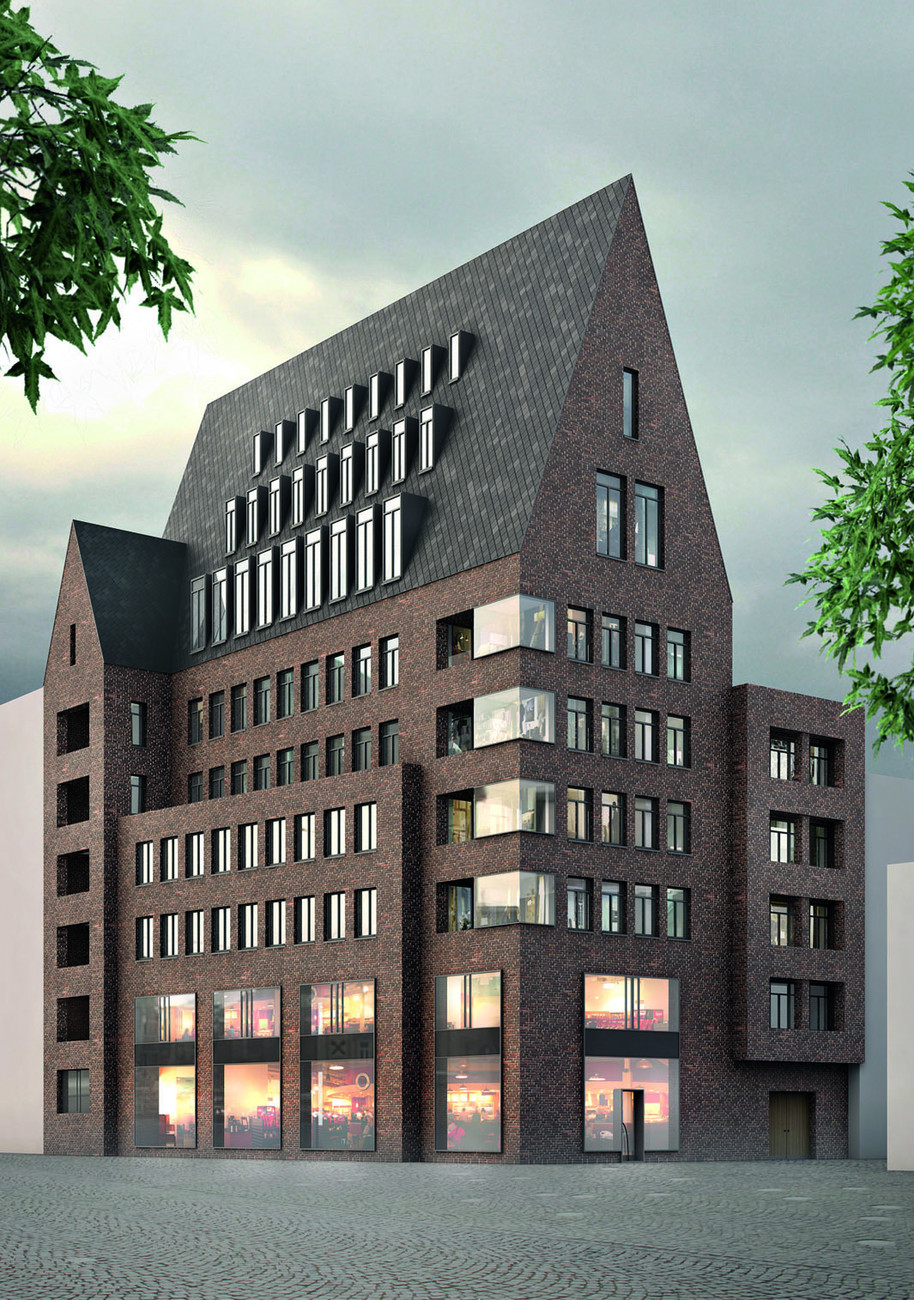 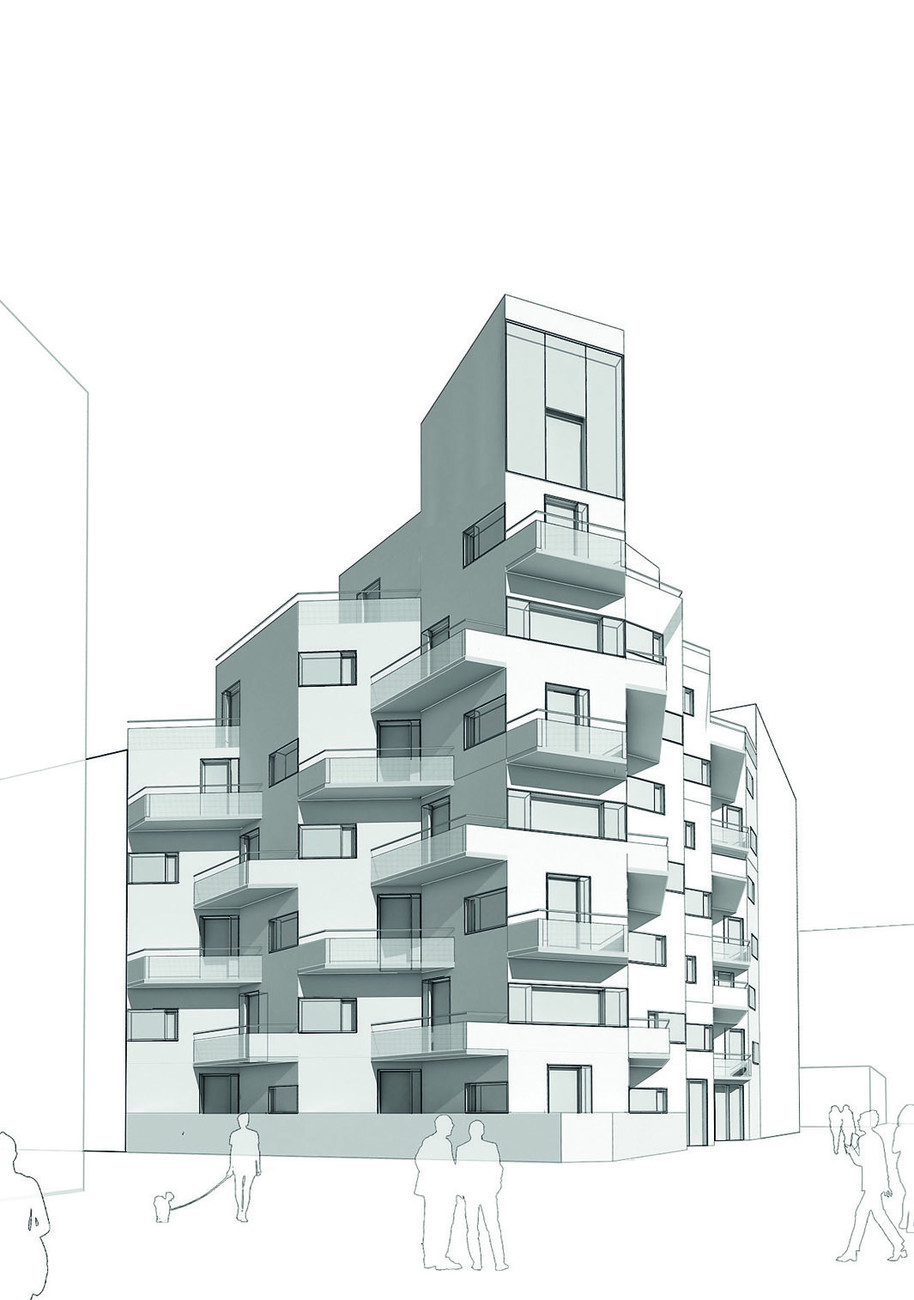 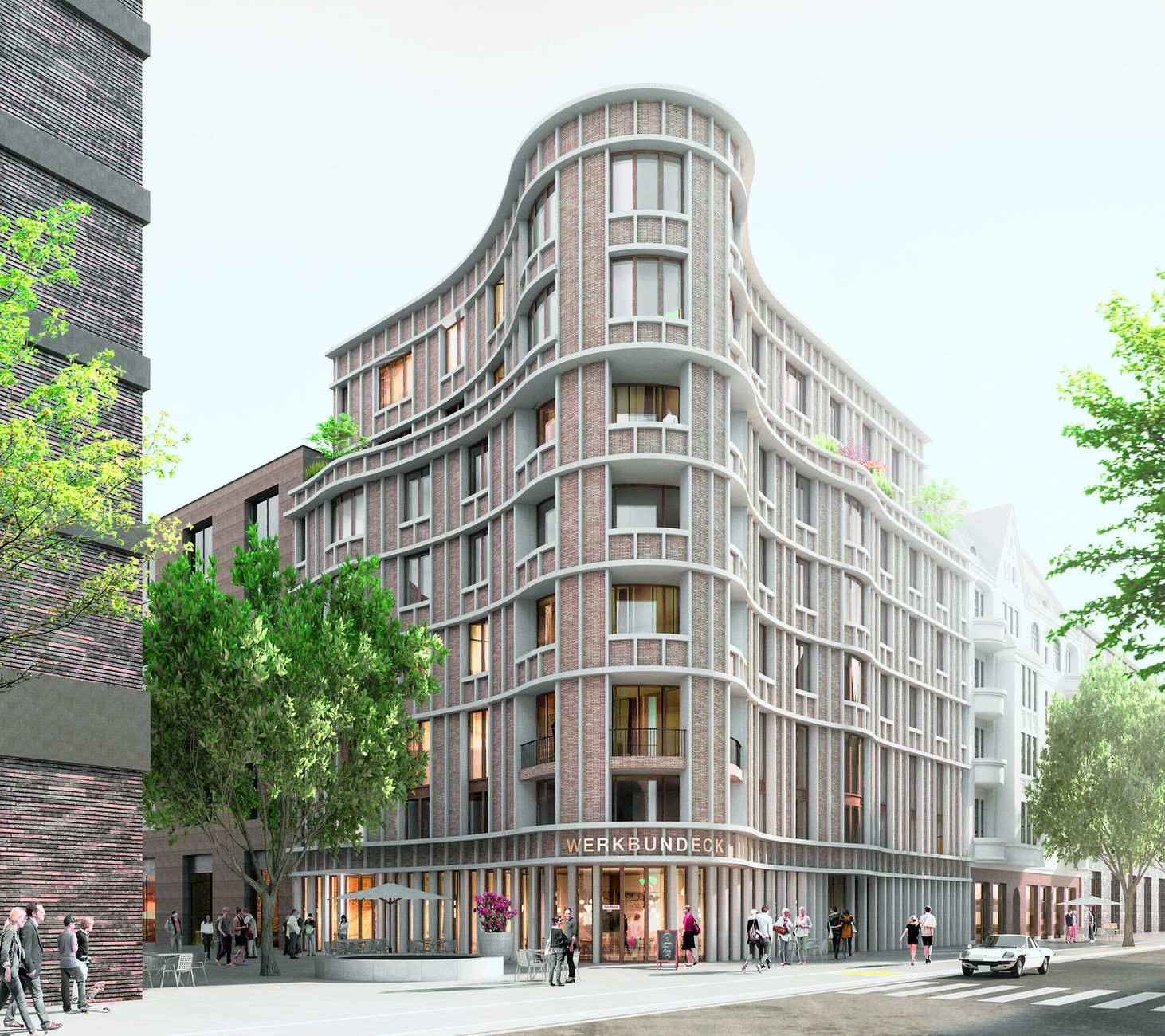 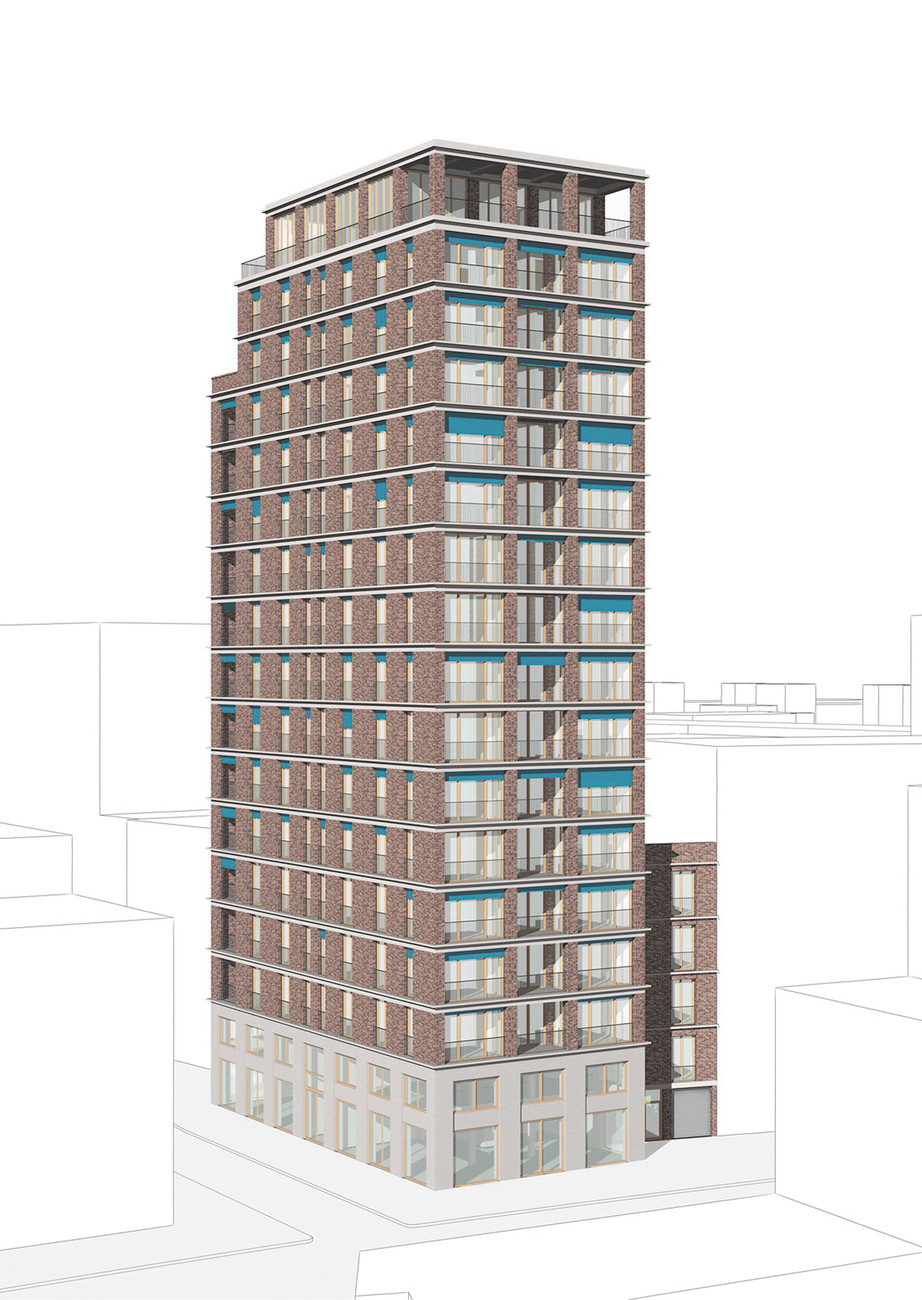 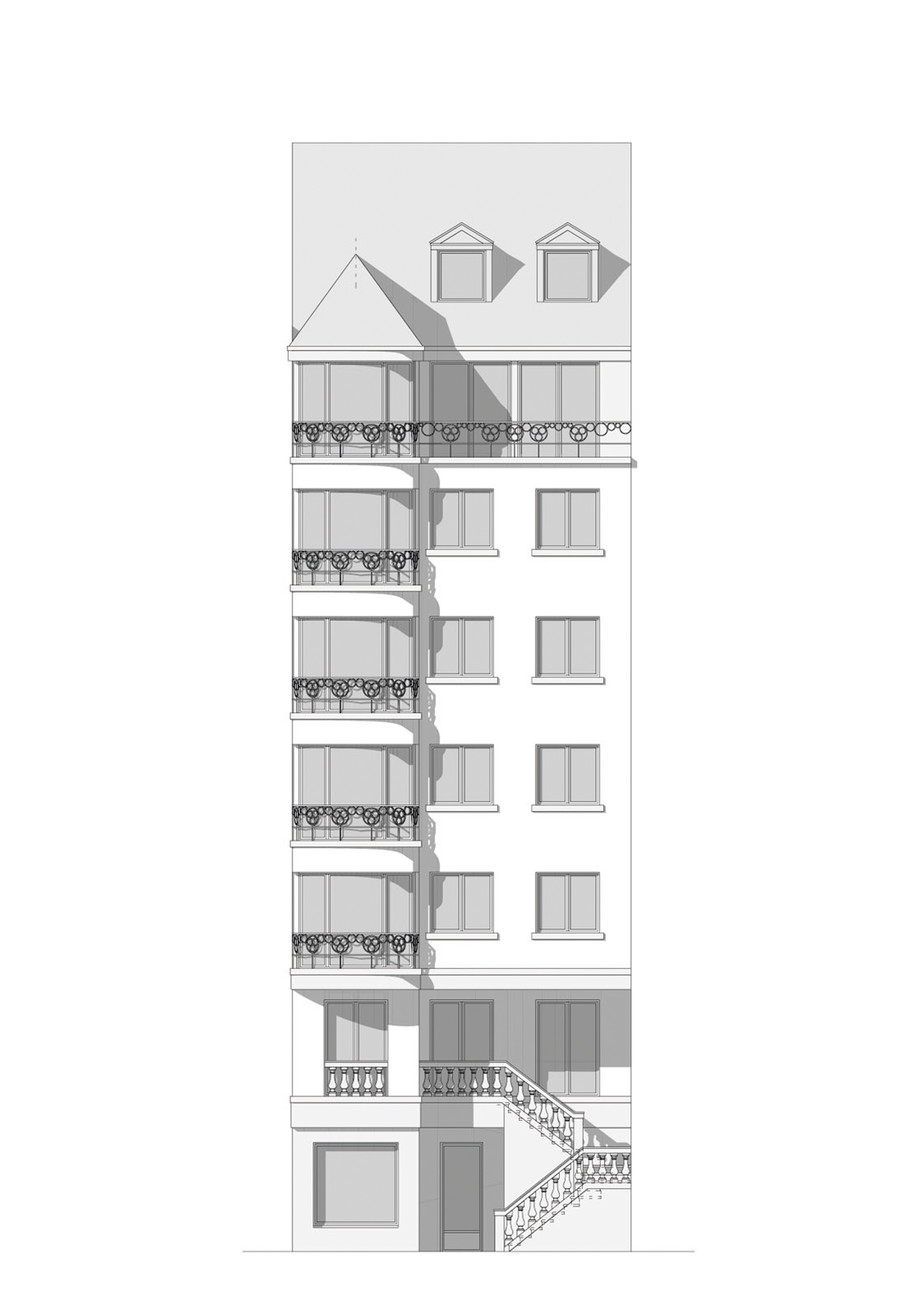 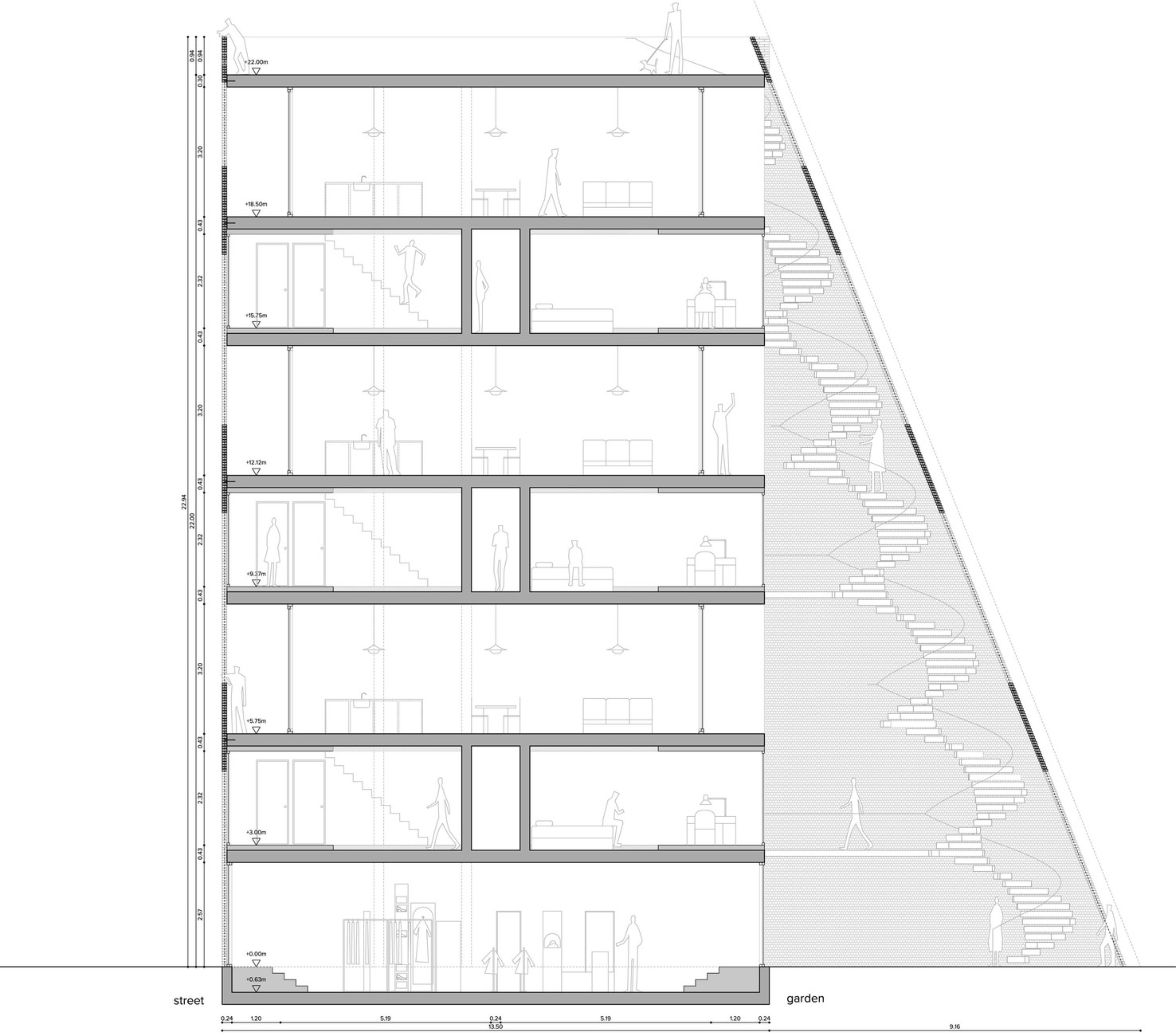 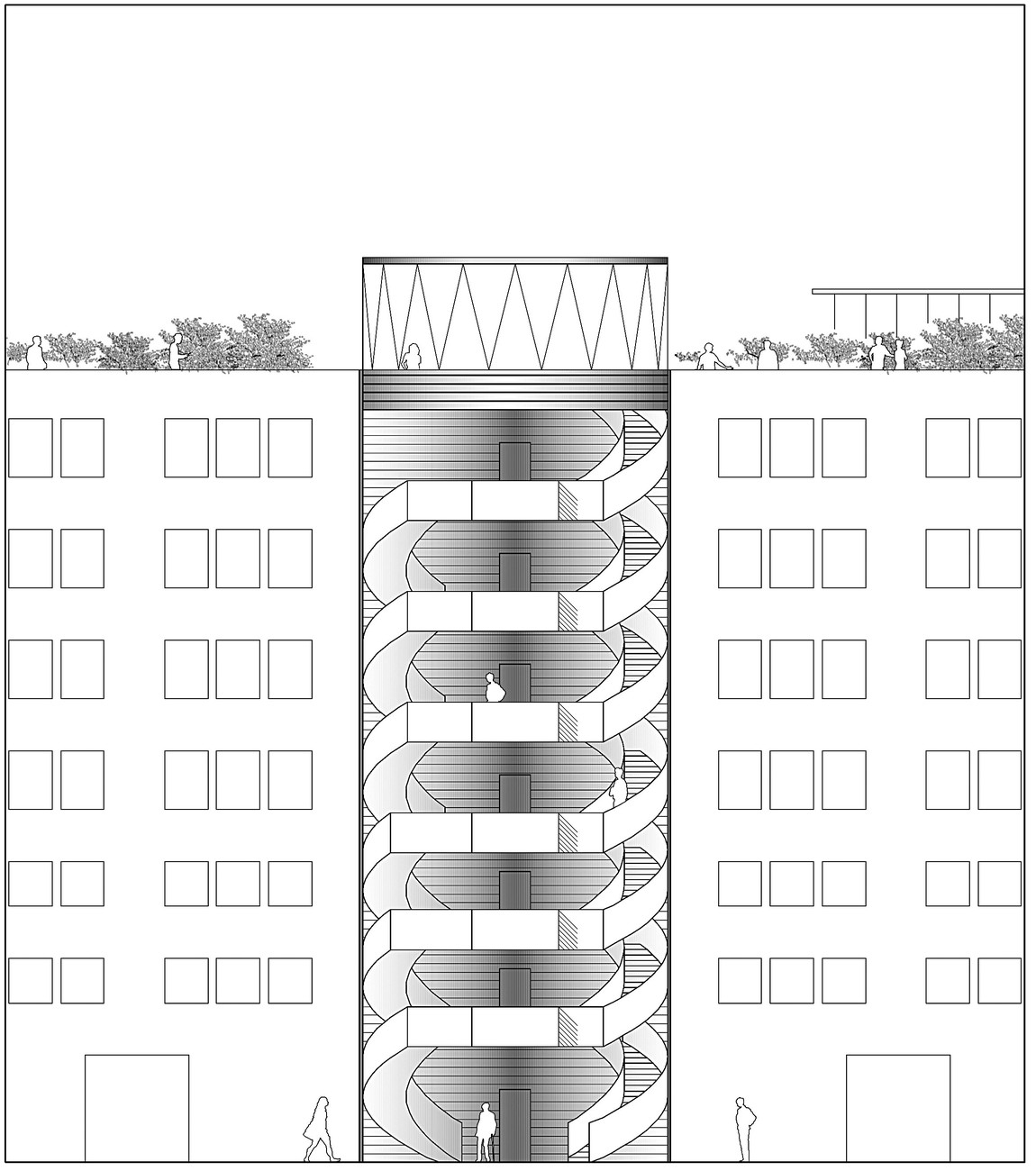 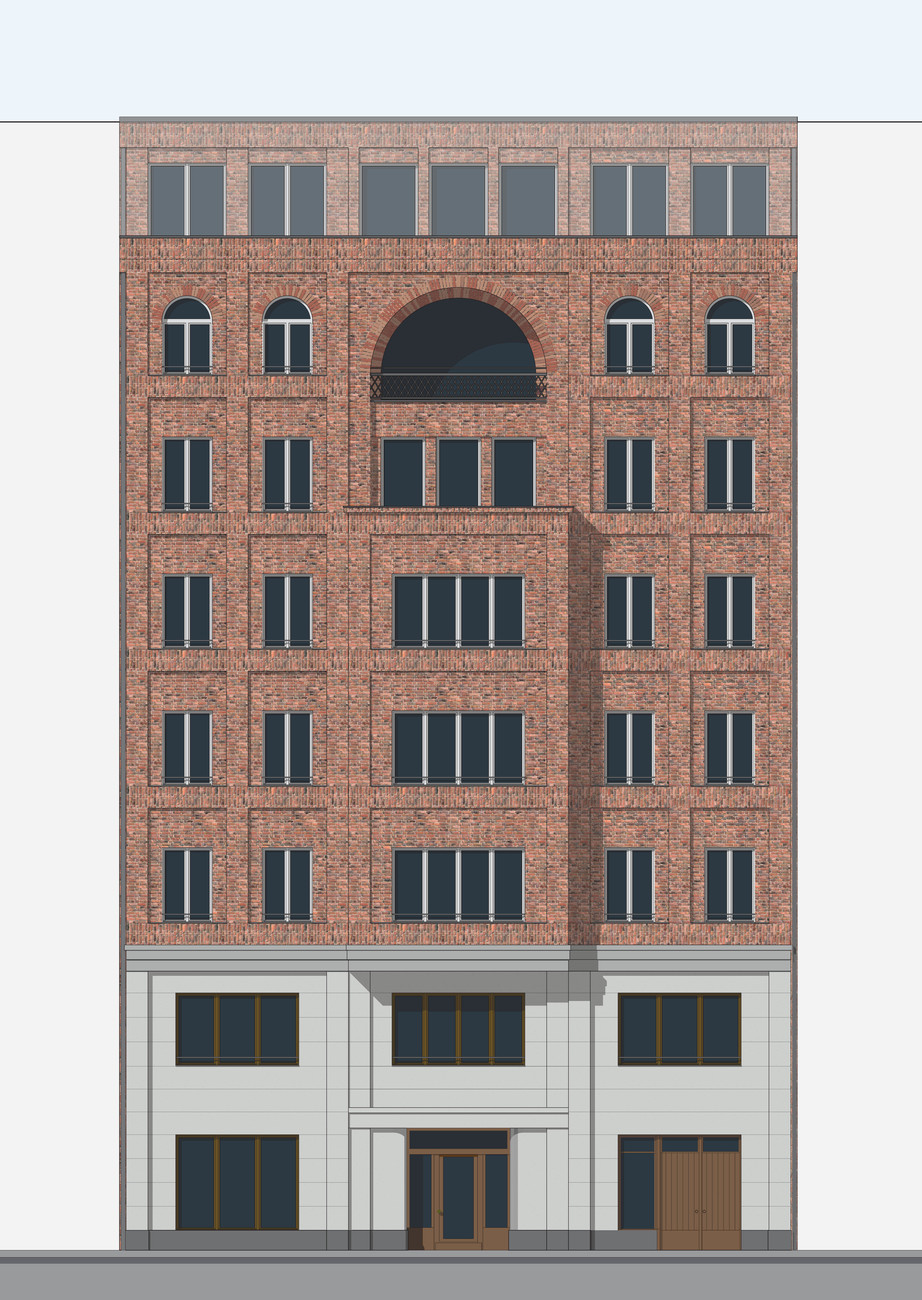 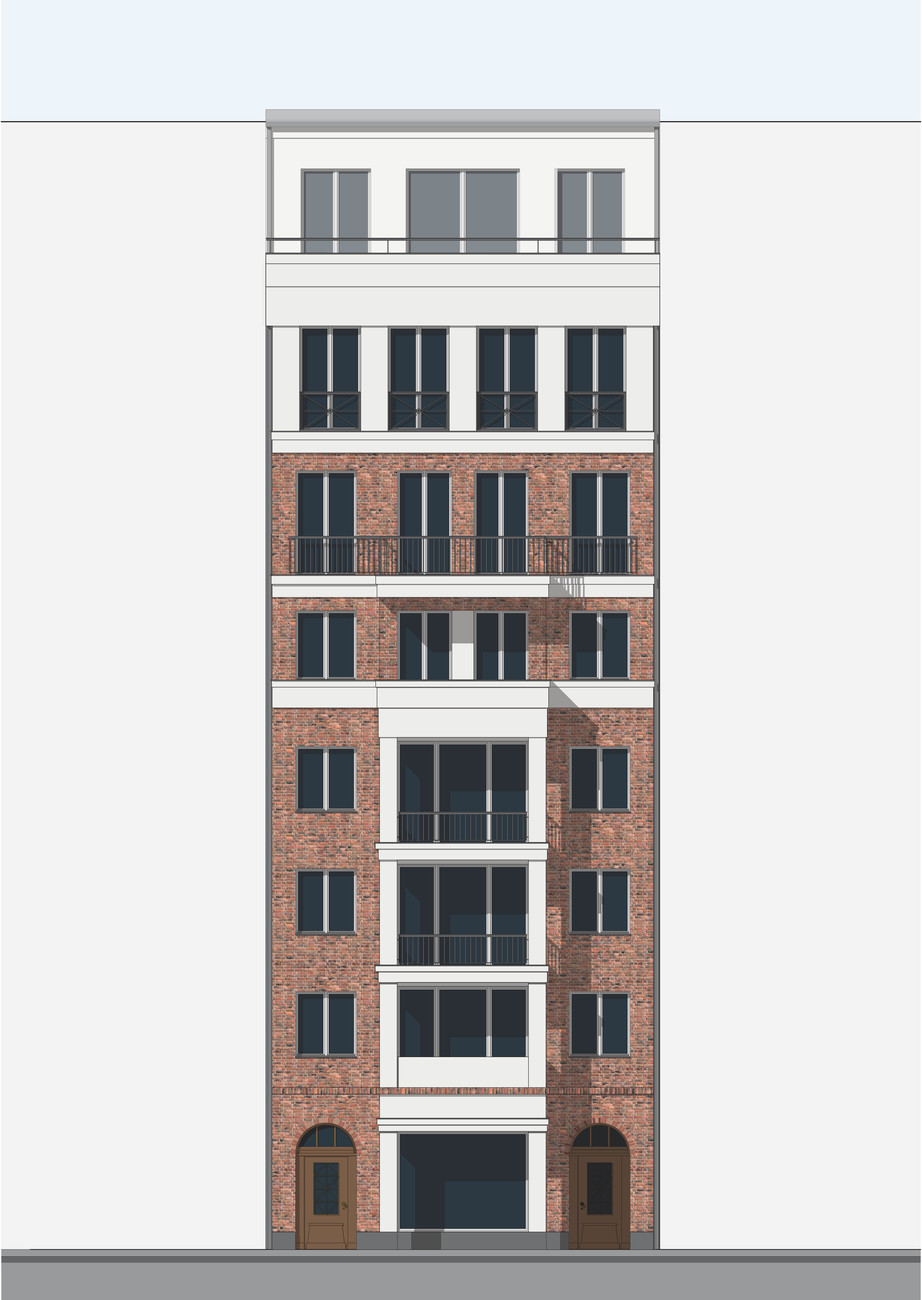 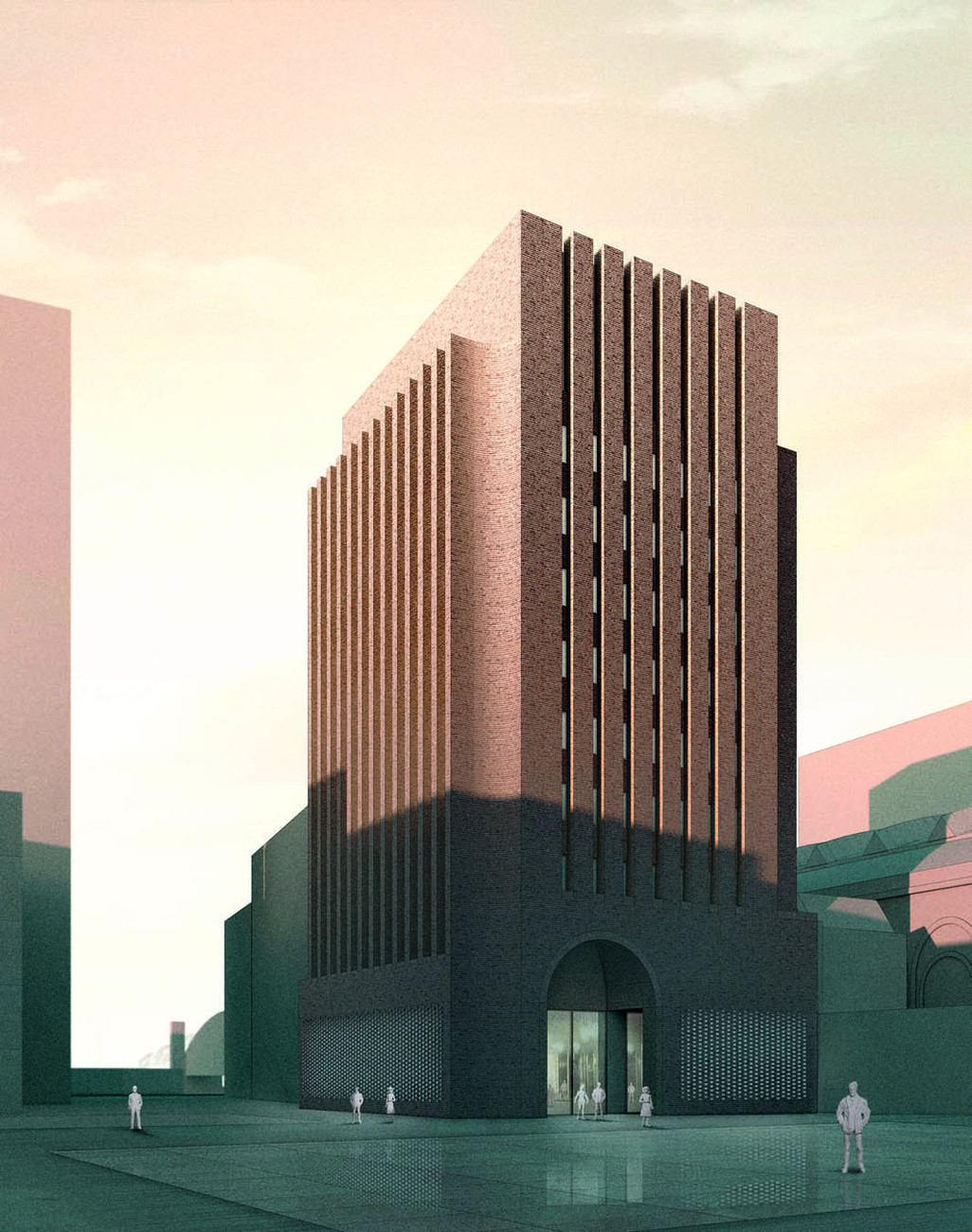 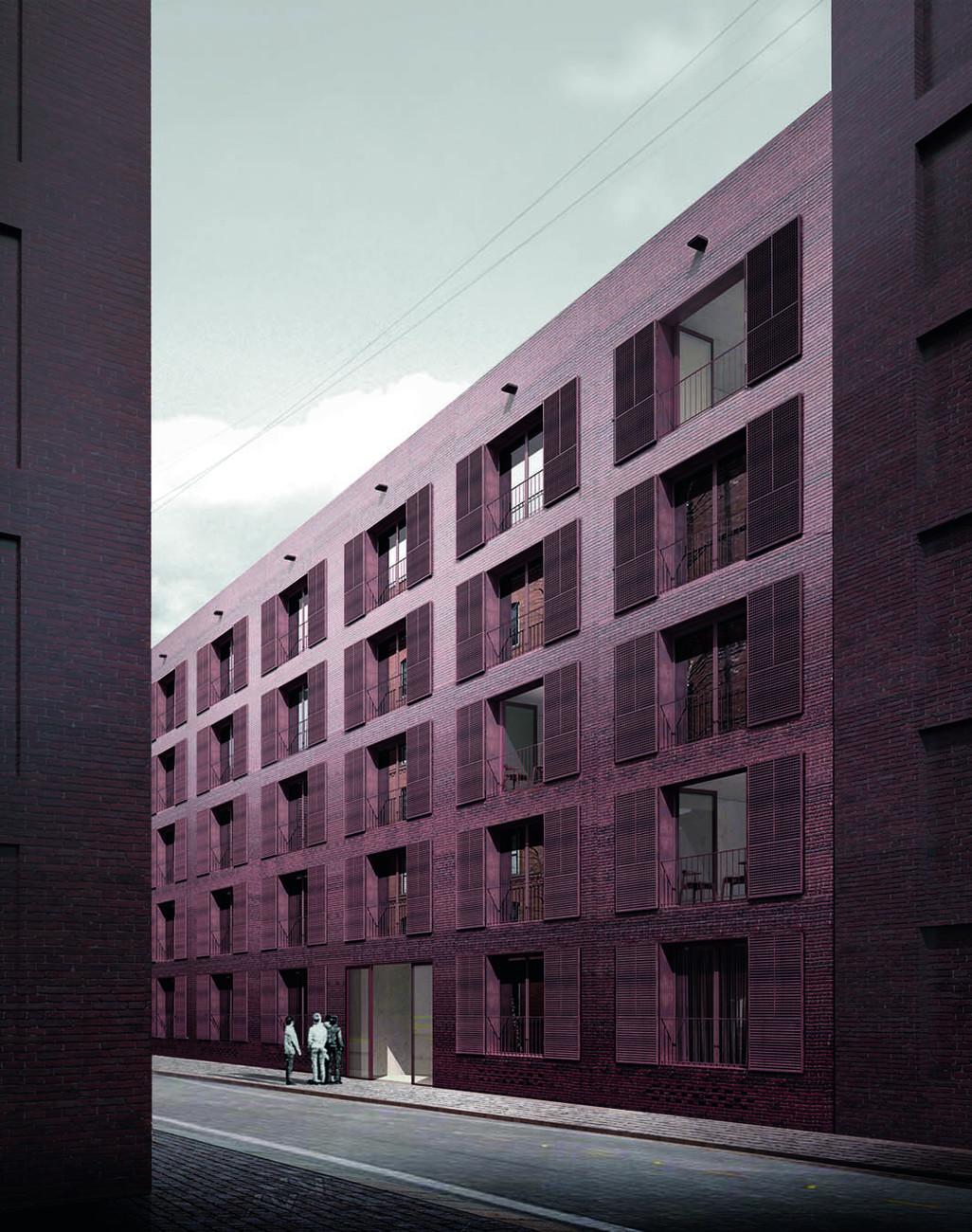 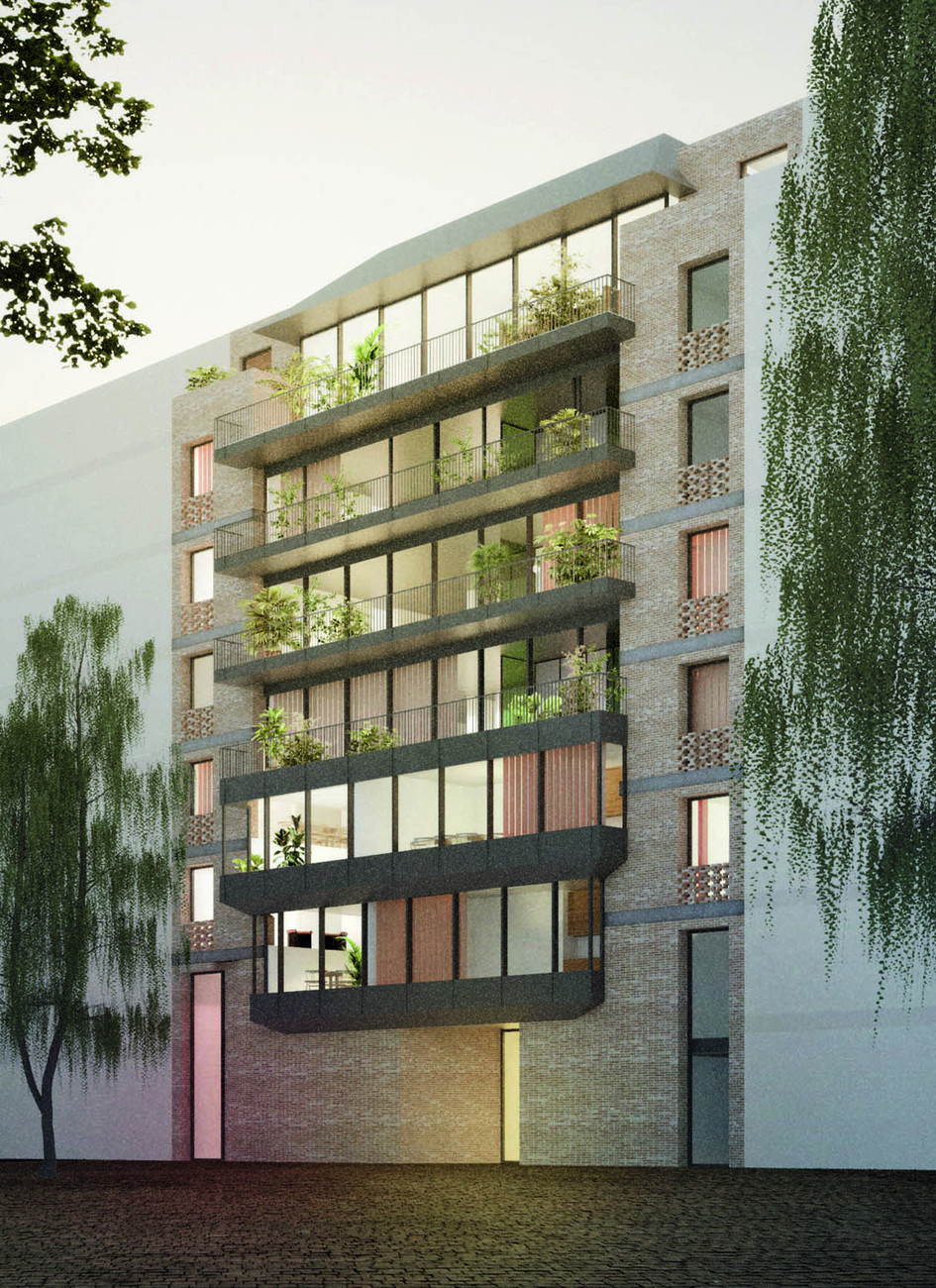 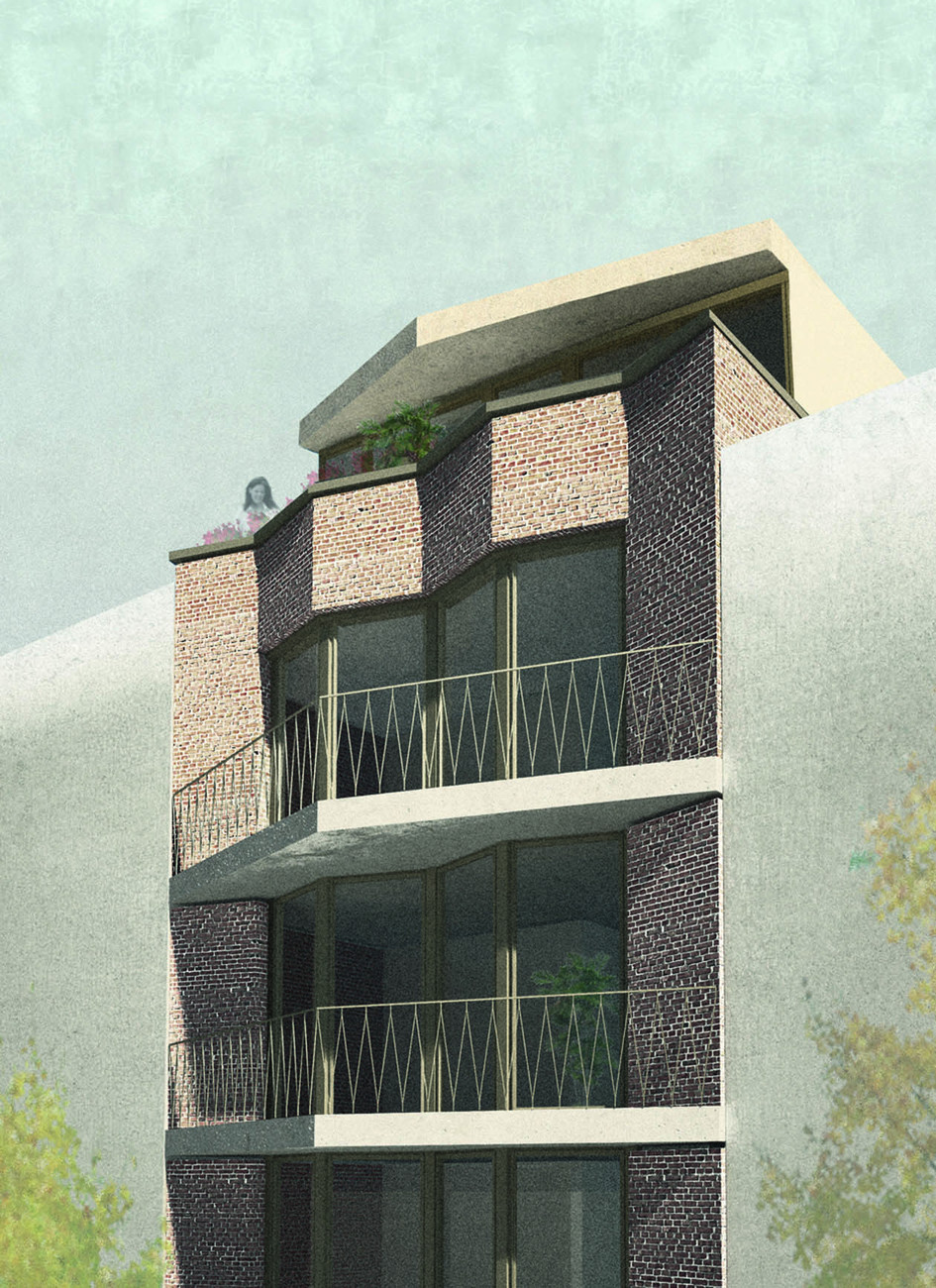