At this year's Design Parade festival in Hyères, two designs, no less, were awarded the "Grand Prix". The jury was won over by a kettle by the Frenchman Jean-Baptiste Fastrez, and by a luminaire by the Icelander Brynjar Sigurdarson. Once again it was demonstrated that industrial mass production and craftsmanship and tradition can act as mutual enrichment.

From injection moulding to craftsmanship

Many industrial products have a hard time. Take kettles: Sold in their millions, legions of the appliances line up in stores in a confusing phalanx. One kettle looks much like the next, none stands out from the usual standard plastic boasting scarcely varying shapes. The majority remain expressionless and anonymous.

Jean-Baptiste Fastrez has analyzed the situation and come up with an excellent solution. As an employee of the Bouroullec brothers he is familiar both with the benefits of industrial mass production and individual craftsmanship: "The ideal of an industrial object for everyone is often at variance with the production of more human, more enduring objects, which do not lose sight of the individual," he says by way of explaining the basic concept behind his idea for several amazing variations on the kettle.

In Fastrez' proposal the electrical base, handle and lid remain identical as technical tools, which ensure functionality. However, the water containers themselves resist the standard of mass production. In form, material and color they are liberated from the laws of industrial production and manufactured in different workshops. For instance, bulbous vases of shiny mouth-blown glass swell out from beneath a plastic lid definitely reconcilable with standard technology. A second version features a china body with extending hoops in which the kettle becomes a functional sculpture demonstrating its individuality as an artistic everyday object. Among the models presented a kettle whose container was produced using rapid prototyping also stands out: a tousled bird beneath glass and porcelain.

Fastrez' study delivers hybrid items that are a successful melding of art and technology, mass production and craftsmanship. The technical tools are simply added on – the vessels themselves are custom-made in small numbers, and all manner of traditions and techniques are conceivable. A formidable idea for the everyday, which makes the anonymous mass of increasingly similar industrial products pale by comparison.

A lamp as a tool

When Brynjar Sigurdarson talks about Iceland and his products in that deliberate style of his, a world of Nordic myths and archaic customs opens up. Sigurdarson also harks back to them at the ECAL University of Art and Design in Lausanne, where, having graduated in Reykjavík, he is studying Product Design. From his observations he develops product typologies very much anchored in the cultural context, which enrich our modern everyday life.

His "Tool Light" is one such product: At the end of a long stick of wood a thin sheet metal cone arches to form a light shade. Like spades and brushes, the battery-operated torch is one of that group of implements comprising a wooden stick and an additional tool. As a torch with a wooden bar it can also be put to totally new uses. "Just a lamp. Nothing more" was Li Edelkoort's comment on the design. Nothing more – and yet totally different, one might add.

Spontaneous ideas, which seize on the obvious and transpose it to a related context are the core of Brynjar Sigurdarson's concepts. Because his projects are linked so closely to cultural contexts they can be seen as artifacts. The fact that torches with a wooden stick, regardless of whether it is short or long, can become products that at one and the same time are associated with history and nonetheless novel, is consistent and yet surprising. One can only wish for more products of this nature, which are so rooted in everyday culture and yet allow it to appear from a different angle. 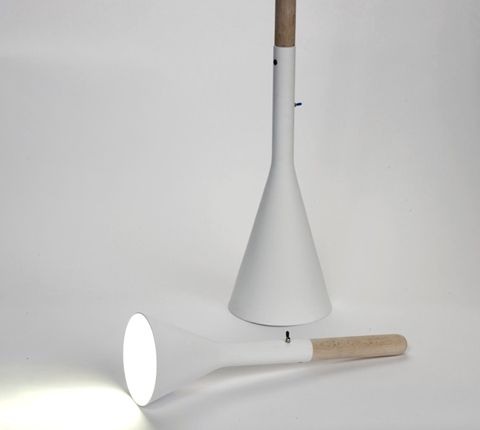 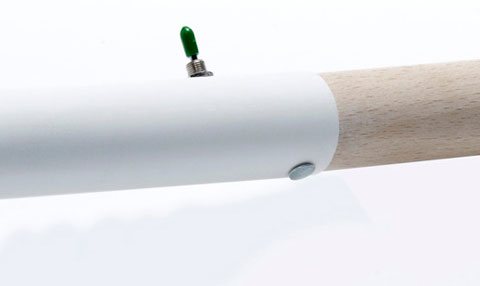 Switch of the „Tool Light“ by Brynjar Sigurdarson 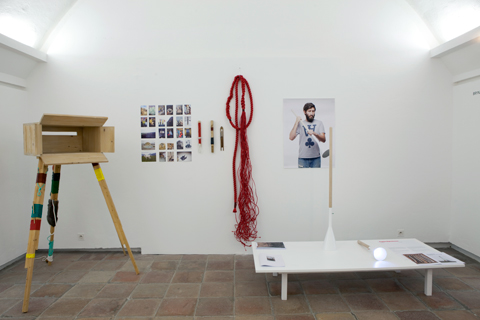 Installation by Brynjar Sigurdarson at the Design Parade 6 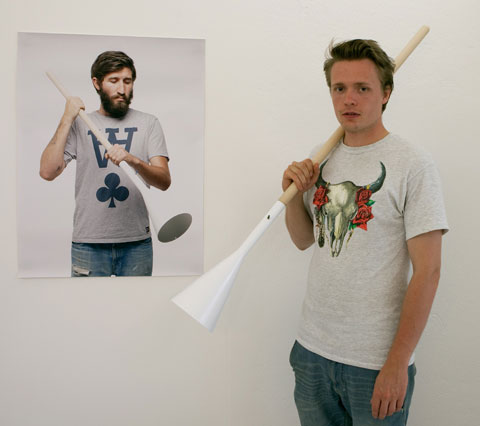 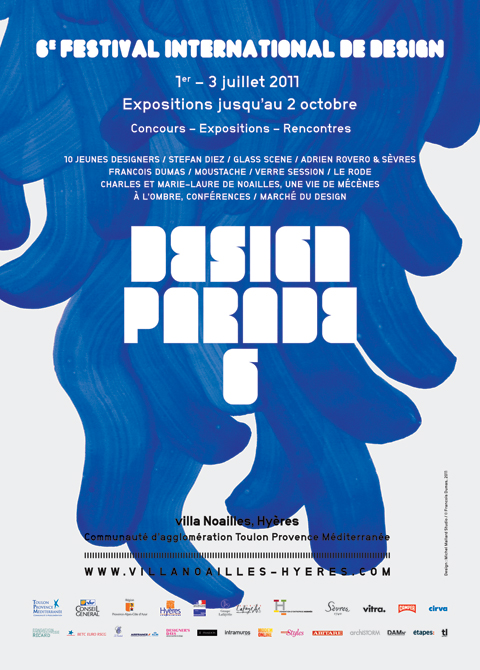 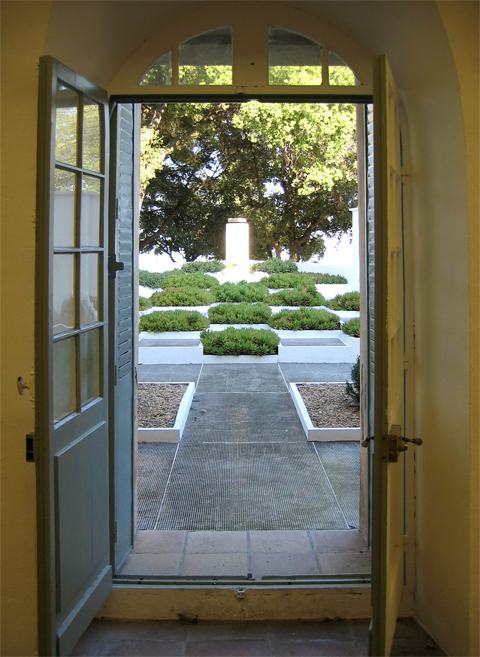 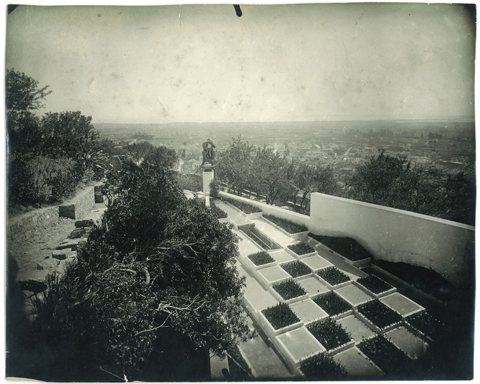 Garden at the Villa Noailles 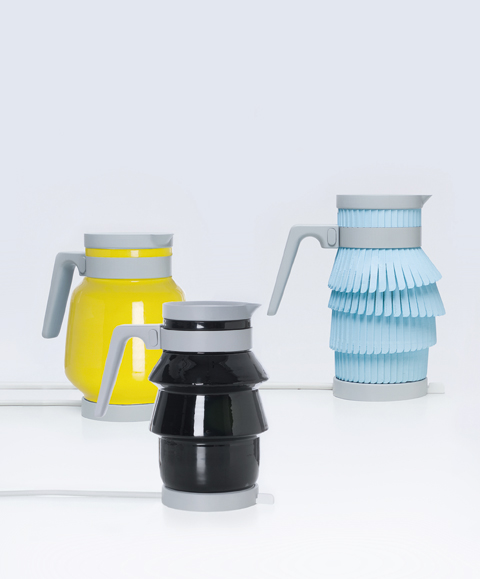 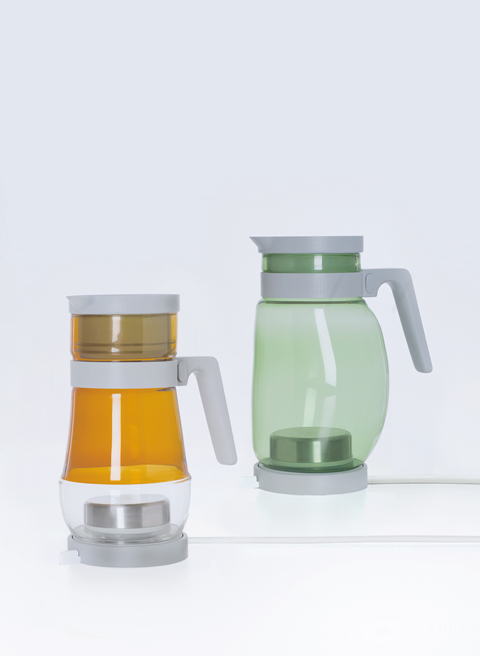 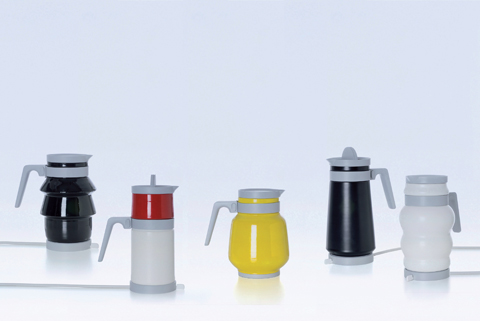 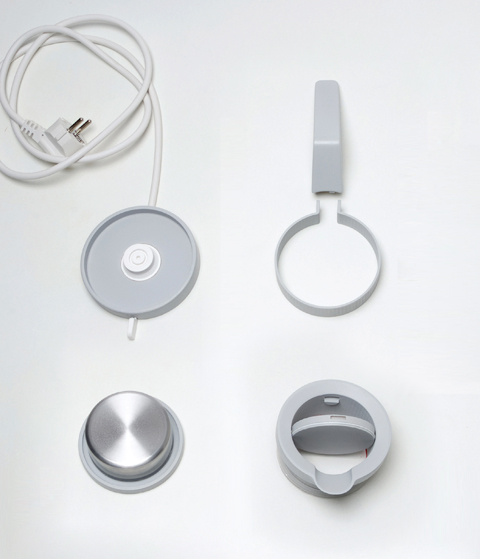 Technical parts of the kettle by Jean-Baptiste Fastrez 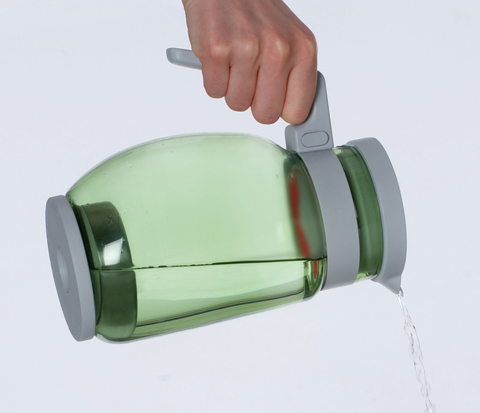 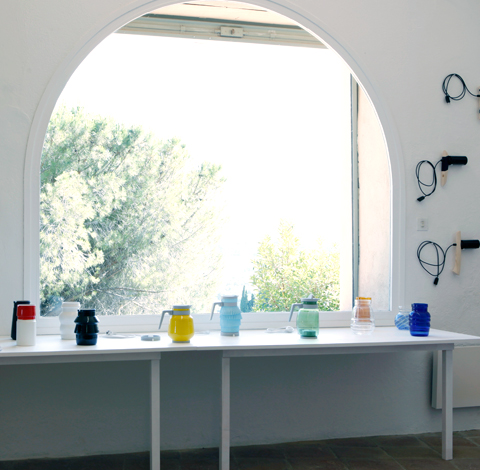 Installation by Jean-Baptiste Fastrez at the Design Parade 6 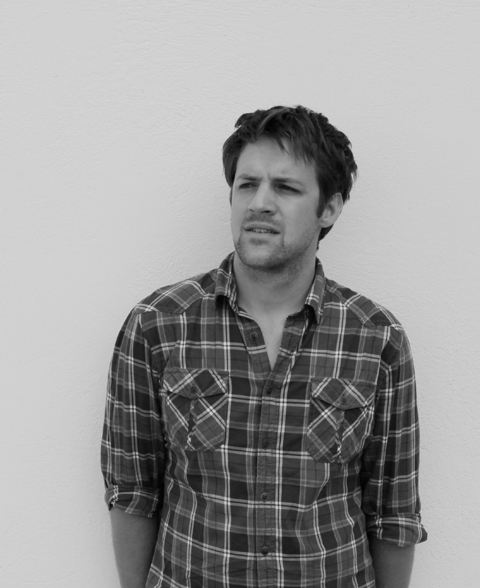