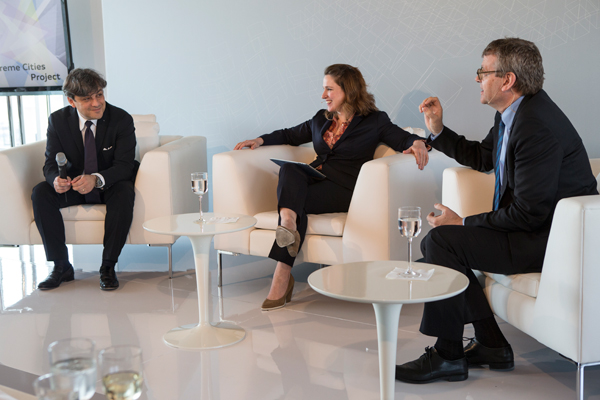 May 23, 2007 was the key date. That was when, on the basis of UN projections, for the first time half of the world’s population was living in cities. And there seems to be no stopping the trend. In 2030 the figure will be around 60 percent, in 2050 as much as 70 percent – and of course global population is increasing all the while. The rapid surge in world population poses many questions. Mobility is just one of them, albeit one of the most important.

Six years later, in May of this year, experts have met in New York to discuss future mobility. They include architects, urban planners, academics and experts from Audi, Columbia University, Höweler + Yoon Architekten and Stylepark. In the “Extreme Cities Project” the panel of experts assumes the “extreme situation”, namely that by 2050 three-fourths of global population will be living in a city, equating to around 6.3 billion in total. In such a case even more megacities will have been built, especially in Asia and Africa. A catalyst for further growth, but only provided functioning mobility is available. Time for a rethink.

The weather is fab, the hairstyles set, the running smooth. Together, representatives of private industry and academics are developing and discussing fast, non-bureaucratic solutions. Audi has been active in developing “mobility concepts for the future” for three years now in the context of the “Audi Urban Future Initiative”. In addition to the biennial “Audi Urban Future Awards” it is workshops such as these that serve to prepare the automobile manufacturer for the future. The aim is to consciously look beyond one’s own backyard, with questions such as these at the very top of the agenda: “How can we improve life in the cities of tomorrow?” “How will mobility change?”

However, advancing existing infrastructures and modes of transportation is not the only thing being discussed in New York; entirely new approaches are also being presented as to what form future mobility might take. Five hypotheses on man, mobility and city in 2050 form a framework for these deliberations, resulting from a cooperation between Audi and Columbia University New York and being publicly presented for the first time here.

“We have identified five main factors for cities, which we analyze and take to the limits,” explains Mark Wigley, Dean of the Columbia Graduate School of Architecture and panel head. “We regard these factors as the most essential principles of urban density, as catalysts that are generated by cities and evolve further.”

“Transgenerational Capacity”, “Asymmetric Mobility”, “Complexity”, “Migration” and “Generosity” are the names of the hypotheses (see below) with which Audi will continually align itself in the manner of a long-term radar, says Luca de Meo, Member of the Board of Management for Sales and Marketing at Audi AG. The hypotheses are intended to spur on future product and service developments at Audi, and the collaboration between the auto manufacturer and Columbia University, continues de Meo, is a path to sustainable mobility.

Under the heading “City Dossier Boston” the group is also set to continue work on concepts for the Boston-Washington metropolitan region, or Boswash, selected by Stylepark (as curator) in 2011 as one of the global test labs for the “Audi Urban Future Award 2012”. The conurbation has been on urban planners’ drawing boards for some time now, owing to its rampant network of suburbs, outskirts and densely populated inner-city areas together with a complicated and inefficient infrastructure of streets and public transport. Architects Höweler + Yoon, winners of the “Audi Urban Future Award 2012”, are part of the “City Dossier Boston” project. Their idea of a “Shareway”, a multi-modal mobility platform defined by access to mobility and that builds on existing structures, will also be discussed and rounded out during the talks in New York. For the “City Dossier Boston” Höweler + Yoon have analyzed Boston’s existing infrastructure and identified weak points in terms of connections. Here the team of architects focused on the needs of commuters, to be more precise on “Switch” (how and where transitions from one mode to transport to another can be made smoother and more comfortable) and “Share” (how and where synergies on the basis of existing infrastructure can be developed and exploited).

“Switching and sharing have emerged as key strategies for urban mobility in the Boswash region,” confirm Meejin Yoon and Eric Höweler. And switching is becoming increasingly important, they note, as no single mobility system is able to satisfy all our needs. This is how the two imagine their “Switch & Share” model: from private car to bicycle sharing, from car sharing to public transport.

Alexandros Washburn, Director of Urban Design at the New York City Department of Planning, emphasizes how important it is to take the initiative where designing life, the environment and thus mobility are concerned: “Don’t ask what the city can do for you, ask what can you do for the city? And how can the city benefit from mobility?” Rethink and realize, that is the motto of the discussions in New York.

Five hypotheses for “extreme cities” in 2050:

1. Transgenerational Capacity. Retirement is abolished, the elderly remain active and mobile. As people around the world are getting ever older, the experts believe cross-generational synergies will emerge which override the model of “education – work – retirement”. Elderly people will assume new tasks and continue to take part in a city’s social life. An environment geared to senior citizens with age-appropriate mobility and services will satisfy the needs of tomorrow’s “best agers”.

2. Asymmetric Mobility. A city’s traffic flows are increasingly asymmetrical – and as such unpredictable. People will use diverse forms of transportation, between which they can flexibly move. The cost of transportation will drastically fall thanks to technical advancement in the form of new information technologies. Overall this will make urban mobility more complex, diverse and flexible.

3. Complexity. Cities offer a colorful mix of options and resources. This is where people from all different social and ethnic groups and with different ideas come together, driving growth by means of multiple, overlapping local systems and common infrastructures and technologies. Such complex systems are of course also particularly vulnerable to disruptions such as natural disasters or war, as they build upon one another. If an “Extreme City” makes intelligent and efficient use of these complex resources, the experts believe new resources can emerge.

4. Migration. From the wandering caveman to the urban nomad. Migration flows will increase worldwide, making cities more permeable and more dynamic. Relocating will become the norm and the distinction between “home” and “out” will increasingly blur. “Extreme Cities” with new infrastructure and mobility concepts will foster this migration between and within cities.

5. Generosity. Giving makes you stronger. Cities have always been places of generosity, of coexistence, of communication, where people share things, where they pass on knowledge. Giving and taking drives a city forward. And the best thing about it is that this potential is human and as such can never be exhausted. “Extreme Cities” promote cultural and social exchange and it is precisely this that makes them stronger. 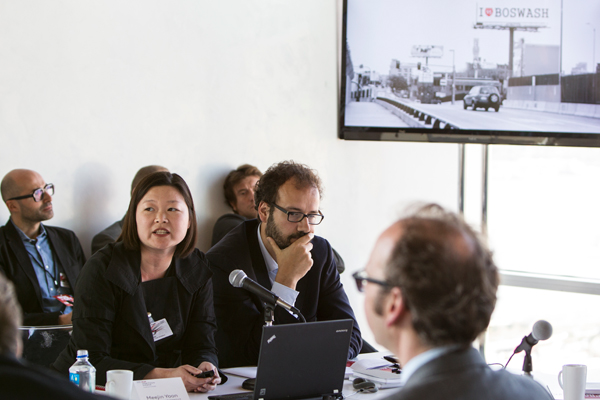 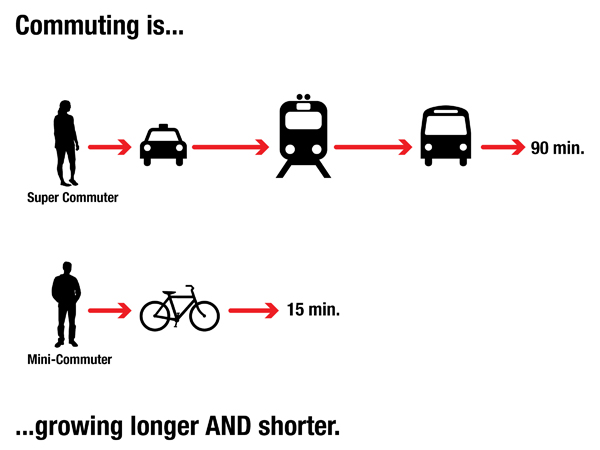 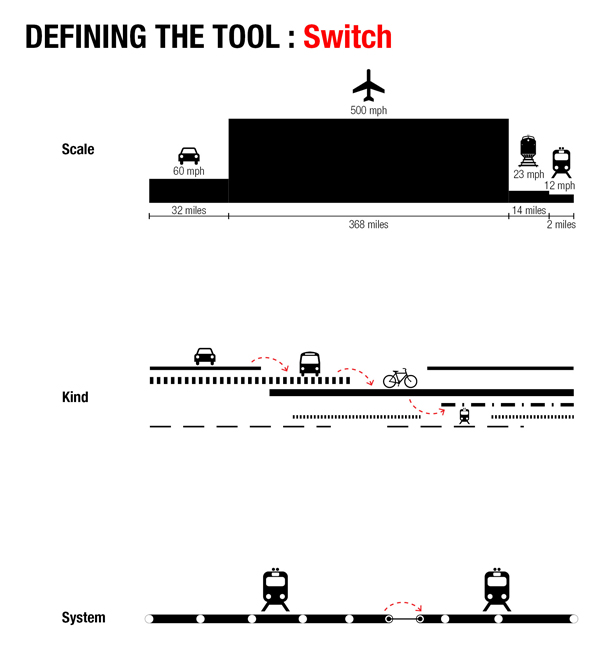 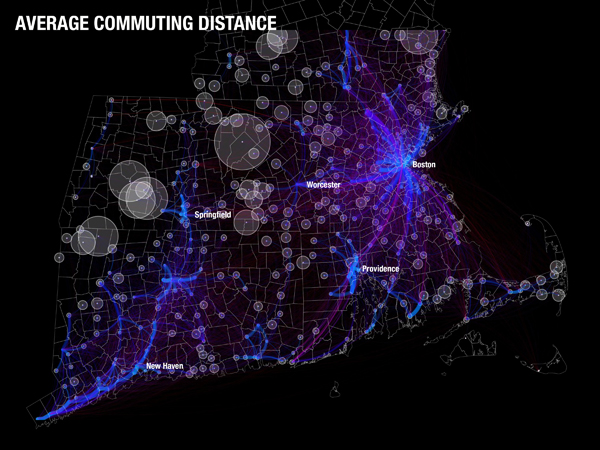 The Boswash region is characterized by a high level of mobility, both public and private, to optimize commuting the experts talk about the Last Mile phenomena. Photo: Höweler + Yoon Architecture © Audi Urban Future Initiative 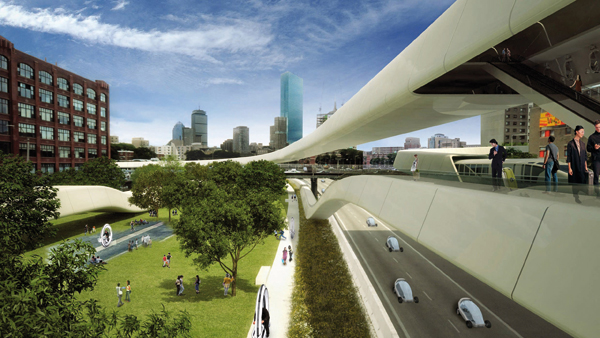 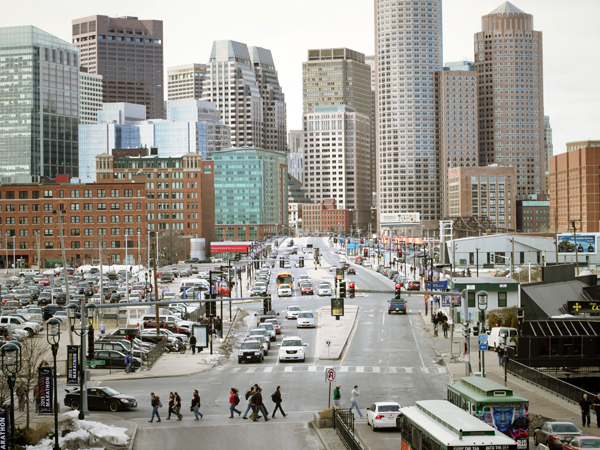 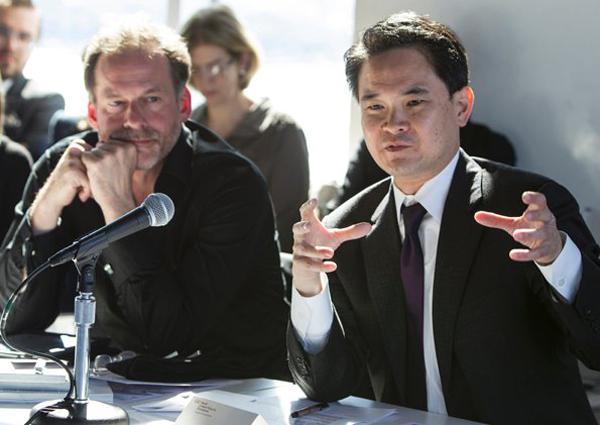