top
What counts is that it functions
by Thomas Edelmann | Oct 8, 2009 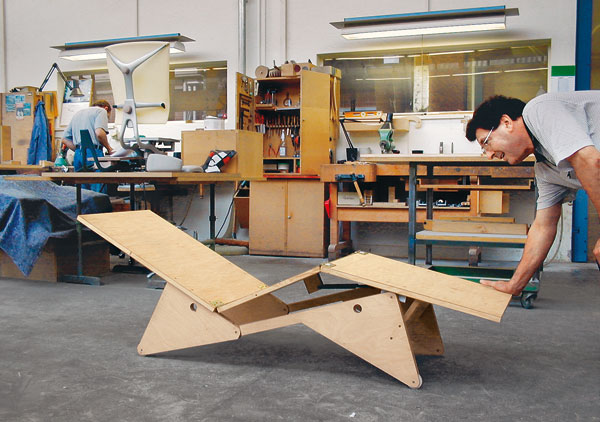 Egon Bräuning with the prototype of the "MVS chaise" by Maarten van Severen; © www.vitra.com

A picture of a workshop: In the foreground a prototype for a Maarten Van Severen recliner, and at the right edge a man who is bending forward and with one hand activating the lever that adjusts the recliner's settings. You might be forgiven thinking that we have long since known everything there is to know about Vitra: The fundamental ideas of its CEO Rolf Fehlbaum are outlined in his essays and interviews and have been published on various occasions. The company's close cooperation with architects and designs, the decisive underlying concepts, such as the principles of collage or of Net 'n' Nest (combining networking and nesting to enhance productivity and well-being in the office) are long since being discussed in the public domain and not just a matter for insiders. So who then is the man who seems almost by mistake to have walked into the photo on the right-hand edge?

The man is Egon Bräuning. He is a toolmaker and trained mechanical engineer. He was recruited by Vitra in 1963 to take charge of the production of tools for plastics. Bräuning, who grew up in Mühlacker near Pforzheim, says his initial intention having just completed his studies was to spend one or two years on the job. But then he met his later wife, and put down roots. And spent decades, namely from 1971 to early 2009 in charge of Vitra's product development section. And his passion for toolmaking opened up quite unexpected prospects for the company. "Actually, I always wanted the maximum. Taking the materials' uses to the limits. Always that little bit more than was customary." Thus, we read in the "Project Vitra" book, and it is there you will find the picture of the recliner and Bräuning, that "he is not only an authority in his field, but the most important co-author of almost all the products that Vitra puts on the market". He is not troubled by the fact that the public has to date taken little note of his person and his work. Bräuning retired in February, and now works on an advisory basis for Vitra. "Technology always takes the back seat," he declares with a voice that reveals his roots in Southwest Germany, "that's normal. It is more a matter of providing assistance, making sure something functions. It's important never to compete with the other person, but to support him." That other person is the designer, who is placed at the heart of product development efforts at Vitra, but neither stands there alone nor does the designer get left to his own devices.

In the beginning is the functioning model

Not drawings or models built by designers form the starting point of most Vitra products - but a functioning technical model built by Egon Bräuning. In the beginning is the concept, functions are defined, and only then can the search for the right designer commence. "It's like building a house: I can employ the very best of architects. But if I myself do not know what I want, he will not be able to build what I consider my ideal house. And things are exactly the same when it comes to design," he quips. Bräuning is anything but a marginal figure, in other words. And this is quite especially manifest in the case of the office chairs that can move across various dimensions. The new Antonio Citterio "AC 4" office chair is one of the latest products he has supported from the word go.

"The key innovation as regards the AC 4 is the backrest," Bräuning comments. In the beginning many questions are unanswered: Is such a complex structure sufficiently stable? And again the technology functions out of sight. The lean visual appearance and reduced shape integrate three different functions. Above the lumbar support zone, the sink-in zone for the upper back starts and above it the zone providing support for the shoulders. The secret lies in the fine-tuning. For example, for the lumbar support: "An engineer testing before issuing it with due certification would expect to really feel the chair's pressure. But then the client would say that the chair was squeezing him," Bräuning explains. The task of the product developer is therefore to do justice to both aspects. What is called for is not a poor compromise, but precisely harmonized balance. And that also applies to the right relationship of dynamism and rigidity. "The real art is to make certain the two go hand in hand at the end of the day." Bräuning has a keenly analytical eye: "If I watch someone sitting on a chair and moving, be that movement natural or because something is squeezing or pinching somehow, I will inevitably learn more about the chair than if I sat on it myself."

Developing a dynamic sense of sitting

Down through the years, in product development the working methods and techniques have changed fundamentally. When in 1976 the company brought out the "Vitramat" office chair, it was Bräuning who devised the synchronizing mechanism. It was an invention that radically changed the office furniture sector. Because the seat and backrest were now linked and did not need to be altered and readjusted with much effort by hand. The result: An era with a new dynamic sense of sitting. And yet it was important to both Vitra and Rolf Fehlbaum not simply to sit back on the laurels they had earned with "Vitramat". "Because then Vitra would have simply become an office furniture company like so many others," Bräuning says looking back. Instead Fehlbaum approached two designers, Mario Bellini and Antonio Citterio, and started working with them to develop new products. "If you look at lines such as Bellini's ‘Metropol' or Citterio's ‘Ad Hoc', you soon notice that they are based on quite juxtaposed concepts. The key step back then was to stake out as broad a terrain as possible."
The circumstances under which the products were developed back then seem pretty outlandish in retrospect: "We were not able to build a prototype that would have withstood real pressure. There was just one, and you had to sit down on it very cautiously in order to feel the movements it enabled. Back then, that was all that was possible. Quite a risk. No one knew what the outcome might be," Bräuning recalls. "If all you do is to try and play it safe, then you don't progress. We all benefit so much from having Rolf Fehlbaum on board."

The way the entrepreneur, the engineer and the designer played to each other's strengths, and it is a process that at times went on for years, if something Rolf Fehlbaum has repeatedly described: "What moves things forward is the empirical knowledge that the design process is always tortuous. It is a complex, arduous process of optimization. And it is the many restrictions that actually make the work interest." It is a process where there are no routines and which repeatedly has to start from the very beginning again. What is astonishing, however, is that "once you've reached your goal," or so Fehlbaum insists, "you can be very sure that the design constitutes progress, and you then ask yourself why the process then took so long." It is thus not surprising that Bräuning today comments that "I prefer to work with people who are good in discussions. And I certainly prefer a sketch to a finished drawing." He sits down with designers and the results are highly intense workshops. "Anyone who today does most of the detailed work at a computer is not as free as I was able to be." That is not to say that Bräuning does not appreciate the fact that ideas can be played through on-screen or the flow of materials during injection molding simulated before the expensive tools are ordered. A newly developed model had to offer new facts and new functions, he declares. With reference to the new AC 4 office chair, Bräuning actually registered three patents on Vitra's behalf - the basic mechanism, the backrest sub-divided as it is into zones, and the armrests, which move precisely in a highly compact cast section and whose unobtrusive technology catches the eye almost by accident.

Taking it to the limits

Does Bräuning share the utopia of architect and designer Marcel Breuer, who back in 1925 said "in the end people will sit on elastics columns of air"? Probably not, as if we follow Bräuning, we can expect not to see revolutionary changes and instead detailed improvements that are the result of much effort. "What is decisive," he comments, "is that materials are used right and we thus take things to the limits. That will be interesting in the immediate future."

Egon Bräuning with the prototype of the "MVS chaise" by Maarten van Severen; © www.vitra.com 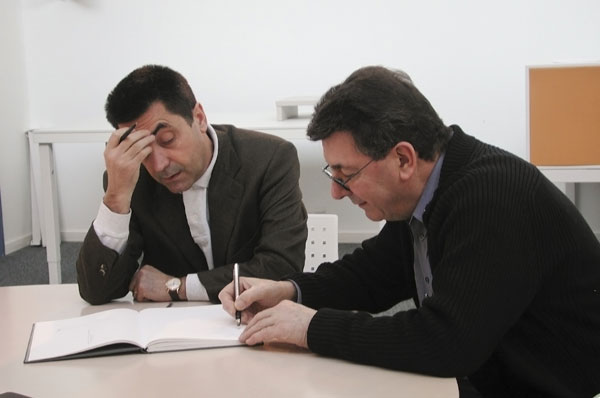 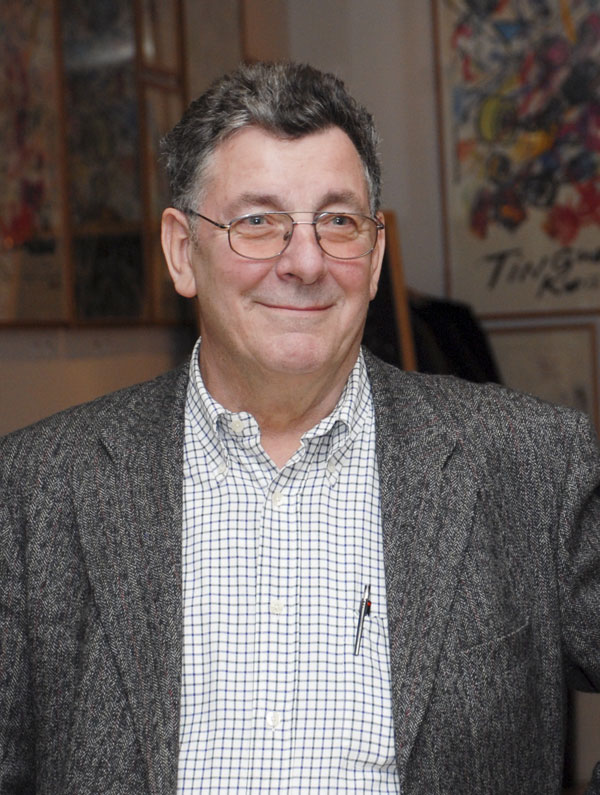