Most visitors to China tend to be confused when they first observe the traffic there or move in it themselves. At first sight there are hardly any rules, and seemingly there is a confused and simultaneous movement of vehicles and pedestrians. Visitors note what by European standards would be a blatant disregard for pedestrians and their confusion is possibly further increased by the fact that somehow the traffic system seems to function. In the interests of life and limb it is crucial to know and always keep in mind one basic rule: Wheels have priority over feet! It is completely irrelevant whether the wheel in question belongs to one of the numerous buses or a moped.

And it is also totally irrelevant where they are. Not even pedestrian crossings are safe zones for pedestrians; they merely mark official crossing points. Only the municipal buses are required to stop for pedestrians on zebra crossings or more precisely: to give them right of way. But it is precisely this rule that makes pedestrian crossings so dangerous for pedestrians and causes the one or other collision. Just because the bus stops, it by no means follows that all the other vehicles will do the same. And this produces dicey encounters when out of the blue bicycles and mopeds dart out of nowhere from narrow roads between the bus and pavement.

On the subject of mopeds. All mopeds and scooters (and there are an incredible number of them in China) are electrically powered, which is why especially outside public buildings you see long rows of charging plugs on the moped parking spaces. Huge numbers of two-wheelers stand in orderly rows and are charged during office hours. Given their immense number you are grateful that they run on electricity. But this exemplary ecological measure does have a minor drawback. At night, the mopeds, just like the bicycles and fairly often the autos too – are not lit. And if you chance to walk through narrow alleyways or cross the street late at night there are no acoustic signals to make you heed an approaching vehicle. The hooter, if indeed there is one, sounds like a door buzzer.

Visitors from the Western world favor taxis in the city. Cab drivers tend to flit around at a fair speed. They sit enclosed in a protective, transparent plastic compartment through whose cracks you reach the driver their money on reaching your destination. Some of them have one or several red stars on their prominently placed identity card – for friendliness, helpfulness and safety. For the protection of passengers only the right-hand doors facing the pavement can be opened. The taxi is a very practical and inexpensive mode of city travel. If you are not sure you can correctly articulate your destination, say the name of a street, you should seek assistance in one of the business cards always to be found in stores or restaurants. Chinese people have a hard time reading anything as abstract as a town map.

The bicycle remains an indispensible form of transport in China, and as such is frequently encountered. However, thanks to the meteoric speed of change in China, while most Chinese still rely on bicycles a flash-forward is taking place into the later life of industrialization. Take what happened in Hangzhou: they adopted the model by J.C. Decaux, which was successfully launched just a few years previously and evidently successfully in Paris and virtually overnight installed around 2,000 rental bike stations in the downtown area. The system is based on as close a network of rental stations as possible. Docking bollards, booking and payment system are identical to the French original. Meanwhile the bicycles are manufactured in China; they have a smaller frame and no gears. Presumably the whole thing is a rewarding license business that benefits everyone. Certainly, the large numbers of Chinese tourists that descend on the city at weekends make excessive use of the bikes.

Ever greater importance – especially in regional and long-distance transport – is being accorded the train. In cities underground trains will complement buses as a fast and safe means of transport. High-speed rail links now exist between the large cities. At the end of last year the tracks between Shanghai and Peking were completed. Providing there are no delays the train journey takes four and a half hours – roughly the same as the actual flight would. Naturally, hosting the World Expo in Shanghai provided a huge impetus. 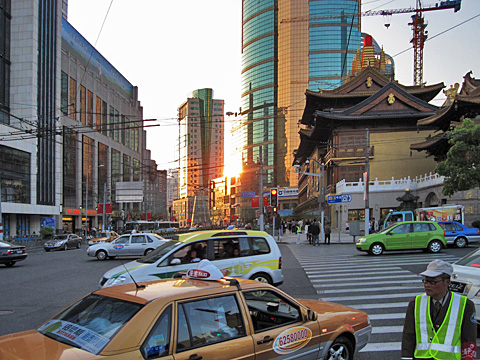 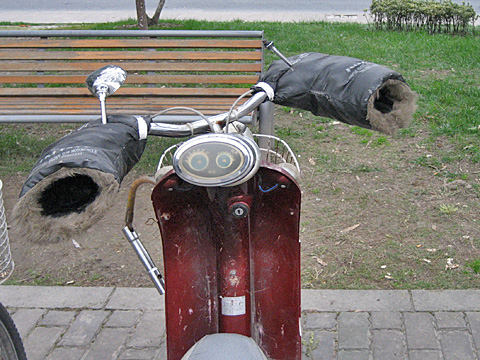 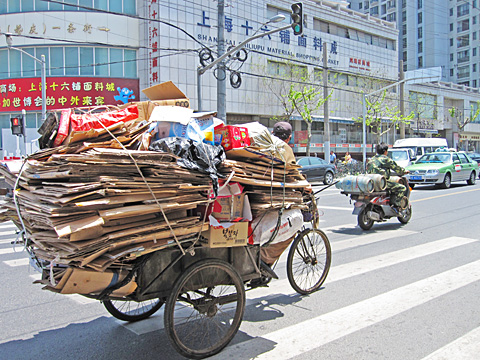 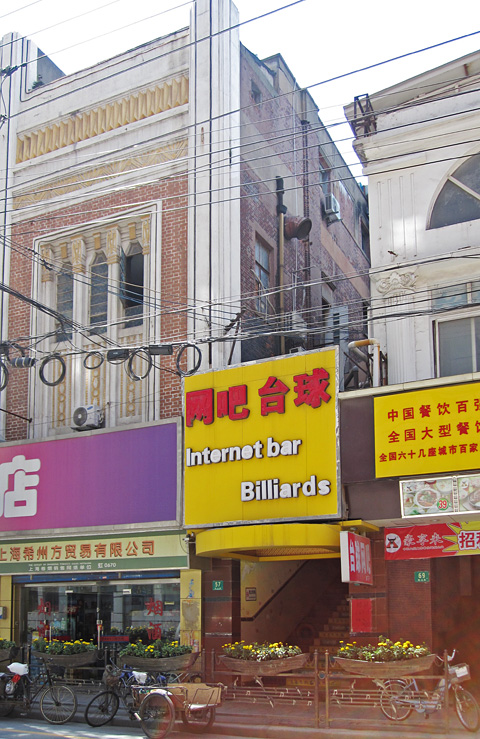 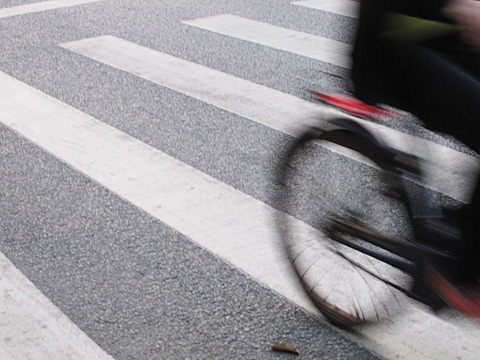 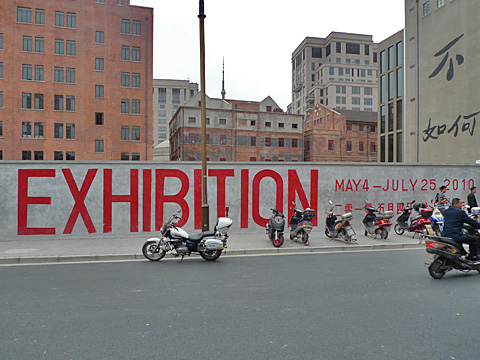 Bikes in front of the Rockbund Art Museum in Shanghai 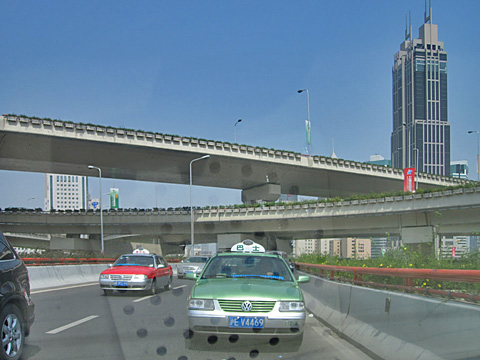 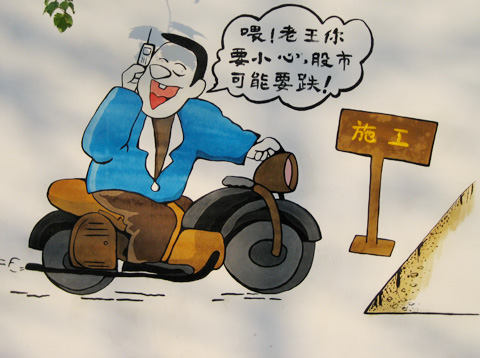 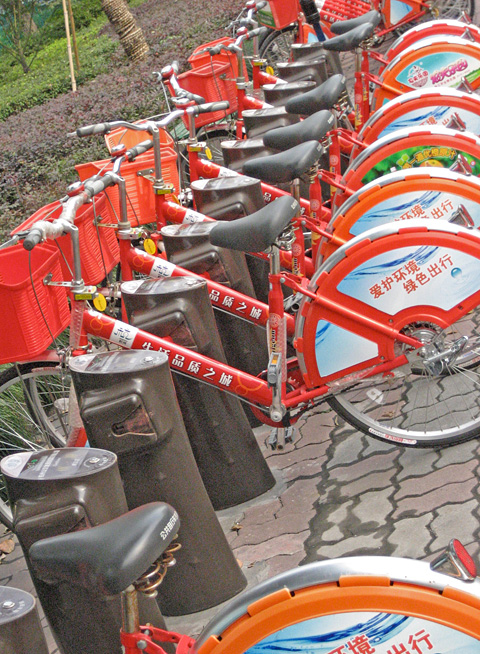 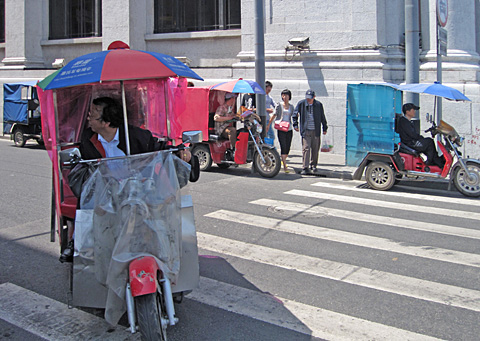 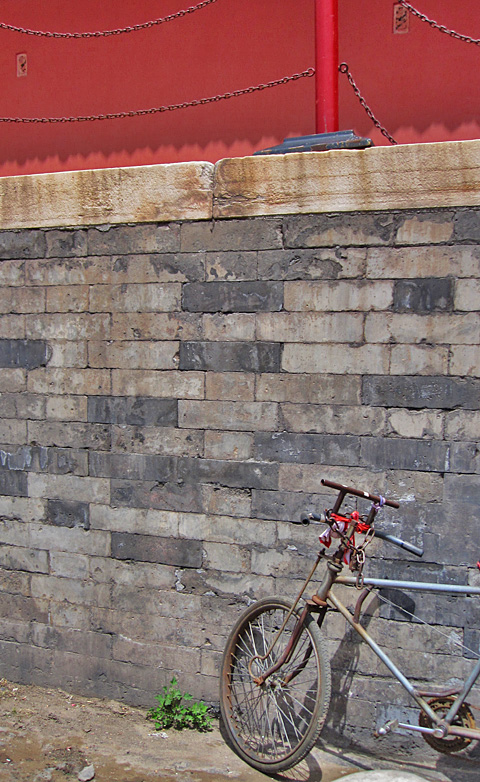 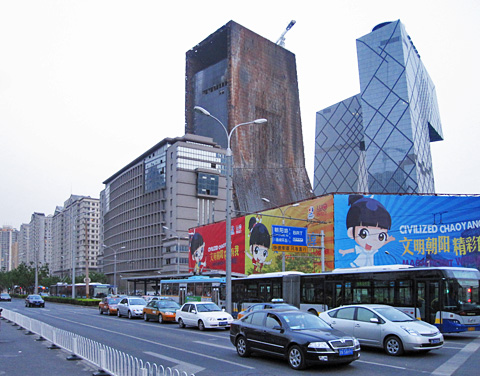 Road traffic in Beijing, in the background the CCTV-Tower 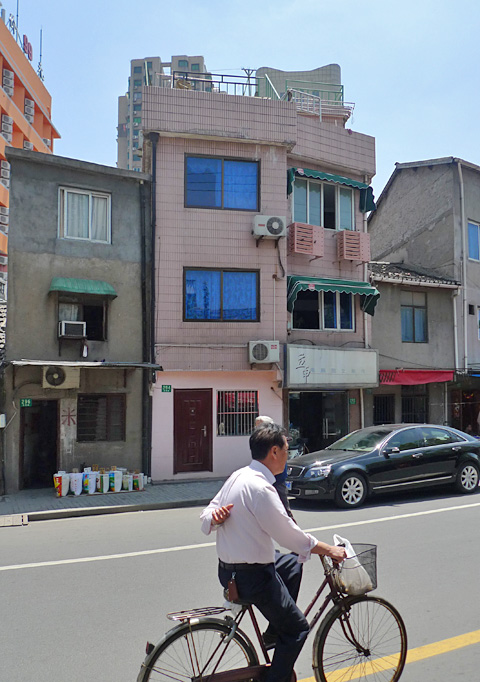 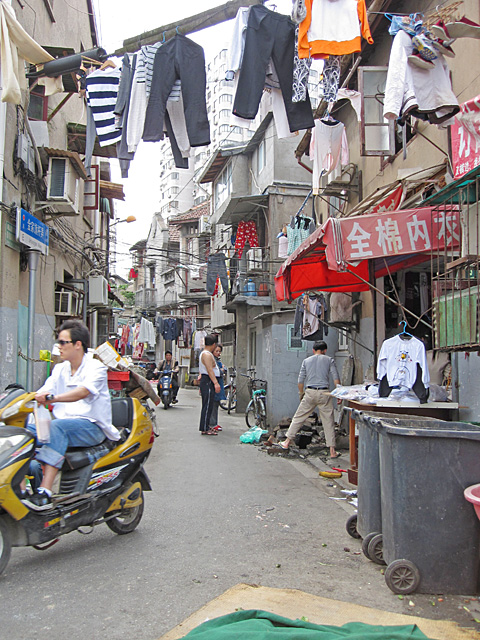 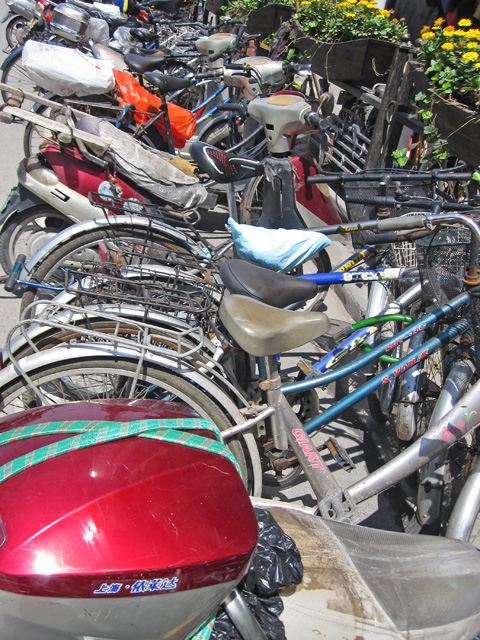 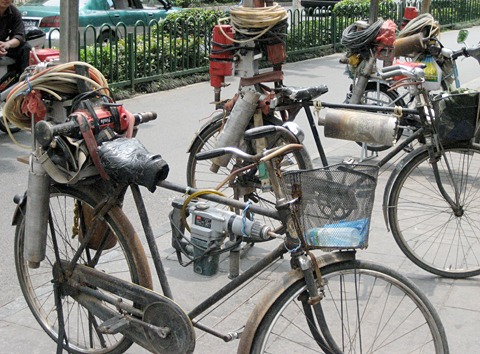 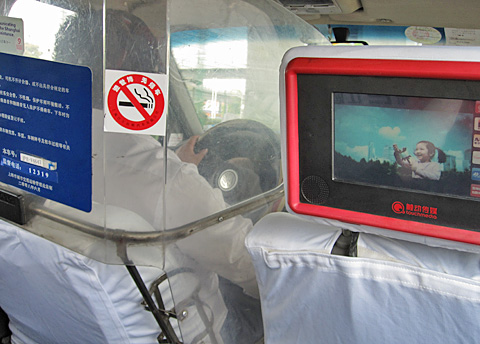 plastic cabin in the taxi 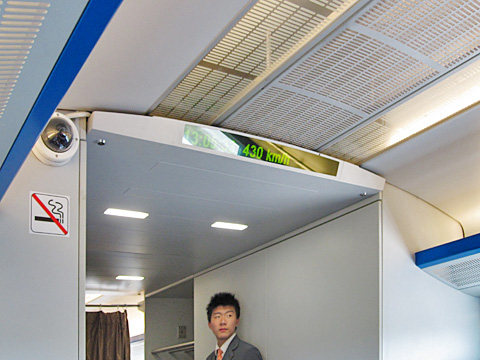 In the high-speed train between airport and Shanghai 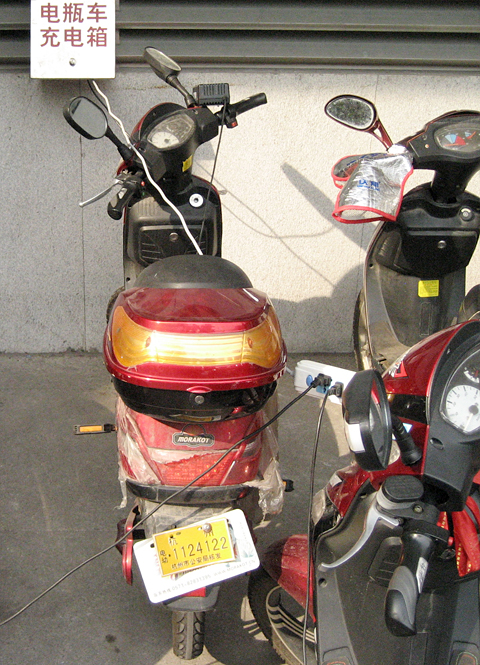 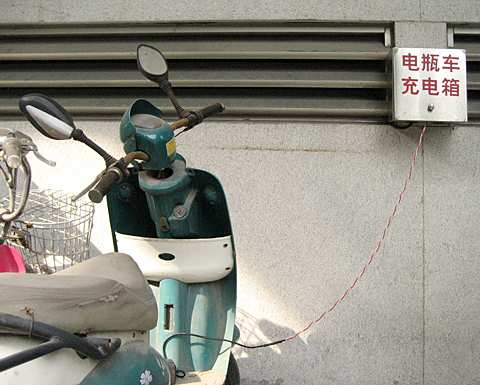