You define your tour of the exhibition by mouse click: The exhibition objects are hidden behind the thin colored strips that transform the entry page into a colorful keyboard. Each user can decide the individual stages through the virtual universe as he or she wishes, assembling a personal selection of exhibits. Choices include air bubble film and the can, the zip fastener, lipstick, and many other everyday objects that have been tried and tested a billion times and are used worldwide.

The online tour, during which you will discover the history and thus the stories behind these objects, starts with sounds: The flame hisses when you strike the match, the kettle whistles before water is poured over the tea-bag and the dull pop of a bottle being opened accompanies the corkscrew.

The exhibition is entitled "Hidden Heroes. The Genius of Everyday Things" and alongside the masterful presentation in the Buckminster Fuller Dome on the Vitra Campus in Weil am Rhein, the simple everyday heroes to which the show is devoted are also to be discovered on www.hidden-heroes.net. Hamburg-based agency Grimm Gallun Holtappels developed the portal and makes full use of three-dimensional space and all the possibilities the Internet offers when it comes to the playful presentation of films, sounds, historical documents and examples of contemporary applications. The collection is rounded out by contributions from users, who can comment on the stories of the total of 41 everyday heroes, transforming the portal into a lively, growing platform. The successful, flash-generated online arrangement comprises a colorful kaleidoscope of information and on balance more material than you get to see on the ground in Weil; it is a virtual exhibition to supplement the physical show, and would constitute a sensational i-Pad App - and even if you don't have a smart-phone is well worth a visit in the customary Internet.

Among the numerous everyday helpers Jochen Eisenbrand has assembled for the exhibition are the paper clip and the carabiner hook, adhesive tape and the barcode. The curator set clear criteria for the selection: The idea had to be simple and readily comprehensible, the things had to have been made in their billions, to be self-explanatory, to shape our everyday lives, and to have remained unchanged since their invention. Many of the "heroes" on show are know the world over simply for their utility, and some of them have been tried and tested a billion times for a good century or so. It seems all too obvious that they have set new standards in a wide variety of different fields, such as the snap fastener in fashion, the shipping container in the export trade, or the paper clip and ring binder in archiving, yet they have made design history in the process, and the exhibition explores the roots and offers anecdotes along the way. Among the many exhibits there are historical patents and drawings, industrial films and advertising posters, as well as illustrations of some products of contemporary designers and artists who have been inspired by the one or other hidden hero.

Dieter Thiel's exhibition design in the Buckminster Fuller Dome places each hero in a fitting wooden box, colored on the inside, staging the respective hero's stories as if in a vitrine. Thus, the row of heroes in the Buckminster Fuller Dome has many a truly surprising scenario to offer. For example, that of US engineer Jules Poupitch who around 1960 developed a practical multipack carrier for cans that is today produced in a related form by Hi-Cone for bottles and is on sale worldwide. Or Swiss entrepreneur Albert-Pierre Raymond, who in 1886 obtained a patent for the first mass-produced snap fastener and had far less success with it than Hans Prym, who in 1903 invented the first S-spring snap fastener and whose company is still owned by his family and produces about fifteen million snap fasteners a day. The history behind the inventions, the technological developments such as the first paper clip made of plastic, and the impact the individual objects have on everyday life together make for a lively story, whose chapters you can leaf through at the exhibition and which still leaves plenty of space for future discoveries.

"Design is invisible" Lucius Burckhardt once quipped about thirty years ago. And "Super Normal" was the principle espoused by Jasper Morrison and Naoto Fukasawa a few years ago, to much ado. With the "Essence of Things" and "Hidden Heroes", Vitra Design Museum is focusing on the simple things in life, the things tried and tested everywhere, the things that are anything but the strident gestures of design. Both exhibitions run through September 19 in Weil - and clicking your way by mouse through "Hidden Heroes" is an instructive bundle of fun, too. 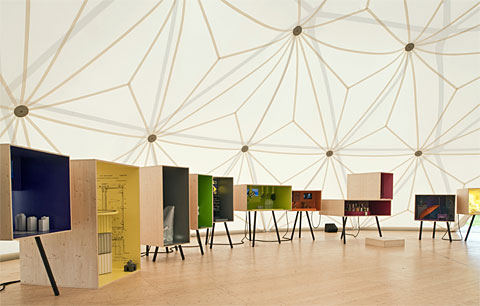 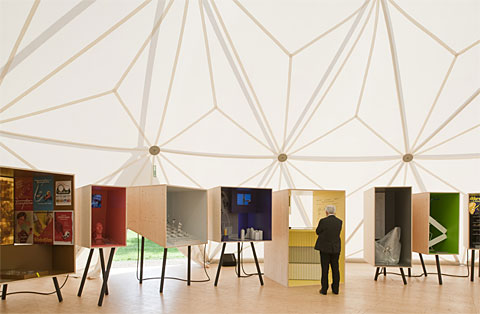 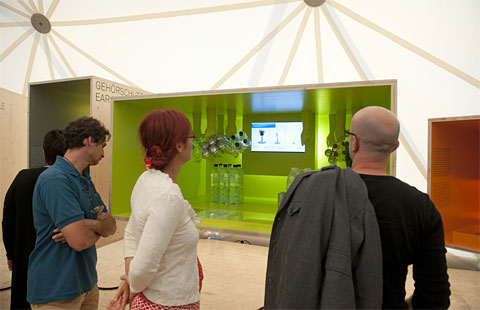 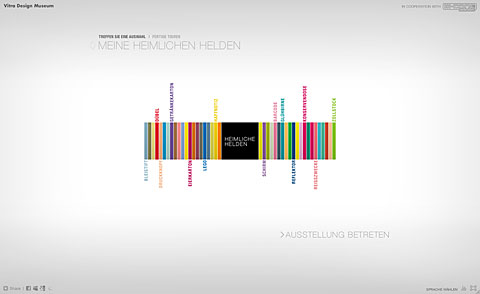 online platform of the exhibition Hidden Heroes with additional materials 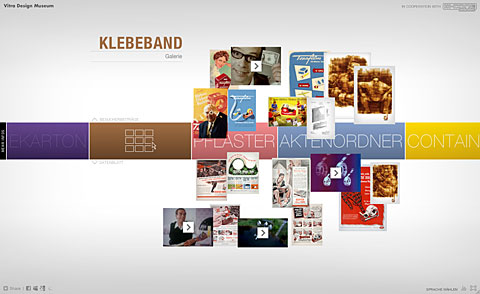 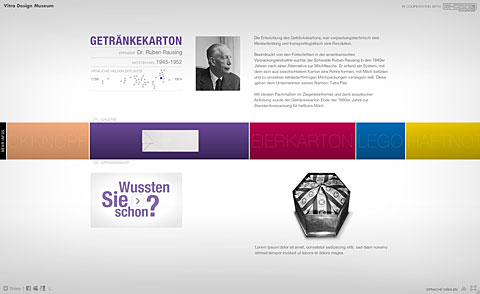 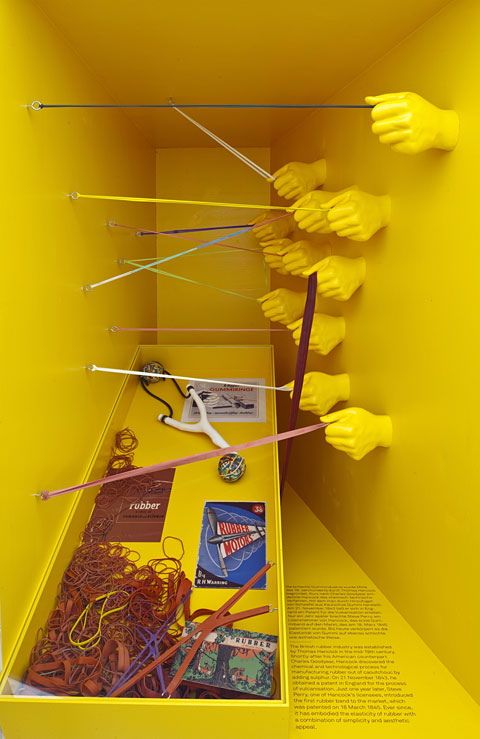 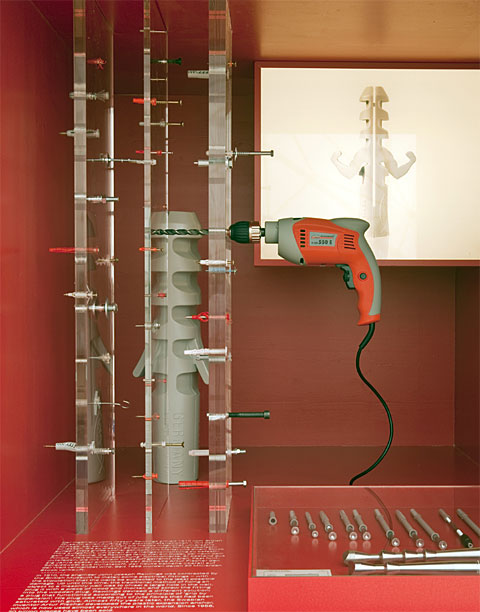 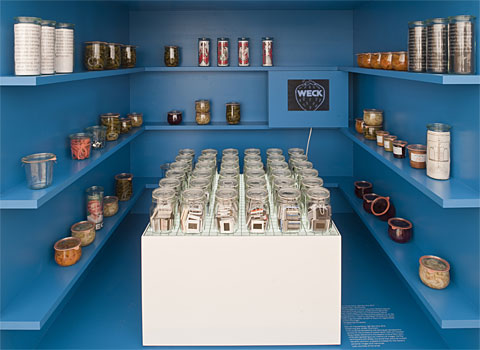 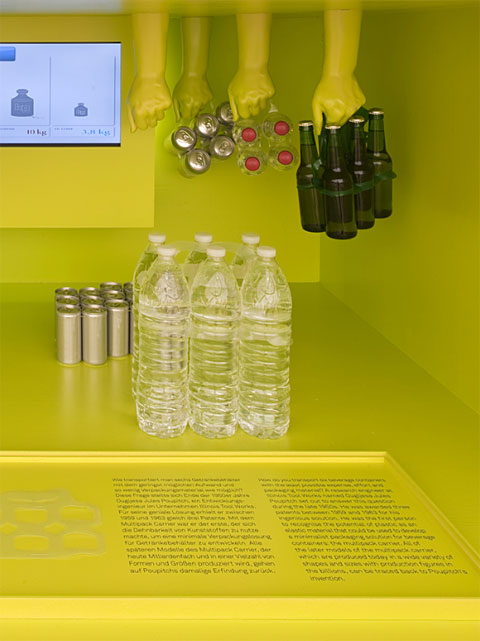 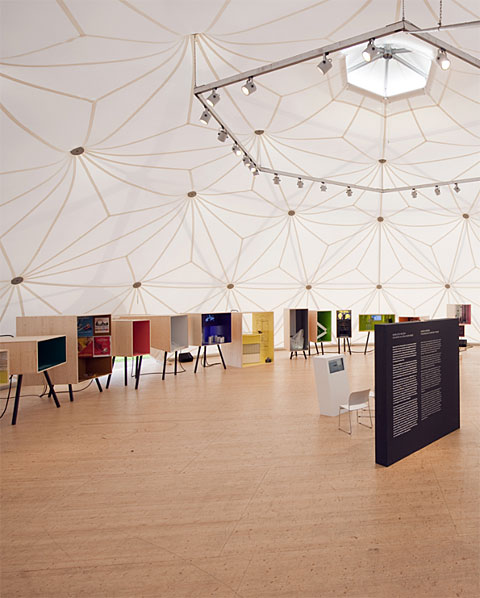 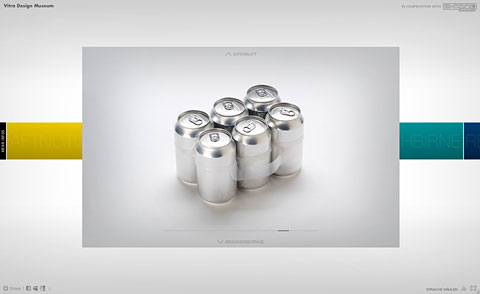