top
When it is empty the house always faces the same direction
by Nancy Jehmlich | Feb 5, 2011 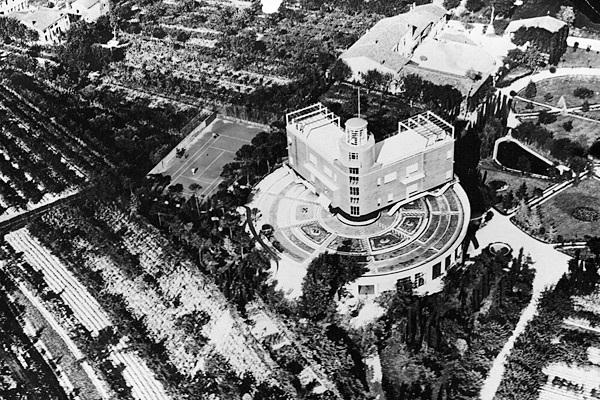 The villa “Il Girasole” with a fixed circular base and a revolving L-shaped structure was built between 1930 and 1935 by Angelo Invernizzi and interior designer Ettore Fagiuoli with the help of friends.

Morning breaks. A tall, round house waits to be discovered. The first images in the film by director Christoph Schaub and architect Marcel Meili show the house "Il Girasole", which is located in the Po Valley in Marcellise not far from Verona. Crickets chirp, a flute plays, the blinds are pulled up, the house awakes and the day begins. We, the viewers of the film, are inside the house. We know why we want to see the house. The house revolves. But it is not just the motion of something that is actually immobile that fascinates us. As we can read in the accompanying text to the DVD, "Il Girasole" (which means "the sunflower" in Italian) is an "architectural fusion of two of the most popular cults of the ‘modern intellect', namely the mechanical, movable house that turns towards the light of the sun".

The spacious villa "Il Girasole" with a fixed circular base and a revolving L-shaped structure was built between 1930 and 1935 by Angelo Invernizzi and interior designer Ettore Fagiuoli with the help of friends: artists, furniture designers, and architects. But Angelo Invernizzi was more of an engineer than an architect, a fact reflected in the somewhat ungainly structure comprising different styles. Now a 17-minute film devotes itself to the rotating, though by no means dynamic, but rather monumental and classicist looking house and its history. The builder's daughter, Lidia Invernizzi-Vicari relates her recollections of the villa in a voice-over. And it is not only her stories that lead the viewer into a remote, quiet and enchanting world; the film's images and scenes too celebrate the "miracle of Marcellise" as a masterpiece of dynamic architecture.

"Everything here belongs together, and because the caretaker Romolo knows that, everything is just as it was when my father conceived it back then," comments Lidia. The windows, the furniture, the floor, even the crockery which is emblazoned with a pattern especially designed for the villa, everything is just as it was 60 years ago. The filmmakers have two actors appear on the scene like the mannequin-like figures in Giorgio de Chirico's paintings. Perfect window-dressing for the house, reticent and dressed to suit the time, they largely remain in the background. Equally modest in cinematic terms are the light, sound and interior design. Everything including the orchestrated story of a daily routine serves solely the house and its depiction. The house plays the main role. Every shot demonstrates devotion and shows respect to this unique work.

Special attention is paid to showing the aspects of movement: As if through a casual pressing of a light switch the house is set in motion. Cut. The heavy cogwheels start to turn. Cut. In a long-lasting close-up the leisurely motion of the house is shown. In the process the house brushes against some ivy leaves. At just four millimeters a second the motion of the house is impossible to detect with the naked eye. One full revolution takes more than eight hours.

Later, when the sun gradually starts to set, guests are expected. You see a set table, the headlamps of the approaching cars light up the drive. The voice tells us that the family lived a quiet life, even though they often had guests from all over Italy. Change of scene. Dawn is breaking. We look at the roof terrace and hear Lidia relating her father's dream of having a big party on the roof, "but somehow it never came about, maybe the idea was more important than actually doing it ..."

It is daytime, the flute is playing again, we switch to the present and see Lidia Invernizzi-Vicari sitting on the terrace enjoying the view. She tells us that her current stay in "Il Girasole" has come to an end and that she is leaving the family's summer residence. "Romolo has already turned the house back again. When it is empty the house always faces the same direction, namely the valley. Not that it were necessary. But that's the way it is."

The villa “Il Girasole” with a fixed circular base and a revolving L-shaped structure was built between 1930 and 1935 by Angelo Invernizzi and interior designer Ettore Fagiuoli with the help of friends. 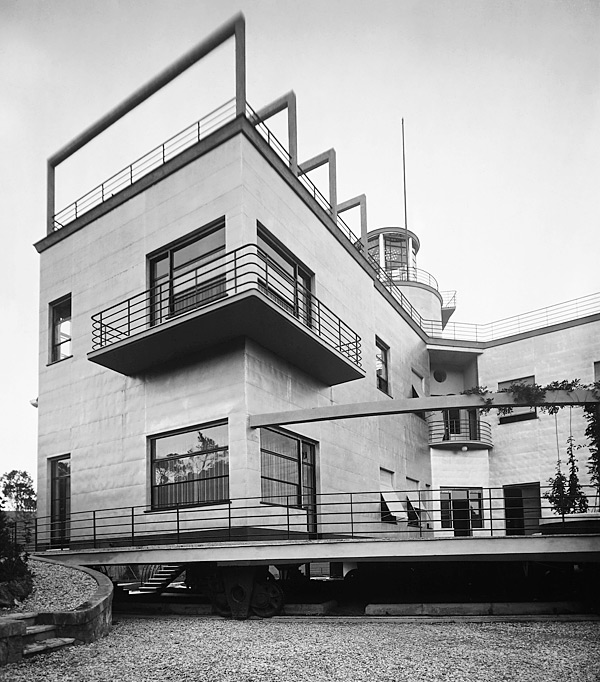 View of the revolving L-shaped structure 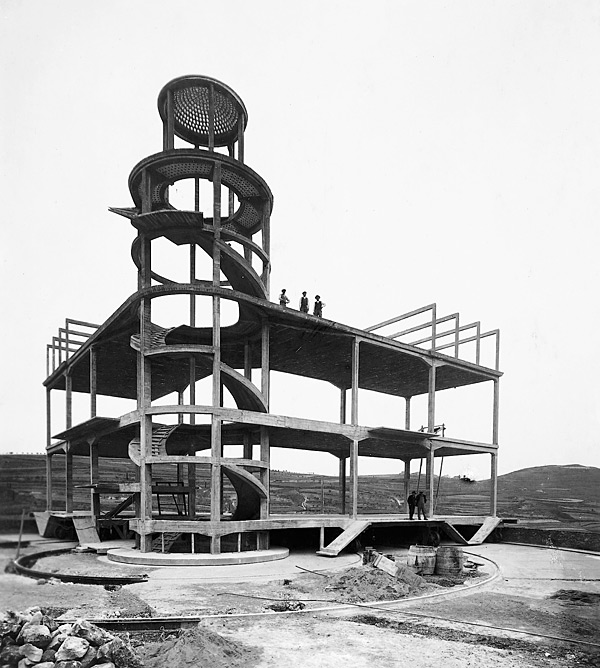 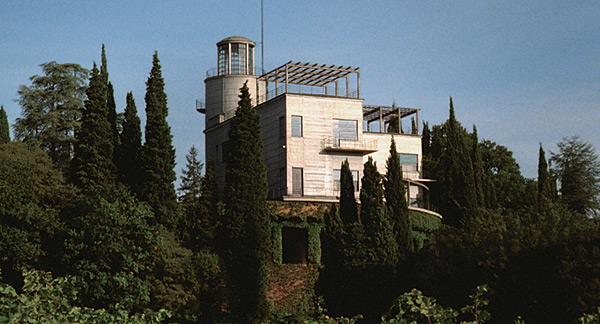 Il Girasole – the sunflower, built not far from Verona 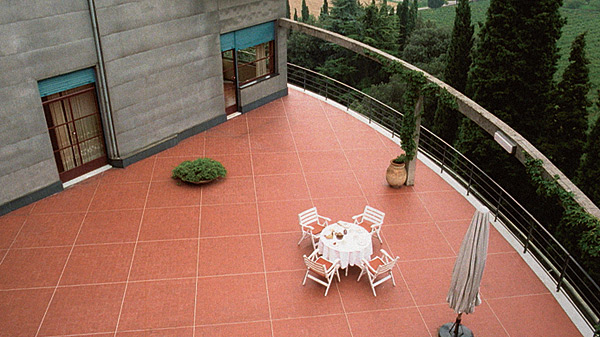 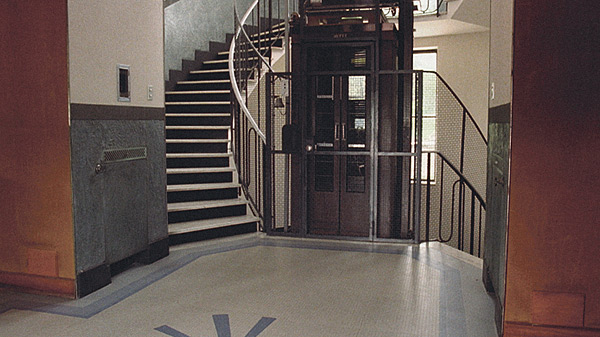 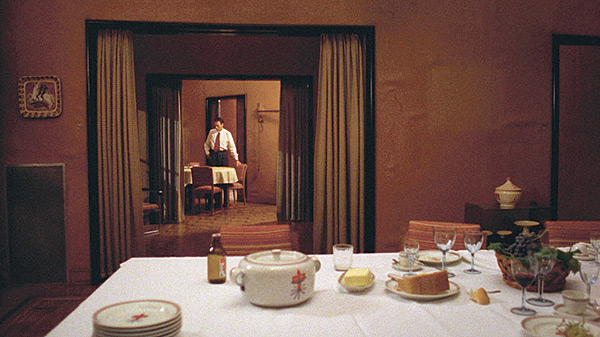