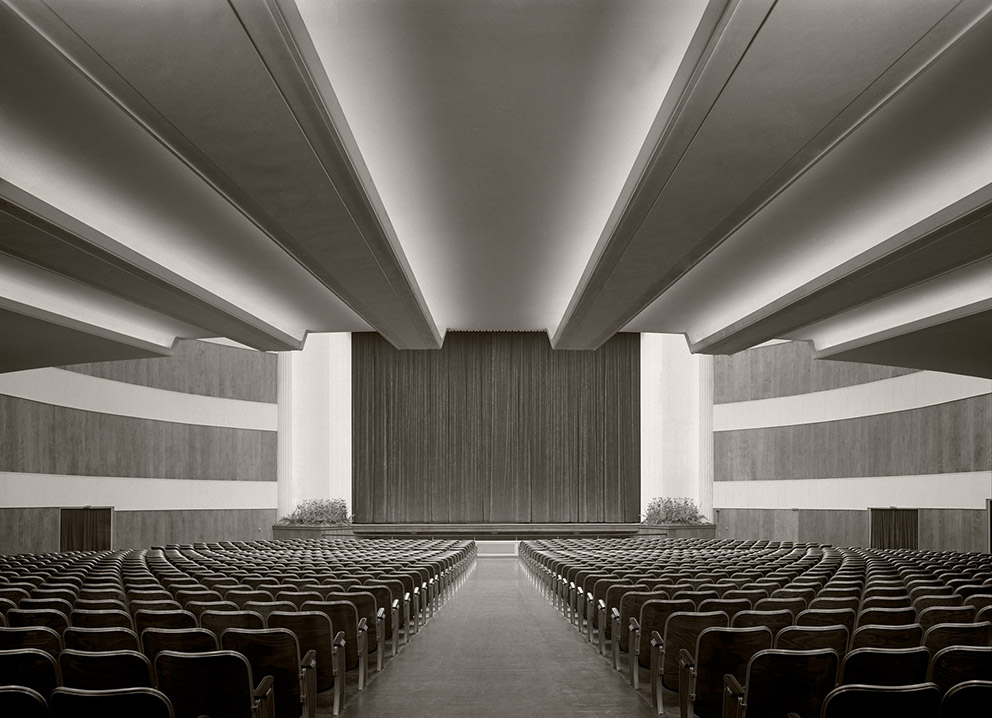 Architectural photography is not having an easy time of it at the moment. If it is confined to that thin line of commissioned work then it gets stuck producing one specific type of image (often shot slightly from below, but sometimes from the air) that entails straddling documentation and advertising, and not just in the case of buildings designed by the stars of the scene. Digitalization and post-production together also combine to turn photographs increasingly into structures arising from a technically driven imagination, even if this may not be apparent at first sight. Alongside such work, repeatedly images of cities, buildings or urban spaces are emerging that focus less on staging and more on realism, in which often the tedium of social reality can be sensed, while the failure of urban planning and architecture congeals to form images.
It can’t do any harm in such a situation to occasionally recalibrate the inner eye to reflect the precision of images taken using a plate camera and fitting the almost classical idiom of architectural photography.

The images created by Cologne-based photographer Karl Hugo Schmölz (1917-1986) belong in that category. Schmölz remains relatively unknown, even if he is no longer a complete unknown. Seldom, or so Linden, editor of a new volume on Schmölz, “does the biography of a photographer exhibit such a skewed relationship between an awareness of his oeuvre and its significance as is the case with Karl Hugo Schmölz.” Although in the post-War years he was possibly Germany’s most important architectural photographer, Schmölz died in 1986 largely forgotten. In 2012, Rheinisches Landesmuseum Bonn organized the first show of his images entitled “How Germany Re-invented Itself” and this was followed by several photobooks, above all containing his images of buildings dating from the period of Germany’s Economic Miracle.

Cologne publishers Artbookers founded in 2016 has now brought out a volume entitled “Karl Hugo Schmölz – Architekturfotografie der Nachkriegszeit” – a digital photobook with just short of 100 images – edited by Thomas Linden, who has also contributed an essay. Meaning you can now enjoy Schmölz’s photographs on screen. In addition to the astonishingly low-cost digital photobook, Artbookers also offers selected motifs as fine art prints. The range extends from pure prints through to versions mounted on alu Dibond or laminated on high-grade acrylic.

In the case of Karl Hugo Schmölz, architectural photography essentially ran in the family. His father Hugo Schmölz taught Karl the craft of photography – in the 1920s and 1930s he was one of Germany’s most successful architectural photographers. Hugo opened his first photo studio in Cologne in 1911, the same year as had August Sander, with whom he collaborated on occasion. Alongside the auto industry, large retail chains and Siemens, architects such as Dominikus Böhm were among Hugo Schmölz’s clients.

After his father’s death in 1938, Karl Hugo took over at the “photo workshop”. At the end of 1944 he was already busy standing among the ruins taking photographs of Cologne, which had been devastated by bombing raids. He looked deep into the ruins, recorded the façade of the city hall as if it were a historical backdrop. The play that had been staged there was now well and truly over. However, for Schmölz the destruction was not just a matter of sorrow, but spelled an opportunity. When reconstruction began, key architects in the Rhineland such as Wilhelm Riphahn, Rudolf Schwarz, Helmut Hentrich and Bernhard Pfau commissioned him to work for them.

What had been now lay in ruins. What arose on them had a clear, light, plain and transparent look to it, boasted slender window profiles, projecting roofs, and daringly curved stairwells. The most advanced edifices built were invariably the ones Schmölz captured on film, in a matter-of-fact vein, but always with ingenious lighting and staged in a way that even today you feel you are witnessing the bright glow of something new. The images tend to focus on Cologne and the Rhineland, but the radius of his works also extends to Essen, Dortmund, Stuttgart and Karlsruhe.

Be it shop windows in which the wares gleam seductively at night or gas stations (energy is still a promise of a future) with their daring roofs and circular cashier booths lighting up the path into a neon-bright age. In his images of cafés, auto dealerships and trade-fair pavilions, of shop windows, shopping arcades and not least the large auditoriums in cinemas and movie theaters, Schmölz captured the promise of a newly gained future and put the reconstruction period and the qualities of its architecture in the limelight.

The fact that Schmölz’s images are bereft of people may have to do with the fact that they are commissioned pieces and his roots in Functionalist photography. However, it also shows how thoroughly the period turned its back on the misery of the immediate post-War years and the Nazis’ mass events. Germany was being reconstructed and that was what everyone was first and foremost meant to see. The absence of people also points forward to the documentary thrust of Bernd and Hilla Becher and even as far as the “Unconscious Places” and “Streets” of one Thomas Struth. Moreover Schmölz was, as Linden mentions, one of Candida Höfer’s first teachers. And hardly anyone has so elegantly and seductively staged the space that is occupied, shaped and accessed by architecture as did Karl Hugo Schmölz. 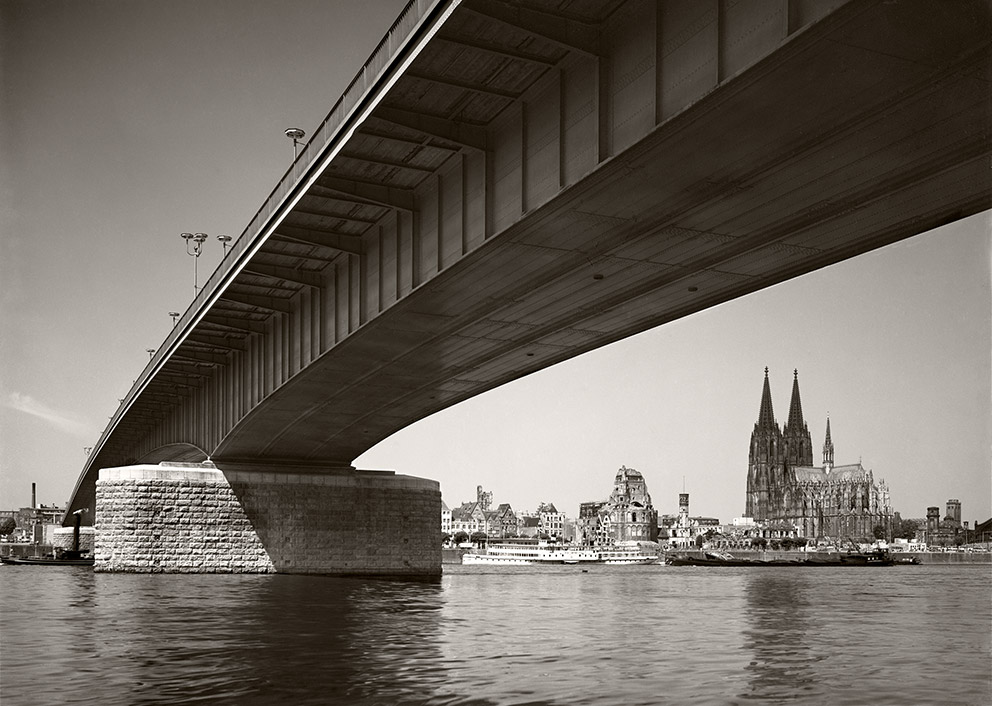 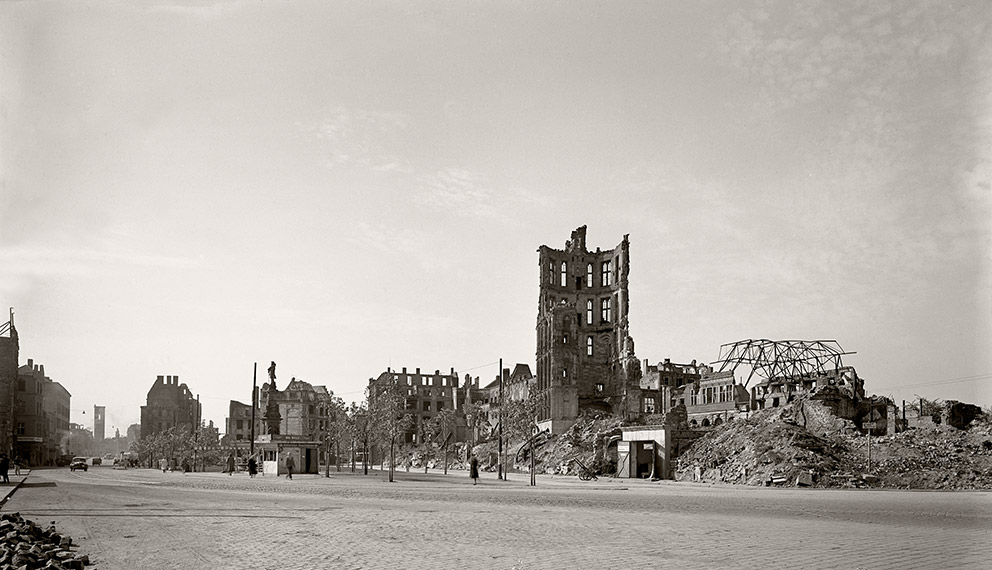 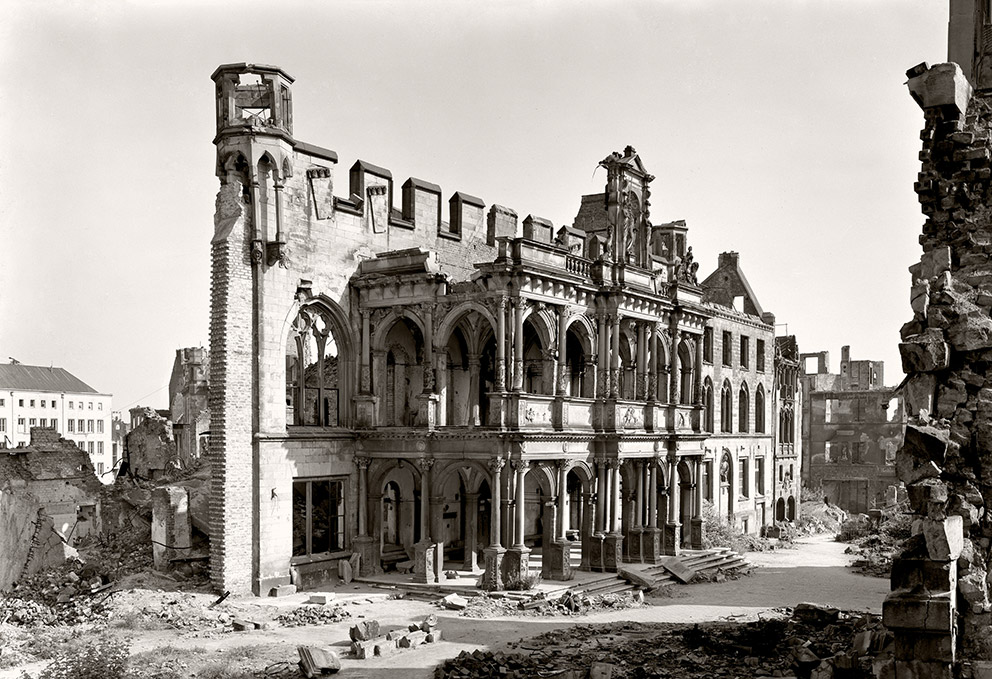 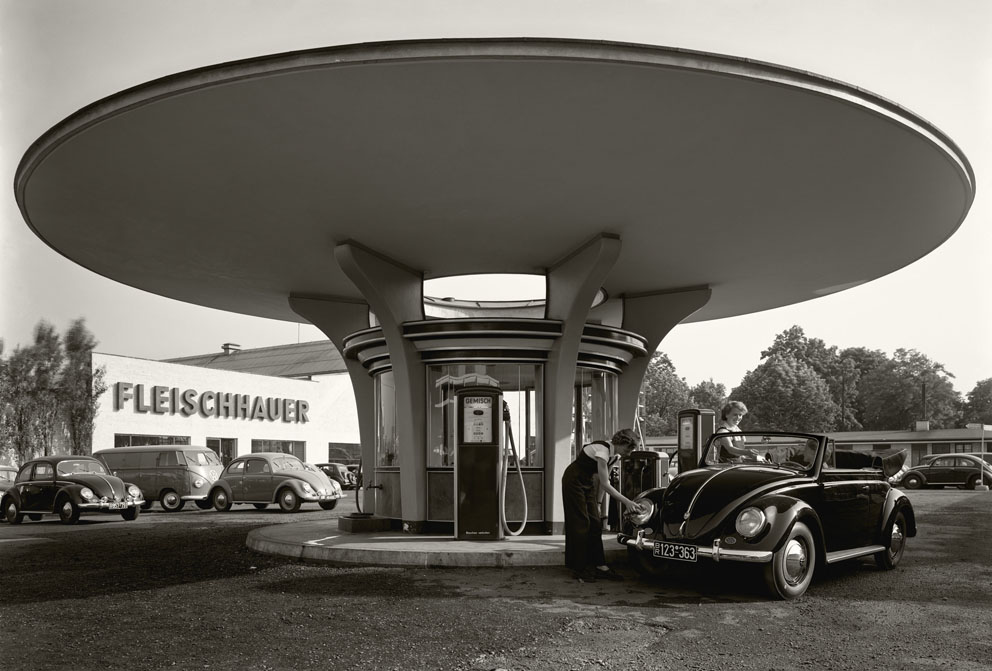 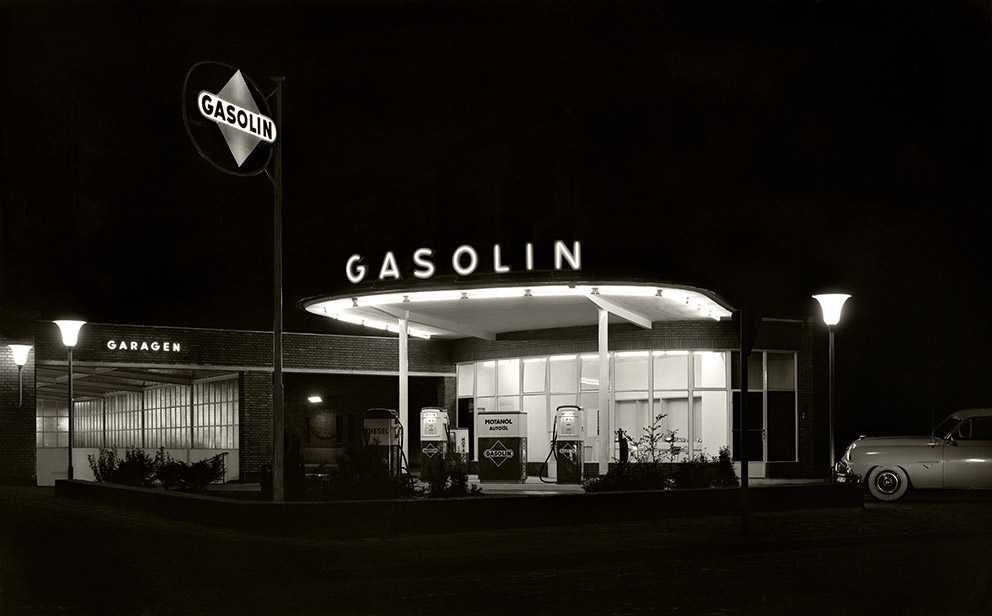 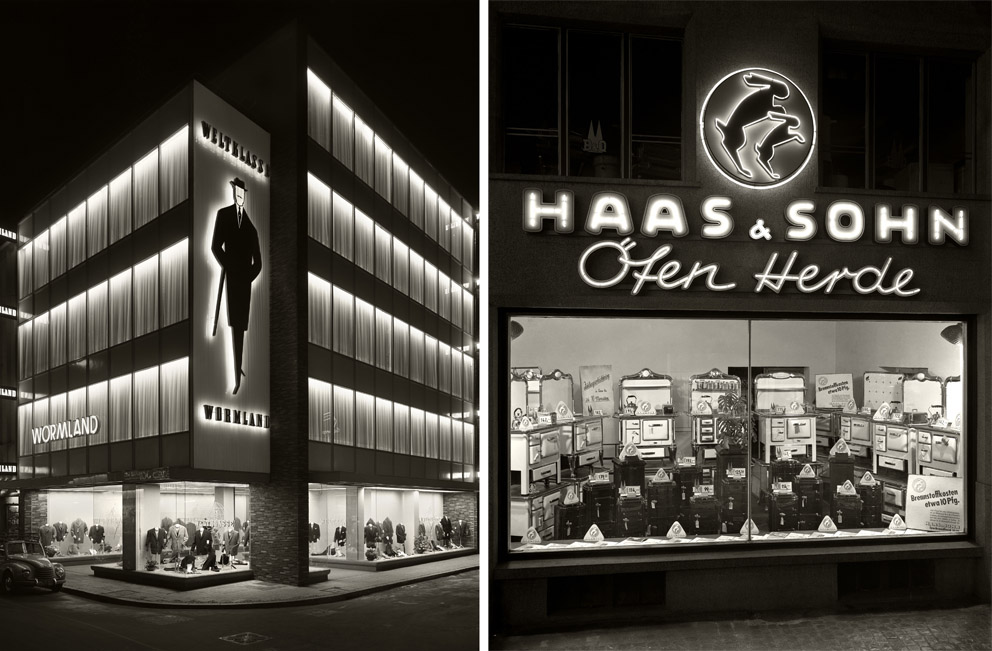 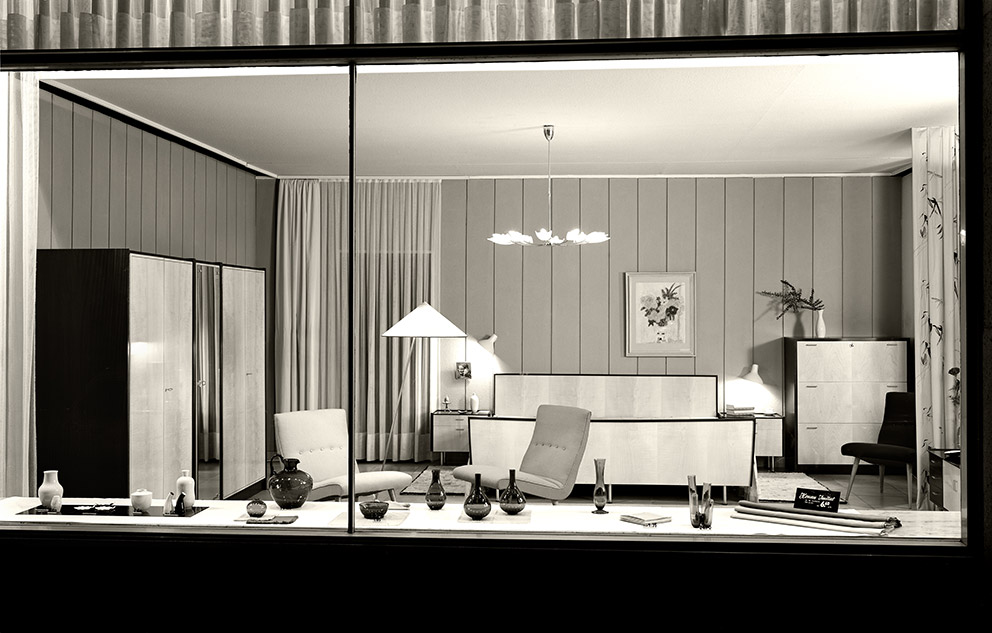 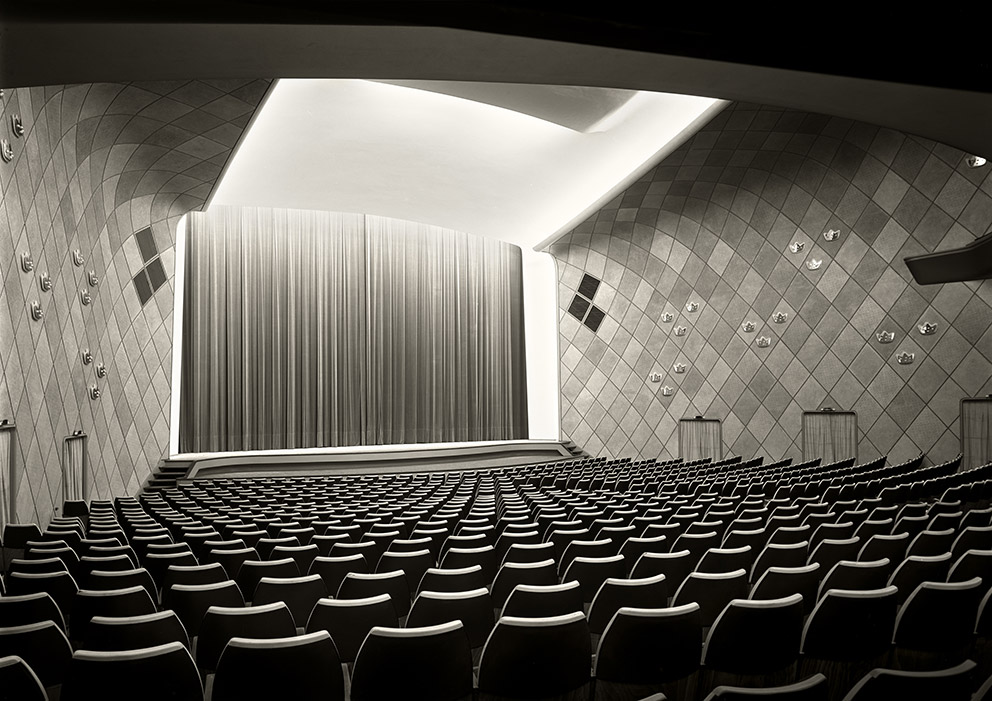 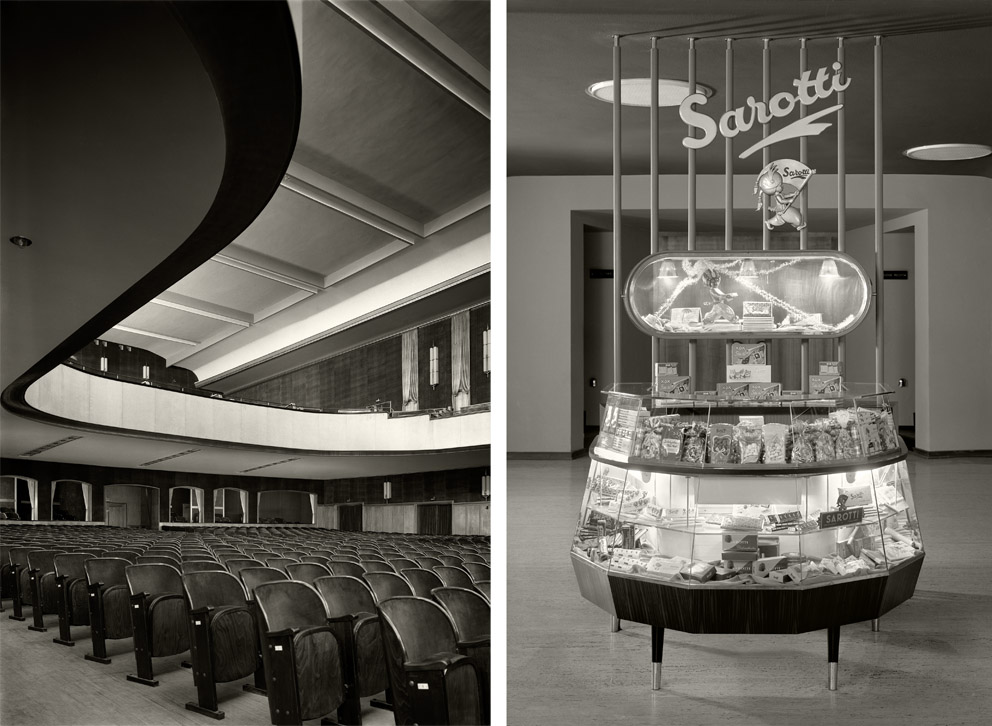 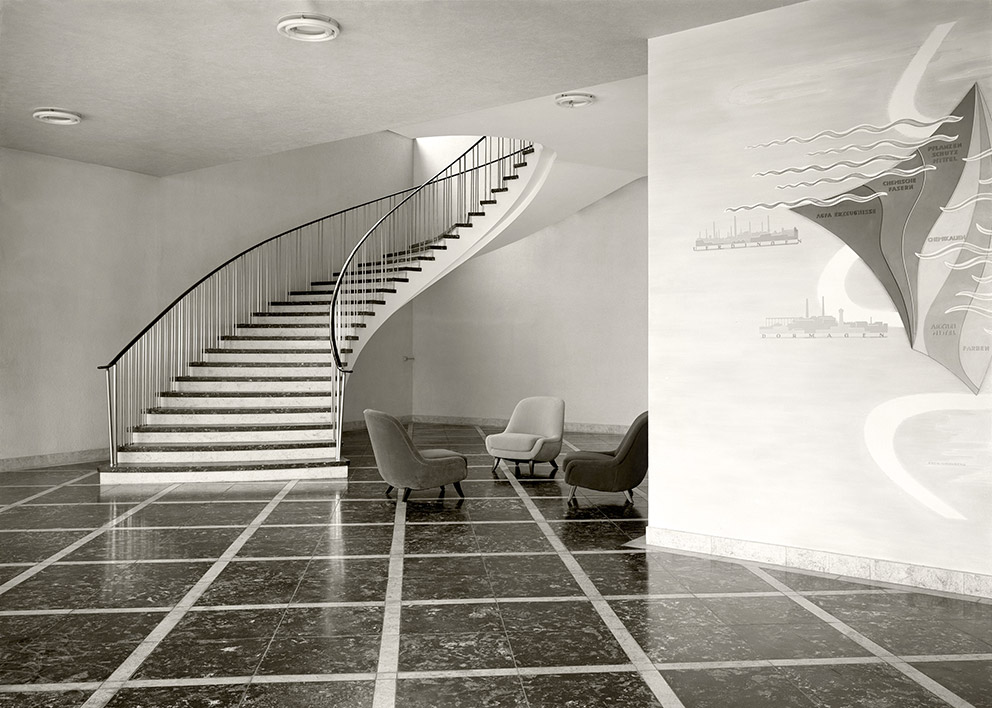 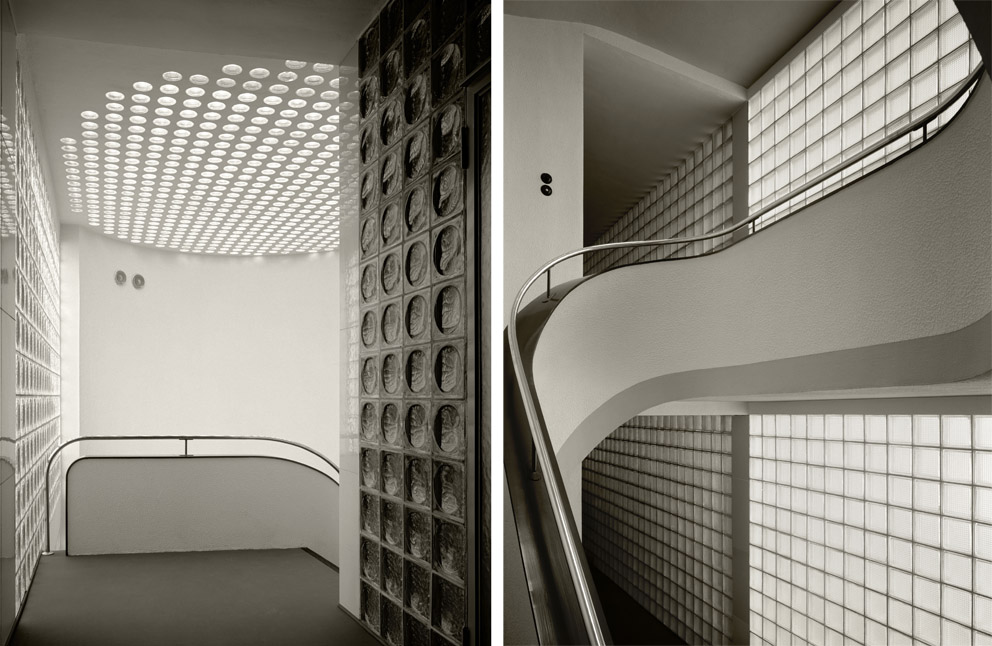 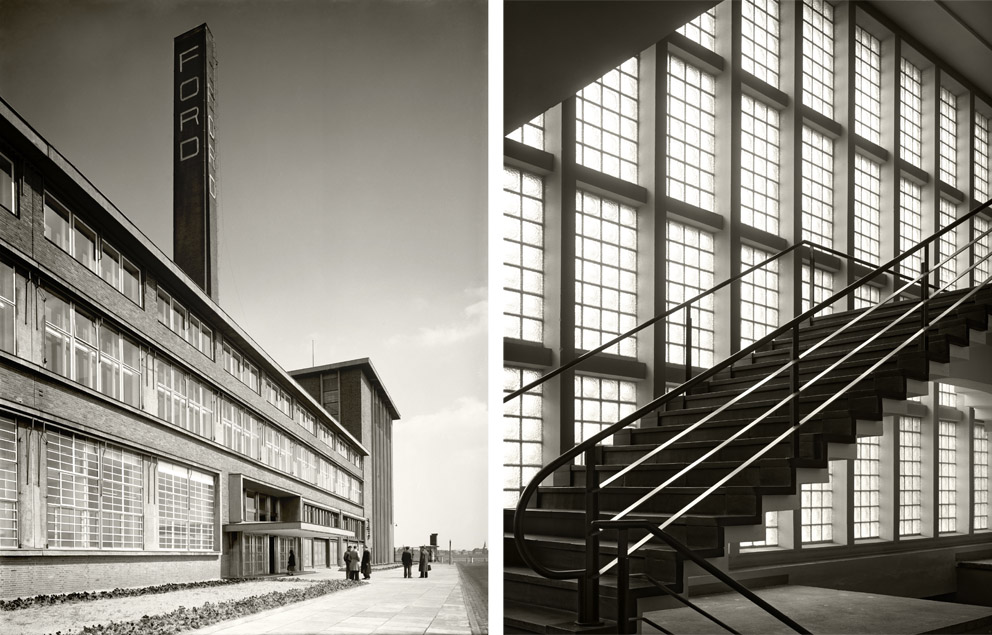 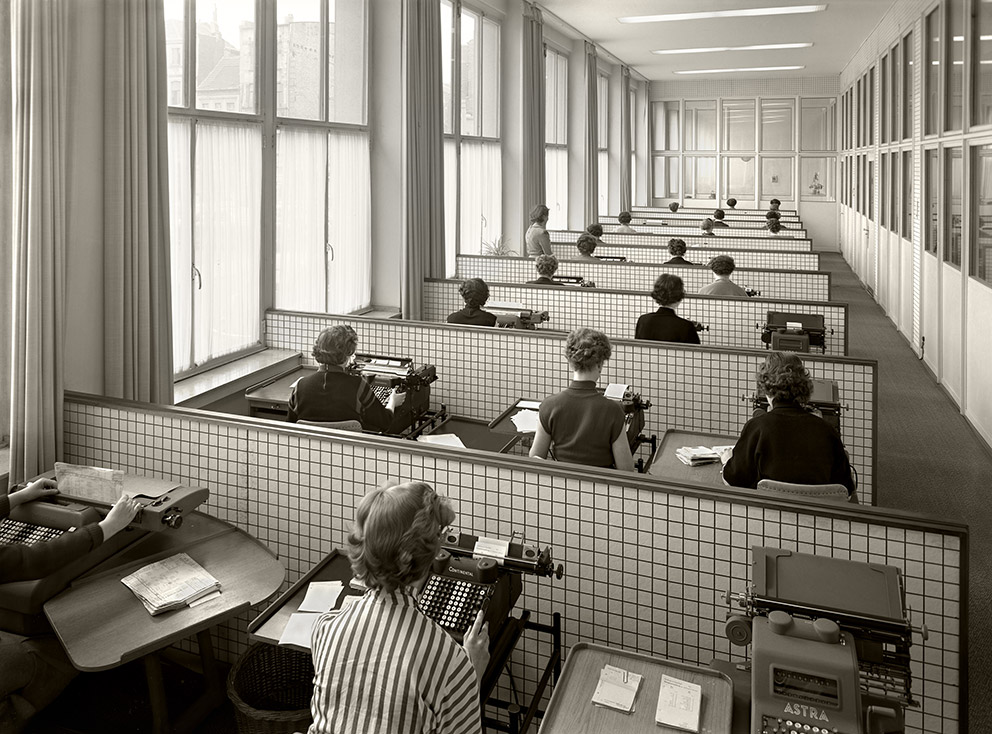 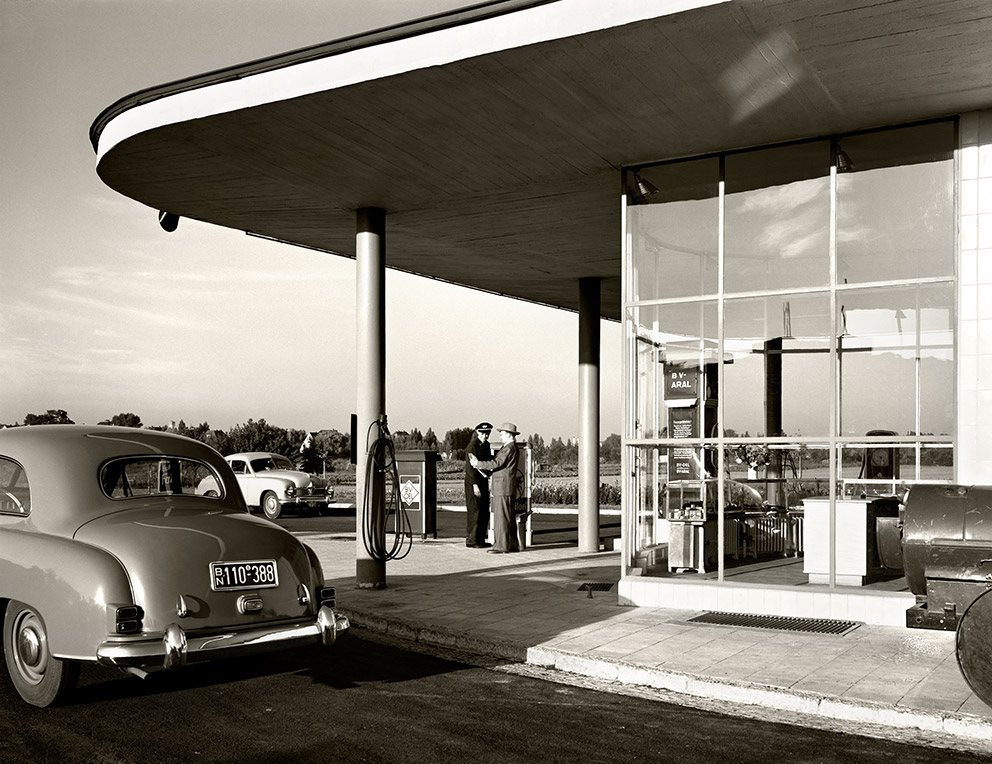 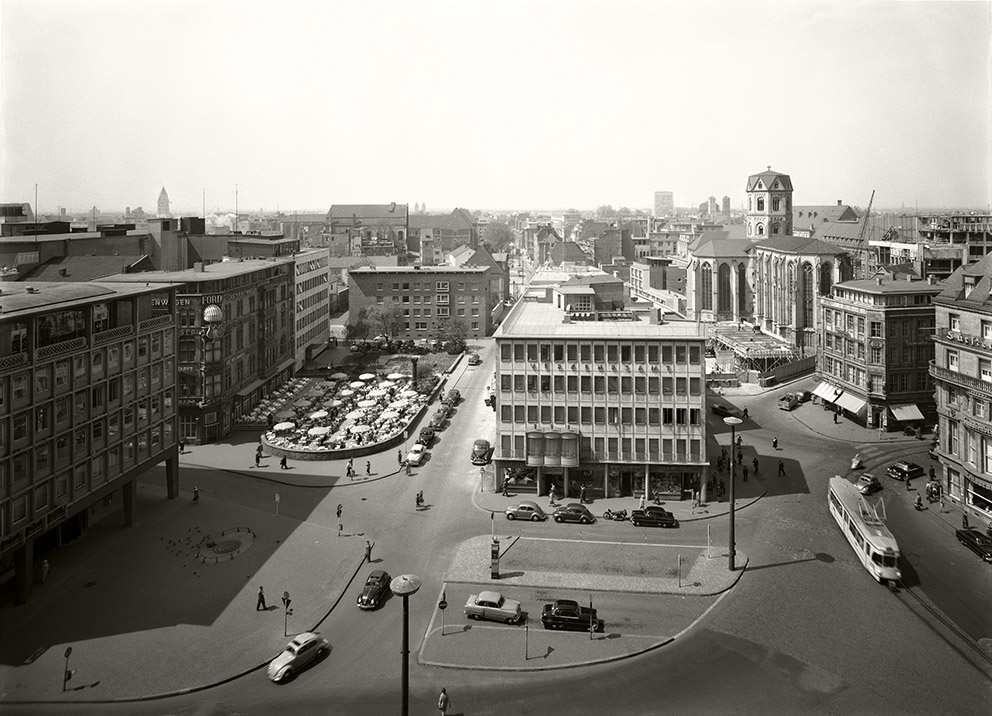