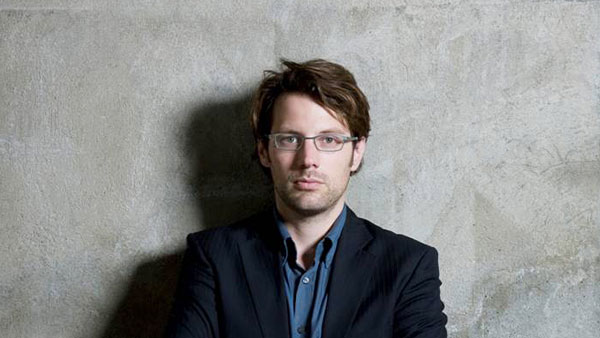 Last week, an article appeared on Stylepark written by design critic Thomas Edelmann whose title asked the good question: "Is design a sub-discipline of art?" In his article, he takes a very clear position on the design profile of the Hamburg Academy of Fine Arts, the HFBK. He concedes that we have the "intention" and "courage" to "slightly unhinge the set world", but he also claims that in Hamburg "design has been made the handmaiden of art".

It's obvious that I must vehemently contradict him here, whereby I find it very interesting to consider the question of whether design is suffering a loss of identity. This also reflects the debate we have been conducting here at the HFBK for some time now, quite publicly incidentally.

In his article, Edelmann mourns the good old days when there was still a Dieter Rams, the Ulm school, and the Bauhaus, in short when the world was still in good order, or rather in the order of Modernity. The HFBK also stands in that tradition, where Gustav Hassenpflug, once its director and himself a Bauhaus student, or so Edelmann writes, sought to "combine the intuition of the fine arts with technology". Oh, the Fifties were so great. But they're long since passed. Edelmann therefore locates the root of all evil in post-modernism and the following design revolts of "New German Design", whose protagonists we invited to our symposium "Why Design?": Axel Kufus, Andreas Brandolini, and in the form of Ralph Sommer we have a further representative of those days on our staff.

Which brings us to the banana, because it is certainly not the case that we have not discussed what the right path for design training and the related design concept should be. Design is a relatively young discipline and it sticks like glue to its original, industry-related image, although we know full well that classic industrial society is the solution to all things neither now nor in the future, and design must therefore reinvent itself because the world for which it is designing is unlike the one in which it originated. This is precisely the reason why in many quarters there's a great deal of discussion about what design actually is. It's a question that we at HFBK answer quite unequivocally: Design is a form of art, not its handmaiden, not its auxiliary, but one of the ways in which we tackle the world in artistic terms – in this case by 'designing', or to use the very fashionable term deployed by Thomas Edelmann and most recently by Konstantin Grcic in Süddeutsche Zeitung, by "design thinking".

But back to the banana. Because I find the question as to what design is about as interesting as the question as to why bananas are curved. And I don't mean this disparagingly, as millions of people have been asking themselves this ever since bananas have been sold by the fruit & veg shop round the corner and especially since they've hit the shelves in supermarkets. And it's not that long ago that bananas were first introduced to the States from Jamaica in 1870. They have since spread like wild fire across the entire Western world. The banana is an economic success model; the banana is the product of global goods transportation; the banana is a child of industrialization, just like design. Given this significant similarity between design and bananas, it bears looking at the banana in a bit more detail, perhaps in order to get closer to the essence of design.

There's a very complex history to bananas' reception, one that has constantly changed and is viewed quite ambivalently. The ambivalence stems from the very fact that when we think of bananas we always think of 'apes'; bananas as the favorite dish of the animals most closely related to us, but animals that unlike us do not possess the gift of reason. To this extent, the banana is a symbol of everything that appeals to the lower instincts. And in this regard resembles design. For design – and this distinguishes it in some self-definitions from art – likewise appeals to the baser emotions, as, for example, in the consumer/mass-production-related incentive to buy in order to own. It is not for nothing that some designs are decried as superficial styling.

Bananas are given a quite different meaning in the special form of the Chiquita banana of the Sixties and Seventies. Here, evil became manifest, the global player Chiquita not only exploited its workers, but toppled democratically-elected governments and supported dictatorships simply in order to be able to maintain the exploitation of its workers. At the same time, Victor Papanek discovered evil in design, the capitalist handle, and suddenly a Panton Chair was no longer modern and future-oriented, but almost as dangerous and exploitative as the Chiquita banana. Interestingly enough, the banana debates of the Sixties and Seventies preempt the later discourse on branding and marketing in the Nineties and Noughties. In a nutshell: design and bananas are the object of a principled critique of consumerism.

Let me cast a quick glance at the banana and German unification. For in the Nineties the ambivalence of the banana increased further: for the one camp it was an expression of hopes for the future and a promise of happiness and (synonymously) prosperity, for the other the symbol of the East German pariahs. For the purposes of internal academic debate I would like to point here to the interesting linkage of "banana" and "cucumber" and, for the general discourse, to the dilemma that any young design student faces today: namely the wish on the one hand to develop products and, on the other, to have been socialized by Greenpeace and co. and to be critical of the temptations of consumer capitalism.

Here, too, there's a way out via the world of bananas, as today bananas are back in, namely as fair-trade organic bananas, the equivalent of recycling phantasms, zero-footprint products and cradle-to-cradle philosophies in design.

What we see is that in the process of social change the banana is assigned quite different meanings – and gets eaten independent of them. Another similarity to design, one that could perhaps encourage all those classic product designers to sit more comfortably in their seats.

For all these explanations, we have still not established why the banana is curved. As we all know, bananas are curved because the bloom, which initially hangs downwards, turns to face the sun. Thus the curve has nothing to do with the banana, but its relation to the sun.

The same applies to design. The question of what design is cannot be answered as a matter of design but of the tasks it has in this world. And that is why our symposium does not ask: "What is design?", but asks the essential question "Why design?", and thus of course also: "What tasks must be squared up to?" And: "What methods should we use to tackle them?" If we can draw on practices such as urban interventions, social sculptures, participatory processes, etc. for assistance in developing a definition of the task and a related tangible self-image for design that goes beyond Modernism's promise of consumption, then I do not care whether these originally stemmed from related or neighboring fields, such as "art" or "architecture". And precisely this is what we at HFBK are working on. Here, design is not the handmaiden of art or its auxiliary. Rather we can second Philipp Ursprung, architecture theorist at Switzerlands's ETH Zurich and thus not to be suspected of any particular affinity to either design or the zeitgeist, who declares such rigid delineations to be obsolete: "Seen thus, the question at the moment is therefore less whether art, architecture and design merge with one another and instead whether the trend will end up with art and architecture dissolving into design."

So it's not bad times but very exciting times that await design – and the place where it is taught, the art academies and universities.