When, back in the mid-1970s, American designer George Nelson was commissioned to design the interior of an insurance company administration he set about critically examining all the office systems available on the market at the time. And his conclusion was crushing: although all the office systems were explicitly devised with a view to creating office interiors, none of them, or so his depressing finding, served to create an office worthy of human occupation. Nelson was especially critical of the dividing walls used to set the individual working compartments off from one another: “In almost all the installations examined the only vista most of the employees enjoy is an unobstructed view of the ceiling, lit by fluorescent tubes. The concept of the open office world had been abandoned in favor of an essentially nightmarish labyrinth of dividing walls that gave one an even more claustrophobic feeling than the old cell office.”

The cubicles that Nelson rightly criticized (and he was not the only one) have remained a cardinal problem of the modern open-plan office and have substantially contributed to it being trashed. The notorious “cubicles” still shape the working day of countless office workers the world over; and still serve as the negative version to be avoided when designing office solutions that are user-friendly.

If one casts a glance over recent changes in the office world then the mood swing can be attributed mainly to two things, first the in part very fast development of technical working and communications tools for offices and second the variety of efforts to render office work more human and find a contemporary way to organize it.

The technical developments can be summarized under the labels of digitalization, miniaturization and mobilization. The emergence of electronic data processing is manifest in offices above all by the triumphant entry of PCs initially in the guise of massive desktop units with even larger screen sets. As of the 1980s these squeezed out the hitherto customary typewriters and calculators. Starting with the new millennium, flatscreens and comparatively tiny computers have since replaced the machines that in retrospect seem quite antiquated – to the extent that they were not swapped for mobile laptops. The amount of space required on desks fell accordingly. At the same time, in-company and external networks arose (Intranet and Internet), radically changing data storage, information procurement and above all communication (e-mail). The development of wireless communication and the requisite infrastructure (radio networks, W-Lan, Hotspots etc.) and the corresponding devices (mobile phones, smartphones and most recently tablet computers) mean that classical office work today is far less tied to one place. At the technology end, such mobility, and many today feel it both a blessing and a curse, forms the basis for contemporary office concepts such as that of the “nomadic office”, which propagates the principle of desksharing and foresees the creation of non-territorial work stations.

Given the rapid pace of digitalization, in the 1990s the era of the paperless office was proclaimed. Even if the related expectations have not yet been completely fulfilled, the development is definitely in that direction. Cupboards, shelves, filing cabinets and drawers to house files and documents – and these once formed a key element of any office – are hardly required any longer. Instead, all you need are a few lockers in which your utensils can be safely kept while you are out, and a mobile trolley that you can easily move around the office.

From the beginning, office design has hinged on technical/functional aspects as well as issues of efficiency and economy. Human needs were only considered to the extent they could be empirically proven to exist and quantified. This does not contradict the efforts to ensure the ergonomic design of office work stations, something that resulted in countless norms. Because this focuses primarily on physical wellbeing and the related output of the staff. The office furniture segment is to this day impaired by this constrained view of working people, as a visit to the Orgatec trade fair every two years always confirms.

The research and exhibition project Vitra Chairman Rolf Fehlbaum initiated at the beginning of the 1990s marked a caesura in the development of office concepts: “Citizen Office. Ideas and notes for a new office world”. In cooperation with Andrea Branzi, Michele De Lucchi, Ettore Sottsass and James Irvine an experimental and also pioneering vision of the office was developed that was based on the essentially trivial and yet truly revolutionary hypothesis that the office was not just working space, but living space. If we accept this idea, then it follows that when designing offices the employees’ emotional and social needs must be appropriately considered.

Vitra has since emerged as the sector’s think-tank and presented a series of office concepts that attest to the central insights of “Citizen Office”, such as the integration of decidedly homely aspects into office design. Launched in 2008 and now advanced further, the “Net‘n‘Nest” concept is an office that on the one hand has been optimized for teamwork and communication and also caters to the employees’ needs for individuality, privacy and spaces to which they can retreat. It caught the eye for decidedly informally designed areas that more resembled a private living space or up-market lounge than an office. These do not serve as an invitation to laze about, but as spaces for temporary relaxation, concentrated work alone and informal meetings.

The idea of designing offices as highly diverse, exciting and inspiring work spaces is in keeping with today’s needs and assumes confident employees whose wish to shape their own lives also extends to the choice of workplace and the design of the surroundings at work. Yet it remains doubtful whether such extreme solutions as the much-noted Google European Head Office in Zurich, which at least in part looks like a mixture of adventure playground for adults, youth camp and themed restaurant, will really represent the future of offices. 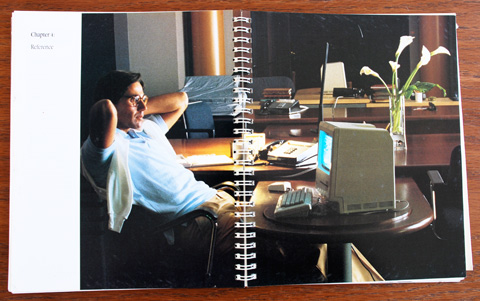 The technical development allows the miniaturization of the computer, like shown in the Macintosh User Manual 1984, photo © peterme via Flickr 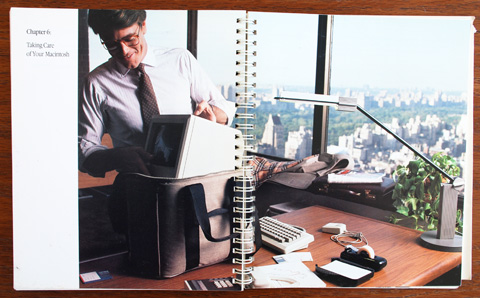 In the Eighties, the PC is getting mobile and enables a new kind of working, photo © peterme via Flickr 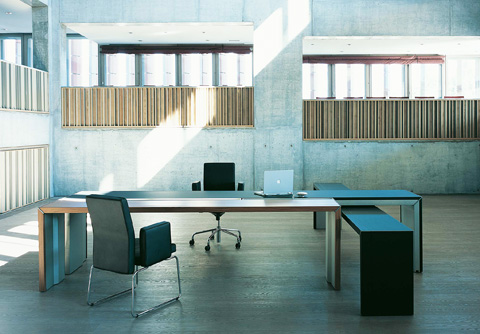 The system “Double You“, which was designed by Hannes Wettstein for Bulo in 2004, allows a free division of working spaces, photo © Bulo 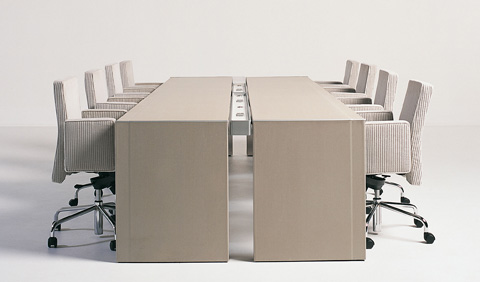 The "Double You“ work bench can be configurated flexible by its useres, photo © Bulo 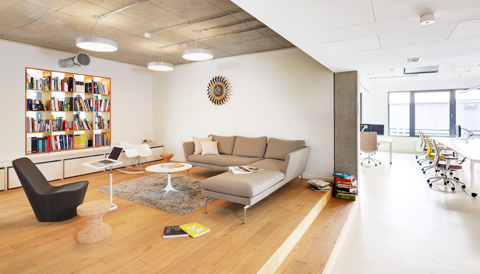 Basis for the design of the creative agency Razorfish was the fusion of work and recreation, photo © Eduardo Perez, Vitra 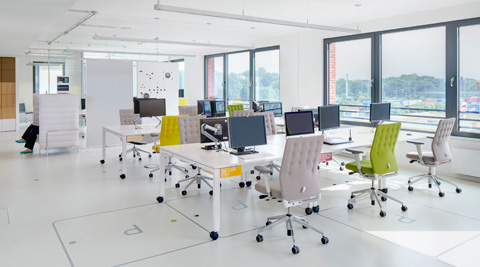 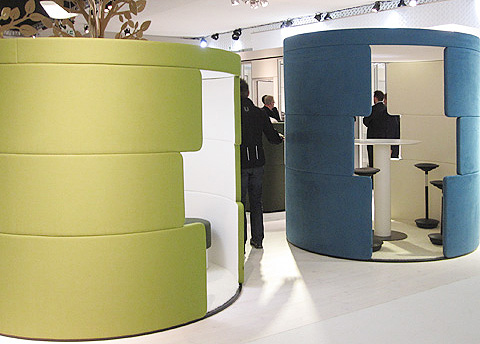 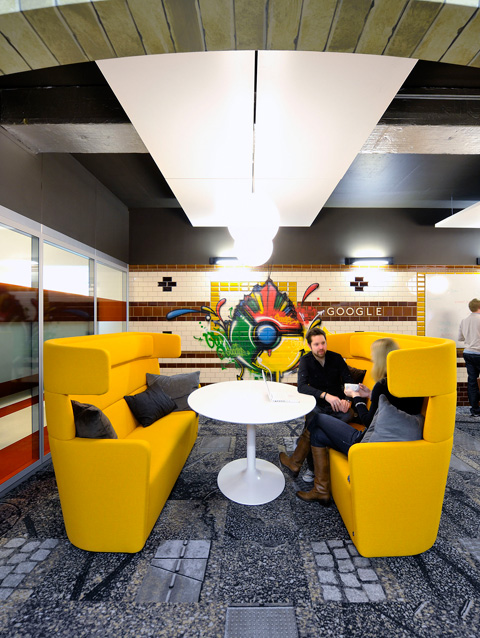 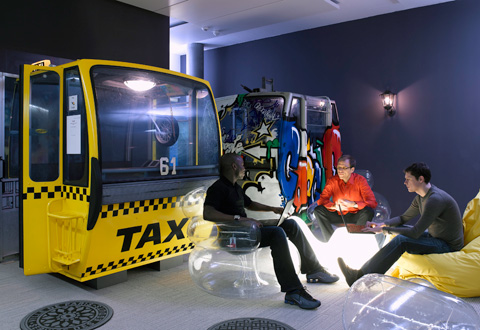 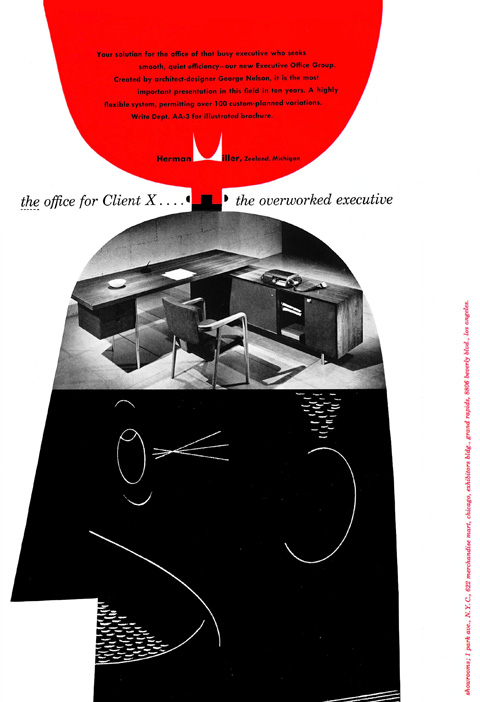 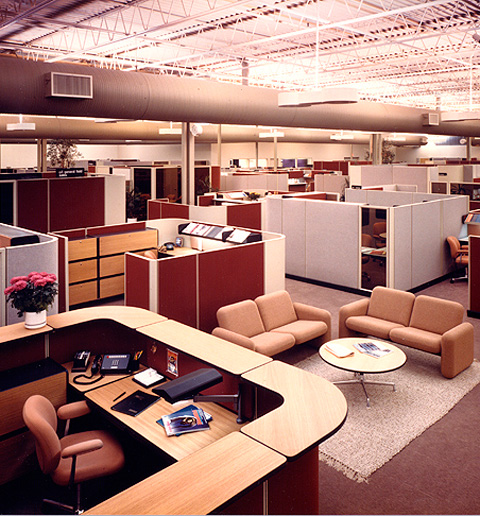 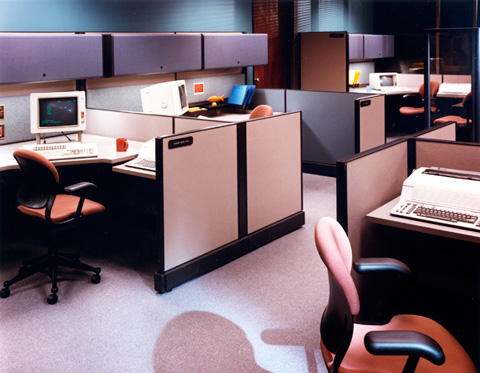 In the offices of the Eighties, the electronic data processing was responsible for numerous hardware which were covering the work desks, photo © Herman Miller 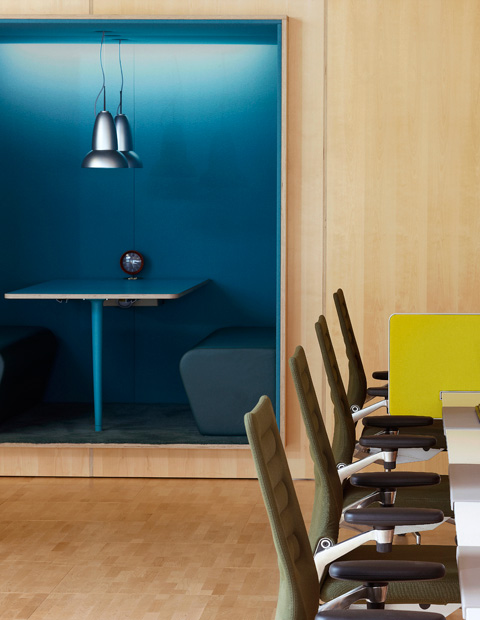 At the beginning of the 1990s, Rolf Fehlbaum initiated the project “Citizen Office. Ideas and notes for a new office world”, photo © Vitra 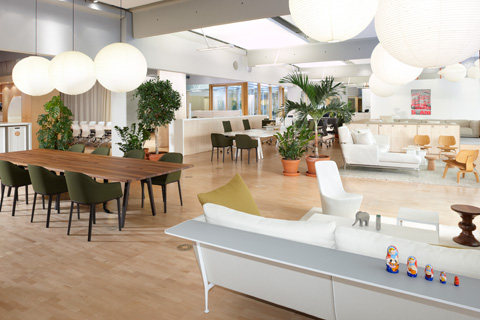 “Citizen Office” was based on the hypothesis that the office is not just working but also living space , photo © Vitra 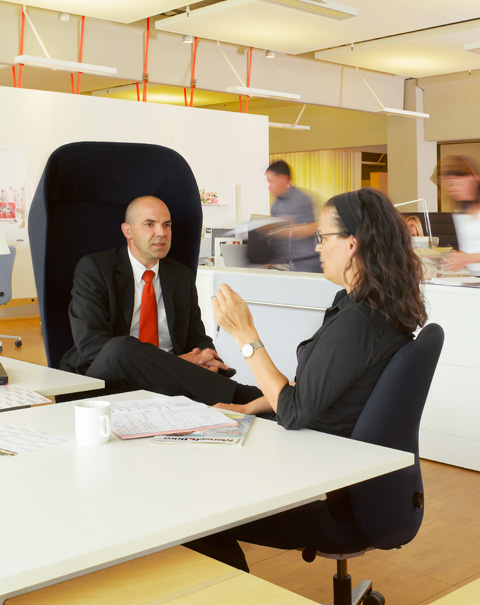 The concept “Net‘n‘Nest” by Vitra was launched in 2008, photo © Barbara Sorg, Vitra 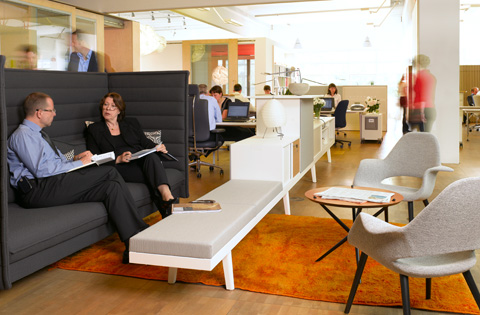 The working areas of the "Net‘n’Nest“ concept look like relaxing lounges and offer the employees a temporary refuge, photo © Barbara Sorg, Vitra 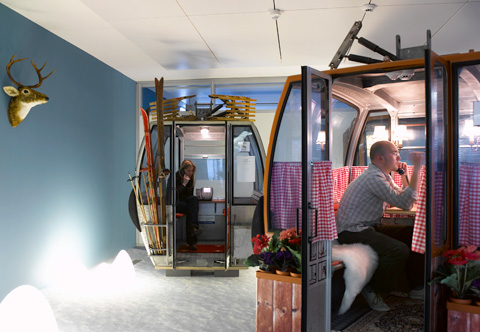 At the European headquarter of Google you are able to work also in ski gondolas, photo © Camenzind Evolution 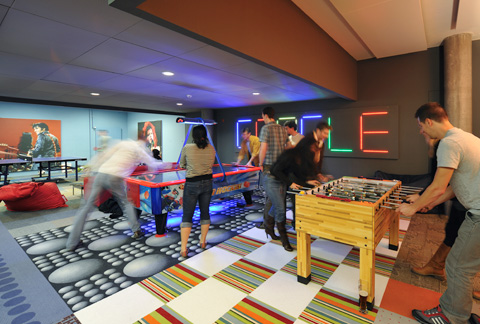 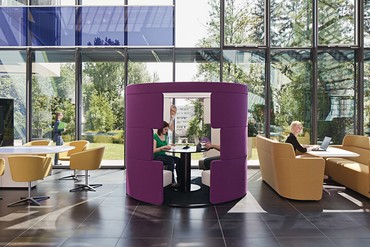 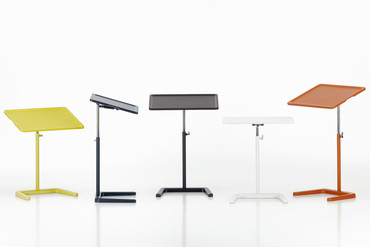