A Chinese meal is always a celebration of culinary delights. But for a designer it is much more, not least a feast of symbols. In comparison to Europe and the USA everything seems to be subject to a different "code"– the rooms, the table, the place settings, the order of the dishes, the rituals, the behavior, and the sounds. Let us first take a look at objects: place settings are a permanent feature of dinner tables in China and consist of a plate the size of a side plate, a small bowl with a spoon made of porcelain or thermoset, a tea cup and a set of chopsticks.

In fact a more appropriate way to address this topic would be to start with the place where it all begins: the kitchen. In Chinese cuisine, as is the case with any other, it is the ingredients that determine how the food is prepared and make all the difference when comes to taste. Typical dishes are the result of an extremely long preparation process – pickling, marinating and simmering, in liquids, sauces and soups with a cornucopia of spices and ingredients. Chicken feet alone are boiled for five hours and even then are still far from finished.

In a restaurant, you don't order individual dishes but a culinary landscape; there is something for everyone on the table, no one is favored or excluded. That meals often take place at a large round table with a lazy Susan in the center, inevitably leads to what Lucius Burckhardt once called "conviviality": a communicative and free form of social interaction. It is for this reason that Chinese mealtimes always go hand in hand with very lively, at times very loud conversation, and a lot of laughter.

Most restaurants have a large hall filled with tables for groups of up to four people, larger groups are given private rooms, where they can be among themselves, and in more exclusive eateries these even have their own restrooms. On official occasions the head of the table opens the dinner, though this is mostly a pleasantly informal gesture. If you are a guest yourself, you can expect to toast them shortly afterwards. To do so you stand up, hold the glass in both hands, whereby the left hand takes on a rather symbolic function. This gesture is a symbol that one is unarmed, a sentiment still contained in our customary hand shake, and happens whenever an object is handed from one person to another; be it the exchange of business cards or a waiter giving a customer their change; the Chinese always use both hands, or more precisely: show them. In a very common gesture of hospitality, guests are offered cigarettes, whereby the cigarettes are taken out of the packet one by one and handed to each guest with both hands.

Let's get back to table ... Orders are made from the menu or simply by choosing from you see in front of you; some restaurants arrange their dishes in a display close to the kitchen. The waiter then leaves a list of what has been ordered on the table. To start the meal, tea is always poured by the waiters, whether your chopsticks are already laid out or have to be unwrapped depends on the standard of the restaurant. If there are fabric napkins, they will be laid out diagonally with one corner underneath the place setting holding it in place. This means that you have the serviette's full expanse at your disposal and also ensures that it doesn't fall on the floor whenever you have to stand up, which happens quite often on official occasions, for it is protocol to go around the circle and personally toast each individual.

The dishes ordered are firstly placed on a serving stand, then the waiting staff takes over and lays the dishes on the table; each item is struck off the order as it arrives. Dishes based on soup and those involving multiple elements are served in large bowls to be ladled out into each person's individual bowl. The order of the courses is relatively arbitrary; dishes simply appear on the table as of when the cooks have finished preparing them. There is no starter, main course and dessert as we know them, but there are cold and warm, large and small, and of course sweet dishes; you eat how you want to eat. Rice, when at all, comes at the very end, not infrequently intended as a filling add-on. It is very unusual for bowls and plates to be completely empty at the end of a meal.

On some occasions, there is a short cigarette break; a smoking ban has also been in force in Chinese restaurants for around a year now, though in most cases it only applies to certain areas, otherwise – much to the dislike of political forces there – China is still a country of smokers.

Dishes are prepared using chopsticks, but hands likewise come in useful here and there. Eating with chopsticks forces you to the hold the bowl close to your lips and, depending on the consistency, shovel the food into your mouth with the sticks. In doing so, you adopt a posture that would be rather frowned upon in our own culture. Bones, shells and anything else that isn't edible is placed on a small side plate; in more up-market restaurants waiters clear these away regularly throughout the meal.

Certain dishes can most probably trigger anything from disconcertment to disgust in foreign visitors: chicken feet, snakes, jellyfish, duck tongues or the like. And I will admit there are ingredients and preparation techniques that can be something of a challenge for us Westerners. But it is mostly down to the visual image, pictures stored in our minds. For there is not rational explanation as to why we can appreciate the culinary qualities of pig's feet, brain soup, kidneys and ox tongue in our home country, but find them completely revolting when abroad. Picking out a live snake with the chef, discussing how you would like it cooked and how much you want, bears little difference to "enlightened" Europeans who buy chickens directly from their organic farmer. We have become used to the abstract nature of our food and meals, which protect us from the confrontation with that which we are a really eating.

First and foremost, Chinese restaurants are places to eat with family and friends. Once the meal is over, it is not customary to linger in the restaurant but rather to move to a bar for example. Each item on the bill is checked before paying. In China, waiters don't receive or indeed expect tips, neither in restaurants and cafés nor in a taxi. Although it may have been left behind in the best of intentions, change – even in the smallest amount – will brought out after you.

Here, many everyday situations highlight the process of civilization in Europe and its role in the formation of our customs and norms, how historical they are, and how implicitness can all too easily be regarded as certainty: we could do it all very differently too. Viewed in this light, life in China is a constant reconstruction of cultural character codes. In the perception and decoding of these symbols, you constantly have one eye on your own cultural disposition in the mirror of retrospect. Observing and experiencing such "reconstructions" in the world of food is the most enjoyable form of empiricism, culinary as well as semiotic.

Egon Chemaitis was professor at the University of Arts Berlin until 2011 and directs his own design-studio in Berlin. 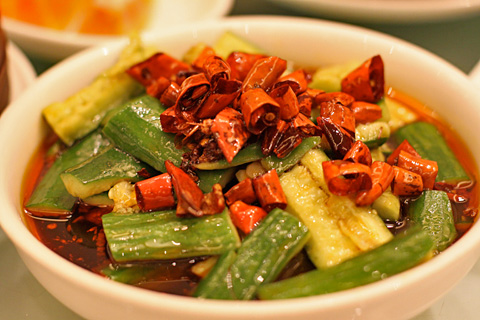 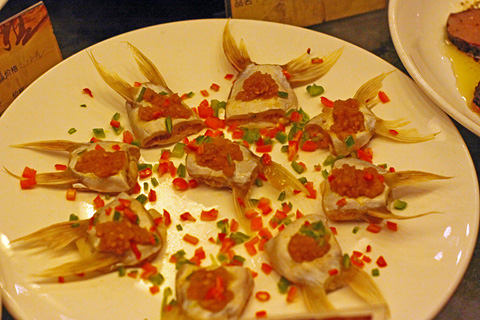 It is unusual for bowls and plates to be completely empty at the end of a meal, photo © Egon Chemaitis 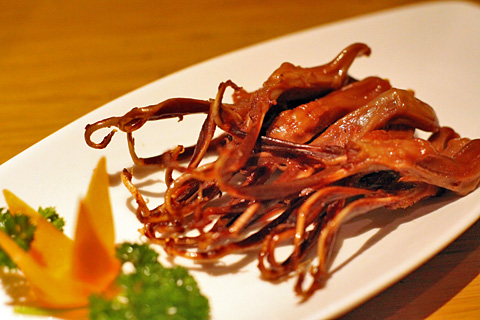 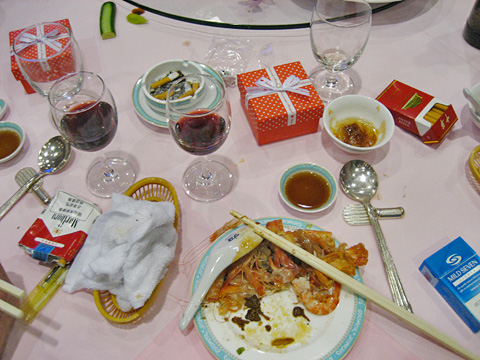 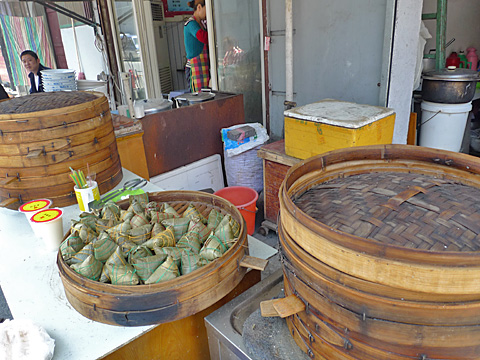 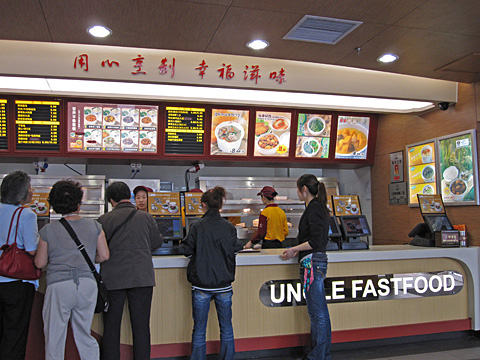 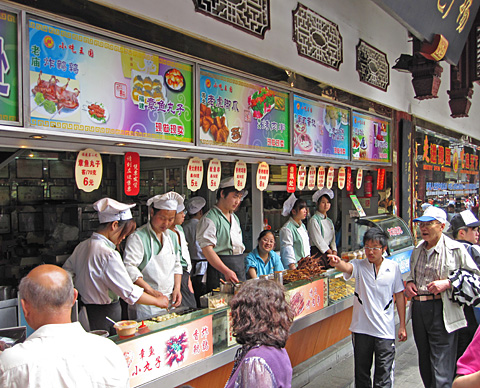 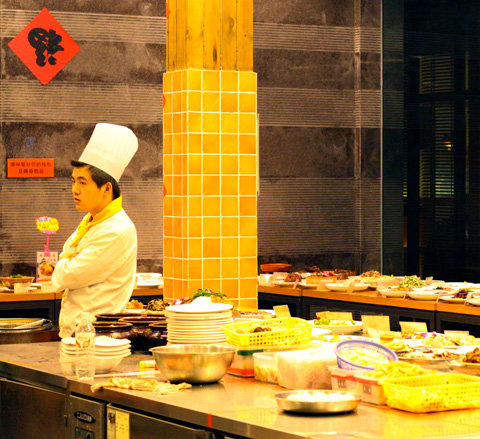 There is no starter, main course and dessert, but there are cold and warm, large and small, and of course sweet dishes, photo © Egon Chemaitis 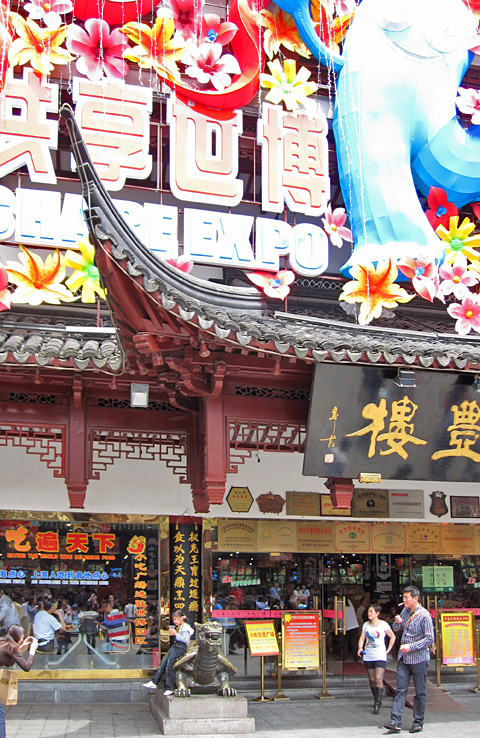 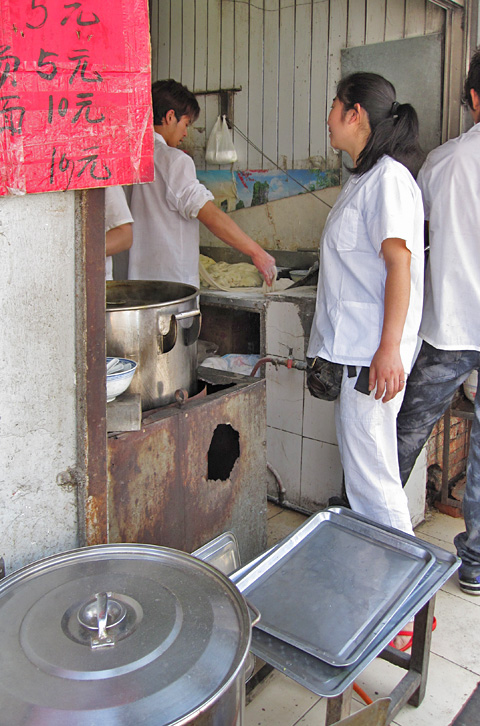 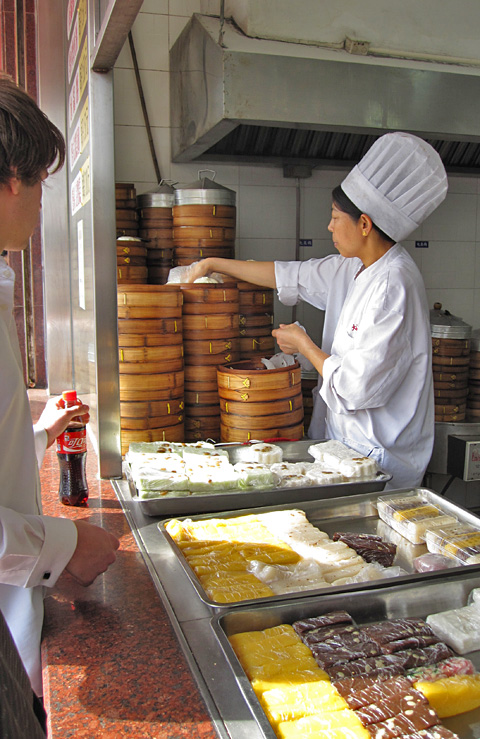 Eating: down to the visual and image, stored in our minds?, photo © Egon Chemaitis 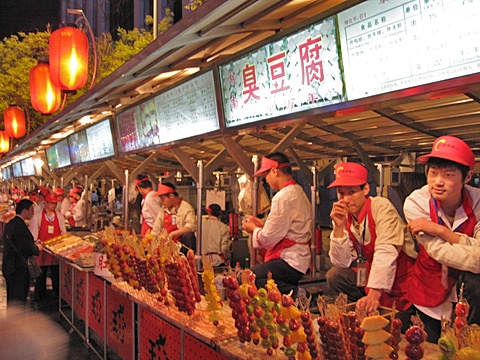 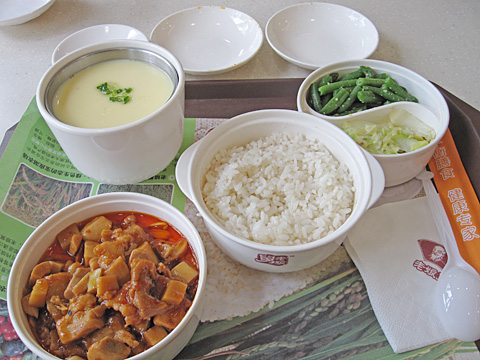 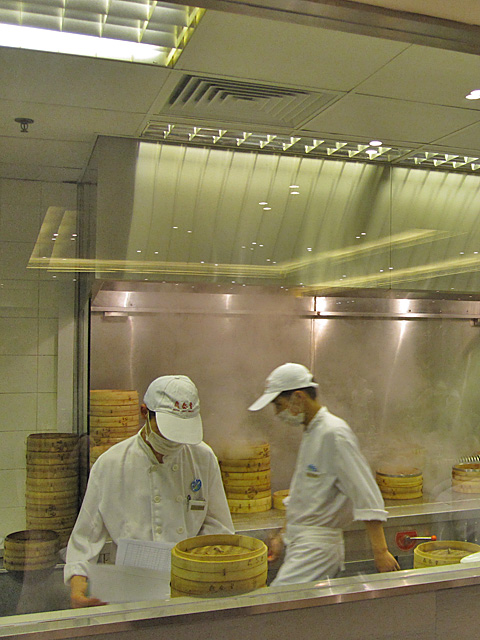 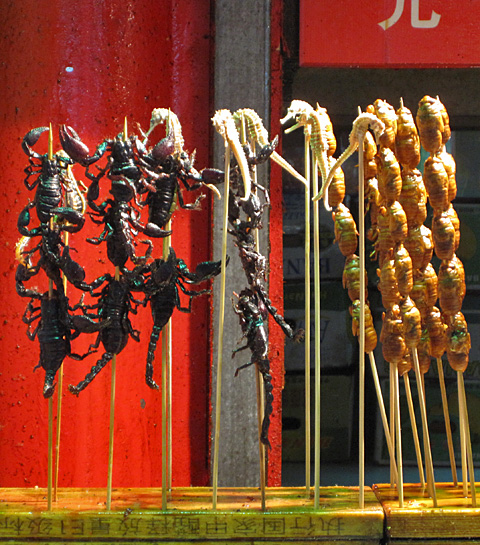 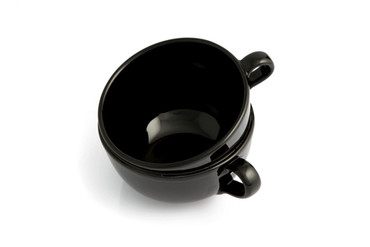 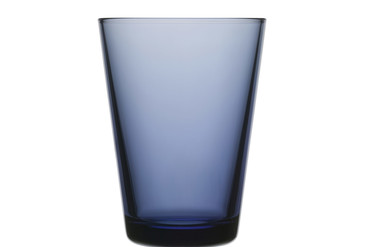 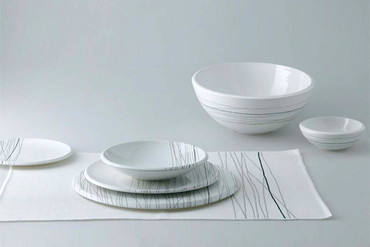 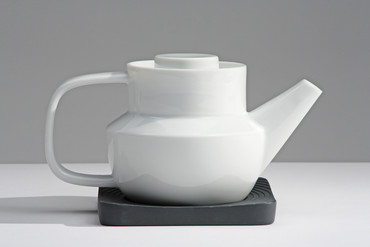 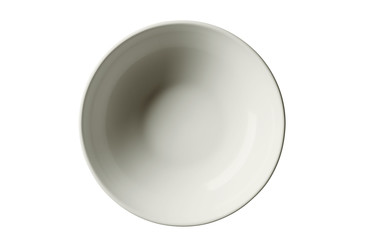 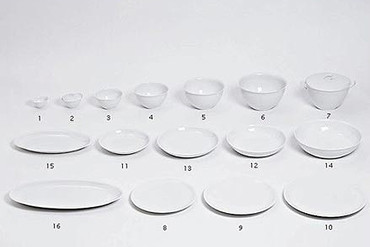