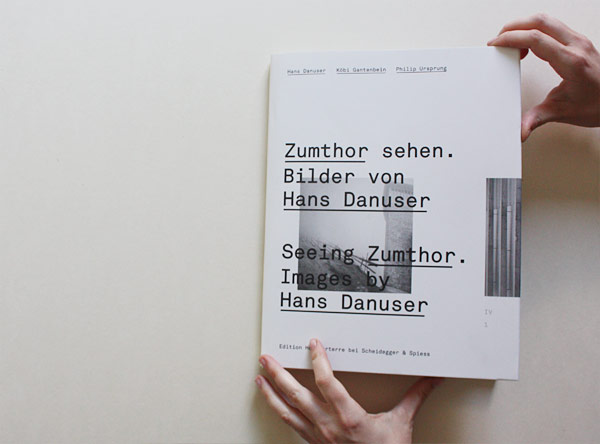 In actual fact, you cannot photograph the Swiss architect Peter Zumthor's buildings. They have something completely unique that a camera can barely capture, something that essentially you cannot even see with your eyes alone. You have to sense, hear, smell and feel the presence of these buildings. In short, you have to experience them.

Those who did not breathe in the scent of the freshly felled wood from which the Swiss Pavilion was made at Expo 2000 in Hanover did not really experience this temporary exhibition building. Those who have not heard the water in Zumthor's Therme Vals spa in Graubünden rush and fizz and splash and sometimes drip quietly cannot even imagine the fabulousness of this artificial grotto. And those who have not stood in the Bruder Klaus Chapel in Wachendorf in the Eifel mountains and felt the intense closeness of this rugged space and its materials will not understand Zumthor's architecture in the slightest.

The Swiss photographer Hans Danuser has responded to this difficulty of taking photos of Zumthor's buildings with an image strategy that is as daring as it is consistent. In a small, but impressive series he completely dismisses documenting the buildings. He does not try to reproduce them, neither does he attempt to capture their unconventional beauty, at least in a picture book-like way. Thus the sun does not feature in any of the photos, there is no eternally blue sky, no picturesque landscapes with houses dotted here and there as though they have been deliberately arranged. This is particularly noticeable in the photos of the Therme Vals and the chapel "Sogn Benedetg" in Graubünden. It is as though the spectacular mountain panoramas surrounding them have been programmatically removed from the pictures. As the Zurich-based art historian Philipp Ursprung writes, Danuser has literally taken his photographs "with his back to the view".

Danuser's black and white photos, which the architect himself expressly requested as early as 1987 and 1988, are much more analytical. Firstly analytical in that they break down Zumthor's buildings into sections and details in order to find out how they are constructed and what materials and techniques they use. But above all analytical in that they not only show surfaces, but on very close inspection also reveal something of Zumthor's thinking, his architectural strategies, the recurrent layering principle for example, or reflection on the connection between building and time and, especially, the significance of light in an architect's work.

This became inescapably clear, for example, when Danuser photographed Zumthor's spa in Vals at a point when all the pools were empty and the constant wetness was only present in rivulets and tiny puddles. This divested the building of its function in a sophisticated way, alienated it and at the same time, and it was this that was very important for Danuser, it avoided all reflections from the water. The pure space emerges with its layers of stone and the architect's precisely calculated light effects. It is anything but distanced: Danuser's pictures are full of sanctity and dignity. The series of photos of the spa celebrates rather unashamedly the magical, inward-looking, compelling qualities of this damp cave.
The photographer went a notable step further when he approached the protective buildings in Chur that Zumthor constructed over Roman excavations there.

Danuser's pictures show nothing of this protective covering. They show only the archeological finds themselves, while the architecture is blanked out, or to be more precise, it is present only indirectly in the subtle interplay of light and shadow over the excavation site. Danuser tried to make the invisible visible, writes Philipp Ursprung, who has focused intensively on Zumthor's work for a long time, in an intelligent, sometimes very subjective essay on the photos and their history of impact.

These pictures are now 20 years old, yet they have lost nothing of their power. Initially shown in several exhibitions and subsequently printed in the magazines "Du", "Ottagone" and "Domus", Scheidegger & Spiess have now once again published them in a wonderful volume of the new "edition hochparterre", complemented by an interview with the photographer and Ursprung's essay. In it, the art historian, obviously impressed, writes that Danuser's pictures of Zumthor's buildings have radically changed the conventions of architectural photography. Whether that it really the case essentially remains to be seen. For it is certainly true that they give a unique visual form to Zumthor's architecture, perhaps in the only way that befits these buildings. 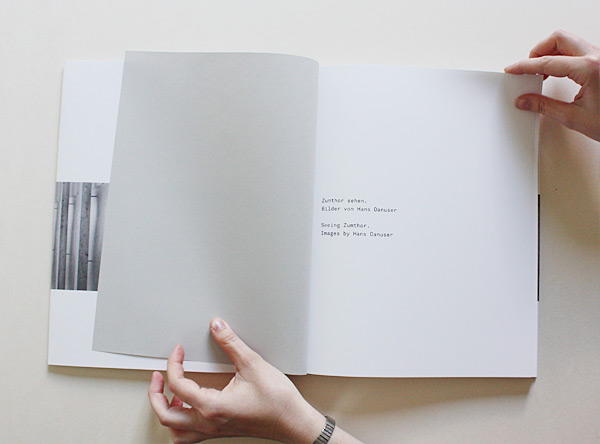 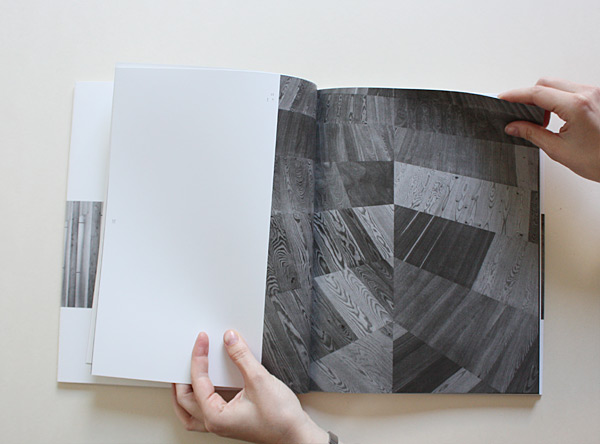 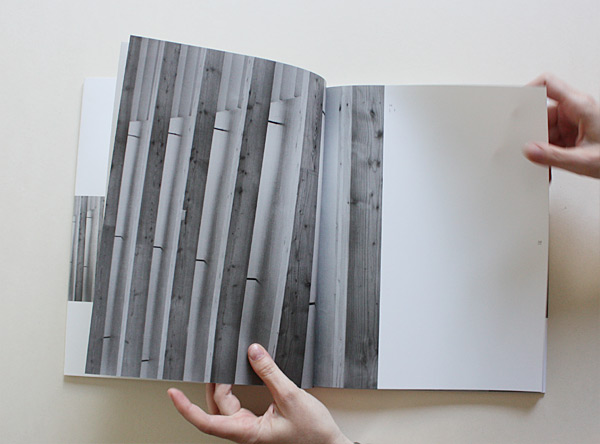 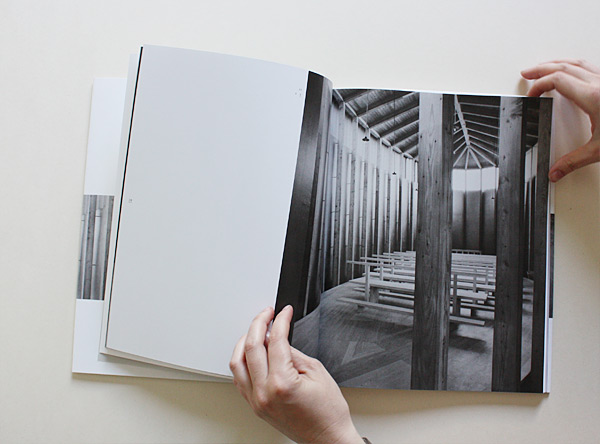 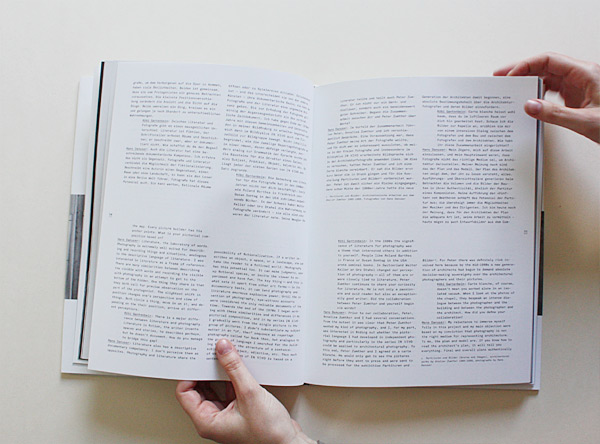 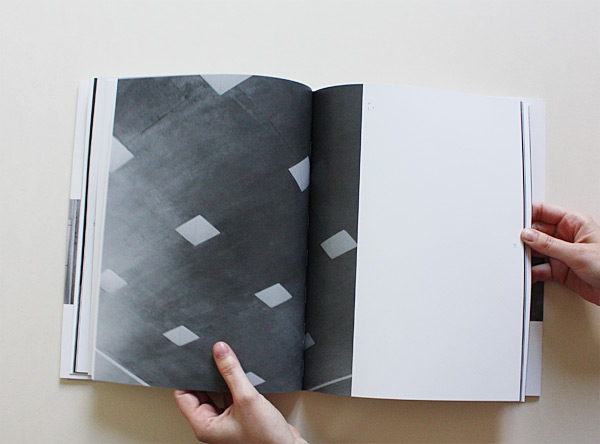 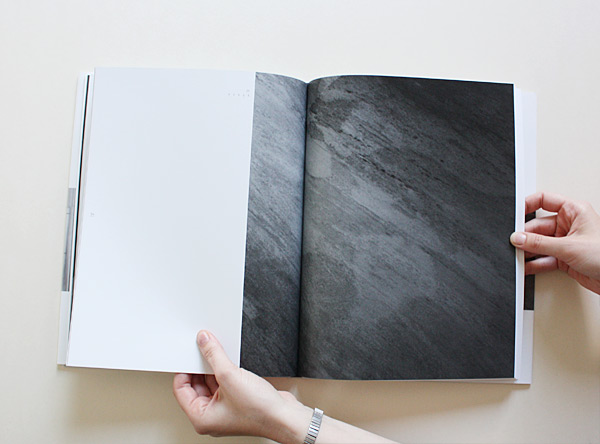 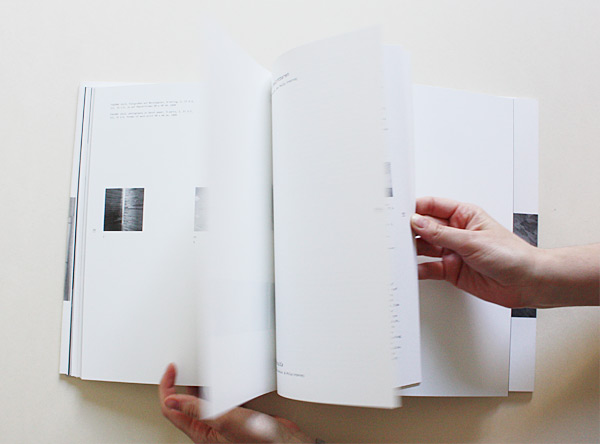 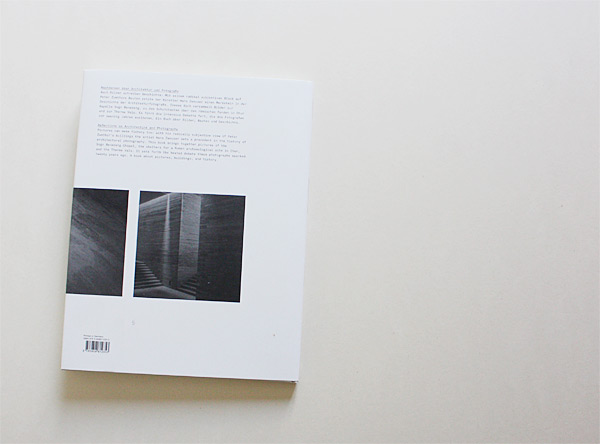