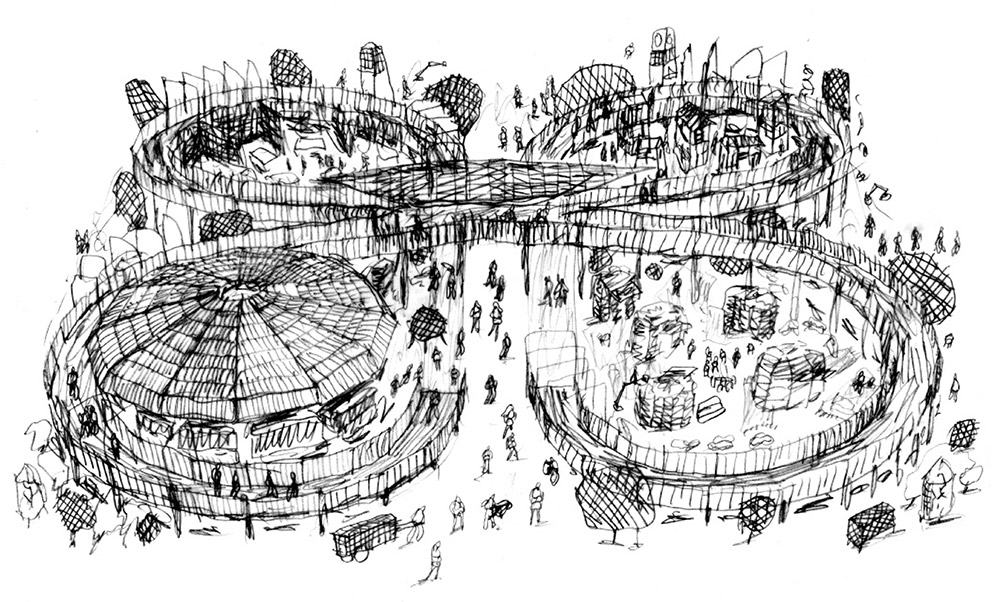 This year’s Salone del Mobile is being accompanied by the Salone Ufficio – the office furniture trade-fair that comes complete with the somewhat over-trendy name of “Workplace 3.0”. Although after touring the fair halls it will still a bit hard to say what exactly that third version of workstations would look like. If only perhaps because workstations 2.0 and 1.0 are not really defined entities either. Is the one a desk in an open-plan office or working tucked away in a cubicle? Is a slot at a conveyor belt one of those workstations, numbered from start to finish?

Be that as it may. What counts in today’s work world, or so the media and the corporation claim, is creativity. And what you need for creative activity is highlighted in the vey name of De Lucchi’s installation at the Salone Ufficio: “La Passeggiata”. The walk is meant to visualize what the work world needs given changed working conditions, such as digital technologies and new processes. To this end, De Lucchi casts a glance back in time and at the Greek philosophers: “The Sophists wandered from place to place, teaching wherever they stopped. The Stoics discussed things while strolling beneath Athen’s portico,” is how De Lucchi describes Raphael’s fresco “The School of Athens”, which so inspired him. That said, Friedrich Nietzsche, Friedrich Hölderlin and Thomas Mann all set great store by walks, which allowed their thoughts to circle in orbits of its own. And so it is that this is exactly what you can primarily do in De Lucchi’s “La Passeggiata”: stroll. (Now, if that isn’t Working 0.3!) The leisurely ascending walkway that traces the shape of a four-leaved clover, floats in the middle, where the sections of the cloverleaf join, a good three meters above the ground, giving you a great view out over the trade-fair hustle-and-bustle. A marvelous place where it’s great to wander, tarry, and each time you’ll invariably discover something new.

In fact, this never-ending “walk” would have sufficed as the installation. Because what the economy (which so strongly clings to creativity as the driving force of innovation) so desperately needs is: leisure. Meaning the opposite of what the sector tries to squeeze into product packs and most certainly not some playgrounds for young professionals, such as those at Google, let alone “chill-out spaces” and “communications areas” in open-plan offices. And the fine Muse will definitely not necessarily kiss the sweat-banded forehead of the brain-worker who optimizes himself by gasping away on the treadmill.

This is why it’s such a shame that De Lucchi has created zones in the leaves of the clover, which he believes should be part of the work world and (unless named otherwise) which look suspiciously like the current trends in the market. “The Club”, for example, is the name given a lounge zone in which you can chat in a leisurely setting; in the “Lab”, analog and digital manufacturing methods are housed in small workshop huts. In the leaf called “Free Man”, the brain worker meanders through a small village consisting of cells for retreats and group workstations – others call the same thing a “concentration space”. And last but not least, De Lucchi has created an “agora” to serve (what else?) as a place for debate. Without doubt, all sections are well thought through and sensitively, the ideas hardly differ from the concepts of the key office furniture makers. 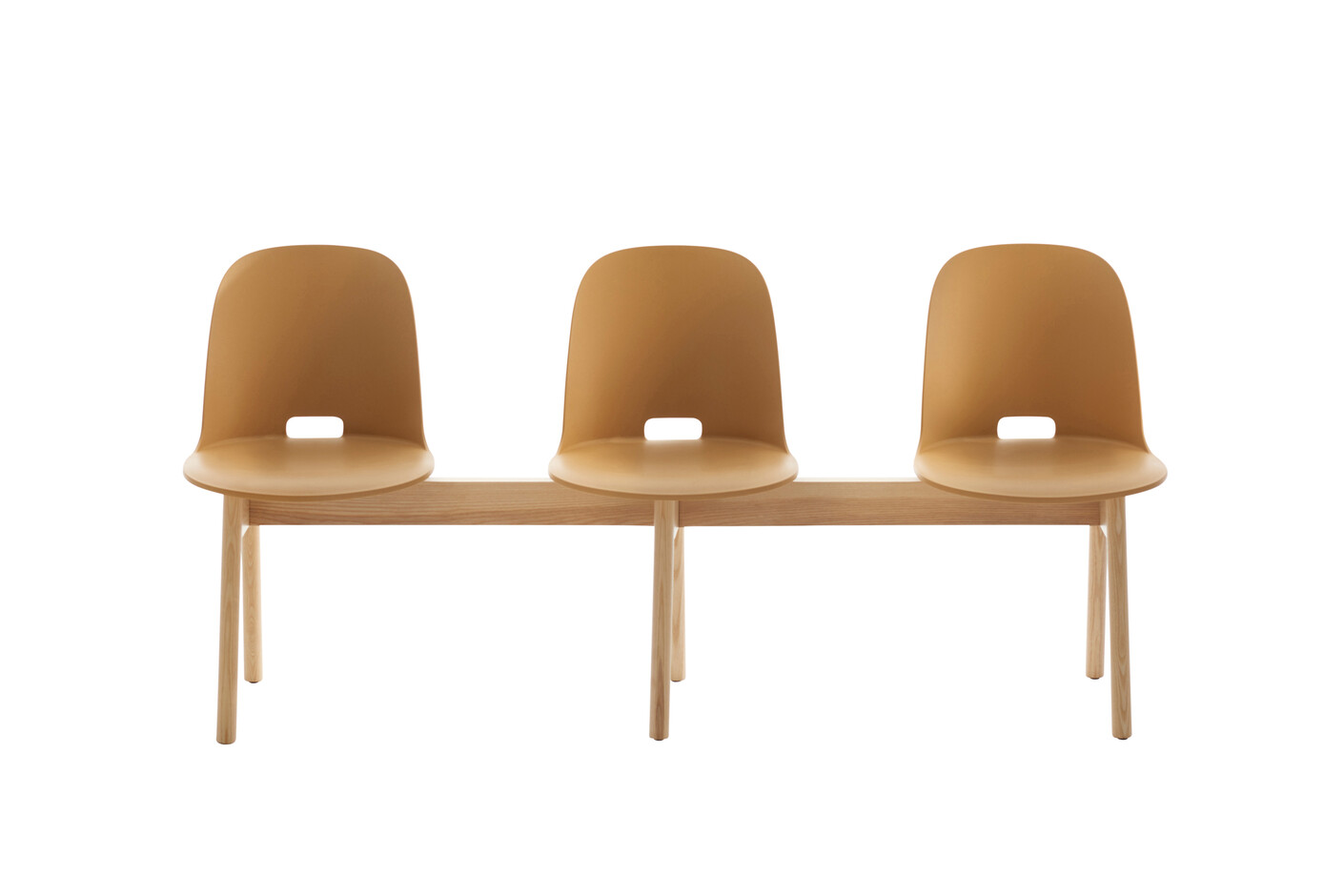 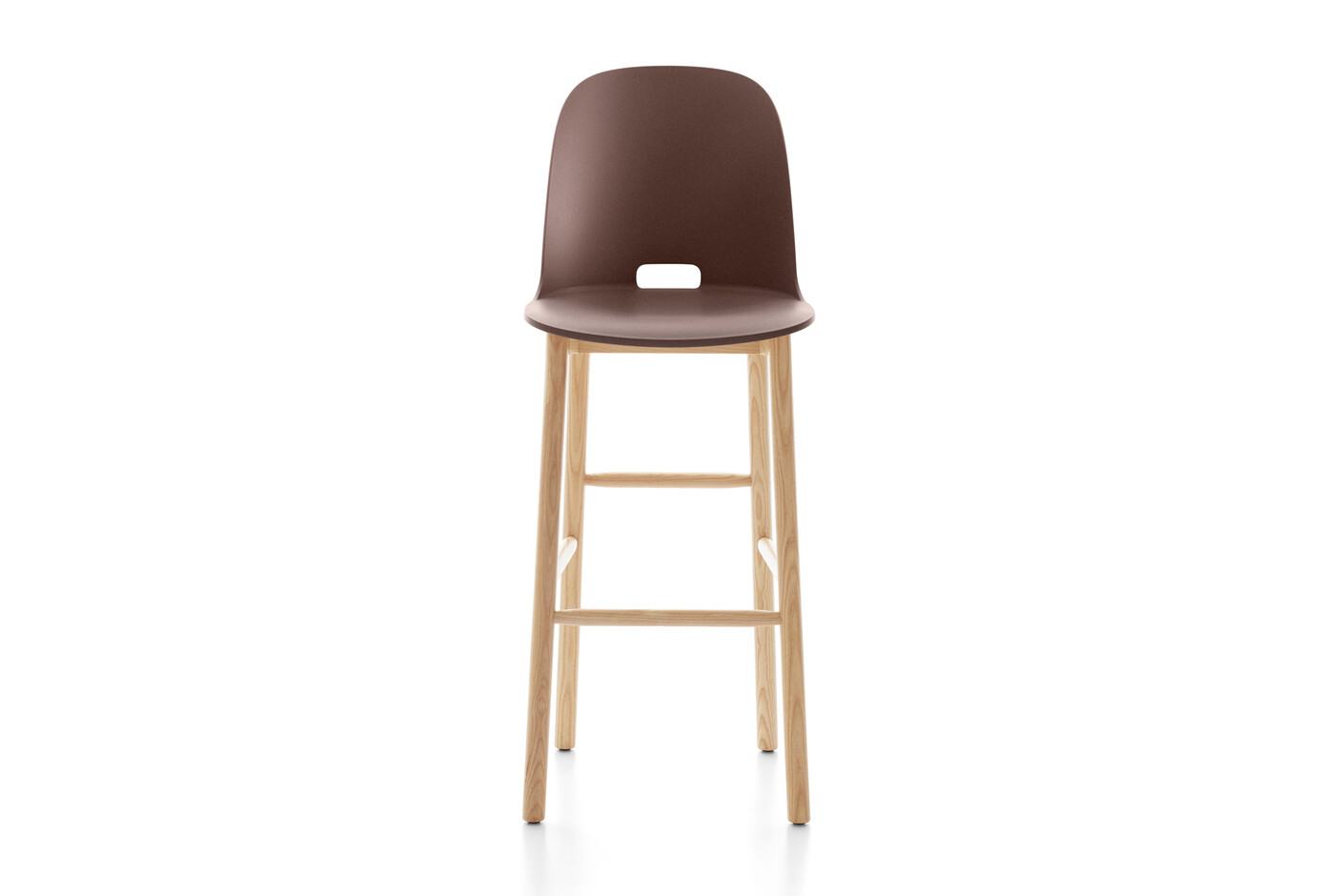 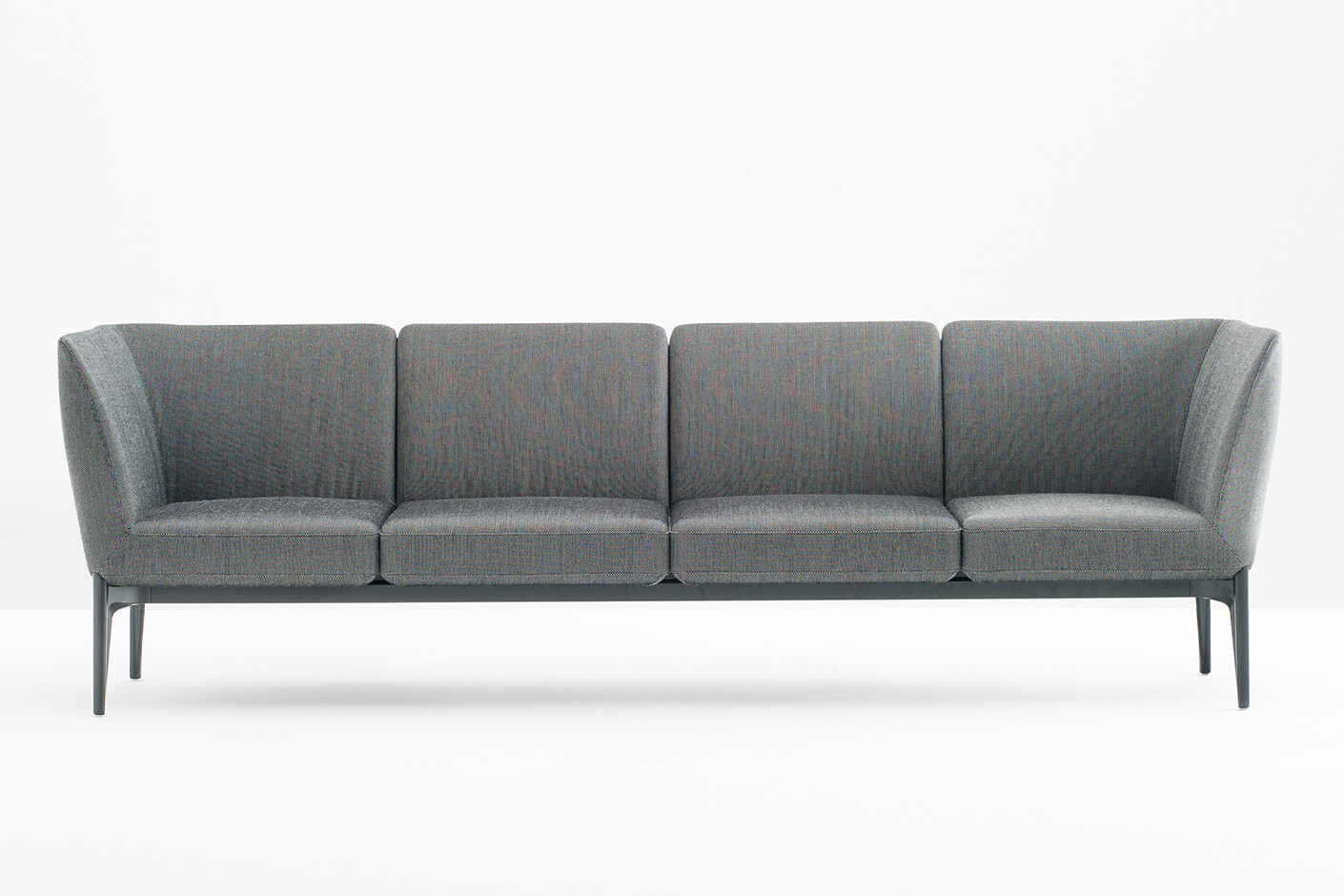 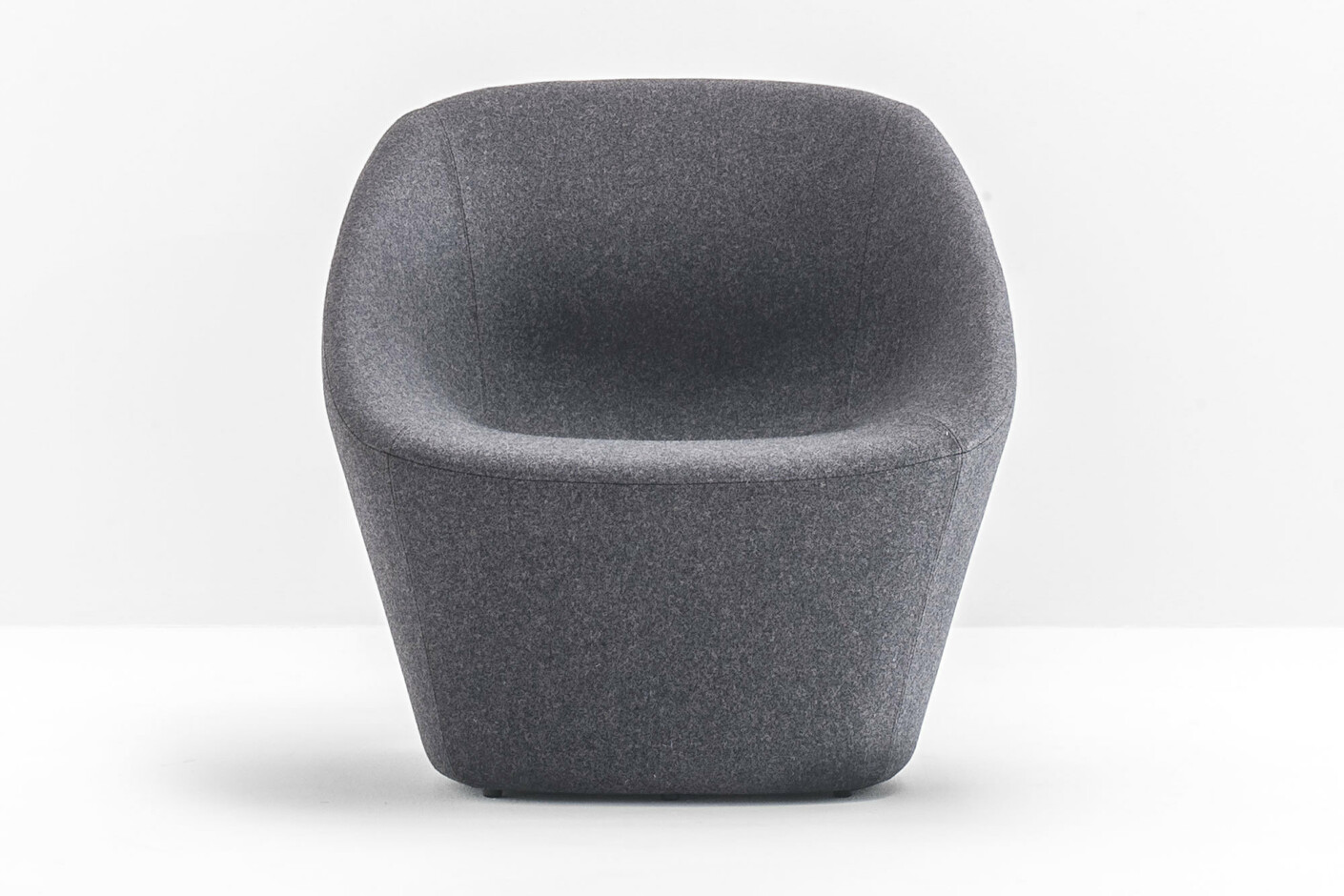 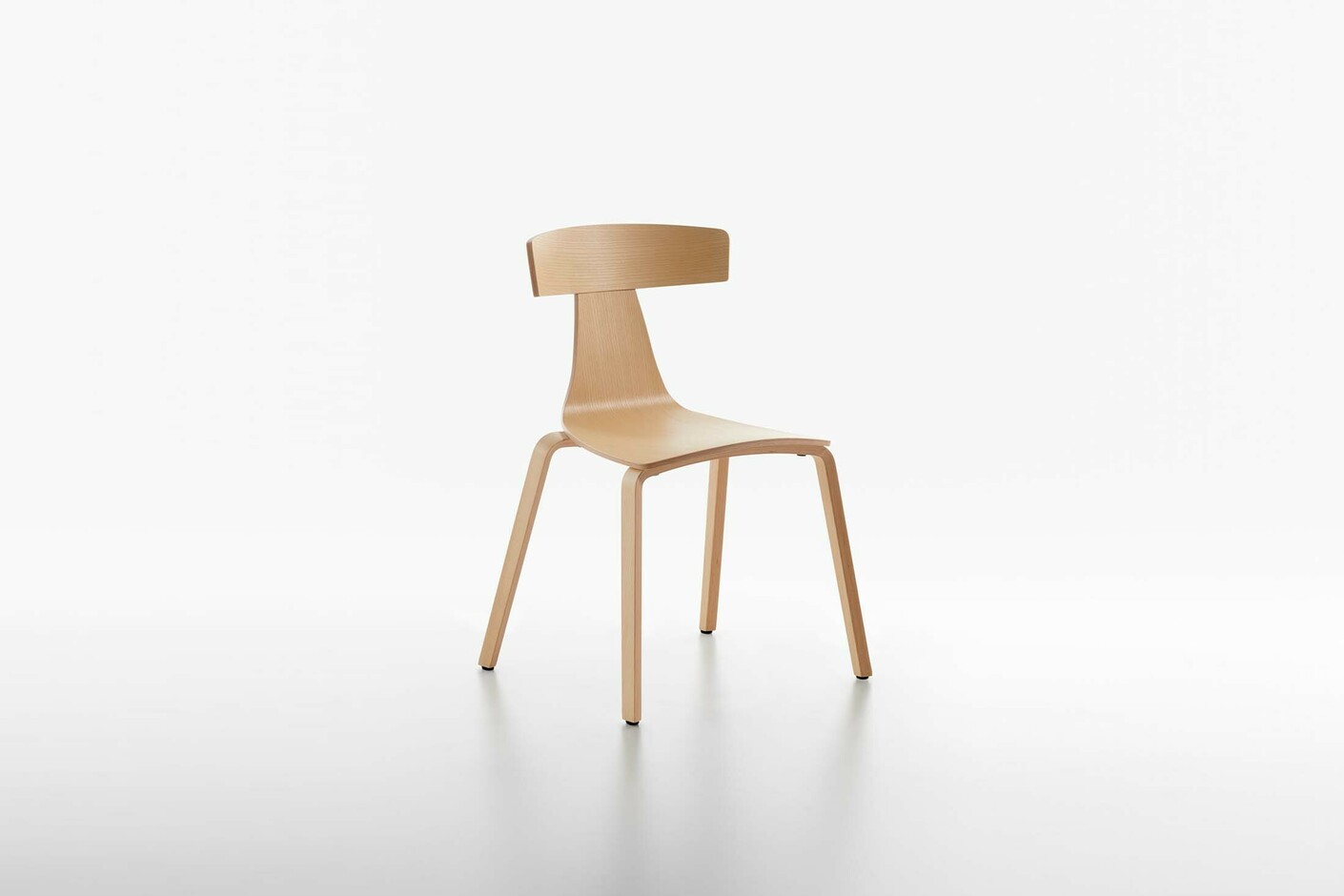 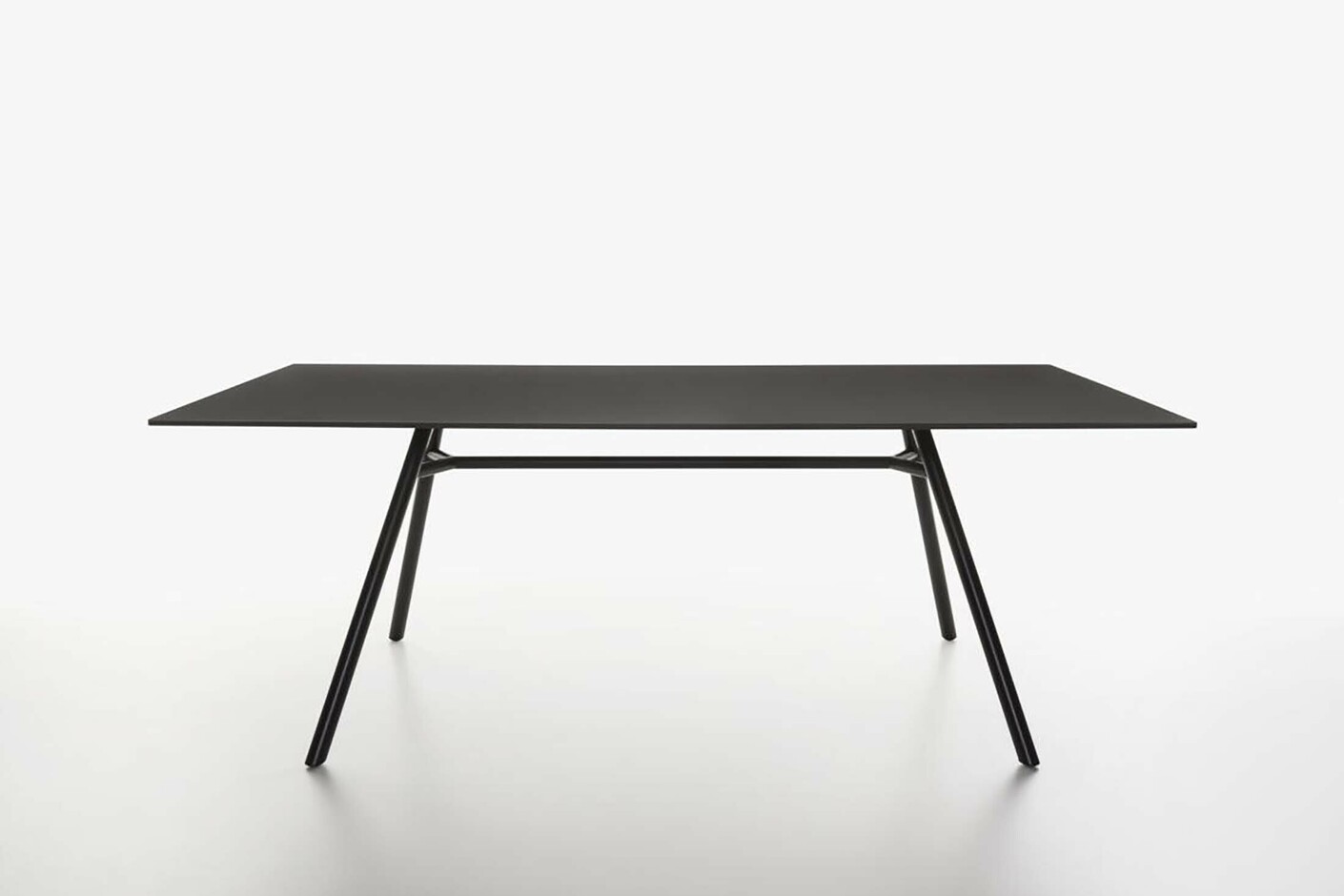 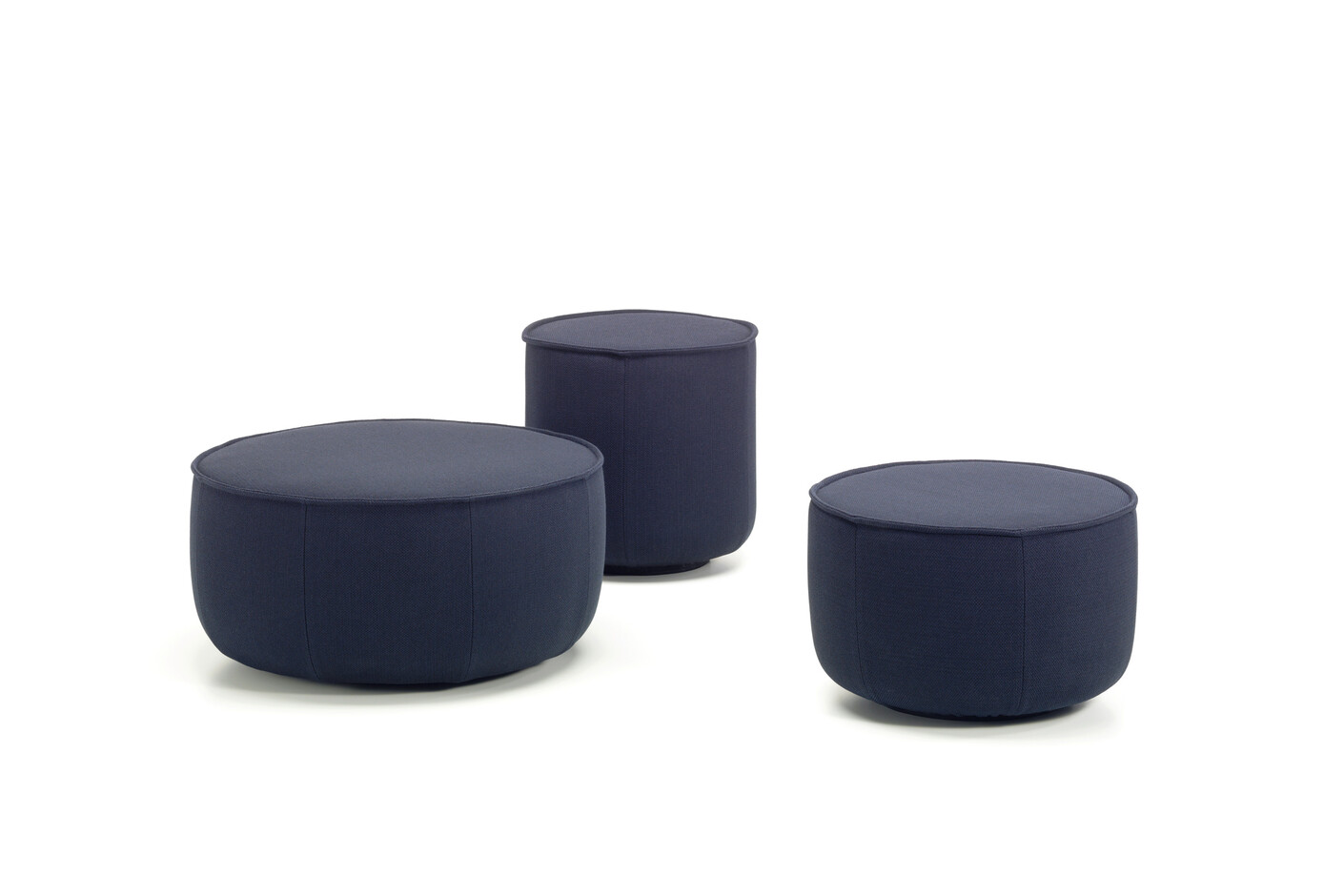 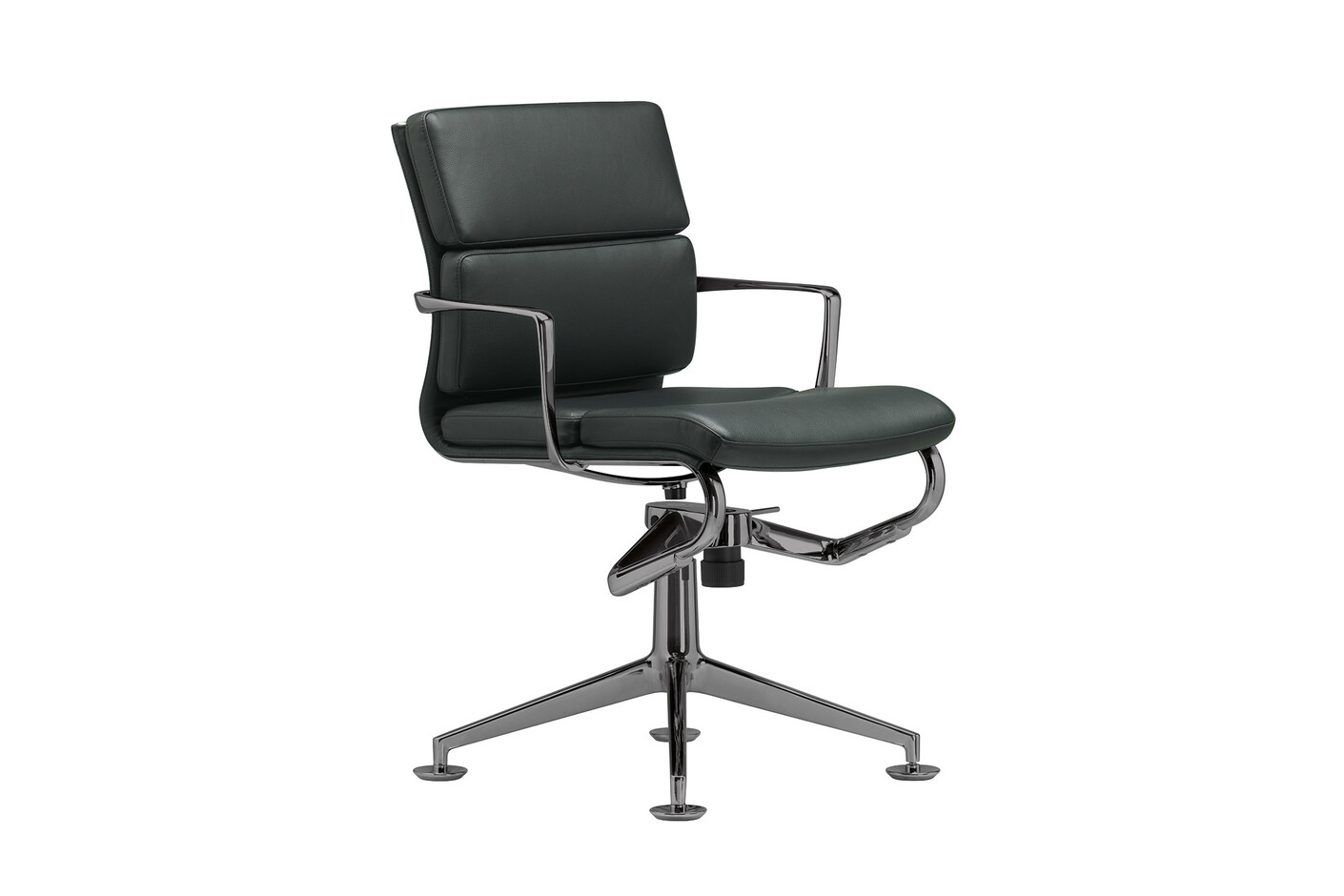 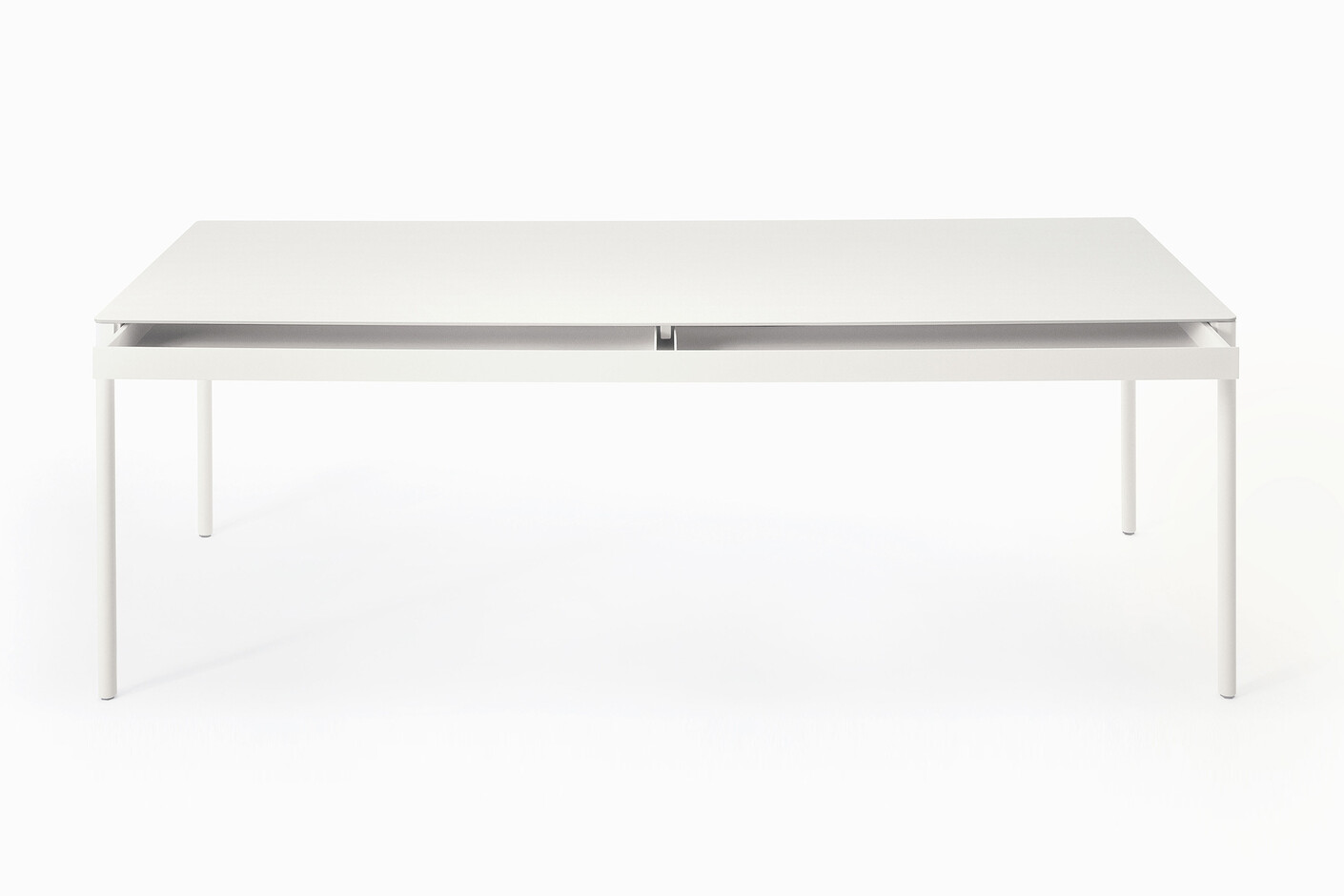 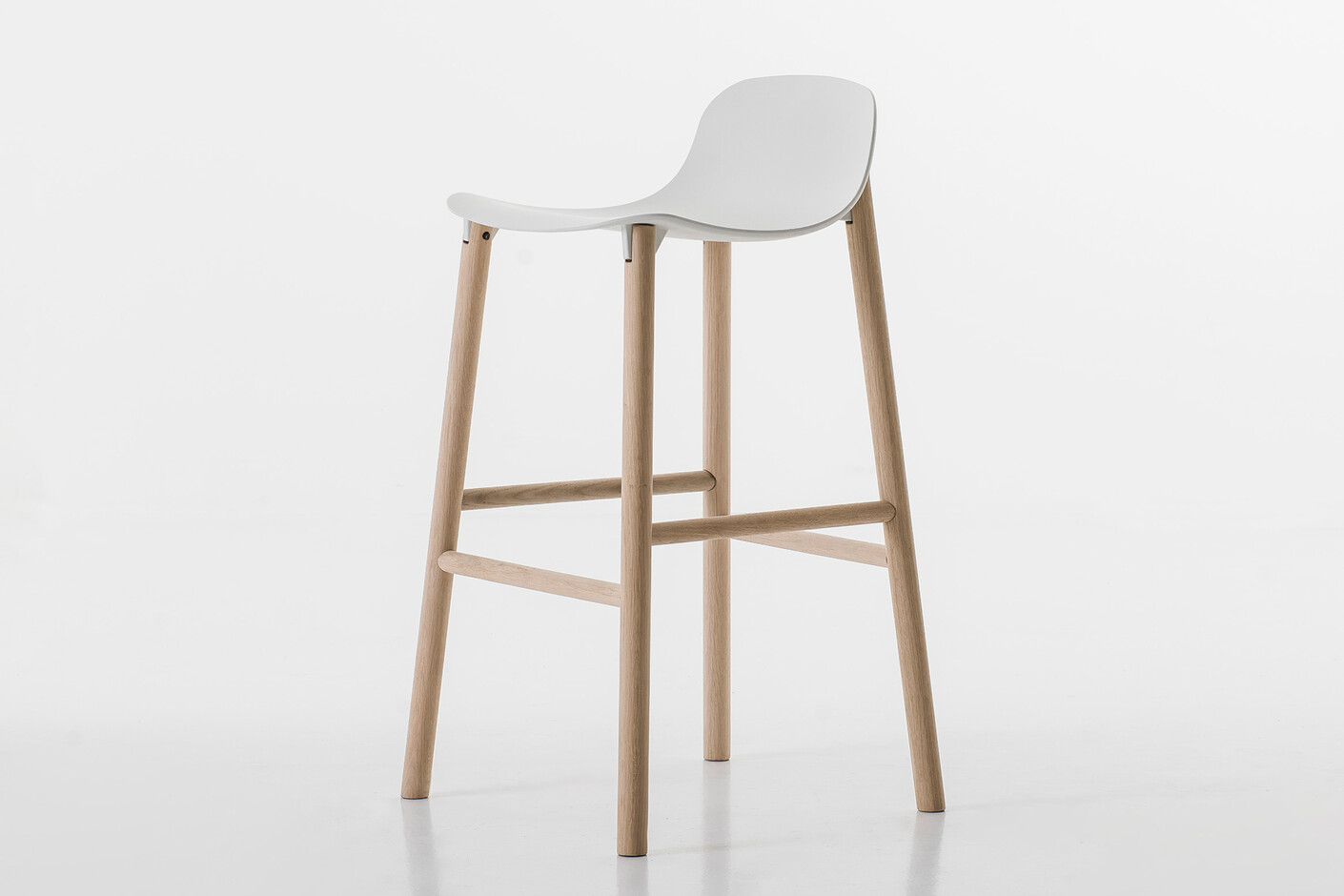 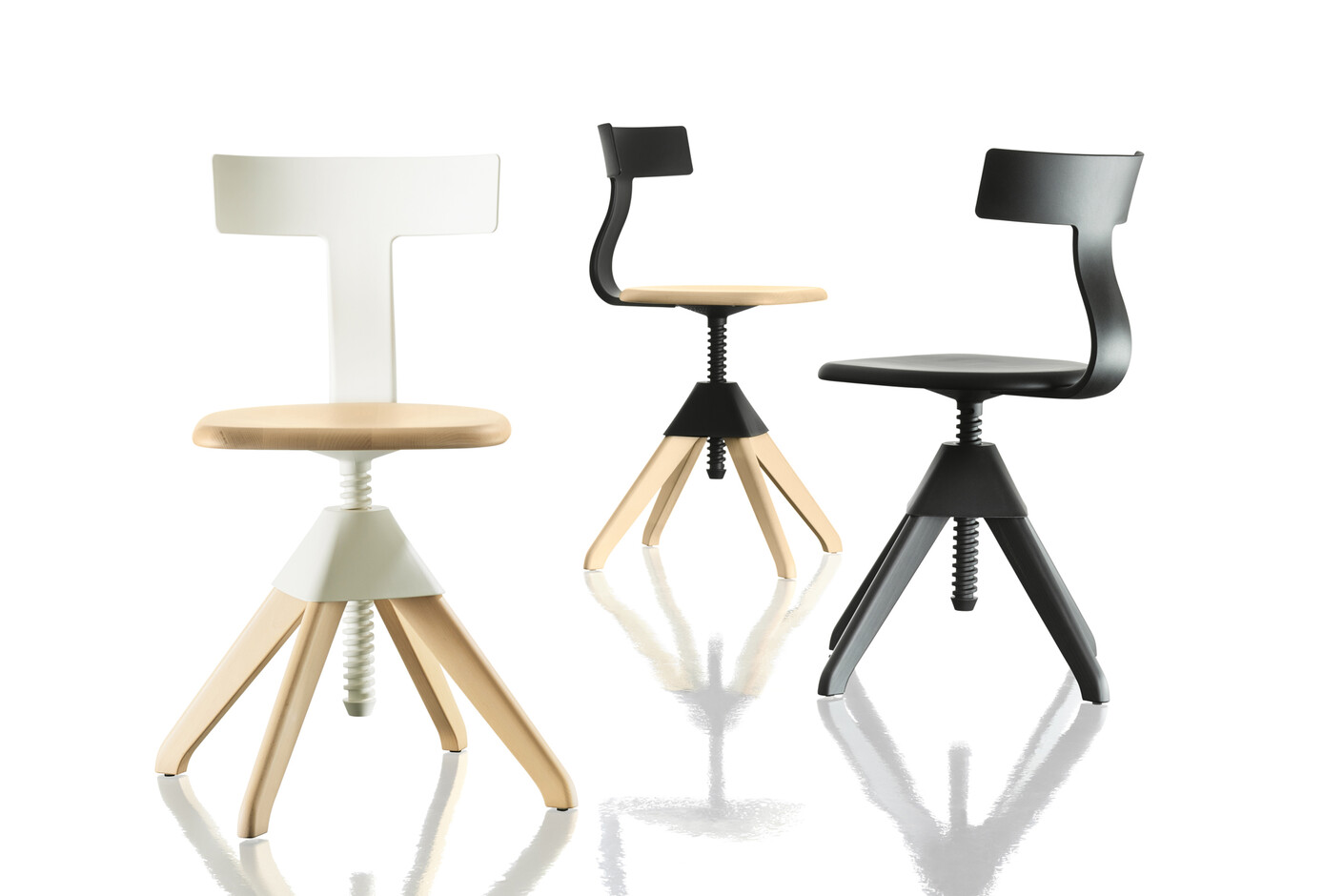