LINE is the result of the Albed company’s strong need to broaden the domestic segment. A modular system for living spaces in home characterised by a high level of adaptability.

For the 2012 Salone del Mobile furniture fair, the company is expanding

its range with a version of the bookcase that has been given a completely new, vertical look with new configurations offering different shapes and functionalities, like the low sideboard. The bookcase is designed to optimise space in small rooms and nich

es, now being narrower, with a width of L 120cm, and taller. The low sideboard, which has a set of drawers in the middle, not only functions as a storage unit that can be positioned in entrance rooms, but can also be used as a modern footboard or as a pra

The company is also presenting other incredible new products that demonstrate the versatility of this collection: from suspended features that allow you to unleash your imagination and construct your own furnished wall just the way yo

u want it, to the shelf with an audio system to provide ambient music, or the back panel fitted into the supporting structure to hold a television.

The range of RAL colours that can be used to finish off the fittings (fold-down containers, drawer u

nits, door panels) is also being expanded, as well as a new structure painted in charcoal grey as well as black and white to allow the design to be completely customised. 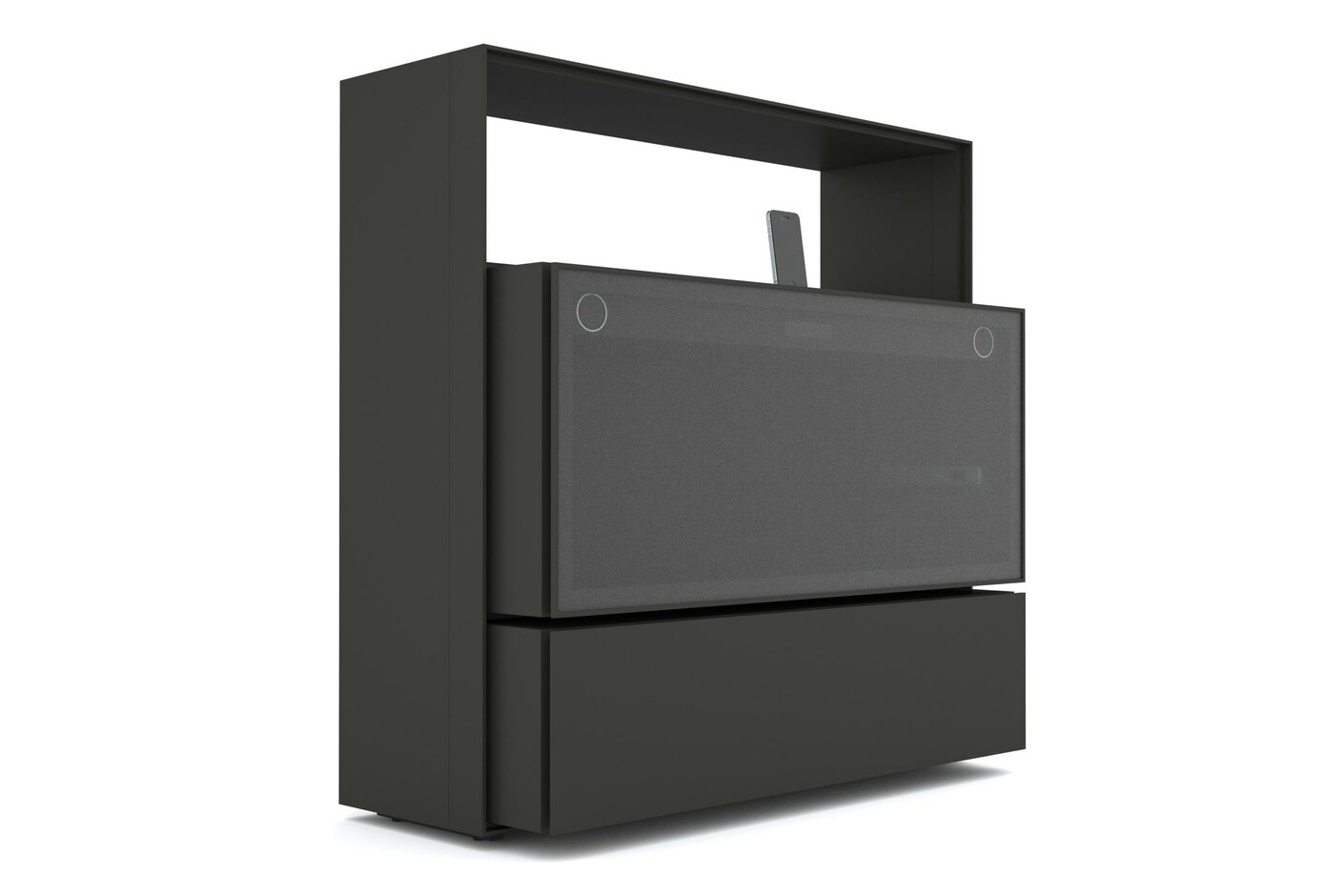 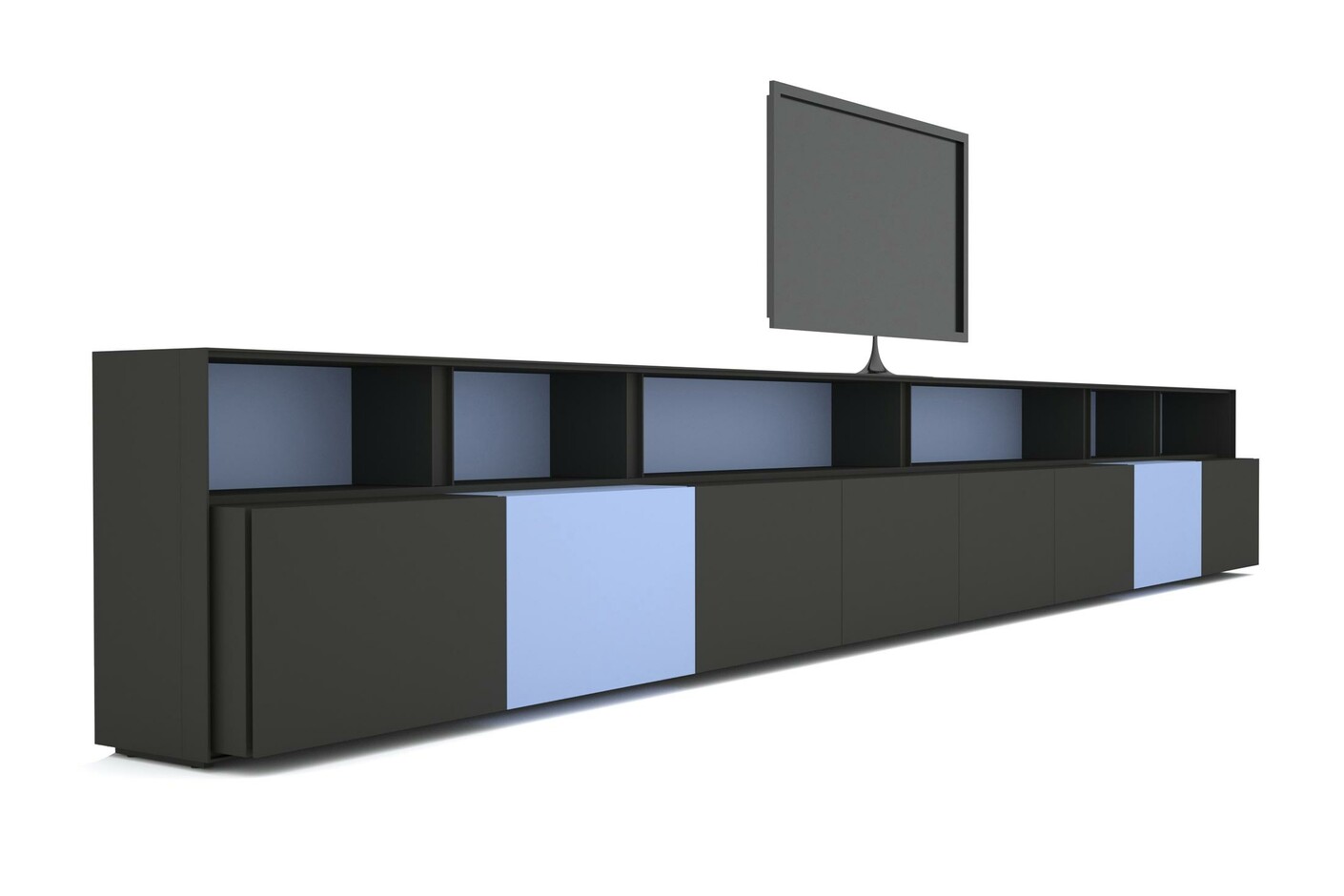 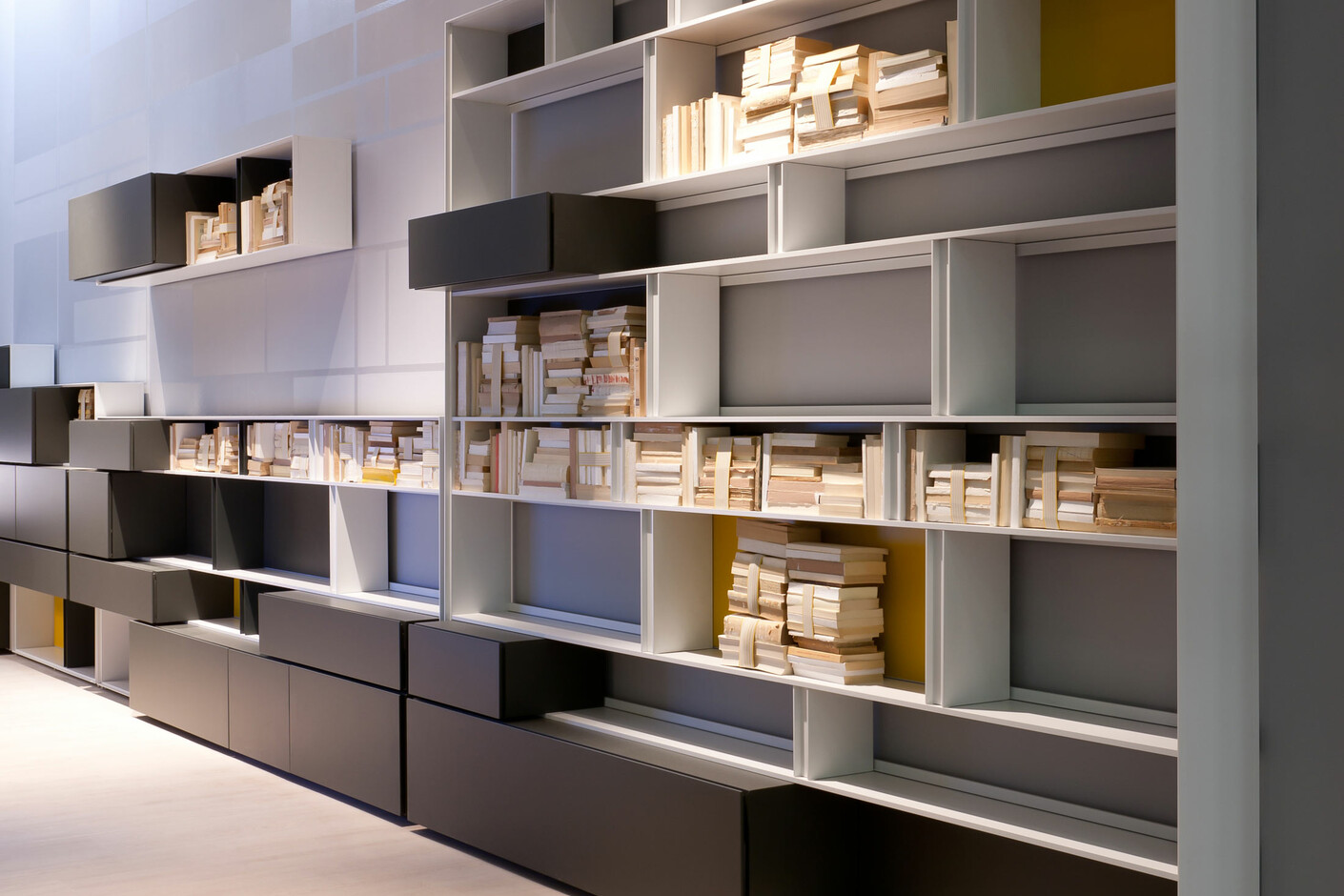 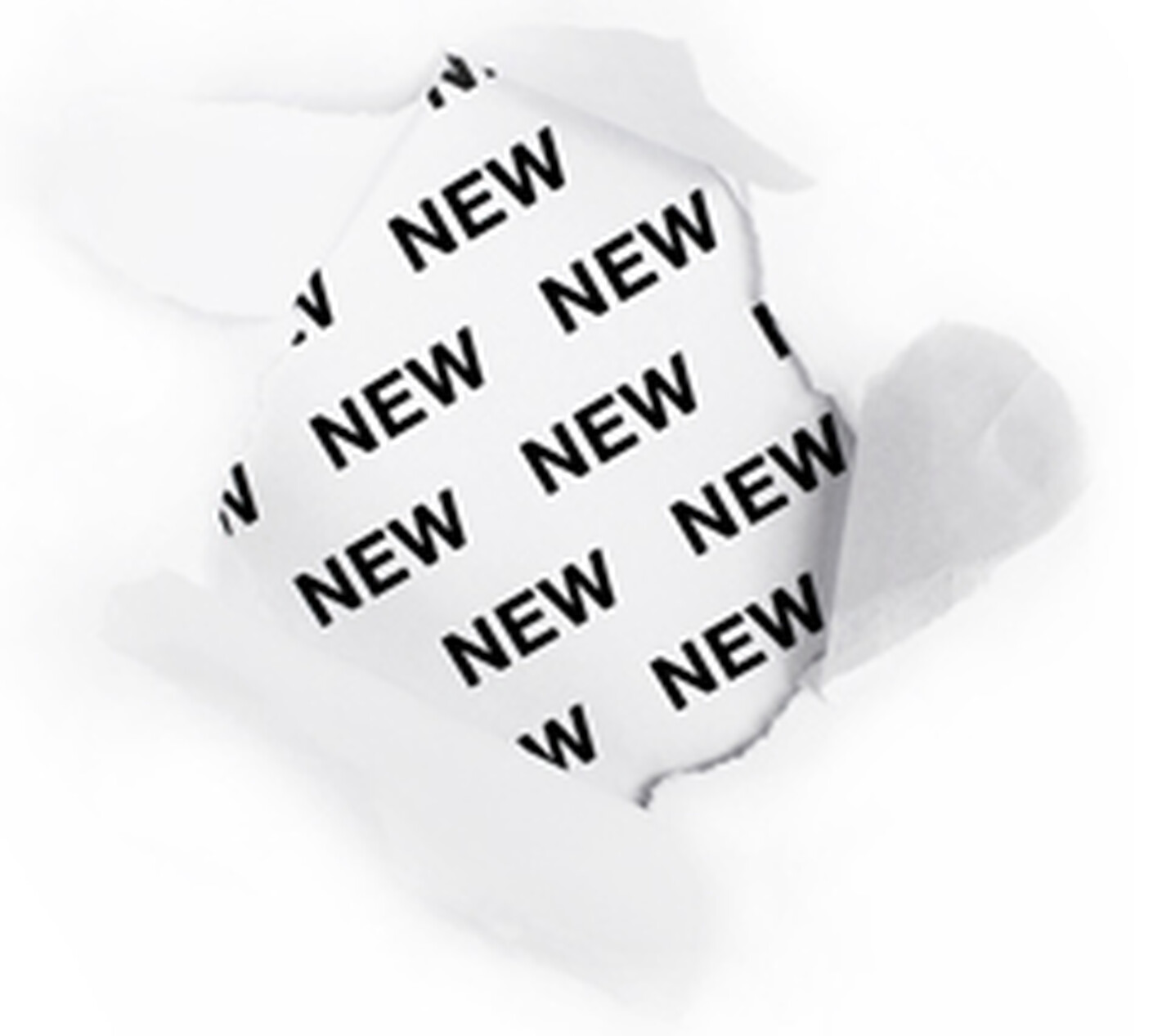