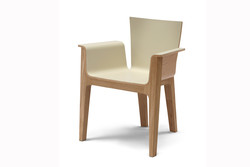 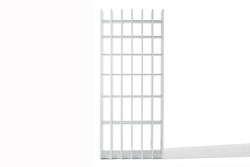 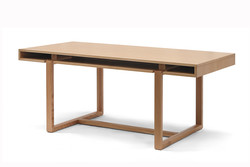 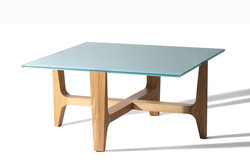 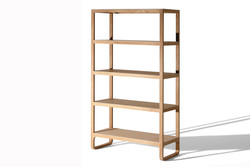 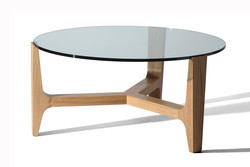 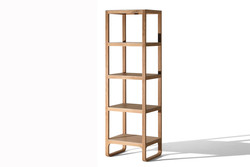 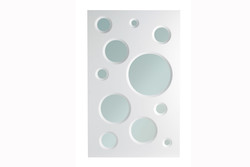 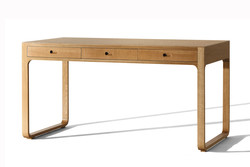 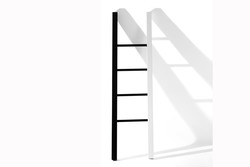 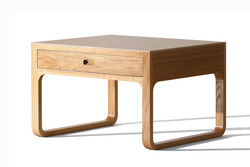 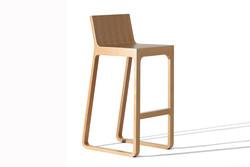 Montina dates back from 1919 when north-eastern Italy is heavily marked by war. It was founded by the three Montina brothers (Giovanni Battista, directing the business, Pierceleste as sales director and Erminio in charge of production).
Initially the company produces chairs, but also clothes hangers, clothes stands and toy hoops.
However, in 1920 the first catalogue of seatings is issued, showing 24 models from the stool to the sofa, to the "Vienna" models. Development is extremely quick and marked by increasing exportation.
In 1926 Montina participates at the Milan Fair, where Prince Umberto of Savoia expressed his appreciation to Montina.
In 1930 Montina exihibits at the IV Tripoli Fair.
In 1934 Montina becomes the supplier of International Company of Sleepers and of large stores such as la Rinascente in Milan and, from 1935 of the Ciga hotes. Montina articles appear at the Palace in Milan, at Colombia in Genoa, at the Grand Hotel in Rome, at Danieli in Venice, and from 1939 at the Quisisana in Capri.
In 1938 the international patent period opens. The first is for a foldable deck chair. The "clothes rack for church vestments" and the "dismantable camp beds" follow shortly after.
With the second world war, production is reduced drastically and, after the Liberation, Montina starts again but instead of 70 employees, it has only 20.
In 1948, Silvano Montina joins the business, dealing with technological and organisational updating, and bringing the company into the international picture, particularly in New York back in 1952 and then in Cologne and Paris. Up to 60,000 valet stands were sent to America each year: Alberto and Gino Montina also join the company. An ironing board and clothes valet with horse for children were patented.
Then in 1956, the working collaboration with designers was started, in particular with Palange and Toffoloni's Studio TiPi.
In the meantime, in 1960, the number of employees reaches 60 and the Montina products are exhibited at the International Furniture Fair in Cologne.
The following year, Silvano Montina together with other 13 furniture manufacturers is one of the founders of the Furniture Fair in Milan.
Furthermore, the Montina family promotes training in the field, having founded IPSIA and applied research through CATAS. Exportation during this period is very strong.
From 1963 Tito Agnoli designs for Montina and from 1969, Gio Ponti. The destiny that links Montina to design and the chair is definitely marked.
The seventies start with the introduction of a stackable chair by Vico Magistretti. The names of Ilmari Tapiovara, Cini Boeri, Giotto Stoppino, Silvio Coppola, Carlo De Carli follow on.
At the end of the eighties, the Masarotti family, possessing a vast experience in mass production, takes over from the Montina family as far as ownership is concerned and, follow Montina's tradition, incresing the capacity. Chairs designed by Ettore Sottsass and Eno Mari are produced.
At the same time, however, Montina is looking out for young national and international designers.
Thus, during the late eighties and the early nineties, it becomes a school for the most advanced research, formal and technological, in the design of wood.
The Group with its brands Montina, Cabas and Spai operates on the international market
(www.montina.it www.cabas.it www.spai-italy.it ) 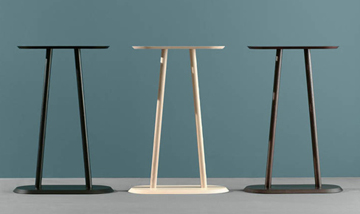 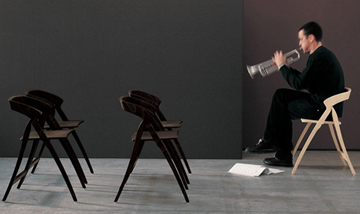 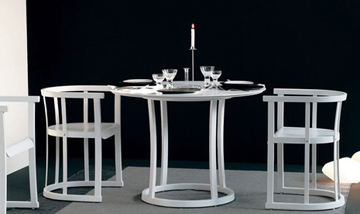