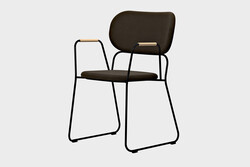 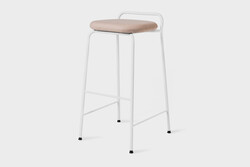 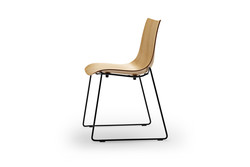 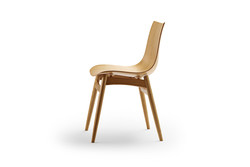 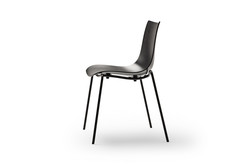 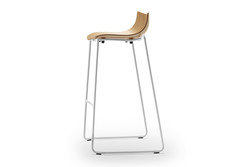 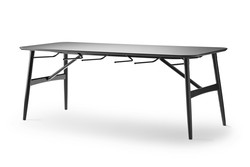 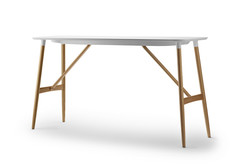 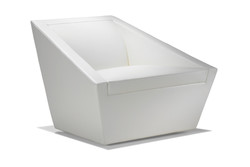 Bernhardt Design
Pilar
Biography
Brad Ascalon was born in the suburbs of Philadelphia in 1977. A first generation American, he was immersed in the world of art and design at an early age. The year he was born, his father, David, founded Ascalon Studios, an art and design firm dedicated to the creation of artwork and furnishings for worship and public spaces. This is where Ascalon eventually learned the skills of metal sculpture, stained glass and mosaics arts.

Ascalon’s first artistic vernacular, however, came in the form of music. From an early age, he played both piano and guitar, and he eventually emerged as a songwriter and composer. In the late 1990s, while writing and performing music and pursuing a liberal arts degree at Rutgers, Ascalon began to explore the visual arts. He experimented by applying his large sphere of musical influence to the canvas, particularly modern classical and jazz, ultimately becoming captivated by the vast similarities between writing modern music and creating modern art.

After graduating from Rutgers, Ascalon moved to Manhattan and while continuing to paint, he worked in both advertising and the music industry. Motivated by his desire to think more abstractly, he changed course and pursued a Masters’ degree in Industrial Design at Pratt Institute. While obtaining his degree, Ascalon held a number of design internships, including one at the studio of world-renowned designer Karim Rashid.

Over the past two years, Ascalon has been published in Wallpaper* Magazine as one of the top ten up and coming young designers in the world (2005). He has also been published in numerous other publications, including ArtReview, Russia’s Archidom Magazine, The Philadelphia Inquirer, Philadelphia Magazine, Ukraine’s Salon, Holland’s Audi Magazine, Italy’s La Mia Casa, and numerous others.

In early 2006, Ascalon launched Brad Ascalon Studio, concentrating on the design of furniture, lighting, cosmetics packaging, home accessories, permanent art installations and other projects and products. While Ascalon finds pleasure in designing such a wide array of objects, his main focus is on furniture. It is through Ascalon’s furniture that he continues to explore the intersection of music, art and design. Ascalon also continues to merge the skills that were taught to him by his father with his own visual sensitivity, creating familial ties through his work.