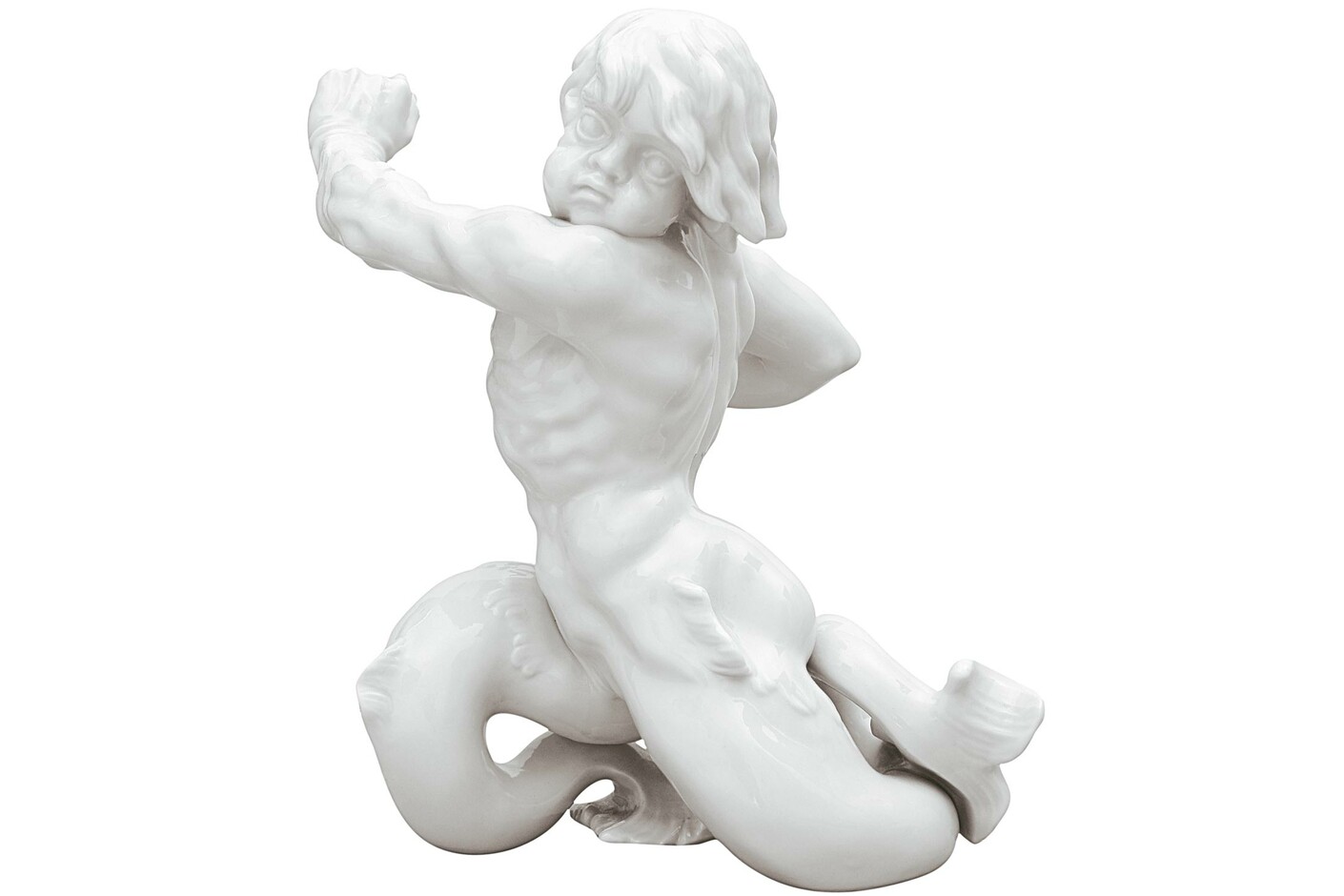 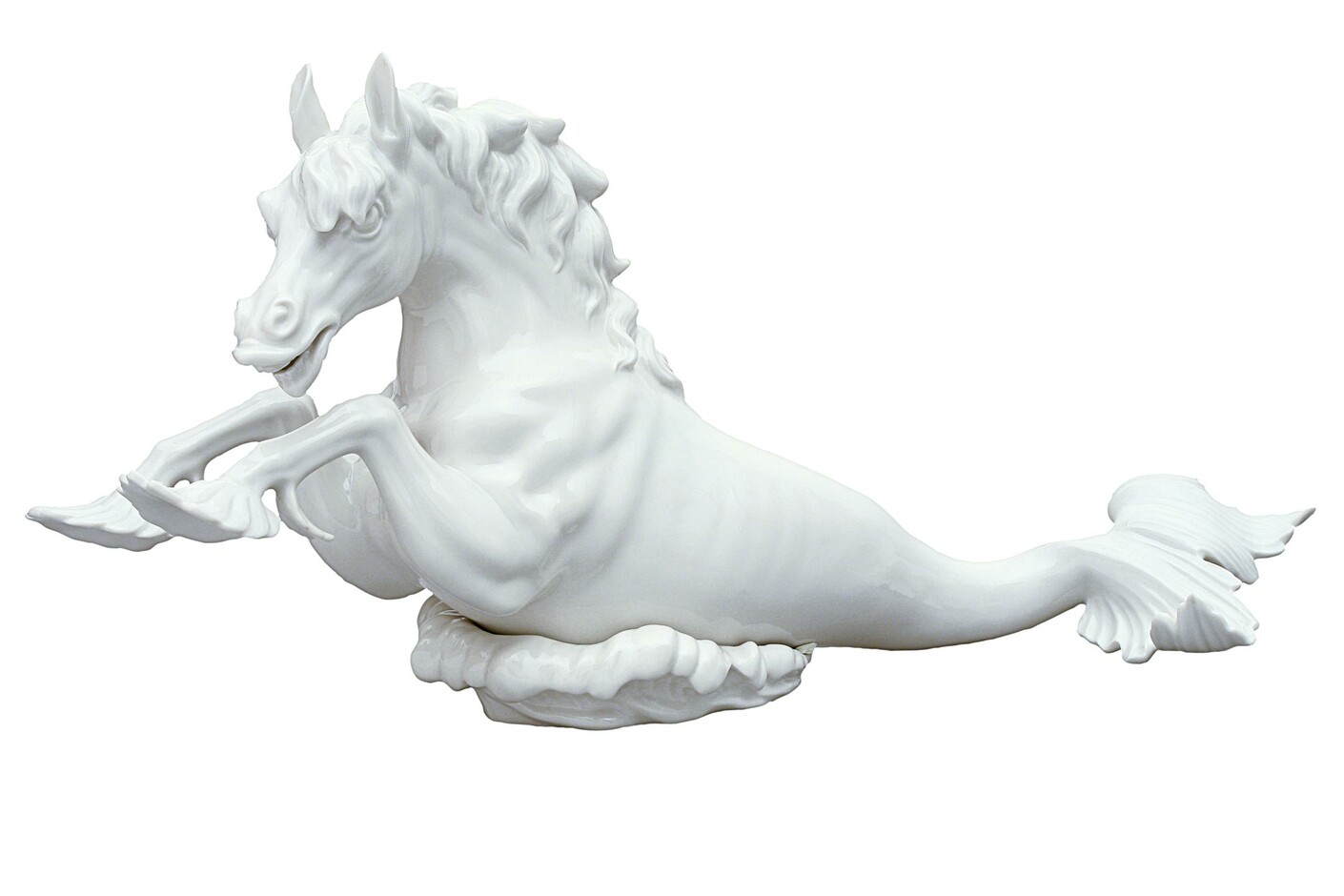 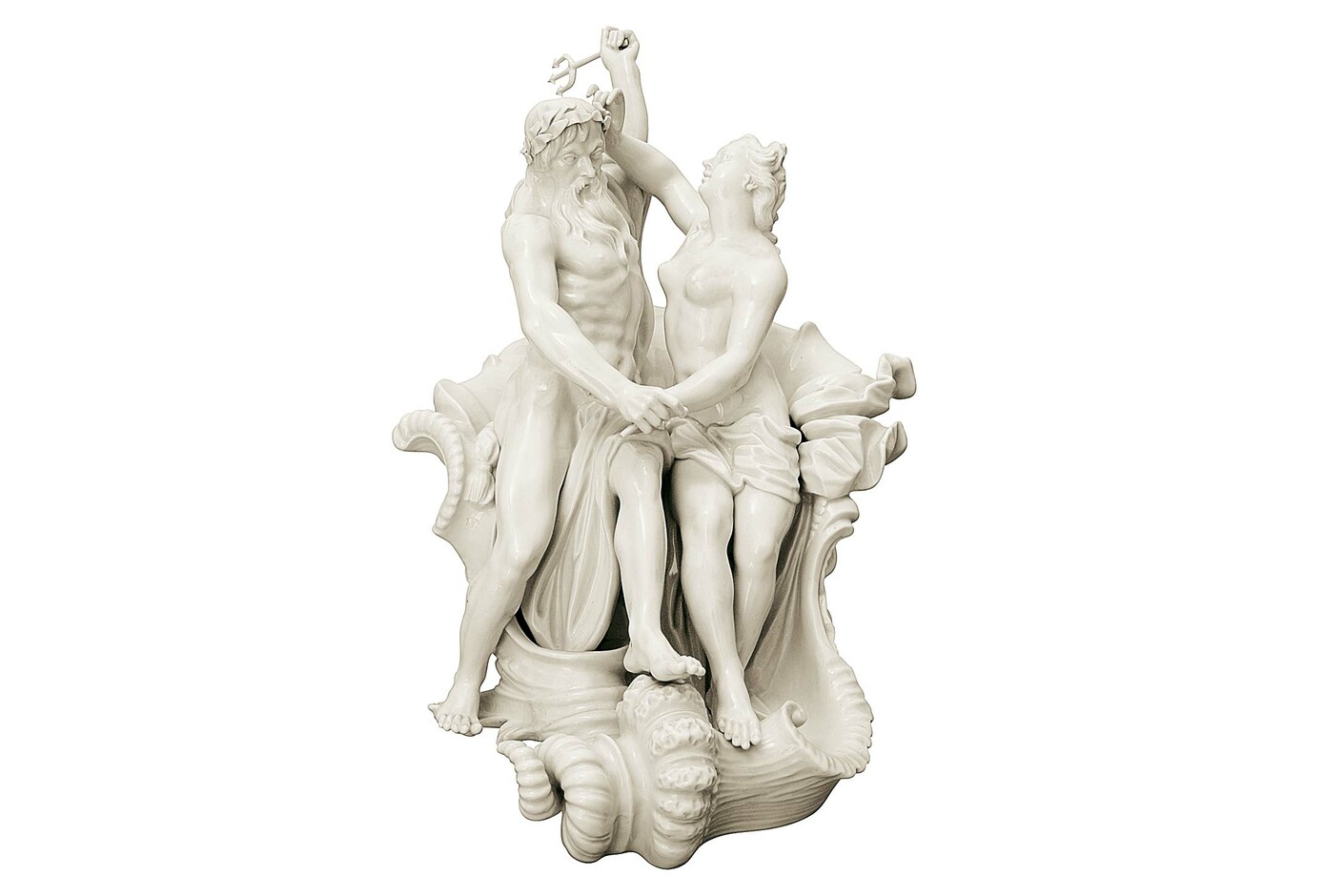 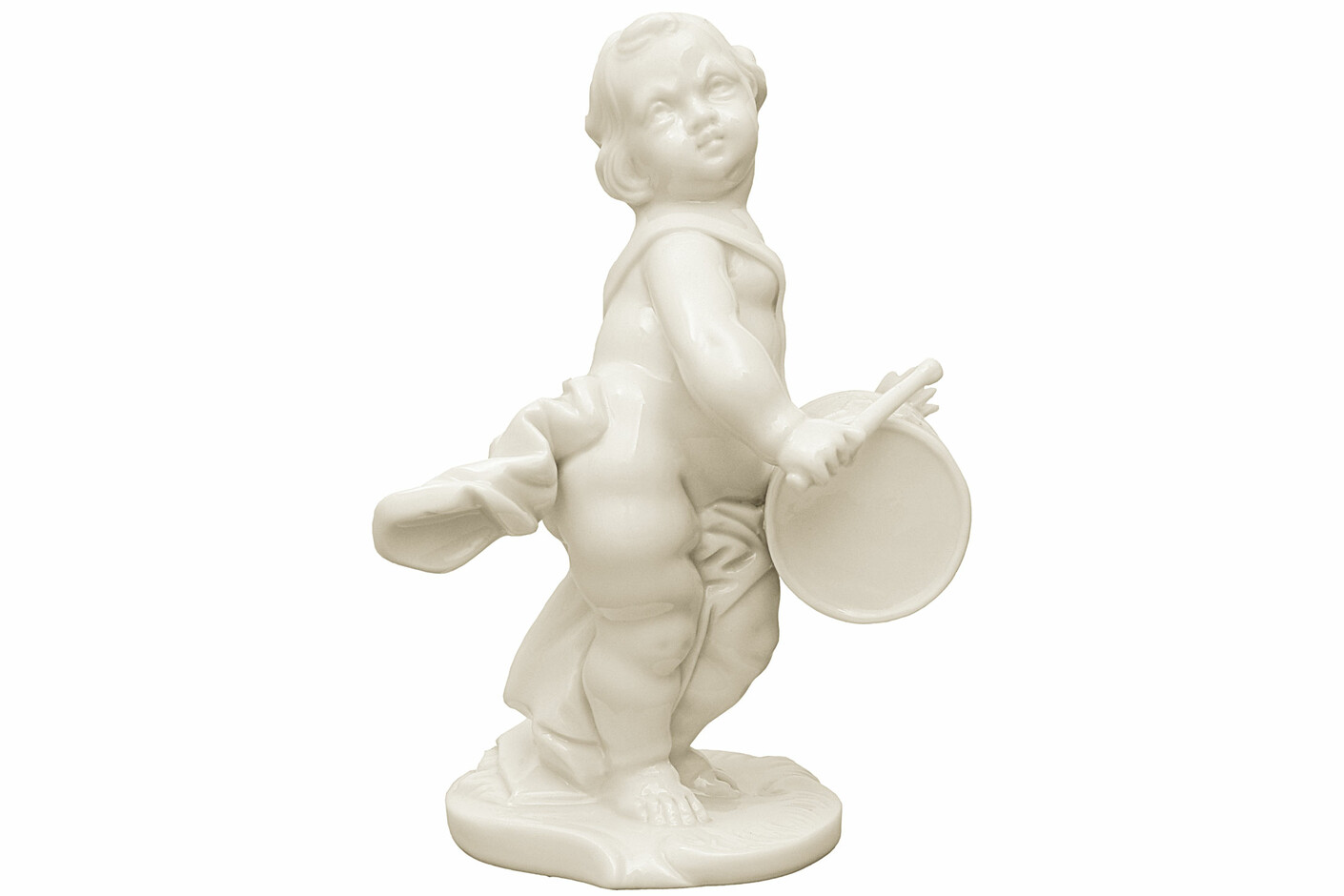 Porzellan-Manufaktur Nymphenburg
Cherub with drum No.420 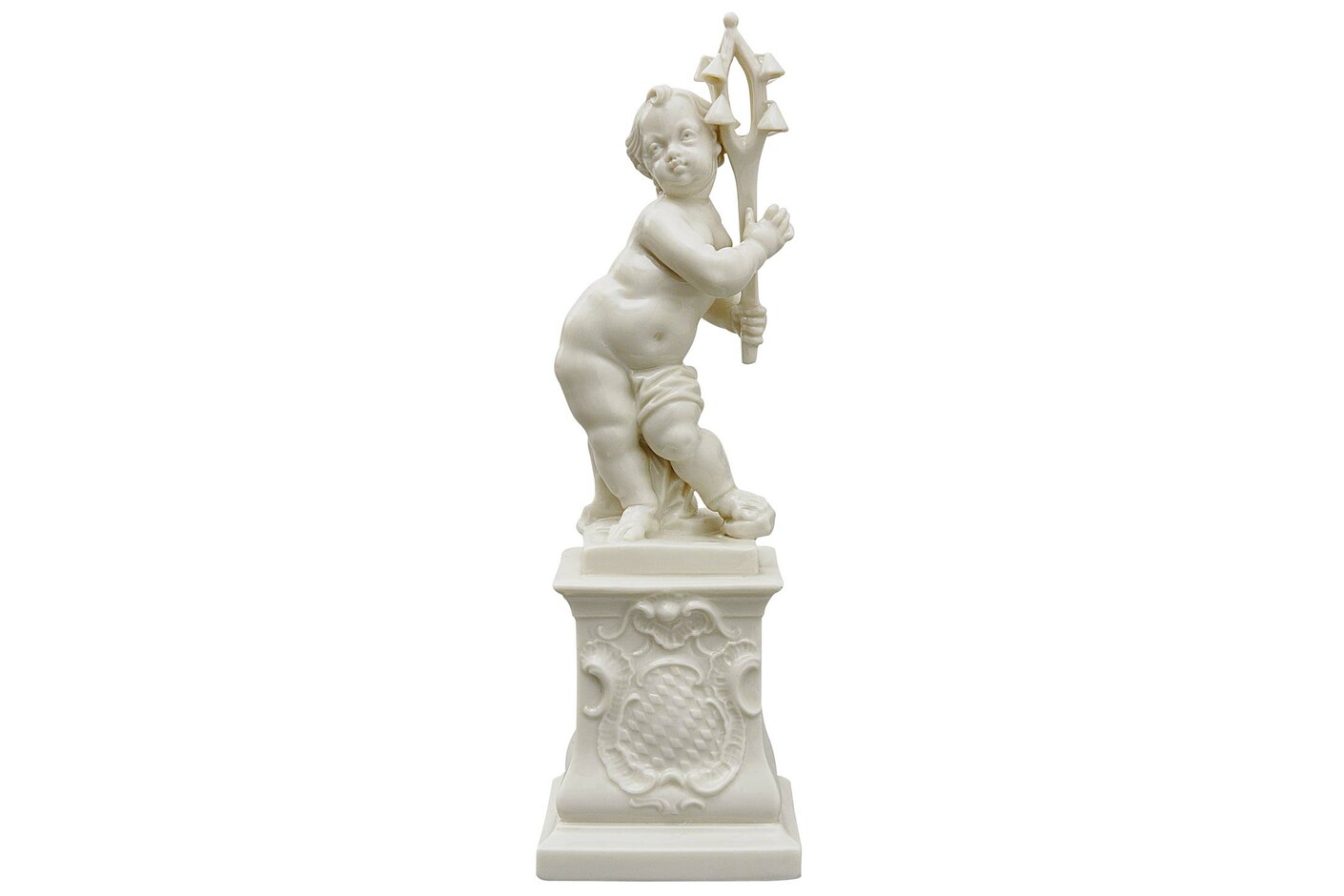 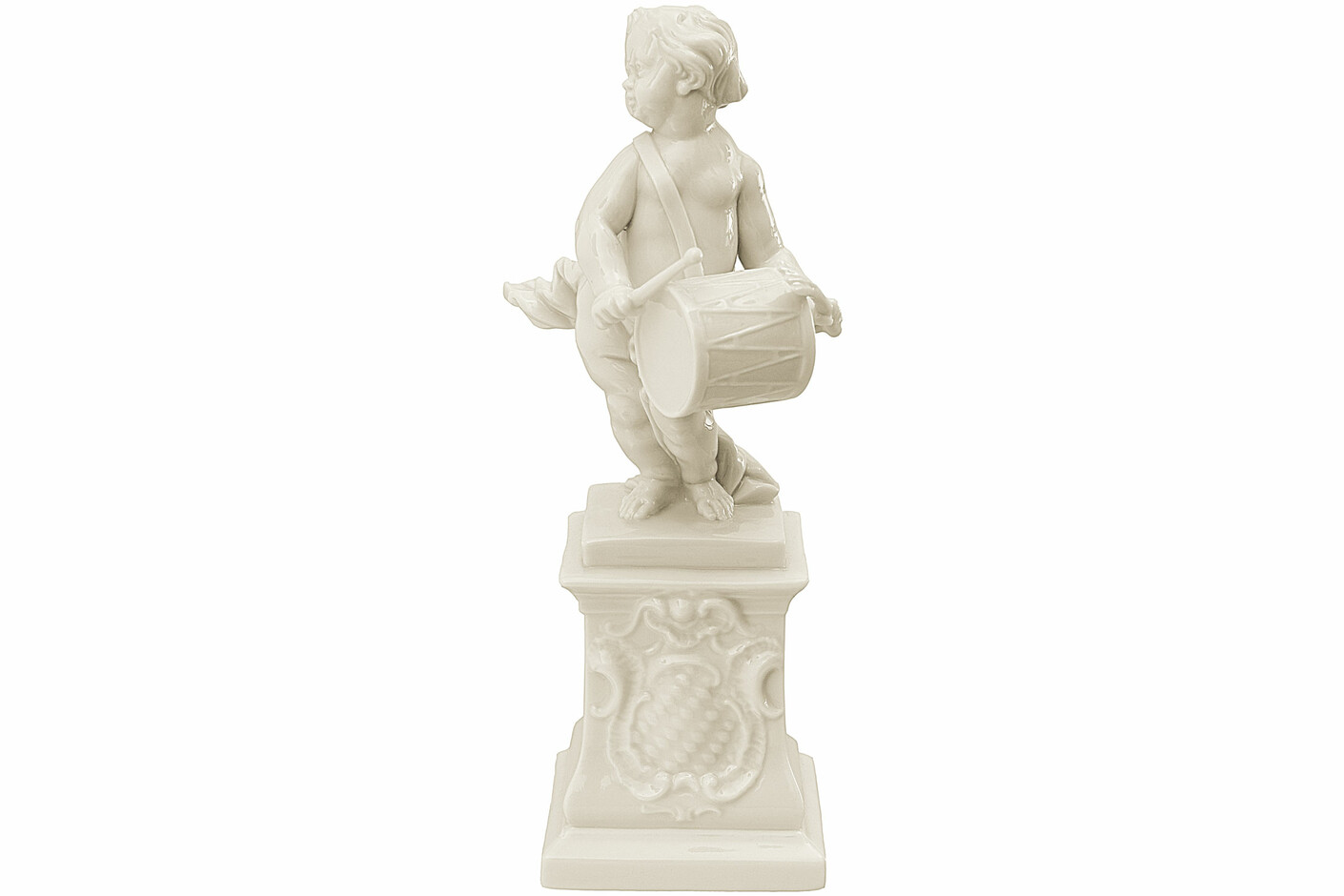 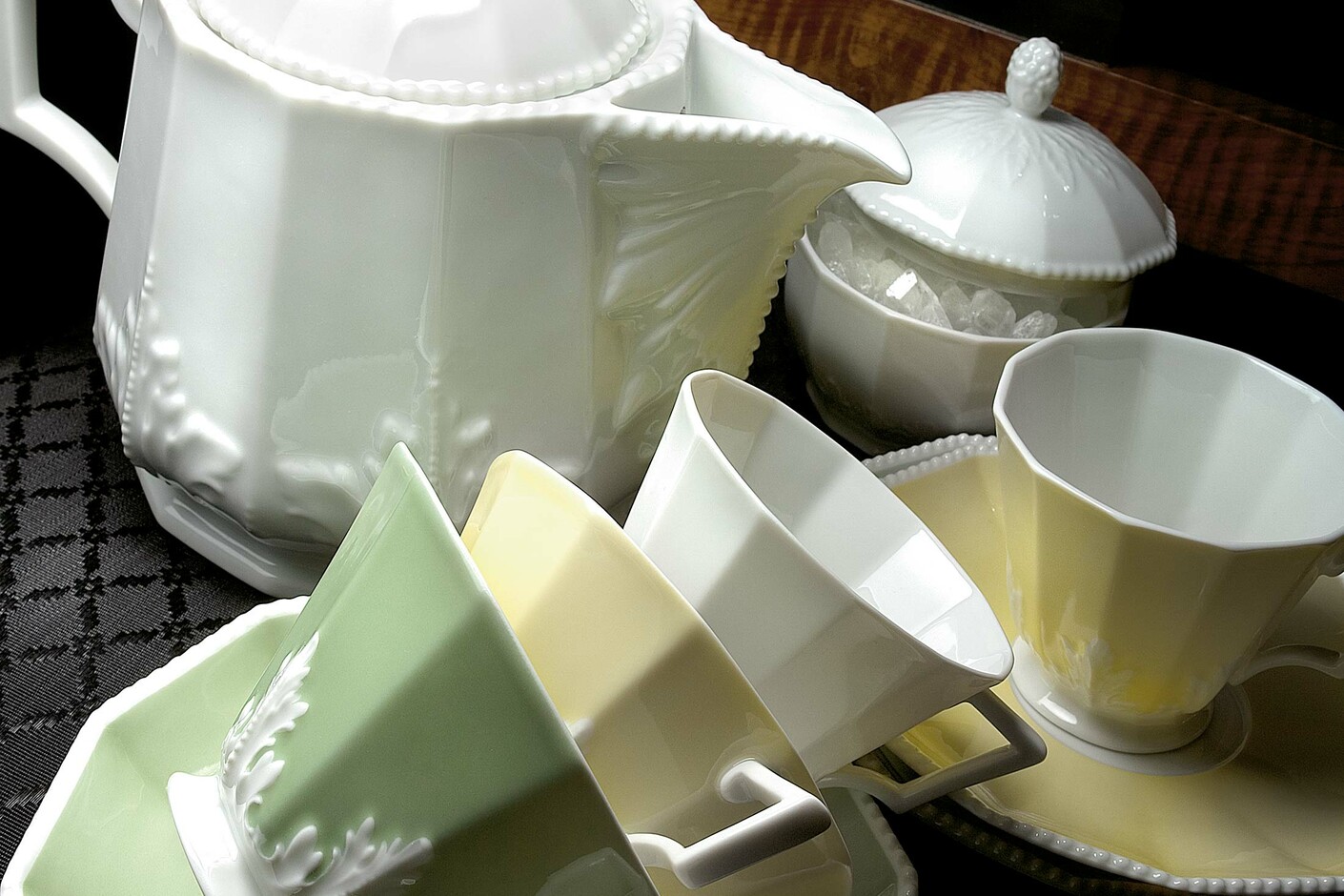 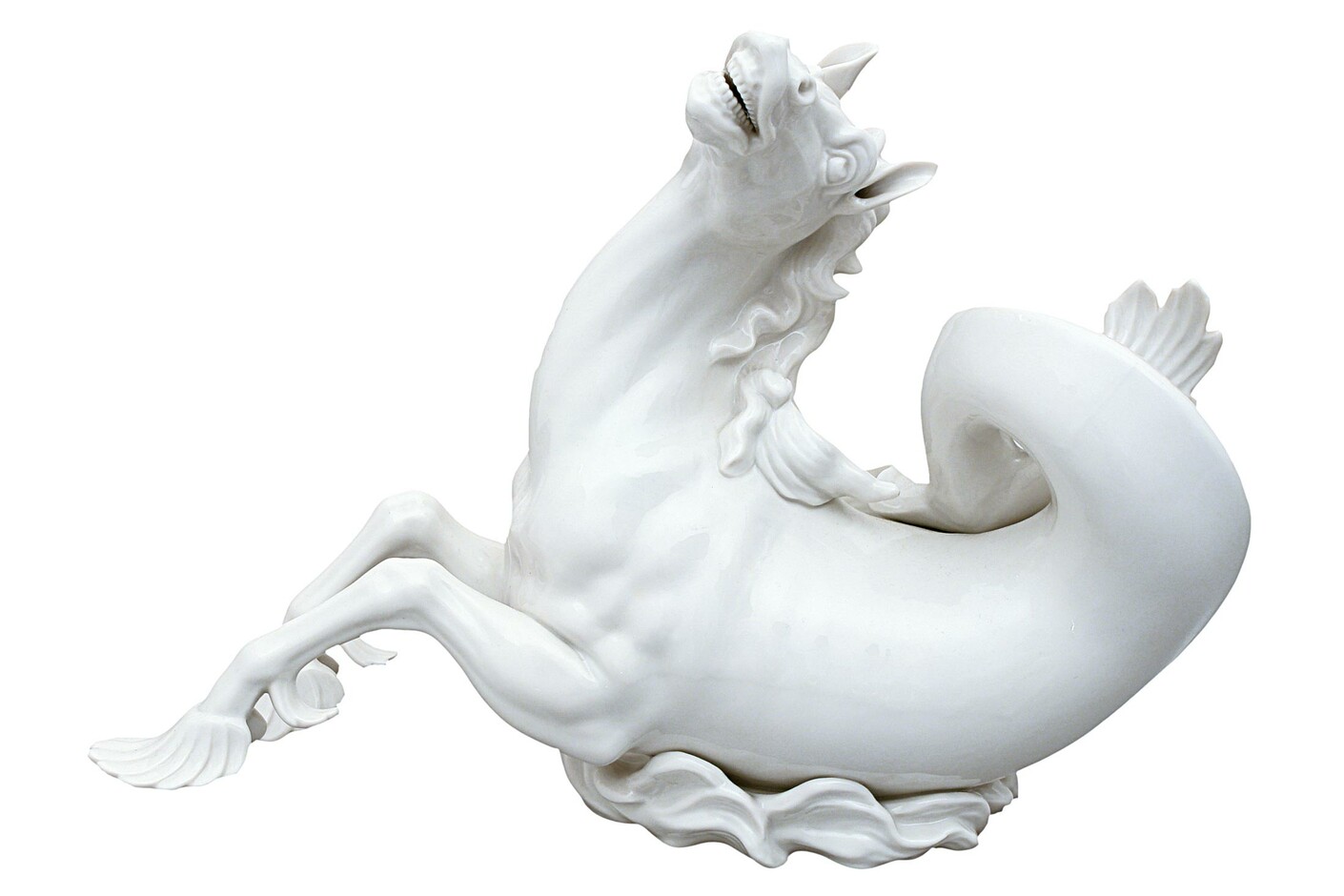 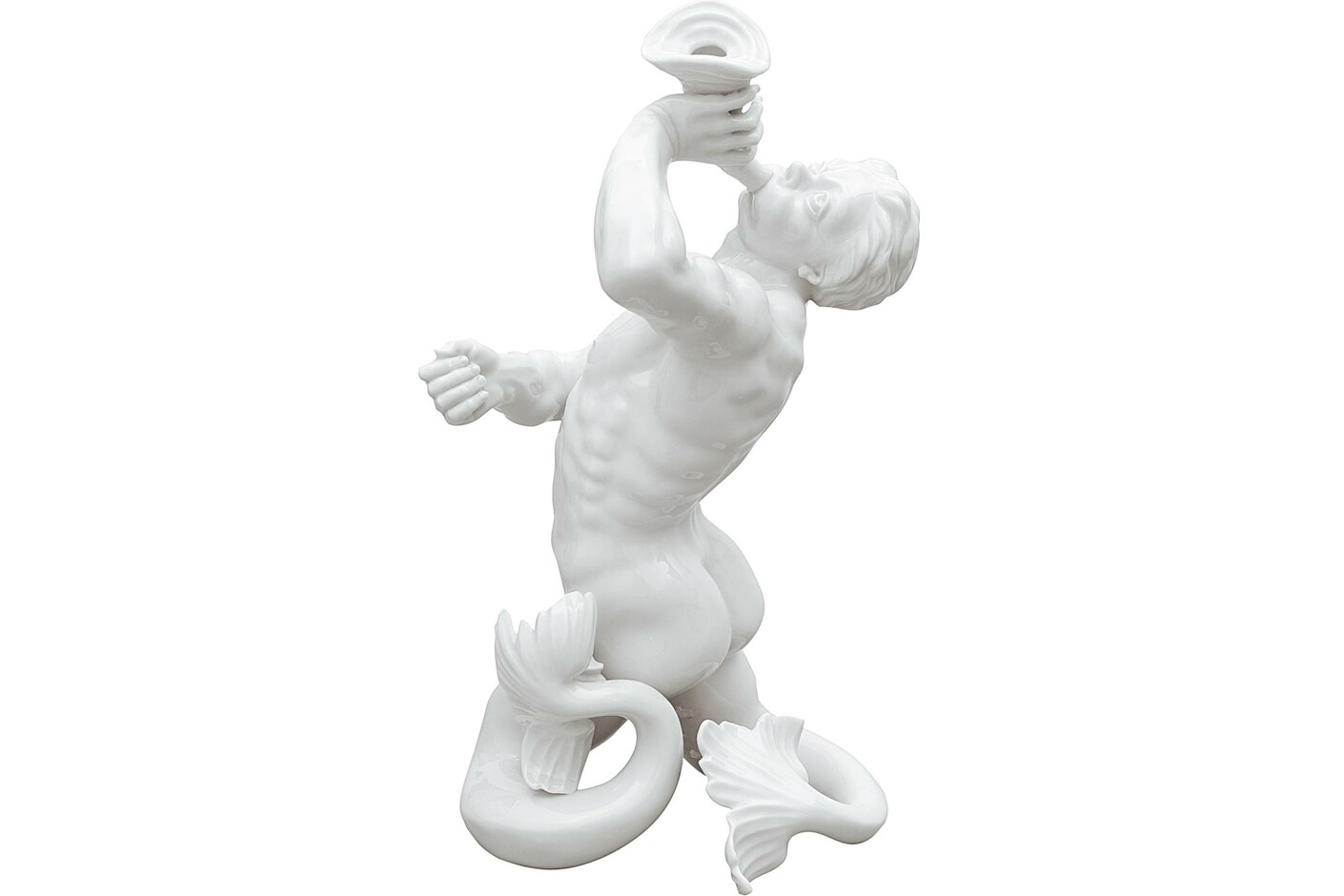 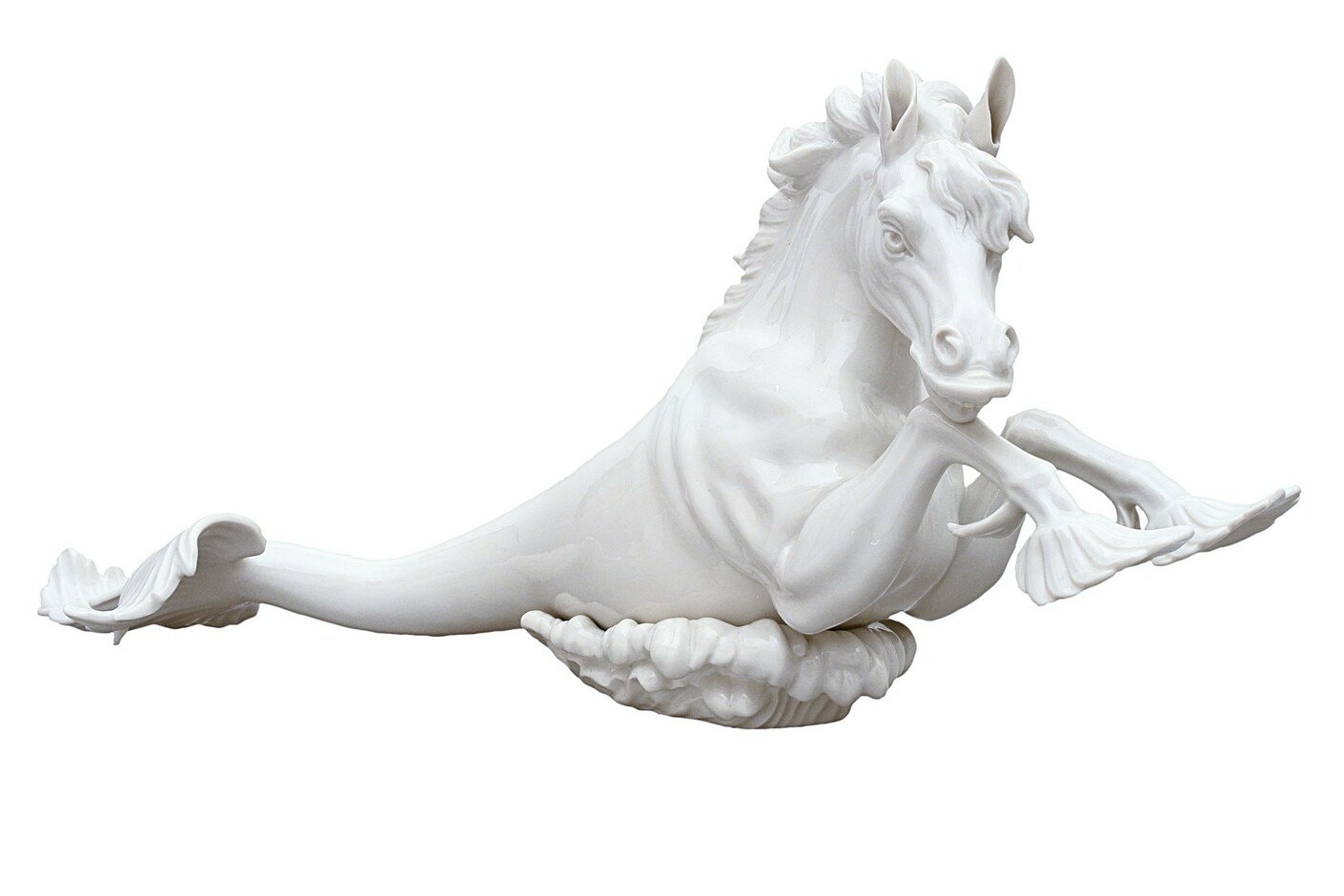 Dominikus Auliczek was born in Polička, East Bohemia, on 1 August 1734. Following an apprenticeship in Litomyšl, Auliczek travelled to Vienna, Paris, London and Rome to refine his skills as a sculptor. He was awarded first prize of the Accademia di San Luca for his modelling work by Pope Clemens XII. Auliczek came to Munich in 1762, as one of the best in his field and, in 1763, he commenced work for Porzellan Manufaktur Nymphenburg as the successor to Franz Anton Bustelli. In 1772, he advanced to become royal sculptor to the Bavarian electoral court. He created around 100 figures as the model maker during this period. From 1773 to 1797, he headed the manufactory as inspector and subsequently as the artistic director (until his death in 1804).

Initially, still strongly influenced by the late-baroque buildings and structures he encountered on his travels in Italy, he created statuesque figures of the gods and a monumental table piece. The most pioneering design by Dominikus Auliczek is the PEARL service held in the Louis-Seize style, which was initially created at the porcelain manufactory for Elector Carl Theodor of Bavaria (around 1793). For over 100 years, this service was reserved exclusively for the court of the Wittelsbach family. The name of PEARL is derived from the fragile bar of pearl that lines each individual object. For the first time in the history of porcelain in Europe, Auliczek based his service on the shape of a dodecagon.

Adorned with 792 different sepia veduta and lavish blue-gold decorations, the service was produced in 1918 for the golden wedding anniversary of King Ludwig III. and Archduchess Marie Therese as a gift from their children and has, since this time, been known as the "Royal Bavarian Service".

The painted decoration consists of small oval and round landscape reserves in grey or sepia-camieu (tone-in-tone painting) with a few trees in the foreground, sometimes with a building as a "point de vue" and in some cases livened up by small figures of people.

To this day, Porzellan Manufaktur Nymphenburg still paints Auliczek's figures and his worldwide most famous creation, the PEARL service, in different variations based on original layouts dating from the 18th century.