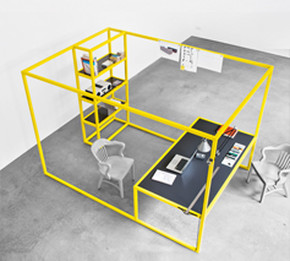 The longing for a studiolo

With “7 Studies”, gallerist and furniture maker Jörg Schellmann is showing in Munich how seven renowned artists and designers, among them Stefan Diez, Liam Gillick and Donald Judd, are furnishing workspaces. And that they are not all that far from the Renaissance studiolo.
Advertisement