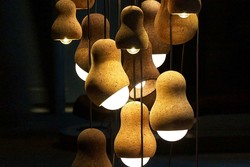 Miguel Arruda was born in Lisbon on the 27th of April, 1943.
In 1968 he completed his studies in Sculpture at the University of Fine Arts of Lisbon and in 1989 received a degree in Architecture from the Faculty of Architecture of Technical University of Lisbon. As a Sculptor two solo exhibitions stand out: in 1966 and 1970, and in collective exhibitions the participation on the ZND and 3rd Fine Arts Exhibition of the Calouste Gulbenkian Foundation, respectively in 1961 and 1986. He began teaching at University in 1969. In 2000 and 2003, respectively, he was approved unanimously as Associate Professor and Cathedratic Professor at the Faculty of Fine Arts of Lisbon.
From 1995 to 2008 he also served has Coordinator of “the Design Course” and served as Chairman of the Board of Directors of the Faculty of Fine Arts University of Lisbon from 2004 until August of 2008. He was invited by the Ministry of Industry to participate in a round table that took place at a Cultural Fair in December 1988. Spoke about “the Relation between Design and Arts & Crafts”.
The work of the studio Miguel Arruda Arquitectos Associados, has been awarded in several competitions and published in various articles of the specialty, National and International, and has been nominated in 2008 and 2009 for the WAF Award (World Architecture Festival). In 2010 has been nominated for the Mies Van Der Rohe award. His work has been developed in the fields of Sculpture, Industrial Design and Architecture. A spokesman, gave lectures at a number of conferences on Design and Architecture both National and International, particularity in Italy, at the University Of Frederico II Di Napoli, also participated on several exhibitions