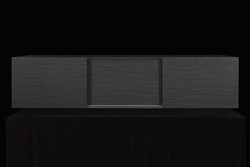 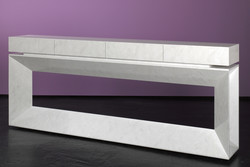 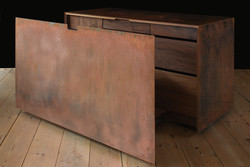 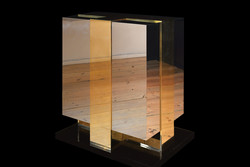 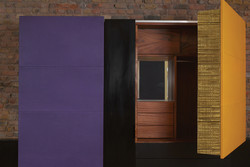 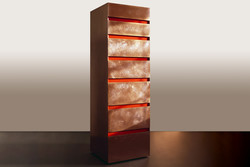 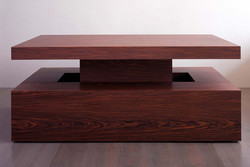 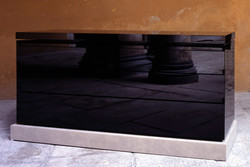 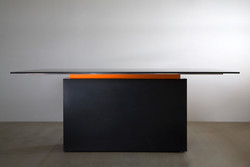 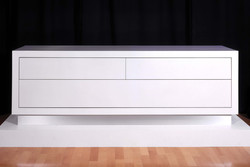 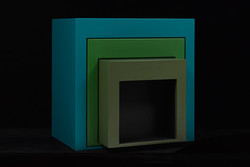 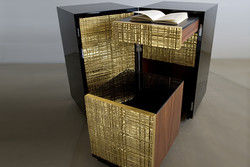 Initially trained as a guitar maker at the London College of Furniture I then spent several years playing music before I got my first workshop in London at Butlers Wharf in 1990. Organised a group show there in 1993 and after that designed and built the Design Museum`s first shop, also in 1993. After organising another show of work in New York in 1994 I moved there for a few months before going onto Chicago. Got involved with various furniture making groups and showed at the Morlen Sinoway Gallery and at SOFA Chicago in 1998. During my time there I was also am Member of the Judd Foundation.

Returned to London at the beginning of 1999 and started designing and building interiors for private clients and architects. In 2003 I started to concreate solely on designing and hand making my own free standing furniture and since then have shown in London, Cologne, Milan and Brussels. I have won a Wallpaper design award, been shortlisted for an Arts Foundation Fellowship and have designed for Paul Smith here in London and Los Angeles.

All the work is designed, hand made and hand finished by myself and all pieces are available in limited editions. 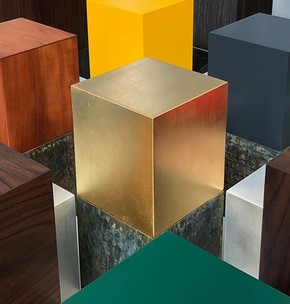