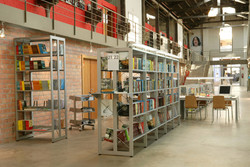 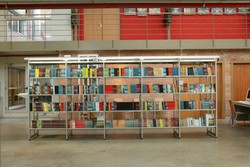 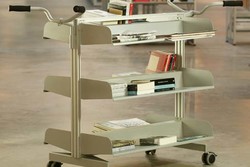 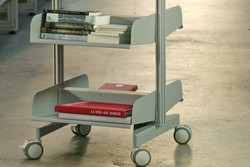 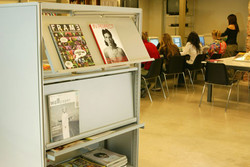 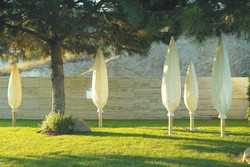 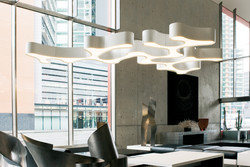 Pete Sans born in Barcelona (1947) in the middle of a Catalan family linked to the artistic and intellectual circles of the city. The familiar surroundings highly conditioned his eductation. During his introduction in the world of the graphical and tex

tile design, once he had finished his higher studies, he travelled to Germany with the purpose to perfectionate his training in the field of the industrial design. He returned to Barcelona in 1971 to open a graphical design studio, and at the same time to

ok over the control of the Gallery and School Nikon. He also published a magazine of art, "Special Paper", pioneer by its concepts, contents and its graphical quality in the social communication.

In 1977 he contacted with Snark Desig

n. AS producto of this business relation is born the "Lamparaprima", which obtains the Oscar to the best product of illumination of the International Moving Fair of Paris (1983) and was sellected to participate on the Exhibition of Spanish Des

ign to Europalia (Brussels,1985) and the 6th Arango International Design Competition Award (Miami,1986). From then on he centers all his activities in the industrial design(he prefers to call it "industrial sculpture"), producing a good number o

f works, with a very personal style, full of originality and avantguardisme.

In 1988 he obtains the Golden Delta Award for the Coqueta chair, produced by Bd Barcelona design. In 1990, the French company Arafura TRIBE, in its line of redesignin

en-Wurtenburg Award, which is granted to the five best products in the field of the industrial design.

In March of 1994 he founded his own producing company (PeteSans Sistemes Integrals,S.L.). His first product was the " Sistema Aula &quo

t; of tables for office.