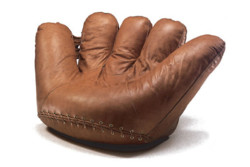 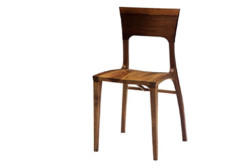 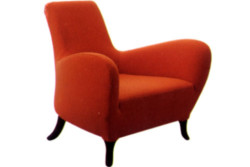 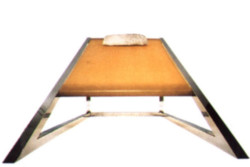 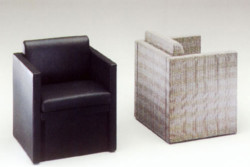 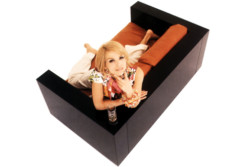 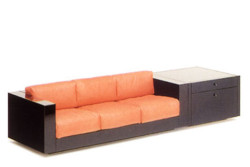 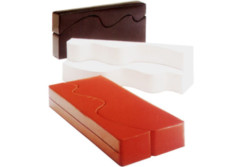 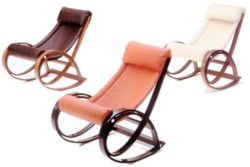 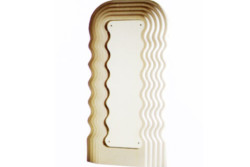 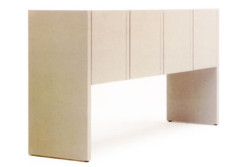 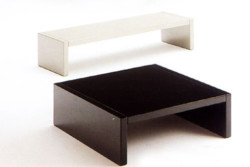 Poltronova is a company that has made history.
Founded by Sergio Cammilli in 1957, Poltronova was the first to include in its catalog both the mentors (Gae Aulenti, Giovanni Michelucci, Angelo Mangiarotti, Paolo Portoghesi) as well as the leading exponents of New Design, who were then called radicals (the young Archizoom and Superstudio groups), reflecting the multifaceted nature of Italian design. In the early years of the company’s history a fundamental contribution was made by Ettore Sottsass Jr., who became its art director in 1958, with Poltronova producing scores of his designs, from furniture to ceramics.

Always searching for new ways and new quality in living, Poltronova turned its attention to the art world, working closely with artists such as Ceroli, Nespolo, Ruffi, and Max Ernst. It has won many awards for its creations, including the Compasso d'Oro in 1957 for the stool by Luciano Nustrini and in 1977 for the publication of the book Fare Mobili con Poltronova (Making Furniture with Poltronova); the Smau prize in 1970 for the “Teknica” office chair designed by Ettore Sottsass Jr.; and the Top Ten prize in 1984 for the “She” armchair by Prospero Rasulo.

Poltronova participated in landmark exhibitions and events in the history of Italian design, such as “La Casa Abitata” in Florence in 1965, "Eurodomus 3" in Milan in 1970, and "Italy: The New Domestic Landscape" at Museum of Modern Art in New York in 1972, and its collections include pieces that have become famous in the world of both Italian and international design, such “Joe,” the glove-sofa designed by De Pas-D'Urbino-Lomazzi in the 1970s; the “Superonda” sofa and the “Mies” chair, celebrated designs by the Archizoom Associati group; and the “Ultrafragola” mirror by Ettore Sottsass Jr. Other important collaborators with Poltronova include Elena and Massimo Vignelli, Massimo Iosa Ghini, Ron Arad, Nigel Coates, and many others.