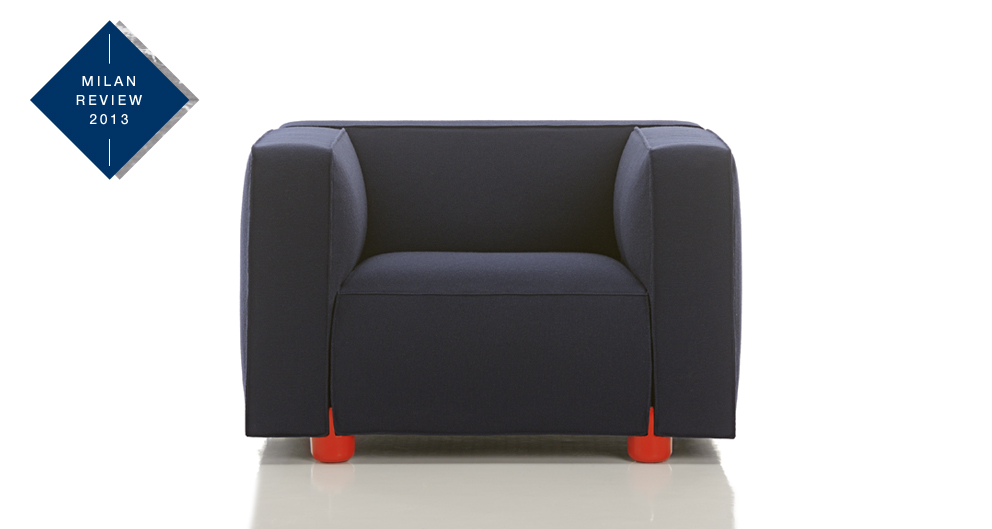 Uta Abendroth: You’re known for designs you’ve created for companies such as Flos, Magis, Venini, Cappellini, Established & Sons, ClassiCon and Vitra. With Knoll you are now adding one of the major manufacturers of design icons to your client list.

Jay Osgerby: Indeed, this sofa and table collection is our first for Knoll. It is also the first time we have ever worked with a US manufacturer.

And how did the cooperation come about?

Osgerby: Well, we actually wrote a letter to Knoll years ago, presenting ourselves as a UK-based design studio and expressing an interest in working with them. But we never received a reply. Then, about two and a half years ago, we got a call from the US asking if they could come visit us in our studio. I don’t even known whether the visit had anything to do with the letter, but in any case both sides made some kind of attempt to kindle a collaboration.

And what kind of experience did you have working with Knoll?

Osgerby: Working with Knoll was very interesting because the Americans have a completely different approach to their work than we’re used to. They proceed in a very systematic way from the very outset, they know precisely what kind of price level they want to hit and began the project with a specification formulated in very concrete terms as well as a series of strict guidelines. Working within these provided a good basis for the designs. I find it more difficult when everything is left wide open. At the end of the day, we designers are problem-solvers that find the answers to the questions that are posed at the start of a project. Knoll is a really big company and it finds itself in a very interesting phase, for it is presently undergoing a renaissance of sorts. Furniture classics are rated very highly and Knoll has all of these fantastic items designed by the 20th century’s best architects and designers on its books. We wanted to make reference to this with our own project. This is why our sofa system includes elements with echoes of the Florence Knoll style. In a certain way, this straight-line, right-angled style appears extremely calm and restful within the space; making the aesthetic details, balance and proportion all the more important. Es

What provided the starting point for the “Edward Barber and Jay Osgerby Collection for Knoll”?

Osgerby: The idea was to design a comfortable and attractive item of upholstered furniture. It had to fit in with the rest of the company’s portfolio and we also wanted to make reference to other furniture by Knoll. Upholstered pieces are the largest items of furniture in any room and it is precisely for this reason that you mustn’t go over the top when it comes to their design. Not all of us want to live with big statements, but rather with furniture that is cultivated and – in terms of design – quiet in its effect. A couch has to be comfortable; after all, there are days when you sit on it from morning till night. Watching TV, cuddling up and playing with the kids, even eating your evening meal. Nowadays, a sofa is far from the formal piece it once was; it is now more of a living platform.

And what is the highlight of your design?

Osgerby: We have thought up one element, which really gives design its moment in the limelight: the cast aluminum base. But this particular detail required a real, concrete construction concept. It is at this point that all elements of the sofa come together. The backrest, sides etc. may remain individual elements but this is where they are brought together on a mechanical level. As such, the base is given the status of a visual node and is thus also available in a range of different colors.

How would you describe the sofa otherwise?

Osgerby: We chose a very simple linear shape. The cushions are rounded, as though they’ve been pumped up with air, which lends the right-angled silhouette a much softer appearance. Available with a fabric or leather cover, the sofa itself is quite deep set – such that everyone, no matter how long their legs, has to stuff a few cushions behind them to sit right back. The more homely version has a higher backrest and the compact version a low one.

And you also designed a few accessories to go with it?

Osgerby: Yes, we were also given the opportunity to design a number of other products to accompany the sofas. Like the sofa base, the stool and three-legged table are also made of cast aluminum. The tabletop is then set in black or white marble, white glass or leather. We are really pleased with how these unobtrusive objects have turned out.

Was it a long road that led up to this point in your career?

Osgerby: It certainly was! The first thing we made was a table for Cappellini. To our great surprise, the piece landed straight in the design collections at the Victoria & Albert Museum in London and the Metropolitan Museum of Art in New York. At the time we were thinking “Oh, this is easy!” and we obviously wanted to continue this initial success. But then it all went quiet for a while…

Osgerby: Indeed, it really was a hard time. Perhaps we could have benefited more from it and simply made one thing after another. But although Ed and I have now been working together for 17 years, we haven’t actually made all that much. The design process we adhere to allows us time to really reflect on what we’re doing. The consequence being that we don’t produce all that much in terms of quantity. We’re a little slower on that front.

Can you describe your teamwork with Ed in more concrete terms?

Osgerby: Most of the time we sit together at a table. I draw something – in fact, I draw all the time, stuff that will never be realized. Ed looks at it from the other side and then we start talking about it. Our process consists predominantly in communication. The idea then tends to snowball, developing quickly. If a project continues to grow then more and more people come on board, finally the manufacturer. The leap from an idea to a real object is certainly a large one.

Which product would you describe as your greatest success?

Osgerby: As I previously mentioned, our first project was a true triumph. It was only later that we began to understand that success is very much bound up with luck. The rather barren spell that came afterward definitely taught us a lesson or two. Our aim isn’t to produce trendy “in” objects, but things that will be used for decades. And as a designer you really have to take the time to think about what you’re doing, we have a responsibility after all. But we have had a few more successes in recent times. We were and still are very proud that our design for the Olympic torch was chosen from thousands of others. That certainly garnered us a great deal of attention, and not just from the design community but also from people who otherwise have nothing to do with design. We have just created the design for the British two-pound coin in celebration of the 150th anniversary of the London Underground. 18 million of them will be going into circulation. And then there is of course our “Tip Ton” chair for Vitra.

Vitra, is that one of your favorite partners?

Osgerby: Oh yes! We’re going to be realizing four or five more products with them this year. Hopefully they’ll be premiering in London in September. But I can’t tell you much more about that just yet…

Who else would you especially like to work with?

Osgerby: No one in particular comes to mind. It really is the case that we already collaborate with all of those manufacturers we’d like to work with. We’re really happy with B&B, Vitra, Knoll and Flos. Those are the best companies; they have the best heritage and their approach to our collaborative projects is always very profound. At Knoll in particular they talk a great deal about social responsibility in place of mass production.

Nonetheless, is there one design wish that you have yet to fulfill?

Osgerby: Something that I’d really like to design would be a bridge or a small house, one that is like a little object. But I am happy and thankful for what Ed and I have achieved so far. 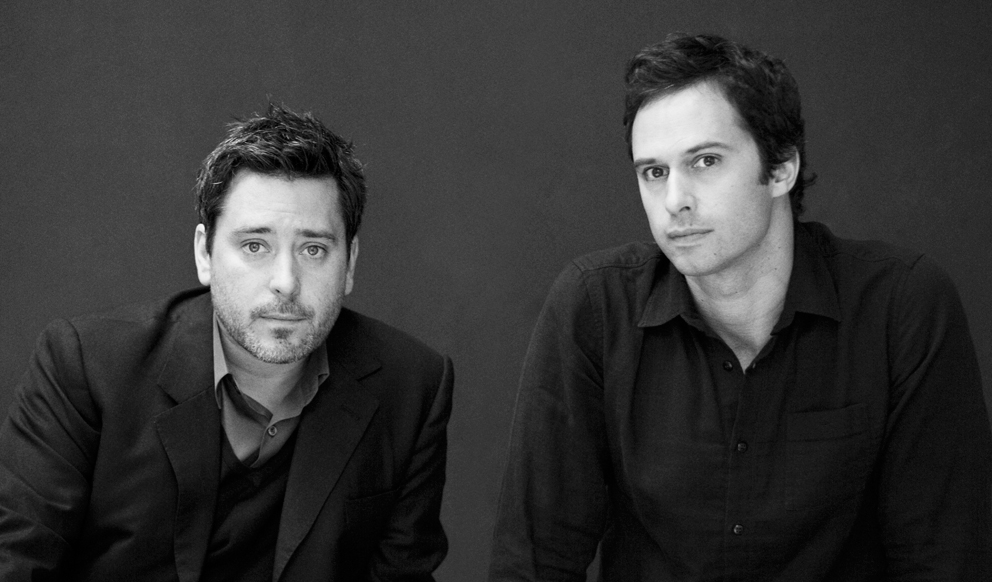 "The Lounge furniture had to fit in with the rest of the company’s portfolio and we also wanted to make reference to other furniture by Knoll." Photo © Gionata Xerra / Knoll, Inc. 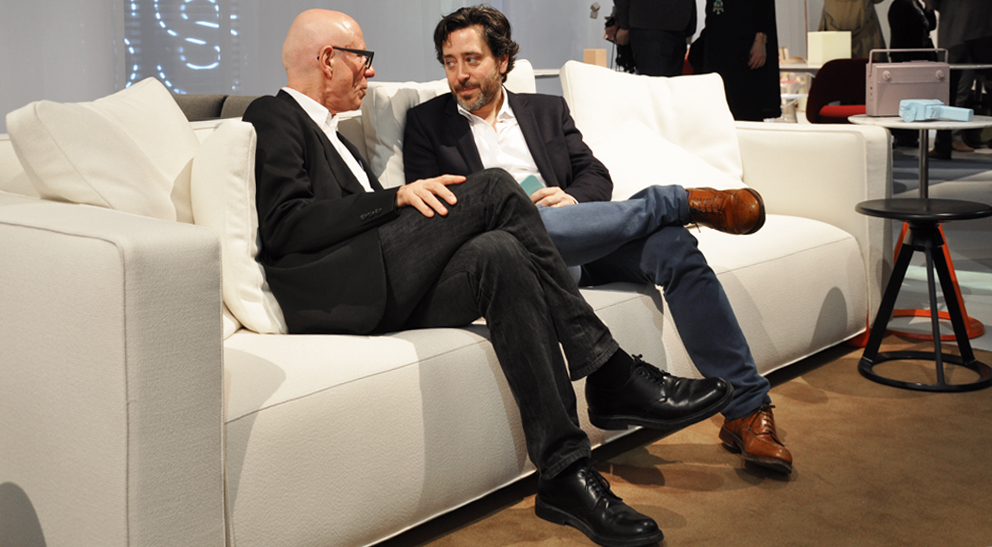 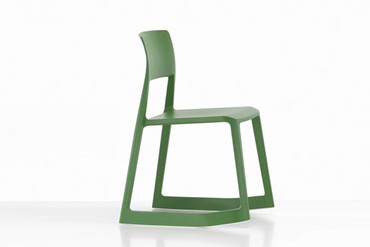 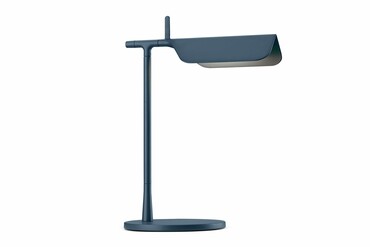 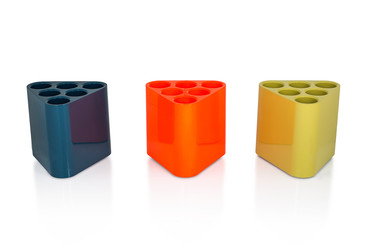 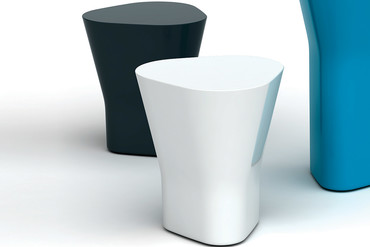 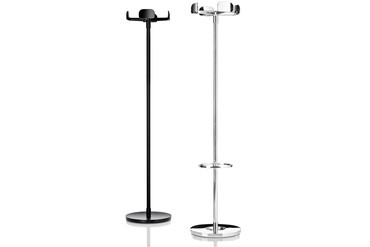 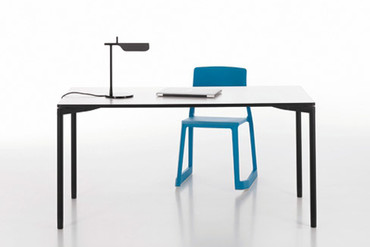 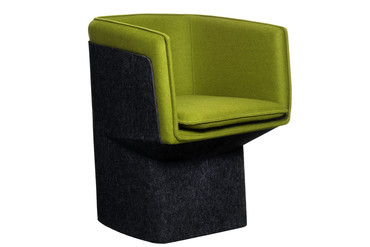 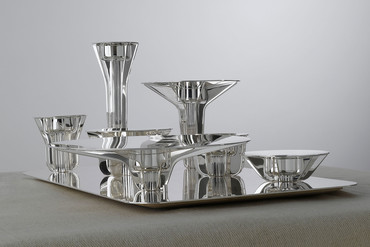 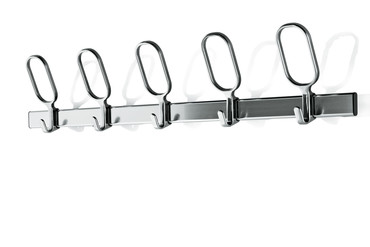 Magis
BIRDS ON A WIRE 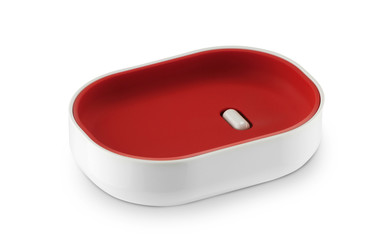