The Millennium Dome in London is one of the largest domes made from textile in the world . Now a spectacular roofwalk leads over the dome.

From the outset, the “Millennium Dome” was meant to be something miraculous. A giant hall was designed for the Greenwich Peninsula on the south bank of the Thames and set to open for the celebrations marking the beginning of the third millennium. It was to remain open throughout the year 2000 and to be used for the “Millennium Experience”, an exhibition about the entire history of mankind and the current challenges facing us. A private investor was put in charge of the planning and the construction project; he commissioned Richard Rogers, a British architect, to realize the relevant ambitious design, something which, moreover, needed to be completed in less than two years.

Together with the engineers at Buro Happold, the architects came up with a hall which was, when it opened on January 1, 1999, not only the largest single structure in the UK but also the world’s largest domed building. It is circular in shape, boasts a diameter of 365 meters, and reaches its maximum height of 52 meters in the center of the hall. These two figures symbolize the numbers of days and weeks in a year, with the 12 close to 100-meter-high pylons supporting the white roof representing the 12 months in a year – or the 12 numbers on a clock face. These allusions to astrometry reference not only the reason for the construction, the dawn of the third millennium in the Common Era, but also refers to the Prime Meridian, the Greenwich Meridian. which runs only a few meters away, Mike Davies, the partner in charge at Richard Rogers, comments: “The ultimate inspiration for the Dome was a great sky, a cosmos under which all events take place – the radial lines and circles of the high-tensile roof structure recall the celestial reference grid of astronomical maps throughout the ages.”

Construction of the dome started in June 1997 when some 8,000 foundation posts were hammered into the ground, the excavation pit and the concrete ring on which the giant marquee construction was to sit were drained. It was possible to erect the 12 pylons as early as October of the same year and the mesh, which is made up of a total of 70 kilometers of heavy-duty steel cables, was stretched across them; this bears the weight of the actual roof structure. Originally, PVC polyester mesh was intended to serve as a membrane; although slightly less expensive, this would probably have been less durable – because initially the Millennium Dome was actually intended as a temporary canopy structure. It was only when it was realized how high the cost of the entire project would in fact be (a figure of £789 million was quoted for the end of 2002) that the subject of the dome’s subsequent usage was broached and the decision taken to opt for a more permanent structure.

In the end the roofing membrane was executed in a Teflon-coated mesh (PTFE). This only needed to be punctured at one point in order to allow room for the air vent for an underpass running underneath it. It was possible to complete the entire construction in 15 months and, according to the architects, it was even cheaper than expected – they quoted a figure of a mere £43 million. The Millennium Dome turned out to be the best-frequented tourist attraction connected with the celebrations marking new millennium in London, more popular even than the London Eye; over the course of the years it has attracted six million visitors.

Today, partly due to its prominent location by the river, the Dome has become one of the city’s modern landmarks. In 2005, the exploitation rights to the entire site were sold off to the Anschutz Entertainment Group which built and sold office and retail space all around the Dome, quickly changing its name from the Millennium Dome to that of a Spanish cell phone provider.

In a bid to further enhance the building’s attractiveness, the new operator once again enlisted the services of Richard Rogers and Buro Happold, this time to construct a “roof walk”. Consequently, the original Millennium Dome team was reassembled seven years on and proceeded to develop a kind of bridge located just above the existing roof and appearing to hover above it. The reason: In structural terms, this walkway, suspended from steel cables, largely resembled the original roof construction – with visitors walking on a similar material. It was even possible to largely integrate the additional load into the existing construction. Now, an observation deck sits majestically atop the apex of the hall and visitors heading for it really do get the repeated sensation, walking along the soft, slightly wobbly path, of walking directly on the pavilion roof – even though the walkway, suspended from its delicate cables, does appear to be hovering slightly above the roof. 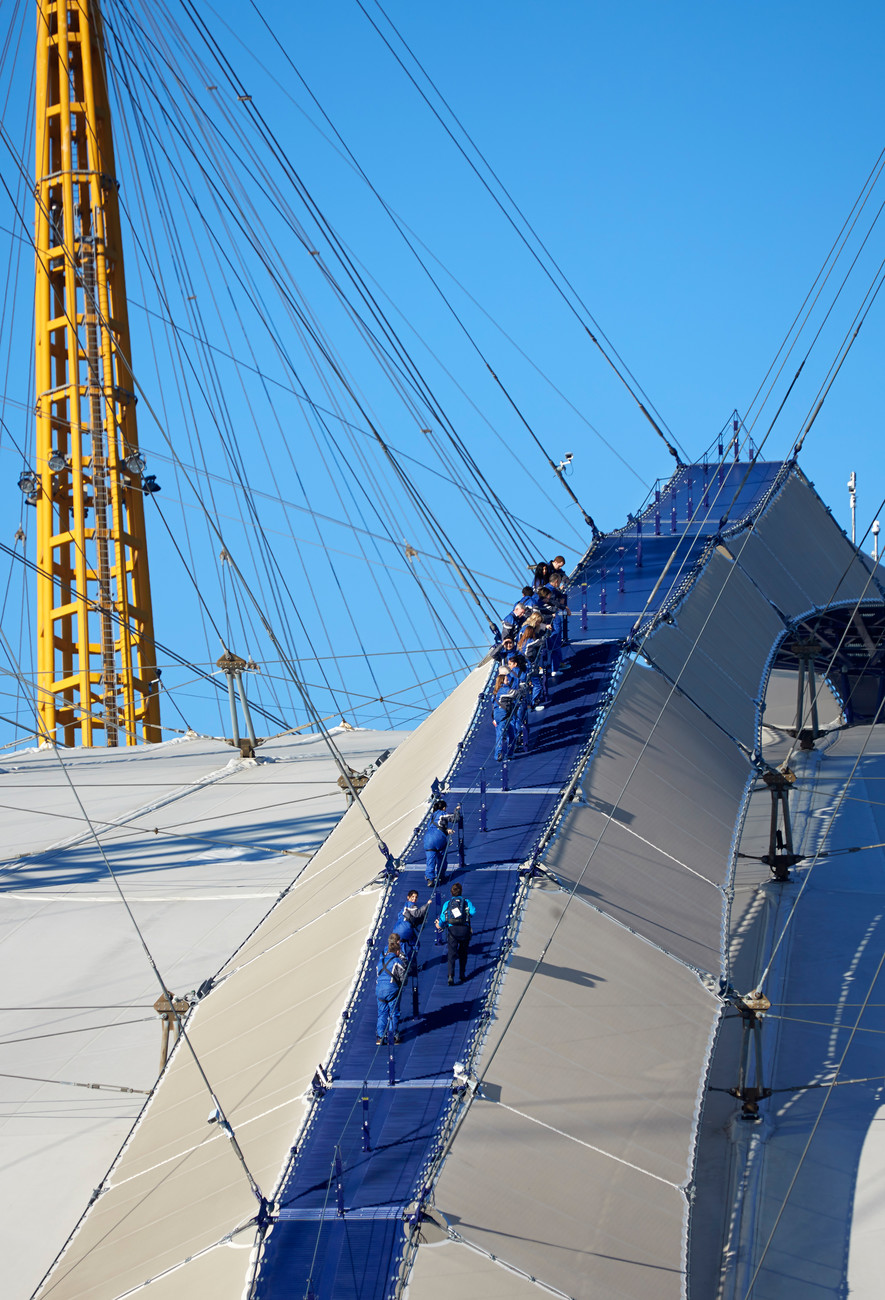 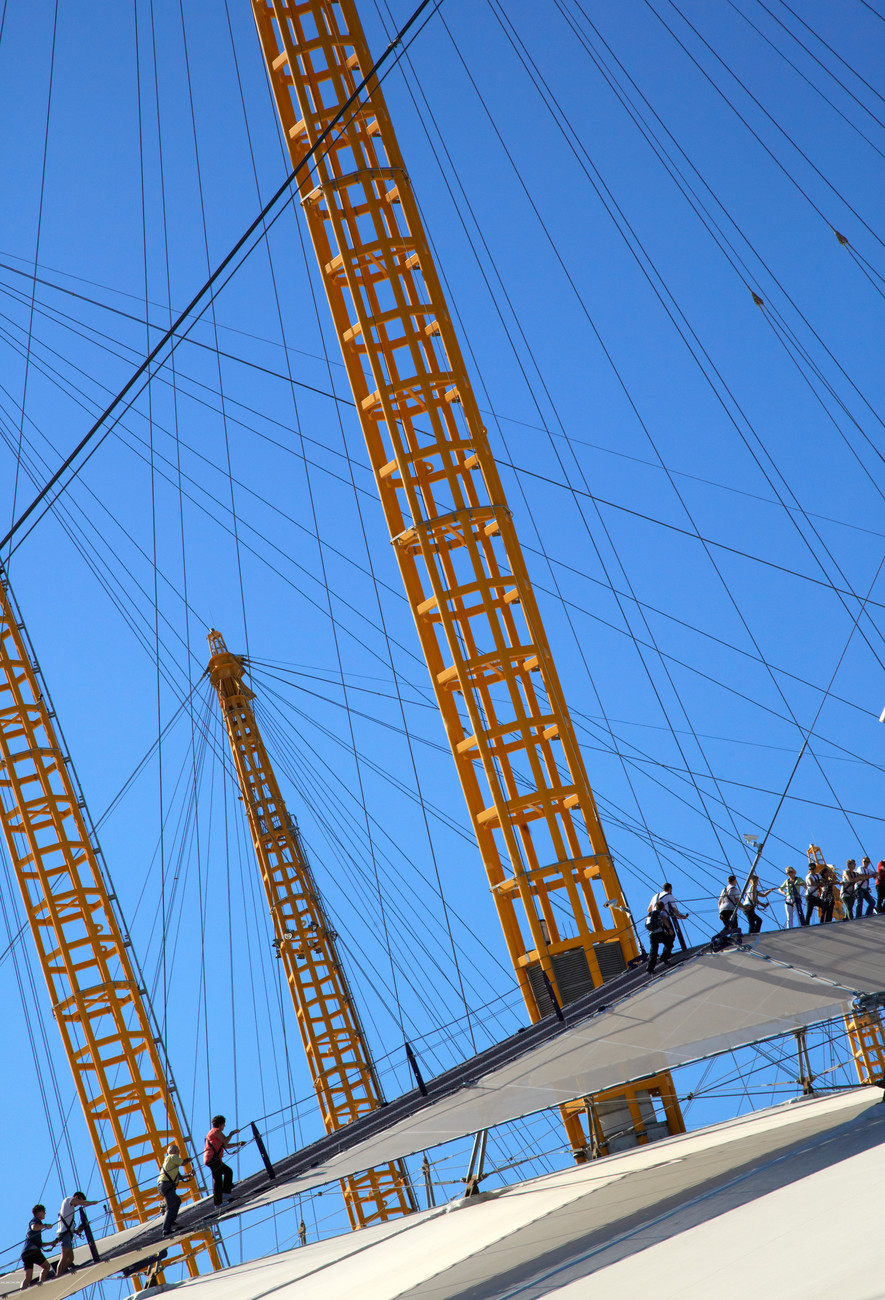 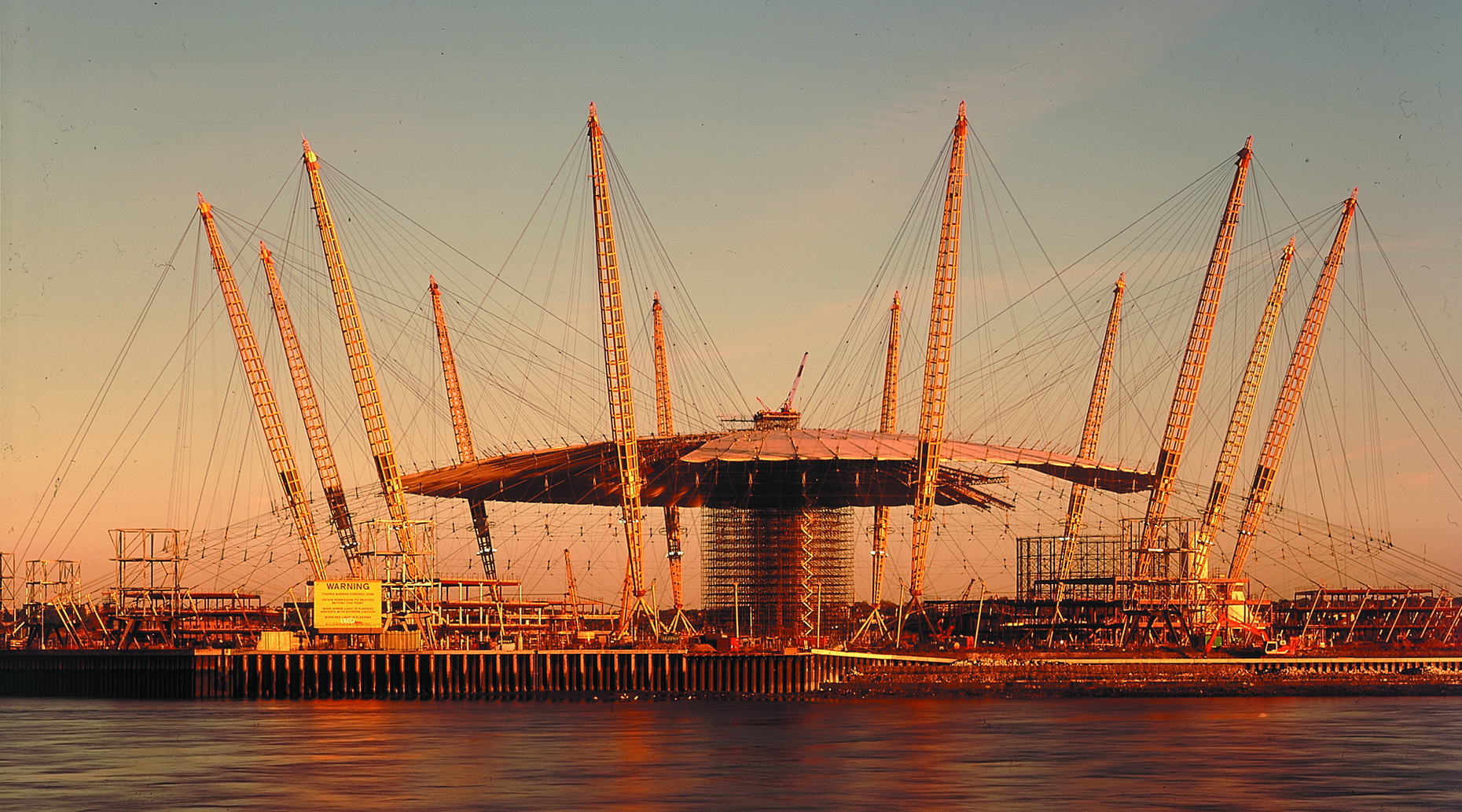 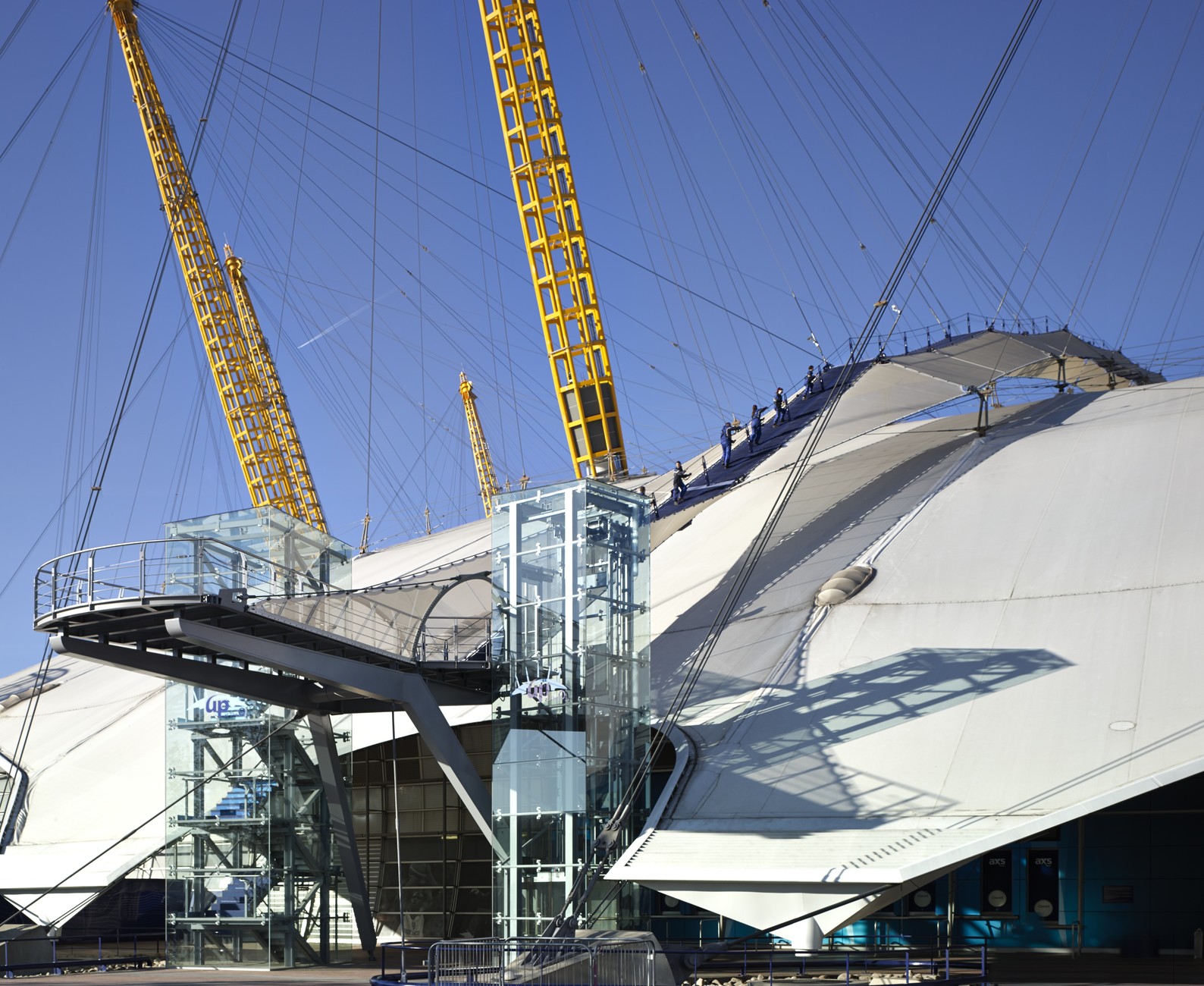 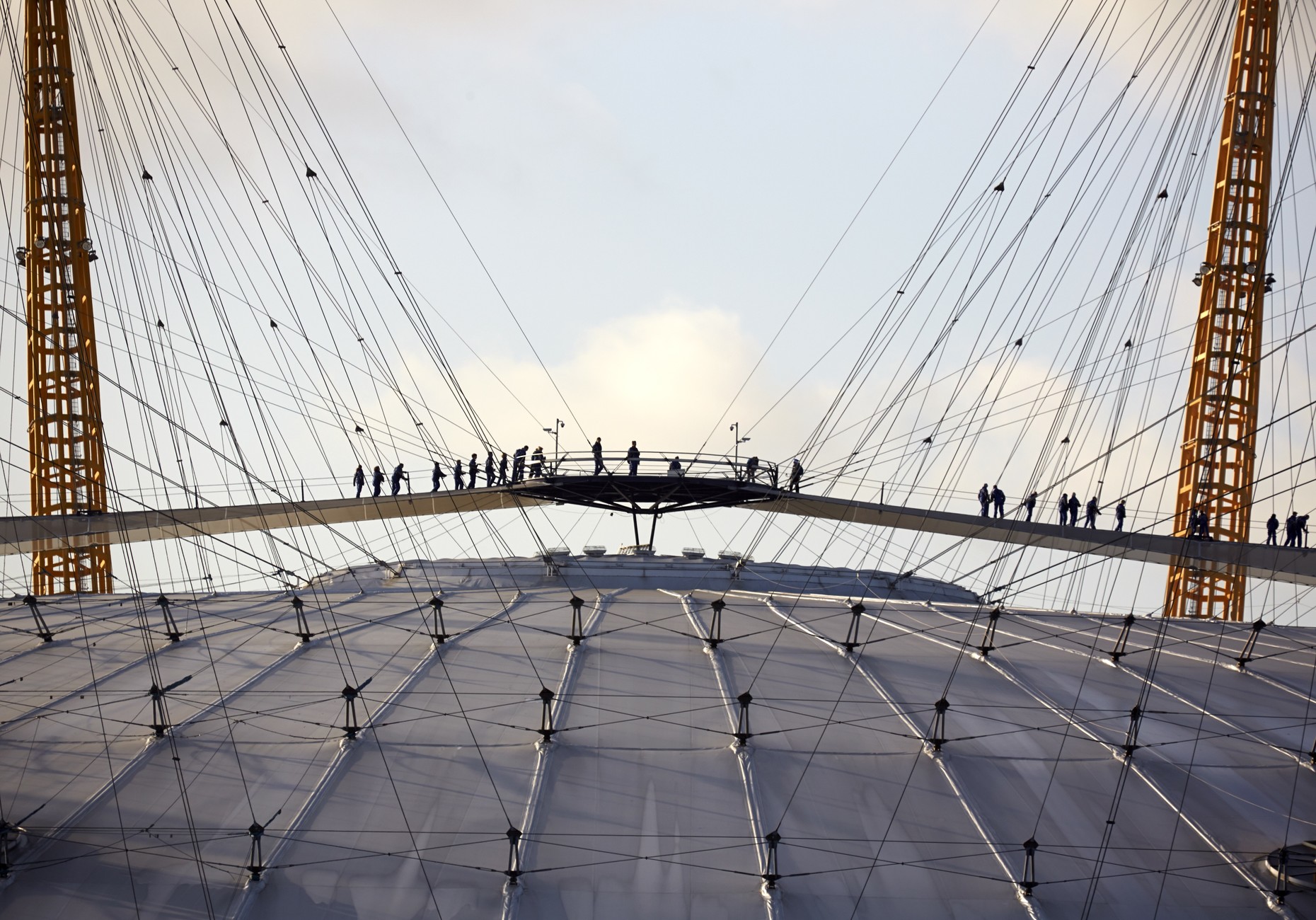 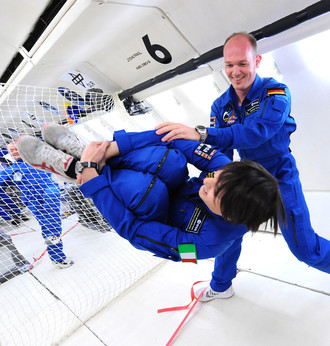 When the spacesuit replaces the doctor

What is currently being developed for outer space and will soon also be used on Earth – is something that is right up the alley of Arnaud Runge, who researches high-tech textiles for medical applications for the European Space Agency. In interview with Fabian Peters he gives us an idea of his work. 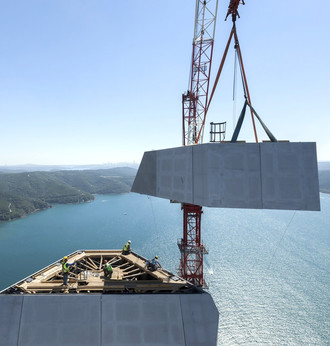 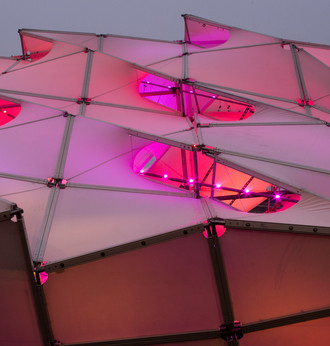 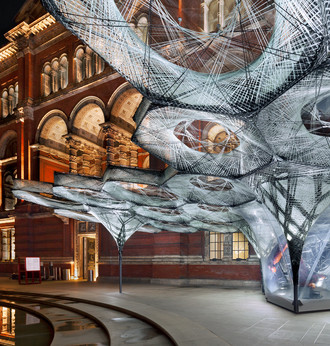