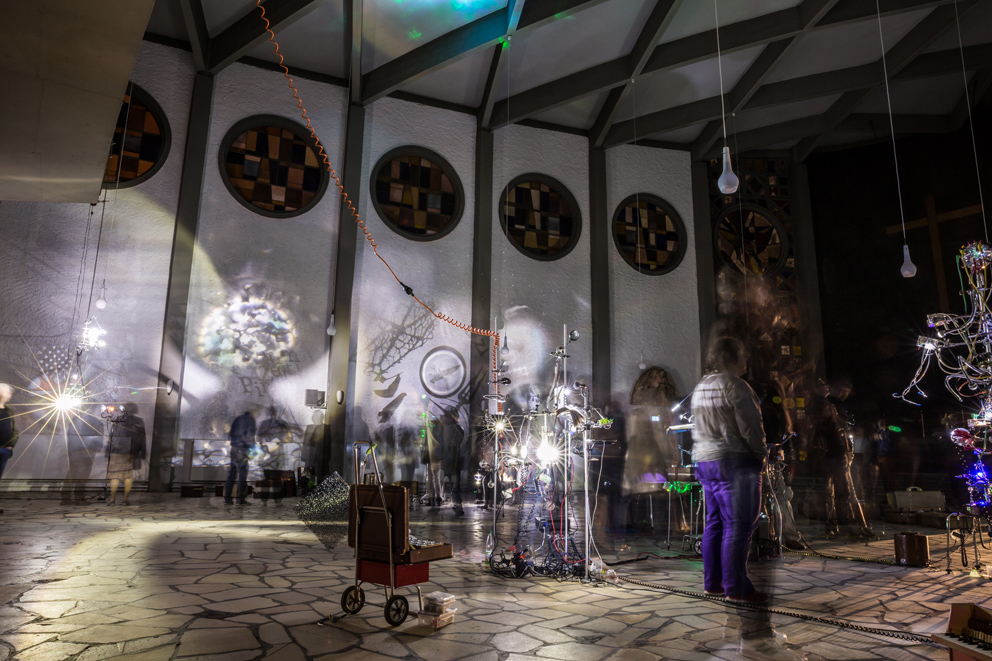 The Weißfrauenkirche in Frankfurt provided a framework for a light and sound installation by RaumZeitPiraten. Photo © Adam Drobiec, Stylepark

The setting the RaumZeitPiraten created on the occasion of the Frankfurt Luminale is as impressive as it is somber. In the converted Weissfrauenkirche, the artists collective assembled a complex matrix of wires, spotlights and magnifying lenses that create an iridescent pattern of light and shadow on the walls. The shadows of dead insects now glide through a space where otherwise holy mass was held. On small tables between the altar and the baptismal font a veritable arsenal of tools is laid out reminiscent of a lab for morbid experiments. Alongside forceps, tubes and flasks you’ll find petri dishes mainly containing organic fabric already starting to decay. Using projectors, images of withered plants and animal skeletons appear on the walls, where, thanks to the skilful use of light effects, they suddenly come back to life. The “canvas” onto which they are projected is in a process of constant change, as the amorphous shapes dissolve by the minute to give way to new silhouettes. Technology and nature, change and decay, light and darkness – the three artists from Cologne term this multimedia collage “ephemeral models of imperfect man-machine counterworlds” toys imaginatively with contrasts sparking in visitors a slight sense of trepidation. 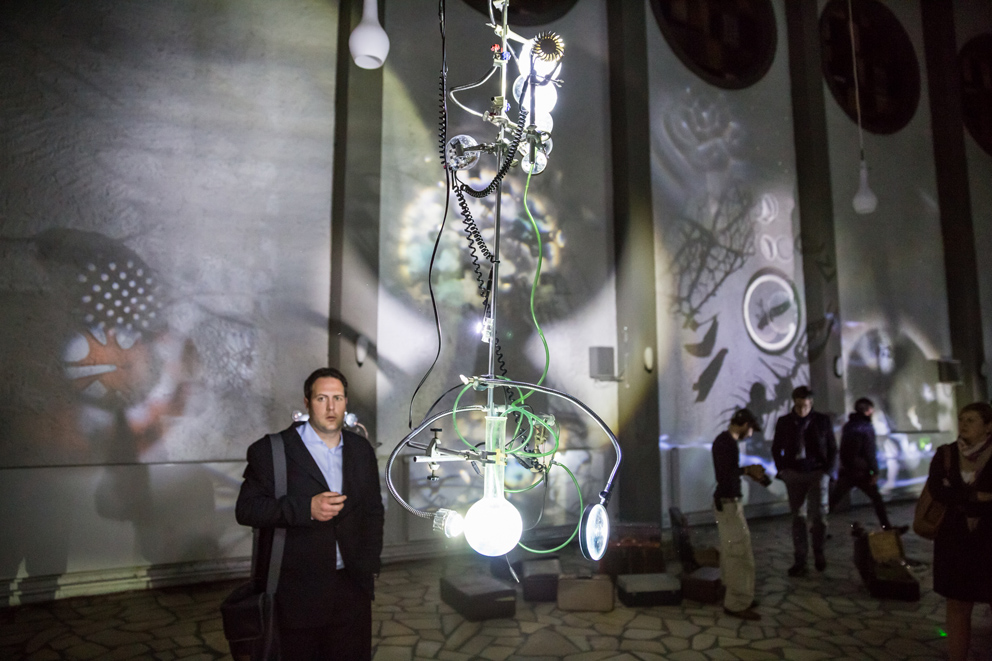 As unusual as the luminaires are the shadows, sliding over the walls after being heightened through magnifying glasses. Photo © Adam Drobiec, Stylepark 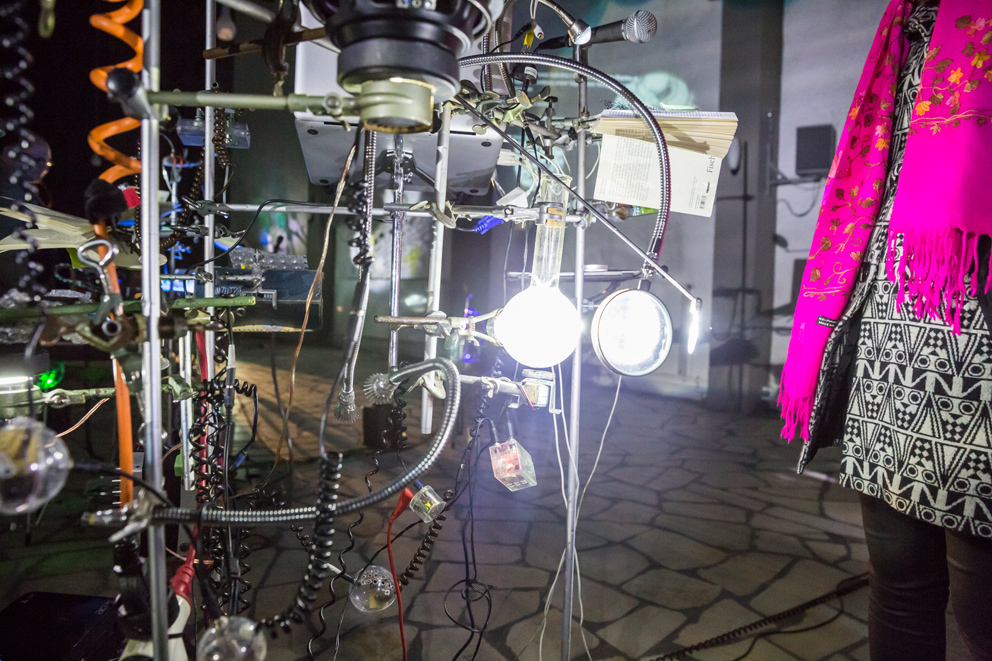 Complex matrixes of wires, spotlights and magnifying lenses are creating a surreal world inside the church, which for the first time this year is part of the Luminale festival.
Photo © Adam Drobiec, Stylepark 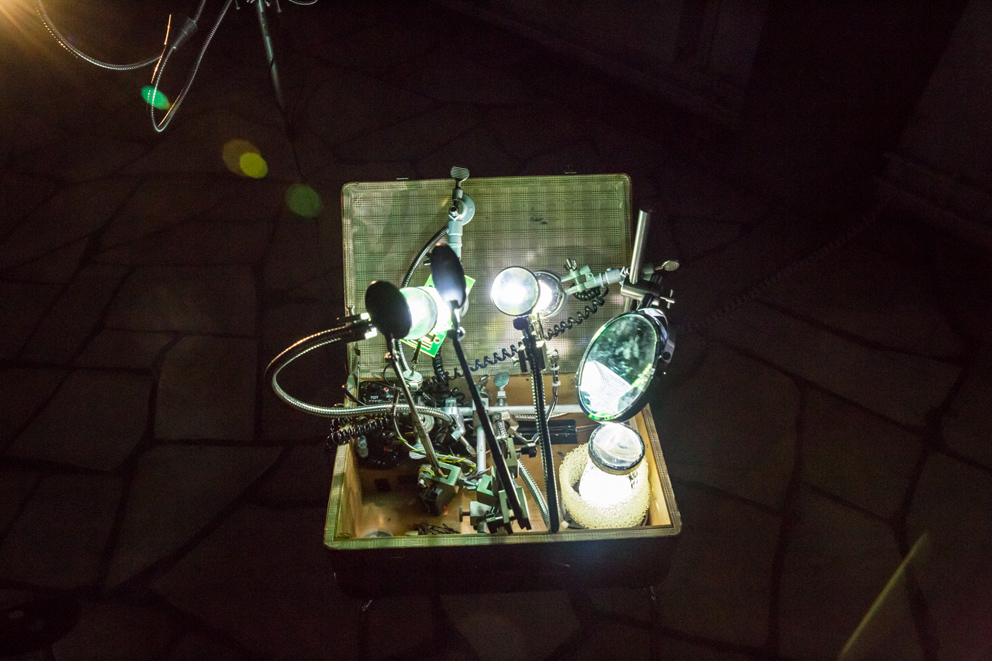 A trunk full of secrets: Tools and pieces from the experimental lab of RaumZeitPiraten. Photo © Adam Drobiec, Stylepark
Advertisement