Tearing buildings down is not the solution

“Adaptive Architecture – Building Upon the Existing” is the name of the current DAM exhibition being held at the museum’s temporary quarters in Frankfurt’s Ostend district of. It runs until January 15, 2023 and highlights just how topical the issue is.
10/17/2022

What potential is there for construction using existing structures? What opportunities are created through partial dismantling, conversions or extensions? And how can such measures contribute to protecting the climate? For the current exhibition “Adaptive Architecture – Building Upon the Existing” at the DAM in Frankfurt curators Katharina Böttger, Jonas Malzahn and Mathias Schnell are showcasing prime international examples that intended to initiate a new approach to the use of existing buildings. Mathias Schnell gave a guided tour of the show.

Anna Moldenhauer: Mr. Schnell, what prompted the curators to address the topic of “building upon the existing”?

Mathias Schnell: What makes this such a compelling subject is the fact that we can only combat climate change if we change our attitudes to construction, achieve a construction transition. Some 40 percent of global CO2 emissions are caused by the construction sector and buildings, and in Germany the industry is responsible for 50 percent of all rubbish – just imagine that! The exhibition includes a screening of an interview with architecture theorist Ákos Moravánszky in which he states that for centuries people have been building using existing structures but that this practice was abandoned in the course of industrialization. However, he also points to a paradigm shift that is taking place precisely because of the climate crisis and crises in general and this shift is also evident in architecture – namely considering the Earth as a closed system. He argues that there must be increased efforts in architecture to establish a contribution to the circular economy through collective and process-oriented building as best practices.

And why is this topic now being treated with such urgency again? Only recently, for example architects, scientists and institutions sent an open letter to Klara Geywitz as Federal Minister of Housing, Urban Planning, and Building, demanding a temporary stop to building demolitions and a revision of the regulations currently in place.

Mathias Schnell: Well, various factors have come into play here. Both the general public and our politicians now have an awareness of how serious the climate crisis is. It has finally dawned on people that we really do have a problem and that we need to identify the causes. And construction is clearly one of them. People must understand how many resources a new building actually requires because a great deal of “gray energy” is involved in a building – ranging from the extraction of raw materials to the production of construction materials and components – but equally the energy required for transportation to the building site, the construction of the building itself, and disposal efforts. In fact, the idea that demolition is cheaper is often false – while it may be cheaper for the investor that certainly doesn’t hold for the climate. Our exhibition aims to kick-start a discussion on this here in Frankfurt, too.

The show features 24 different projects that cover a whole array of topics. What criteria did you apply in selecting them?

Mathias Schnell: The exhibition is divided into six thematic sections: conversion; dismantling; extensions; revitalizing empty buildings; urban and village renewal; and converting listed buildings. Four examples of each are given. None of the examples are more than seven years old and they represent different scales, ranging from detached houses to large housing estates. There are no limits either in terms of the dimensions or of the culture when it comes to building upon existing structures; indeed, good examples are to be found on every continent. What was also important to us were the different forms of usage – from housing and workspaces through to public facilities. Another important aspect for us was to rely on existing materials for the exhibition displays. In fact, we re-used items from the DAM’s storage rooms. And for the presentation of the exhibits, a printing company provided us with paper left over from other orders that couldn’t otherwise be used. In other words, we made a conscious effort to work with what we had even though the final result might not always be perfect – also an issue when using existing structures for building. For example, the paper varied both in quality and whiteness. Traces of previous use are evident and you can see that some things don’t really go together but then we wondered whether it isn’t perhaps necessary to redefine beauty as we currently try to achieve it. And during our research in this context, we came up against the statement that if it entails waste something can no longer be considered beautiful. Working with what you have creates a different type of beauty and we present examples of this. On the issue of climate protection, we collaborated with the “Architects for Future” initiative.

Mathias Schnell: That’s also evident in the context of urban planning. A city is a collage since it consists of different epochs. When its previous uses are visible then it achieves a vibrancy that can also be perceived in a building. Conversion and modernization are two of the most common types of building work in Germany. On this topic we show international solutions for repurposing existing spaces. There is “Sesc 24 de Maio” by Paulo Mendes da Rocha + MMBB Arquitetos in São Paulo, Brazil, where what was once a shopping mall now serves as a meeting place and service hub with a rooftop swimming pool, a theater, restaurants, and various medical facilities. It’s a really good example of how a commercial space has been transformed into space that everyone can use. Another example is the swimming pool “Spaardersbad Gouda” built in the 1930s in the Netherlands and whose construction was financed by the town’s inhabitants. Now Mei architects have integrated six loft apartments into it while the pool itself acts as a communal courtyard. Essentially, the intervention involved opening the outer facade to let in more daylight and ventilation, and adding an interior glass facade in the building. Otherwise, a great deal of the original structure has been retained. Another interesting example is a former psychiatric hospital in Belgium dating from 1908 that was no longer used and was due to be demolished. Architects Jan de Vylder and Inge Vinck partly gutted and stripped back the structure and opened it up, thus ensuring it no longer has a specific function and can be used by patients seeking solitude. Moreover, the intervention was done in such a way that the space could still be repurposed in the future.

What I find fascinating here is that the architects stepped back at this point and left the final design language to the building’s users rather than seeking to have their own style immortalized there. Do you generally have the impression that architects are starting to think in this way?

Mathias Schnell: Absolutely. We had a boom in star architecture in the 1980s, 1990s and 2000s. For some time now and this is partly thanks to the new generation of planners, we are seeing that it is no longer just about the individual but about collective decision processes and an interdisciplinary view of architecture and urban spaces. These are groups that not only consist of architects but also include say sociologists and political scientists, meaning the proposed transformation is viewed from different angles. This shifts the focus to the social importance of architecture. And there are more and more projects that exploit the potential of circular construction. One example being a commercial building in Winterthur designed by architectural practice Baubüro in situ where over 70 percent of the materials used to add an additional three storeys came from recycling – from the facade to the windows and door handles. This meant CO2 emissions were cut by over 50 percent compared to a new building.

What would you say is the greatest challenge facing architects who work with existing structures and materials? Is it the regulations?

Mathias Schnell: Many of the architects we have spoken to have indeed talked about the sometimes absurd hurdles created by existing laws and regulations. For example: A staircase that may no longer be used because it no longer complies with the current DIN standard anymore but can’t be replaced because it is heritage listed. That’s why the Bundesstiftung Baukultur (Federal Foundation for Building Culture) is also currently calling for new conversion regulations. And our research revealed that often converting a building is not enough; if the repurposing or revitalization of an area is to be successful you also have to include and adapt the immediate vicinity, too.

What message do you want to convey with the “Building Upon the Existing” exhibition?

Mathias Schnell: It’s a message meant for all of us – because architecture concerns everyone. So, it was important for us to show how diverse this topic is and to offer something to as many people as possible. The exhibition therefore includes presenting international best-practice projects, filmed interviews with experts, and more complex issues in the projects located in Frankfurt. Educational displays along the way invite visitors to take a closer look at building materials. We have organized a wide range of fringe events including family tours and building workshops as well as cycle tours and discussions with experts from the field, research and administration. There’s also an event called “Better building with the neighborhood” which is all about creating a building culture that involves the local community. That’s the bottom line: We have to reach out to everyone when conveying ideas, though having said that it’s not easy. And we need to strike a balance by having different educational offerings.

Adaptive Architecture – Building Upon the Existing
Until 15 January 2023 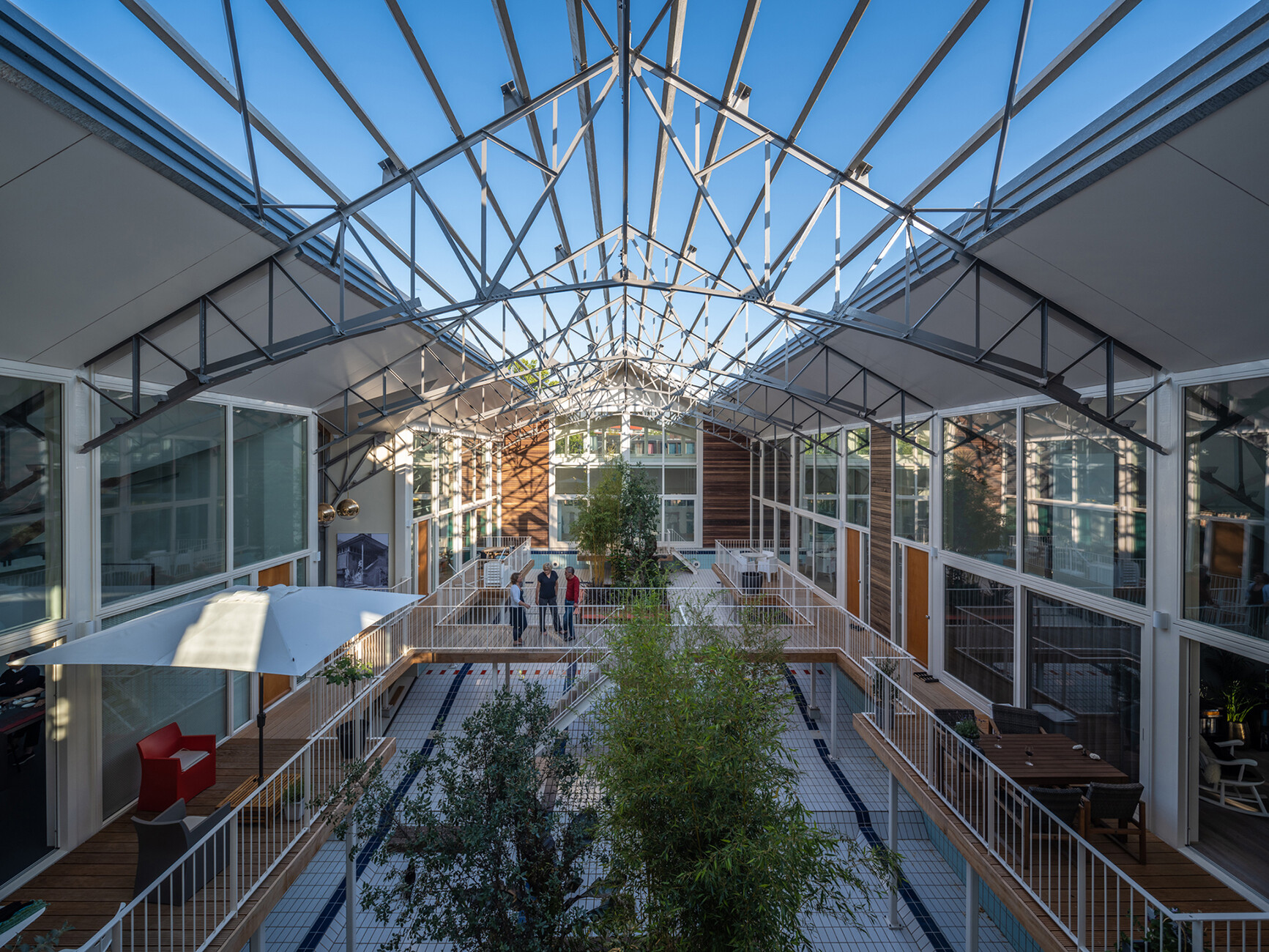 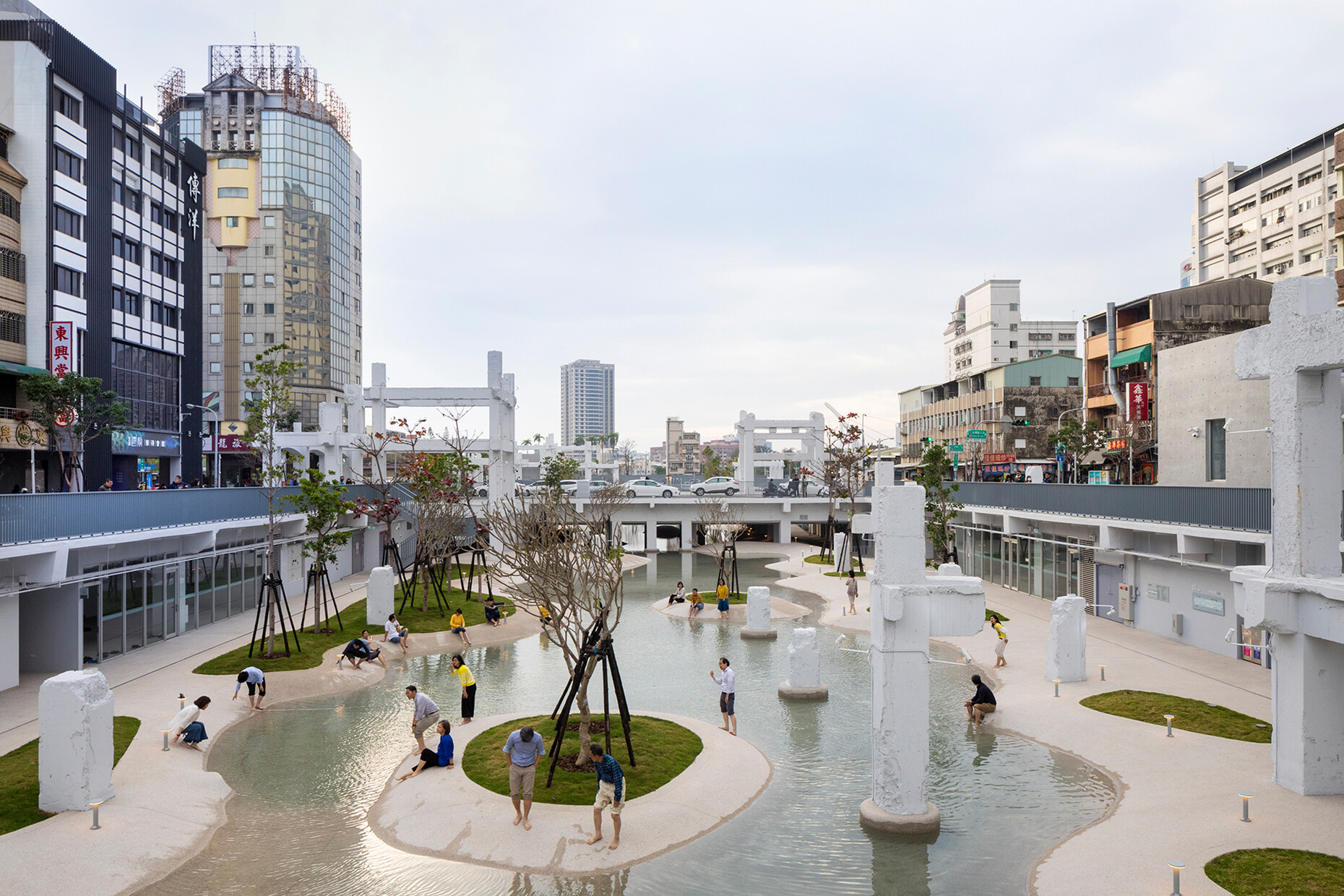 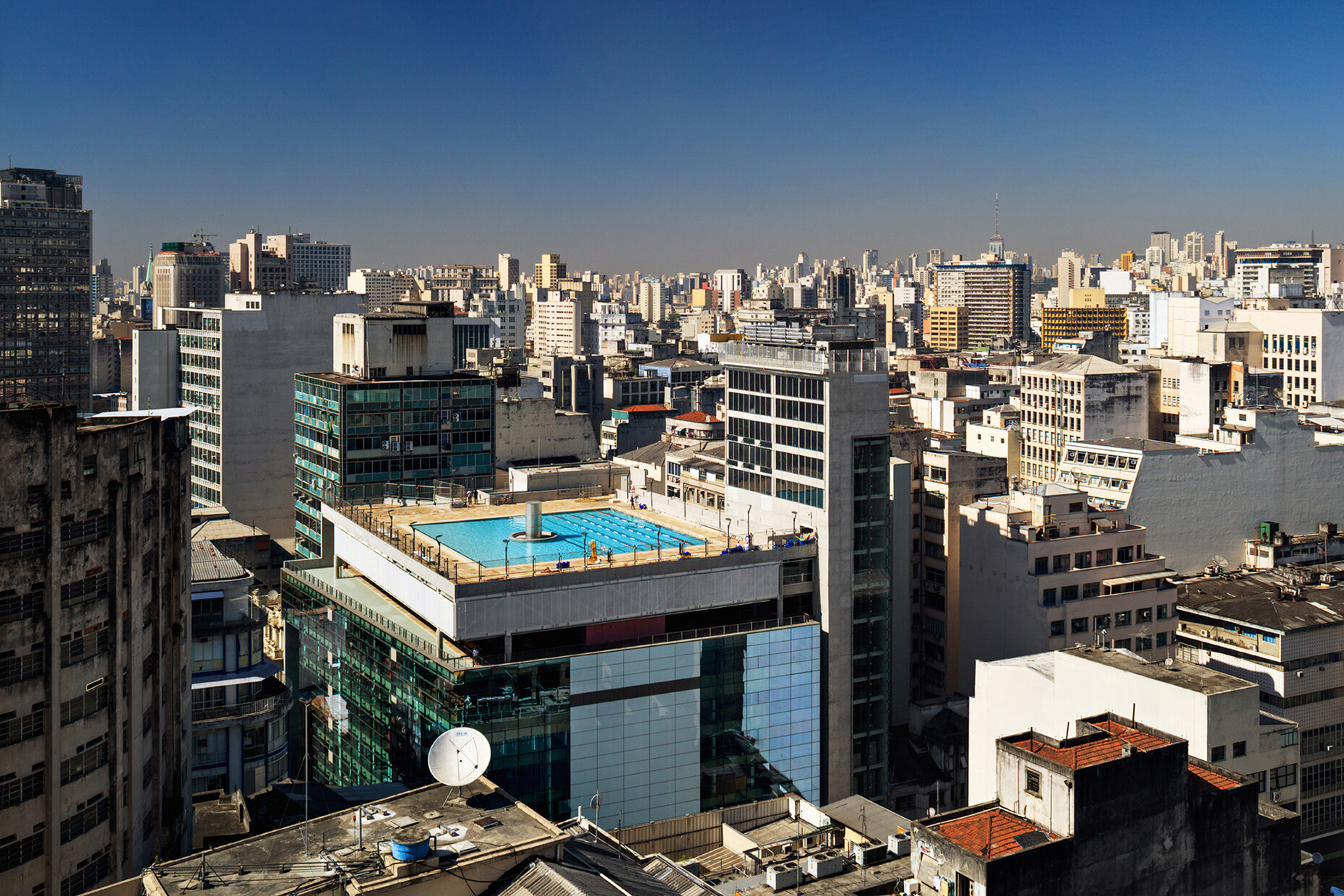 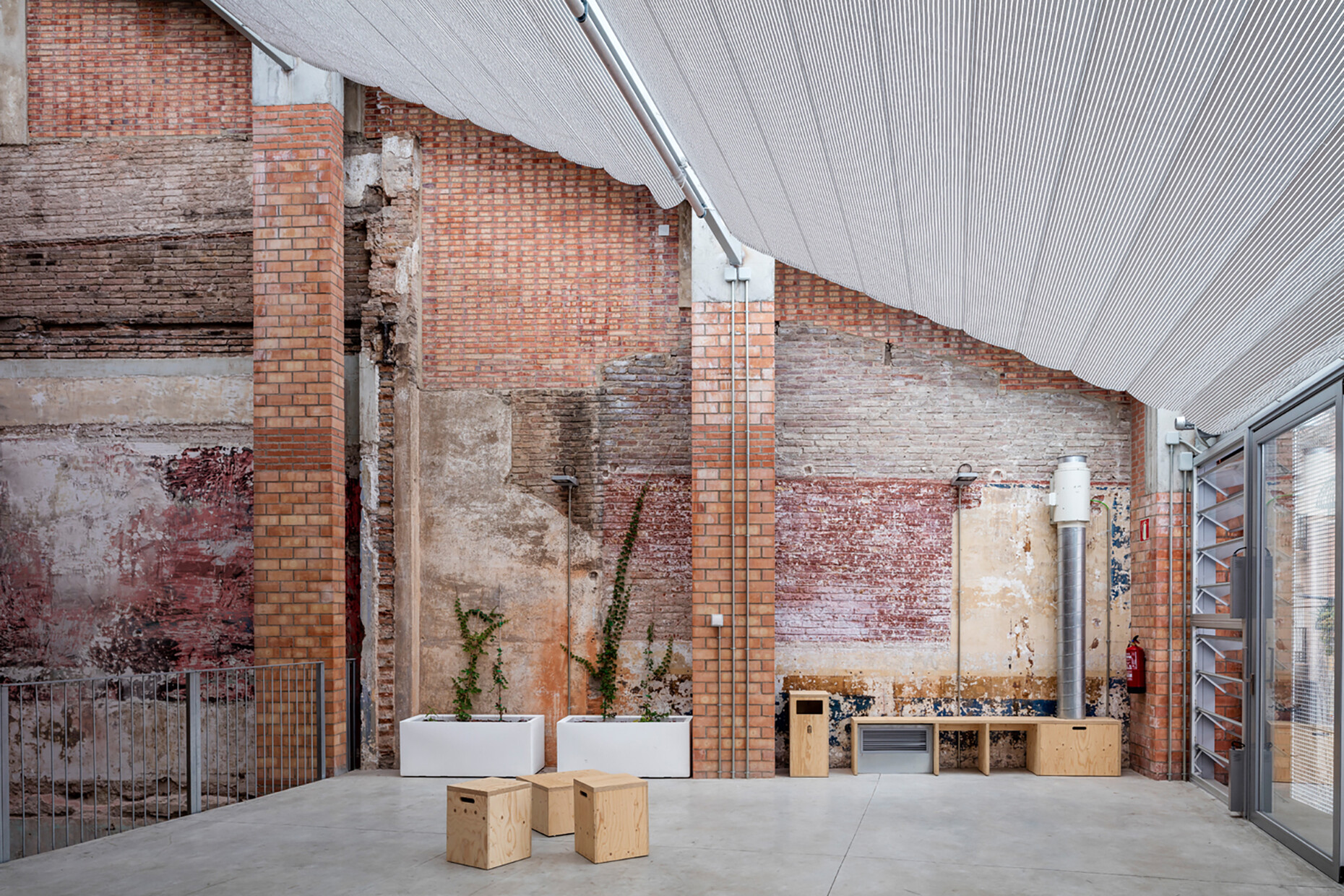 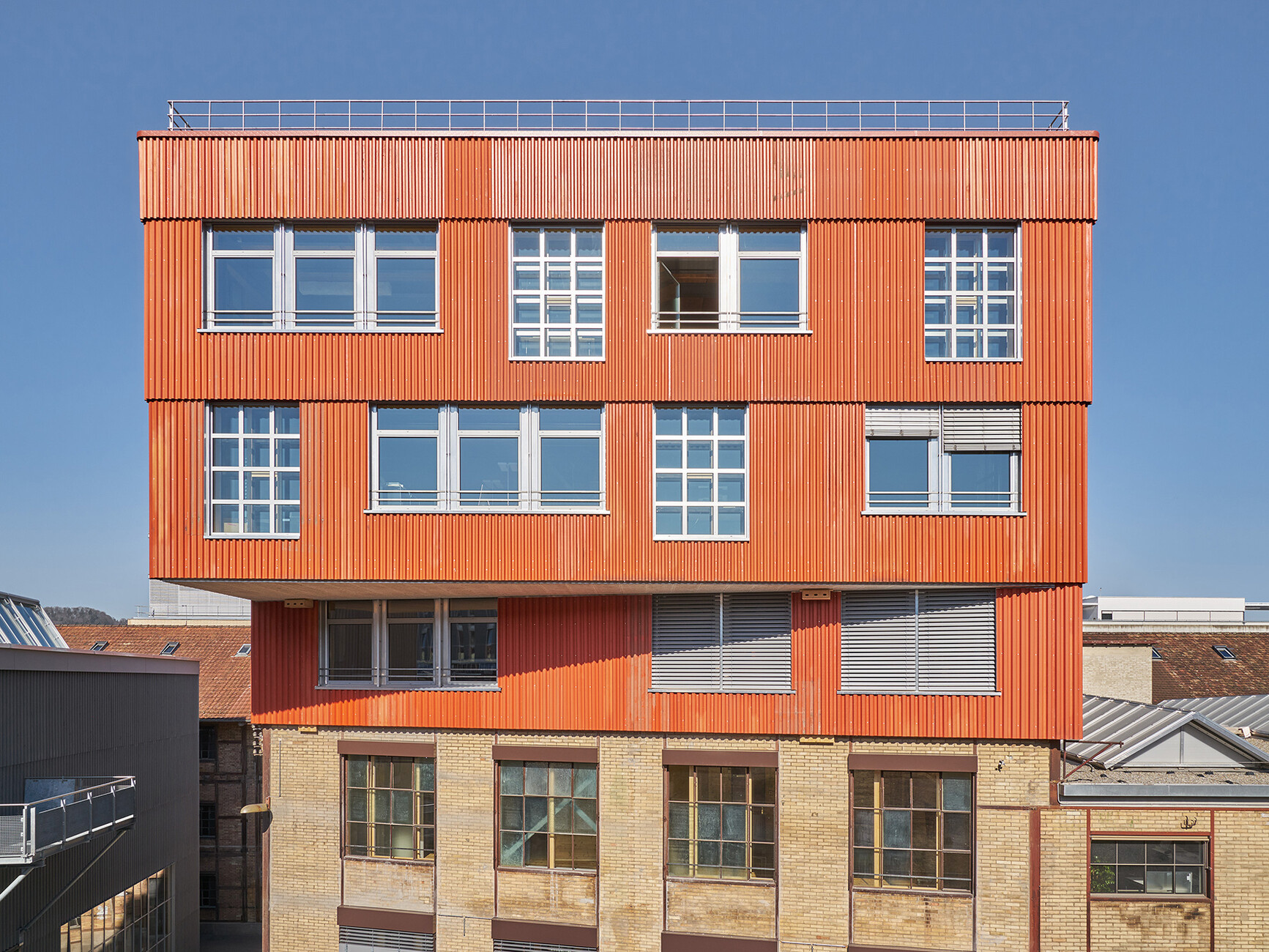 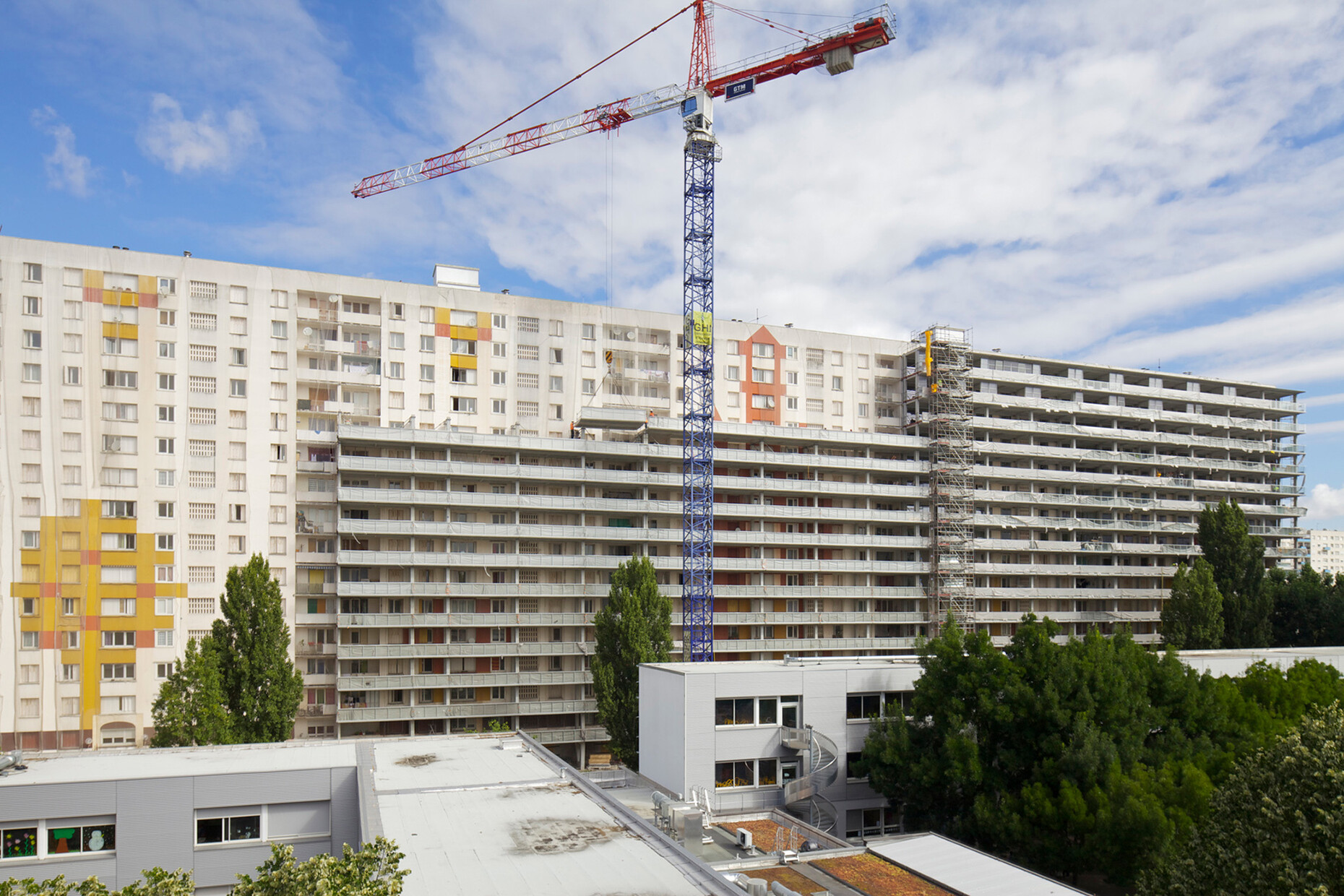 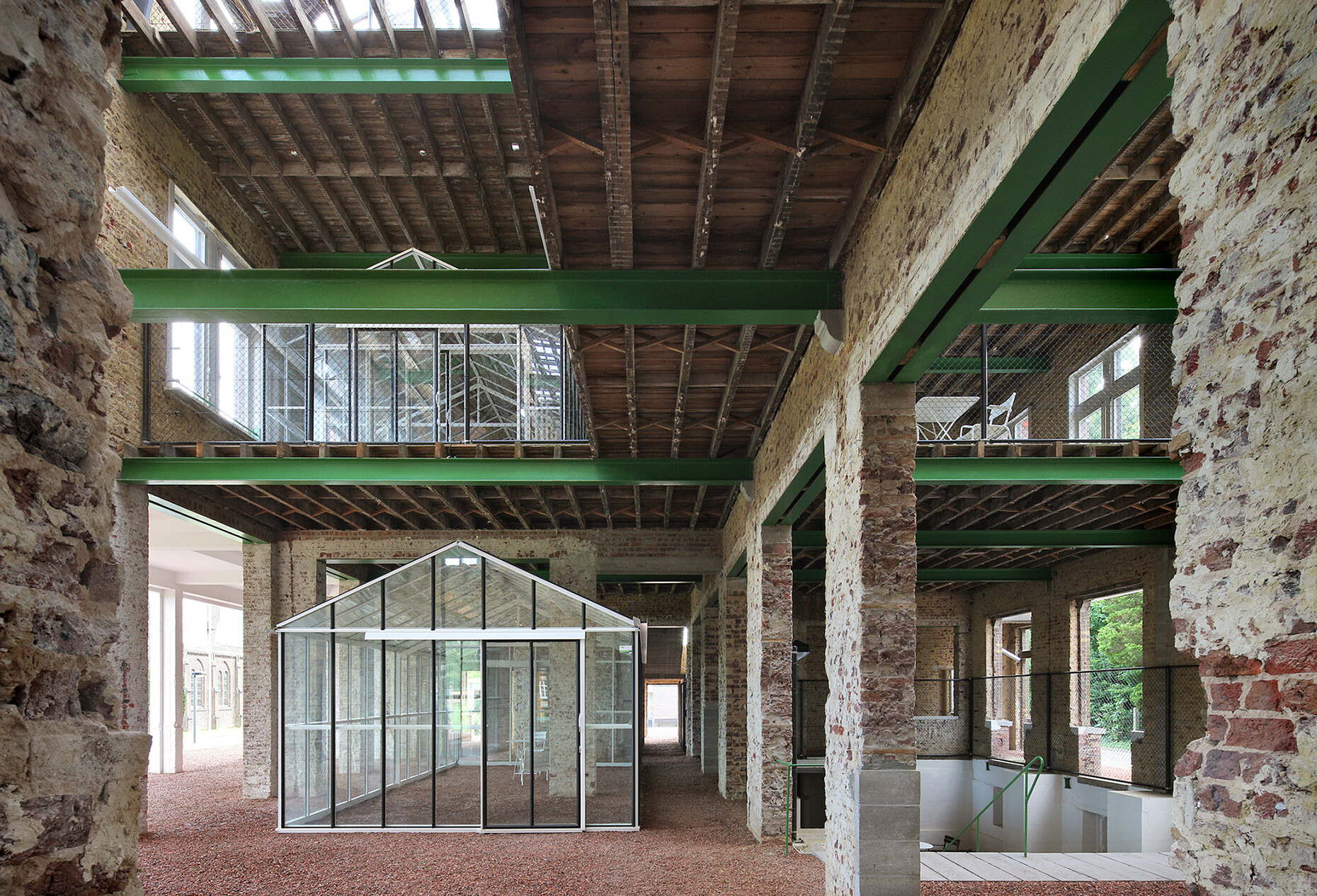 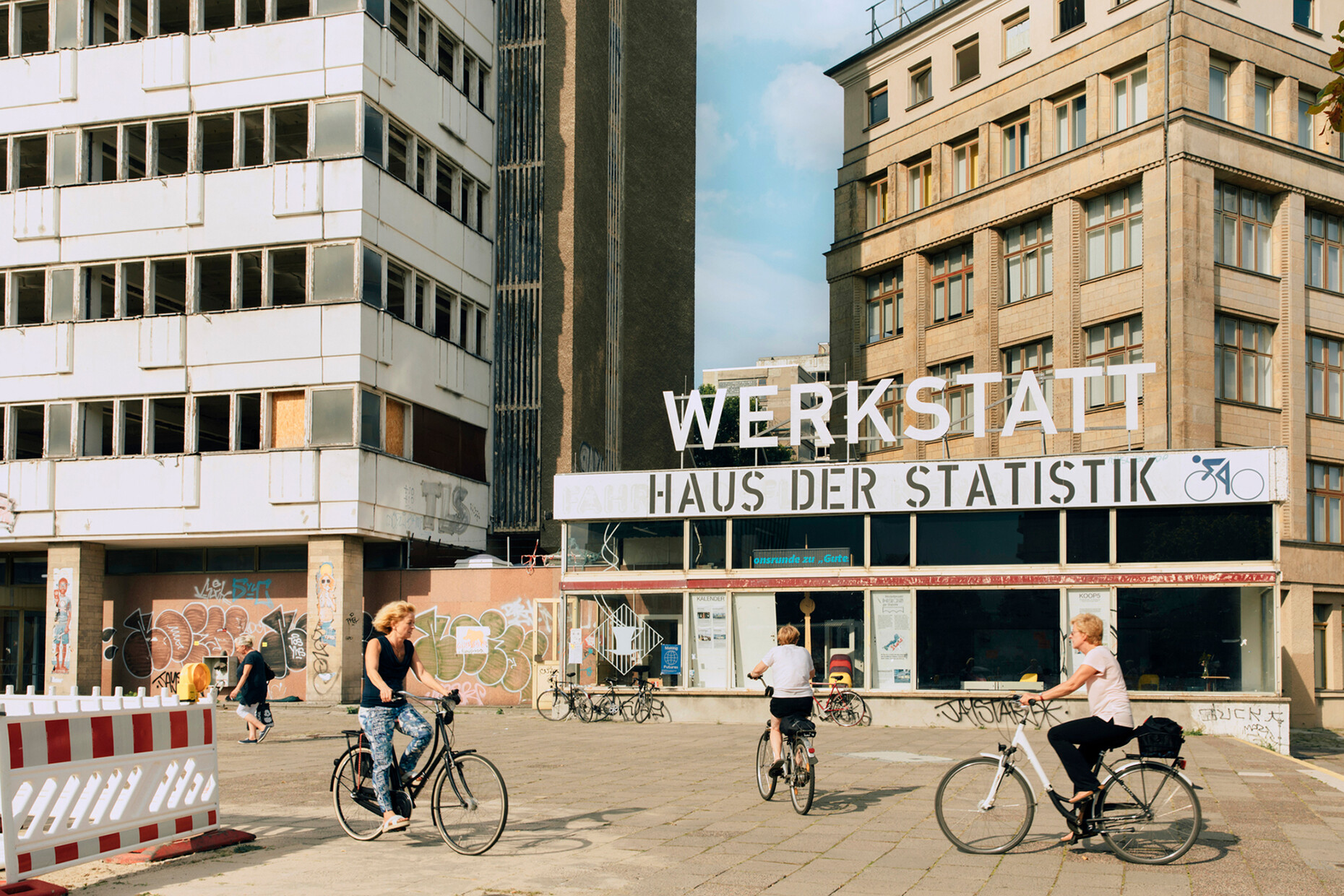 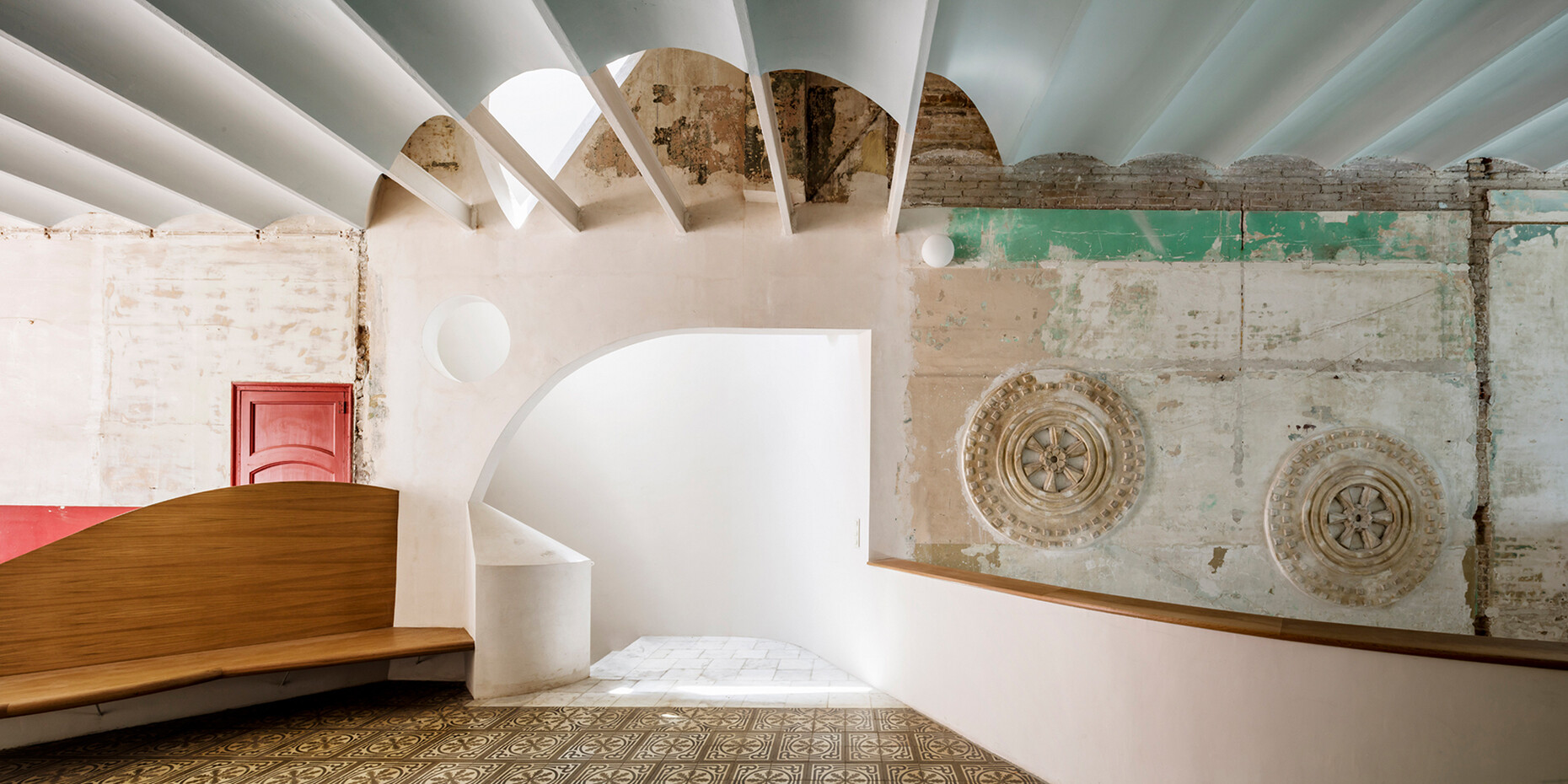 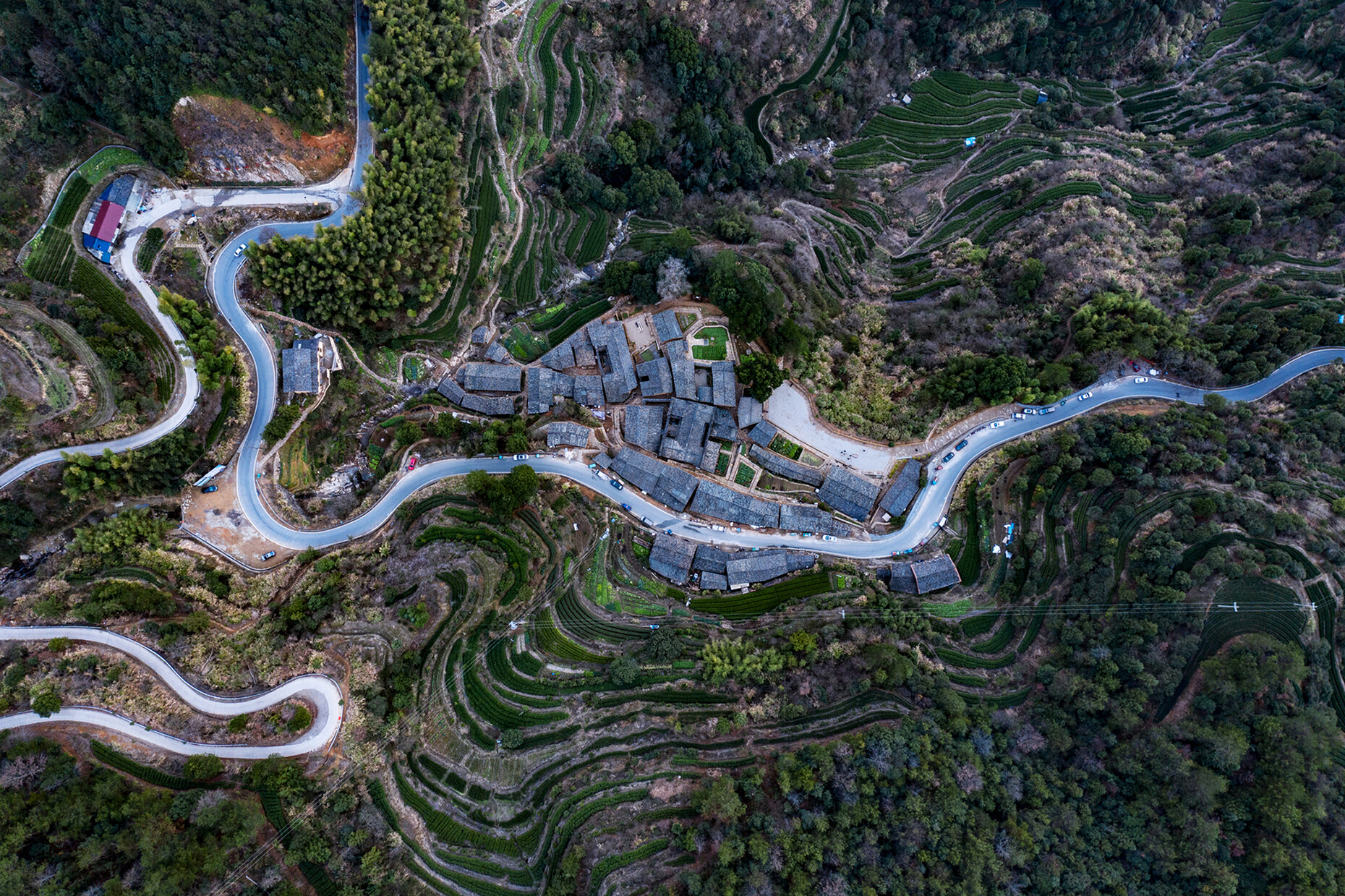 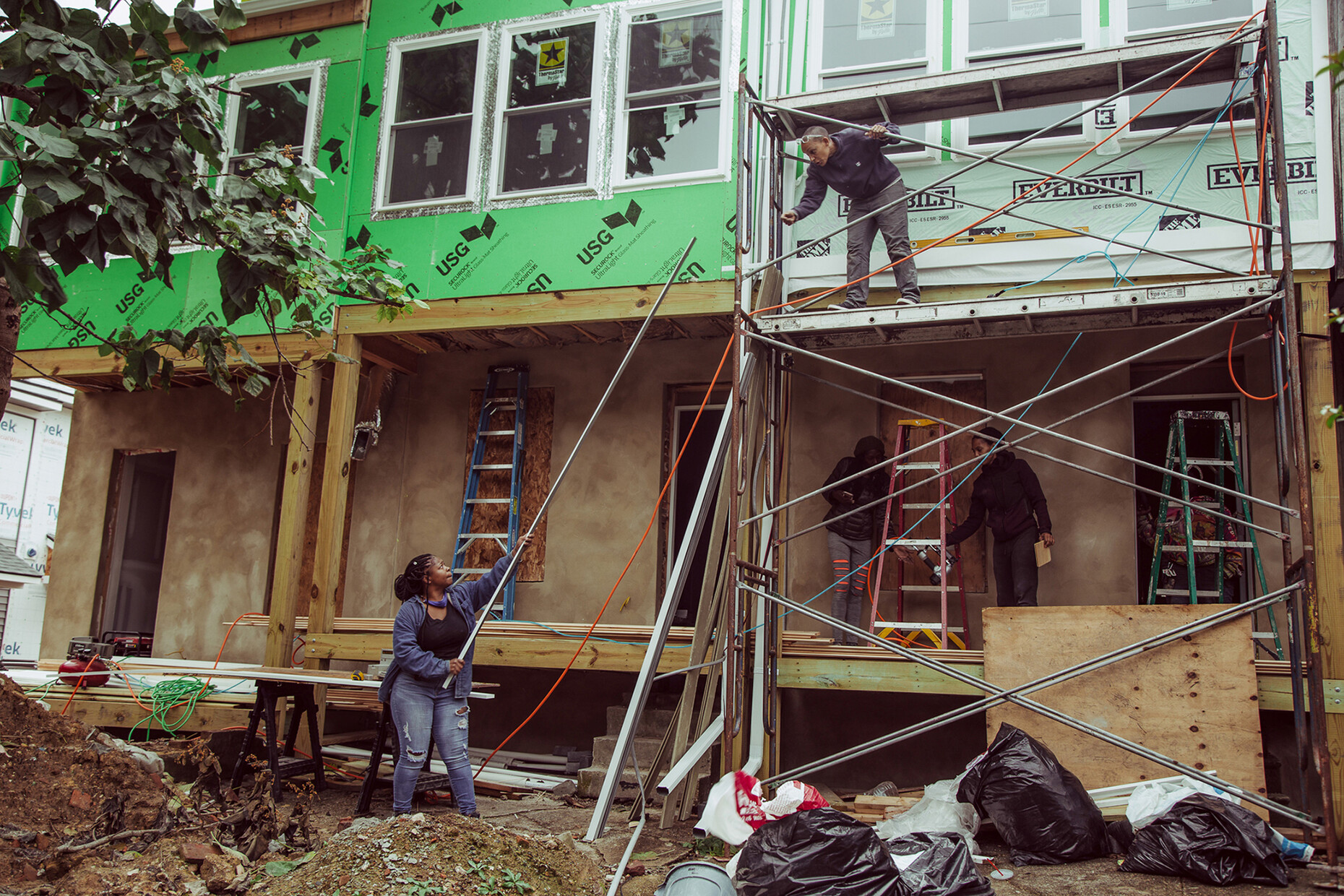 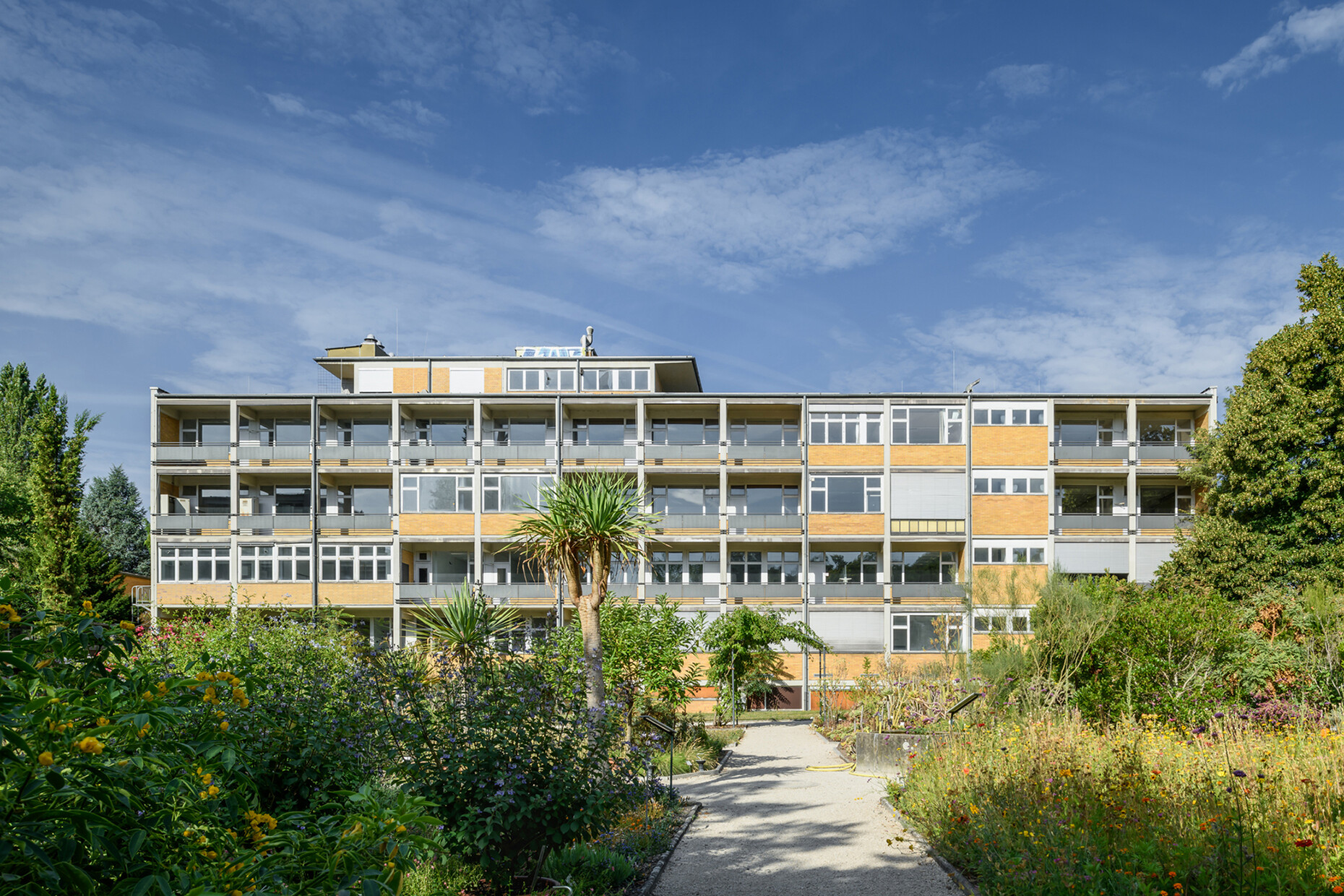 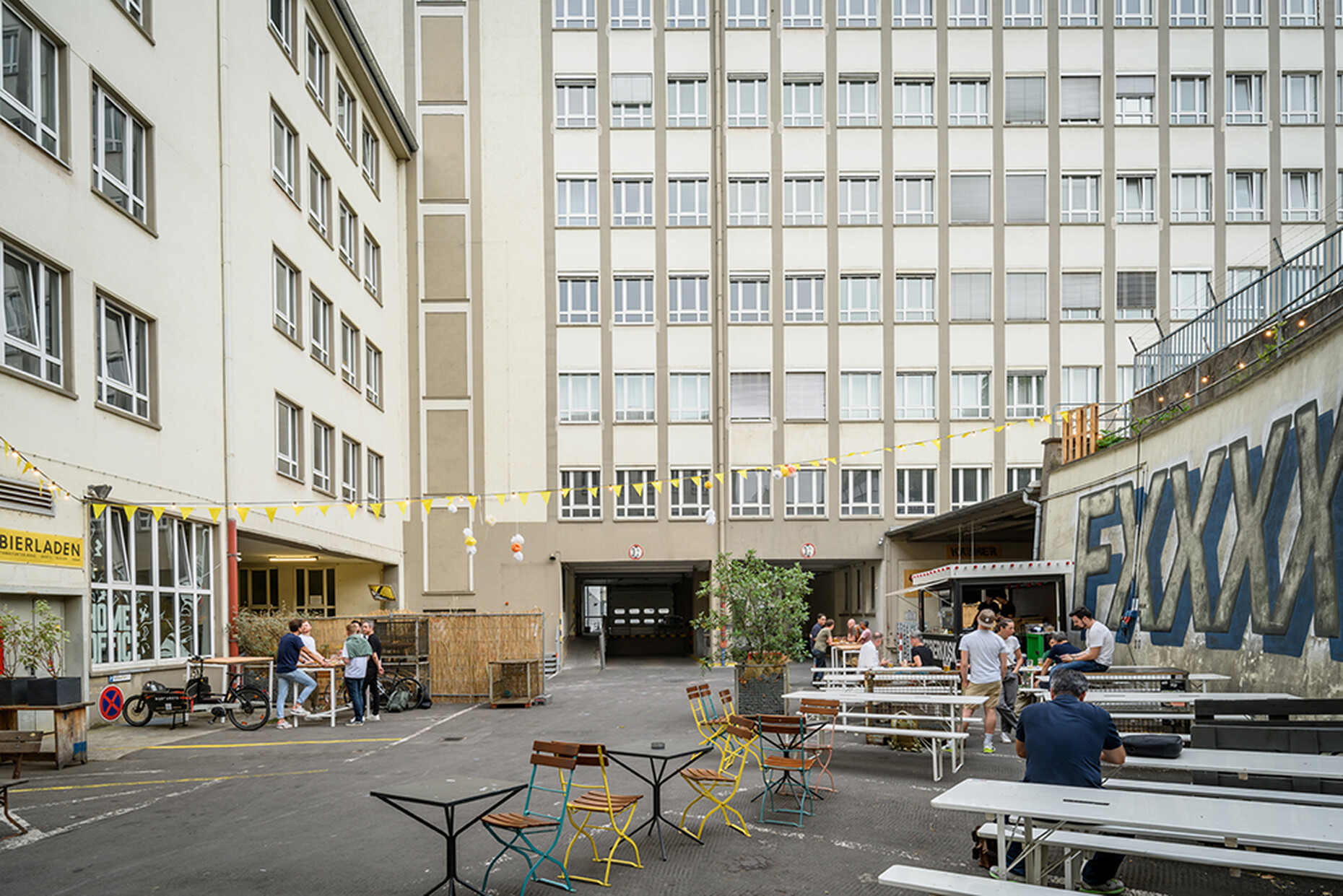 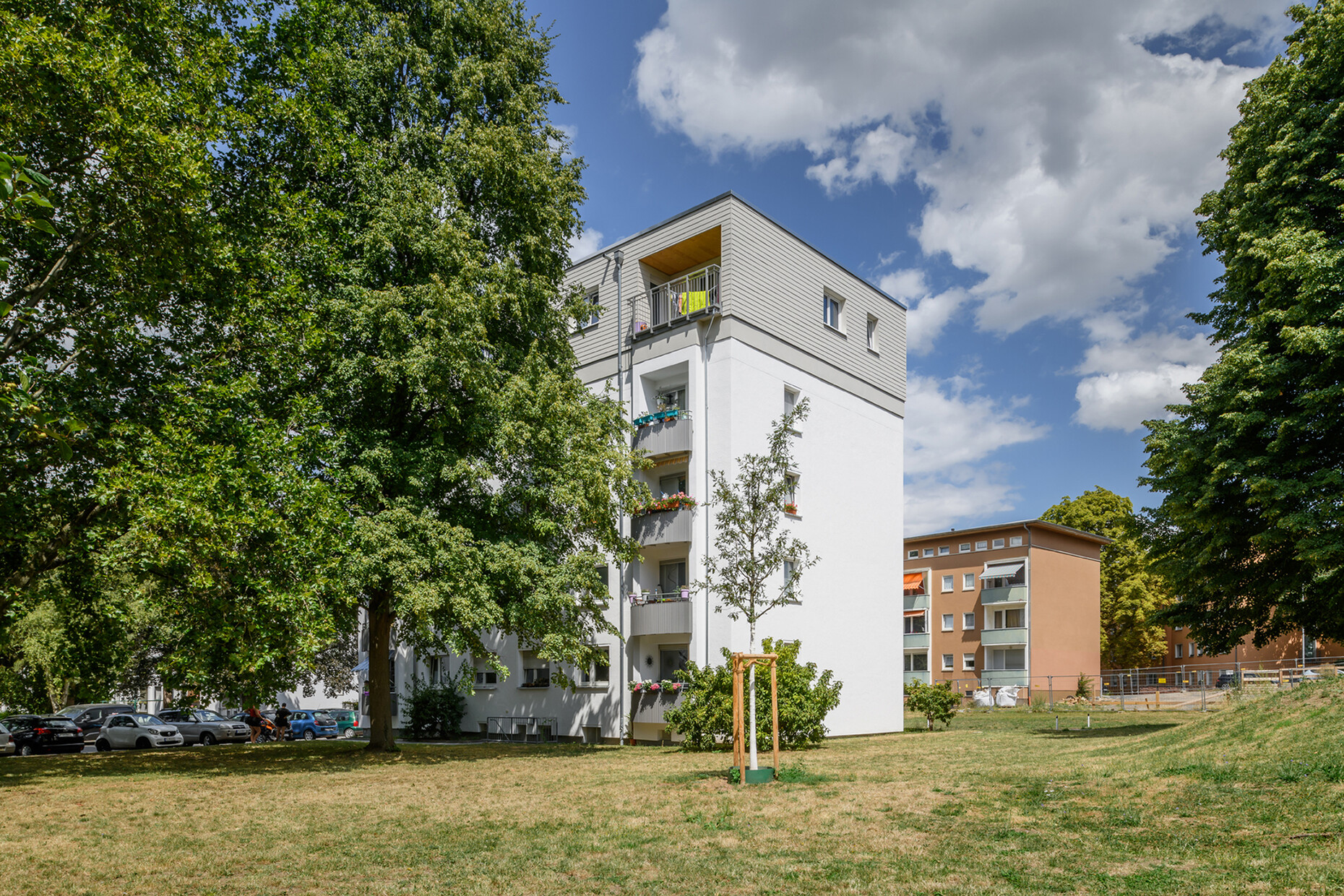 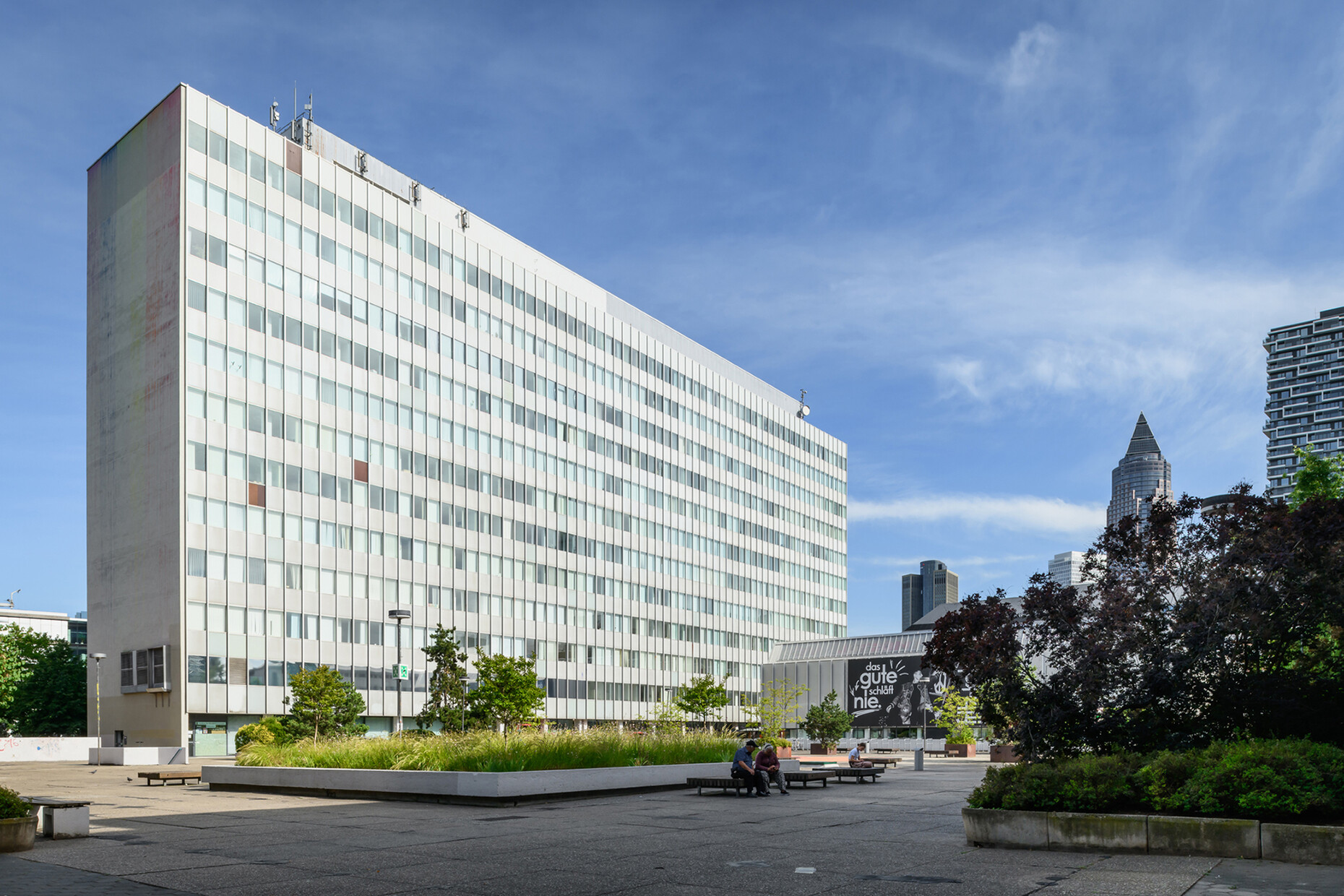 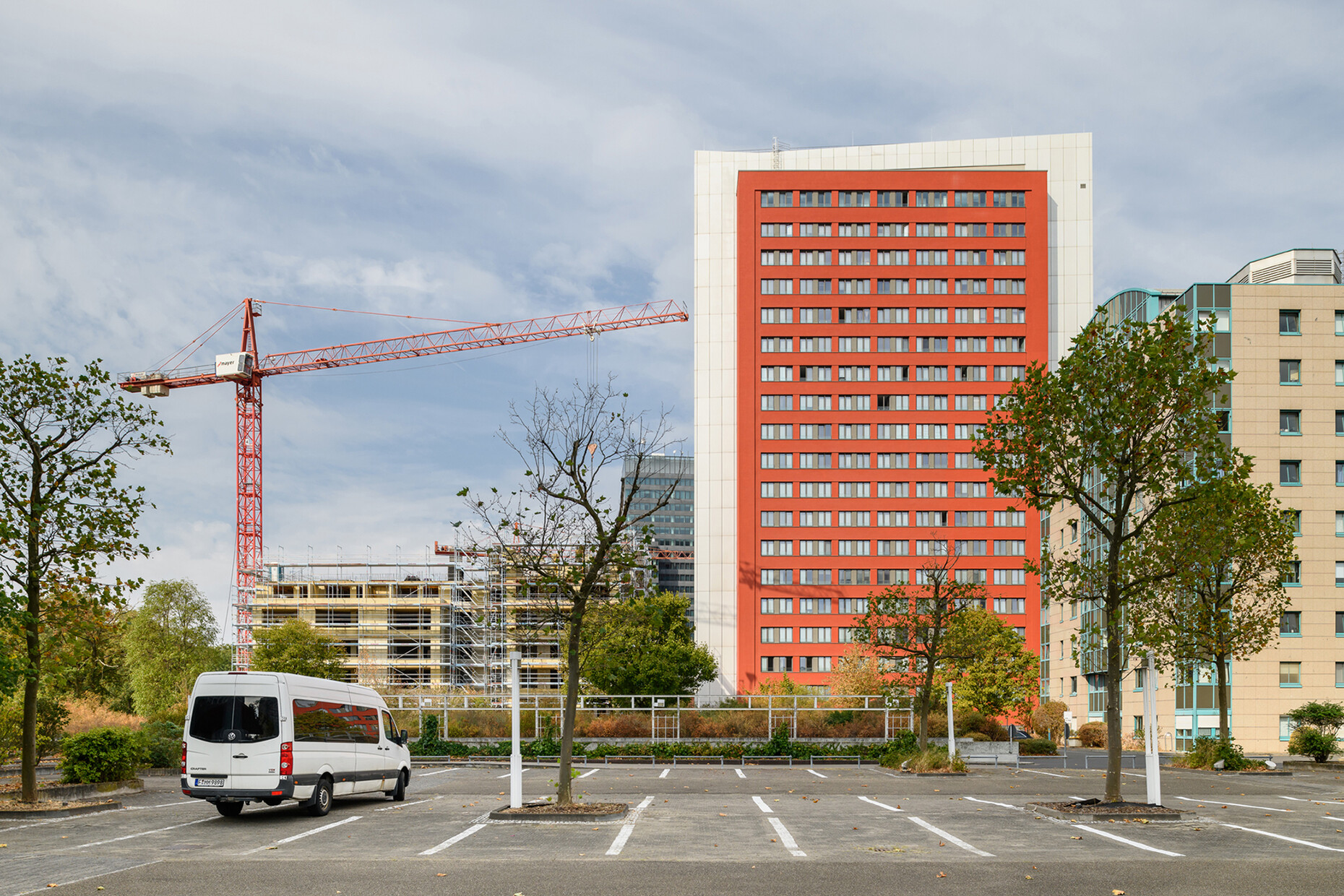 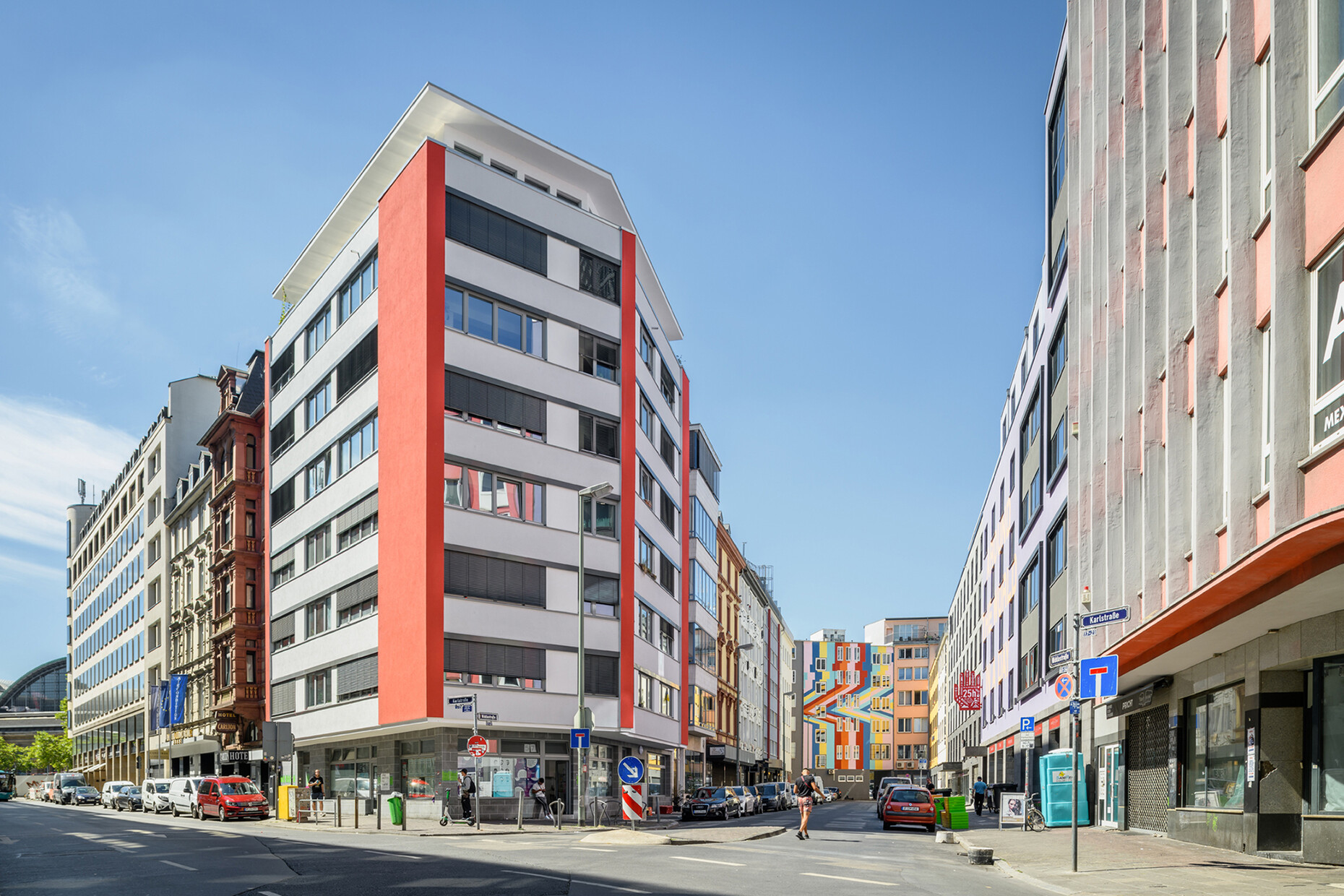 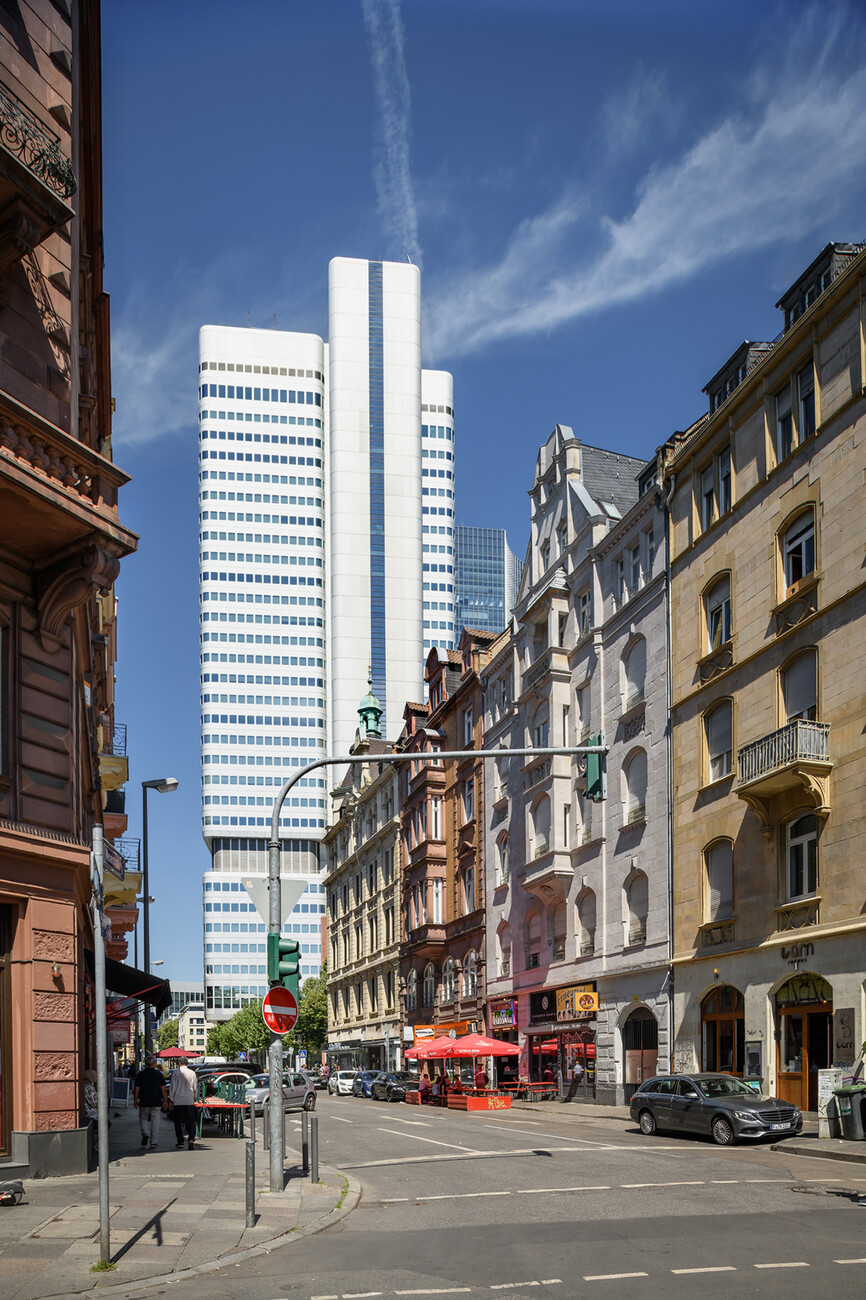 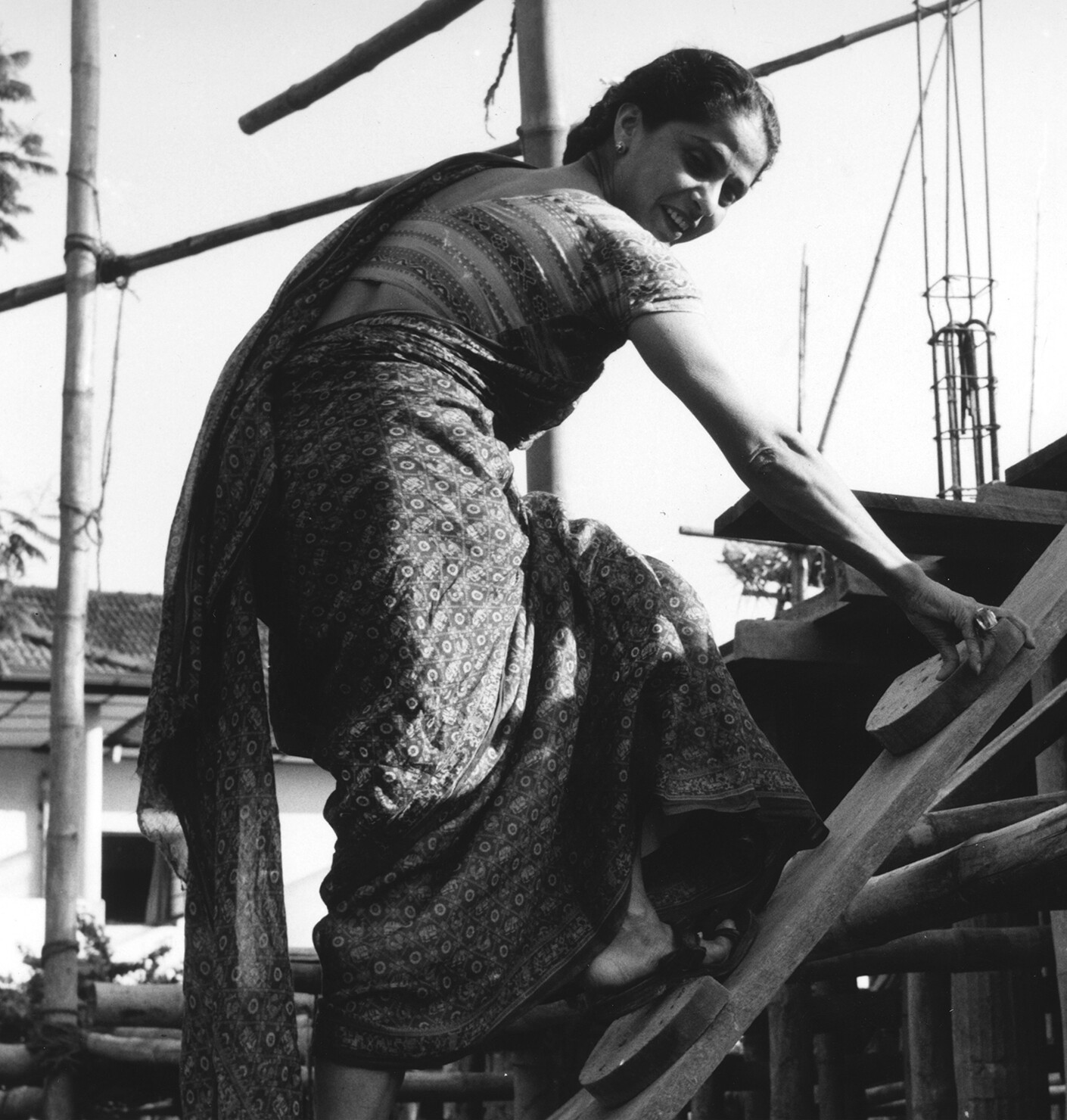 In our series "Spotlight on Women Architects" we regularly present the work of female architects – the Sri Lankan architect Minnette De Silva was a true pioneer and combined tradition and modernity in her projects. About time to rediscover her work. 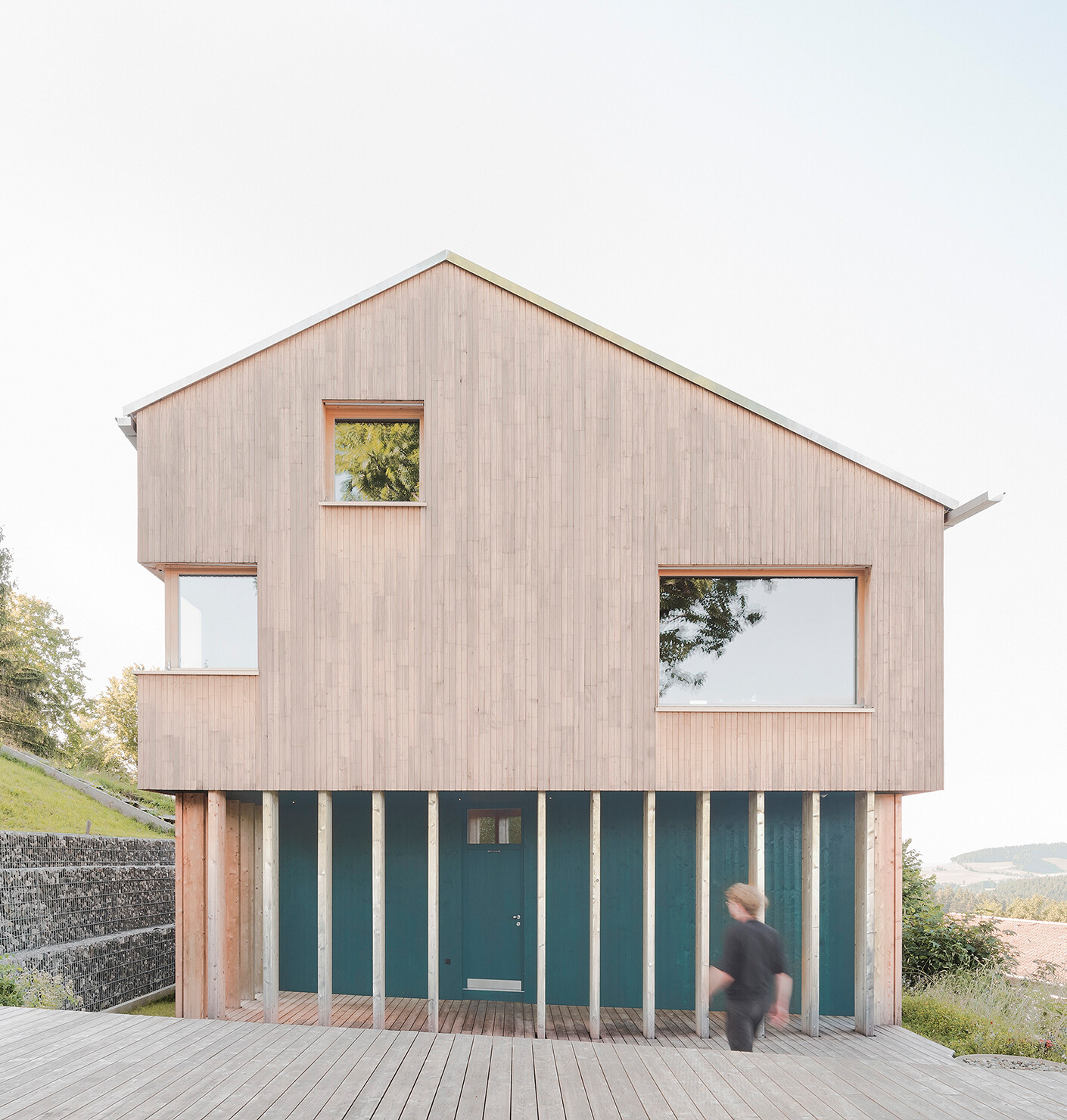 A house that grows with you

Designed by Stuttgart-based architecture practice Yonder, Haus S together with the adjacent sauna annex forms an ensemble that boasts an extraordinary view out over the Allgäu countryside. 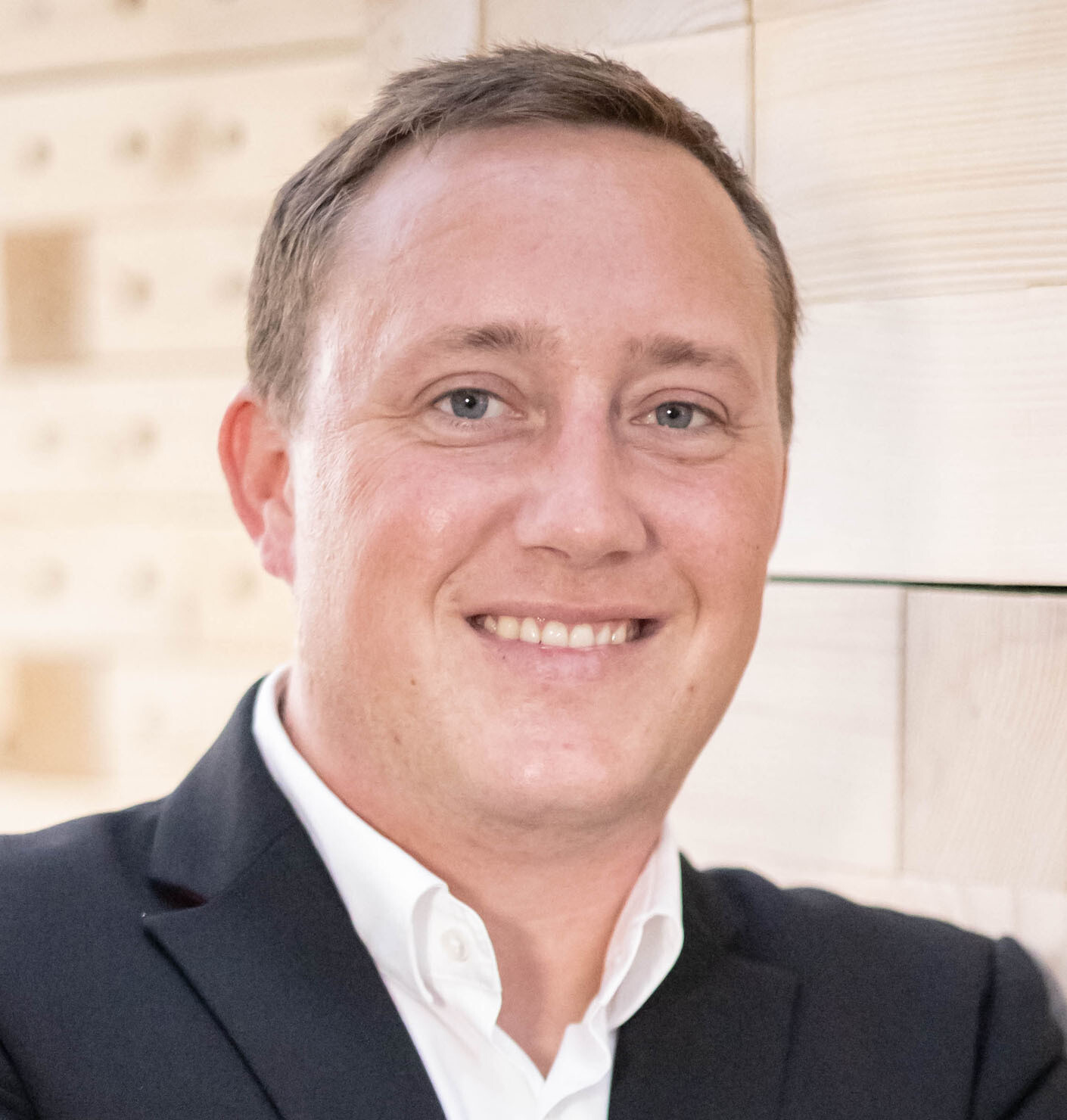 Building blocks for the construction revolution

TRIQ GmbH has developed "TRIQBRIQ", a patented timber construction system for which weak and damaged wood is used as a recyclable building material. The goal is climate-neutral buildings that promote a rethink in the construction industry. Managing Director Max Wörner explains the concept in an interview. 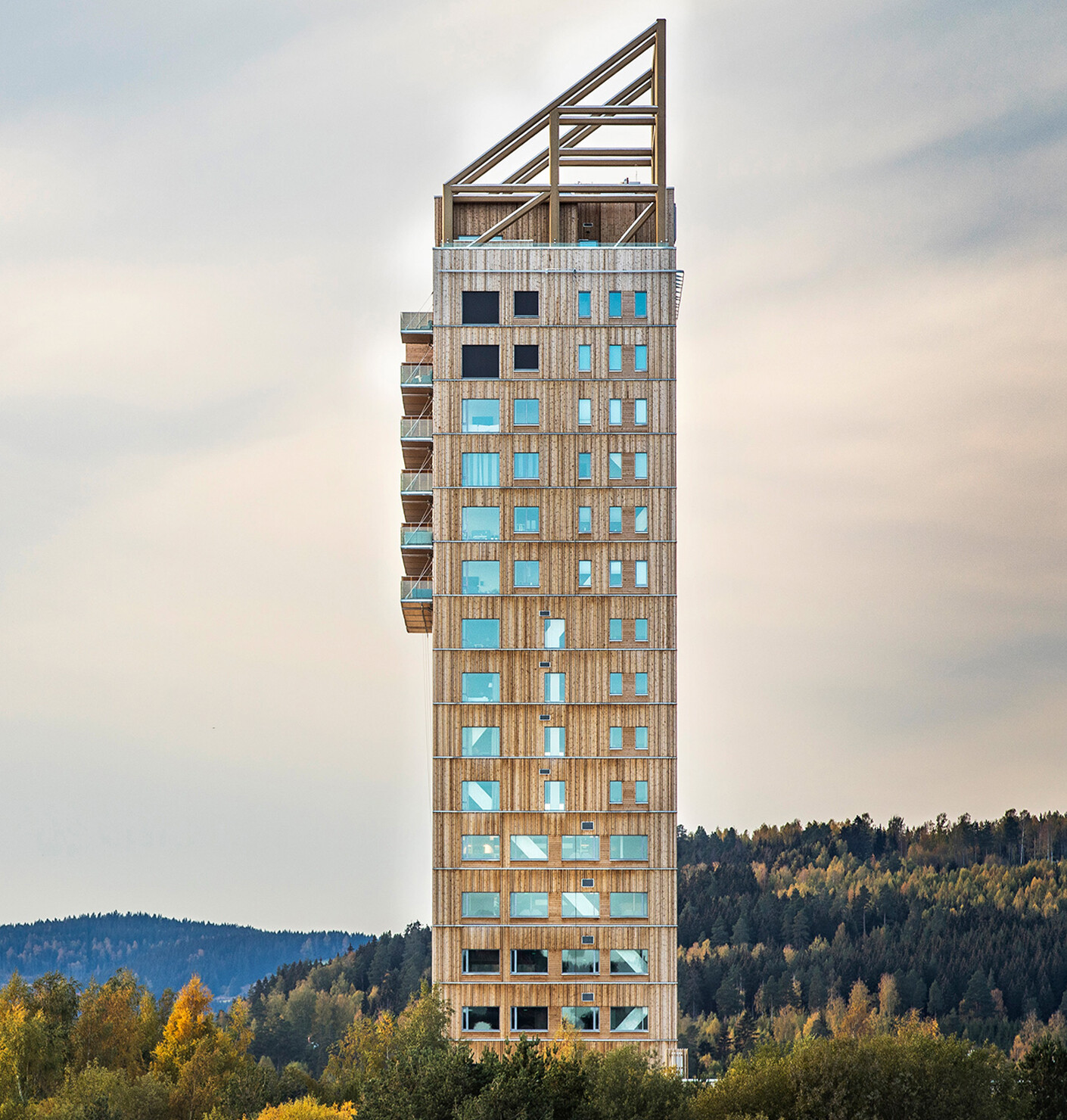