Allmann Sattler Wappner Architekten have won the competition for the new “Hochhaus am Europaplatz" (High-Rise on Europaplatz) in Berlin. Their proposal centers on an ingenious and yet seemingly straightforward façade consisting of glass and ceramic rods.
by Fabian Peters | 7/14/2017

A high-rise that offers you a view into the Federal Chancellor’s garden and directly opposite Berlin’s main rail station – there can be few less prominent construction tasks in Germany’s capital city. The results of the competition for the third, and highest, tower for the new and fast evolving Europaviertel in Berlin were announced on July 12, 2017. The jury was won over by the entry by Munich’s Allmann Sattler Wappner Architekten.

The proposal is for an 84-meter-high tower resting on a five-story podium. The center of the podium will consist of a large atrium-cum-lobby with a standalone staircase as the key design feature. Moreover, the high-ceiling ground-level storey houses the staff canteen for future users and provide direct access to Europaplatz next door. The door will be home to office floors with flexible footprints, arranged around a compact core; the suites can be made up of executive offices and open-plan offices or mixtures of the two.

The entire building will be covered with a progressively changing façade structure, which will be smooth on the upper floors and increasingly sculptural the lower down the building you get. On the upper floors large windows and only a few closed elements enabling a generous panorama view out over Berlin. The closed elements fan out into vertical rods, creating the appearance of an airy, transparent curtain that has folds the further down the building you go, as if the curtain gained in weight. 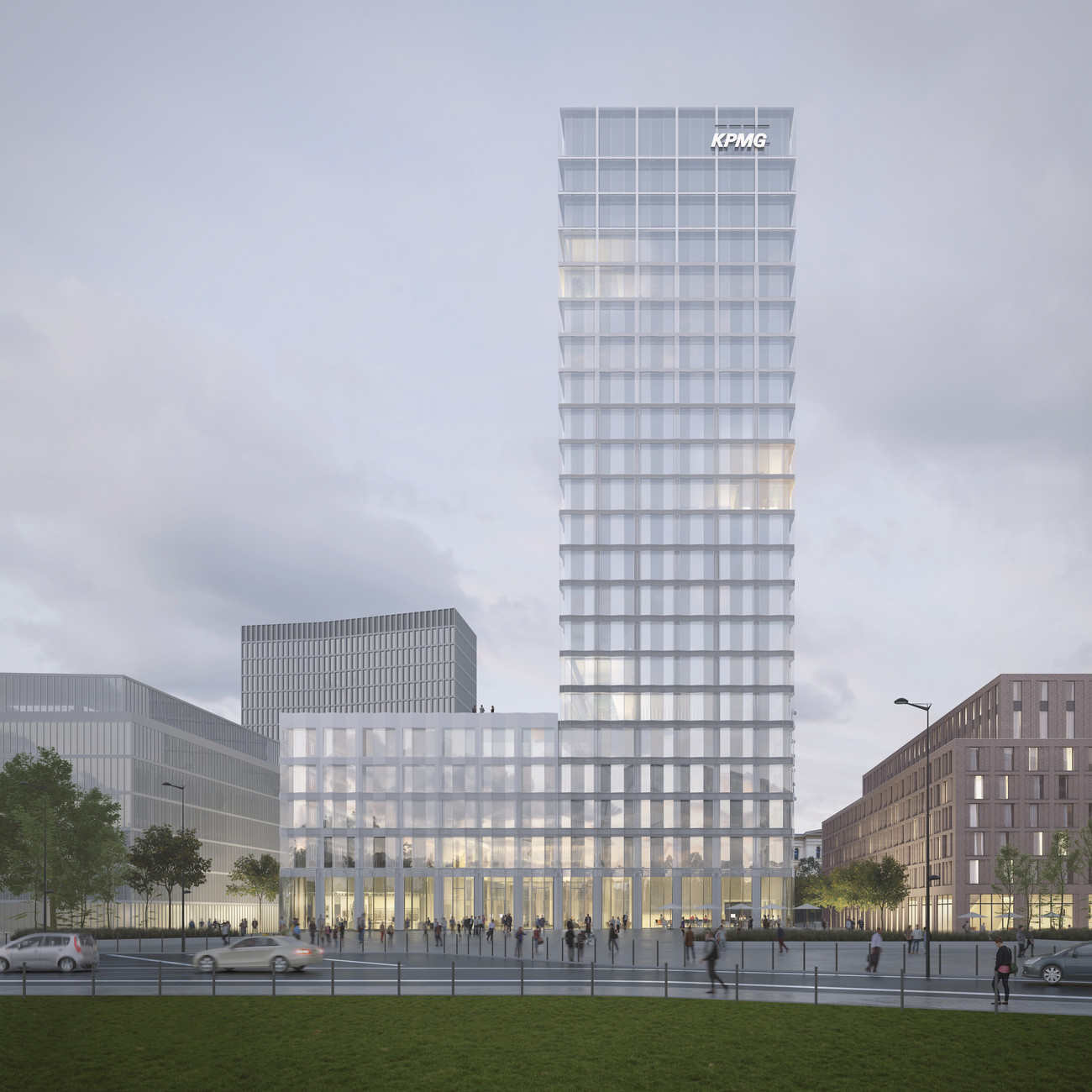 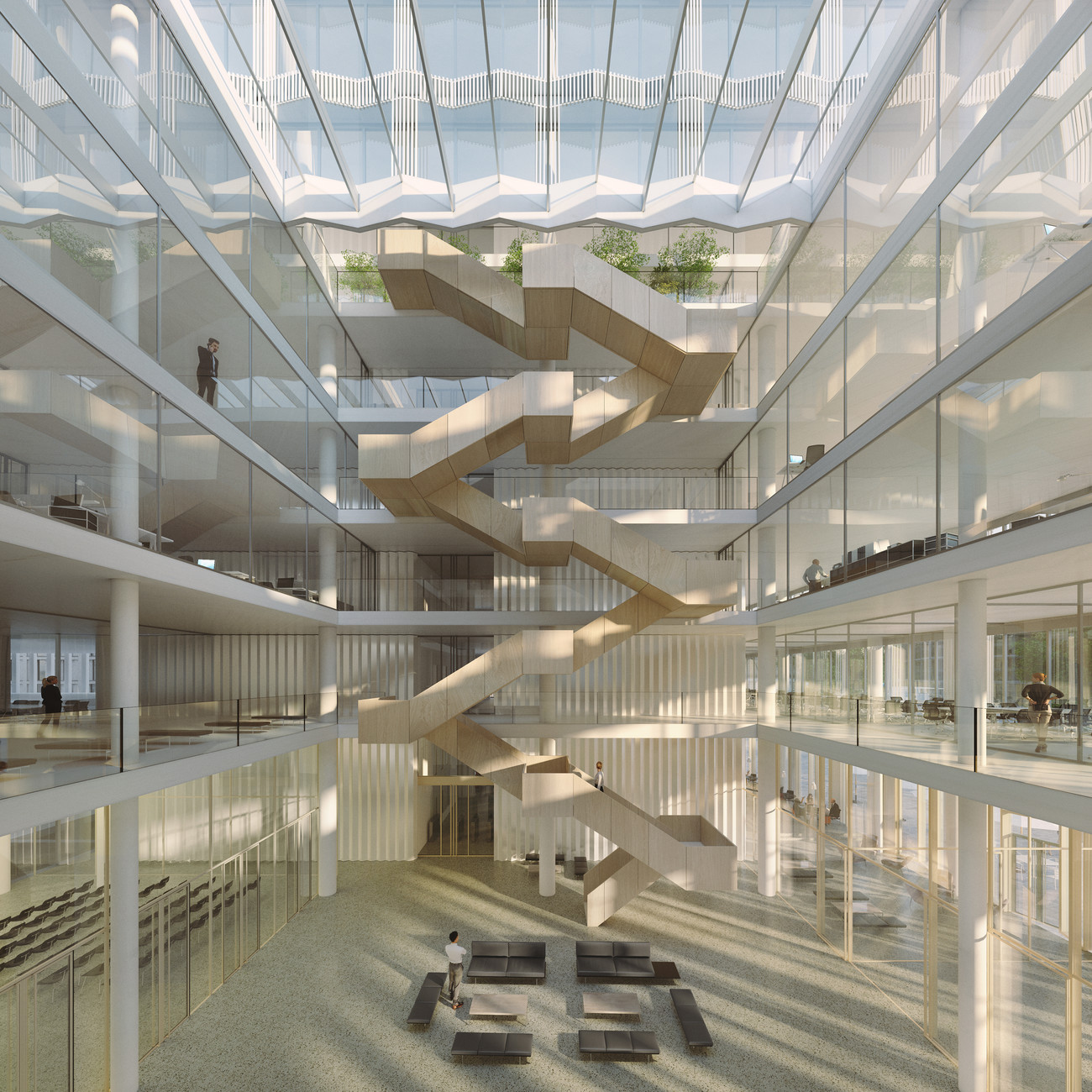 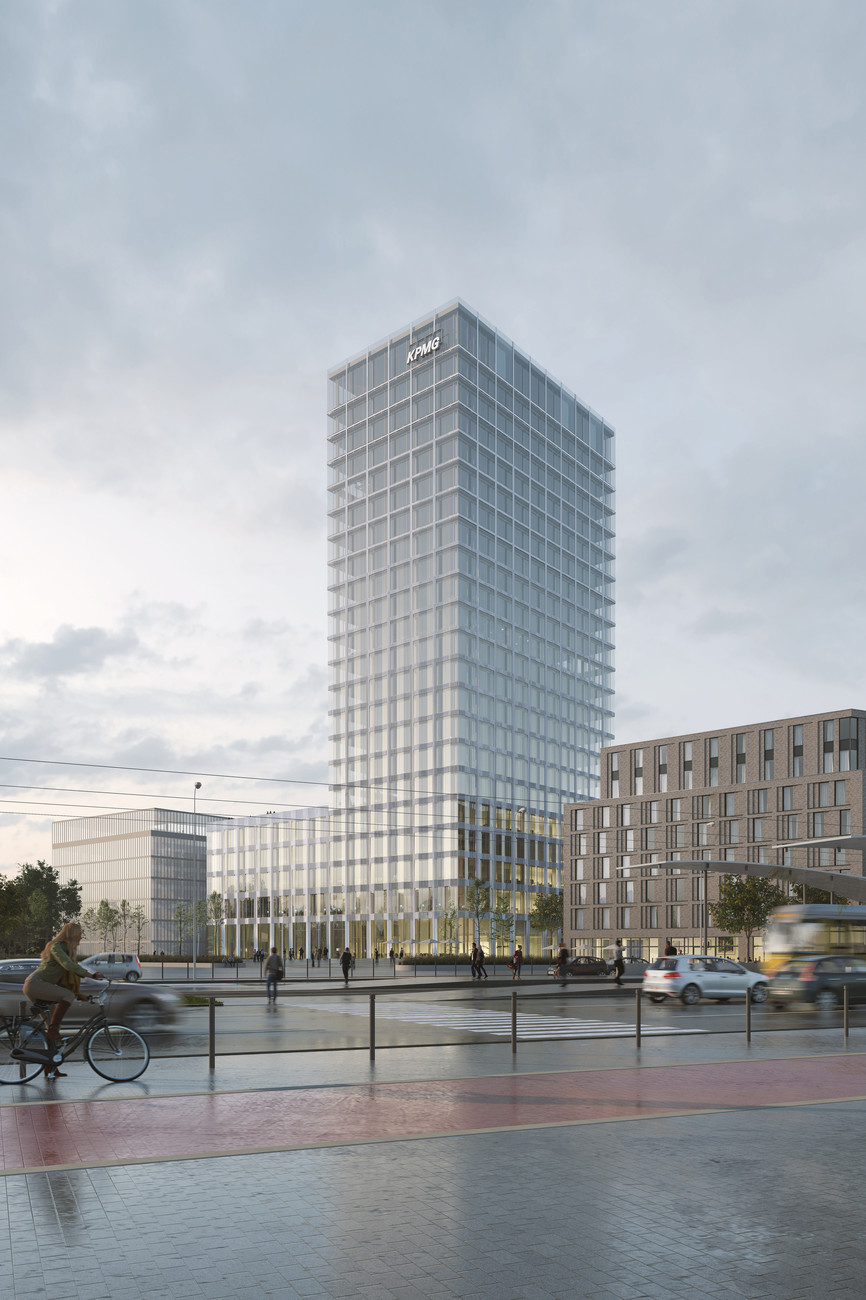 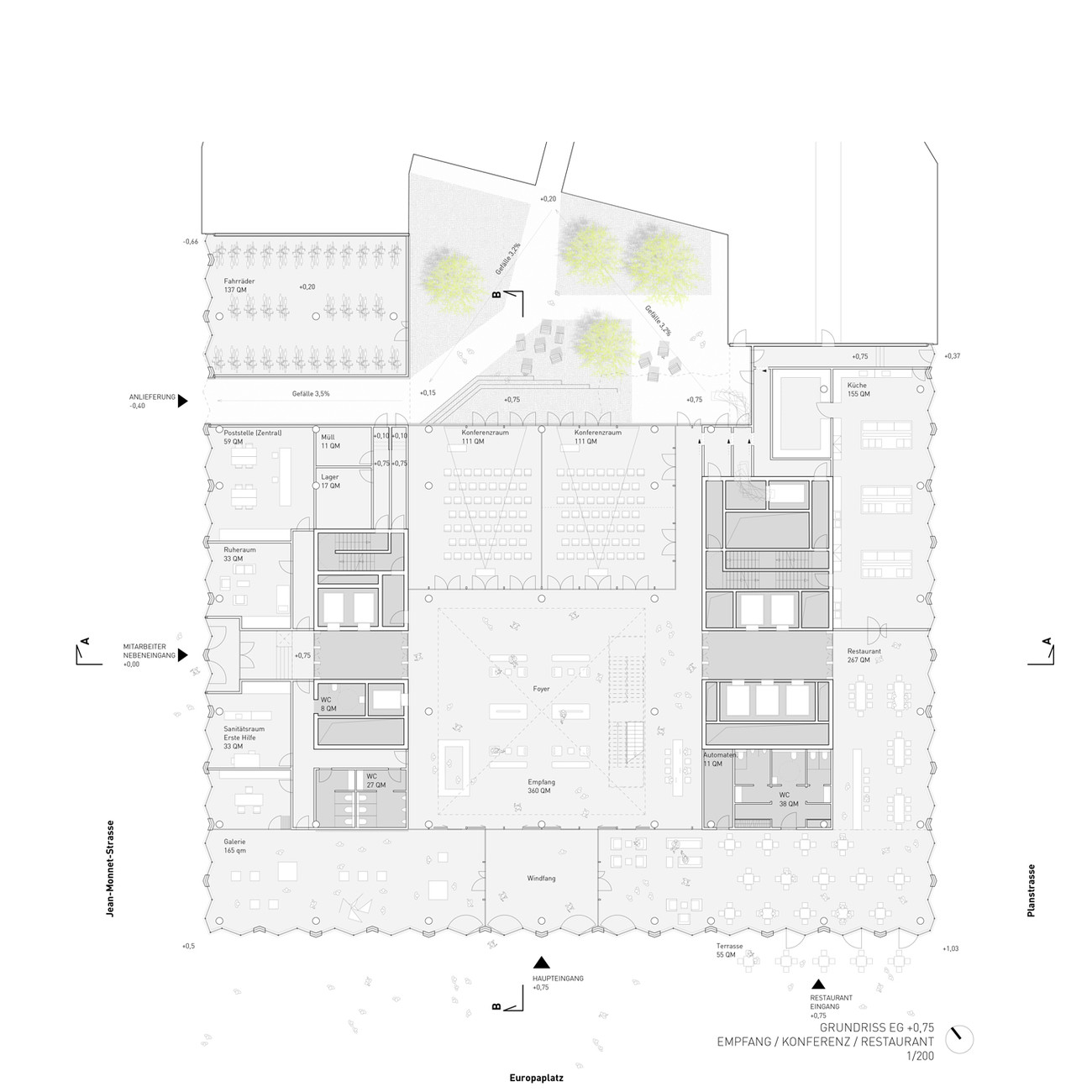 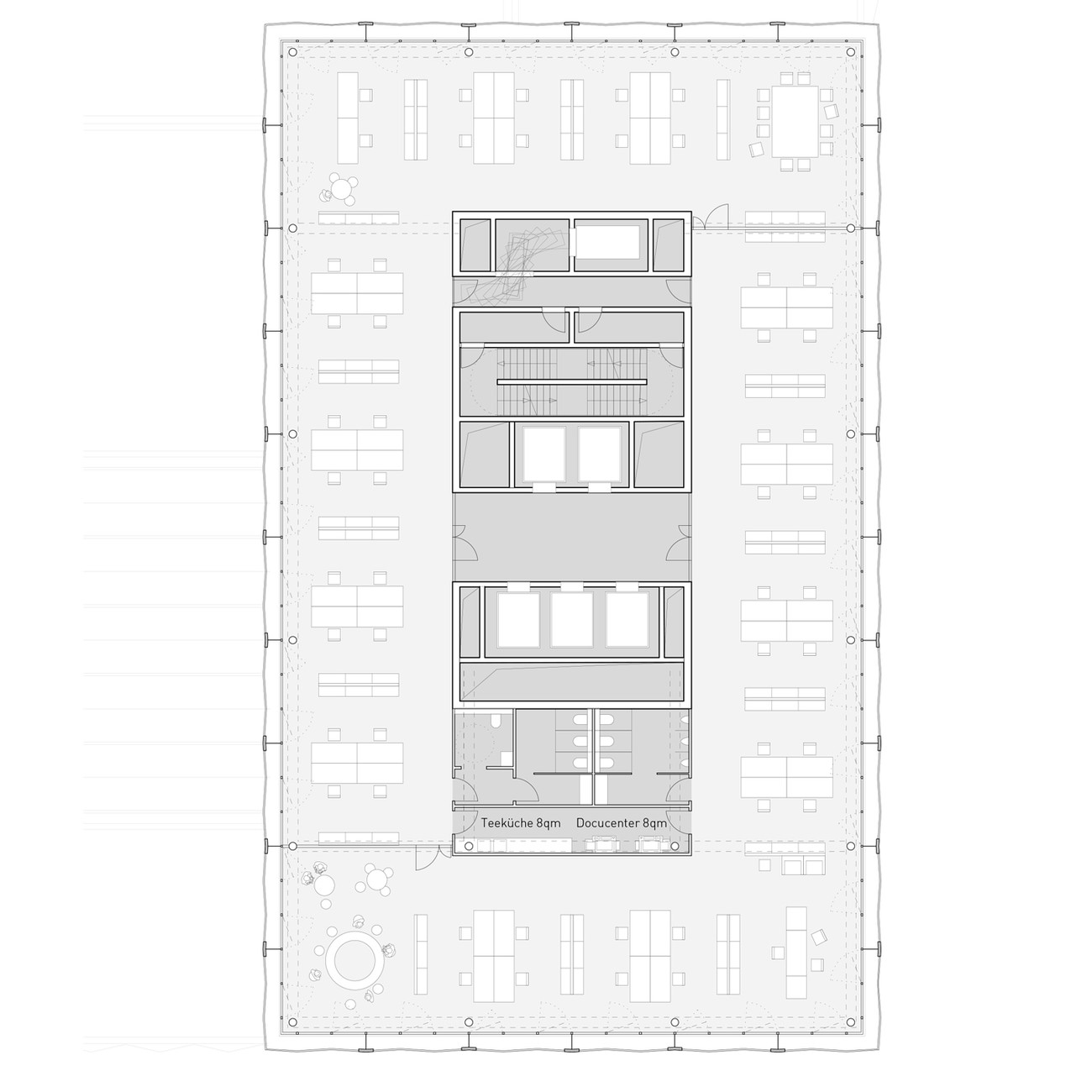 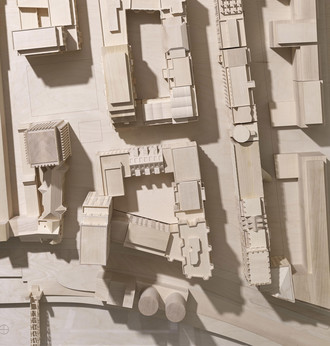 Mathildenhöhe, Weissenhof, Hansaviertel: Experimental housing estates have a real tradition in Germany. One that WerkbundStadt is destined to continue. 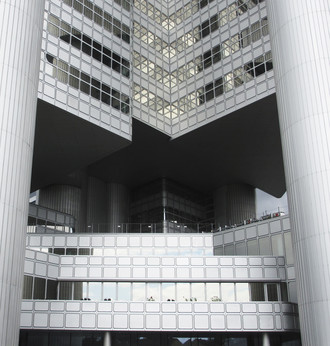 The pillars of work

The renovation of the HVB Tower in Munich has given one of the symbols of the city a new face, with a gleaming new futuristic façade and a contemporary work landscape inside. 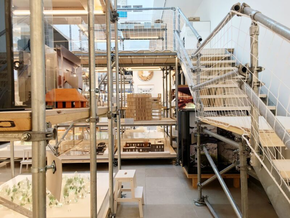 The Danish Pavilion in Venice this year is a chamber of marvels. Choc-a-bloc with architecture models, it shows how architecture can be actively used to improve major and minor issues in society. 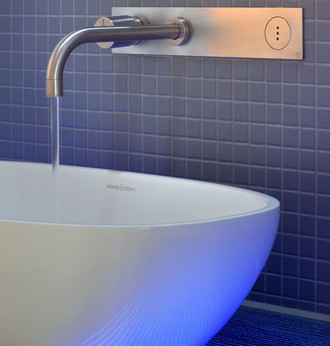