The technology park in Adlershof in Berlin is regarded as one of the most cutting-edge and innovative of its kind in Europe and is unparalleled in the way it bundles know-how from the fields of science, economics and media. Nowhere does the new interdisciplinary approach become evident as impressively as it does here. It is unquestionably also the ideal venue for exploring one of the intriguing questions regarding the future of building, namely, what role will building-integrated photovoltaics (BIPV), i.e. the architectural integration of this technology into building shells, play in the future?

The event was hosted by Sulfurcell, a leading manufacturer of so-called thin-film solar cells, which also celebrated the opening of its new production plant and administrative building on the day of the symposium. The administrative building features examples of the new opportunities provided by "solar building". Krehl.Girke Architekten integrated a total of 900 solar panels recently developed by Sulfurcell in the building's façade. These are aesthetically appealing and at the same time cover about a third of the office building's energy requirements. Another large solar collector on the roof of the production hall provides the rest of the required energy, making the administration building 100% energy self-sufficient. Here, aesthetically appealing, practical and sustainable architecture with building-integrated photovoltaics - until now a contradiction in terms for many clients and architects - has been impressively realized.

Accordingly, the opening day met with enormous interest and Berlin's Mayor Klaus Wowereit praised the commitment to and investment in sustainable solar architecture, pledging pledged the city's continued support of this particular cause. In addition, Sulfurcell was named "Ausgewählter Ort 2009" (Selected Location 2009) of the "Germany - Land of Ideas" initiative for its new building.

Approximately 150 architects had registered to attend the subsequent symposium, where they discussed the new opportunities provided by solar architecture with speakers from the fields of architecture, industry and science. In his keynote address, Heinz Hullmann from hwp gave an overview of the topic of architecture and photovoltaics and highlighted the great potential of building-integrated photovoltaics. According to him, around 15,000,000 square meters of photovoltaics were installed in Germany in 2008. Even if only 10% of them were building-integrated, this would still amount to 1,500,000 square meters per year. For Ingo Hagemann from the architecture studio Hagemann, sustainable building with photovoltaics represents a classic win-win situation. Photovoltaics relied on architecture and architecture on photovoltaics to keep the input and output of a building in a sustainable balance, he said, and explained that in order to achieve a good energy balance, future buildings need to shift from being energy consumers to energy generators. He highlighted photovoltaics' major contribution to achieving this aim.

Wolfgang Priedemann from the construction consultancy Facade-Lab considers photovoltaics a step on the way towards polyvalent façades and energy self-sufficient buildings. Investors and developers, he said, were increasingly willing to be open towards the principles of sustainable architecture and now it was up to the developers and architects to stoke decision makers' enthusiasm for these innovations.

Alan South from Solarcentury, one of the leading manufacturers of photovoltaic systems for industrial construction, reported on examples from ten years of best practice in the UK. He predicted that by 2030 nearly the entire roof surface suitable for photovoltaics in the EU would be used to generate energy. A development, according to South, which we can no longer halt and which we have to get on the right track.

Subsequently, Kurt Krannich from Krannich Solar spoke about economic and viable photovoltaic solutions for the roofs of industrial and commercial buildings.

In conclusion, taking the new Sulfurcell building as an example, Rainer Girke from Krehl.Girke Architekten presented the frameless solar façade as a new solution for commercial architecture. Thus, even the symposium's venue powerfully signaled the new possibilities that future-oriented building-integrated solar architecture offers in terms of technology and design.

To the Sulfurcell presentation at Stylepark 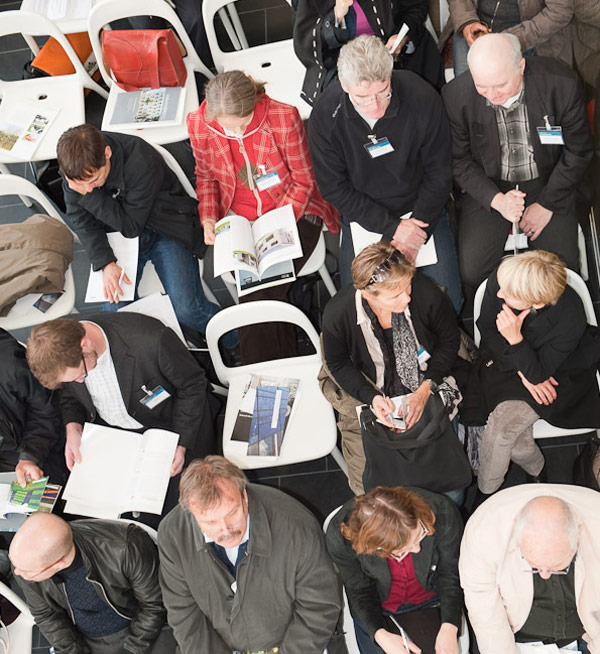