top
Anybody can make thick shelves…
by Sandra Hofmeister | Dec 8, 2009 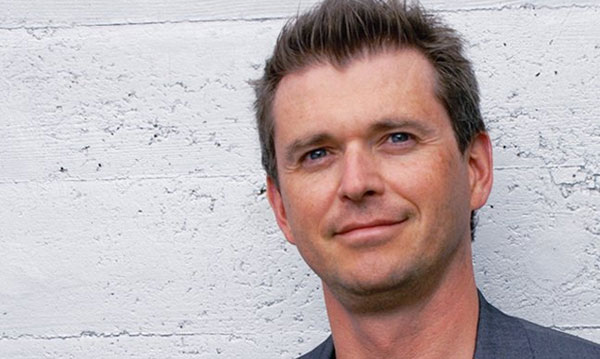 Wogg is a relatively young Swiss company, known for peculiar materials and processing methods. Is this characteristic driven by a special philosophy?
Mark Weder: We have always aimed to develop products of a high intrinsic value and that are stringently independent - to truly create something new. Therefore, from the very beginning we have been experimenting with new materials from the beginning and tried out a lot in this field. Those choosing this path have a lower risk of being copied because the products look simple but are difficult to imitate.

You are a small team and yet, you focus on innovation. How is that possible?
Werder: Many companies cooperate with external firms from which they buy developments. We, on the other hand, have always developed our products in-house. Thus, we have increased our know-how over the years. In addition, from then outset we have collaborated with skilled designers who were open to such adventures and new technologies. At the moment we are receiving many inquiries from international designers who would like to work with us. Of course, we are very delighted about that. However, it is, unfortunately, difficult for us to check every suggestion to see if it has potential.

When the cousins Willi and Otto Glaeser founded Wogg in 1983, they started off with woodworking. Today, the range of materials seems to be much wider...
Werder: Classic woodworking in the strict sense was never really at the heart of Wogg. As early as the beginning of the 1980s cabinetmakers Glaeser made an important discovery, namely the post-forming method. Thus, Glaeser produced its first collection in cooperation with three designers who applied this method to the field of furniture production.

Post-forming is a patented method to coat small radii with malleable synthetic resin sheets. Today you have several patents - including some for lightweight building panels and a roll-front system with aluminum. How do you come up with such technologies and at which stage of the developing process does the material get involved?
Werder: This can be very different. You have to imagine that our company resembles a small family. There's a lot of discussion - during dinner, during lunch, for days. Usually, at the beginning a designer has an idea of how something could be done. We then start researching and experimenting. It takes two, three or four years until a product is ready to go into production. Sometimes, new connections emerge by chance. Together with Atelier OÏ, we were working on a stool for quite a while, then on a partition and suddenly it had become a cupboard. "Wogg 49" was created relatively quickly. The lead-time for the development and professionalization of the roll-front system, on the other hand, took at least two years. The system looks simple but is rather complex to manufacture. It is made with precision to a tenth of a millimeter to ensure that the cupboard roles as easily as possible.

Lightness is a striking characteristic of many pieces of Wogg furniture, for example, in the case of the roll-front system of the "Wogg 49" cupboard, the lightweight building boards for the "Wogg 16" folding table. What is the idea behind this lightness?
Werder: Anybody can make thick shelves but only few can make fine thin ones! Our shelf "Wogg 25" is a good example. An extremely thin shelf of slightly under 5 millimeters and, on top of this, solid. It was certainly risky to put the shelf on the market so early. At the time, many customers and retailers were looking for thick shelves and did not understand our concern. Now, eight or nine years later, however, many furniture manufacturers produce thin shelves. Yet, ours is still the thinnest! This proves that we are headed in the right direction. Lightness is fascinating and makes sense - we have always been convinced of that. It also makes the transport of furniture much easier. We are quick off the mark with some of our developments, meaning that they are ahead of their time. That sell, we sell the products longer.

Does that mean you design your products for longer periods of time and do not regularly modify your range of products?
Werder: Of course. "Wogg 42", the new chair based on Jörg Boner's design, for example, is the first piece of furniture of its kind to make use of the method of textile welding. We presented it in Milan four years ago and then started work on it all over again, i.e. we developed the whole chair from scratch once again. Applying our know-how to this piece of furniture was a very complex task. We really reached our limits there.

Many processing techniques at Wogg are rather unusual: Aluminum is formed into elliptical structures, textiles are welded. Apparently there is great potential to not do things the usual way.
Werder: Many competitors follow the strategy of building a brand. That implies keeping manufacturing costs as low as possible in order to have as much money as possible left for marketing. In our opinion, this does not make sense. We do not outsource any work, we produce and develop everything ourselves and benefit from it. In the end, we can therefore also carry out the production where we life instead of moving it to low-cost countries. This is important and should always be a goal. In the end, it is also a passion a company should have. While textile welding is a novelty in the furniture industry it has been known for a long time in the textile sector. We try out many things but by far not all our experiments find their way on the market.

Many pieces of Wogg furniture - even though conceived by different designers - look like pieces of model architecture. Cupboard doors become a unified façade and furniture units become stand-alone entities. Is this a kind of trademark?
Werder: Also architects often do not start with the façade, but with its use. We have a similar view and perhaps take a similar approach to them in this respect: We analyze the use, ask ourselves how it has emerged and thus proceed step by step. Thus, the issue of the façade gets solved in passing, because it follows logically from the basic questions. We are rarely interested in pure appearance.

What can we expect from Wogg in the future?
Werder: We will improve different aspects of our collection - with new materials and techniques. Moreover, we have been in the process of developing a new wooden chair with Jörg Boner for a quite a while and hope to present it in Milan next year. We greatly admire Jörg Boner - an outstanding designer!

"The leading Swiss designer", as Stefan Diez introduced him once...
Werder: He is right. We rely on the family approach; the long-standing collaboration results in much more exciting products than can be achieved when constantly changing to new designers. The first product you design together is rarely the best. Through a dialogue, which develops slowly, results become increasingly better. Therefore we will continue to cooperate with the few designers we work with also in the future instead of engaging new once time and again. 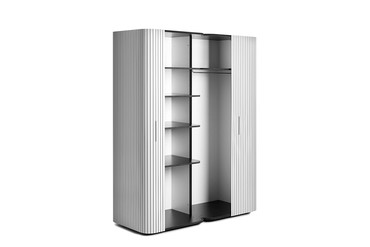 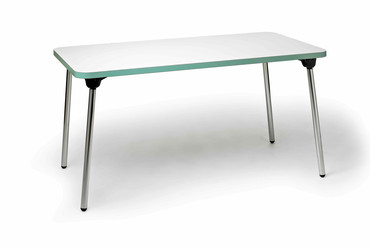 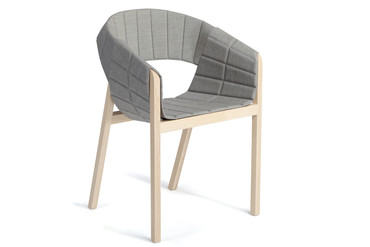 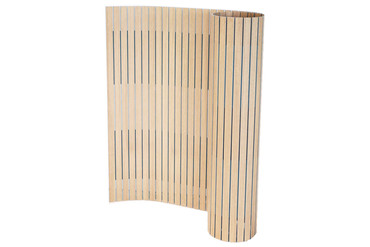