Twelve months ago, Art Basel celebrated its 40th birthday in style. Nobody was at all surprised that the birthday spread was abundant and sumptuous, the gallery owners offered their finest wares, and there were plenty of purchases made - though nothing sensational. The crisis was certainly beginning to bare its teeth, not dramatically, but it was noticeable nonetheless. So it comes as no surprise that art dealers and gallery owners had been awaiting the 41st Art Basel, the international show for modern and contemporary art, with trepidation. Would potential buyers - crisis-hit millionaires - be reluctant to buy or would they go on a spending spree, convinced that they should be investing their money not in gold but in art? Would collectors give up their past restraint or increase it? Anxious questions and unnecessary fears. This year's Art Basel was not only the most high-quality I can remember, it was also the most successful in financial terms.

The opening ceremony has not changed under the new aegis: At 6 p.m., invited guests are able to storm to the Art Basel preview, whereas only a select few with a VIP ticket are permitted to attend the pre-preview in the Basle exhibition halls at 11 a.m.; they have the right to be among the first to look and buy (and as it soon turned out indeed had to make swift purchases if they did not want to be among the late arrivals, who as is well known, inevitably get a rough deal). Anybody who had had a VIP ticket before and thought they would be one of the few to leisurely stroll round the halls at 11 in the morning could not believe their eyes: It was as if Harrod's was having a clearance and seasonal sale at one and the same time, with countless - because uncountable - numbers of people impatiently waiting to be admitted half an hour before opening time. And as early as noon, the booths were so crowded it was frightening - with no prospect whatever of peacefully admiring the exhibits, chatting with the gallery owners, and engaging in long negotiations over contracts or prices. When the fair gates closed at 9 p.m. on the first evening, all I could see were content gallery owners, many of whom wearily explained: "Everything sold." One gallery owner joked: "The only thing you can still buy from me is a bottle of red wine."

Strolling through the fair on the last day but one, a healthy but not frightening number of visitors in attendance - most gallery owners were by now showing their second or third hanging - I did not meet a single one who was not smiling all over his face with content. An Austrian gallery owner explained: "If you didn't sell anything this time you have to be stupid". A work by Andy Warhol went for € 20.1 million, a picture by Basquiat for € 8.1 million. Michael Haas, an art dealer based in Berlin and Zurich, who was offering art by Basquiat in his gallery years ago, reminisced painfully how, fifteen years ago, he had difficulty selling one of the pictures just sold to a collector for no more than DM 75,000 (DM!) - this very picture, he said, had just been sold for € 4,1 million in the neighboring booth.

Joseph Beuys' sledges are among his most famous multiples. They too could once be bought for a few thousand Deutschmarks, where now one of them changed hands for € 450,000. The clearly unlimited demand at the fair, however, was paralleled by a quality I can only describe as breathtaking. Many exhibition booths (Beyerler, Marlborough, Pace, Thomas) boasted art worthy of a museum. All 300 galleries seemed to have opted to hang or position the best and most expensive works of each artist on display. The selection ranged from classic Modernism (three large black works by Ad Reinhardt) to the gorgeously fresh early work of this major artist at Schreibler (for € 800,000): each and every one a masterpiece. A few steps away there were three outstanding small Rothkos, first-rate works by Philip Guston -Hall 1 at this year's show in Basle dazzled with countless masterpieces. Hans Mayer alone, an art dealer from Düsseldorf, who has attended every single fair in Basle since the very first 40 years ago, boasted masterpieces by Dennis Hopper, Jürgen Klauke, Peter Lindberg, Nam June Paik, Robert Rauschenberg, Frank Stella, Jean Tinguely, and Andy Wahrhol!

Hall 2.1, located above Hall 1, focused on contemporary art even more than previously - and on an extremely high level, both in terms of content and pricing.

Time and again the prices quoted left us speechless, and when asked about a particular price, gallery owners replied more and more frequently: "The work has been sold, but we are unable to disclose the price paid." The limited amount of photography was both surprising and very noticeable. It goes without saying that the major names were all present: Thomas Florschütz (Galerie m), Thomas Struth (Marian Goodman and Hetzler), and Hirosh Sugimoto (Pace and Templeton), who was as terrific as ever, but the flood of, and enthusiasm for, photography witnessed in recent years has ebbed away (even in comparison with last year). Painting triumphed like never before.

Art Basel is what for a long time it was, and indeed is now once again: the world's most important art fair. Miami is funnier, Frieze more avant-garde, Fiac more exclusive, Maastricht more conservative - but there is no fair as rich, as colorful and of such high quality as Art Basel. Even after visiting 300 galleries in Halls 1 and 2, those who never tire of looking at art did not, of course pass up the opportunity to go to see "Unlimited" in the next Hall. There they found large-scale, bulky, for the most part walk-in art works: video installations, (Bill Viola was as captivating as ever, and Bruce Conkel's three-part video set to music was simply astounding), as well as classics such as Otto Piene's forty-year old light space installation and "Laterna Magica" by the recently deceased Sigmar Polke, which had been shown for the first time at the Venice Biennial in 1990; all these works were exhibited by the art dealers funding these installations - they could hardly be sold, despite being highly desirable. It was the tenth year in which Simon Lamunière from Geneva curated the fair.

From there, visitors proceeded to Hall 5 which, admittedly, was a flop, a huge disappointment. As opposed to only last year, it featured furniture, luminaires, seating, the prices of which were completely out of proportion (€ 18,000 for one lamp) and the practicability and usefulness of which were if anything based on a quick joke than on long-term use. There were only a few visitors, who moved on quickly and rushed back to the fair, because on their tour they might just have overlooked a gallery after all, and they might just come across an affordable and desirable piece of art.

Next year we will definitely be attending the 42nd Art Basel. We will, however, make sure we avoid the opening, pick a workday, even at the risk of having missed some of the million-euro bargains. 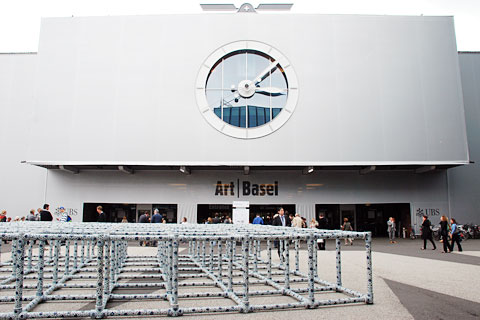 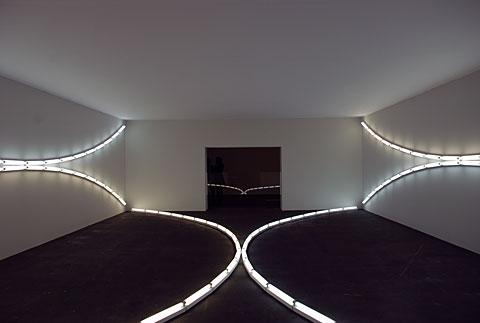 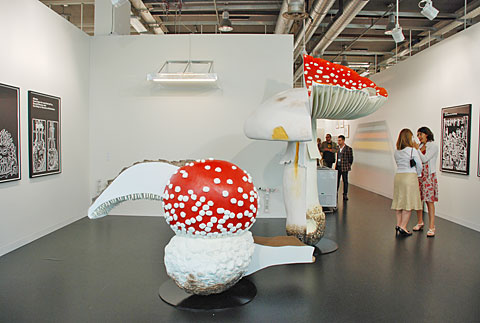 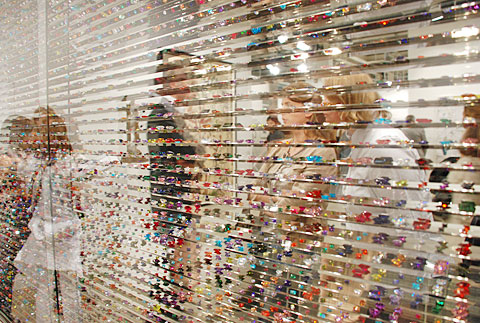 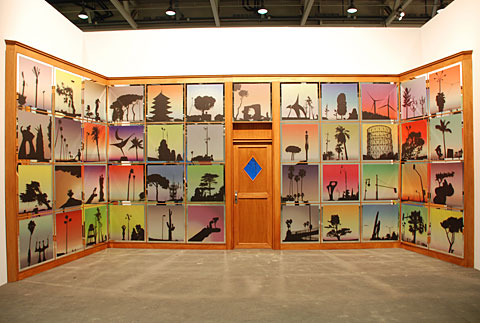 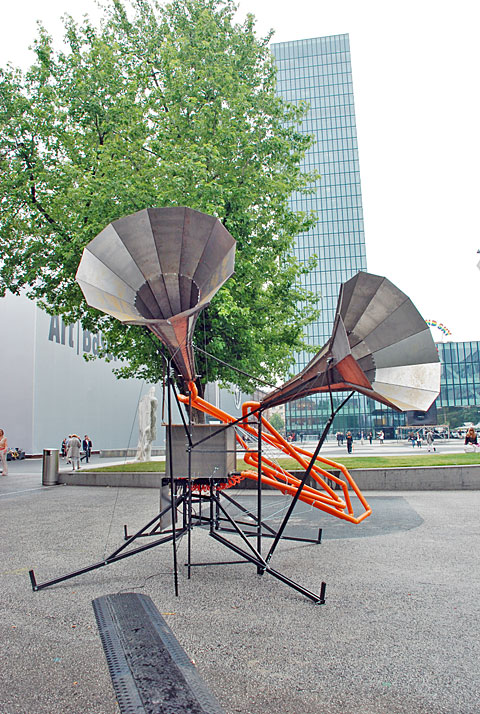 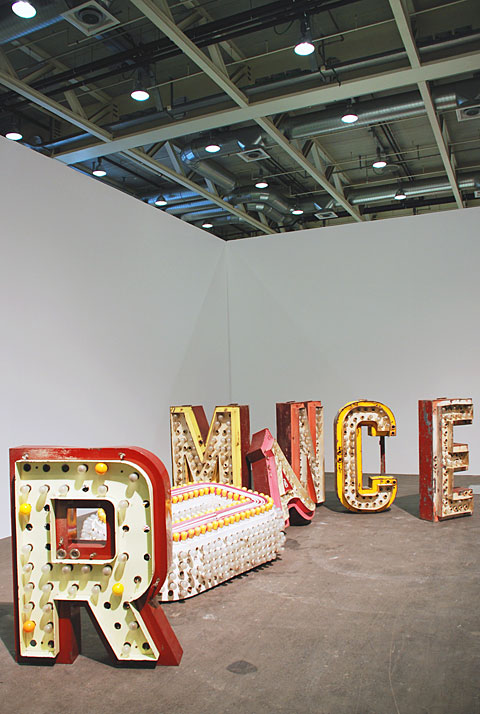 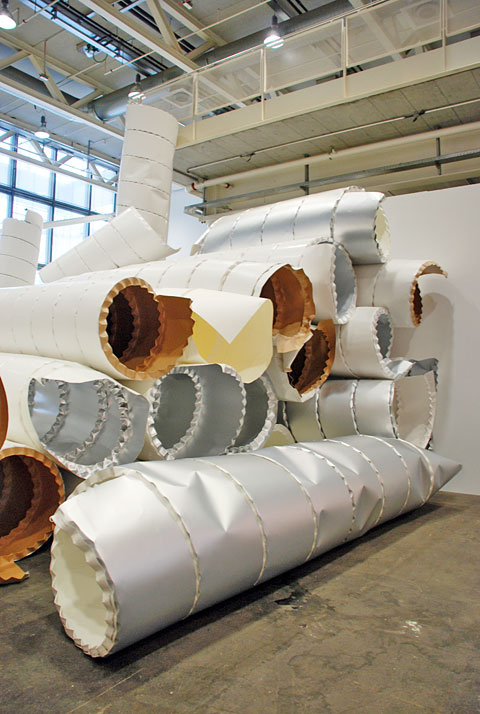 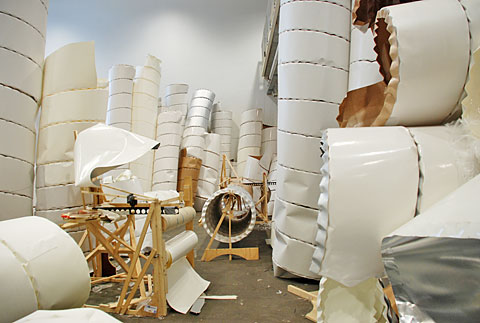 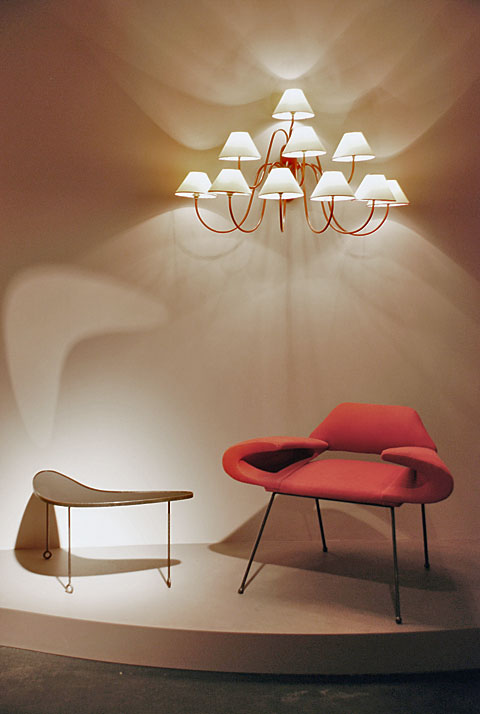 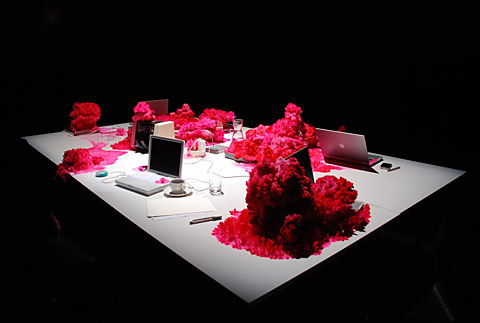 Art Unlimited, The conference by Steiner&Lenzlinger 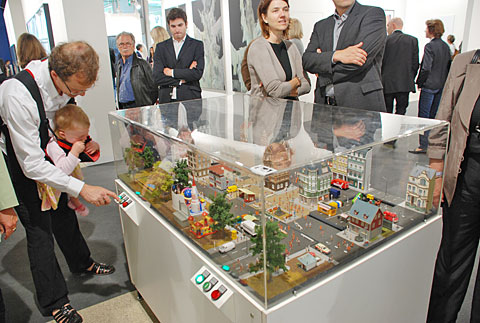 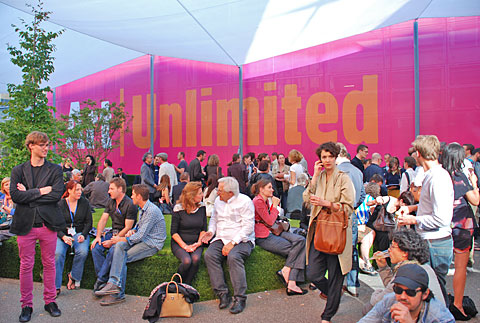