On June 11 Art Basel opened its doors for the 40th time to what is still the hottest art show - the mother of all art fairs. But how will the crisis affect Basle? And how will the fair respond to the crisis? These are worrying questions, which seemed to vanish into thin air on opening day: Even though the amazed visitors were welcomed to the show by a black wooden cross, ten meters tall and positioned right outside the entrance (Fosbury Flop, by Valentin Carron), the gloomy symbolism quickly vanished on entering the halls. For the time being everything is the same as ever, with the fair divided into three sections: "Classic Modernism", "Contemporary Art" on the floor above and in an adjacent hall, now in its 7th year, "Unlimited Art", with a primary focus on experimental new art. So the format has remained unchanged, but what a superb, high-profile birthday party the fair threw! It was as if the gallery owners had taken only the cream of their exhibits to Basle to demonstrate just what they can do, what they are capable of achieving, and to alleviate visitors' fears that the market was declining. Even the figures the show released ere nothing if not impressive: Of the 1,100 galleries that applied, 300 were accepted by the jury (exhibiting 2,500 artists), 75 from the United States, followed by by Germany with 56, Switzerland with 33, and France, Italy and Great Britain with between 20 and 30 galleries each - an international array second to none. Giacometti, Picasso, Matisse (for 9 million euros, no less!) in various versions. Bischofsberger (Switzerland) came up trumps with just a single work - and what a work it was: Andy Warhol's "Big Retrospective Painting", summarizing the oeuvre of Andy Warhol (the purchase price is rumored to be 50 million euros).

It is only possible to give a few cursory impressions here: on both levels painting and pictures were prominent; video installations featured less than in previous years, there was hardly any photography, which at the last fair was on display at almost every stand. The photographic works presented in Basle were outstanding. The big names (Gursky, Cindy Sherman, Sugimoto) exhibited true masterpieces, while the traditional photo galleries (first and foremost Kicken from Berlin) came up trumps with classics (André Kertesz) priced in the high six-figure range. Apart from that, a return to genres which, because they were not "cutting edge", had been somewhat neglected in recent years, was noticeable: magnificent Arte Povera exhibits and, for the first time in a long time, several works by Ed Kienholz, and there were also exorbitantly priced early Christo works. Finally, "Zero" happily celebrated Urständ (quite rightly), Graubner, Uecker, Fontana: many of these works had already sold on the first afternoon.

Going up to the top level in search of "Contemporary Art", visitors were surprised by the fact that here too a large proportion of what is for sale can already be attributed to post-1950s Modernism with established prices: Sigmar Polke, Nan Goldin, Ronny Horn, Balkenhol, Baldessari. This is probably due to the fact that some galleries have been returning to their preferred regular exhibition spot for years and even decades - inevitably, someone who has been showcasing "Contemporary Art" for the past forty years will gradually morph into post 1950s "Classic Modernism".

The large installations, gigantic sculptures and video works awaited visitors, who needed to be in good shape and oozing with curiosity to see the entire show, in the "Unlimited" exhibition hall, where works with no established prices, affordable by those on smaller budgets, were also no display. These works were showcased by gallery, visitors came across them in the wild, as it were.

As if works by 2,500 artists were not enough, visitors - obsessed with having had to have seen everything - left the fair, carried on for 100 meters and came across another gigantic show: "Scope", a side exhibition selected by an independent jury, so by all means a subsidiary of "Art Basel"! Well worth seeing was the fascinating Berlin block, comprising fifteen Berlin galleries, which, funded by the state of Berlin, have teamed up and reveal highly impressively just how inexhaustible the resources of Berlin's gallery owners would appear to be. Anyone expecting at least at Scope to see only brand new works stood, fascinated, in a room devoted entirely to art by Tom Wesselmann - the late, great pop artist they just saw at Hans Mayer (Düsseldorf, at Art Basel for the 40th time!).

Crisis, what crisis? The hysteria amongst art buyers witnessed in recent years seems to have ebbed away, no longer is there any talk of the infamous collector who, dressed up as a fair employee gets himself locked in the building the night before the opening so as to view the exhibits at leisure and then buy them as soon as the doors open. And in order to acquire the two most recent masterpieces by Neo Rauch at the fair, four rather than ten collectors now try to outbid each other. With a crisis of such proportions Art Basel need worry too much about the future. "Ad multus annos" is the birthday wish gallery owners just as much as collectors believe will come true.

Prof. Dr. Peter Raue is a Berlin based renown lawyer and art promoter. From 1977 to 2008 Peter Raue was chairman of the Board of "Verein der Freunde der Nationalgalerie" in Berlin, one of Germanys most important private art associations. He is senior partner at the international law firm Hogan&Hartson Raue in Berlin and since 2005 honorary professor for copy right law at Berlins Freie Universität. 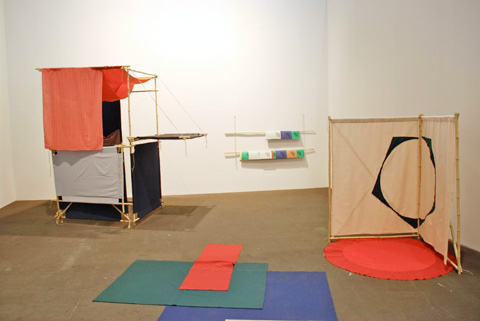 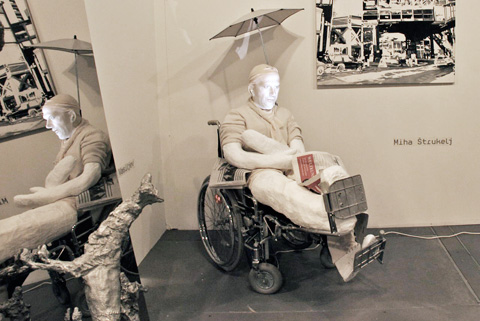 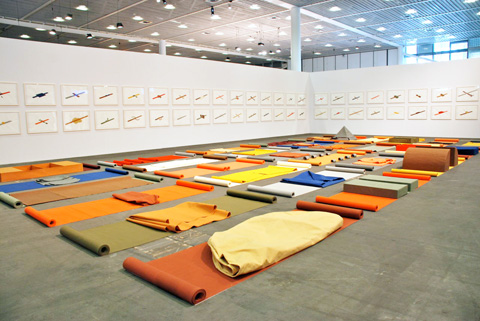 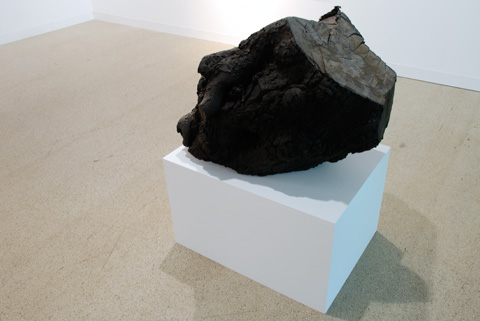 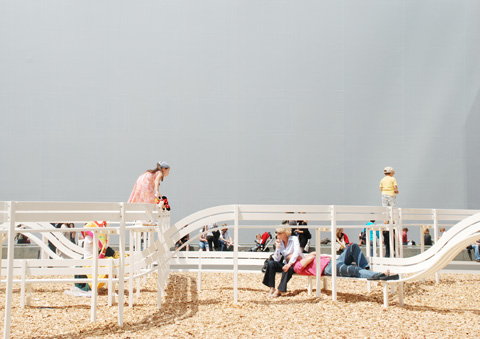 Loop Bench Jeppe Hein, placed at the main entrance to the trade fair 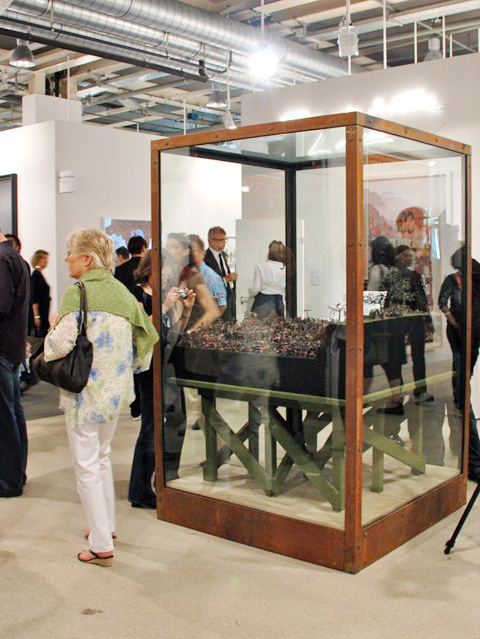 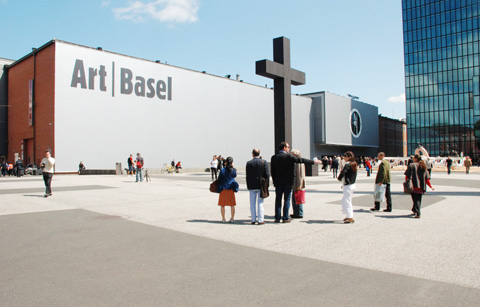 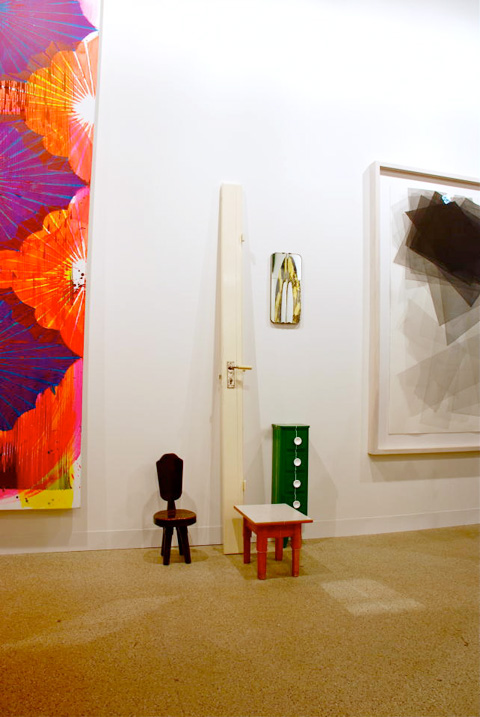 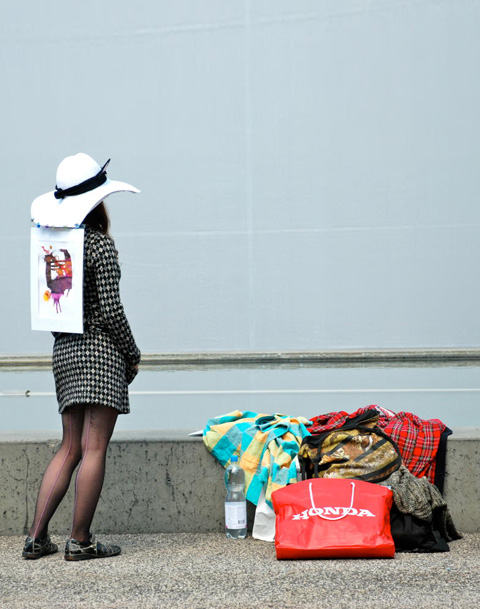 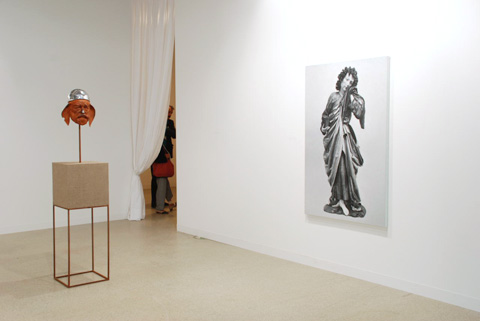 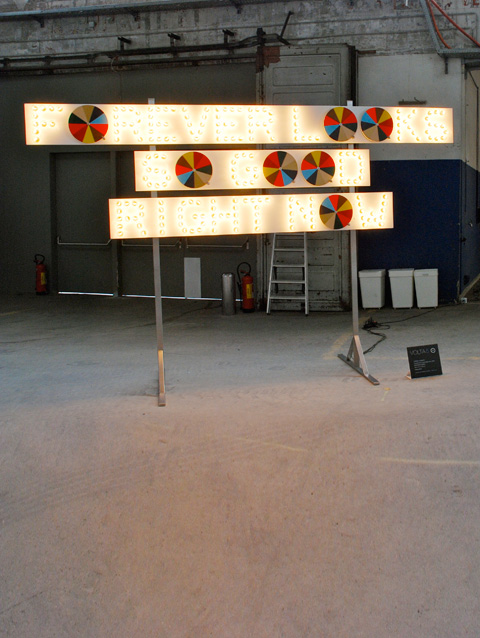 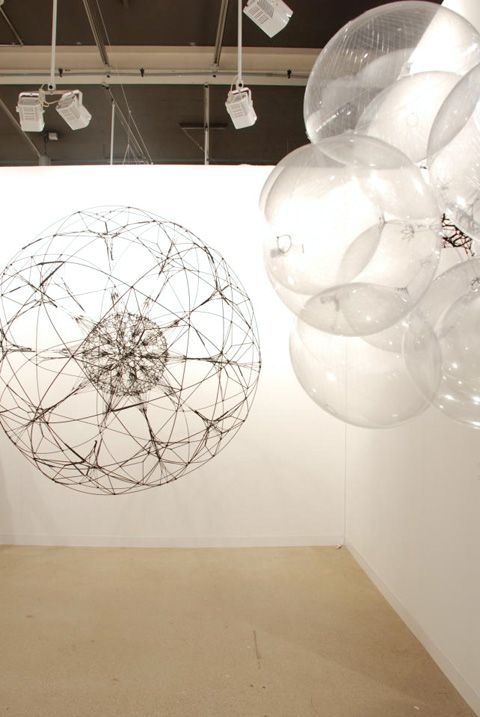