The fruits of laziness

Hans Lensvelt happened upon it at a workshop held by Atelier van Lieshout. And now it has gone into production: The “AVL Lazy Modernist” is a reclining armchair and thoroughly modern.
by Thomas Wagner | 8/11/2017

This story is full of chance encounters and finds on the garbage heap of progress. Things that have been rejected for, not infrequently, unclear, dubious, and often equally arbitrary reasons have by no means exhausted their potential, as recycling demonstrates. It is definitely worthwhile seeing them as a new source of inspiration.

Admittedly, the times when design classics were to be found amongst other people’s bulky refuse awaiting pickup by the garbage collectors are long since over. But when, at a workshop held by Atelier van Lieshaut (AVL) in Rotterdam, entrepreneur Hans Lensvelt discovered a metamorphosed armchair it was like switching on a lightbulb in his head – why go to all the trouble of designing new chairs and armchairs, over and over again, when there is already enough of everything in the comfort zones of the industrialized nations?

And so laziness won the day yet again. And the part played by indolence in modernism should anyway not be underestimated. Here – typical of Joep van Lieshout, some might say – somebody appears to have rescued the mechanism of an old reclining armchair and furnished it with simply cut new upholstery. The whole thing is functional, every aspect of the construction is visible and any kind of decoration superfluous. I suppose one might call that modern.

Hans Lensvelt and Joep van Lieshout are always good for a surprise. Which is why they have now brought out their “AVL Lazy Modernist”. For all those for whom laziness is a virtue, Modernism a treasure trove, the mechanisms of progress simple and a lazy Modernist particularly modern when given the peace and quiet to come up with ideas. 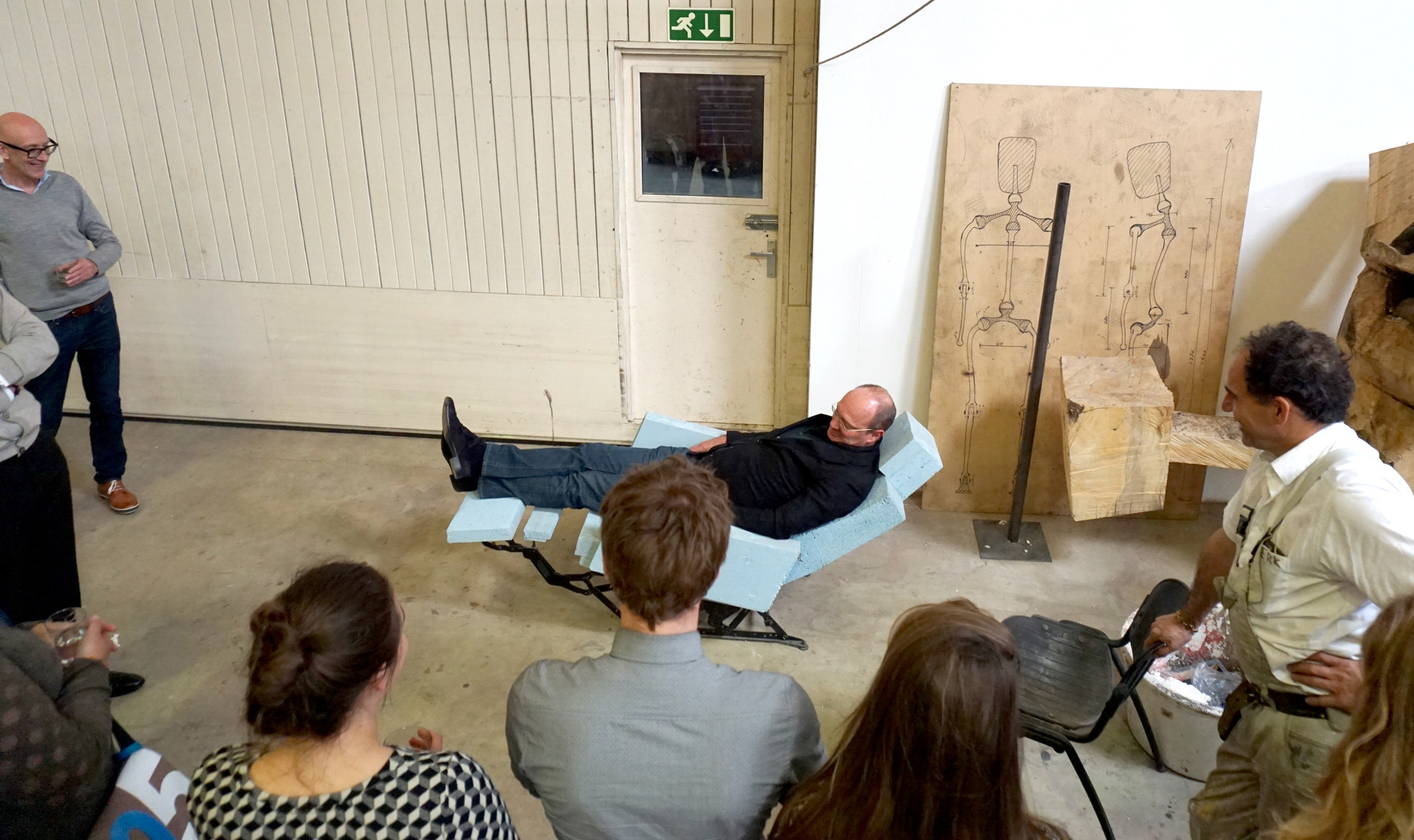 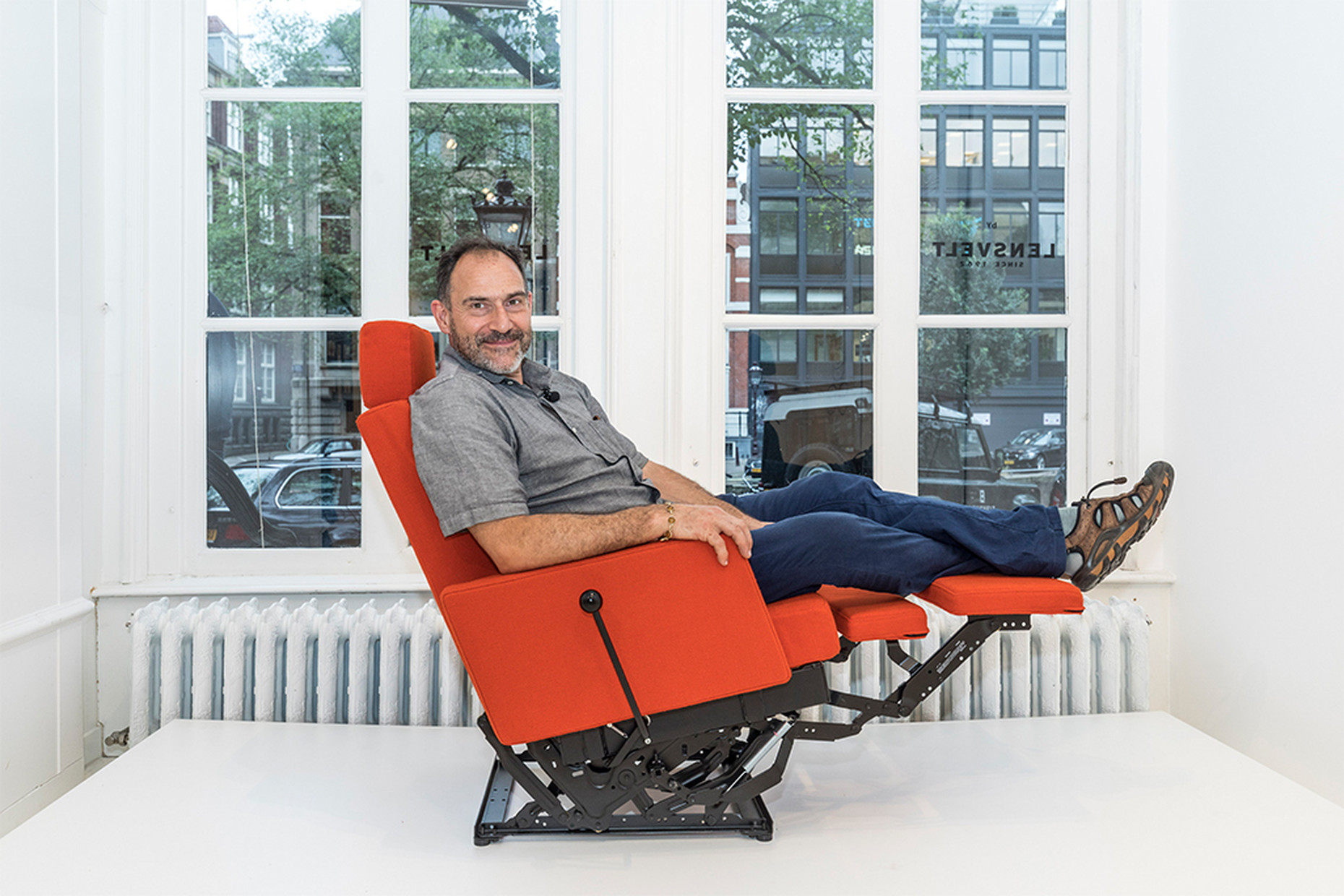 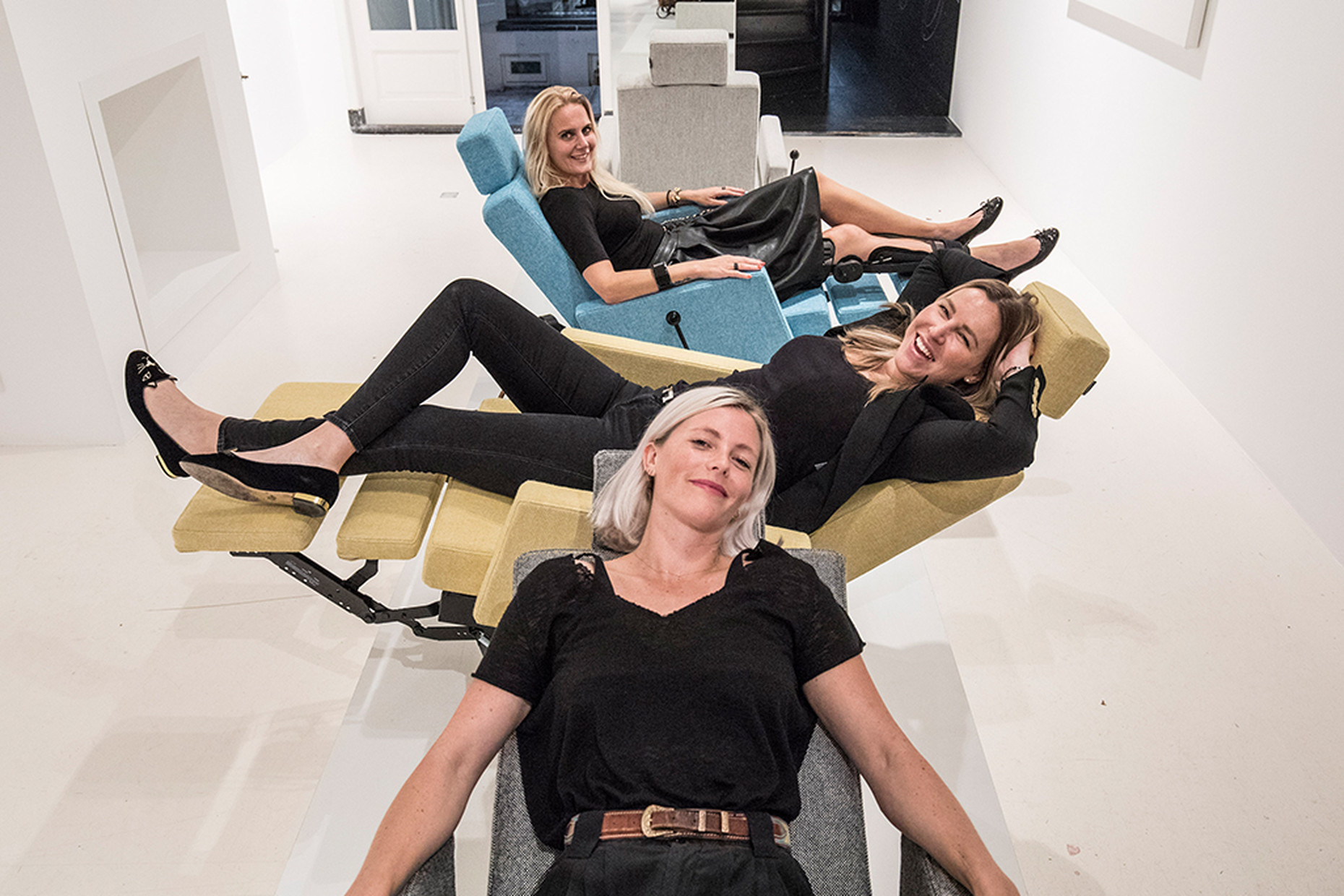 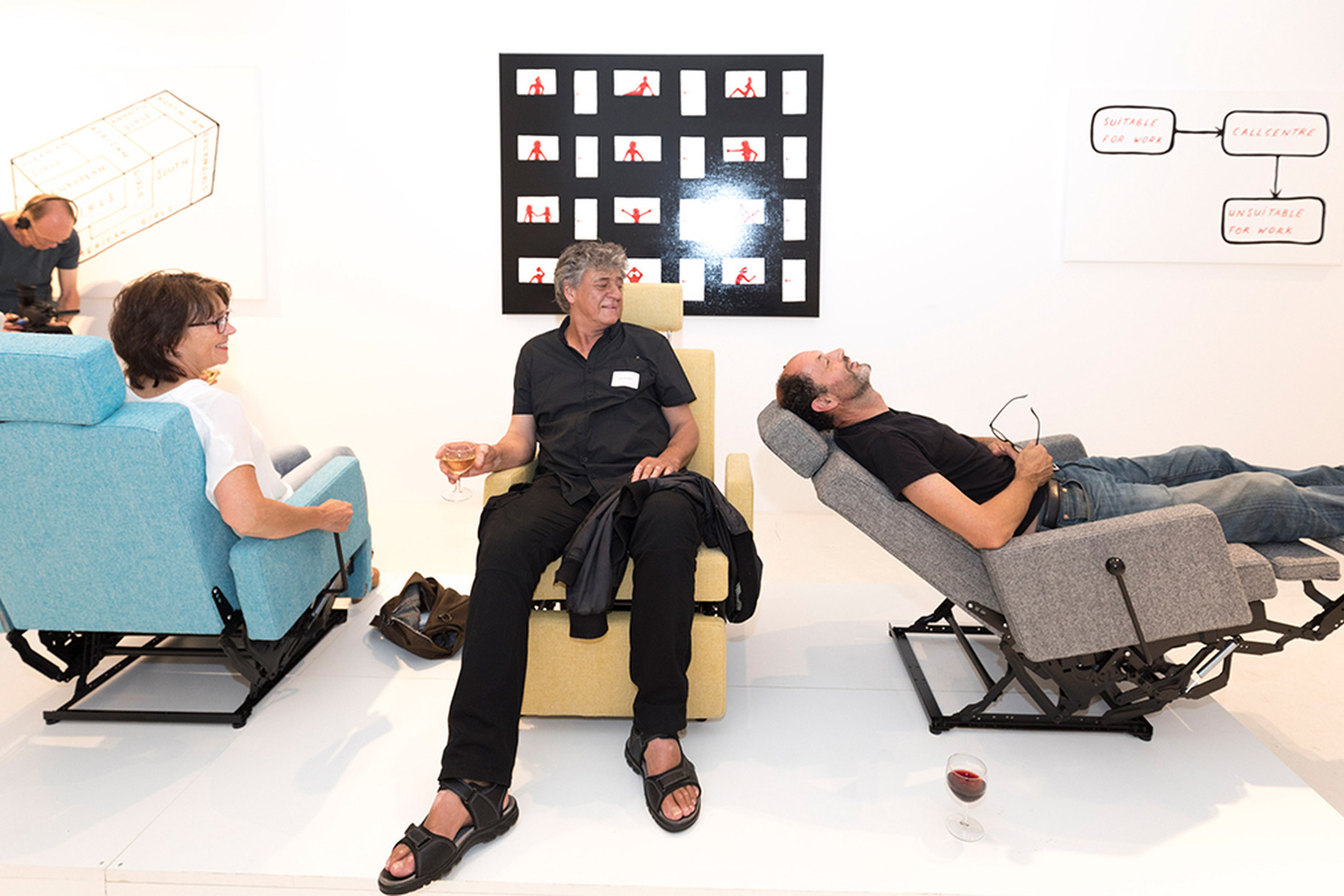 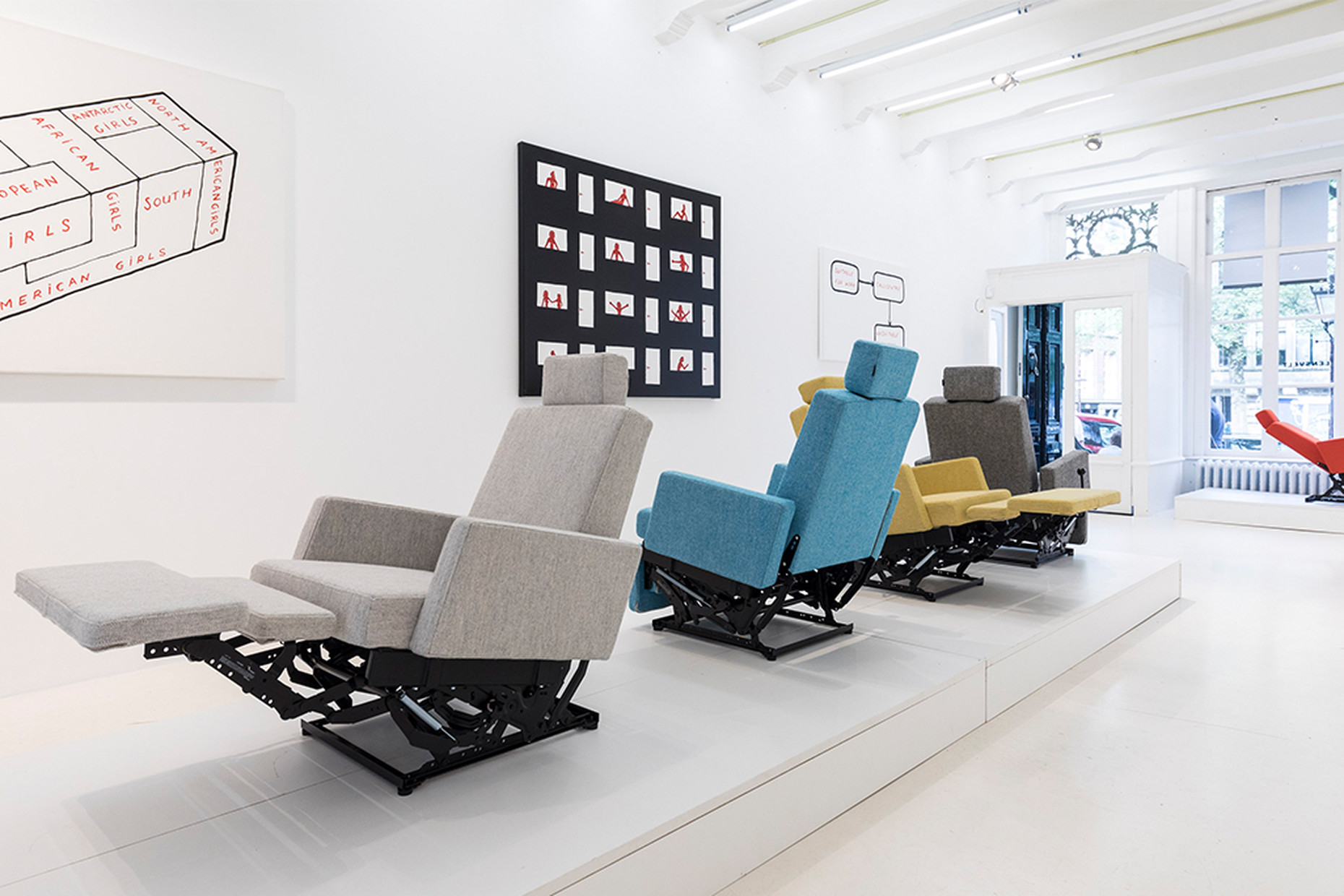