“Borea”, the new outdoor furniture collection by B&B Italia, calls to mind the glamour of airplane trips in the days of yore. The collection is the brainchild of Italian architect and designer Piero Lissoni, and with it he is not only acknowledging his love of aviation, he is also making a contribution to sustainable design.
by Alexander Russ | 3/31/2021

Back when he was a child, Piero Lissoni wanted to build airplanes. In the end, he opted to study architecture, however. For 30 years now he has been at the helm of the Lissoni & Partners studio, based in Milan and New York; it is highly successful in the fields of architecture and design. Nevertheless, his passion for aviation is something that has never really disappeared. And this is evident in the collection of outdoor furniture that he has designed for B&B Italia, a collection which goes by the name of “Borea”. These chairs, side tables, dining tables, two and three-seater sofas and armchairs are made of aluminum and their design is reminiscent of the glamour of air travel in the days of yore.

“Borea is an aeroplane. It is an aeroplane that has landed, a twenty first century aeroplane with a technological soul that perhaps dates back to another century. Borea is an aluminum collection, very modern, stackable, a genuine outdoor product that you can leave out in the rain and nothing happens, but above all it looks like an aeroplane! It gives you the idea of this timeless furniture that the tradition of the twentieth century has moved into the new century,” says Lissoni, commenting on the new collection. Indeed, the furniture in the “Borea” collection really does give the impression of the constructional aesthetics of the previous century while simultaneously, with its sustainable concept, pointing the way into the future. This concept is based not only on the use of recycled materials, but also on a structural principle which makes it possible to separate the component parts easily, thus allowing for optimum recyclability.

The individual furniture items consist of bent and continuous aluminum tubing that create whose elegant sweeping lines which edge the chairs, armchairs, sofas and tables in the range. With their muted colors – dove grey, sage, clay and anthracite – they offer a minimalist frame to the relevant seats and tabletops. It is, however, not only the construction that references aviation. “Borea”’s appearance also demonstrates the kind of similarities that are most obvious in the dining tables. Here, the filigree tabletops, with their glazed lava-stone surfaces and their tapering, rounded edges, are reminiscent of elegant airplane wings.

Moreover, the recycled glass from what were originally TV and computer screens now provides the material for the coated surfaces of the dining and side tables; these are manufactured using a specially developed process. The upholstery for the chairs, armchairs and surfaces also adheres to the collection’s sustainability concept, and is manufactured from recycled PET plastic bottles that envelope a polyurethane core. The fact that this approach is no hindrance to a successful design is evidenced by the differently striped patterns on the upholstery, whose appearance once again provides a nostalgic reference to the early days of aviation. 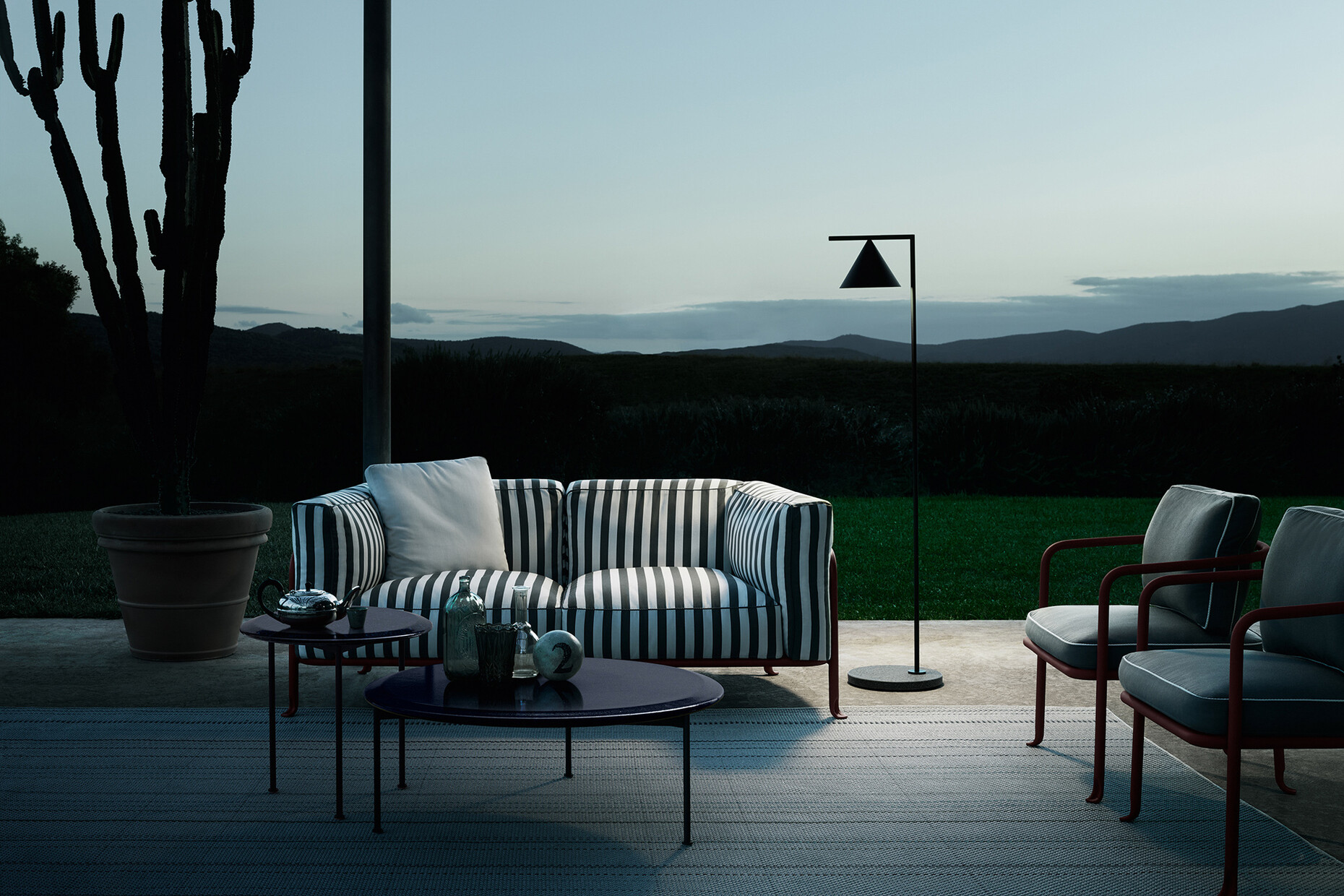 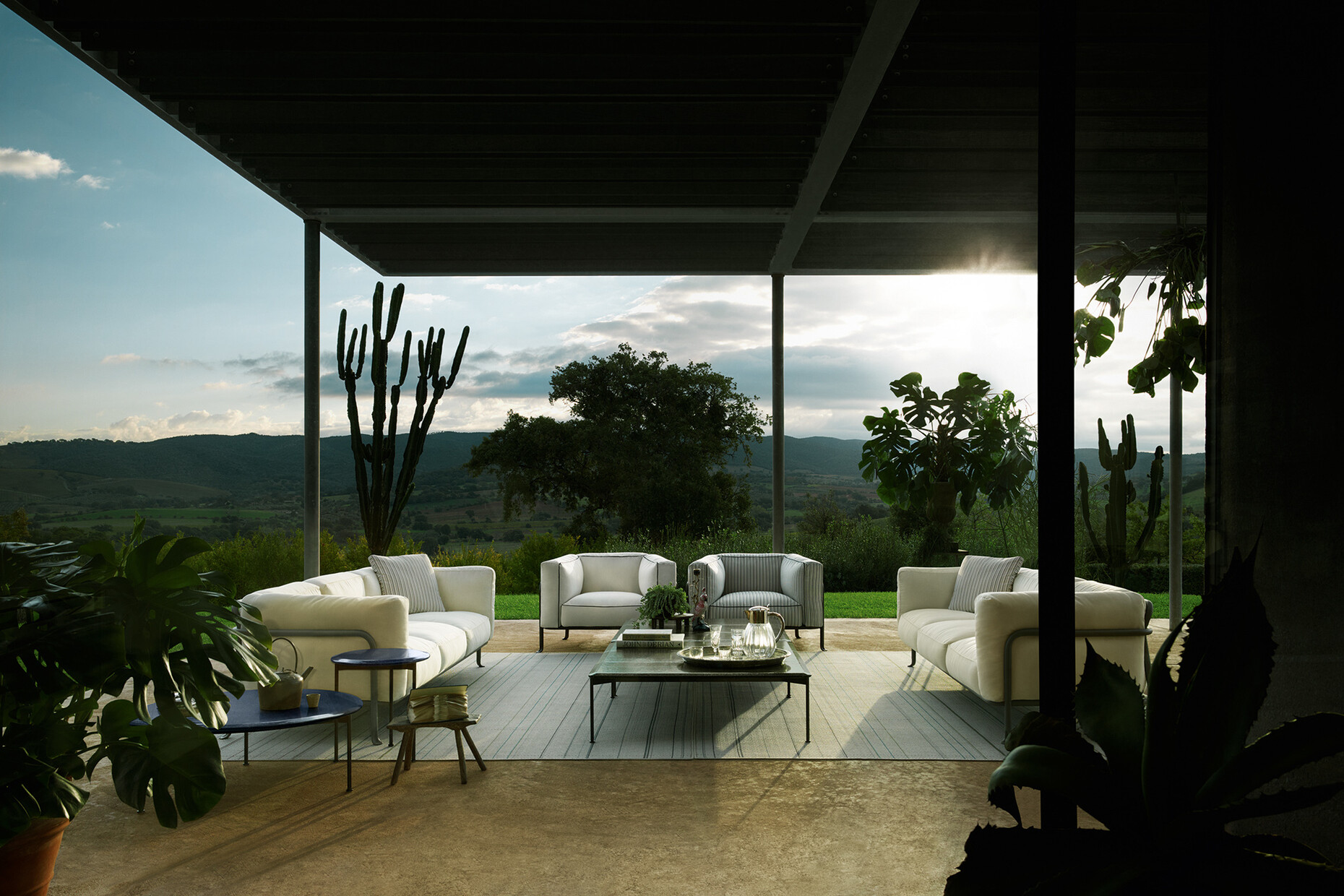 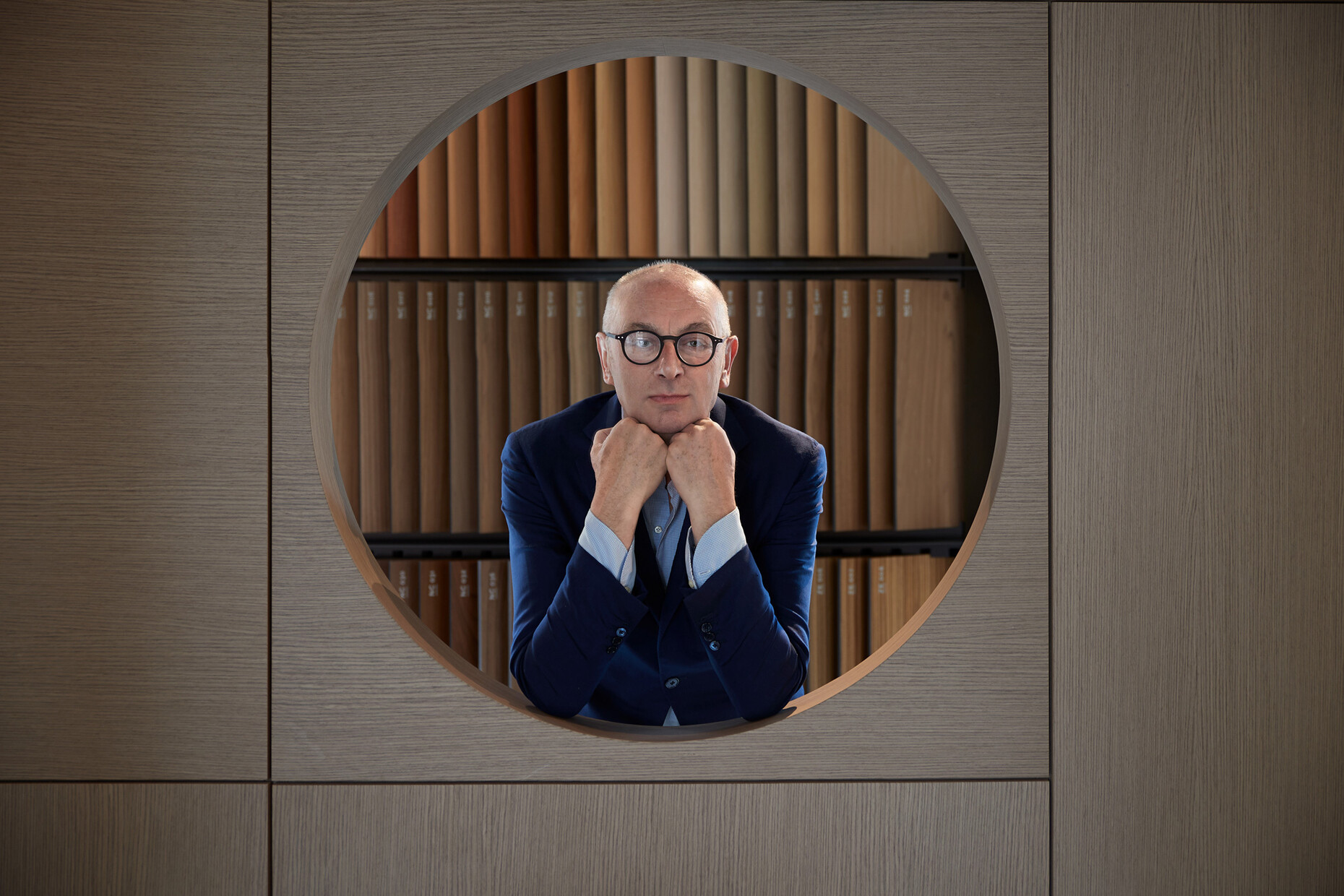 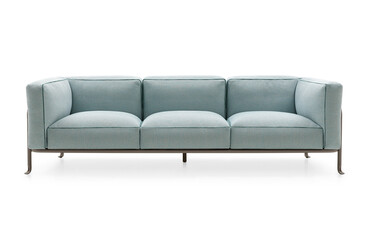 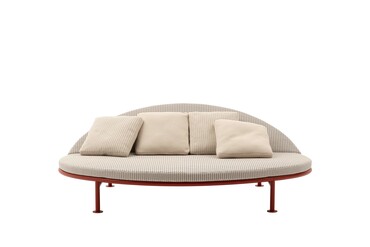 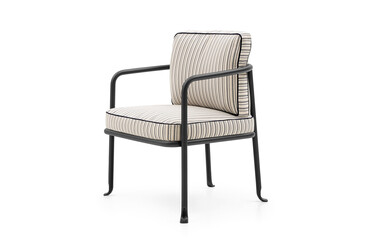 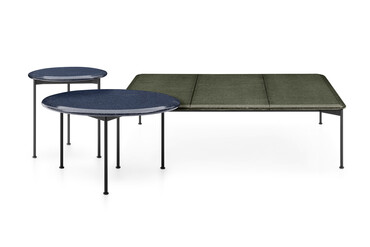 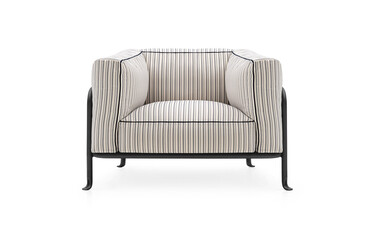 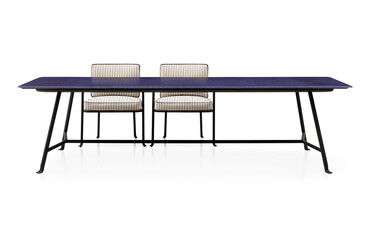 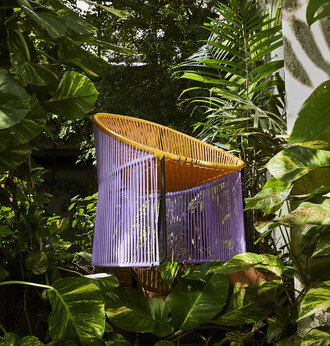 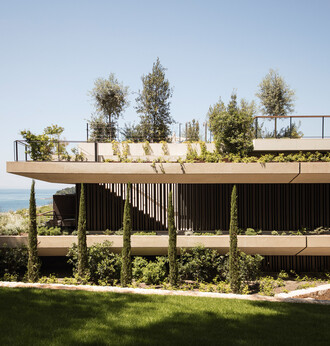 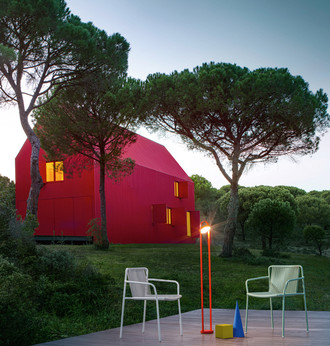 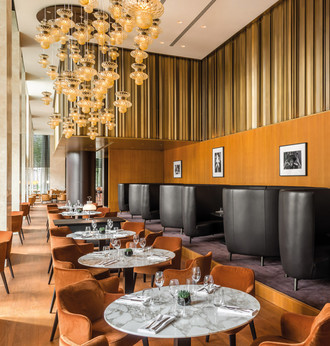