top
Back when Chandigarh was being built
by Sandra Hofmeister | Oct 7, 2010 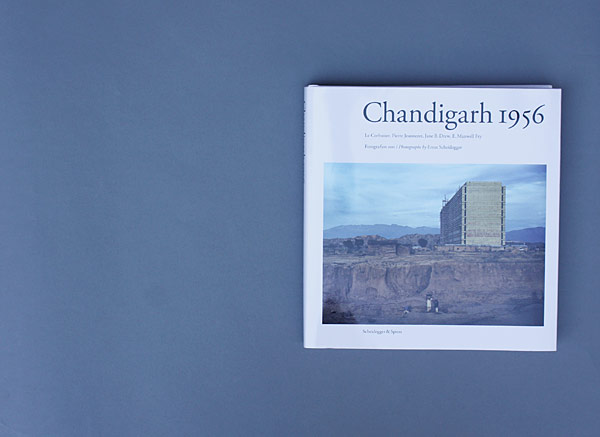 A labyrinth of narrow wooden planks spreads out between steel reinforcements that rise like a cordon of matches from under ground. Barefoot women in long saris balance on it. In the flat baskets on their heads they carry cement to the building site. A monumental building begins to take shape in the barren plain in the background. On the horizon the pale mountains of the rising Himalayas disappear in the haze.

Ernst Scheidegger's photographs of building sites and the first completed buildings in Chandigahr were originally intended to be published in the 1950s in a small series of monographs. The fact that more than 50 years later the photographs are finally being presented in a book published by Verlag Scheidegger & Spiess is thanks not only to the Swiss publisher and Magnum photographer Ernst Schiedegger, but also the editor Stanislaus von Moos. The wonderful compendium documents an urban utopia becoming reality: with the people of Chandigarh, with the building sites and with the clear tactile language of the buildings which were designed to become a monument to independent India.

A long way from Paris

Following India's independence from British rule and the division of the sub-continent into India and Pakistan, Prime Minister Jaharlal Nehru called his project for building a new capital for the province of Punjab from scratch "The Temple of New India". When Albert Mayer, the American city planner initially commissioned, withdrew from the planning, Le Corbusier was hired. In 1950, at the age of 63, the Swiss architect signed the contract and one year later, remarked in a letter, "We are on the site of our city beneath a glorious sky in the middle of a timeless landscape ... At last, here among these people, these remarkably civilized Indians, I will complete my life#s work." Ernst Scheidegger, whom Le Corbusier already knew from Paris, documented the erection of this "life work" in a successful blend of reportage and architectural photography. He recorded the monumental language of the buildings. At the same time he was also interested in recording the people on the building site and how they adopted the buildings, like an anthropologist. Way over 30,000 construction workers were involved in the project until 1956. Le Corbusier's planning team, which included not only his cousin Pierre Jeanneret but also the British architect duo Jane Drew and Maxwell Fry, was expanded there to include junior trainee architects. In spite of numerous requests Le Corbusier was not permitted to employ any non-Indian staff. Given this scenario the building of the provincial capital was not just a matter of national interest for India but also a developmental project for the emerging country.

Residential units, schools, hospitals and court buildings were erected on the barren land. Alongside the simple traditional wooden huts and earthen houses of the construction workers the strict tactile language of the buildings constructed there bricks and fair-faced concrete, seemed monumental and yet archaic. In Scheidegger's photos, Le Corbusier's unyielding desire to turn the idea of an ideal city into reality, is portrayed in multifaceted tableaus, in which the failure of this utopia also looms. Well-trodden paths used as short-cuts by pedestrians have appeared between the street grids in the almost car-free city. Clothes are washed on the prefabricated concrete window lintels, and simple barber stands on the side of the road demonstrate the gap between the western architectural ideal and everyday India. Stanislaus von Moos entitles his essay on the photography and the architectonic non-finito, "Ruins in Reserve" - "Traces of an abandoned Future". Drawing on Robert Smithson, the title describes the singular mixture of promise and decay which in hindsight has imposed itself on Chandigarh, but which was also in evidence when the ideal city was being built. In Scheidegger's pictures the shell of the monumental capitol looks like the ruins of an archaeological dig. The rhetoric of progress which can be seen in the overall planning of all sectors misses the mark just as much as the belief that architecture helps to illustrate the ideals of modern civil society. The demonstration of government authority, which can be seen in the two 1950s ideal cities designed on the drawing board - Chandigahr and Brasilia - is long since a thing of the past. And so in this illustrated book, which now includes numerous color photographs not envisaged in the originally planned book, Le Corbusier's work is portrayed as a failed historical concern to design the future with a city planned from A to Z. 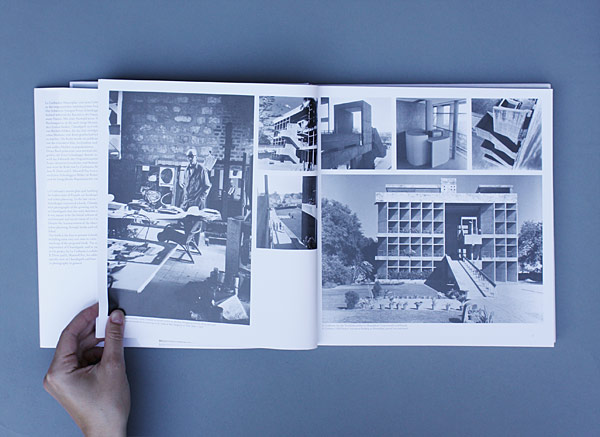 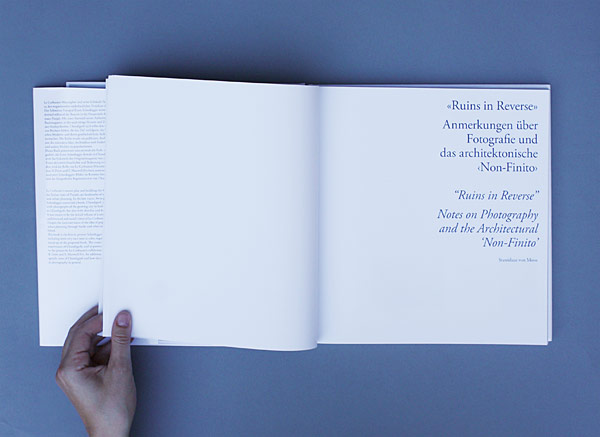 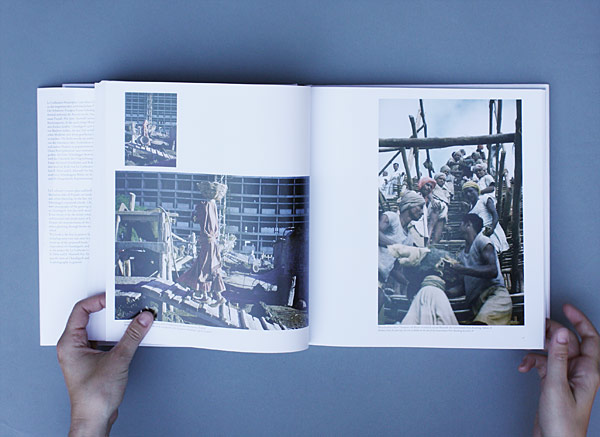 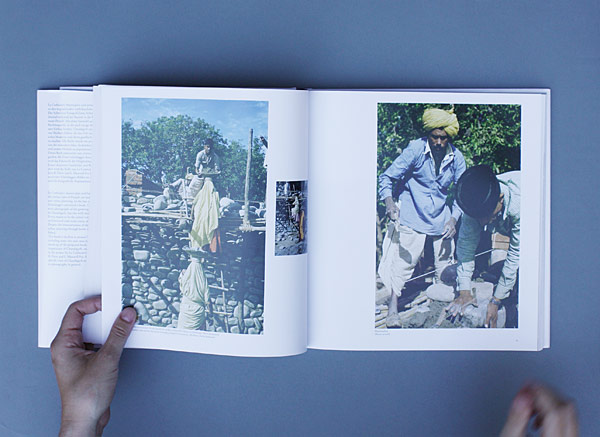 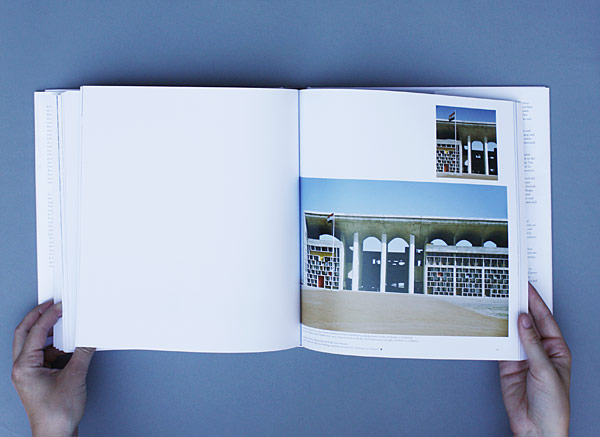 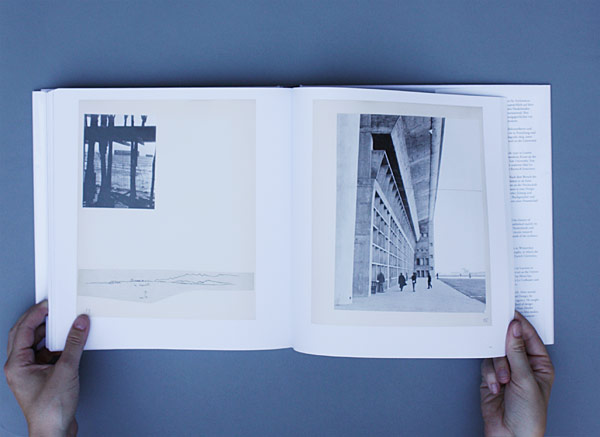 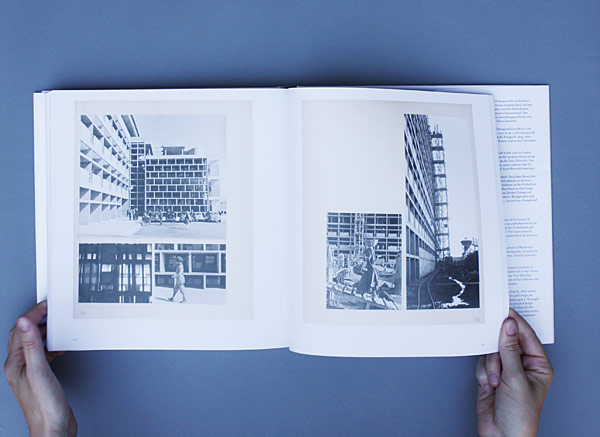 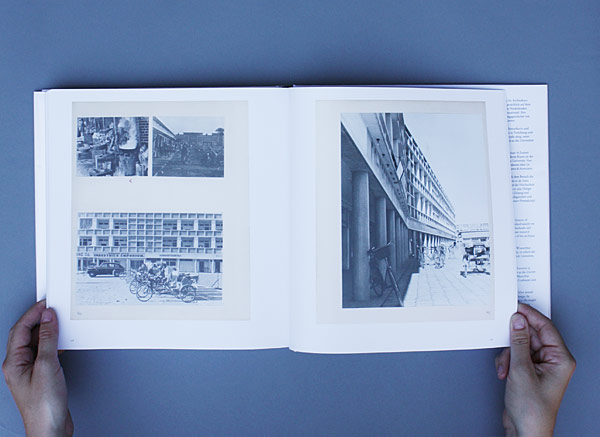 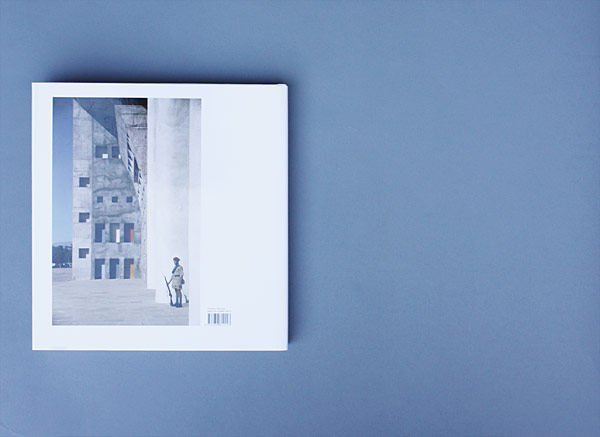