Carpets are back. Designers and interior decorators are rediscovering this flooring option. In good time for DOMOTEX, the leading global fair for carpets and other floor coverings, we present exciting projects in which carpets set the accents.
by Uta Abendroth | 12/5/2019

It is common knowledge that tastes change and trends come and go. Often children reject what their parents and grandparents adored – no matter whether it makes sense to or not. Floor coverings are a good example: In the 1950s, manufacturers invented the first carpets that could be permanently fitted and thanks to new materials and the widespread availability of vacuum cleaners it was also easy to clean them. Architects immediately fell in love with these carpets. And in combination with the underfloor heating that was installed in many households from the 1970s onwards they formed an unbeatable duo. Who needed furniture when they could lie instead on something so velvety smooth and warm.

In the cool 1980s and stylish 1990s by contrast, carpeting was suddenly a no-go for the home. It was replaced by parquet which experienced a veritable revival. Then in the new millennium wooden or concrete floors were the ultimate in good taste. But somehow the desire for coziness got a fairly raw deal. Now given the current striving for more of that warm feeling whether at home or in hotels wall to wall carpeting is experiencing a comeback – it does have advantages after all. Its diversity for one thing: That not only goes for the truly bewildering wealth of colors it also comes in a wide range of grades. But that is by no means everything: Carpeting boasts many qualities; it can bind dust, makes for good acoustics, warm feet and a pleasant room climate and evokes emotions. For example, in strong shades it is a real eyecatcher and is capable of creating the basic mood in a room.

A current example of this is the new showroom of bag label MCM in Munich whose look was created by the Berlin based avant-garde interior designers from Gonzalez Haase AAS. The royal blue carpet is so intensive that is almost overshadows the remaining decor. The architects opted for a densely structured and elegant shining contract velour. They combine the soft carpet with a dark color render with a coarse surface that used to be a popular choice for the walls of stairwells. This combination of starkly contrasting textures and colors produces a totally new spatial impression that gives carpeting an exciting new touch.

When it came to styling the show apartment of Milan furniture maker Cor in Milan interior designer Peter Kräling from kräling_lübke went for a much cozier look. In addition to a striking brass floor he had different carpets fitted in the apartment in Brera district. This allowed him to create a calm and relaxing atmosphere – even when there are many guests. In the large entree there is a velour carpet that changes from pale pink to red depending on the light forms a finely balanced contrast to the flame red walls. In the salon Kräling had a classic ribbed carpet fitted in mid brown. Here the walls are in a brick red. This experimentation with color nuances produces a highly varied look that alters from one room to the next without the overall color scheme appearing disjointed. The wide range of different shades and surface looks offered by carpeting makes it an ideal choice for this new kind of design in which degrees of color unite and distinguish.

In the 25hours Hotel in Langstrasse, Zurich Werner Aisslinger proved that carpets are also an excellent means of providing orientation. For the corridors of the different levels he designed three different patterns in three different colors: On the levels one, two and three there are rhombus and arrow-shaped carpet tiles whose nuances range from black via yellow, green, blue and red through to white. On levels four and five the hexagonal carpet tiles have a close resemblance to tiled flooring. As for the top two levels their floors have a plain, graphic appearance featuring blue, gray, beige and black tiles. Not only do he subdued colors convey calm and sophistication but also a sense of visual depth. Though used to date primarily in hotels and offices carpet tiles are also a good option for the home: Should a glass of red wine fall off your coffee table or an accident happen in a child’s bedroom there is no need to throw out the entire carpet as individual tiles are easily replaced.

In other words, there are lots of good reasons to critically revisit any prejudices against carpets you might have. Given that the qualities of mid-century and 1970s furniture has been rediscovered in recent years why should carpeting not also be given a second chance? DOMOTEX, the world's leading trade fair for carpets and floor coverings, which will be opening its doors again in Hanover from 10 to 13 January 2020, is a good opportunity to do so.

Secure one of 50 free tickets for the Domotex fair. Enter the ticket code n3zdm here. 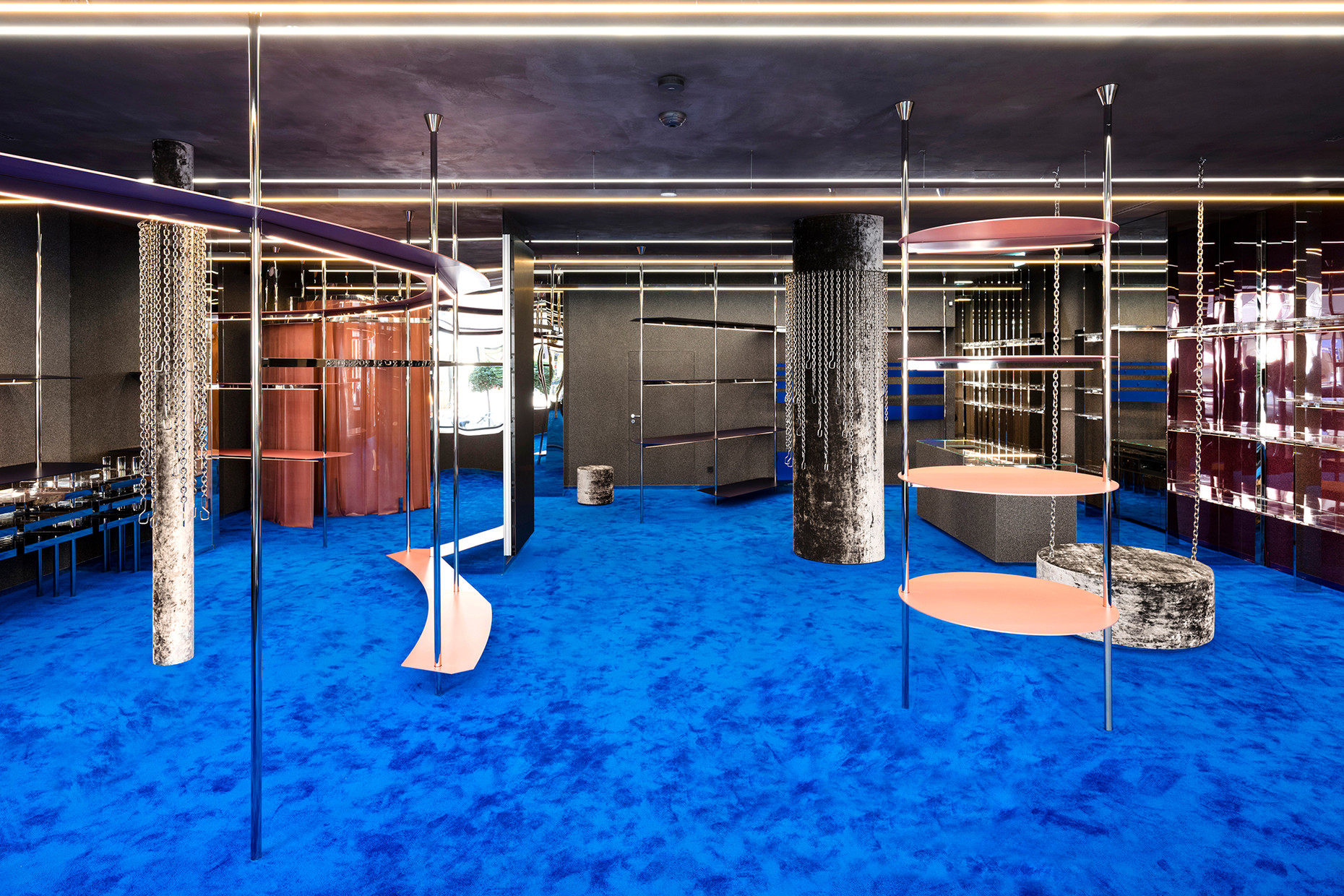 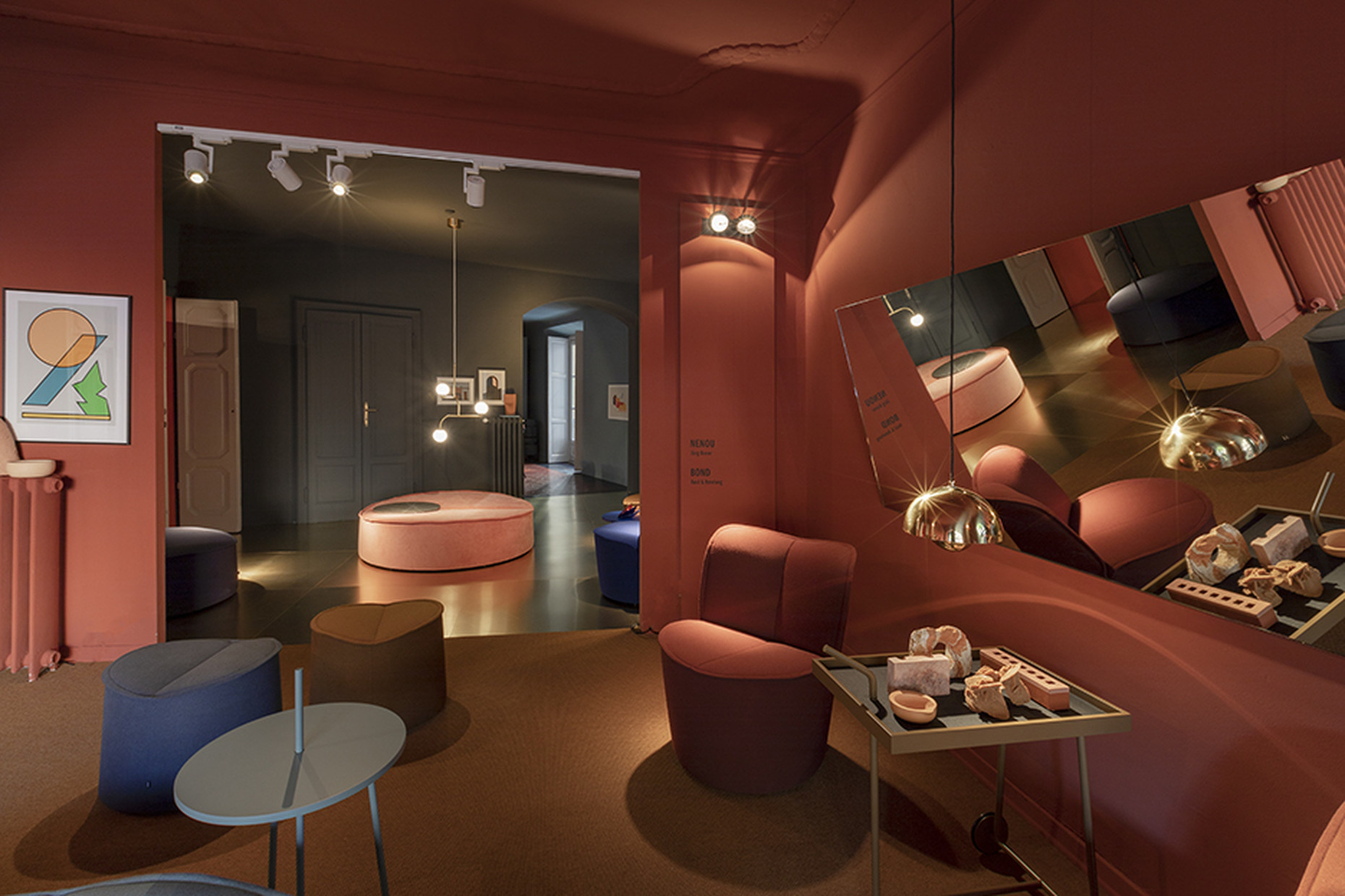 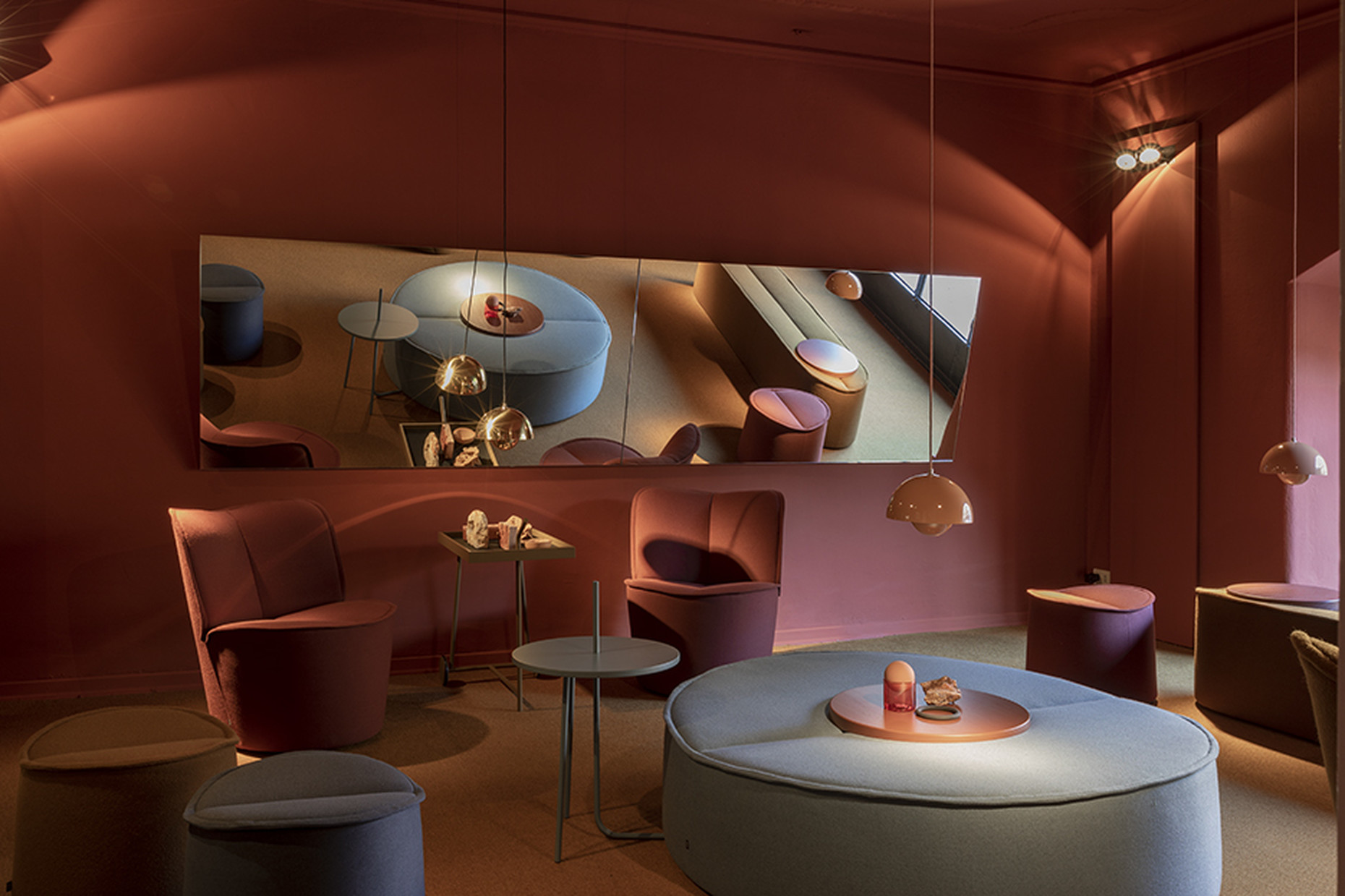 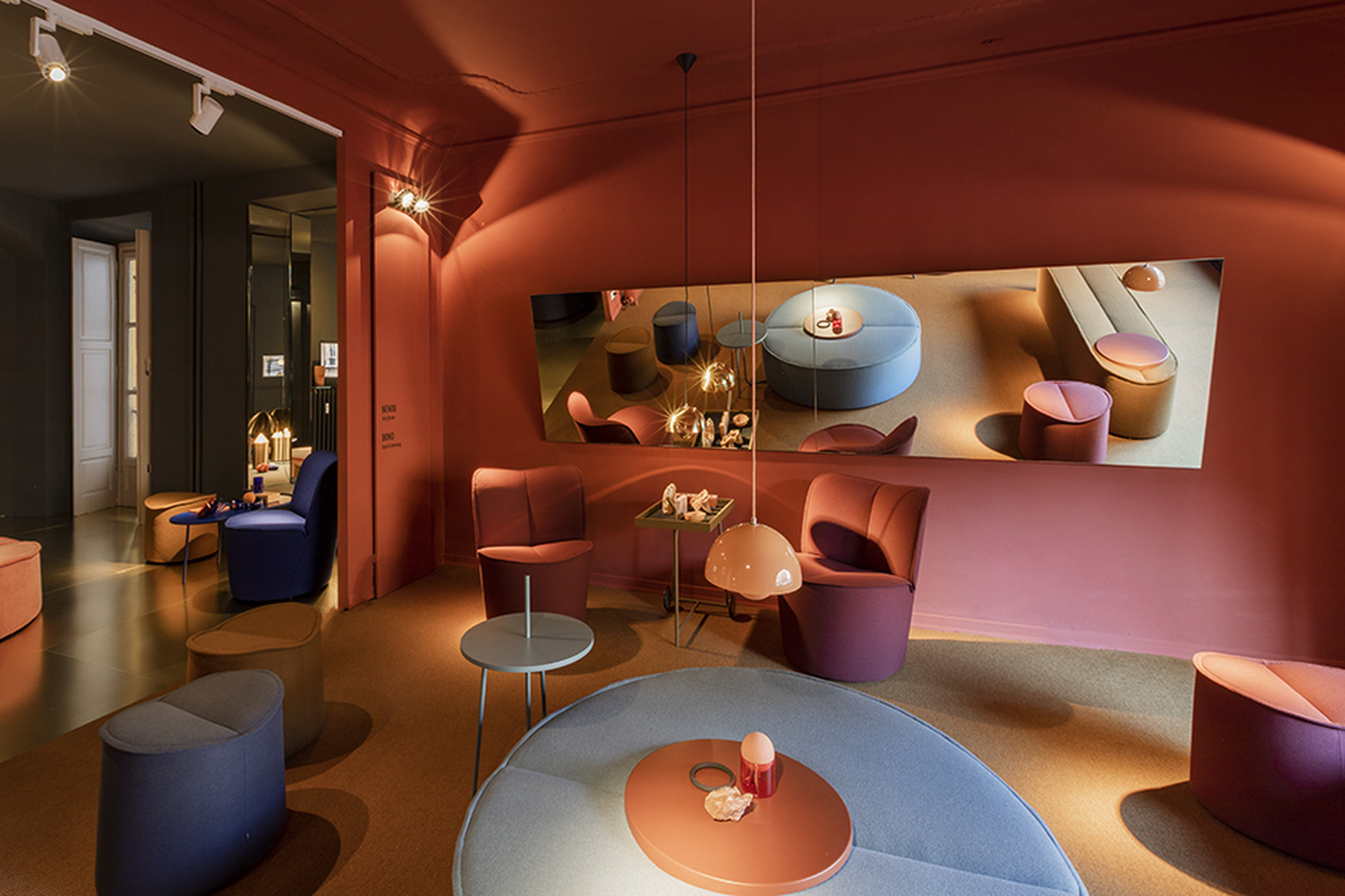 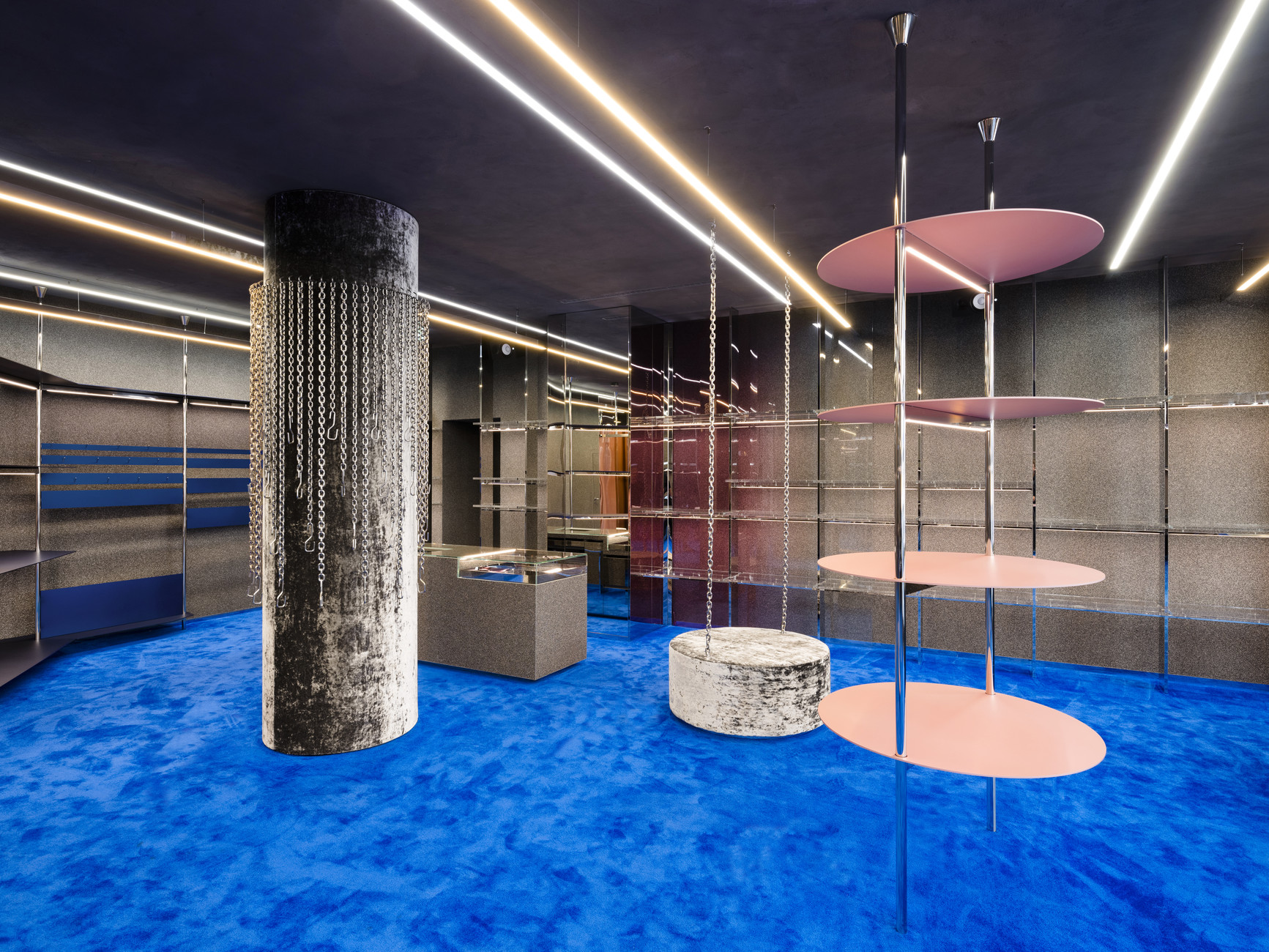 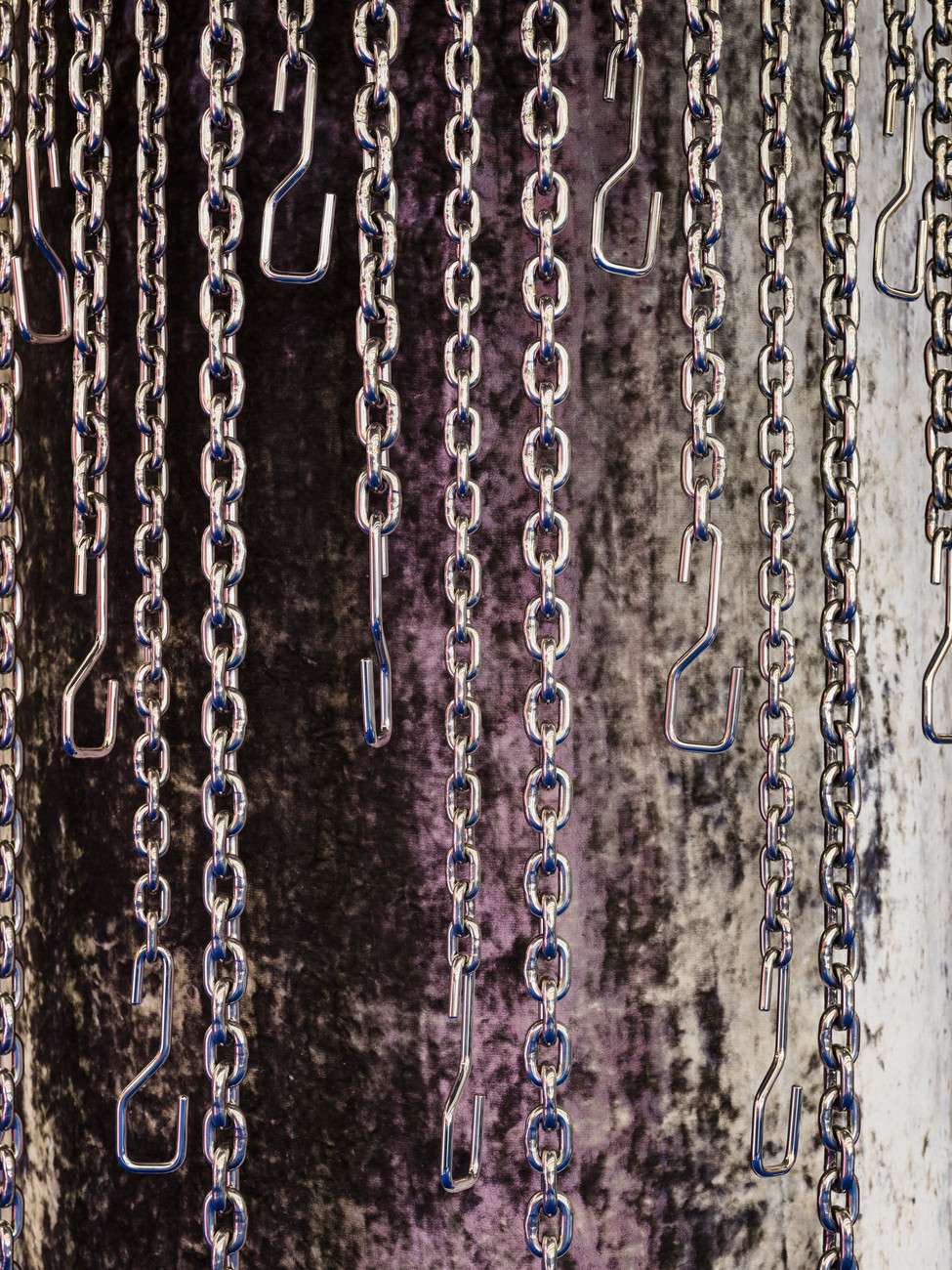 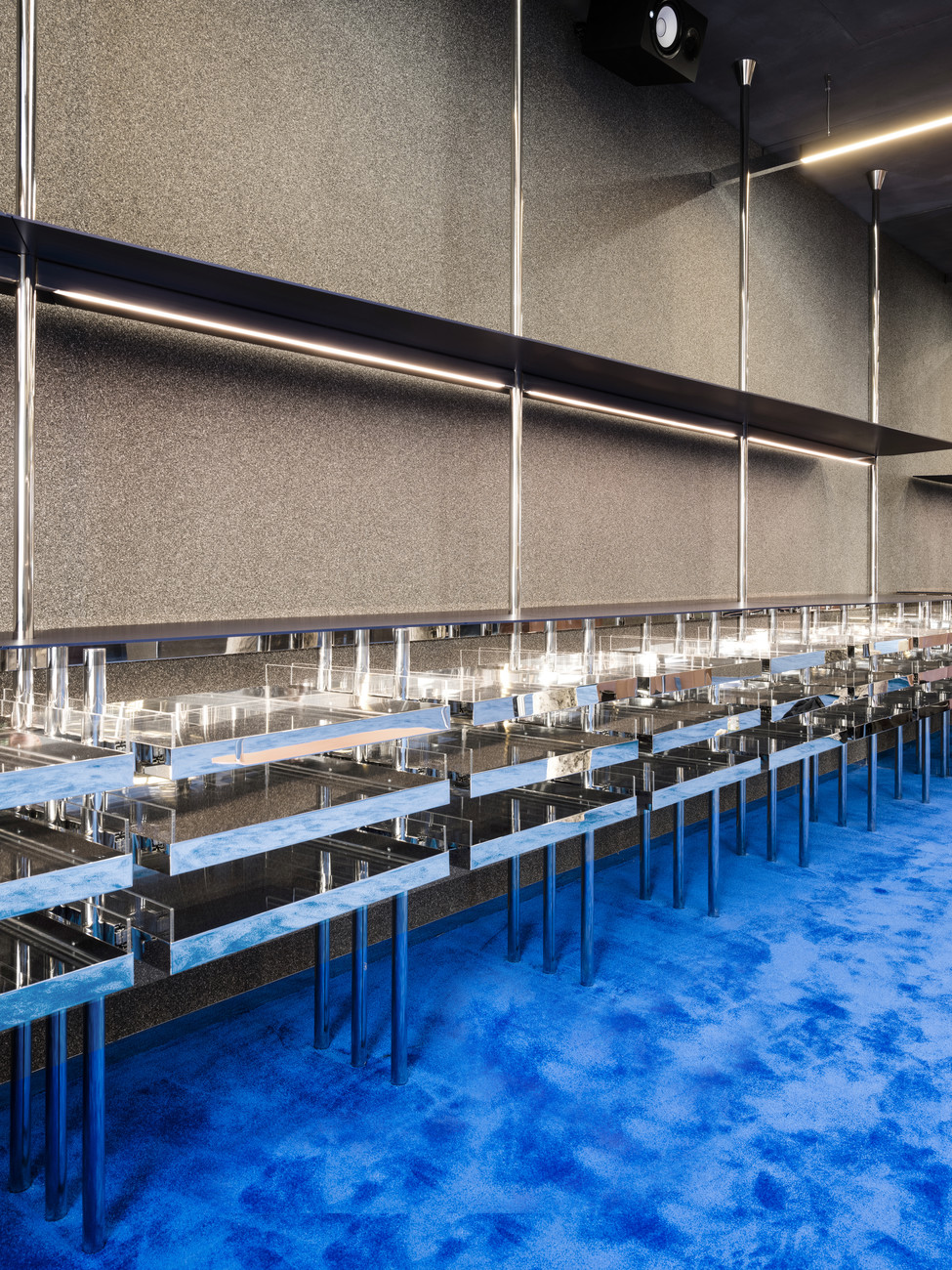 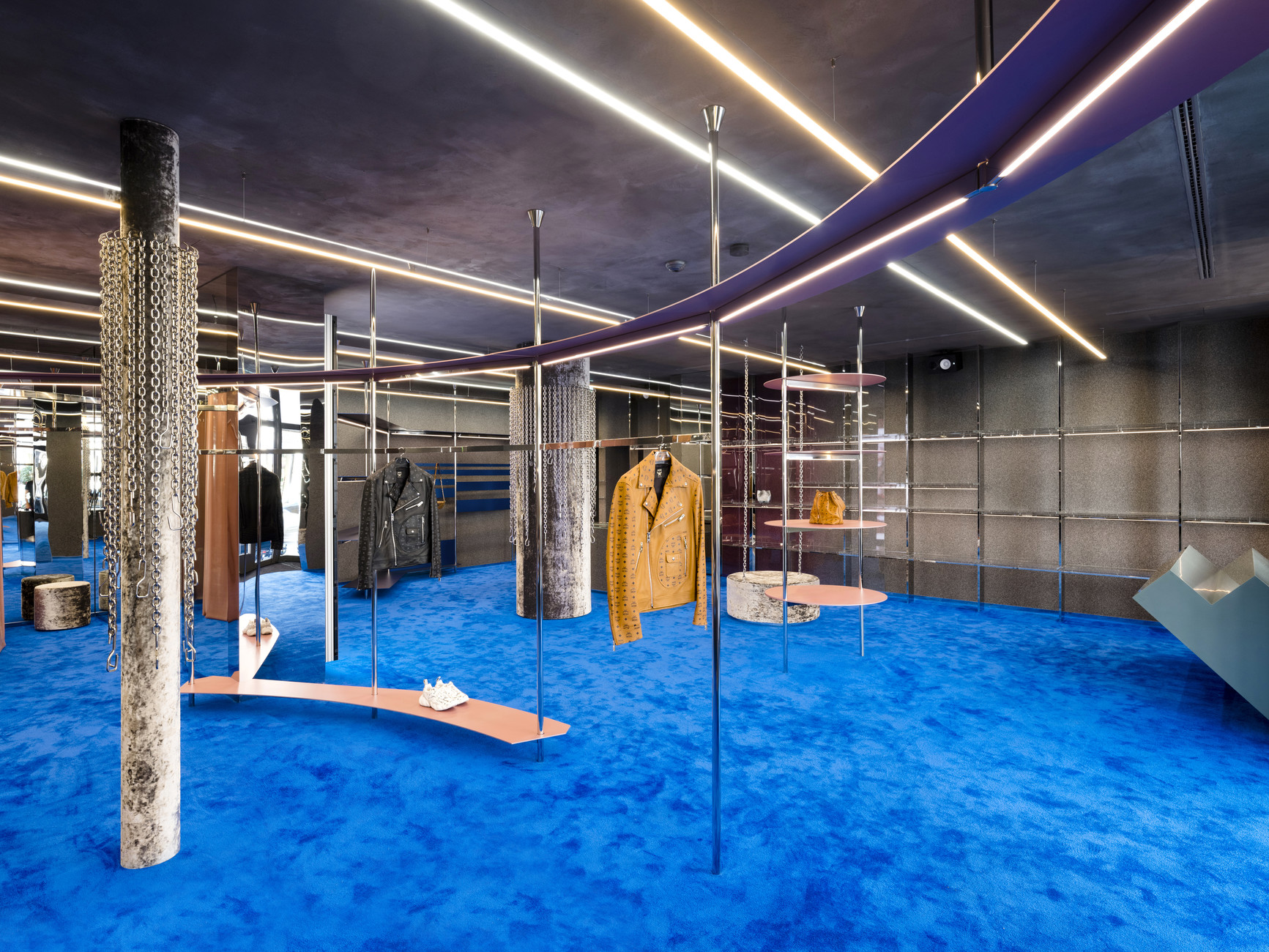 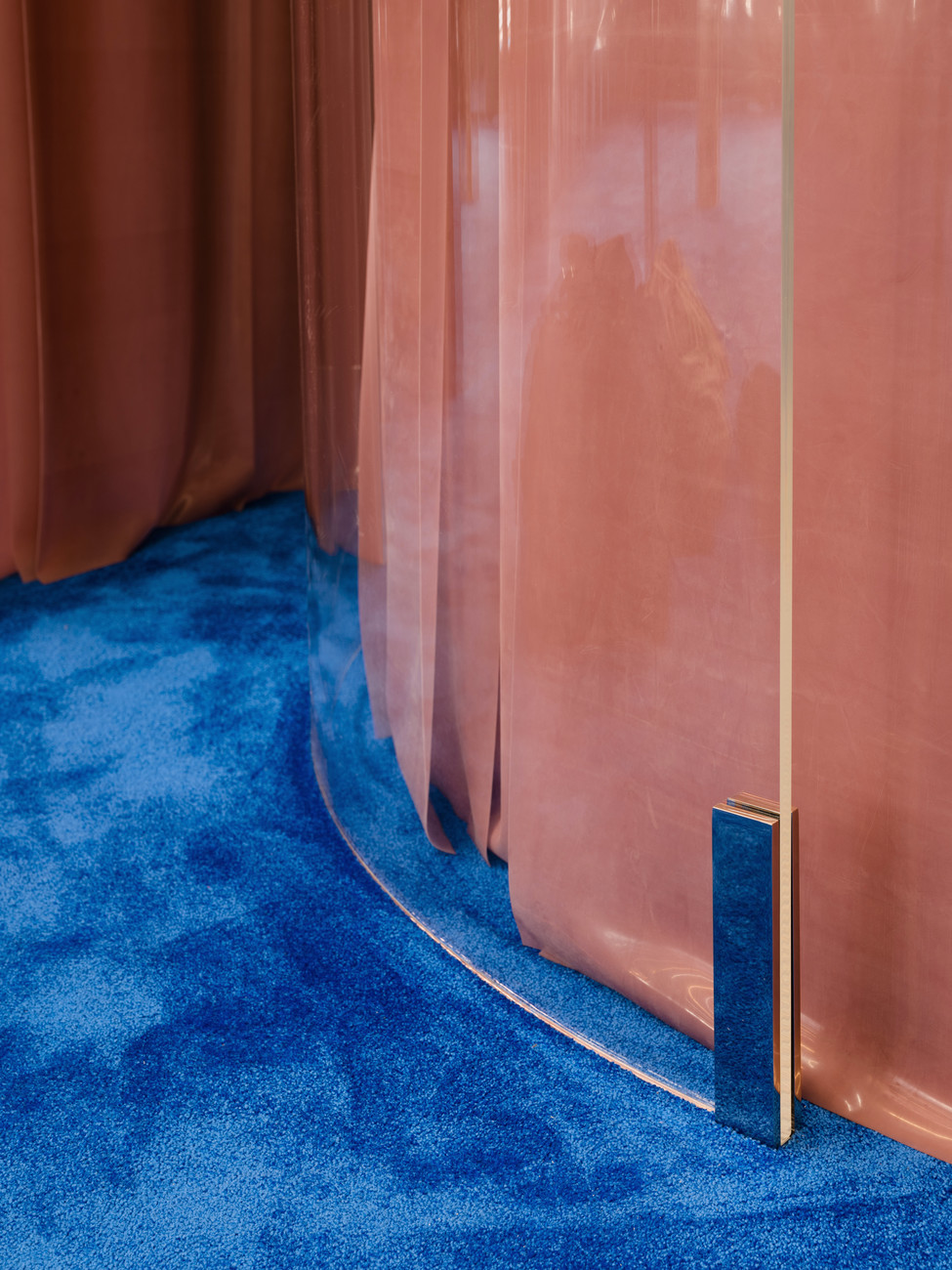 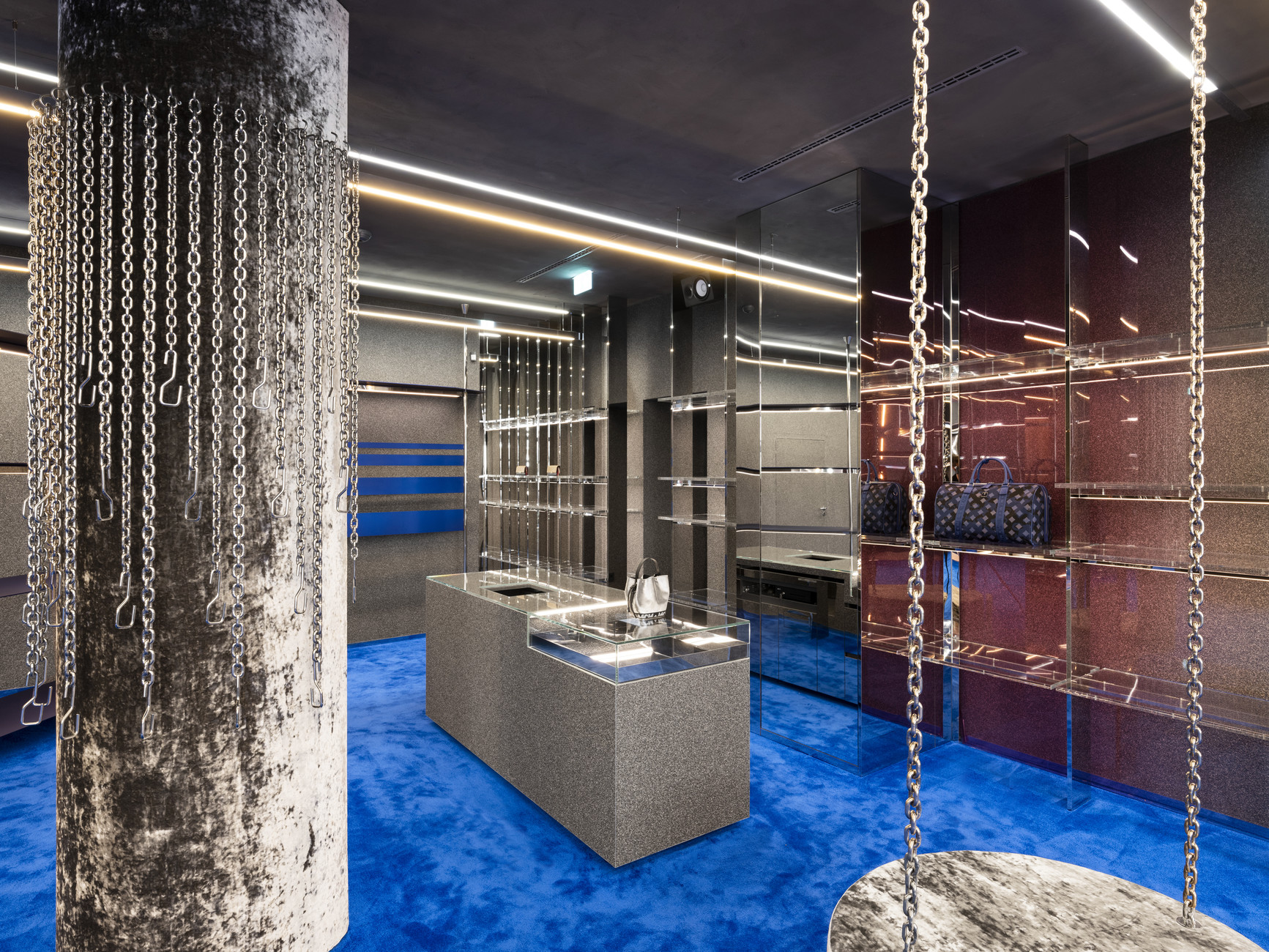 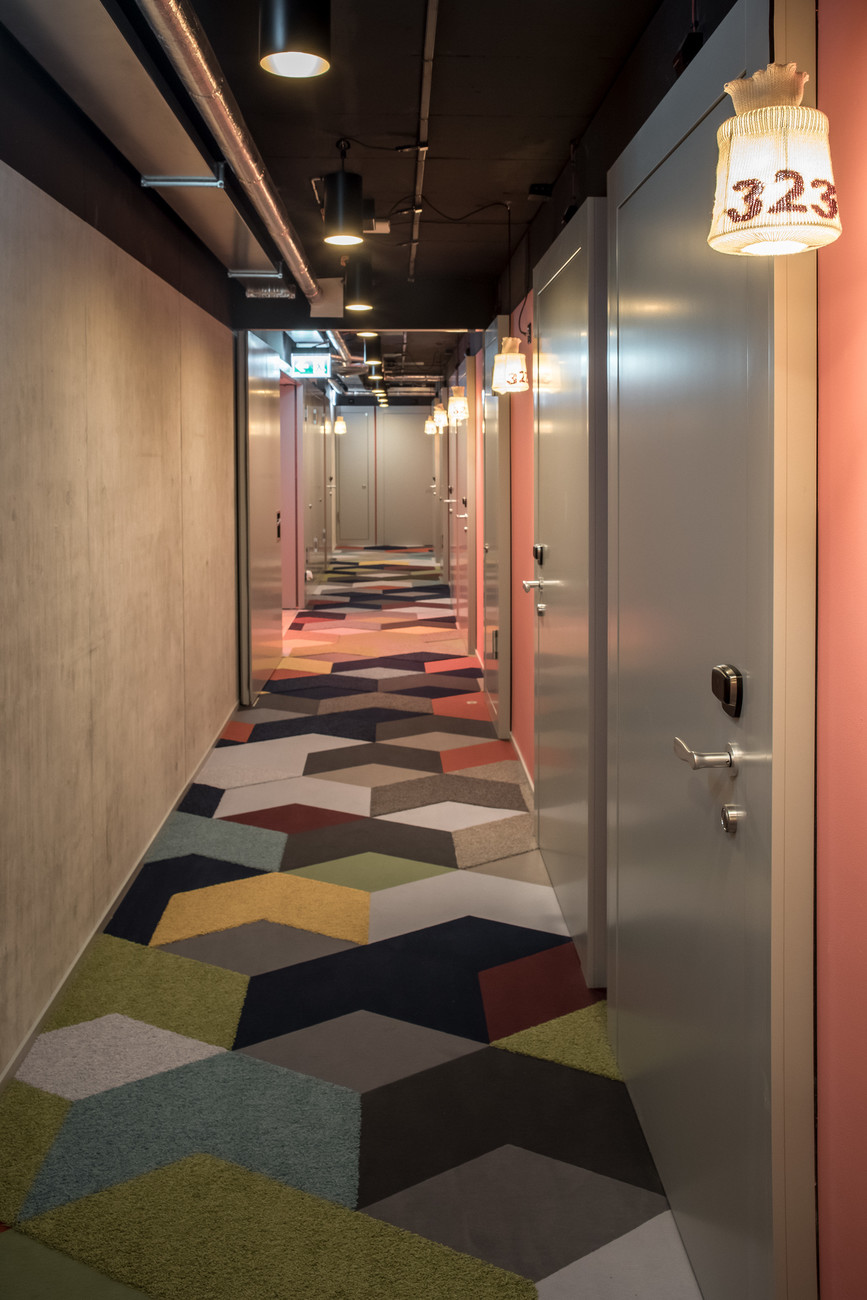 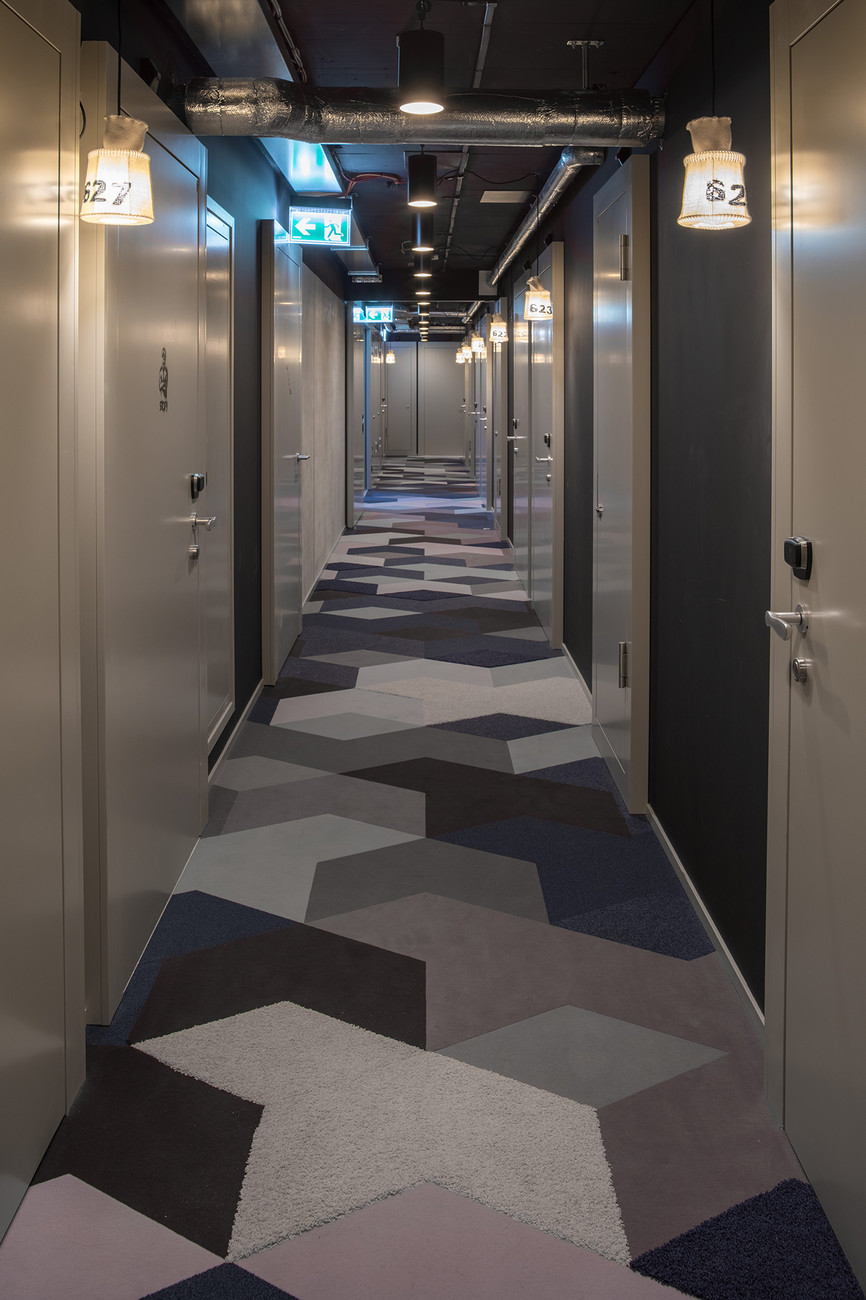 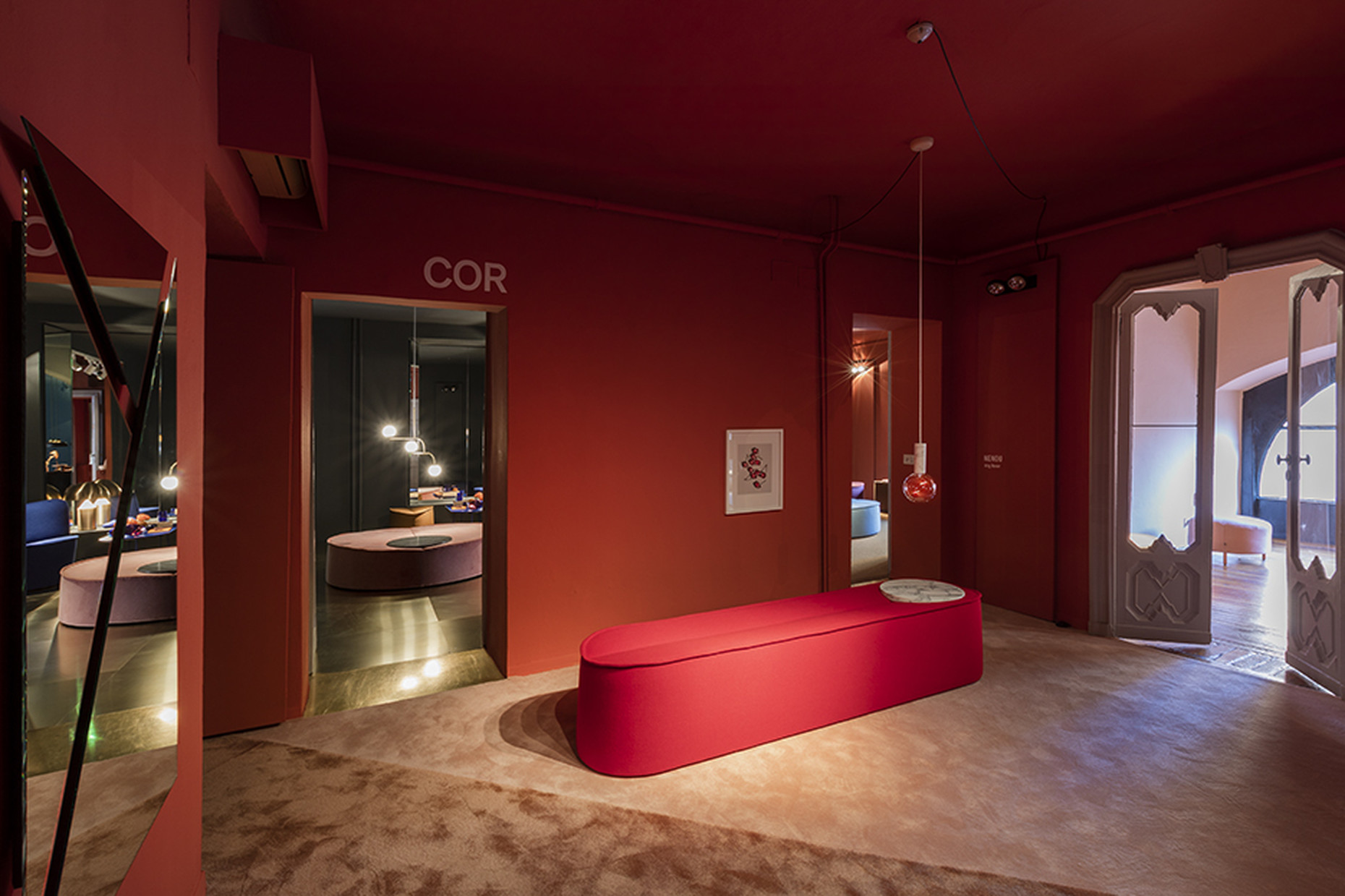 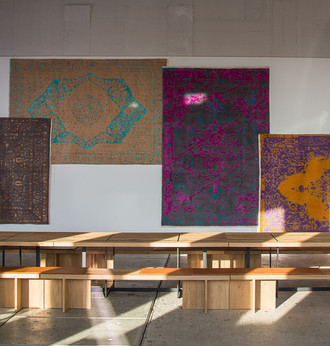 Whether woven or not, oriental carpets are always testimony to time-worn skills, the nature they are based on, and intricate artisanship. This is exactly the right recipe for a successful product in the digital age. 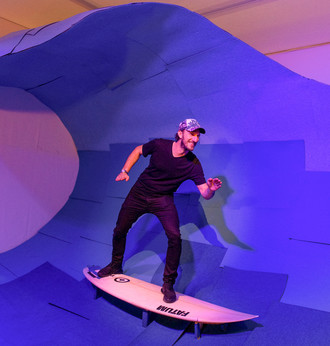 At Domotex in Hanover the focus was not only on digital tools and new networks, but also on resource-efficient solutions and natural materials. 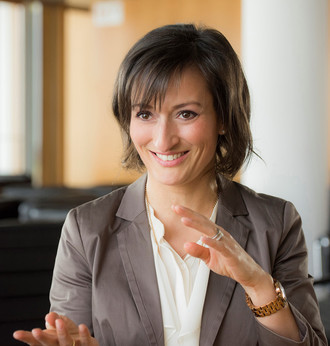 Sonia Wedell-Castellano is the new Director of Domotex, the world’s leading trade fair for flooring. Fabian Peters talked to her about future plans for the fair and Domotex 2019, taking place in January. 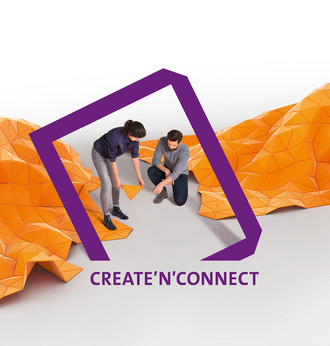 At Domotex 2019, which opens its doors to the public between January 11 and 14 in Hanover, everything will revolve around connectivity and networking. 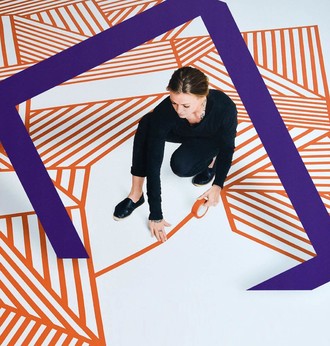 Under the motto “Individualization”, brand architecture office Schmidhuber has created a richly facetted trend area for Domotex, which is repositioning itself. 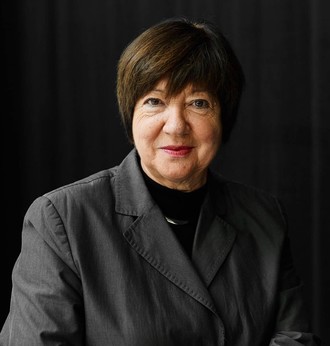 Something you enjoy walking over

Suddenly floor covering is becoming individual and the ego endless: In this interview Susanne Schmidhuber explains what is behind “Unique Youniverse”, the trend show at the newly aligned Domotex fair. 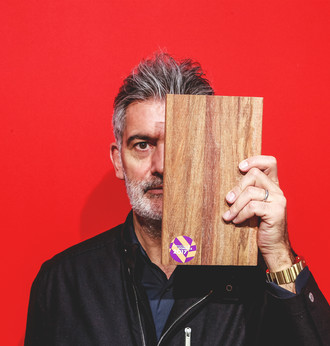