With his keynote speech “Future Living: Housing – now what?” Domotex Special Guest Alfredo Häberli made references to his own design work, from the floor coverings he designed (among others) for the 25hours Hotel Zurich to create a generously proportioned look, to store design projects for Camper, to revisiting the furnishing of Fritz Glarner’s Rockefeller Dining Room, which Häberli created for Zurich’s “Haus Konstruktiv” in 2016. “I have both feet on the ground,” said the designer during his talk.

He called for a design that pays more attention to the close-up and far-off effect and strives to strike a balance between creative expression and neutrality so the user is not permanently overtaxed visually. “Many designs for floor coverings work on the computer screen,” argued Häberli, “but not when actually in place.”

During both his participation in the panel discussion with Martin Haller from Viennese studio Caramel (moderated by René Spitz) and several guided tours he imparted his own personal views on the topic of floor coverings to an interested trade audience – and always with a touch of irony. Afterwards, he had several products demonstrated. First, we made for the manufacturers of carpets and elastic floor coverings.

Sometimes a new design quality is the result of precision and intelligent concepts. Alfredo Häberli: “For the pattern of the carpet tiles Stony Beach by Danish firm Fletco it makes no difference at all how they are laid out. A consistent look is always created as they have no pattern repeat. That is clever. The ‘ZigZag Tiles’ are even more refined. You can hardly see where the tiles join. Ulrich Marsk from Fletco commented: “That is our highlight. ‘ZigZag Tiles’ are a classic flat-woven model we use on functional floors – a hard, elastic floor covering. For Stony Beach a special tufting technique that can color loops contributes to this effect. We are very successful with minimalist surfaces. As the tiles have only minimal shrinkage, their edges remain invisible.”

How important a role do natural and artificial substances play in floor materials? Alfredo Häberli: “Linoleum was used back in the early Modern Age to cover furniture surfaces. I have used it repeatedly myself; it is a natural product.”
Robert Volhard: Cocoa bean shells are incorporated into this linoleum floor. What impact do they have?”

Carsten Fähmel, Forbo Flooring: “The ground cocoa shell is worked into the so-called linoleum cement as the fifth natural ingredient. Afterwards, the surface is coated. This produces a design effect with a certain feel. Such new ideas are important as the market for this natural material is unfortunately shrinking.”

Willem Burmanje, Forbo Flooring: “For areas where linoleum is no longer used today, say, in the health or care sectors, we have developed a homogenous PVC flooring made without producing waste or remnants. For example, the Energetic collection does not need to be glued and does without problematic softening agents. A further advantage is that the material neither shrinks nor stretches, in other words it retains its original size.”

What role do recycling materials play when it comes to creating new products? Robert Volhard: “The yarn used in this carpet, the Metal-X collection by Tapibel, consists of recycled fishnets and other nylon materials.” Alfredo Häberli: “For me that is an example of a successful iridescent effect, which can look interesting, say, in a corridor.” Philippe Renard, Tapibel: “We have worked with Econyl yarn for a long time. It is time to bring green products to market. This product offers all sorts of benefits, such as an antistatic effect. In Metal-X there is a limited color range. I really like the silver-gray shades, but find the golden-bronze tones somewhat too light. But I’m only the owner, my son is responsible for active business operations.”

Precision also plays a major role in innovative underfloor heating, yet the aim is to maintain certain temperatures. Dirk Held, Lofec: “With electric surface heating we can heat up any floor covering, as we limit the surface temperature to exactly 27°C.” Previously, it was not possible to regulate electric underfloor heating precisely enough to not exceed a maximum temperature, which differs according to the material. Jürgen Schneider, Lofec: “No matter what the manufacturer stipulates, we can maintain the given temperature exactly. Using laminated strips and low voltage we can heat floors, walls or ceilings. It is 0.5 millimeters thick, making it ideal for refurbishing existing buildings.” Alfredo Häberli: “How broad are these strips?” Schneider: “The standard width is 60 cm, the narrow version 17 cm. They are installed 1 cm apart.” Häberli: “Can I just plug it in to the next outlet and lay it under the carpet?” Schneider: “We bring the heat to where you need it. But it is not a yoga mat. The strips are firmly installed and need a regulation system that is remote controlled or controlled by cable.”

Anyone who doesn’t want to install planking permanently needs sophisticated new methods. The “Clip Up System” by Parchettificio Garbelotto is a reversible laying technique that uses underlying metal tracks to fix the planks. Alfredo Häberli: “You always need to know what the benefits are. It could definitely be an advantage if you don’t have to glue planking. Say, if you are only using a store or an apartment for a limited rental period and want to put down your own parquet that you can remove later when you leave.”

Do you also find sustainable management, including the use of production waste, with tropical timbers? Maderacre is a Peruvian brand. “Munay Deck” are planks for outdoor use that are glued from several narrow strips. Even this material is FSC-certified. Jose Canchaya from Maderacre explains: “When manufacturing our planks waste material is produced, which to date we have not been able to use. We help preserve the Amazon forest and control the entire manufacturing chain, which is then certified. Now we can put the clippings from our production to good use and strengthen local development. Germany, Belgium, the Netherlands and other European countries are our most important customers.” Alfredo Häberli comments: “I think it’s commendable that here a niche product is being developed in a smaller South-American country, where evidently certification is also valued.”

What happens when hay from an alpine pasture fuses with an industrially produced base plate? Alfredo Häberli: “We would like to find out more about your product …” Edwin Lingg, Li&Co: “It is a floor covering for those who want something special. ‘Lico Pur’ is hay-based. The upper part is made of Tyrolean mountain hay, which is applied using a natural binding agent to a waterproof, mineral base plate and coated with a reactive polyurethane, which gives us very low wear. It can also be produced with all manner of herbs, flowers or seeds. And the aroma even lasts for several months.” Häberli: “Where is it employed?” Lingg: “In unusual homes and projects, say, a house in Japan, a villa in Florida, in a wellness area or a bedroom. Customers pay about €150 per square meter.”

Alfredo Häberli makes for the “Living Materials” by young designer Klaas Kuiken from the Netherlands: “The floor is in motion. Where does the light come from? It’s like in a disco. Very interesting, you leave traces which disappear again. I find the shape of the tiles very interesting. I’m sure you get something like that in the Orient, it’s very attractive. Robert Volhard: “We accompanied the project with Stylepark and selected the designers, all in their first to third year after starting up a studio. It started with a workshop with Stefan Diez in Munich, who acted as a mentor for the program. Each of the participating designers got involved in the topic.” Alfredo Häberli: “That is important for a fair, that you not only invite exhibitors with their products, but also conduct active research.”

Traditional techniques encounter new design ideas. Robert Volhard: “Can you explain the effect of this material to us?” Susanne Pertl, Havwoods: “The new collection ‘Shou Sugi Ban’ is made using a traditional Japanese method of woodworking. First, the surface is burned and then brushed off, so the soft fibers are removed. Then it is sealed using a special water-soluble varnish. The characteristic color shimmer is produced by the surface not being completely closed. Carbonization makes the wood robust.”

A great deal of exhibition space is made over to carpets at Domotex, which form a world of their own. Hossein Rezvani: “I am the only person in these halls exhibiting traditional Persian carpets in modern designs. To mark our eighth participation at Domotex we have launched a limited special edition featuring ten designs. Carpets from India or Nepal typically have 200,000 to 300,000 knots per square meter. We begin with 400,000 knots. Our finest carpets have 1,000,000 knots per square meter. Worldwide, we are the only firm to offer such quality combined with a modern design. Such a piece is made up of six million knots fashioned by hand. That takes two people seven months. Initially it was difficult to realize our concept, because nobody was prepared to break with traditional designs, go abstract and do something different. Despite the change I like the fact that you can still tell where the carpet comes from.”

Then Alfredo Häberli sums up: “Several of the innovative products I discovered at the fair really surprised me,” says the designer. “I’m interested in the scope you encounter here. It ranges from one-off crafted items through to industrially manufactured products. Both have a precision of their own. Experience encounters enthusiasm for the new. This is precisely the area I operate in. In particular formats such as the curated forum ‘Young Designer Trendtable’ open up new prospects.” 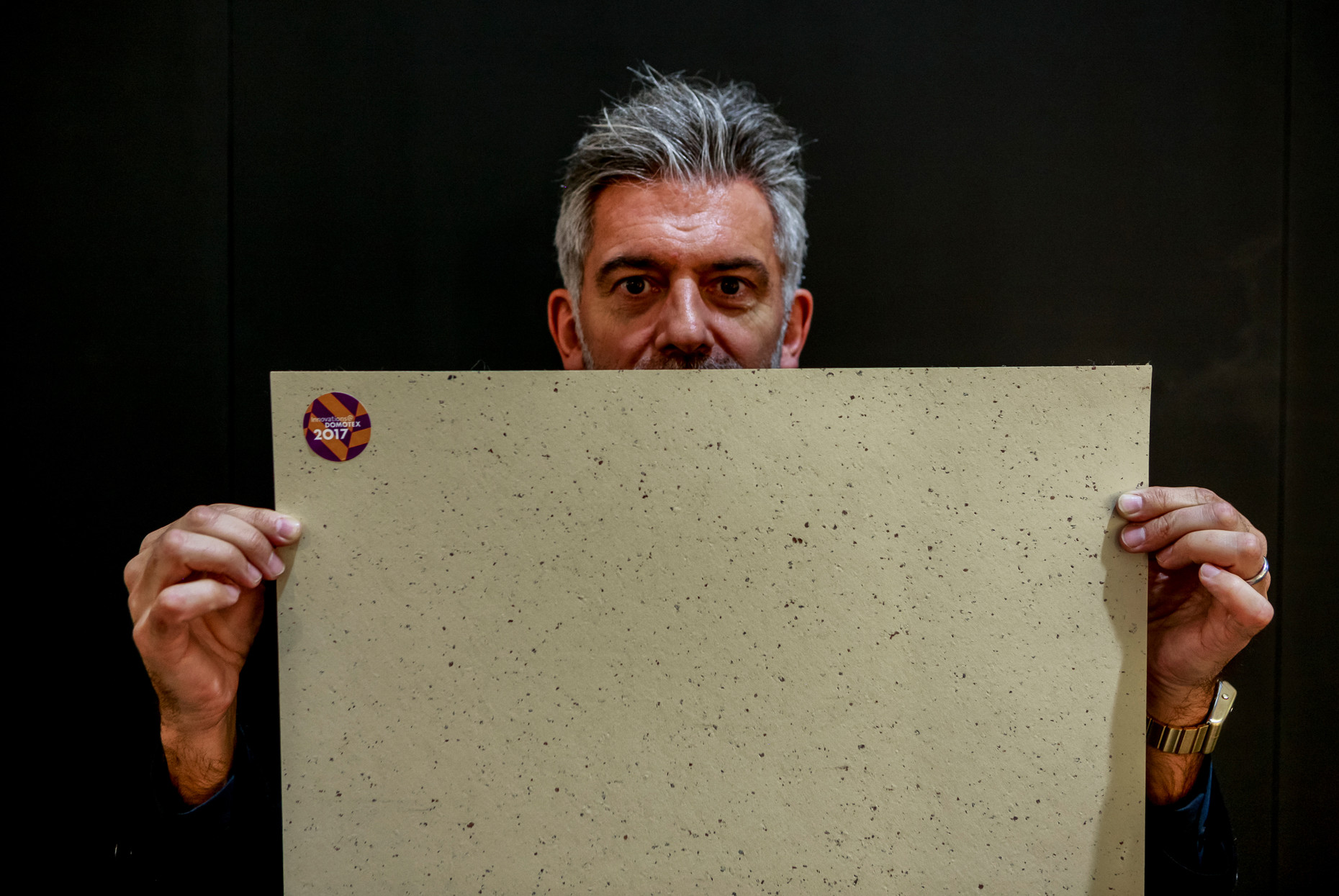 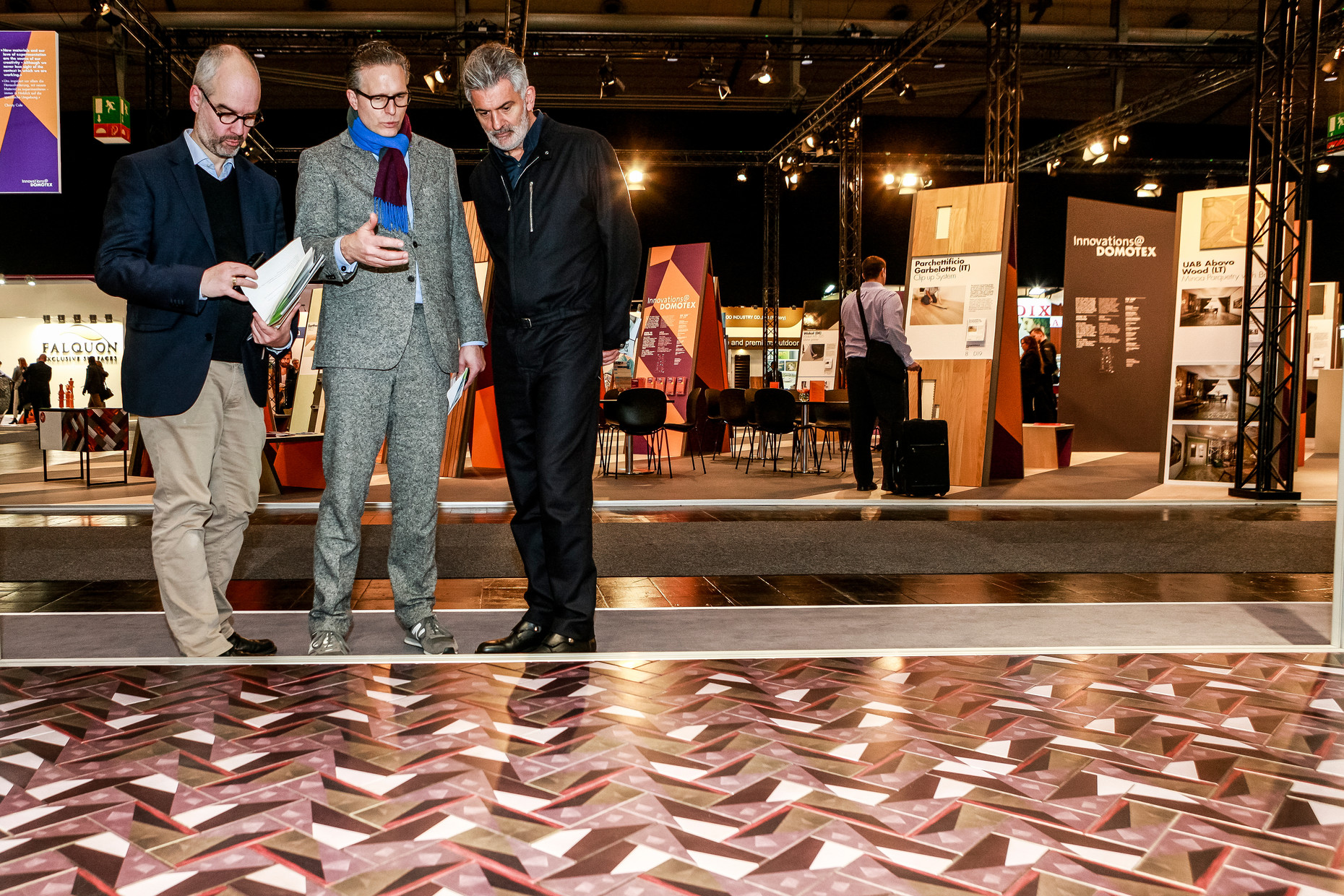 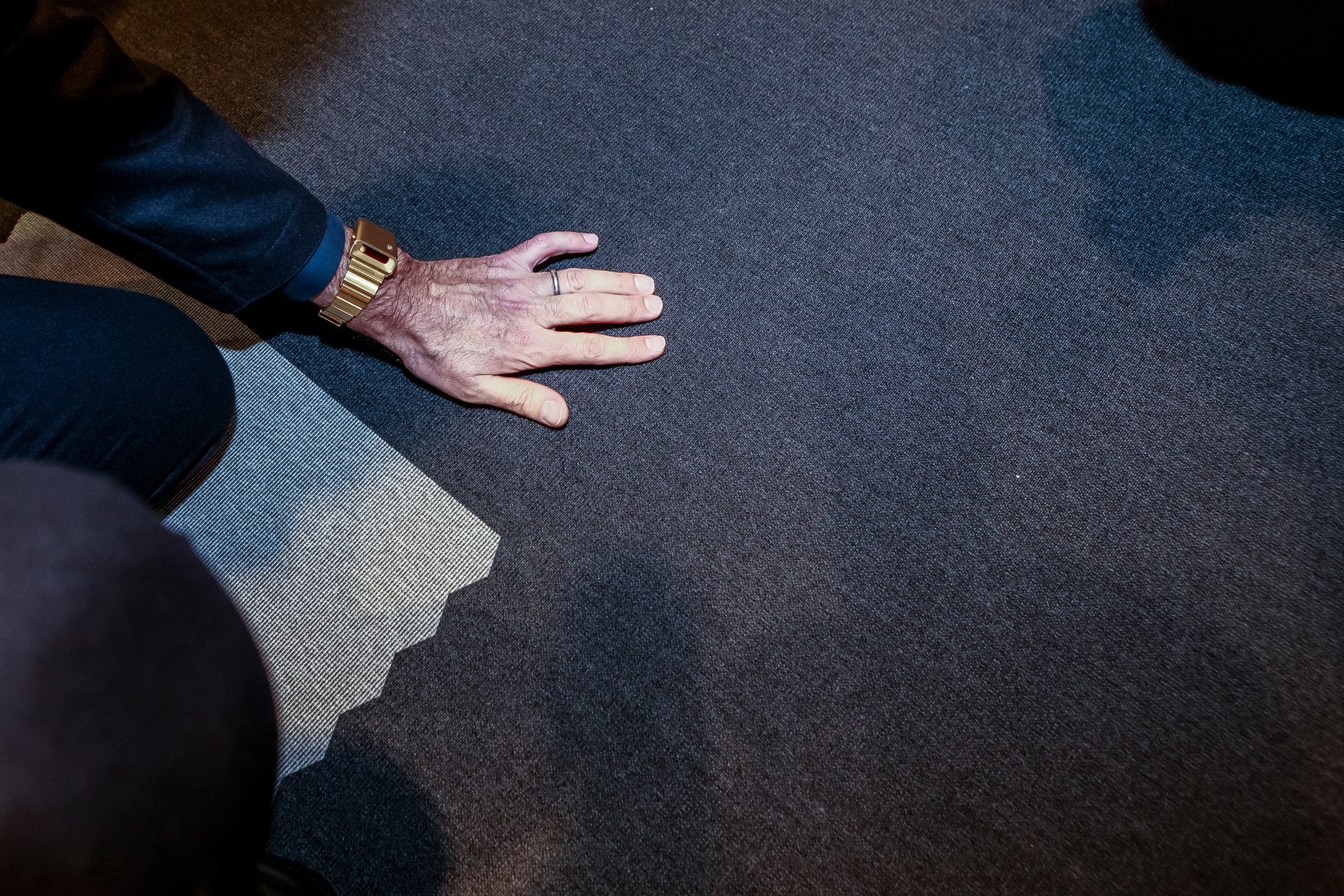 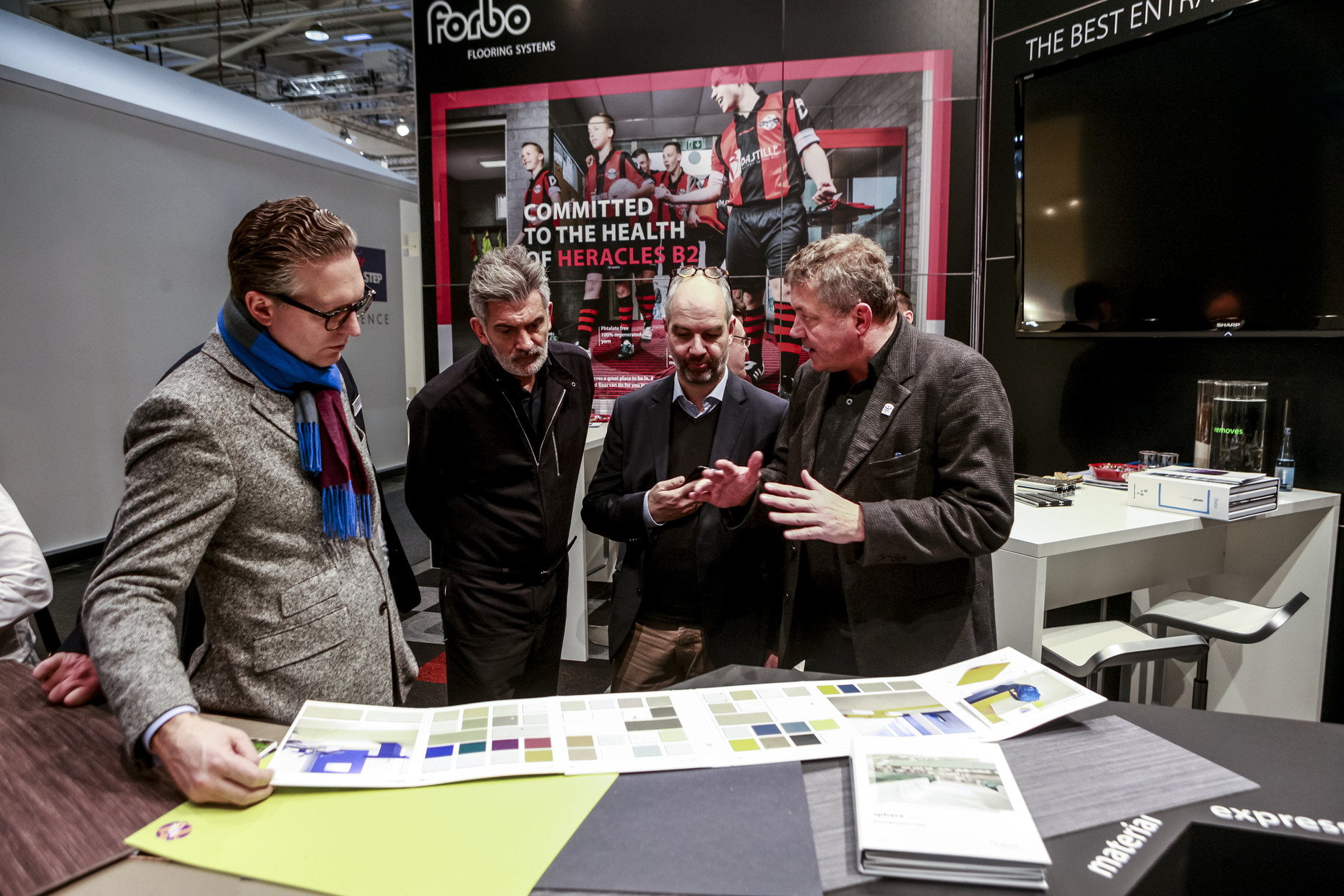 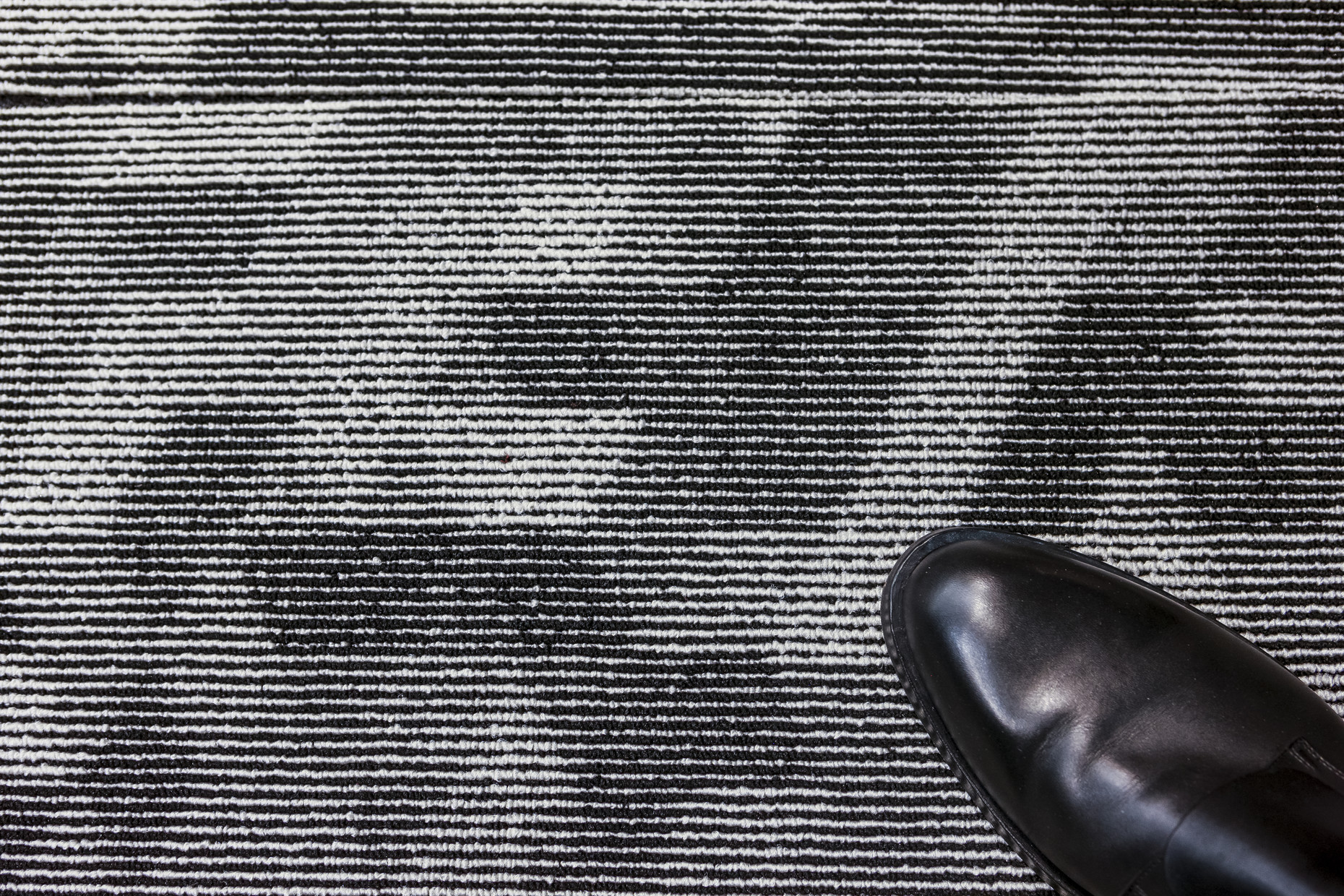 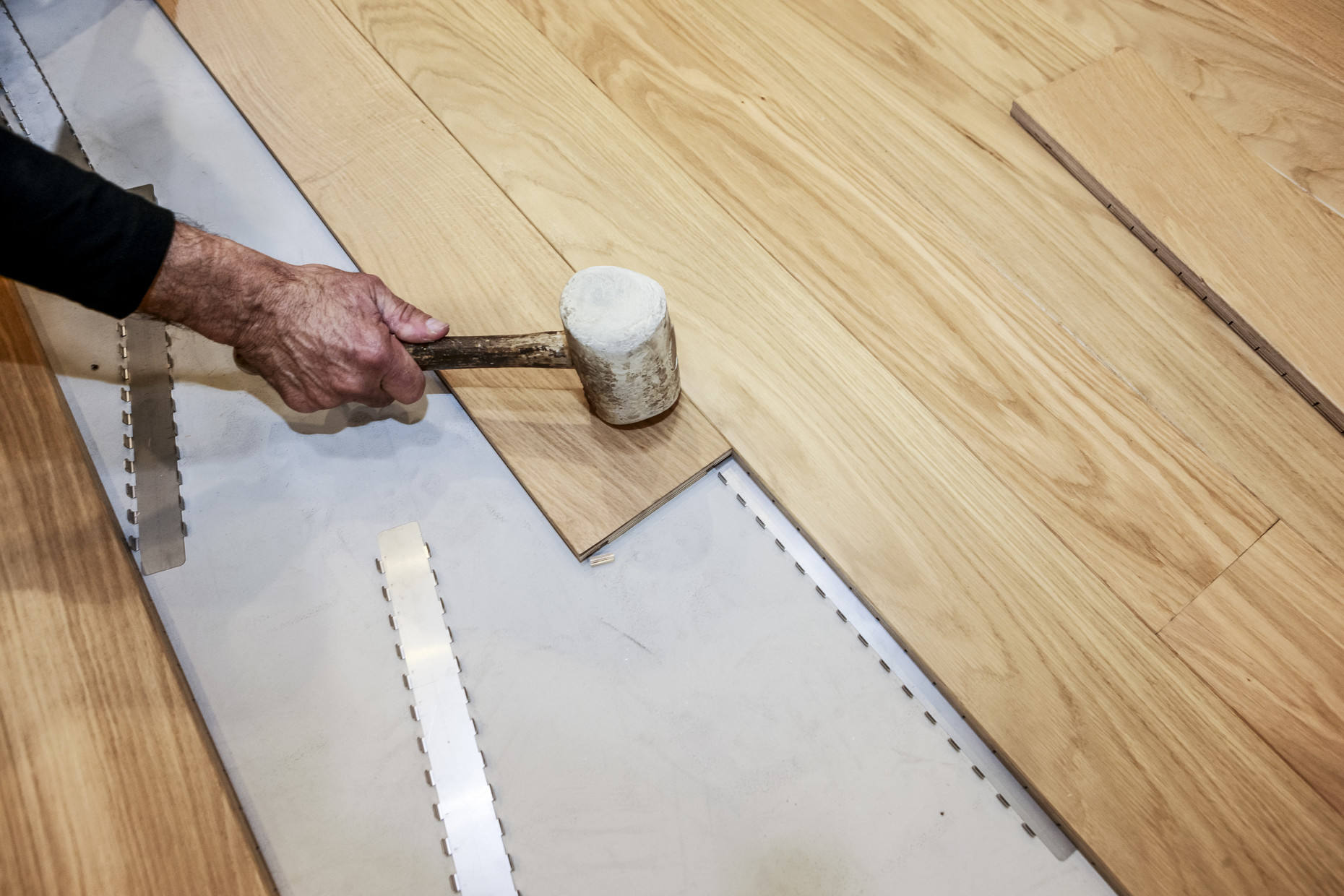 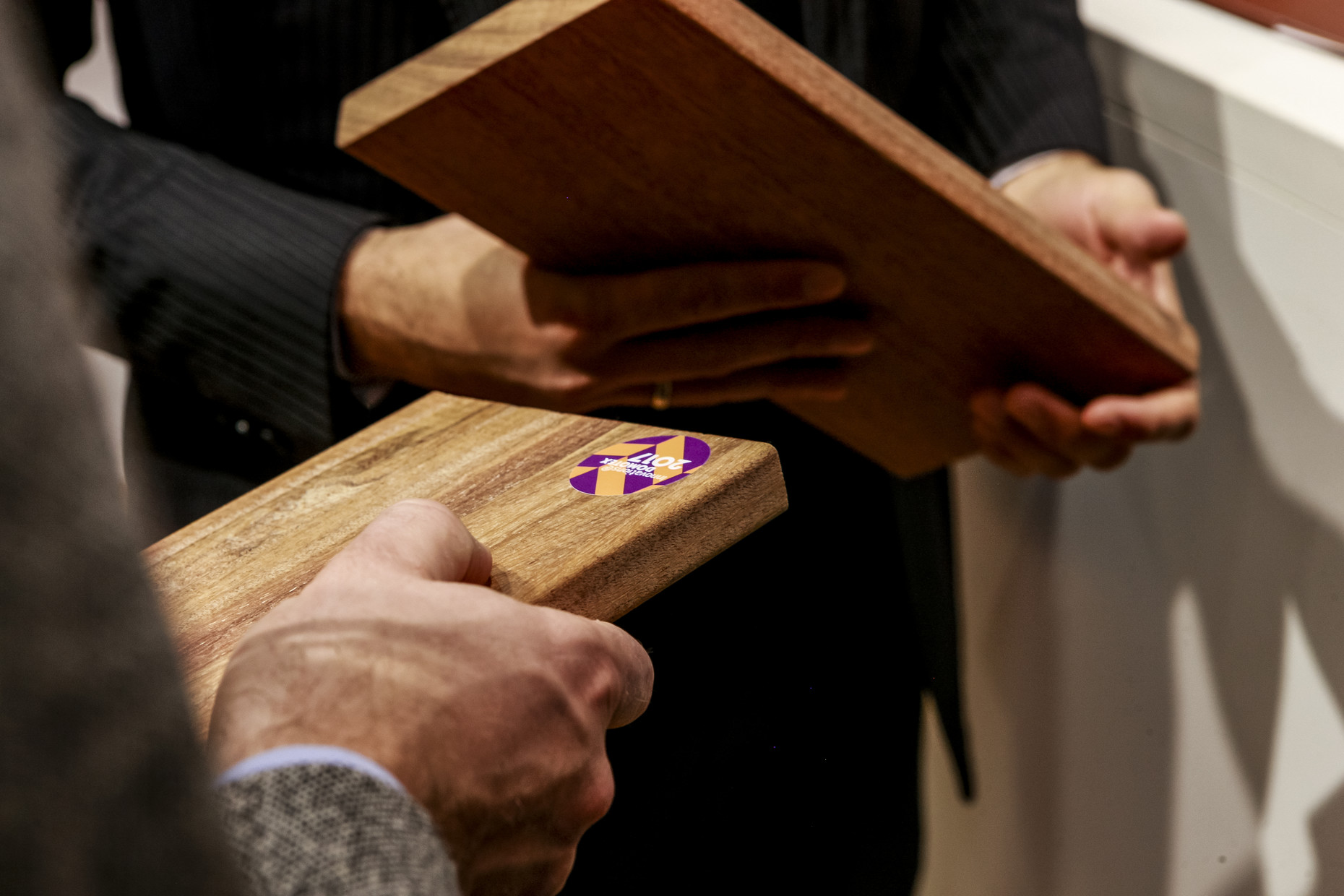 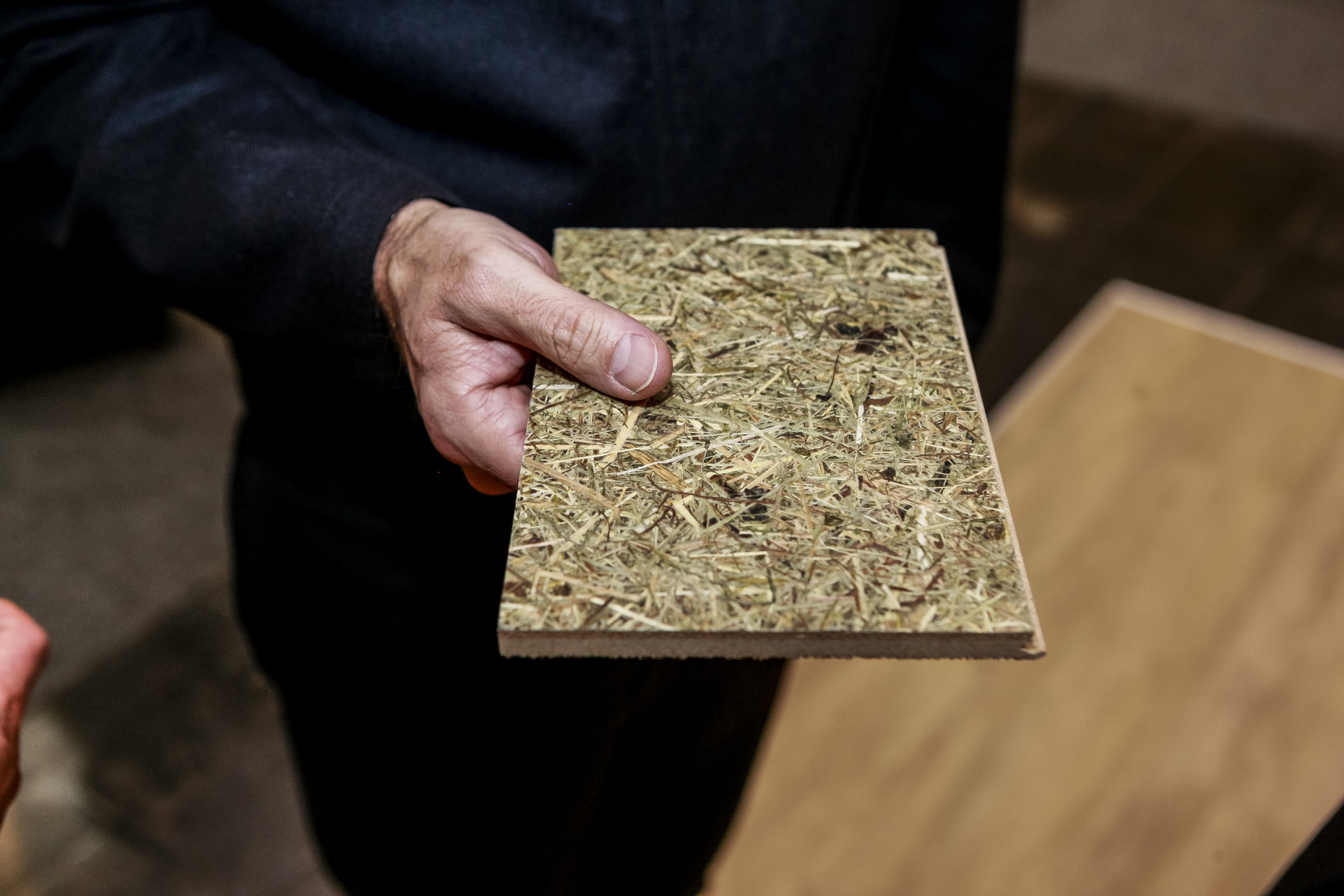 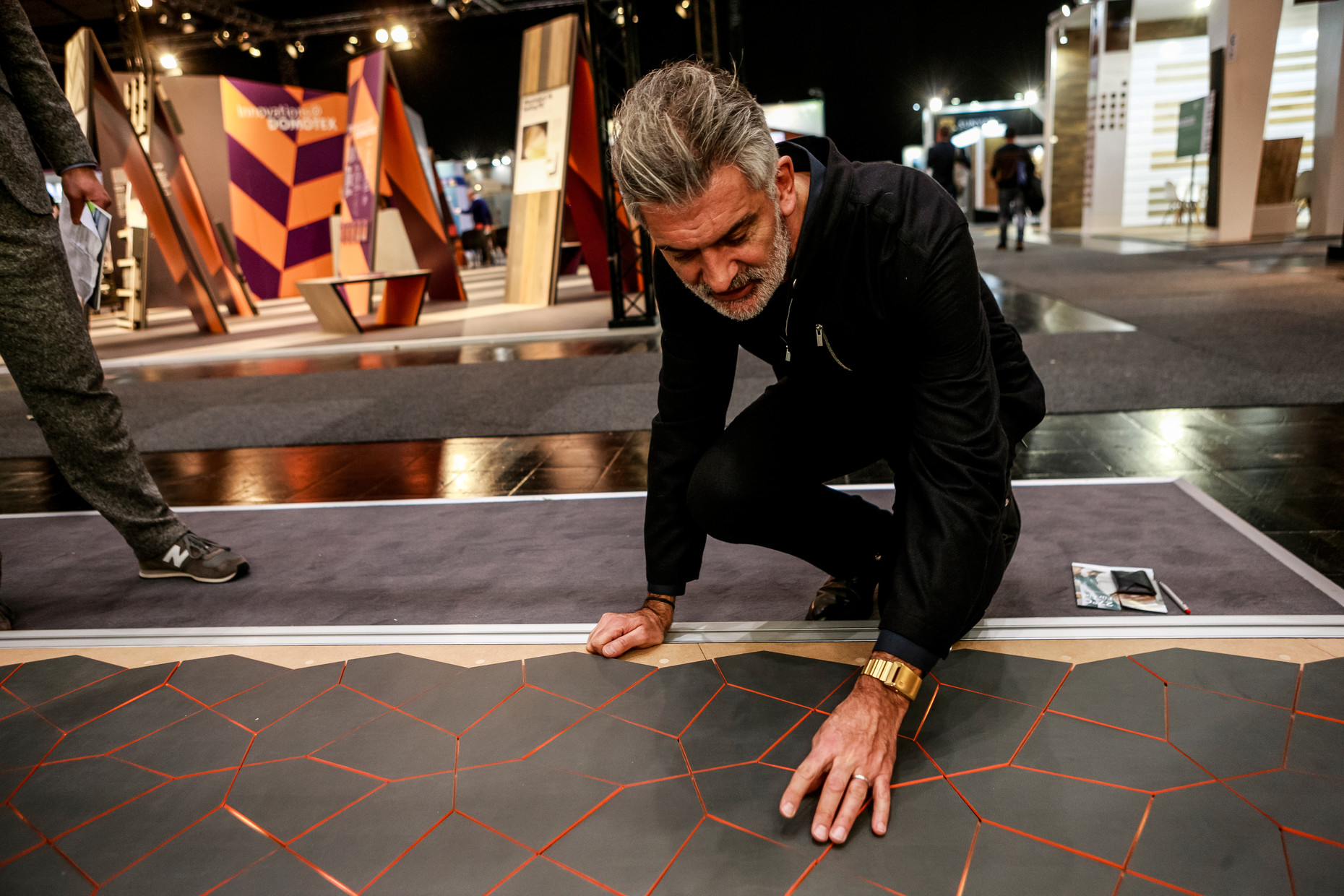 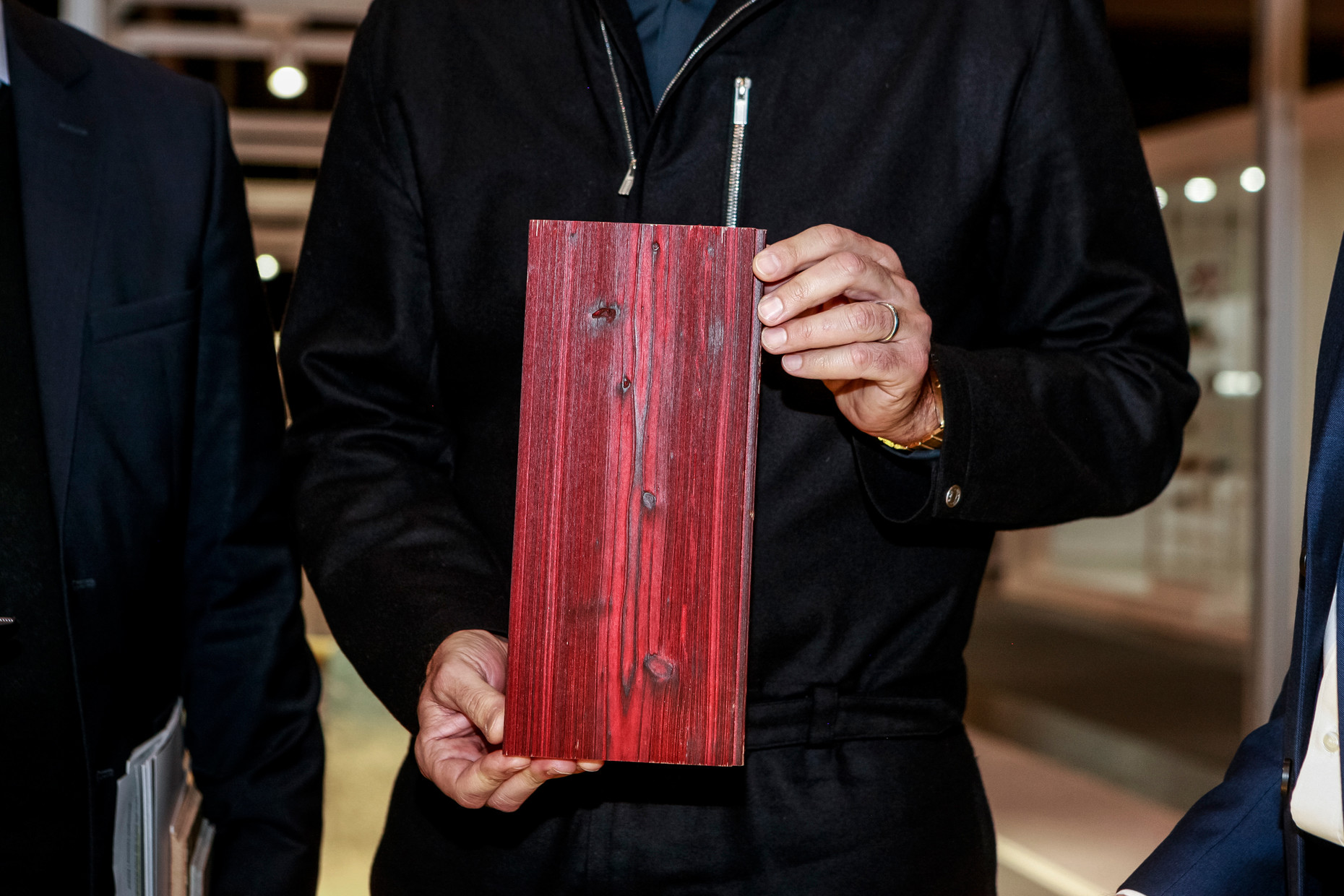 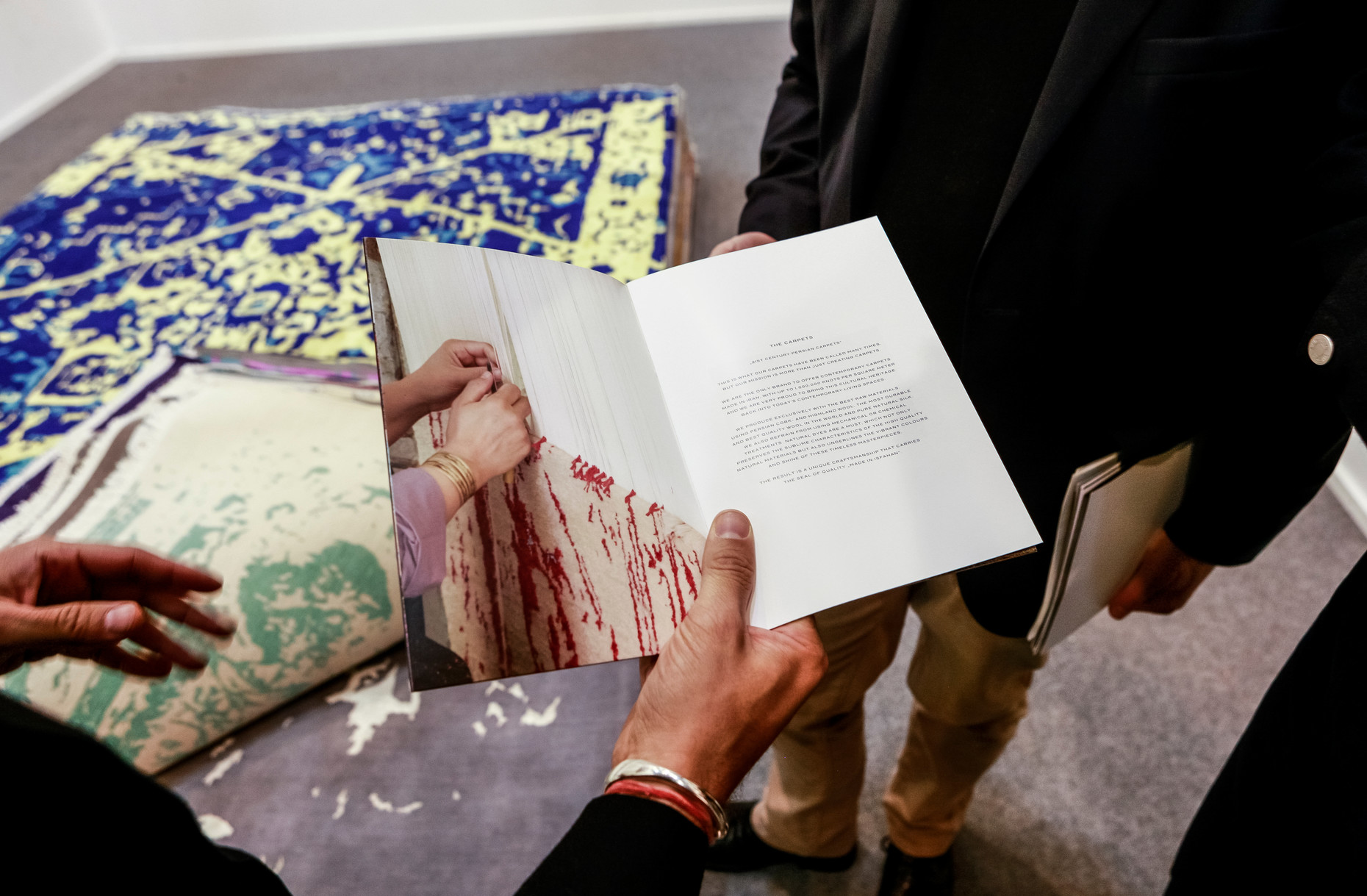 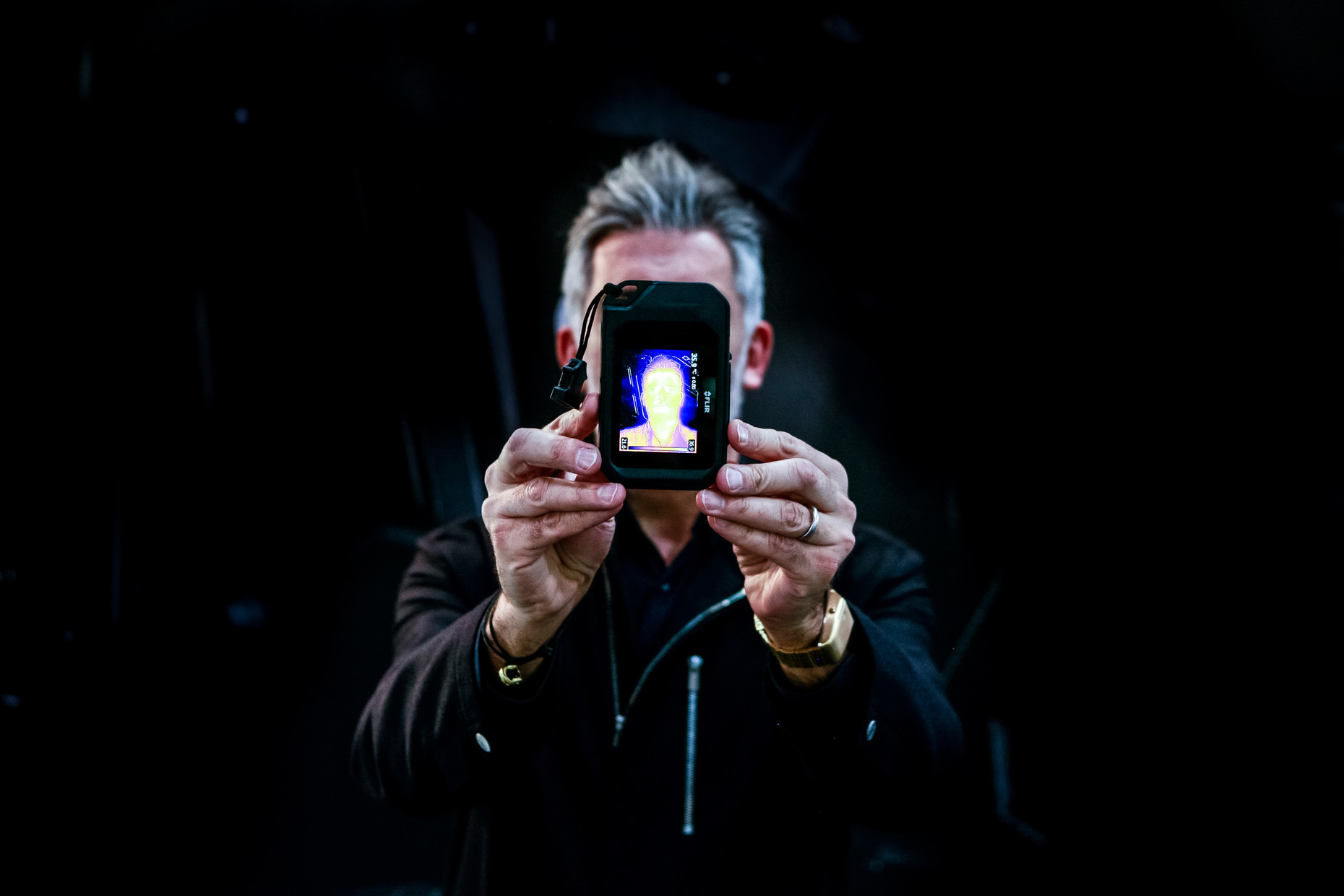 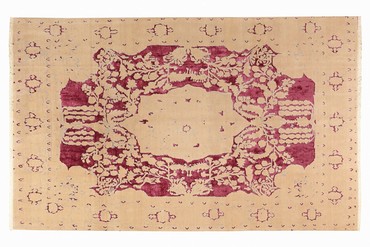 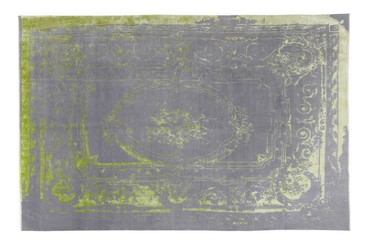 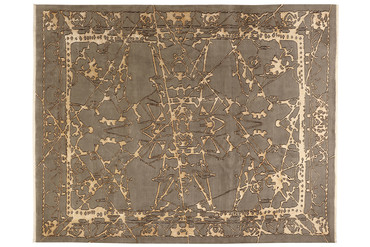 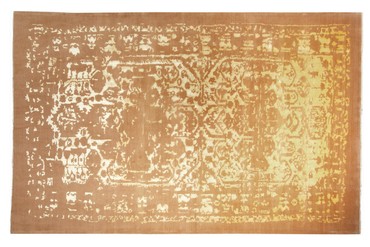