A column by Michael Erlhoff

However, at least at times, the mind really is smarter than you think. Both as regards the perception of the outer and inner worlds and when it comes to your own articulation of ideas and insights – and therefore in many ways likewise as regards design and architecture.

The link to perception swiftly becomes obvious as we humans absorb most sensory impressions pre-consciously and therefore always associate them with other impressions. For example, in the street where as pedestrians we often notice vehicles with our ears before we see them with our eyes. We experience certain other dangers first by the scent or the taste. And if we cannot see we feel our way through life. Always a little uncertain, but basically trusting that our minds will somehow grasp things and guide us accordingly.

We subconsciously accept this ability of the mind and follow it. Not that we have any choice as we cannot always think through everything that happens around or in us, reflect on it and then decide how best to act. Rather, we urgently need something that is generally and somewhat strangely called our “automatic”. Otherwise we would be so baffled as to not survive life as it is.

Yet it is curious that we don’t really appreciate this ability of the mind along with all its corporeal materiality. Instead we are forever pretending to ourselves that we are responsible for what we do or do not do. In other words, here a very vague idea of what we are crops up: mind or thought. Which is a mash that can’t be untangled, as what we have learned as thinking is linked in the idea of it with clear ideas of thinking: the one after the other, all in a specific logic, running from alpha to omega. By contrast, the mind functions quite chaotically, at least in the context of continual association. And therefore not linearly, but through any number of indirect channels and with a lot of purported chaos.

At some strange oblique level we nevertheless accept this truly unbelievable ability of the mind – which becomes even clearer in the area where humans find and articulate thoughts. A superb example of this is the general idea that if you can’t remember a name or a number you should simply think of something else and it will come back to you.

Because it simply works. We have all had the experience and can repeat it at any time. Which also applies to lectures as the lecturer occasionally shortly before a name is named or a particular point in time cited notices that he or she simply cannot remember it. Inexperienced speakers may in such a situation produce helpless mistakes, rack their brains desperately for the forgotten data, and thus err in the well-trodden paths of their thinking minds and follow the maps defined for thought. But that simply leads to disaster. They start to stutter, and give up. In such a situation, and they are far from rare, all that helps is to rely on your mind to release the data at some point, in order words be sure that you will remember what is was you wanted to go on talking about. And certainly in more than 90 percent of such instances the mind as it were quite spontaneously delivers the articulation required.

We can only deduce from this that the deeply associative methodology and ability of the mind, and thinking in our culture today compulsively rejects this, at least sometimes, if not often is far superior to the general rules of logic. This was something that the otherwise so stringent logician Immanuel Kant had to recognize in his “Critique of Judgment” and presumably also when he mixed and tasted the mustard for dinner, something he is known to have really liked doing.

All of which is no doubt of great importance for design and the perception of it. For this describes how intensely such associative processes also play a considerable role in all types of designing, namely when all manner of memories and experiences pop up in the mind in a strange hodgepodge in the form of ideas – and win the day. In fact no one can say with certainty by what paths and why such ideas, images or sounds arose and were realized. Surely some of this can be understood by experimentation and reconstructed, but gaps always remain that all too often only retroactively get filled by some justifications that then fit into the straightjacket of logic.

Things are no different with the use of things designed. People sit around somewhere and notice that the seat is comfortable or uncomfortable, but do not delve into why, or if they do reduce this to favorite clichés. The same happens if they follow signs or signals, e.g. to the right track in the railroad station or the right interstate ramp. It is no different when they read and in so doing perhaps notice that something are more or less legible, but they know nothing about typography. Even using computers or Smartphones is long sine an “automatic” action, would not be possible otherwise, only conceivable.

Yes, the mind is smarter than you think. And at times sadly a lot more stupid. Occasionally we need at least now and again to really put our minds to analytical ends. And this, too, as we shall soon see, is of central importance to design.

A very important example of this if a process you can easily test yourself. Almost all people at any rate in halfway capitalist societies immediately recognize the “Coca-Cola” logo. Just like that, automatically. But no one, not even professional graphic designers, are able to reproduce it halfway correctly by hand if they do not have it in front of them. All of them make the same rough mistakes, and are surprised by them.

One thing is obvious here: The mind is only set (and such logos and brands thrive on this) to recognize something, not to reproduce it. Because, and this become obvious in this process, the mind acts very efficiently and only does what it directly has to do. If we occasionally want more, then we have to think about it first.

The next example is even more drastic and it cuts to the quick of design, as it were: We have actually known since the mid-19th century (when scientist Helmholtz proved this) that the human eye is by no means able to see right angles and parallel lines and that it cannot even if both eyes are used. This can very easily be demonstrated on the basis of the eye’s optic structure but nevertheless to this day almost always encounters complete astonishment or contradiction. Evidently it contradicts thinking, as people believe they can easily see right angles and parallel lines. It is all the more important, though, as so many views and outlooks today hinge on right angles. Houses, computer screens, TVs, windows and much more besides.

It is strange. As we again have to realize that the mind is idiosyncratic and functions very efficiently or at least rejects too much work and wants to be idle. For this reason, everything that is similar is treated as equal. Which Leibniz already knew when in the glorious gardens of villas in Hanover he instructed his aristocratic pupils to search for two identical leaves from trees and bushes. Yes, no chance, even if at first sight the two may have seemed identical. The mind at times possesses something like guidelines or notions of congruence to which everything that is perceived gets aligned.

It is easy to imagine this, if you paint the following picture for yourself: You walk through a forest at night in the complete dark, something to which you are completely unaccustomed. Meaning the only orientation is sound or things you bump into (OK, there is also smell). So you listen carefully and hear a very many sounds. No problem, as long as you hear things you know or can at least identify. Such as the rustle of leaves in the wind, perhaps an owl whose articulations you think you have some idea.

Now this all gets problematic (and this we can obviously assume) if things come to your ears that you do not know. Disoncerted, perhaps panicking? The your mind kicks in. And tries and prevents this happening by associating all the unknown sounds with known ones, in order to create the impression that nothing is unknown and is instead common knowledge. In this way, all fear is potentially suppressed and panic avoided. Albeit by means of deception. This process occurs in all walks of life, with people being misled (precisely because, as outlined above, many of our perceptions and ideas and articulations inattentively trust them mind, and this leads to mistakes.

One can well conceive what this means for design and architecture, as precisely there a lot of the thinking is in right angles. Mere imaginations, no sign of light.

Now this need not always end in misery, especially as slips now and again and thus what are essentially erroneous perceptions and articulations can definitely bring forth wonderful insights and constructs. However, we are not certain this will happen, and this problem of the stupid mind trimmed purely to efficiency can produce sheer and utter nonsense and disaster, deceive us into false notions that can take an unhuman, antisocial and occasionally fatal turn. Not that the thinking that simply acts differently and no better is better, as it likewise obviously brings forth a lot of nonsense and any number of instances of cruelty.

One does not know it, one needs to think about it, bring it to mind, and make certain one does not forbid opening in all design and far beyond, and nevertheless frequently simply trust the smart mind. Nothing is for certain.

He is an author, design theorist, corporate consultant, curator and organizer; he has been, among other things, CEO of the German Design Council, Advisory Council member of documenta 8 and Founding Dean (and until 2013 professor at) of the Köln International School of Design/KISD. Erlhoff was founder of the Raymond Loewy Foundation, is a founding member of the German Society of Design Theory and Research and as a visiting professor heads projects and workshops at universities in Tokyo, Nagoya, Fukuoka, Hangzhou, Shanghai, Taipei, Hong Kong, New York and Sydney. Since 2016 he teaches as an honorary professor at the Braunschweig University of Fine Arts. 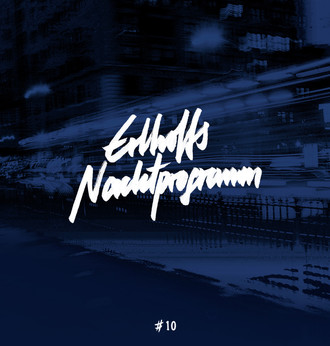 Musings on the olfactory system. A column by Michael Erlhoff. 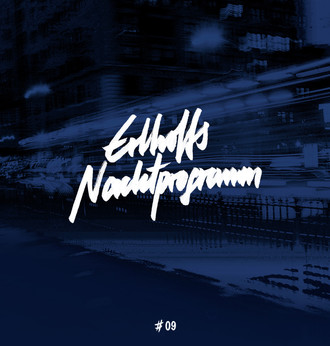 On collector zest and garbage dumps

A column by Michael Erlhoff how design preserves itself. 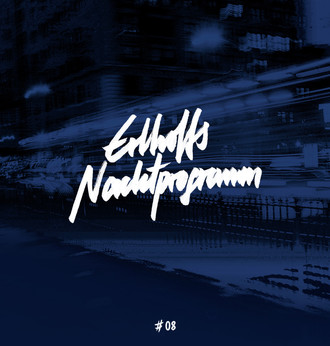 Show who belongs to the club

A column by Michael Erlhoff about Brands as designed denunciation. 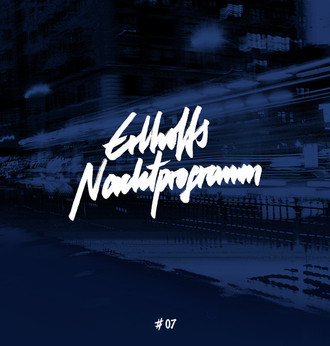 A column by Michael Erlhoff on the tricky ambivalence of service design.