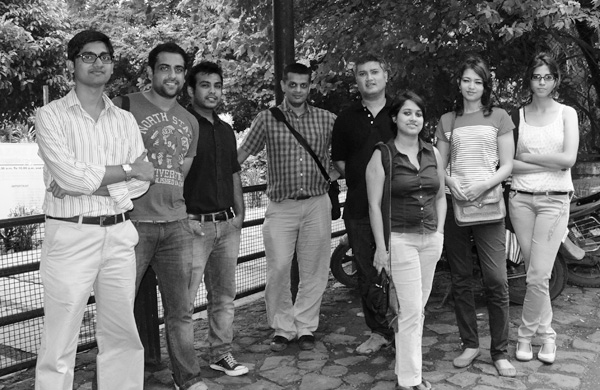 The architects of CRIT, photo © CRIT

You assume that different social groups and classes have different visions for the future, ranging from a high-tech society to absolute catastrophe. What does this mean in practical terms?

CRIT: These are two different things. Historically our visions of the future have occupied the realms of utopia and catastrophe, as can be seen in the wide range of works from the worlds of architecture, literature, film, etc. that have presented a consideration of the future. In most of these, the future is either a high-tech utopia or in ruins. However, different kinds of people (diverse not only in their class, but also position, caste, politics, etc.) have their own visions of the future. This is at an everyday scale. These visions vary depending upon how the particular individual views the present. For example, a middle-class man would be frustrated by congestion on the streets, while a street vendor would look at a crowd as business. While one might desire a future without congestion and crowds, the other might look for ways to tap the potential offered by them. Both of these visions and aspirations are valid, even though they are complete opposites. This is precisely what the city offers – multiple visions of the future.

What are the advantages of such variety and diversity?

CRIT: When it comes to people, diversity certainly exists. It may not be very efficient; but we believe it is useful, especially when the majority of people are not very wealthy. It is this diversity that provides opportunities, creates conditions for people to come together and open up to one other, and provides a framework for growth and scope for new things to happen. Mumbai, for example, is a migrant city which developed its own unique language; new kinds of food have evolved, as have new rituals and even new gods. And all of this creates more opportunities. Diversity makes a place more hospitable, particularly in the absence of money or state security. People come from diverse backgrounds, which in turn leads to diverse visions of the future. Consequently, there are many visions of the future here. We look at these visions as possibilities, the many possibilities that the future offers. Some may even be contradictory, as discussed earlier. Since there are so many opportunities, the future remains open and cannot be determined by ideas purported by any one individual. Everyone has a chance to participate in making the future. Our approach is to look at how to facilitate such participation.

The rich drive cars, the poor use public transport, ride bicycles or walk. How can one effect change in such a situation? What would you suggest? What could be the nature of transportation in the Mumbai of the future?

CRIT: Transportation will continue to be shaped by a range of influential agents: Oil companies, automotive companies, advertising agencies, environmentalists, car lovers, infrastructure contractors, etc. We believe that the needs of each of these agents cannot be resolved with a single design: There will be small cars and big cars, public and private transport systems, etc. All of them will exist as the markets evolve; over the coming 20 – 30 years, at least. The future cannot be addressed by one project alone. The future has many faces, each different from the next. We therefore require a variety of different initiatives. The big question for transportation will probably shift from “how to move people around faster using less or different energy” to “how to reduce or rationalize movement in the city”. This issue will call for a series of different responses – markets will have to seek out ways to create opportunities to work from home or closer to home, urban planners will find a means to reconcile distinct uses efficiently and to improve conditions for travel over shorter distances (e.g., for pedestrians), while technology will be charged with the task of conveying knowledge, facilitating transactions, operating businesses, etc., as effectively as possible without the need for physical proximity.

Collective Research Initiatives Trust (CRIT) is a group of individuals interested in developing critical understandings of and responses to the urban space. Since 2003, this amorphous group constantly expanding and contracting as and when required has been involved in research, training and intervention on/in the urban space.

The architects of CRIT, photo © CRIT 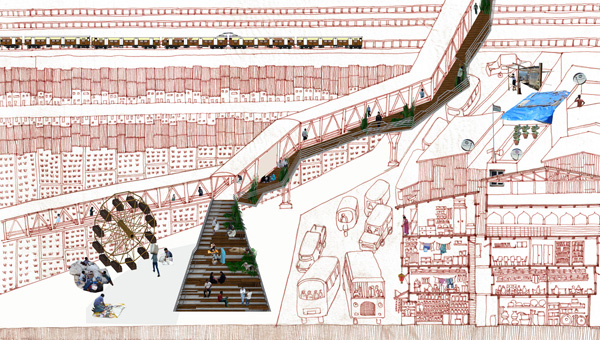 The project of the architecture collective CRIT, all images © CRIT 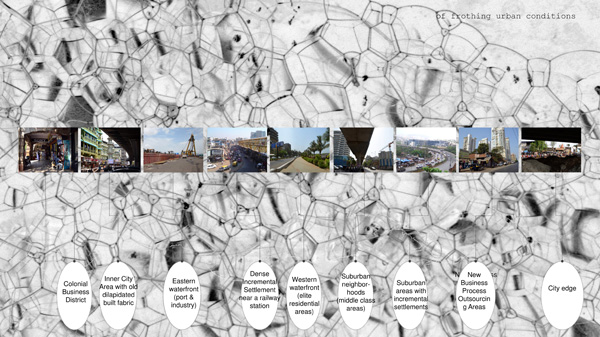 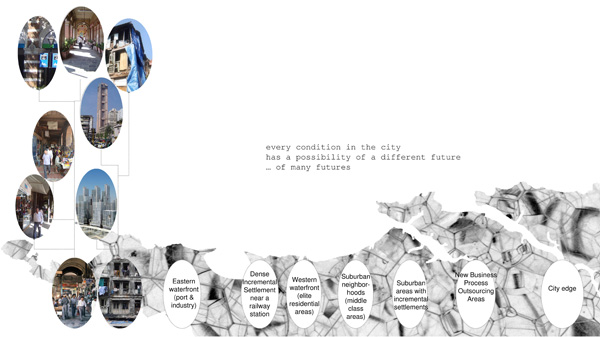 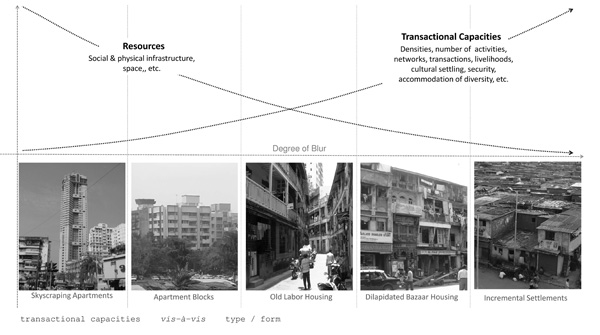